You are the owner of this article.
Edit Article Add New Article
You have permission to edit this article.
Edit
Home
News
Sports
Opinion
Lifestyle
Podcasts
Obituaries
Legals Notices
Classifieds
e-Edition
Subscribe Today
Share This
1 of 11 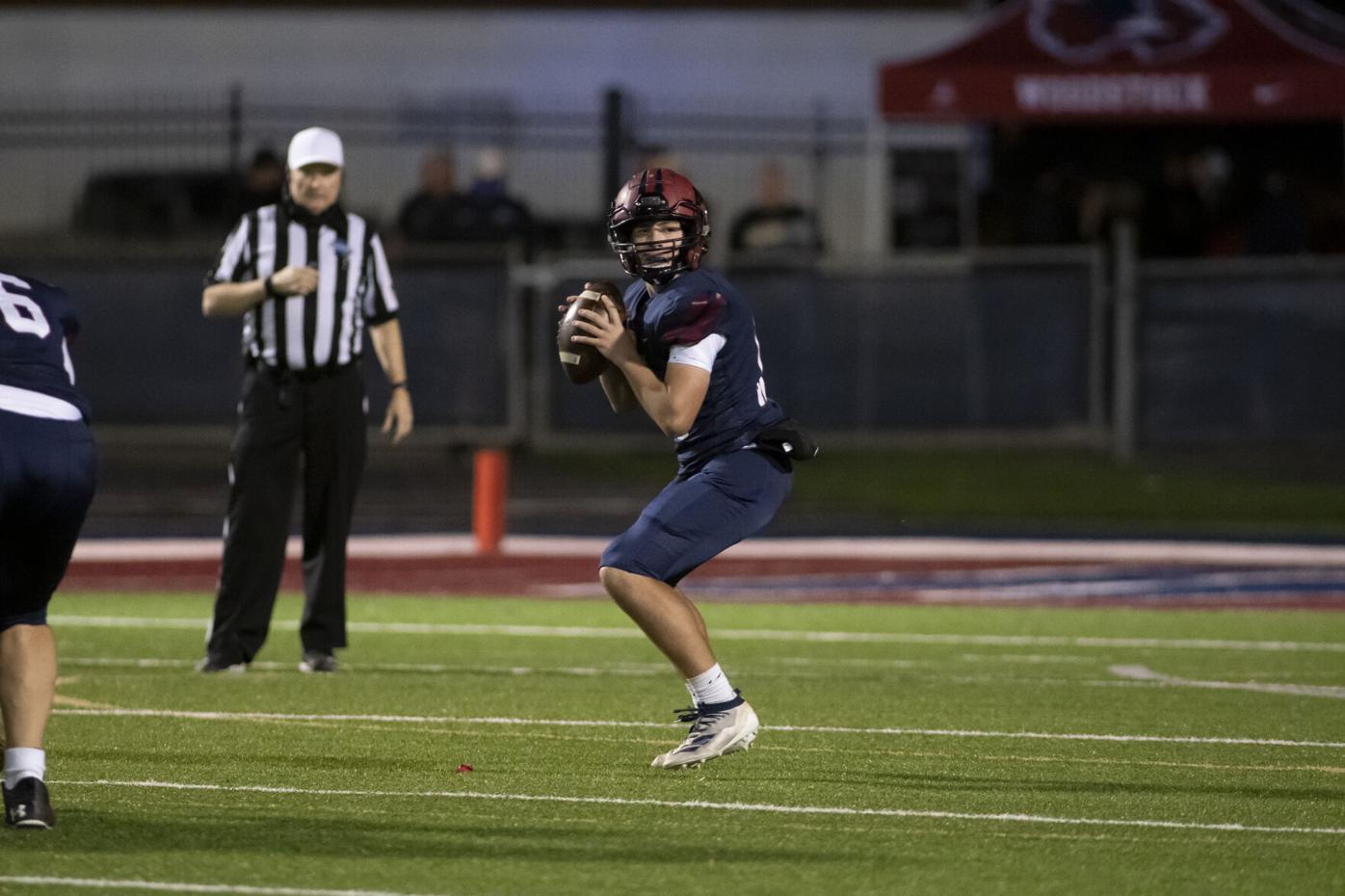 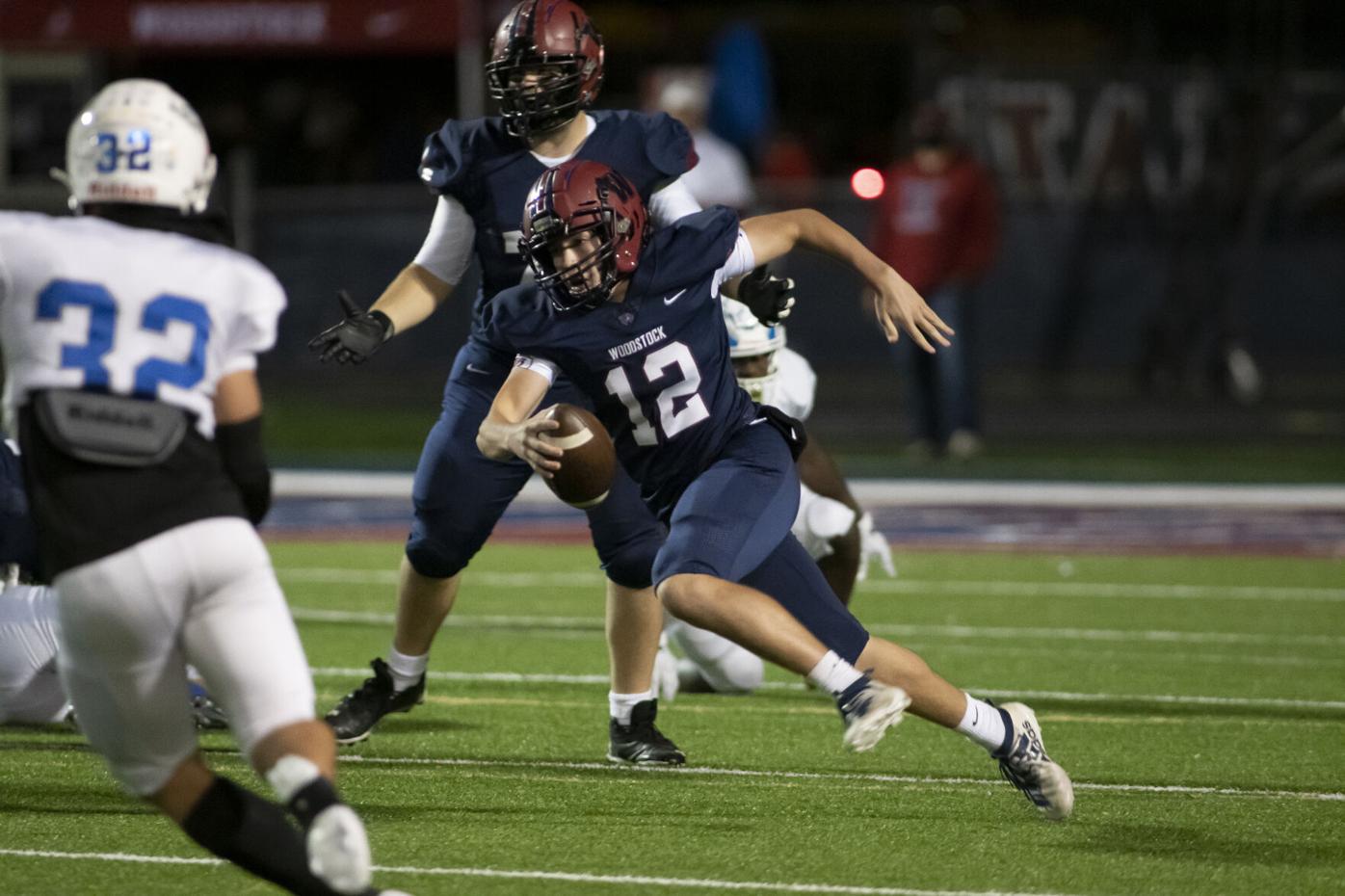 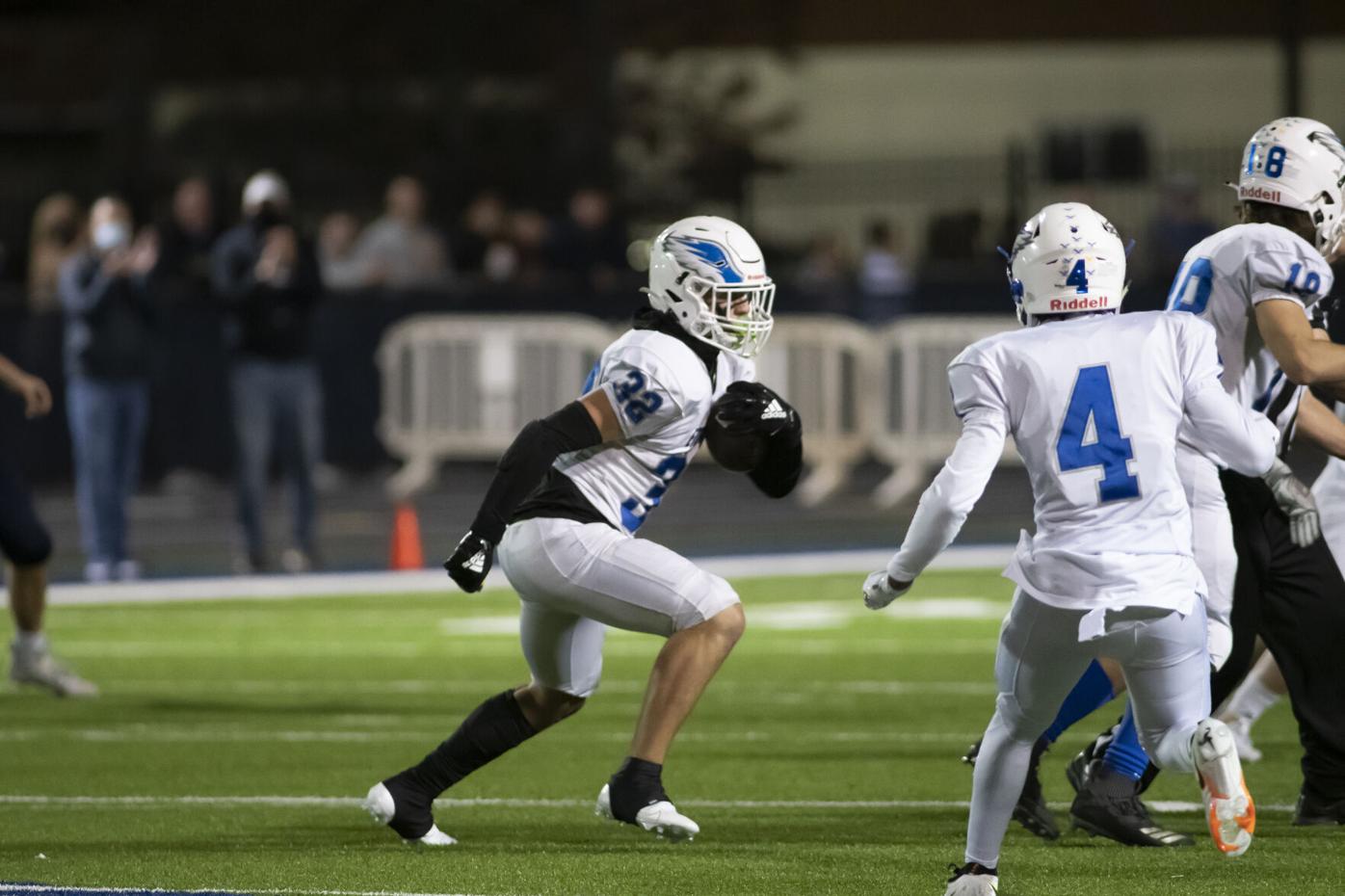 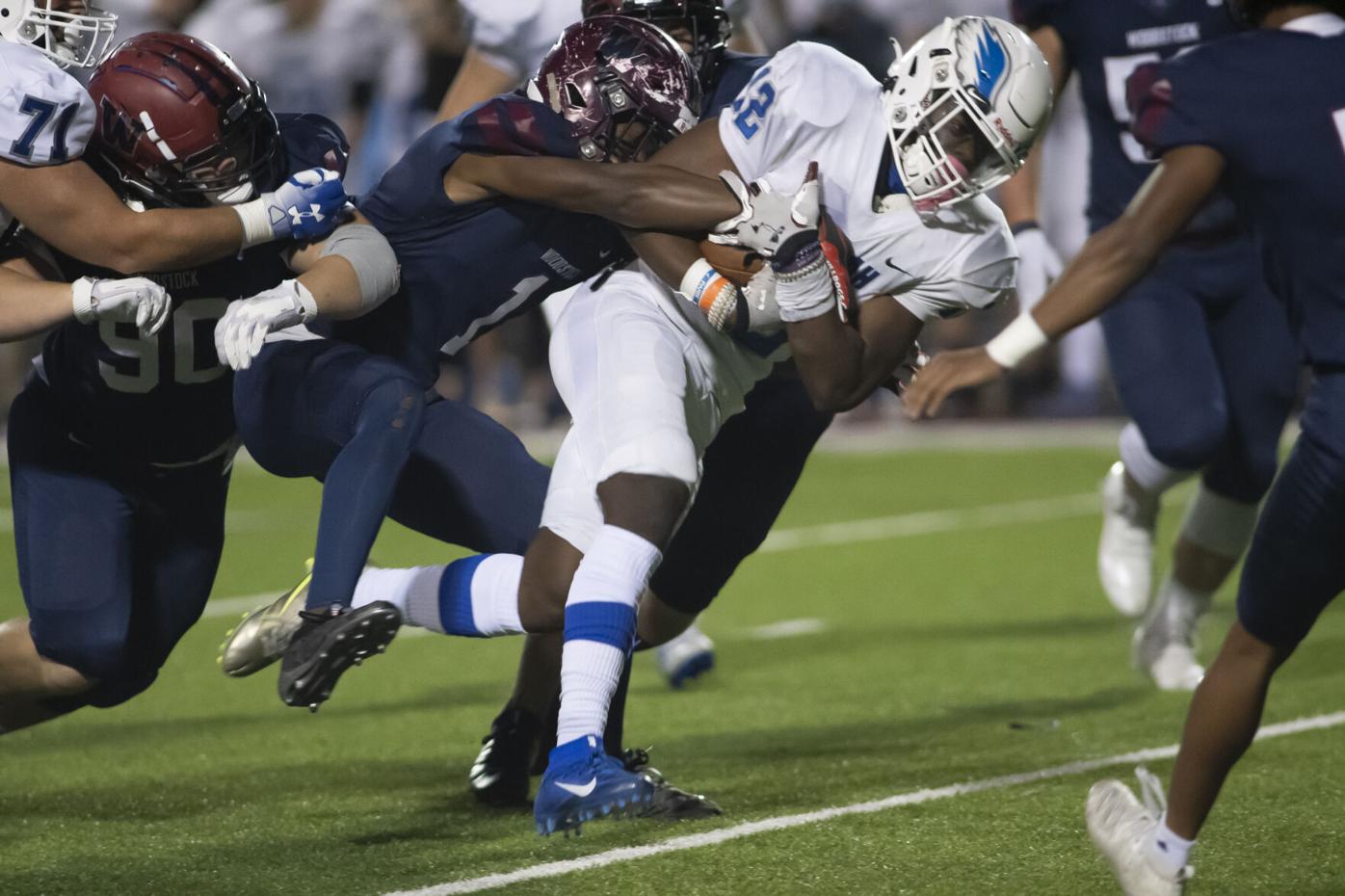 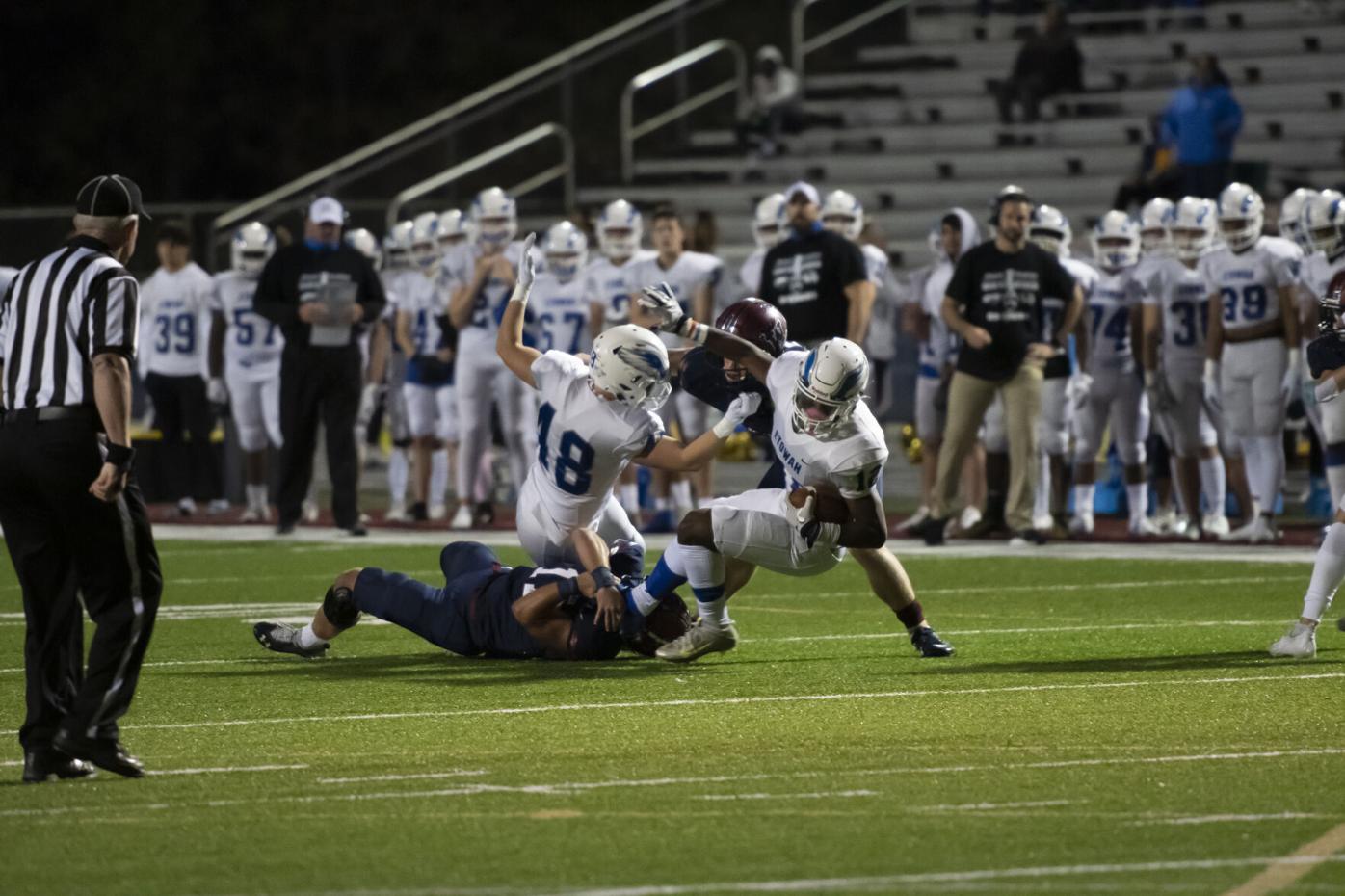 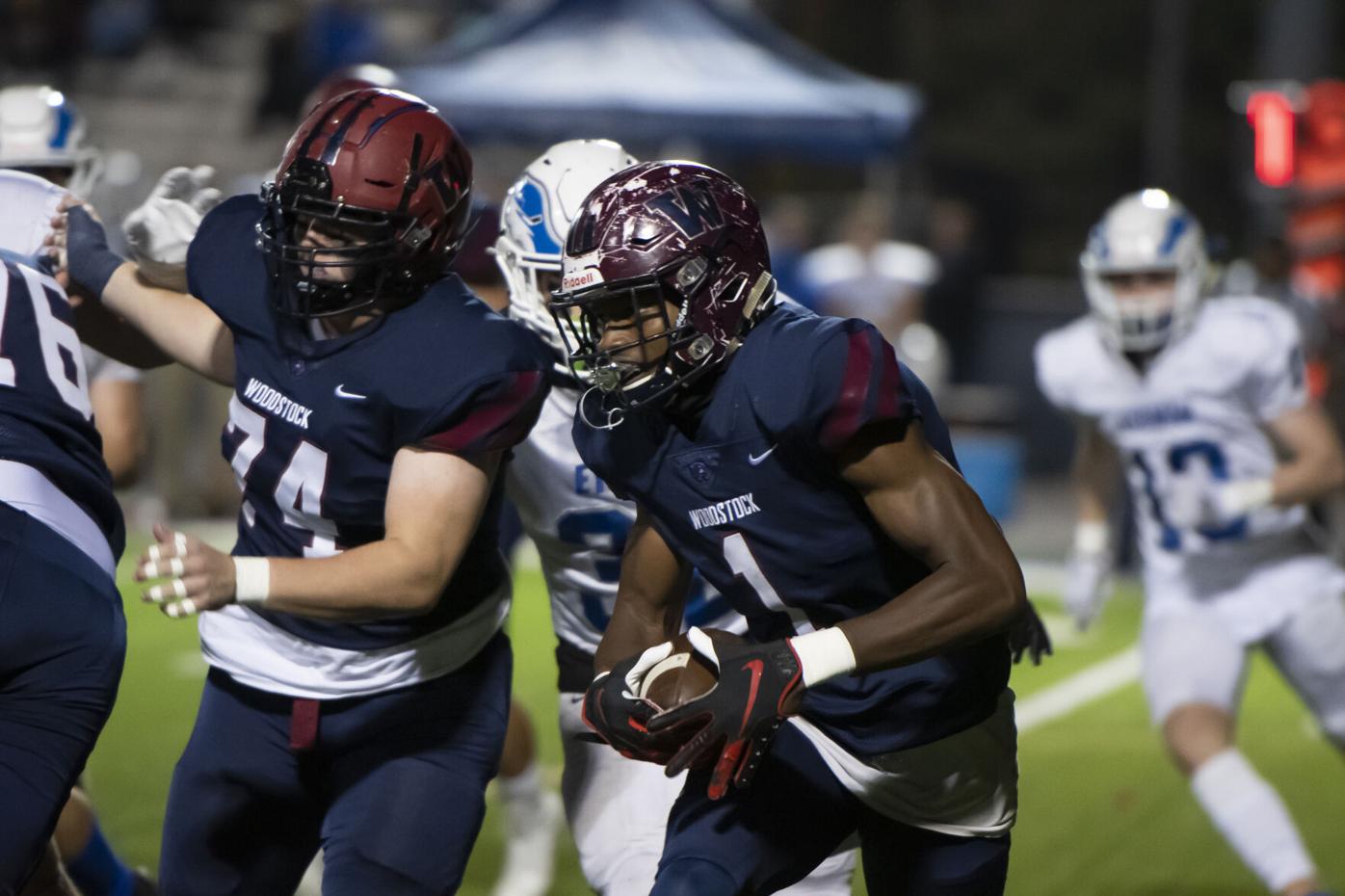 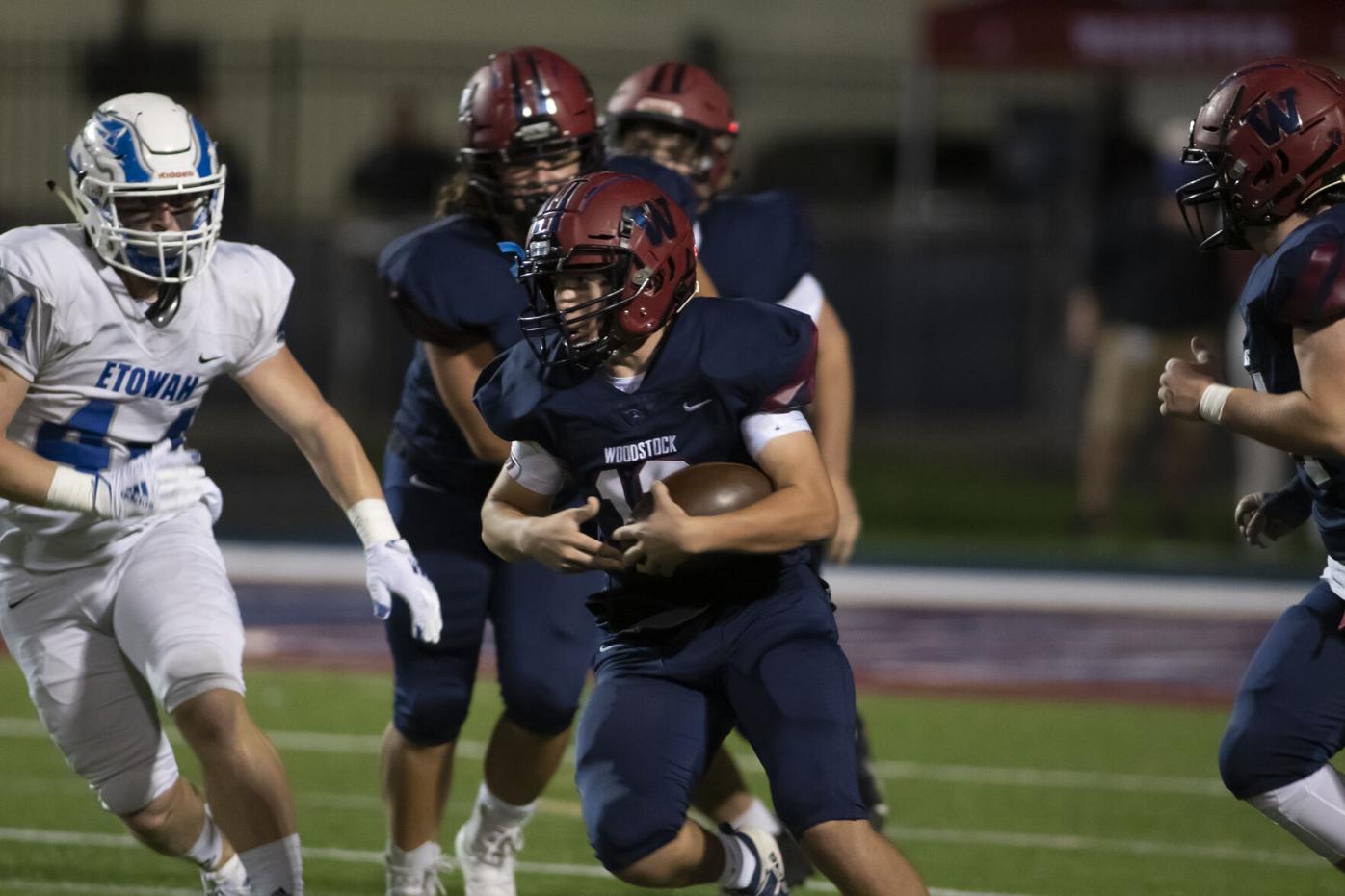 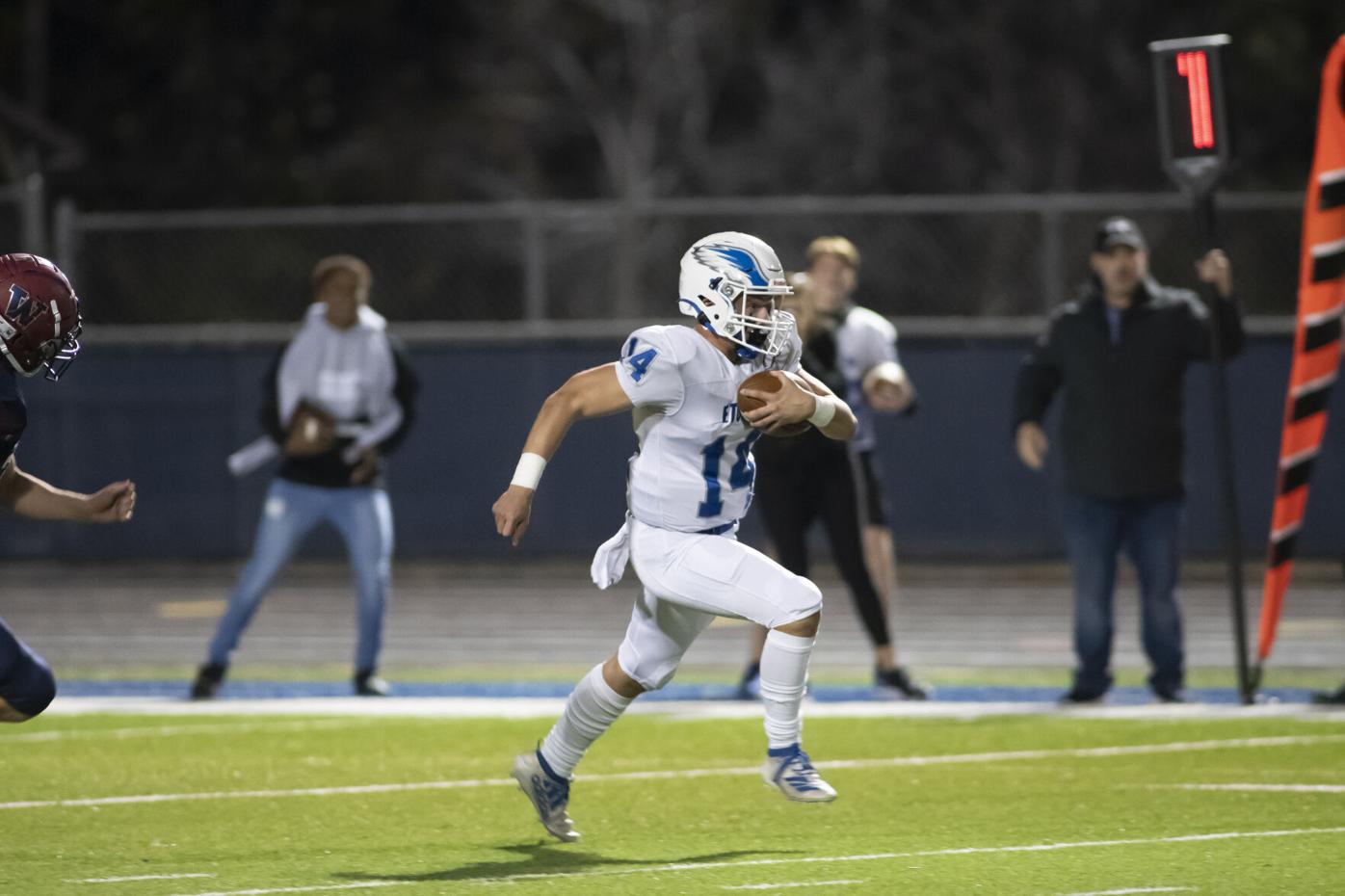 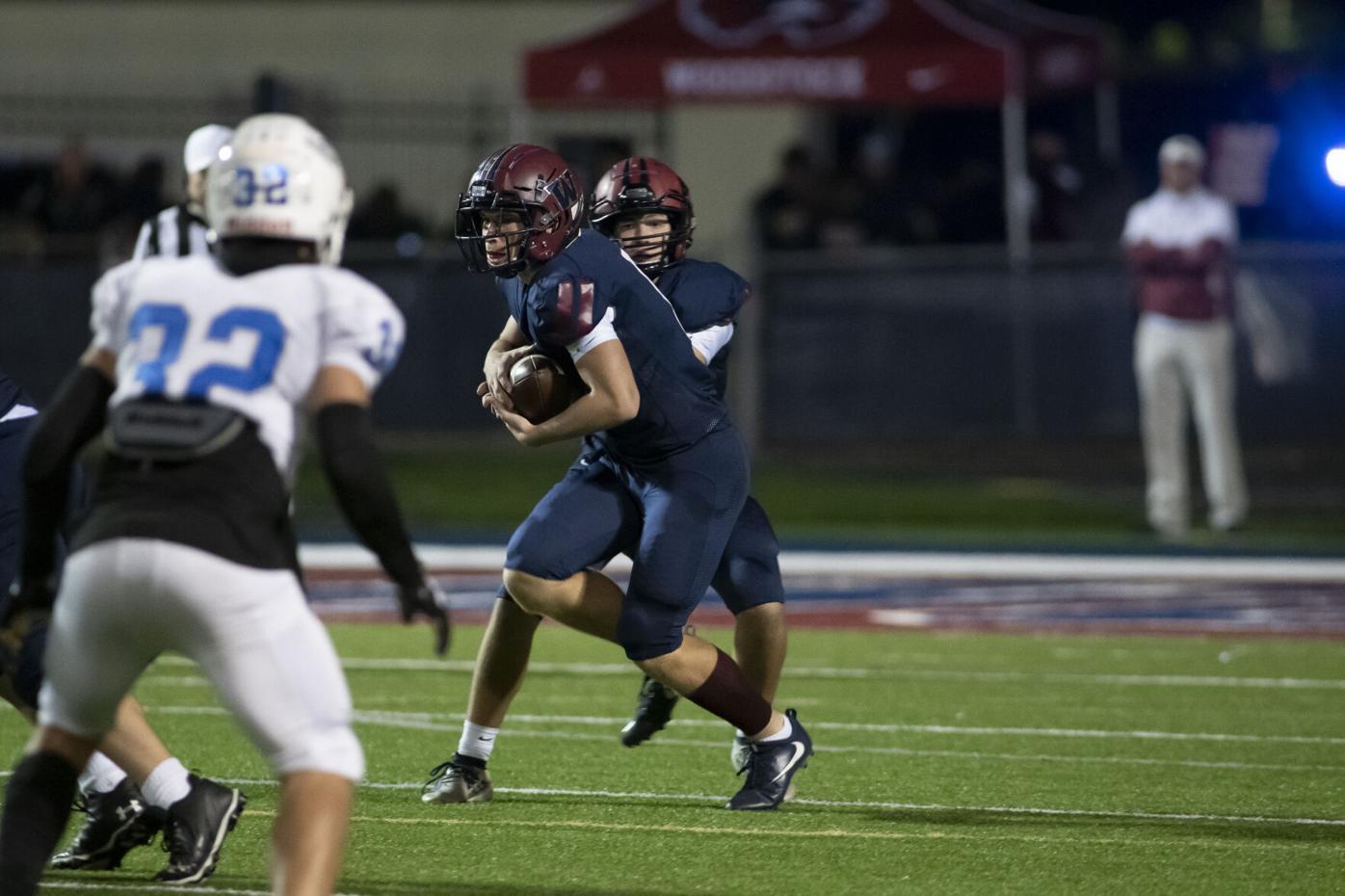 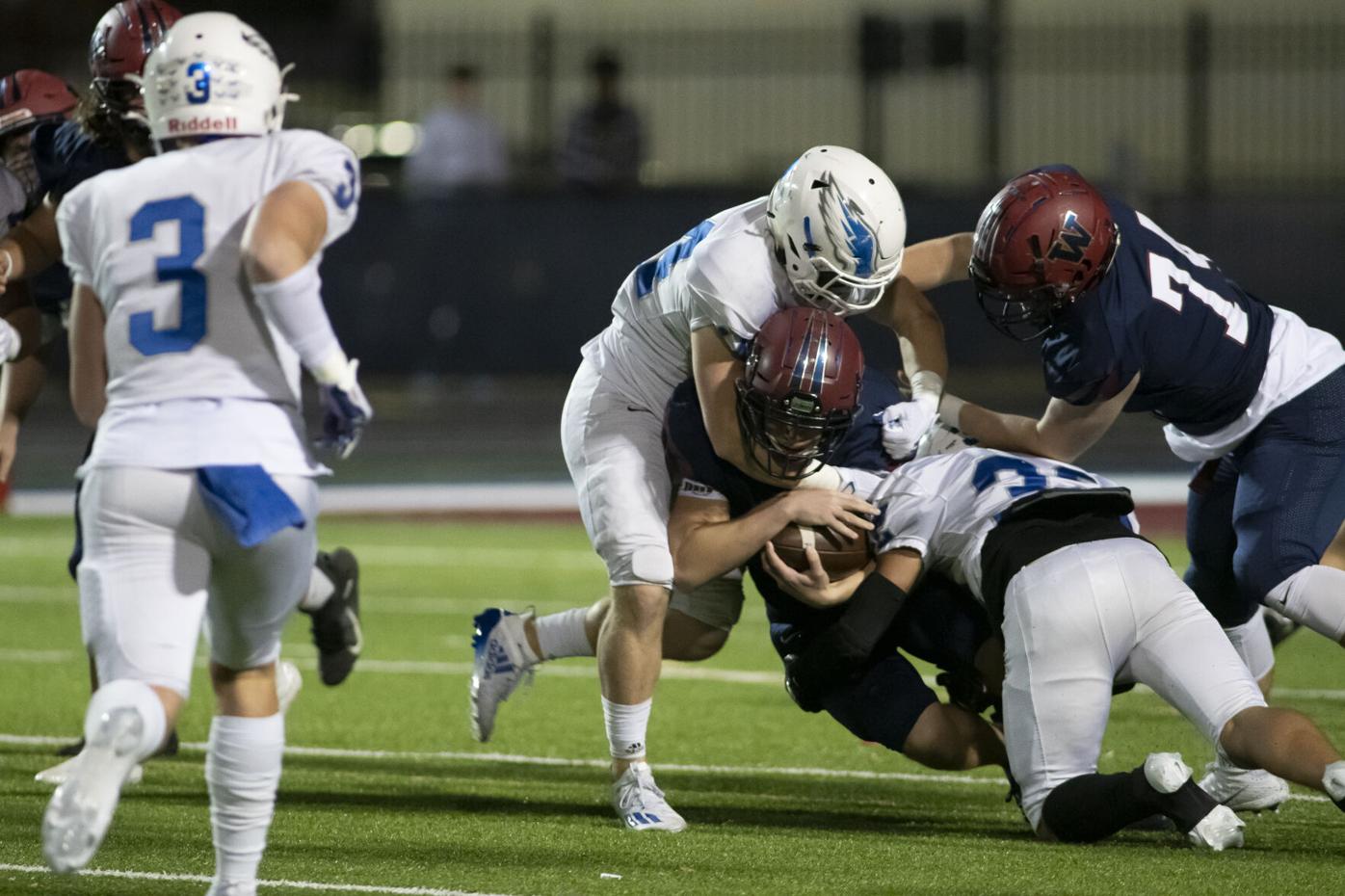 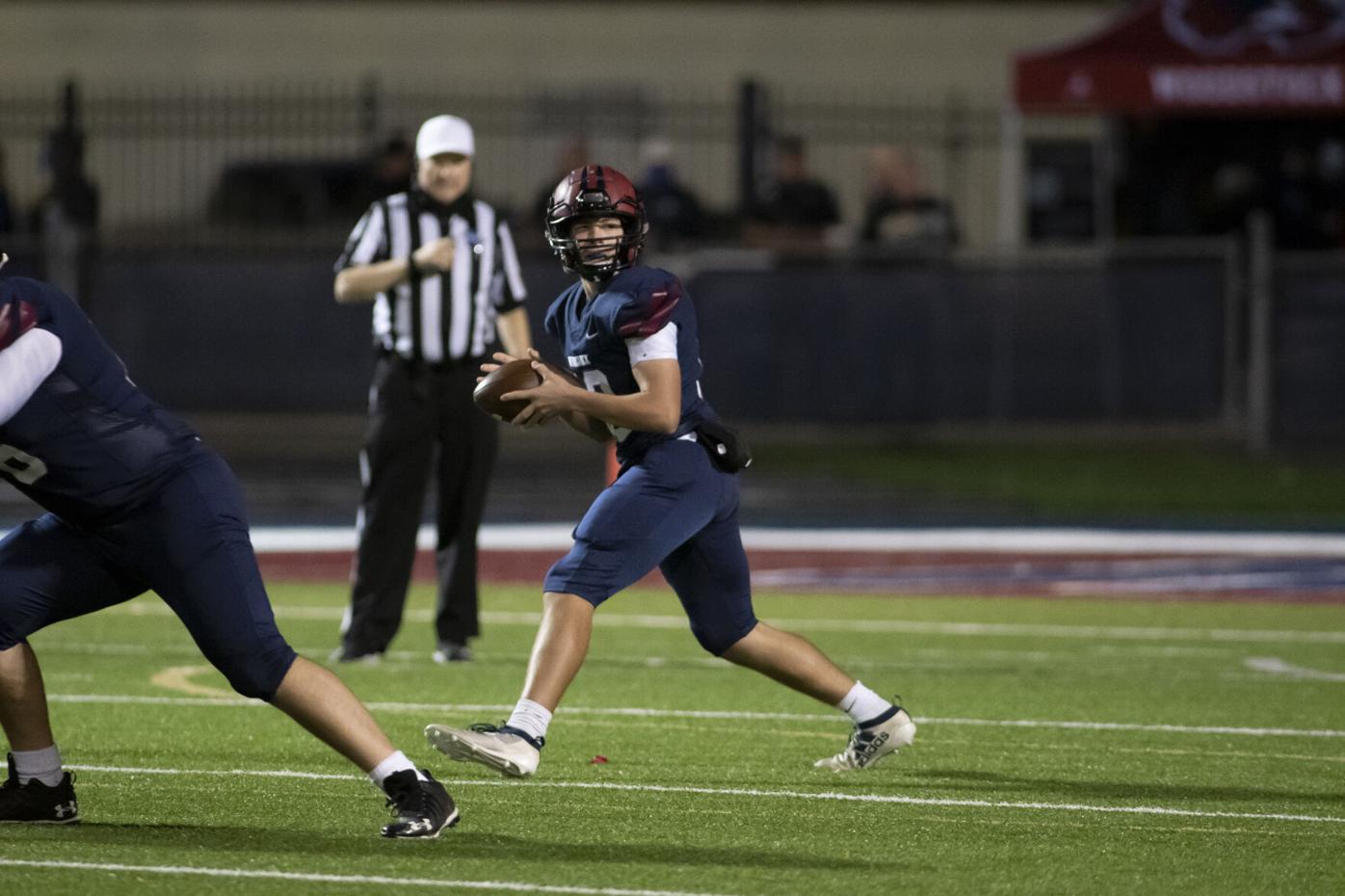 “It’s a big win for us,” Woodstock coach Brent Budde said. “We needed it and, hopefully, we can build on it. Let me say this about (Etowah). They're not a winless team really. They’ve had a really tough schedule. Etowah’s a good football team. It was a great, hard-fought battle and everything you want a rivalry game to be.”

With the game tied 7-all at halftime, the Wolverines’ defense set the tone for the second half.

On the third play, Ryan Comeau returned a fumble 24 yards for a touchdown to give Woodstock a 14-7 lead. After Etowah tied the game at 14-all thanks to Klivert Many’s 43-yard run — his second touchdown of the game — Preston Lawrence intercepted a short pass deep in Etowah territory and returned it for a touchdown, putting the Wolverines ahead for good 21-14 late in the third quarter.

A blocked punt led to a 27-yard field goal by Tyson Giles, giving Woodstock a two-score cushion early in the fourth quarter 24-14.

“Defense played great tonight,” Budde said. “There’s numerous guys across the board, and the staff did good job of making some adjustments on stuff they were hurting us on. Two touchdowns scored by the defense in the second half was huge and the three points we got was off of good field position (blocked punt). That was big.”

After an interception and three-and-out on their first two possessions, the Wolverines opened up the offense and unleashed their no-huddle passing attack, throwing for 70 of their 82 yards on the drive. Lawrence’s 2-yard run on the first play of the second quarter capped off the drive and gave Woodstock a 7-0 lead.

Etowah responded late in the first half as Many scored on an 11-yard run, tying the game at 7-all.

Many rushed for 112 yards to go with his two touchdowns.

The Eagles had opportunities early in the game to jump ahead, but a missed field goal following the interception on the first possession, as well as stalled drive at the Woodstock 32 following a 46-yard run by Will Curcio on their second possession prevented Etowah from gaining control of the game.

“We let that slip away,” Kemper said. “Can’t make those types of mistakes and not capitalize on getting turnovers early with our defense and we got nothing out of it.

“Defense played really, really well. (Woodstock) only scored 10 points. I’m proud of that, but we can’t be (like) that offensively.”