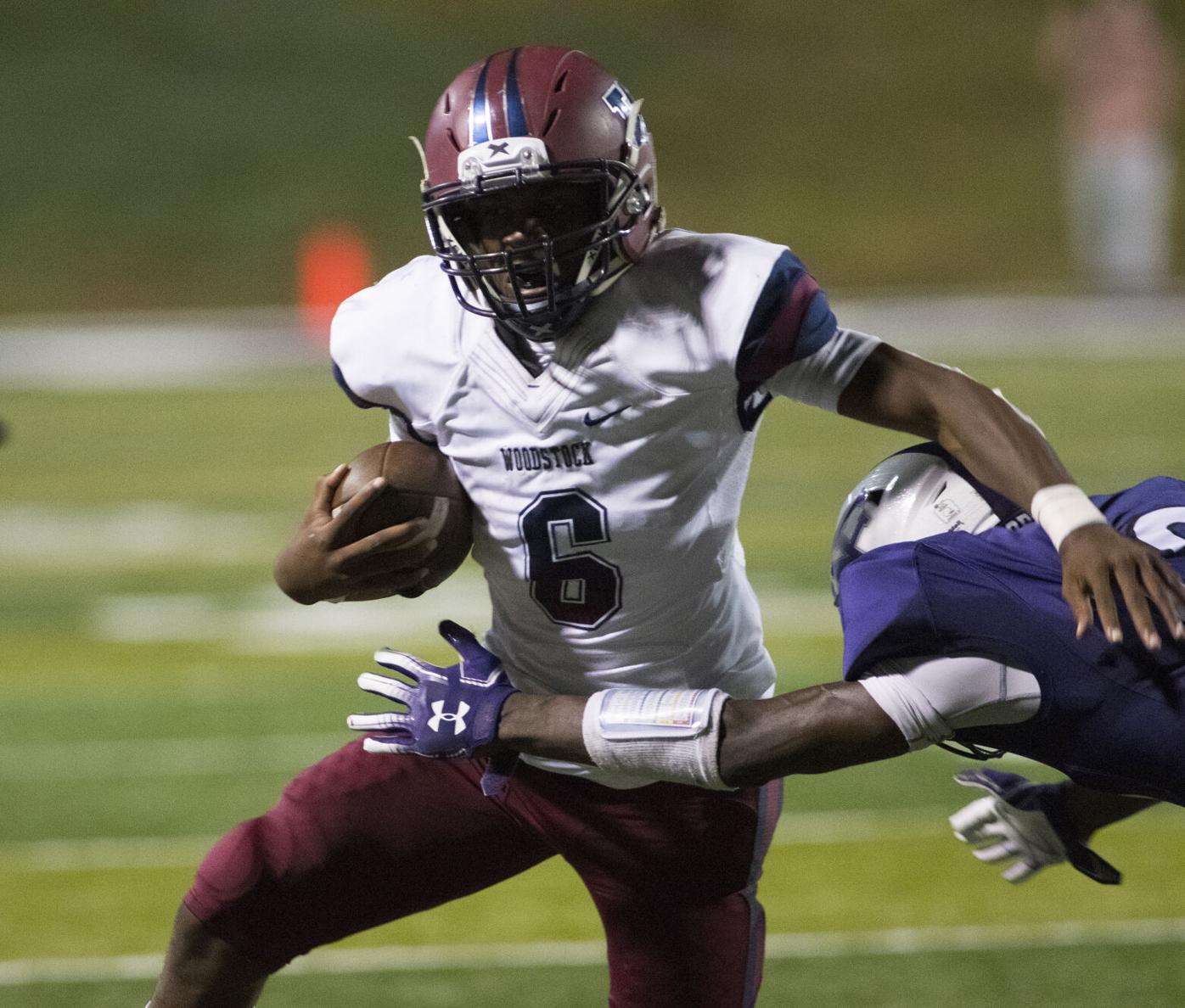 Woodstock’s V’ontae Hamton runs the ball in a 2019 game against North Forsyth. 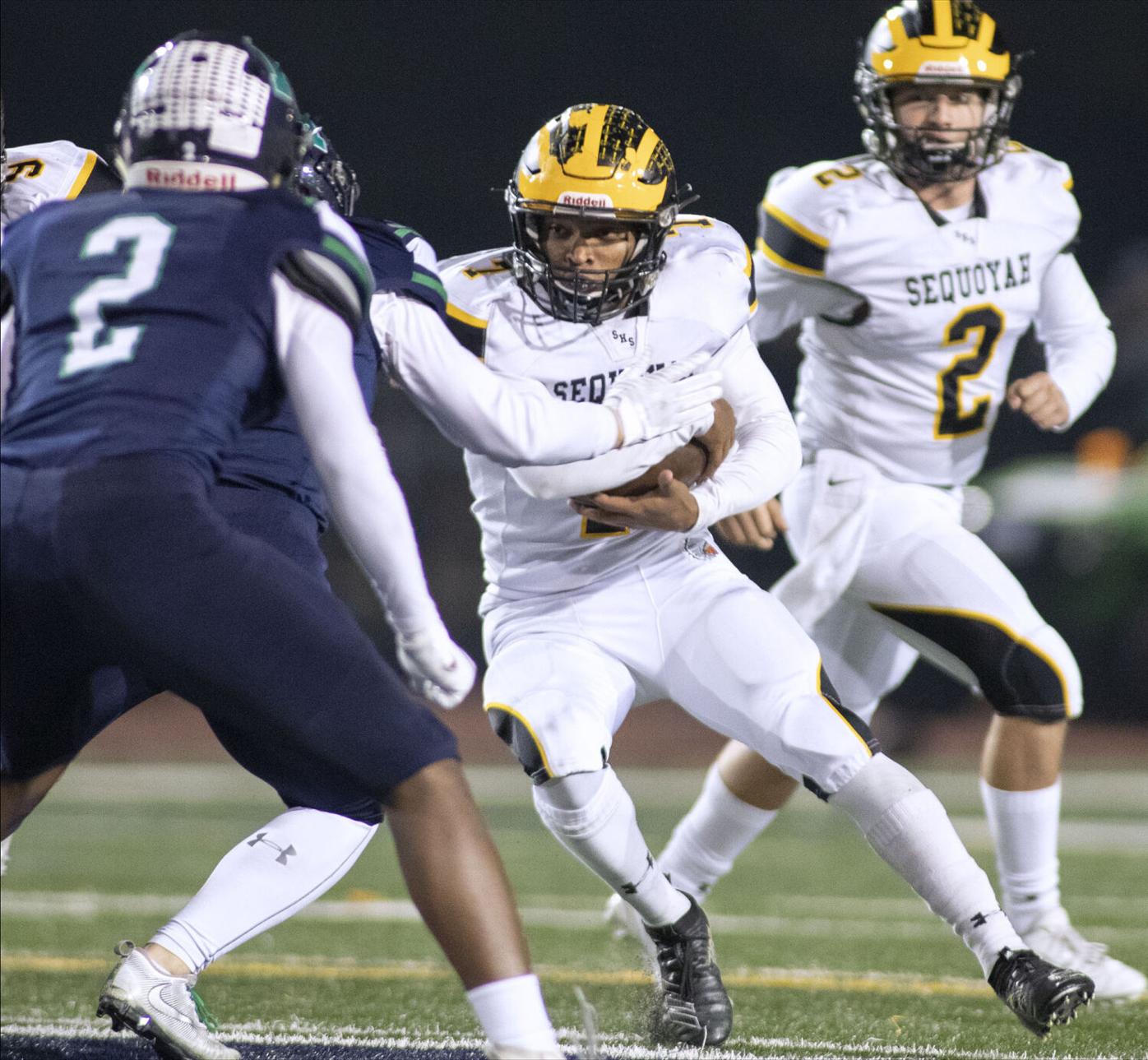 Sequoyah’s Jaden Mitchell cradles the ball as he nears the line of scrimmage against Harrison during a game last season.

Woodstock’s V’ontae Hamton runs the ball in a 2019 game against North Forsyth.

Sequoyah’s Jaden Mitchell cradles the ball as he nears the line of scrimmage against Harrison during a game last season.

The two longest-tenured coaches in Cherokee County will square off Friday as Sequoyah hosts Woodstock in a battle between two programs looking to get back to winning ways.

Brent Budde is entering his 11th season as the head coach at Woodstock and his 24th overall. He will have the best player in the county and one of the best in the nation on his side as senior defensive back David Daniel, a Georgia commit, is one of the highest-ranked players for the class of 2021.

Budde said Daniel should play a pivotal role on both sides of the ball and is “gonna be out there a lot.”

“He looks even better than last year,” Budde said. “He’s worked really hard this offseason and not rested on his offers or commitment. I think people are going to notice a difference.”

Preston Lawrence will take over at quarterback in Woodstock’s spread system and will have the benefit of several playmakers surrounding him.

Running back V’ontae Hampton returns after finishing fourth in the county last year in rushing yards, and wide receiver Wes Bruno should also provide an excellent target on the outside. Bruno returns as the leading receiver after earning first-team all-region and honorable mention all-state honors last year. Sebastian Moss also returns at receiver, while Daniel is likely to get plenty of offensive touches.

Brett Stefan should play a key role on both the offensive and defensive lines, with David Pabis and Jorge Torres joining him on the defensive front. Jarae Foster and Hudson Burns will join Daniel in the defensive secondary. Ryan Comeau will return from injury and should make an immediate impact at linebacker.

With the uncertainty during the offseason amid the coronavirus pandemic, Budde echoed other coaches in praise of his own players.

“The kids have really handled it well,” Budde said. “We’re just very grateful that we’re going to be able to play a game on Friday. For a while there, I wasn’t sure.”

James Teter is leading Sequoyah for the 12th season and will need to find a new quarterback with the departure of Collin Koprowski. So far, junior Connor Gelatt and sophomore Matthew Traynor have been battling it out.

“I like what I see every day because our kids are working extremely hard,” Teter said. “My biggest concern has been not having the scrimmages or contact camps over the summer. We really have a lot of untested kids, and we’ll see how some of them handle the pressure that comes on Friday nights.”

Jaden Mitchell finished third in the county in rushing yards last season and will likely be the main cog in Sequoyah’s Wing-T offense. Flanking Mitchell in the backfield will be Aidan Moore, who could be primed for a breakout year after flashing potential last season. Sequoyah returns only one offensive lineman, and the new group will need to get up to speed quickly.

Defensively, defensive linemen Kemar Plummer, Avery Born and Harrison Hood return. Safety Jack Blackman earned all-county honors and should continue to be one of the most reliable defensive backs in the area. Mitchell will play alongside Blackman and should provide a safety blanket for the entirely new crop of linebackers.

“Up front defensively, we should be pretty good,” Teter said. “Jack being back really helps us in the secondary, and Jaden looks like where he left off, maybe a little better.”