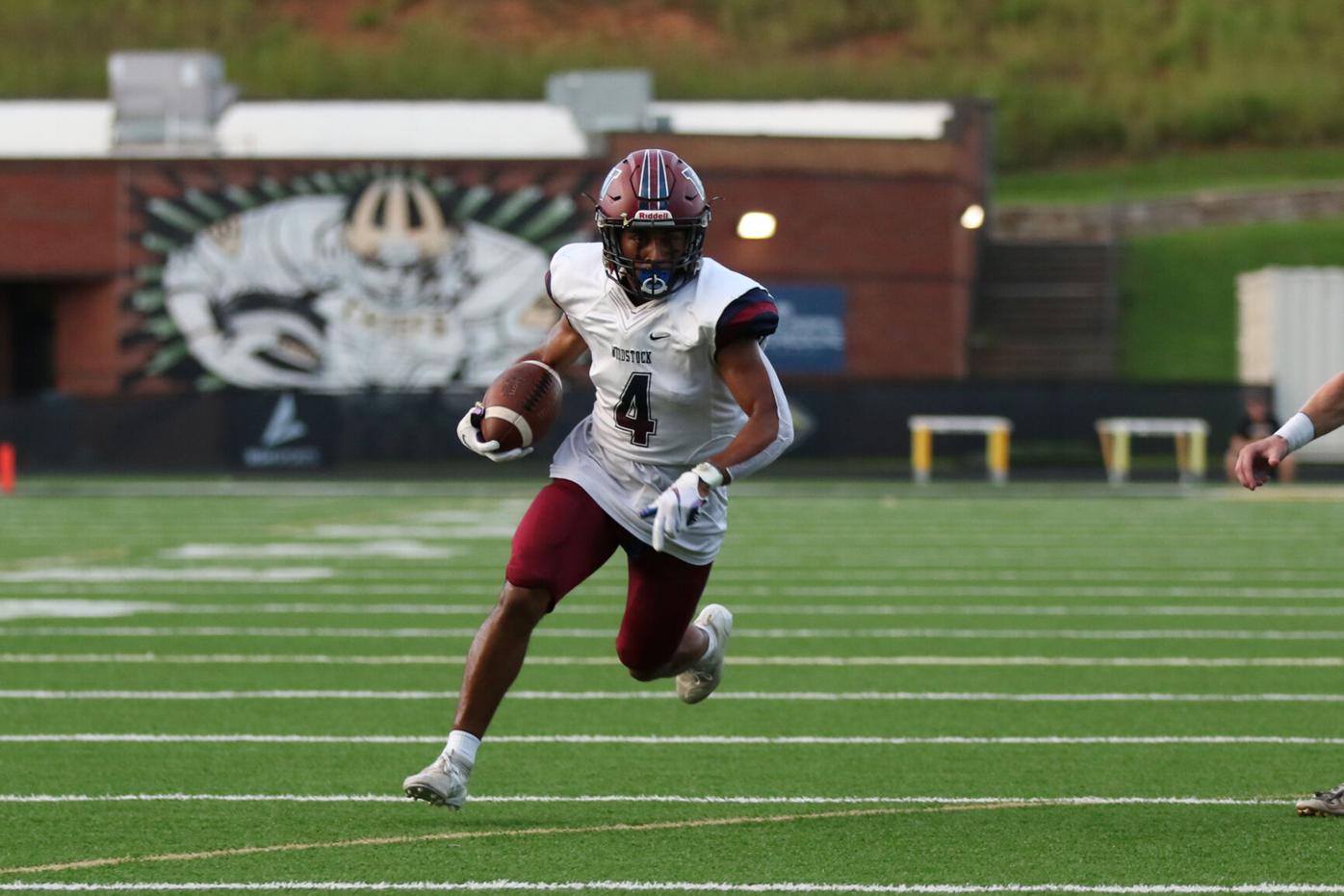 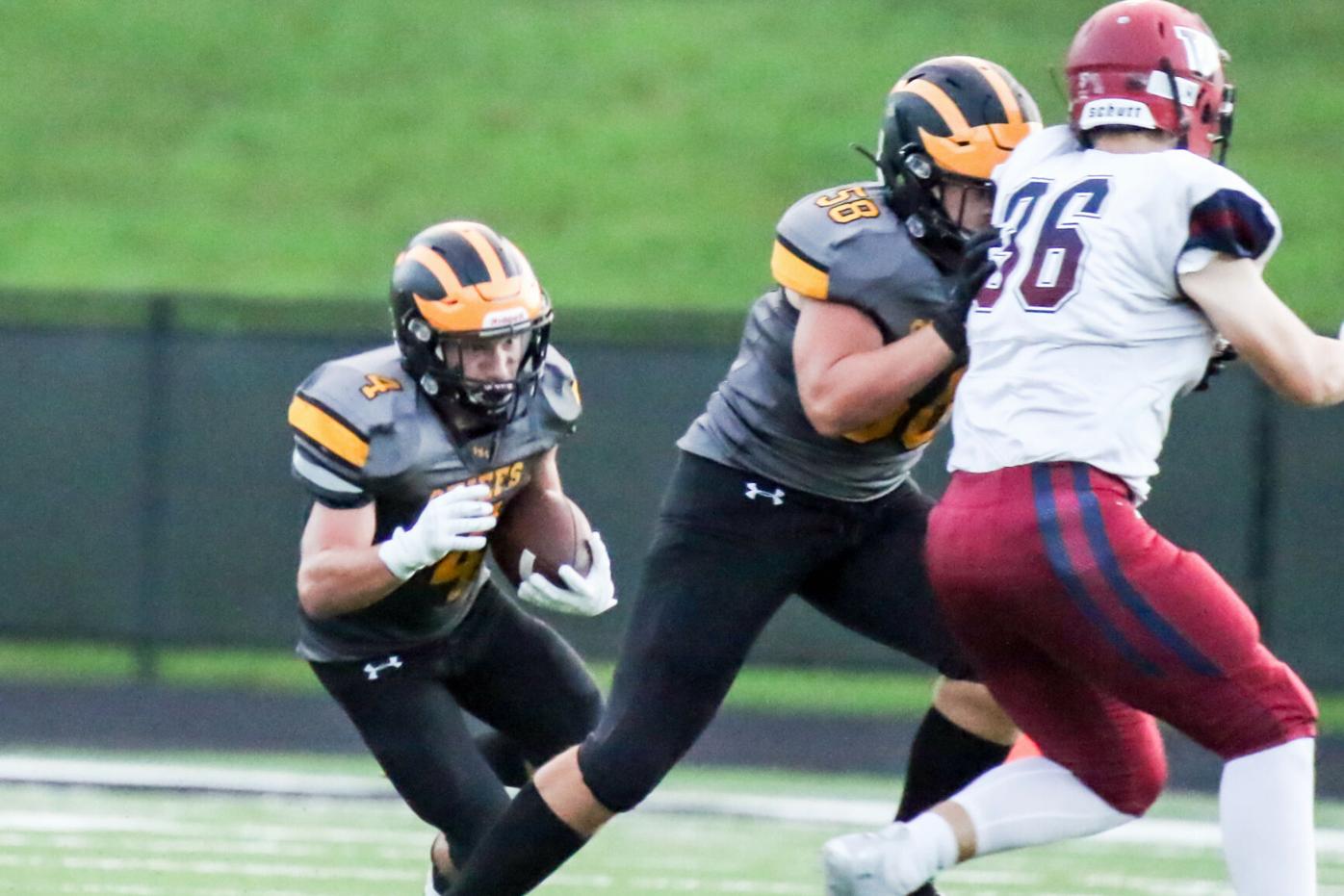 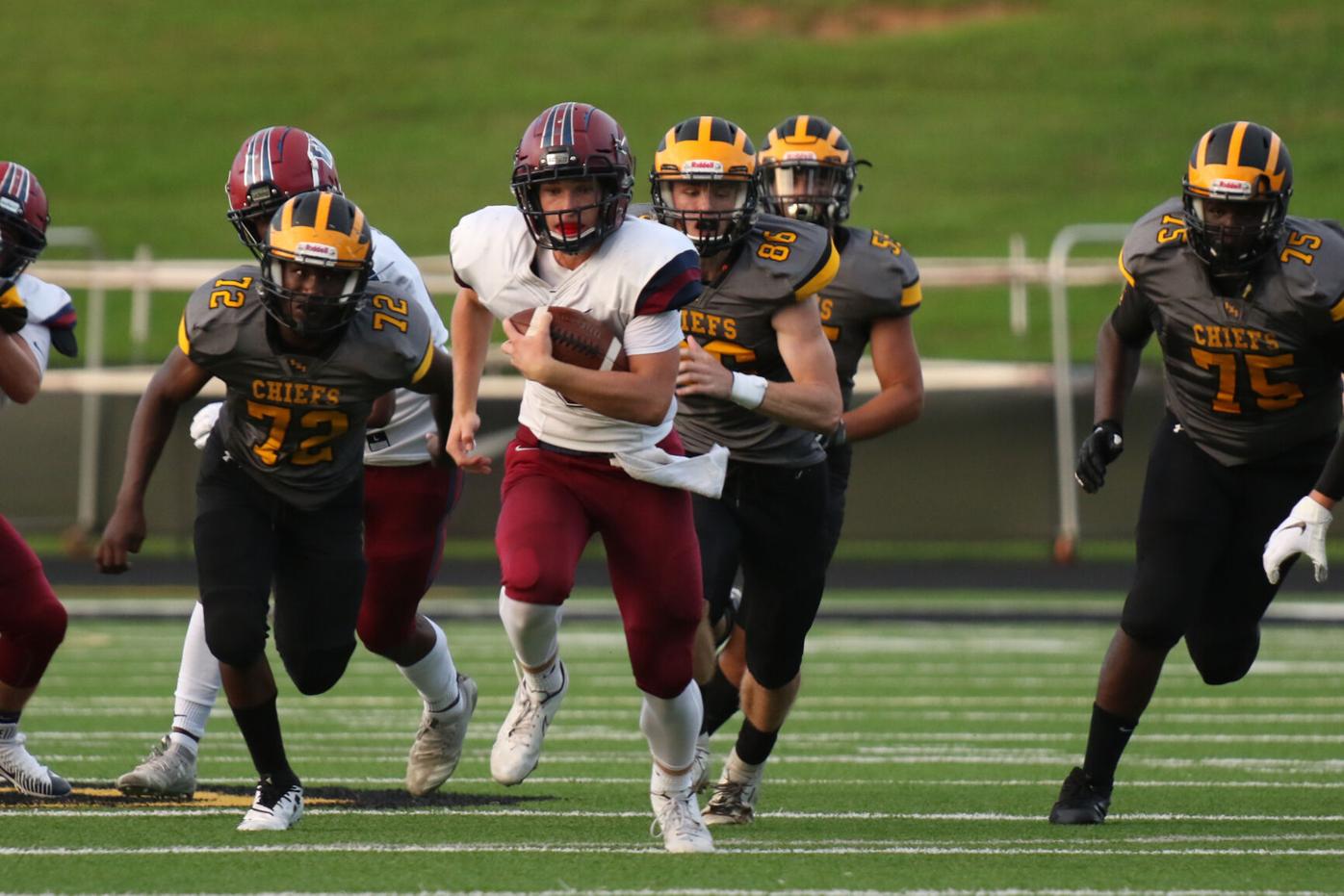 Preston Lawrence being chased by the Chief's defense 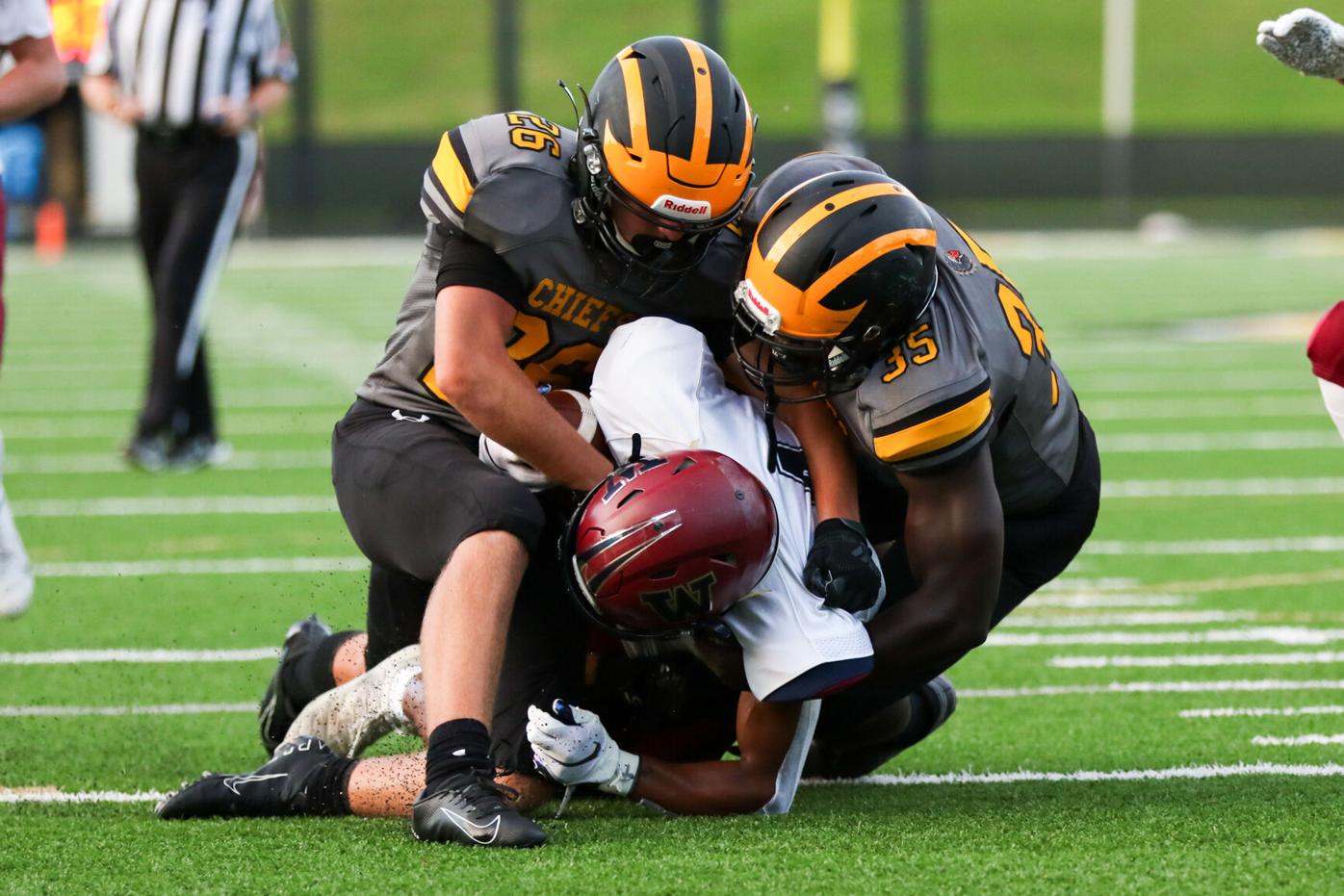 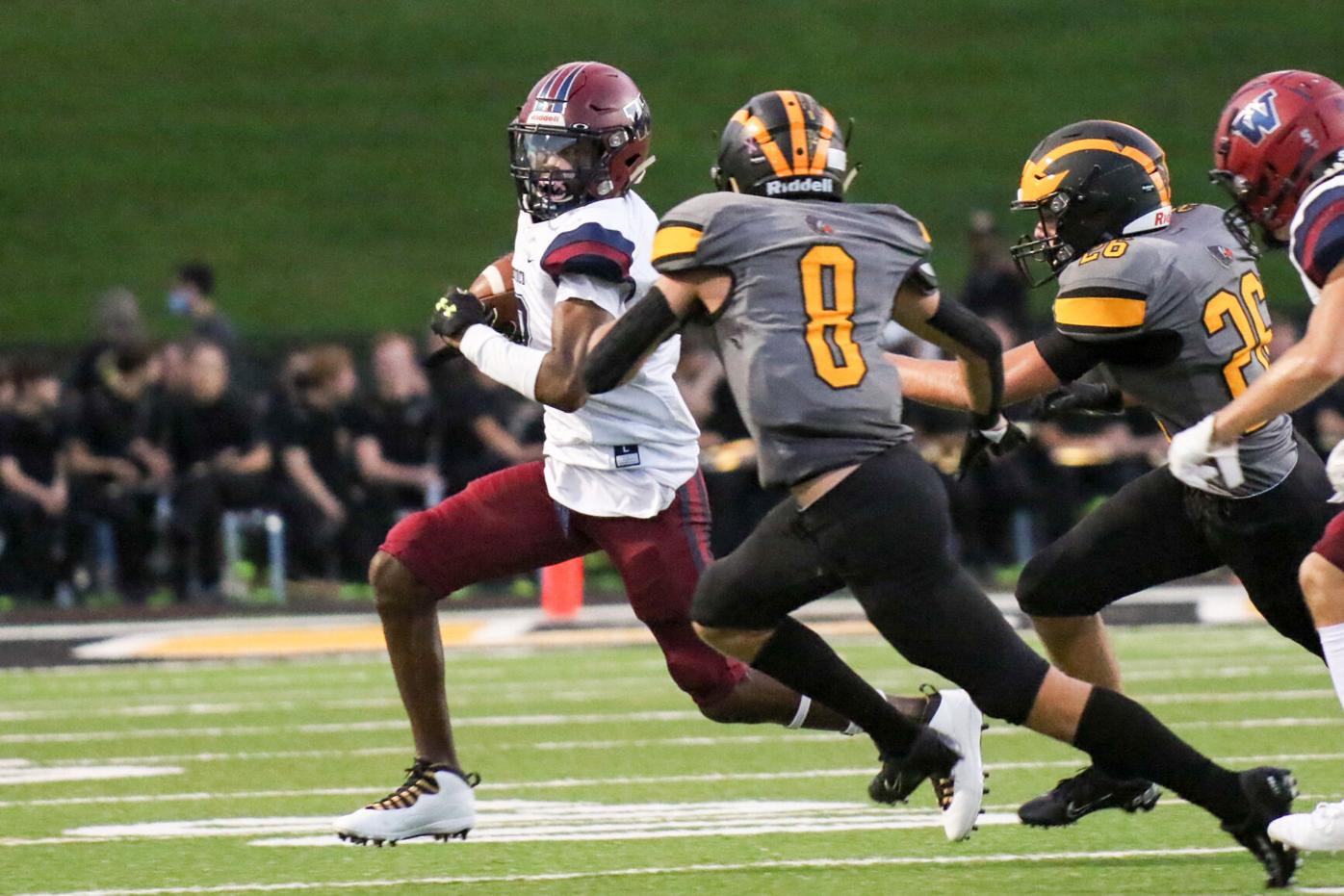 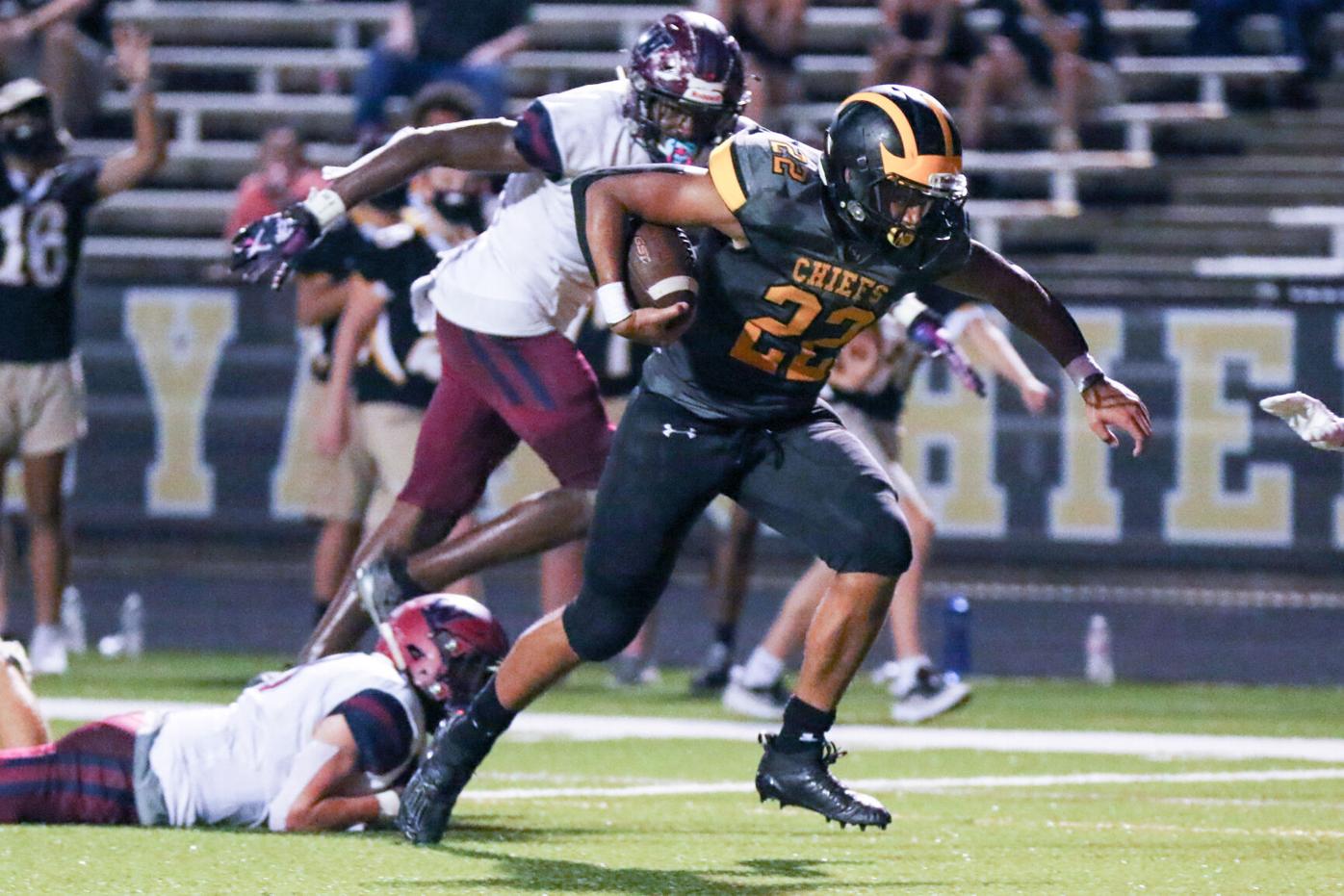 Joseph Sylva slips the tackle for the touchdown 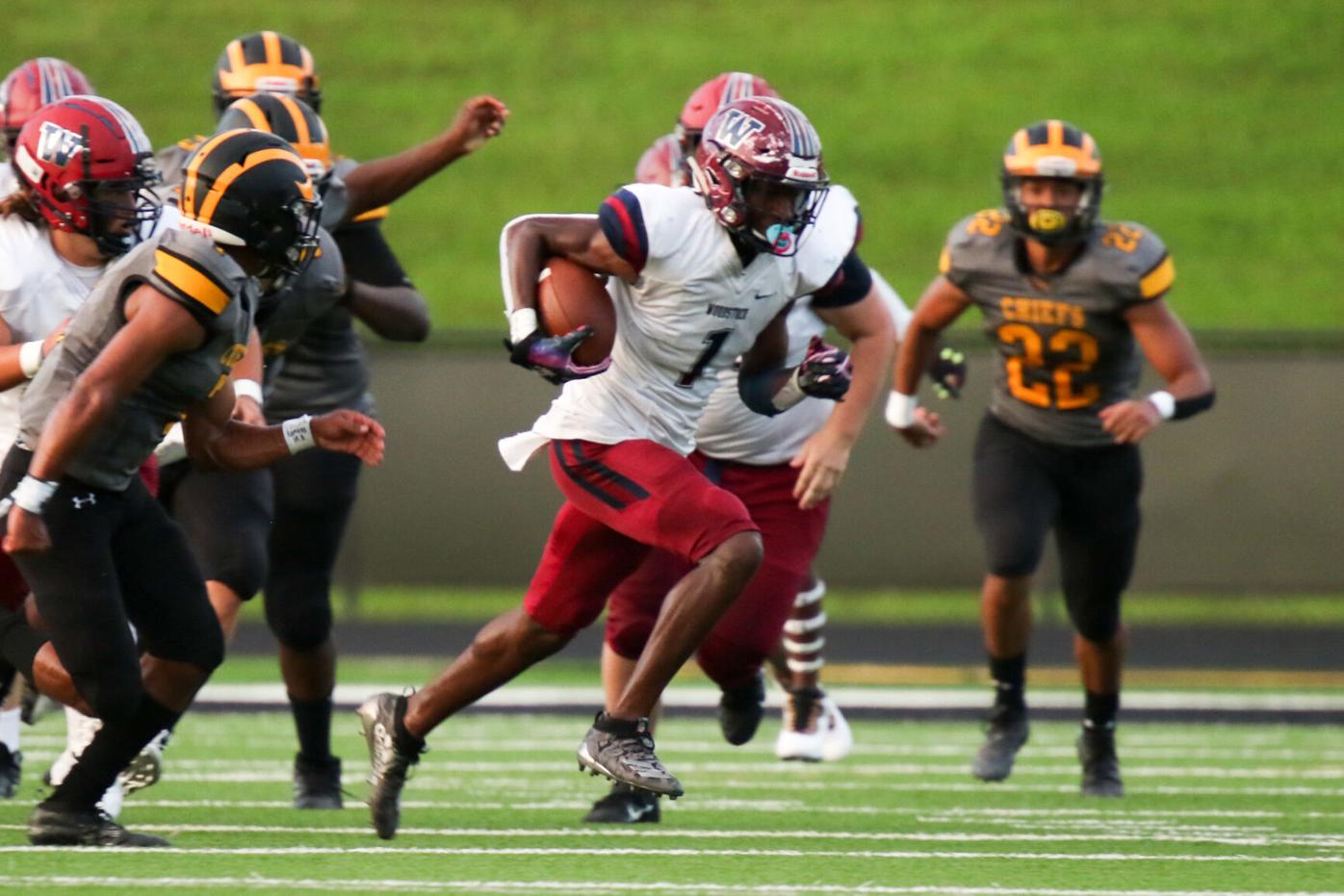 David Daniel sprints away from the crowd 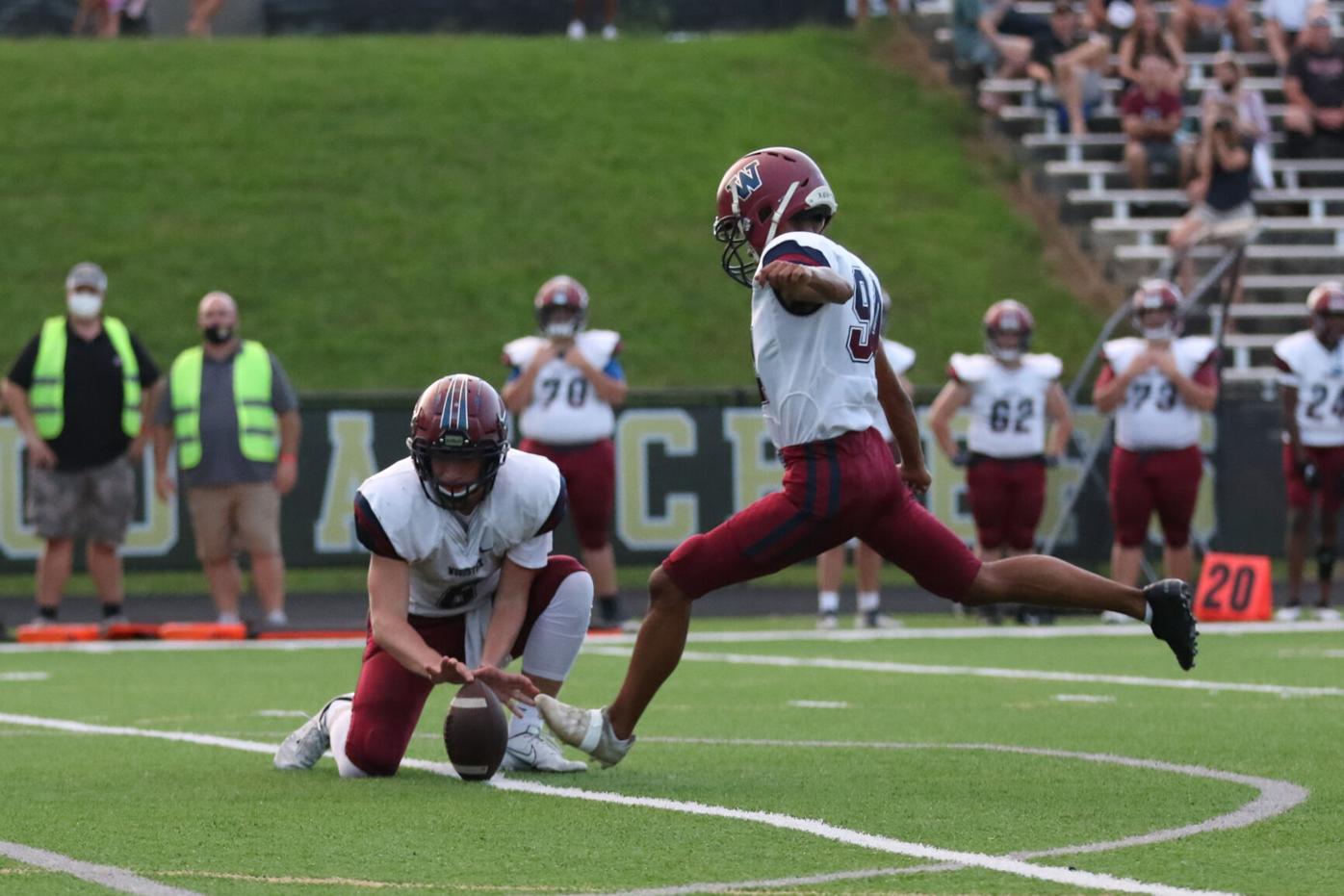 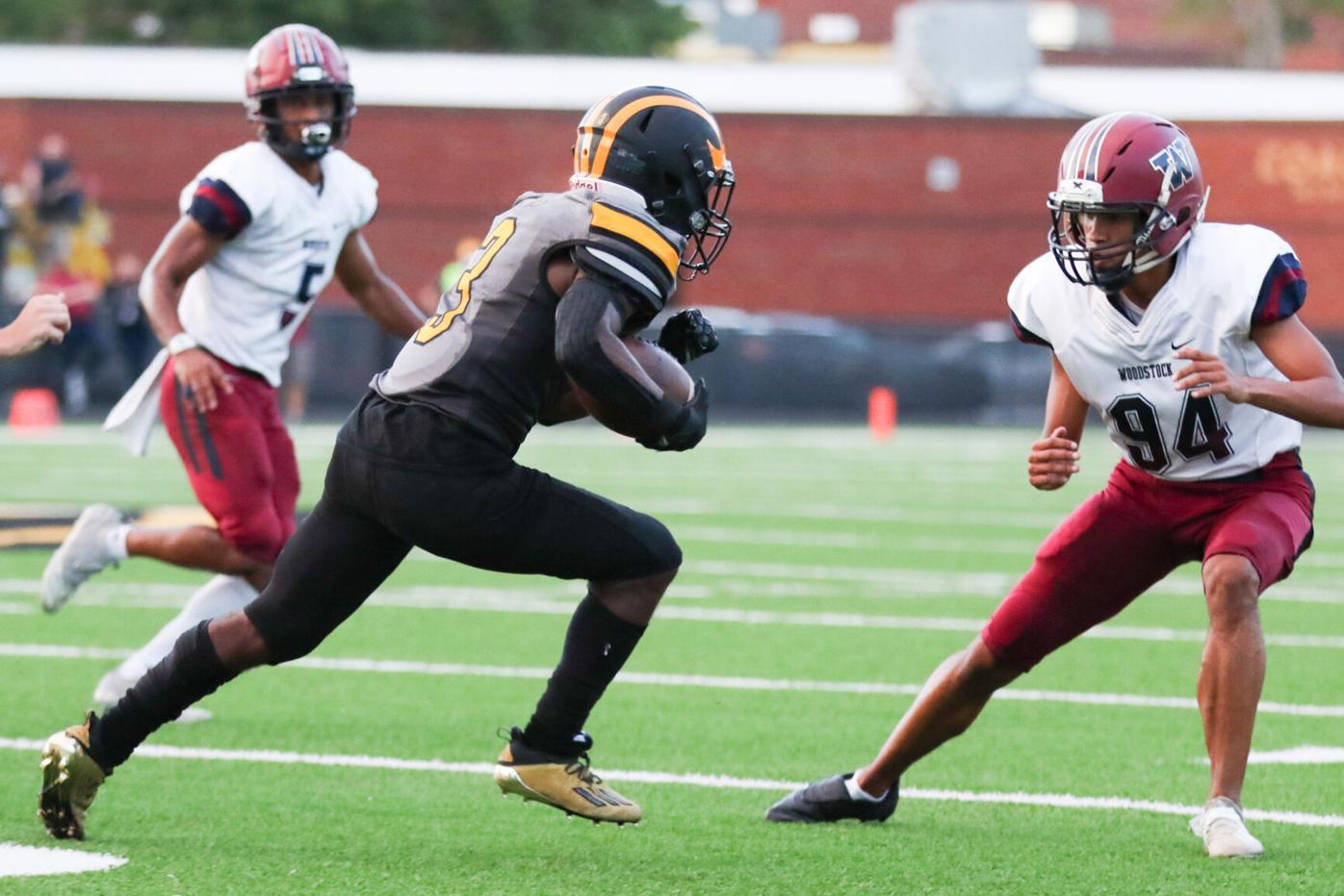 Sequoyah's Dion Rolle on the carry 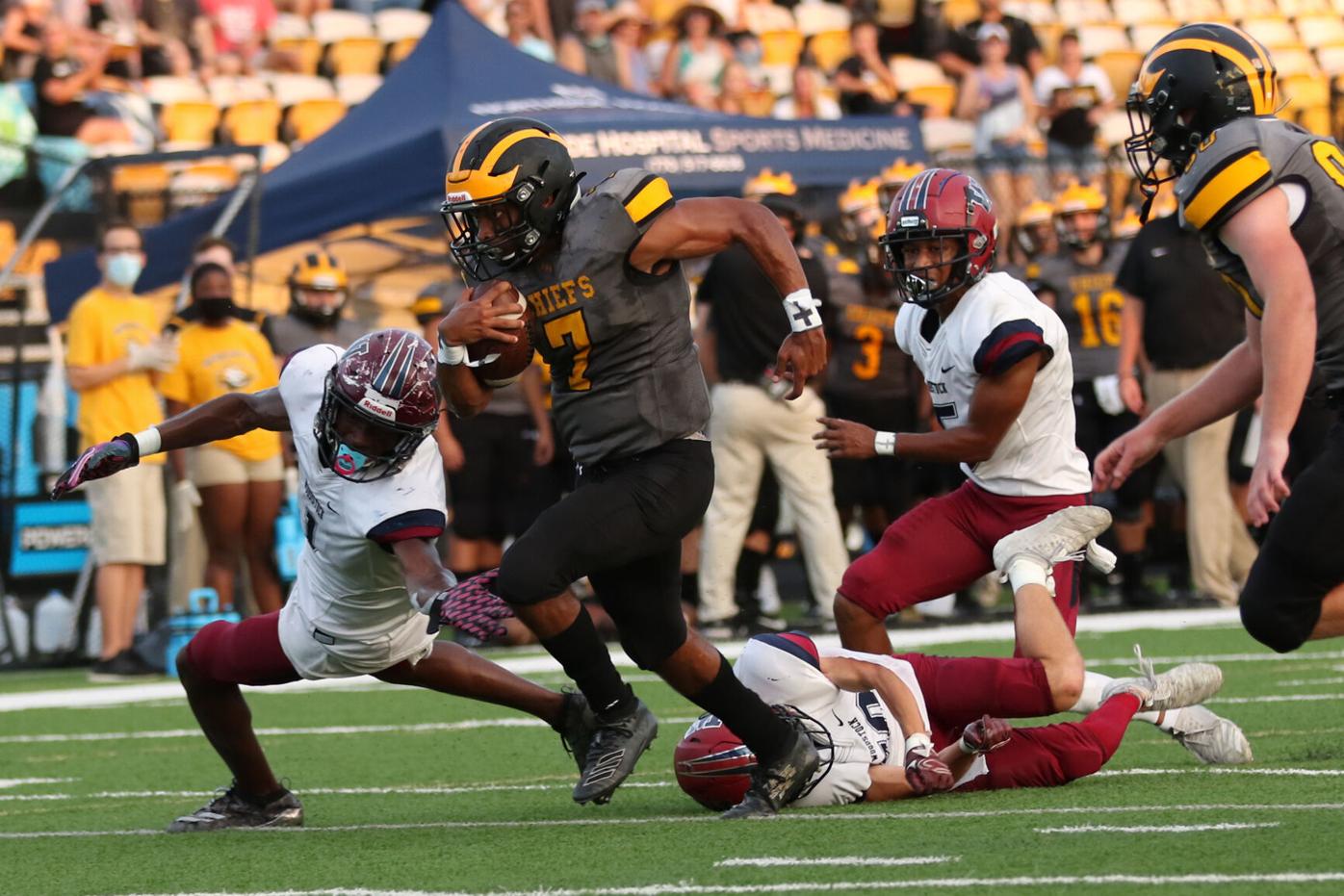 The Chief's Jaden Mitchell breaks free for a touchdown 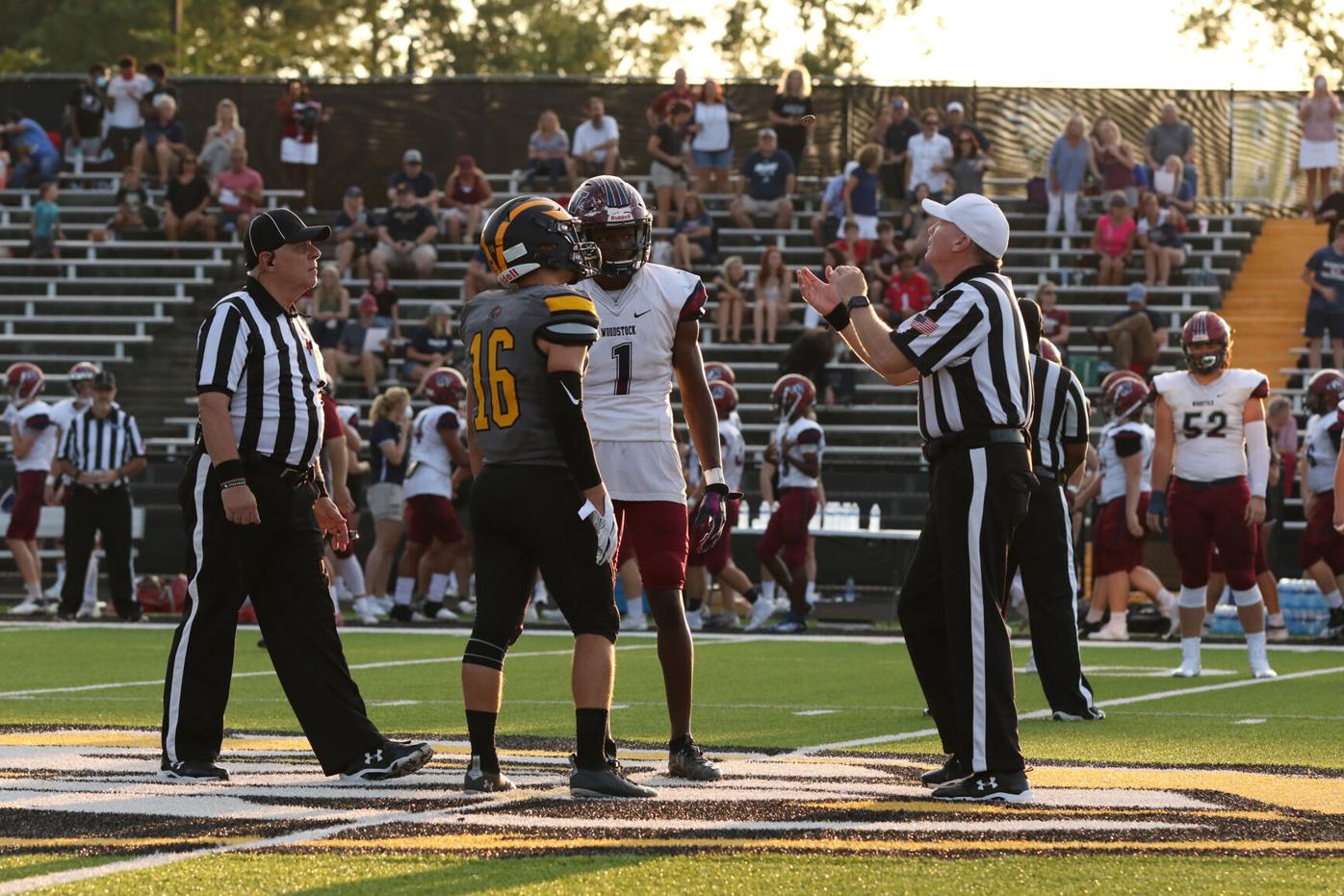 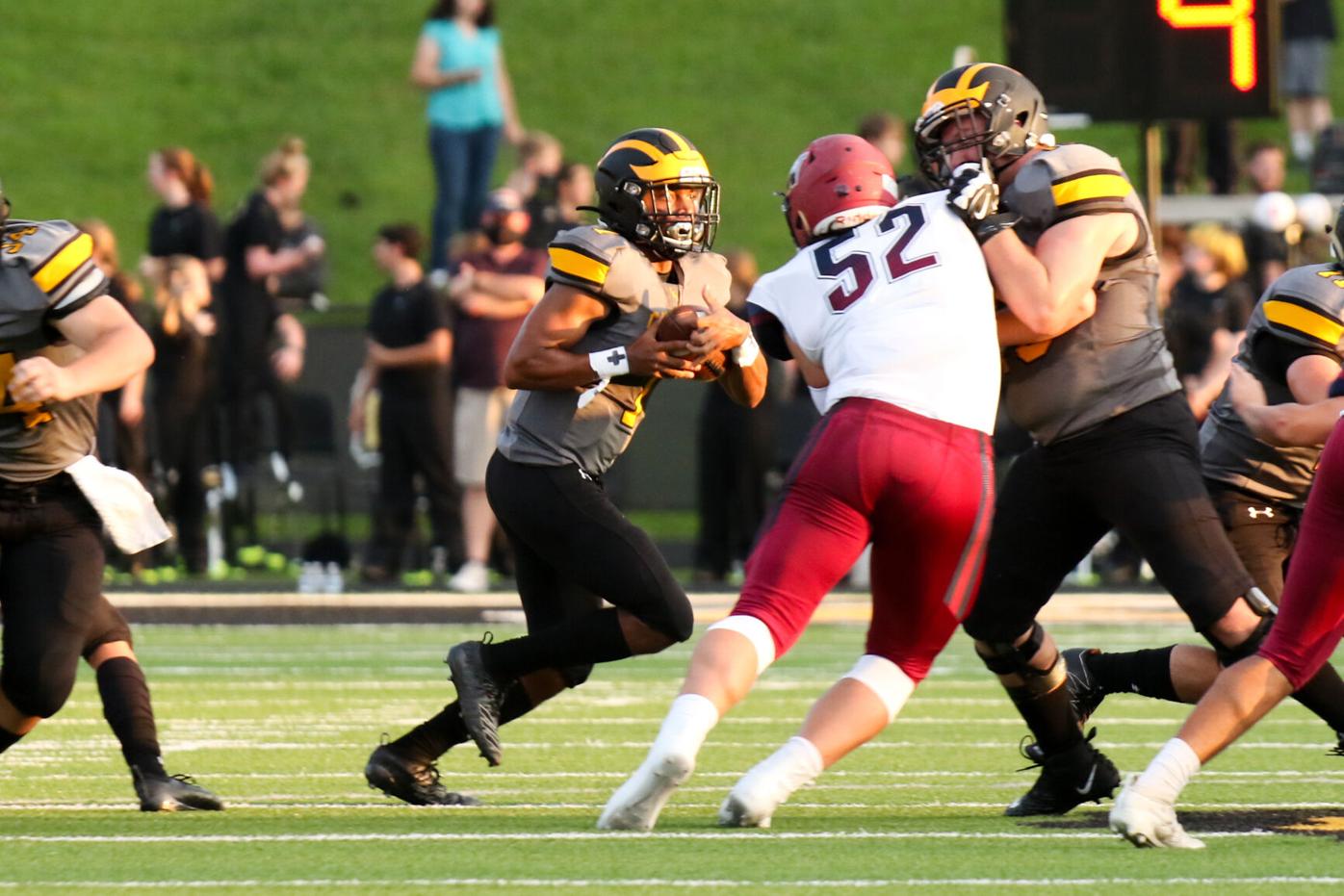 Jaden Mitchell works his way to the outside

Preston Lawrence being chased by the Chief's defense

Joseph Sylva slips the tackle for the touchdown

David Daniel sprints away from the crowd

Sequoyah's Dion Rolle on the carry

The Chief's Jaden Mitchell breaks free for a touchdown

Jaden Mitchell works his way to the outside

CANTON -- In a wild finish that saw three touchdowns in the last 3 minutes, Woodstock edged host Sequoyah 41-35 on Friday in the teams' season opener at Skip Pope Stadium.

The late drama came as Sequoyah (0-1) rallied from a 14-point deficit to start the fourth quarter. Chiefs running back Jaden Mitchell wove his way 18 yards to tie the game at 28-all.

Woodstock's David Daniel, a Georgia commit, returned the ensuing kickoff 70 yards, and the return, combined with a 15-yard horse-collar penalty against the Chiefs, set up the Wolverines (1-0) for a go-ahead touchdown by V’ontae Hampton with 1:02 left.

“We find a way to get back in the game, and it’s the biggest play in the game. Not the touchdown, but the kickoff return,” Sequoyah coach James Teter said. “The one guy we can’t kick it to, we kick it to -- and our kicker’s good, but he’s not going to get it into the end zone every time -- and we have to be able to cover.”

The Woodstock defense stepped up on Sequoyah’s following possession, when Sebastian Moss intercepted Matthew Traynor’s pass and returned it 40 yards to push the Wolverines to a 41-28 edge with 35 seconds left.

The hectic finish continued after a long kick return and 15-yard penalty set Sequoyah up 25 yards from the end zone. Traynor found Mitchell over the middle, and the senior running back managed to weave his way into the end zone to draw the game to within six points.

That would be the end of the late theatrics, though, as the Chiefs’ onside kick did not go the required 10 yards, and the Wolverines survived to start the season in the win column.

“We’re just taking them one at a time," Woodstock coach Brent Budde said. "We executed, and we’re 1-0, and next week, we’ve got turn around and execute 1-0 again."

The Wolverines seemed to have put the game out of reach when Hampton turned a fourth-down conversion into a 37-yard touchdown run with 30 seconds left in the third quarter.

“We we’re across the 50 and wanted take the ball and control our own destiny instead of punting,” Budde said.

Needing a scoring drive, Sequoyah drove 61 yards on 14 plays, capped off by a 1-yard touchdown run to pull the Chiefs within 28-21 with 6 minutes left in the game.

For the Wolverines, Daniel’s impact went beyond the late kick return. He also blocked a punt to set up a touchdown and had 17-yard touchdown run.

“He’s put in a lot of work," Budde said. "He was good last year, but the kid doesn’t rest, and I can tell the difference just in practice."