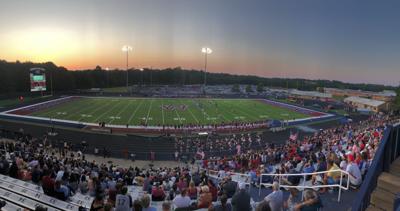 As Lassiter travels Friday to Woodstock, a series in which the road team has won each of the previous five years, both sides will be eager to earn their first region win.

Lassiter has struggled to score in coach Sean Thom’s first season, averaging 5.1 points per game, and it will face a Woodstock defense which is surrendering 25.8 points per game.

Woodstock's offense is putting up 14.7 points per game, while Lassiter has allowed 28.8 per game.

“I think they’ve been very aggressive on the defensive side and have played well defensively,” Woodstock coach Brent Budde said. “I think their offense is getting better. They just haven’t been able to put the points up just yet, but from what I’ve seen, they’re improving on offense, so we’ll have to be ready.”

Woodstock running back V’ontae Hampton is averaging 5.1 yards per carry and is third in the county in rushing with 558 yards. Quarterback Walker Ormsby has established himself as the starter and has a pair of receivers in Wes Bruno and Brooks Bortle who each in the top 10 in the County in receptions.

Three of the Wolverines’ six losses have come by seven points or less. The puzzle this year has been avoiding turnovers and learning to finish in those close games.

“I think a lot of our kids have been having good years. It’s just been tough when we keep making mistakes, which cost us,” Budde said. “I think our offensive line has done a good job this year with four new starters out of five. Brooks Bortle moving into the slot has had a good year, along with Wes Bruno. Brent Steffens up front, defensively, has been playing well, too.”

Lassiter’s defense has shown glimpses this season in a 7-3 win over Kennesaw Mountain and 14-0 loss to Wheeler. The Trojans kept it close with Roswell into the second quarter before mistakes opened the game up in the second half.

Each team should be hungry for a win Friday night, and keeping the right mindset will likely determine which team comes out on top.

“The message is you've got to be locked in,” Budde said. “We can’t afford missed opportunities. We just need to be consistent, just like in life, and hopefully that message stick with them.”