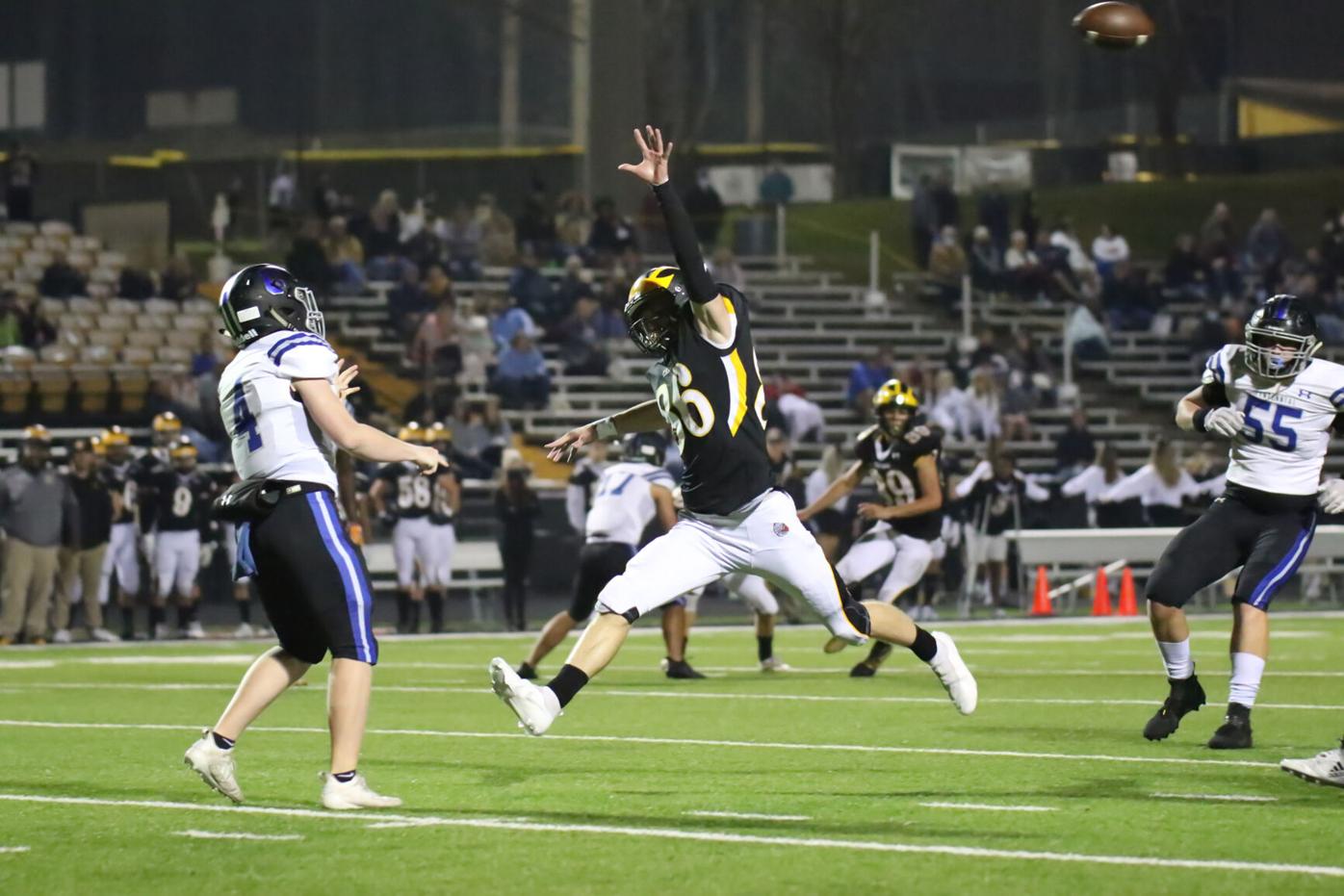 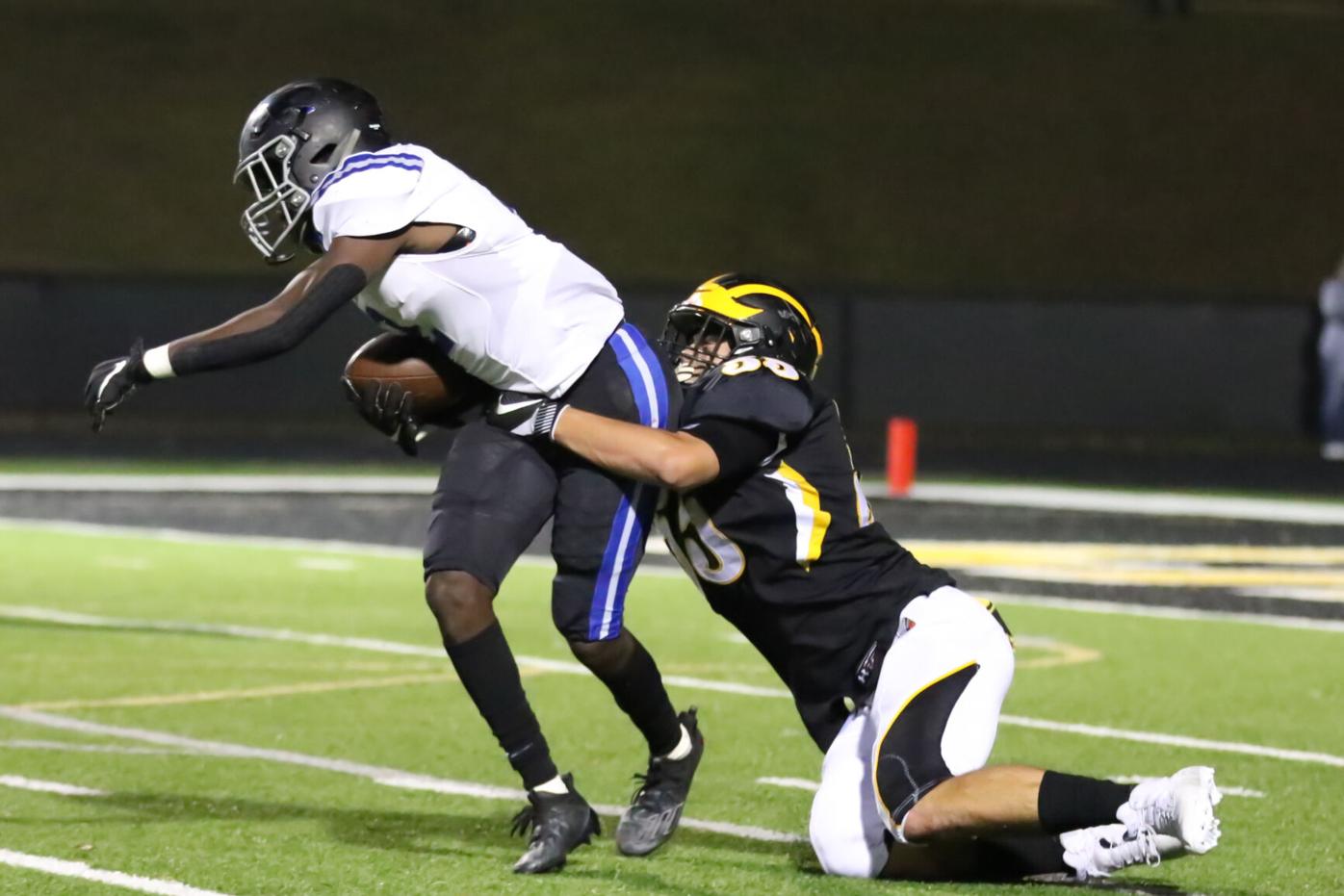 Sequoyah’s Harrison Hood makes a tackle in the backfield for a loss against Centennial last season.

Sequoyah’s Harrison Hood makes a tackle in the backfield for a loss against Centennial last season.

Sequoyah will travel to Woodstock on opening night, looking to even the all-time series at five wins apiece.

The Wolverines took last year’s opener with a 41-30 win over the Chiefs. Both teams were under the .500 mark a year ago, with Woodstock finishing 3-7 overall and Sequoyah going 4-6.

As the 2021 season begins, Woodstock and Sequoyah are focused on consistency and steady improvement leading up to the intra-county rematch.

“There are times when we are good, but we are working towards more consistency across the board,” first-year Woodstock coach Troy Hoff said. “We were practicing at a high level coming out of the scrimmage and then the open week going into the game. This is a big week for us.”

Friday’s game will be the first for Hoff, who took the Wolverines’ helm following the departure of longtime coach Brent Budde. He previously served in the same capacity at Eastside High School in Covington.

Hoff said he plans to place a premium on execution going into the matchup with Sequoyah. Situational football is likely to be a major factor in Friday’s game, with turnovers and third-down efficiency at the peak of conversation.

Woodstock’s game plan for the opener starts in the trenches, with an offensive line that Hoff believes will significantly impact the Wolverines winning or losing the game.

“They are the team within the team,” Hoff said. “When you are looking at units that, almost every night, regardless of the situation, have probably one of the largest impacts on the outcome of the game, I am definitely looking at those guys.”

Sequoyah finished last season with a winning record in Region 7AAAAAA at 4-3. The Chiefs are looking to improve even further this year on the progress made in region play.

“We are really pleased with where we are at,” Sequoyah coach James Teter said. “Our goal every year is to go into the spring scrimmage and do well. We felt that, each step of the way, we have gotten better.”

Teter expects youth and physicality to play a role in Friday’s matchup with Woodstock. Seniors Avery Born and Harrison Hood are expected to be major contributors on defense while helping the Chiefs’ inexperienced linebackers.

“They are very physical up front, and that could be a bit of a challenge for us,” Teter said. “I think (Woodstock is) well-coached, and they do things offensively that could present problems, but one of the biggest things you worry about this time of year is special teams. We want to be fundamentally sound in those areas. We have a lot of kids who have not played a lot, and this is still new to them. It will be interesting how they handle things.”