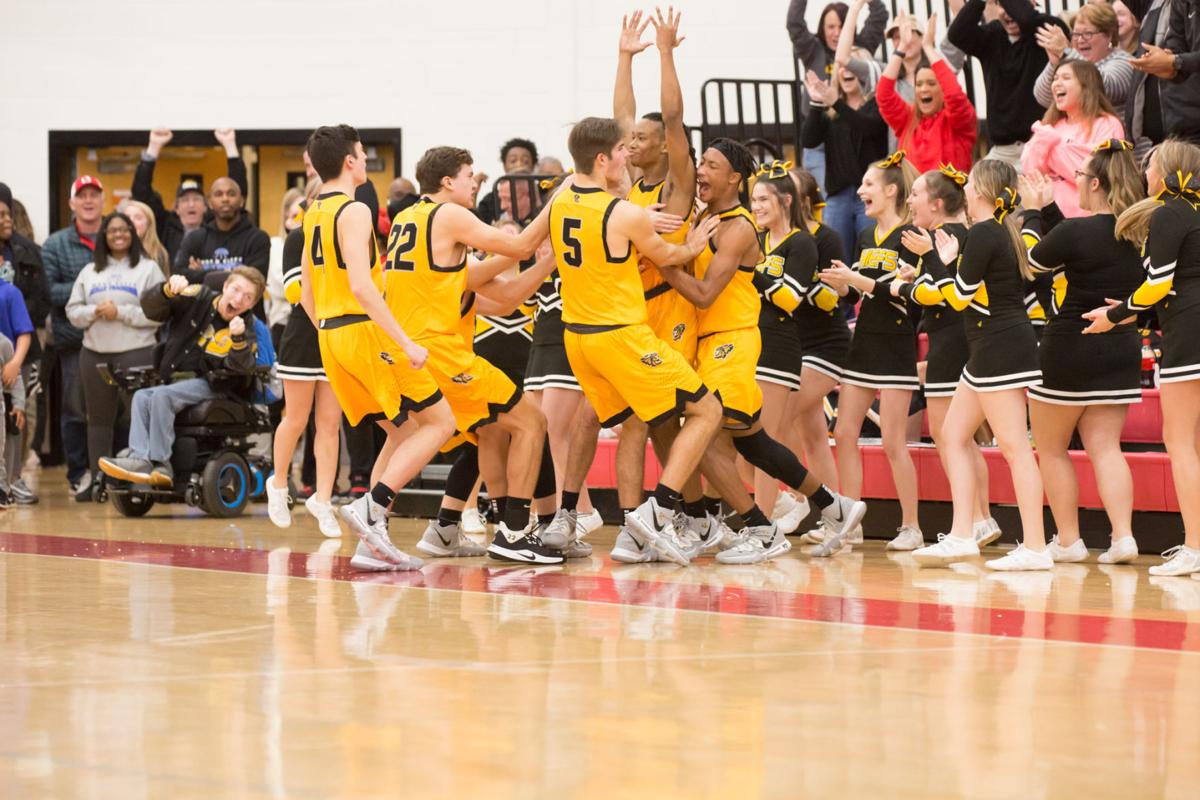 Sequoyah players surround Donovan Shipp following Shipp’s 3-pointer at the buzzer lift the Chiefs to victory on Saturday at Cherokee. 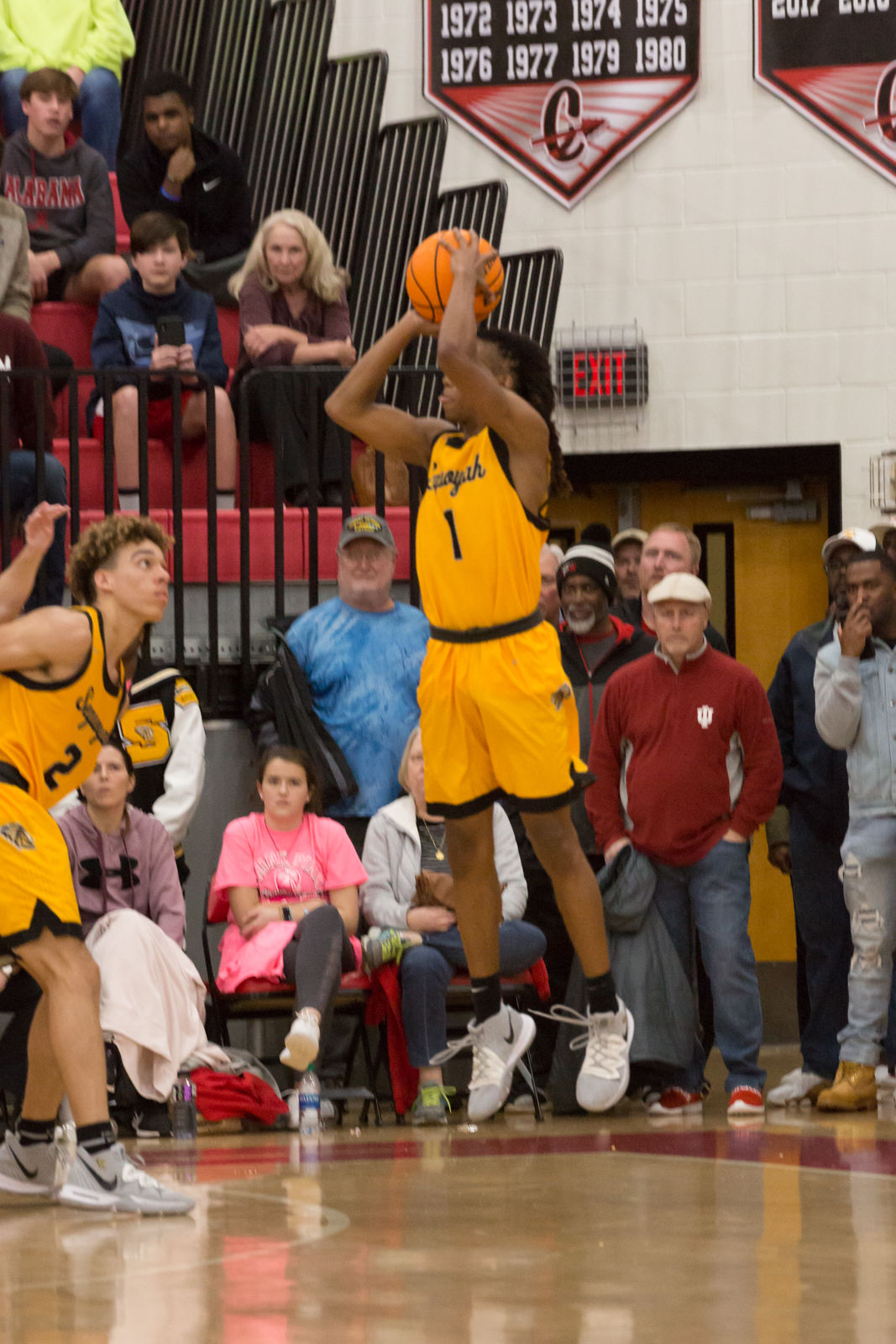 Sequoyah senior Donovan Shipp rises for the game-winning shot at Cherokee on Saturday. 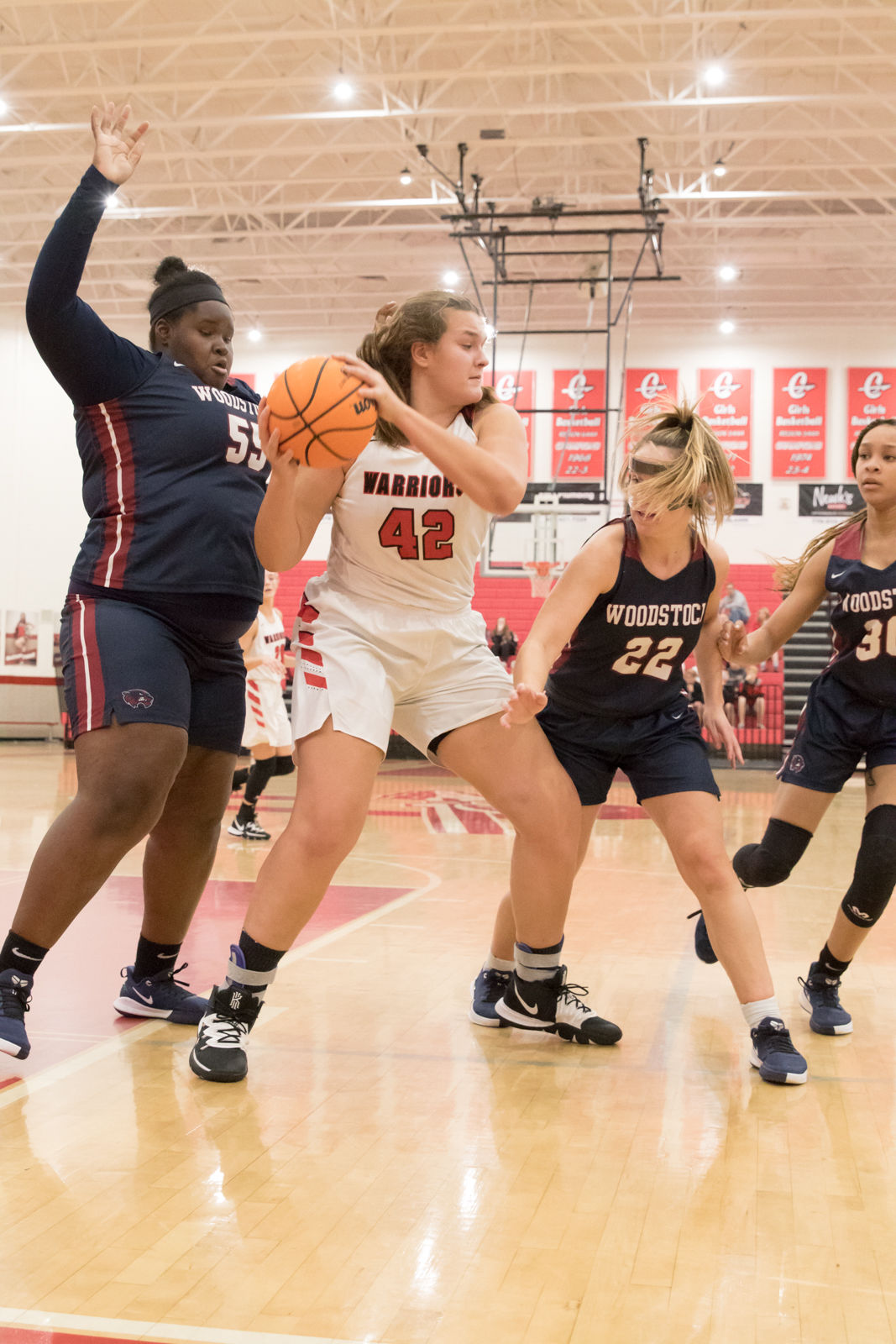 Sequoyah players surround Donovan Shipp following Shipp’s 3-pointer at the buzzer lift the Chiefs to victory on Saturday at Cherokee.

Sequoyah senior Donovan Shipp rises for the game-winning shot at Cherokee on Saturday.

Sequoyah senior Donovan Shipp sunk a corner 3-pointer as time expired to lift Sequoyah to victory at Cherokee on Saturday night. Shipp finished with 11 points and seven assists as Sequoyah improved to 17-4, 10-2 while Cherokee dropped to 18-4, 5-2.

The Chiefs outscores the Warriors 21-13 in the final quarter. Jacksen Greco scored a team-high 23 points for Sequoyah while adding 10 rebounds and seven assists. Cherokee’s Taihland Owens scored a game-high 25 points while Zack Vickers added 22 points and Elijah Tucker chipped in with 12 points.

The Knights posted their highest point total of the season as they won at East Paulding on Saturday. River Ridge (8-14, 4-9) was led by Jared Russo who scored 18 points along with Jackson Head who scored 13 and David Hansraj who added 12 points.

River Ridge will play at 7:30 p.m. on Tuesday at home against Creekview.

Creekview dropped its fourth straight game on Saturday as the Grizzlies fell at home against West Forsyth.

The Grizzlies (5-15, 2-9) were led by Umar Rashid who scored a team-high 10 points. Spencer McDonald and Trent Jackson each scored eight points.

Creekview will play at 7:30 p.m. on Tuesday at River Ridge.

Rakim Thompson scored a team-high 17 points but Woodstock (10-11, 2-5) dropped its second straight and lost at home on Saturday.

Woodstock will play at 7:30 p.m. on Tuesday at Lassiter.

Brodie Marcinkowski scored a team-high 16 points for Woodstock while Rakim Thompson added 15 and D.J. Potts-Heard chipped in with 12.

The win kept Cherokee in second place in the region standings while Woodstock fell fifth place in the six-team region.

The Eagles won at home on Friday night and reasserted themselves atop the Region 4AAAAAAA standings.

Etowah (15-5, 6-1) was led by Brock Rechsteiner who knocked down six 3-pointers on his way to a team-high 23 points. Will Garvey scored 12 points and had nine assists while Colby Flaig scored 13 points and added 10 rebounds.

Etowah will play 7:30 p.m. on Tuesday at home against Roswell.

The Grizzlies lost on the road on Friday, dropping Creekview to eighth place in the Region 6AAAAAA standings.

Ashlyn Andrus scored a team-high 18 points as Cherokee won at home on Saturday afternoon. The Lady Warriors improved to 20-2, 7-0 while Sequoyah dropped to 13-7, 9-3.

Leigh Codiniera and Caroline Cavallaro each added 12 points for the Lady Knights, who improved their record to 12-10, 9-4.

River Ridge will play at 6 p.m. on Tuesday at home against Creekview.

The Lady Wolverines won at home on Saturday, improving their record to 19-3, 5-2. Woodstock was led by Isa Boatwright who scored a season-high 12 points and Carly Henderson added 10 points.

Woodstock, ranked No. 6 in AAAAAAA, will play at 6 p.m. on Tuesday at Lassiter.

In a matchup between two top 10 teams in AAAAAAA, the Lady Warriors completed the regular season sweep of Woodstock on Friday night in Canton. The win kept Cherokee atop Region 4 while Woodstock dropped only its second region game of the season.

Woodstock was led by sophomore Bridget Utberg and freshman Karson Martin who scored 18 and 17 points respectively.

The Lady Grizzlies will play at 6 p.m. on Tuesday at River Ridge.

Sequoyah earned the regular season sweep over River Ridge on Friday night in a game between two of the top teams in Region 6AAAAAA. Sequoyah solidified its position as the second place team within the region while River Ridge remain in third with three region games remaining.