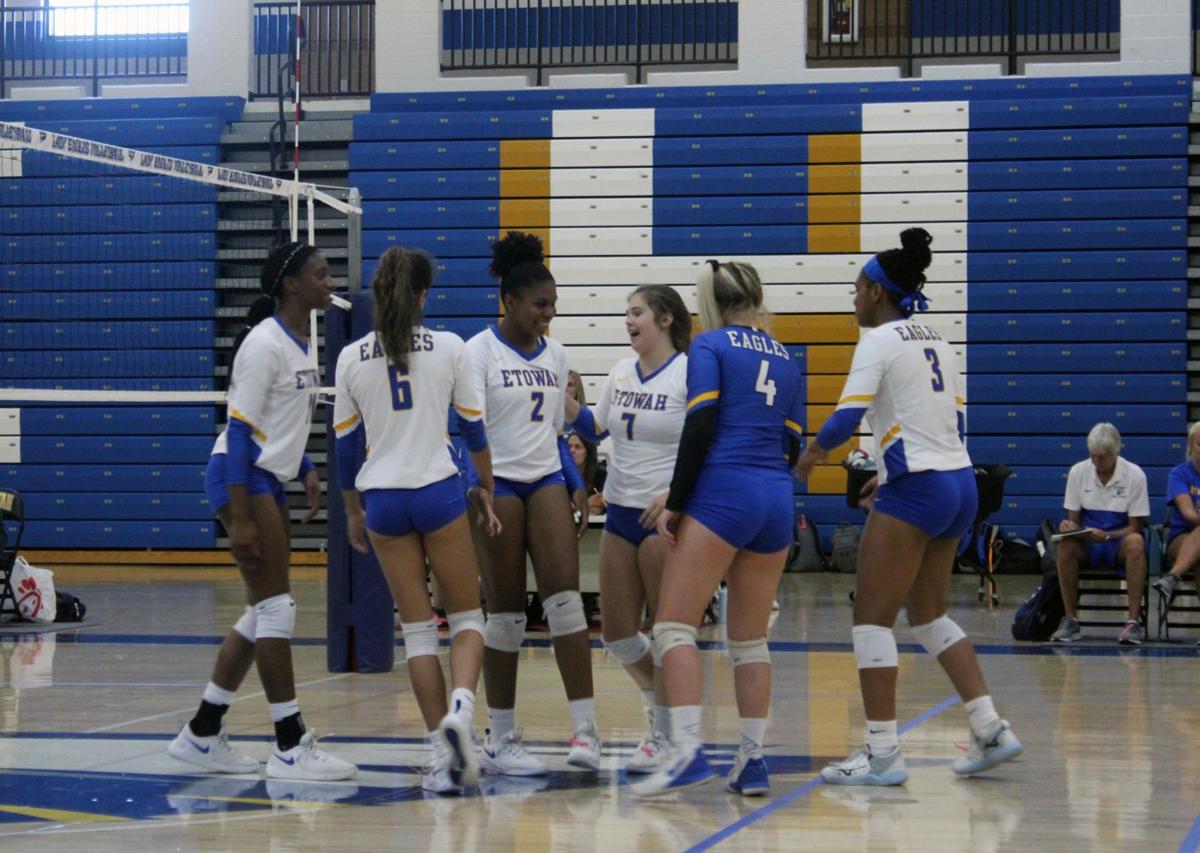 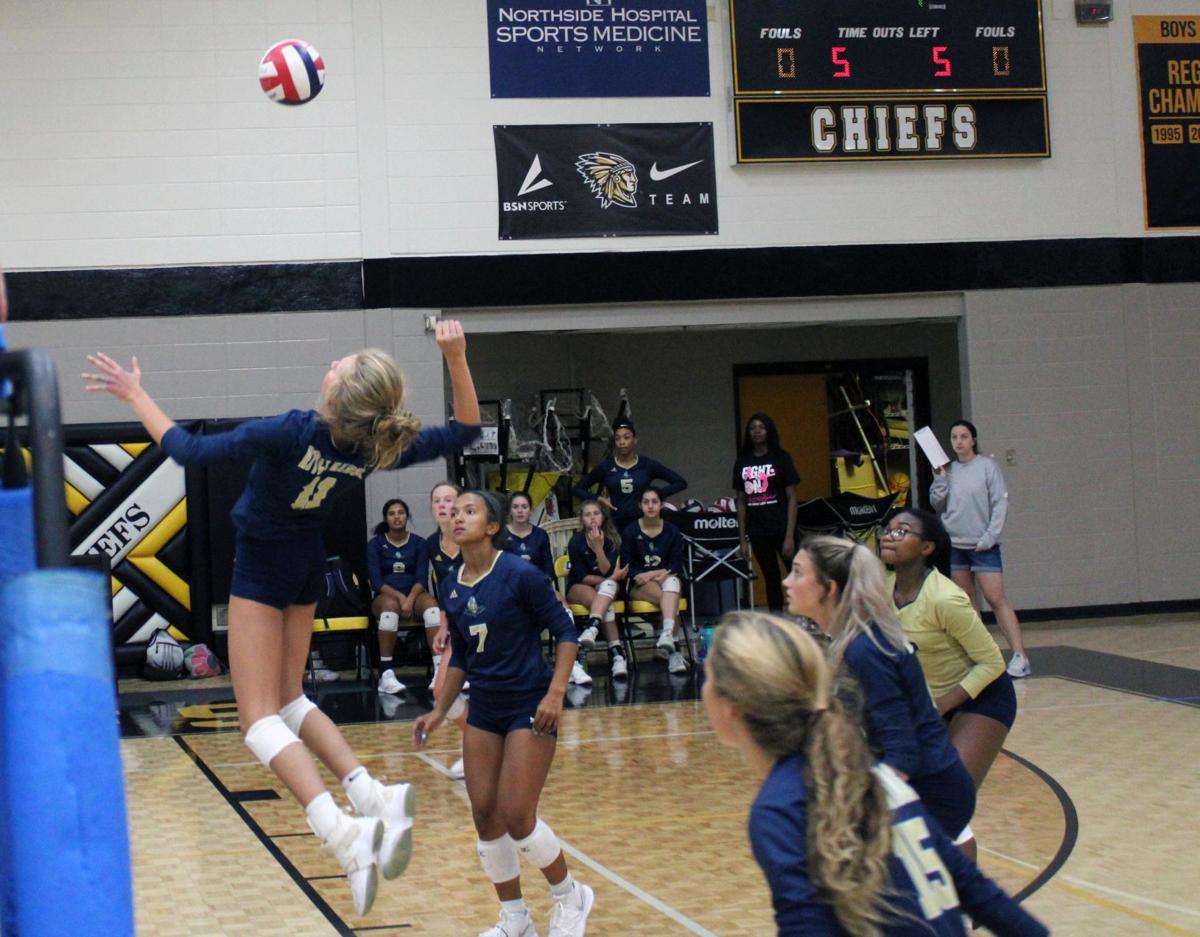 River Ridge senior Abby Infante (11) rises at the net to spike a ball earlier this season at the Cherokee County volleyball tournament. 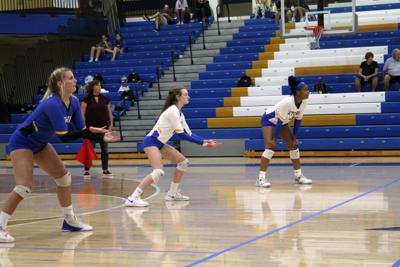 River Ridge senior Abby Infante (11) rises at the net to spike a ball earlier this season at the Cherokee County volleyball tournament.

Multiple local volleyball teams advanced past the first round of the state playoffs this past weekend and will now compete in the Sweet 16.

Along with Sequoyah, Etowah and River Ridge both defeated first round opponents on Saturday. Etowah, the No. 3-ranked team in Class AAAAAAA, defeated Campbell in straight sets on Saturday playing at Mill Creek High School in Hoschton. The Lady Eagles won 3-0 (25-7, 25-10, 25-10) to complete the three-set sweep.

Etowah (33-13) was led by it’s all-state senior Savannah Bray who finished with 15 kills and nine digs. Freshman Sydney Bray finished with seven kills, four digs and 15 assists while junior Olivia Tafoya finished with 10 assists and three digs. The win sets up a match with No. 4-ranked Mill Creek (40-7) which will be played at 6 p.m. on Tuesday at Mill Creek.

“The girls went wild. I mean they went nuts,” Winfield said. “Appalache was a very well-rounded team, scrappy and disciplined but our girls just didn’t give up. I think honestly the light bulb went off and we realized we can beat any team on any day.”

Winfield said after the first two sets, Apalachee struggled to find an answer for River Ridge senior Abby Infante. During the break prior to the third set, Wilt-Winfield told her team their fate was in their own hands.

“We had that five minute break and I told them anything can happen,” Winfield said. “I told them it can happen and teams have done this before. They got mentally tough and battle back. (Apalachee) honestly didn’t have an answer for Abby Infante but it was a total team effort. Reagan Keener and Chloe Bedora stepped in on the outside and placed the ball where they needed to, and our defense of course stepping up too.”

The win sets up a long trip south for the Lady Knights who will play at 5 p.m. on Wednesday at Richmond Hill High School, just south of Savannah. Winfield said the team will travel down early on Wednesday morning to get lunch and have a light practice before the match to possibly advance to the Elite Eight.

“You’re supposed to peak at the end of the season,” Winfield said. “This is that time and that’s what we’re doing. I’m very proud of them.”