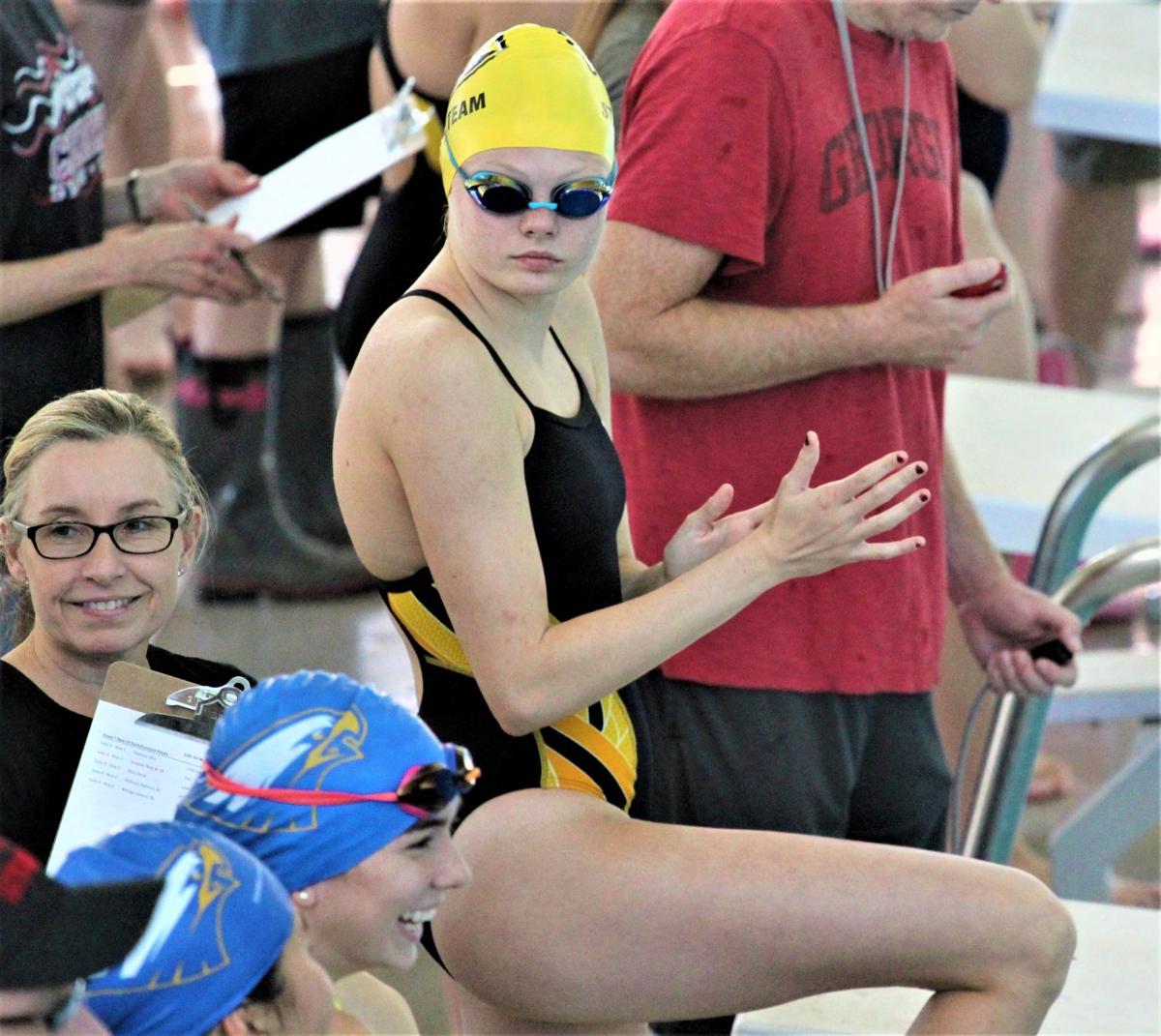 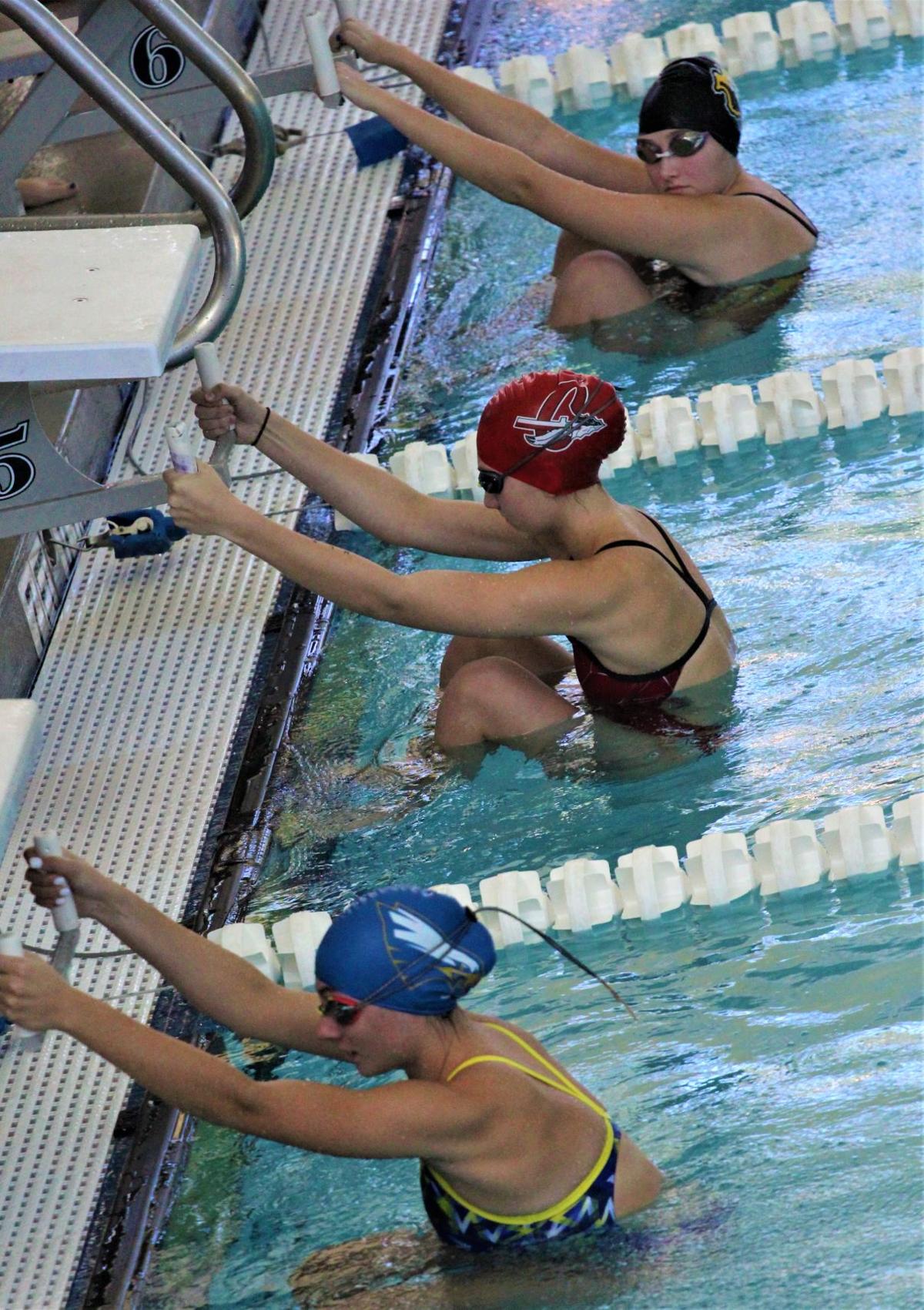 Swimmers from Etowah, Cherokee and Sequoyah prepare for a race earlier this season during a tri-meet at the Cherokee County Aquatic Center. 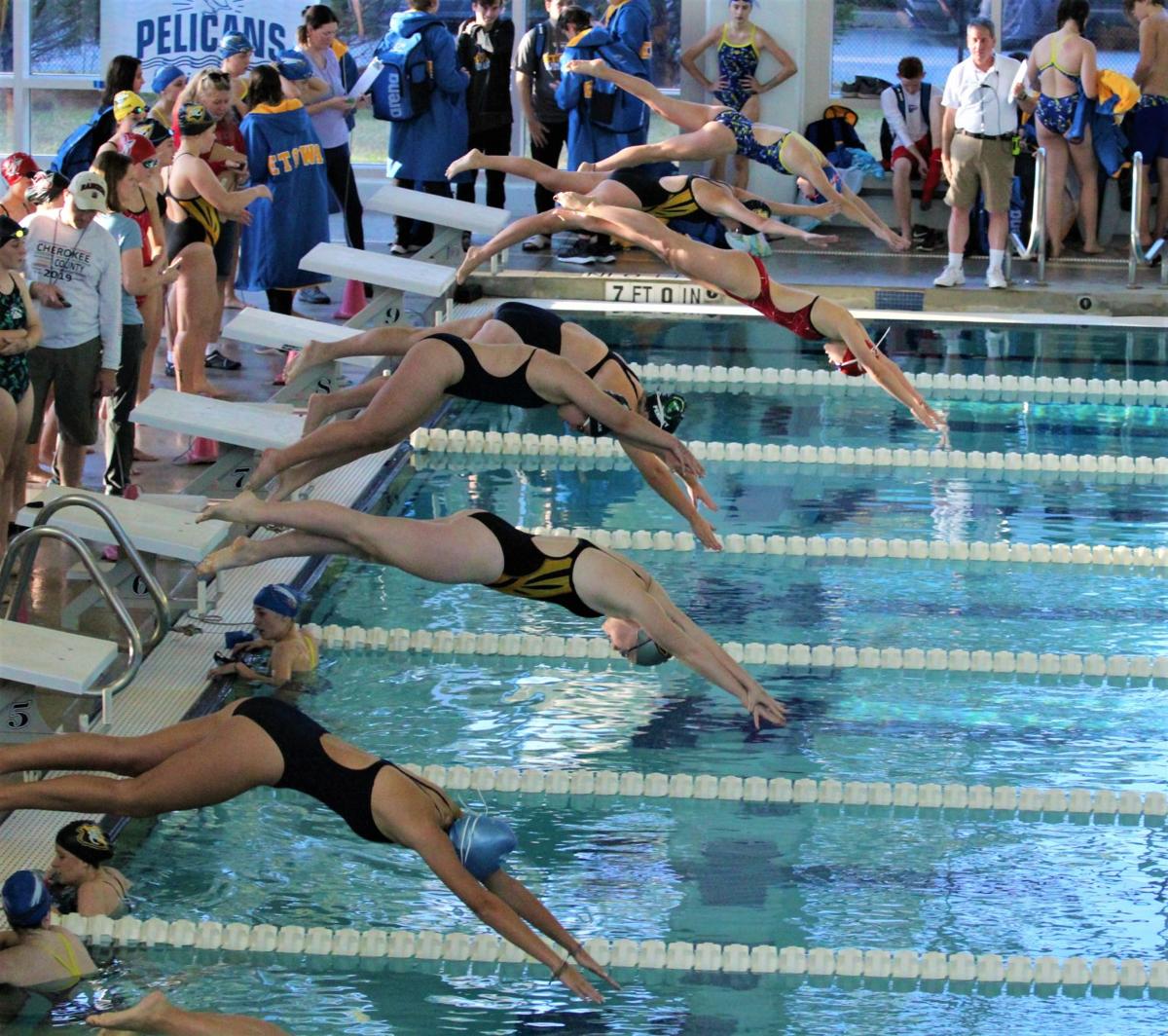 Swimmers from Cherokee, Creekview, Etowah and Sequoyah dive into the pool during a Tri-Meet earlier this season at the Cherokee County Aquatic Center. 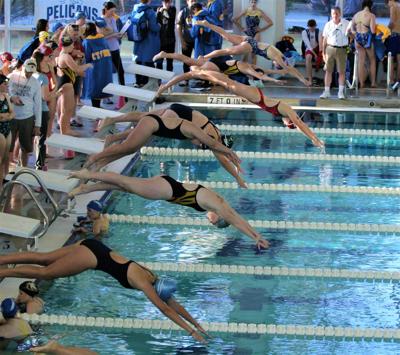 Swimmers from Etowah, Cherokee and Sequoyah prepare for a race earlier this season during a tri-meet at the Cherokee County Aquatic Center.

Swimmers from Cherokee, Creekview, Etowah and Sequoyah dive into the pool during a Tri-Meet earlier this season at the Cherokee County Aquatic Center.

High school swimmers are back in the pool, and several teams in Cherokee County have new coaches with high hopes.

One team that will not have to deal with transition is River Ridge, where Sarah Goodbread returns for her 11th season as coach after leading the Knights to a second-place finish at the county meet last season, the best finish in program history.

The River Ridge girls also finished 11th in Class AAAAAA last season, and Goodbread said the expectations this season are as high as they have ever been.

“We have the largest team we have ever had in school history,” Goodbread said. “We have 47 swimmers on the team this year, and we outscored our opponents in the first meet by 963 points. The team is comprised of 30 boys and 17 girls, and this is the first time we have had a larger boys team than girls.”

Brown finished third in the 200 IM and fourth in the 100 breaststroke at the state meet last season, and along with Fortin and Katie Blankinship, should carry the girls team. Goodbread said Alex Blankenship, along with Putzer and Johnson, should lead the boys.

Also, several newcomers have arrived to help bolster the depth for River Ridge.

Goodbread is not shying away from expectations. With newfound depth, the competition at practice is pushing the swimmers on the top relay team. One year after the program’s best county and state finishes, Goodbread said hopes are to go even higher.

“My goals for the season are to have a qualifier for each event at the state championship, and I also would love for the Knights to bring home a county championship,” Goodbread said. “I think they can attain both of these goals if they work hard at practice and realize that this goal in obtainable. We have depth that we have never had before. It is very exciting and promising to have enough people to create a ‘D’ relay and, at the same time, there are 8-9 swimmers always fighting for a spot on the ‘A’ relay.”

Sequoyah and Creekview also return their coaches. Miriam Greene returns for her eighth season at Sequoyah and said the team suffered no major losses to graduation.

As a freshman last year, Delaney Harrison set new county records in the girls 50 freestyle and the 100 freestyle. Now as a sophomore, she could be one of the top swimmers in the state after finishing second in the state in the 50 and 100 freestyles.

The Sequoyah girls finished ninth in the state meet last year, and Green said another top-10 finish is not out of the question.

Emily Williams, who returns for her fifth season as coach at Creekview, said replacing last year’s large senior class will be a priority.

While the Class AAAAAA schools have continuity in the coaching ranks, the three Class AAAAAAA all have new coaches this season.

Etowah, which won last year’s county meet, has a new face in charge, with Kaitlyn Smith taking over after serving as the coach at Cherokee for the last four seasons.

“I am very excited to see what this team can do,” Smith said. “They are dedicated and focused and have big goals as a team.”

Cherokee finished third at the county meet last season — the highest finish in team history — but the program will need to replace several key seniors. Achin said Zachary Nepogoda and Davon Painter will both be important pieces for the boys team, along with Cameron Ibarra, Brady Kay and Grant Motley.

The girls team is a bit younger, but Achin said Meredith Rice has performed well early this season on the diving board.

“She’s had a fantastic start to the season and scored very well at her first dive meet this season,” Achin said.

New Woodstock coach Courteney Hooks takes over after serving the past two seasons as an assistant.

“Even with the transition between coaches, the kids are really optimistic and are already putting up some solid times in our first two meets,” Hooks said. “We’ve already had several state-qualifiers, and I’m hoping to have many more.”