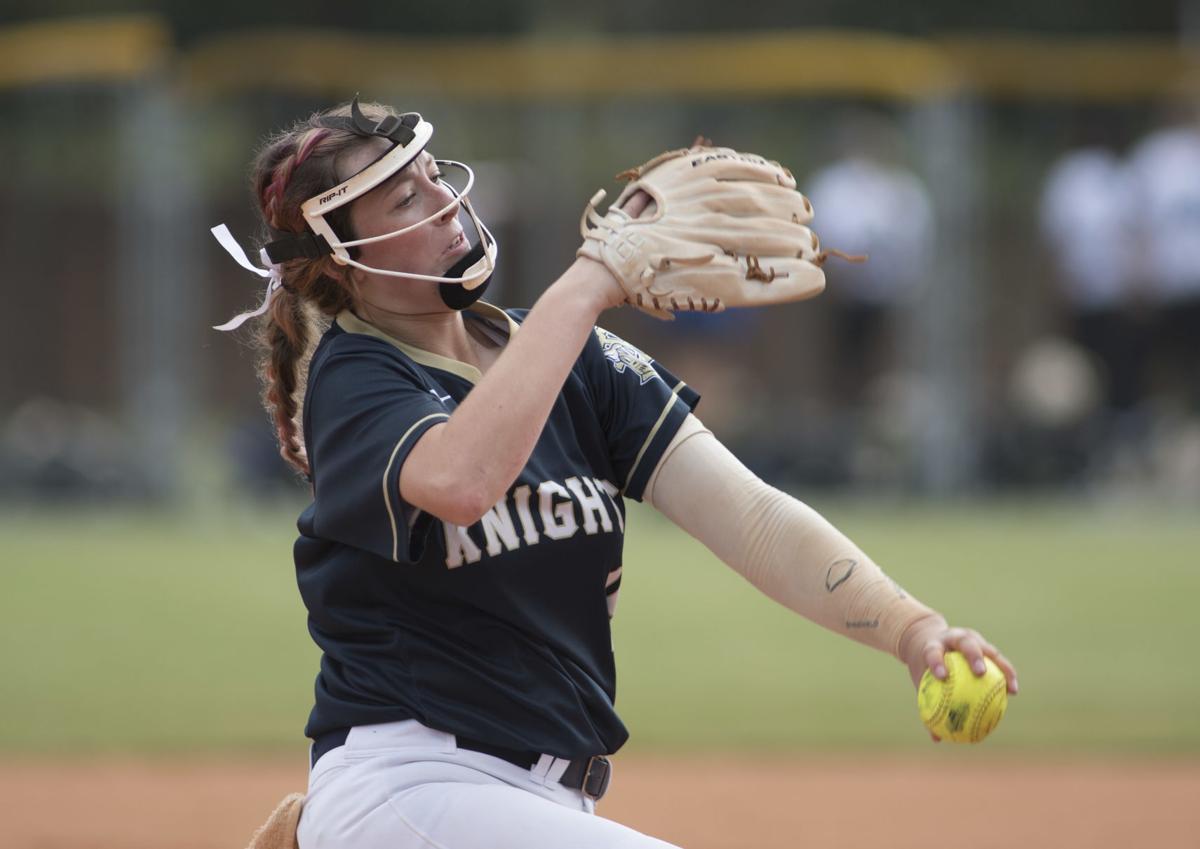 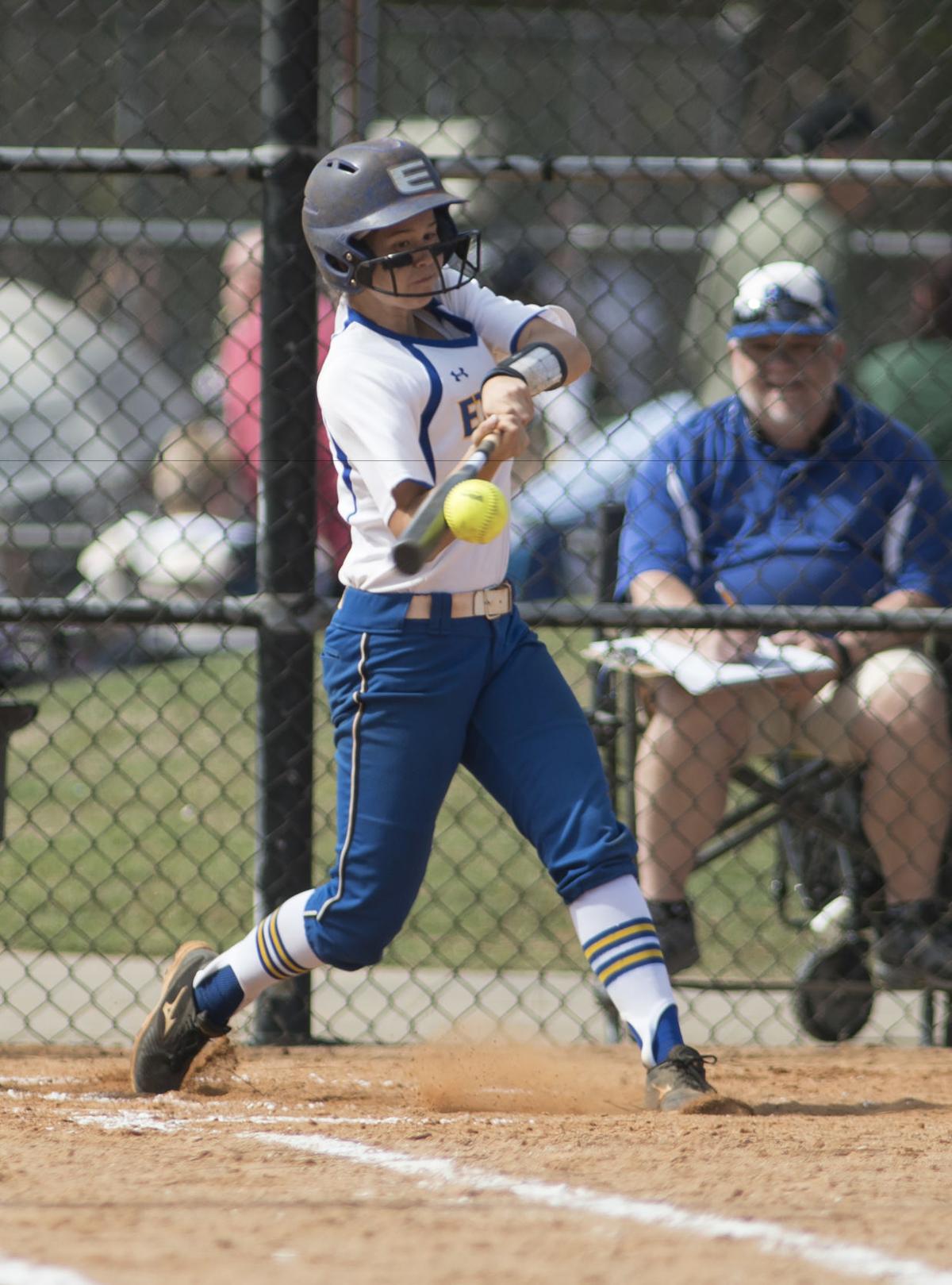 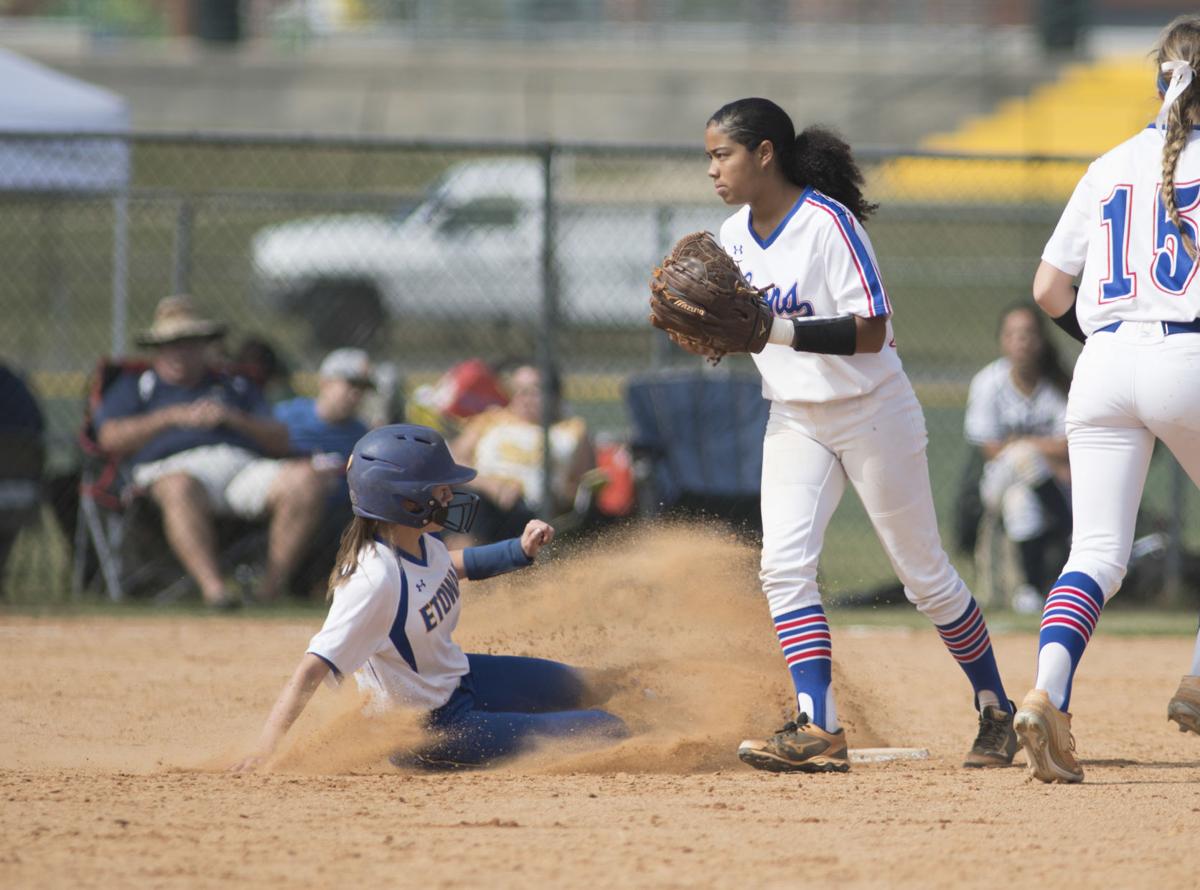 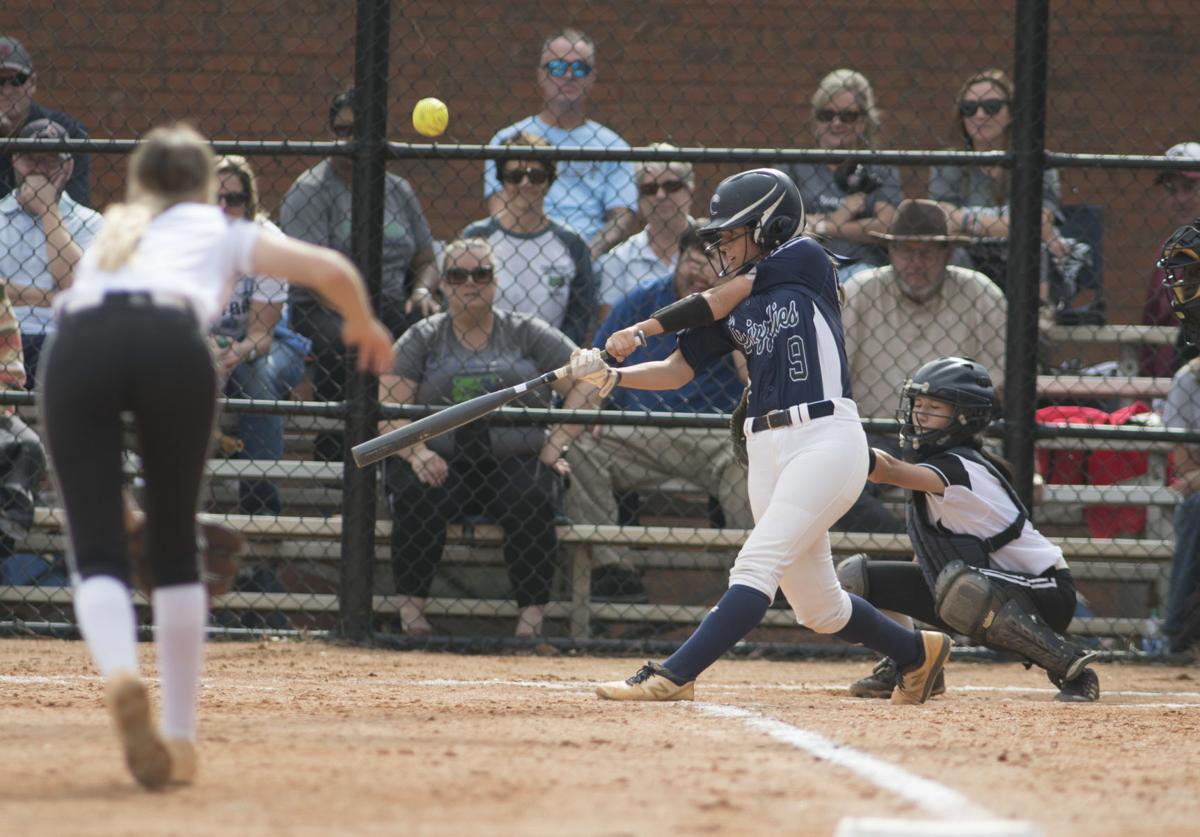 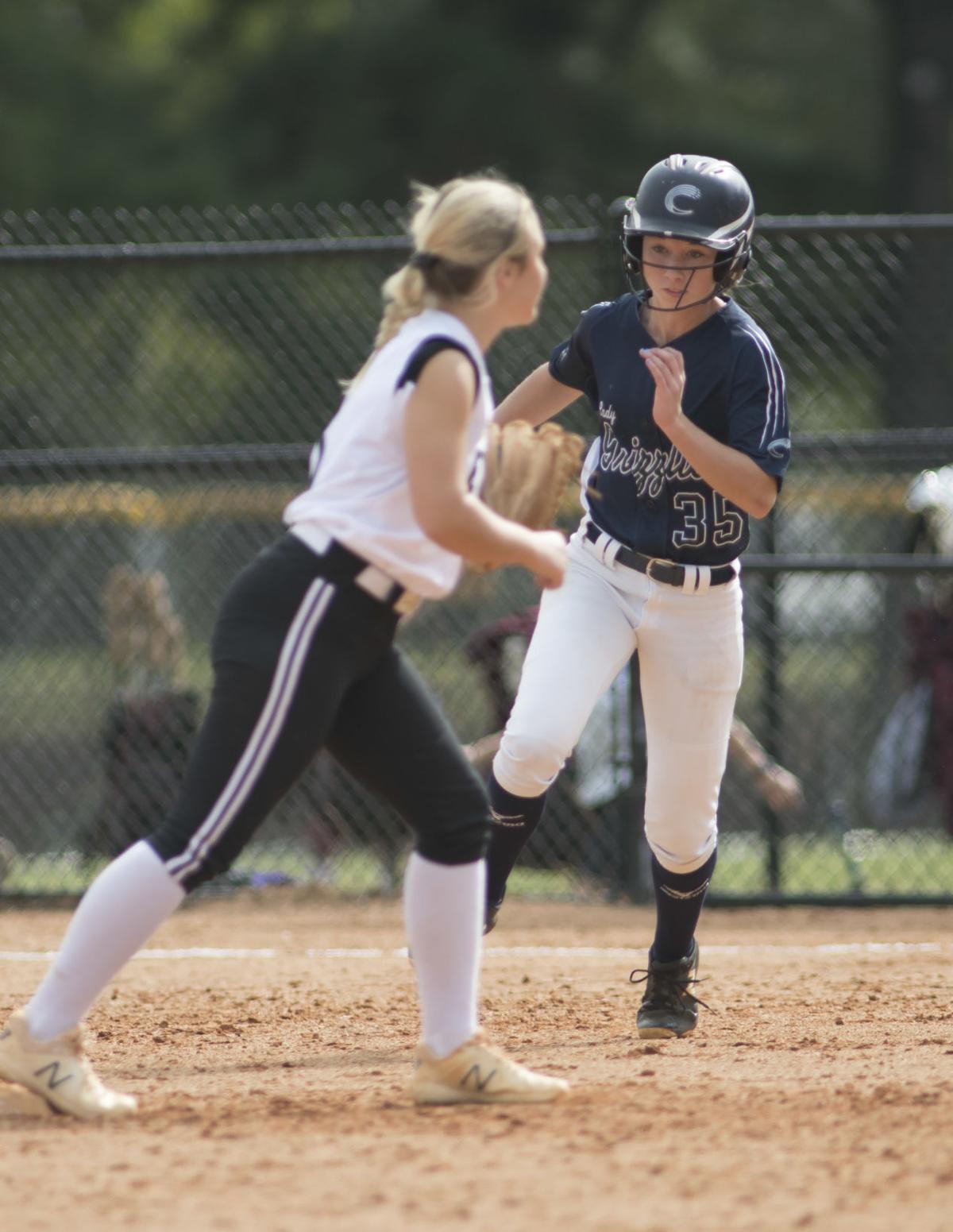 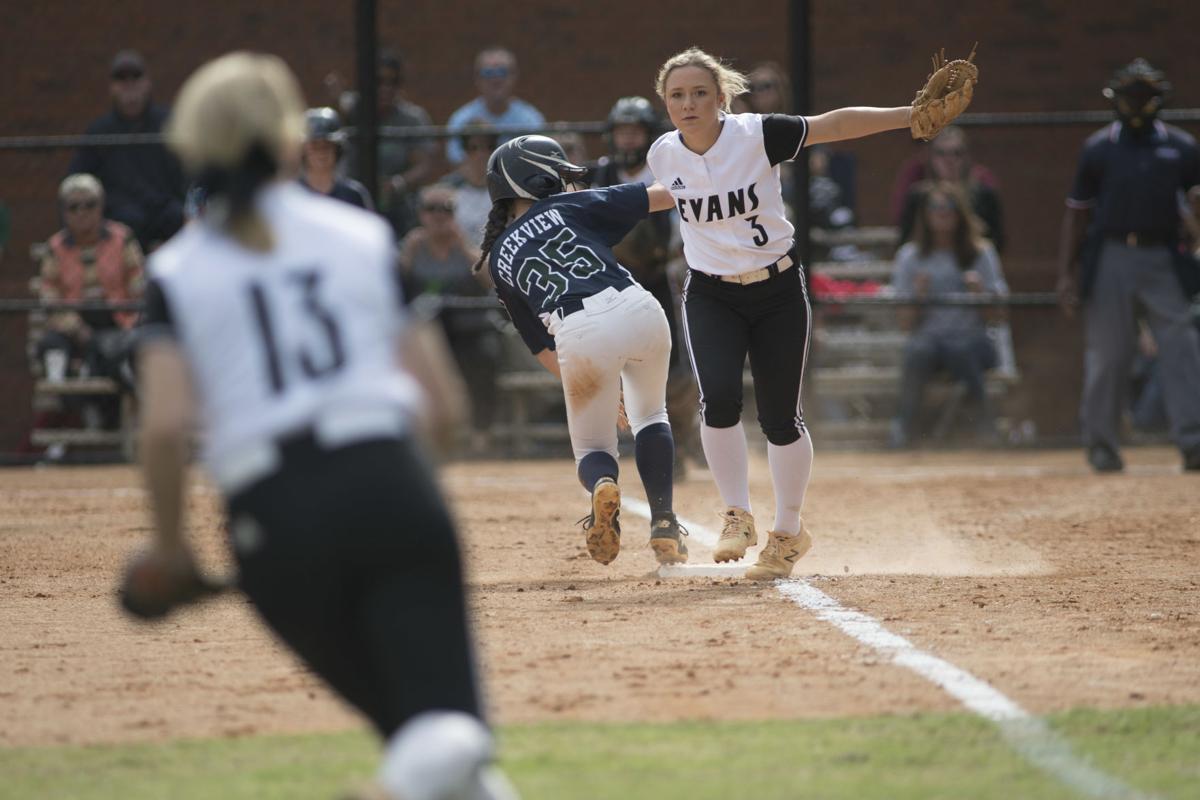 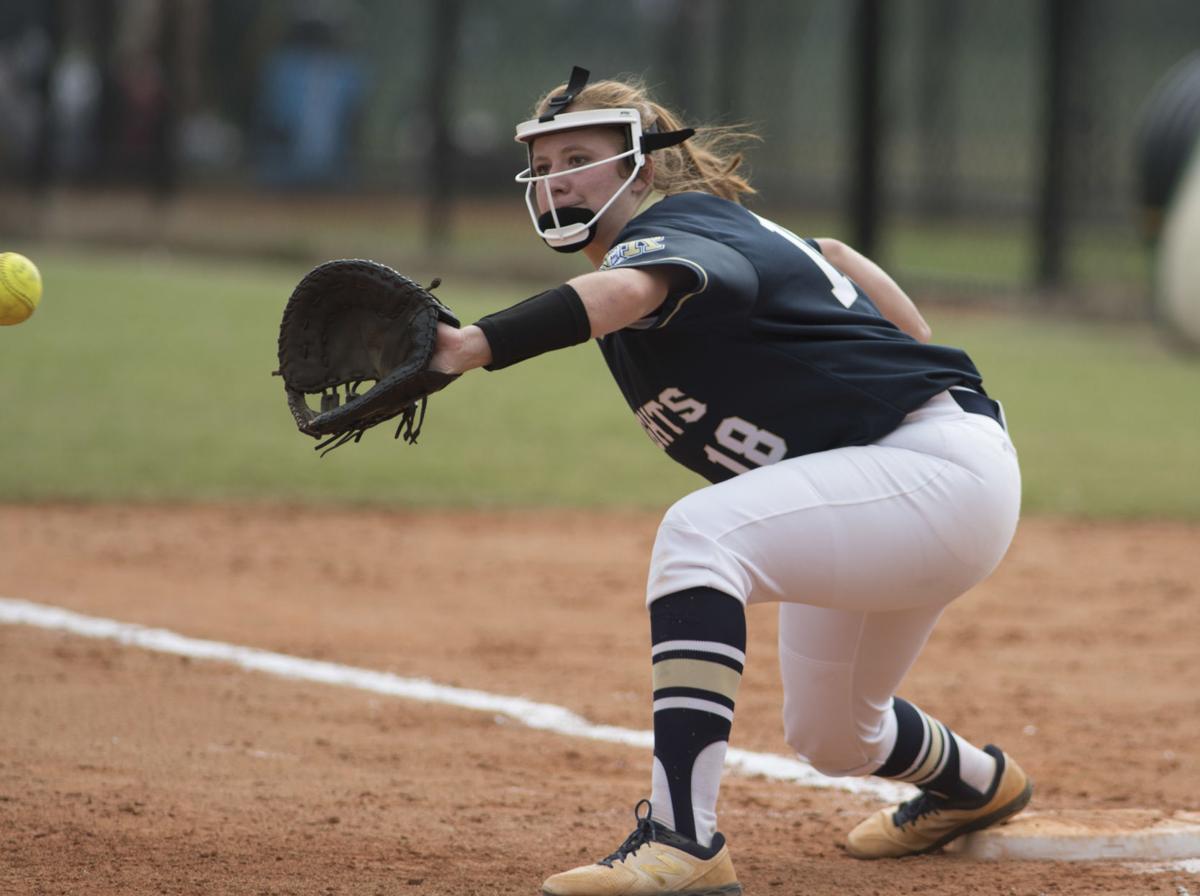 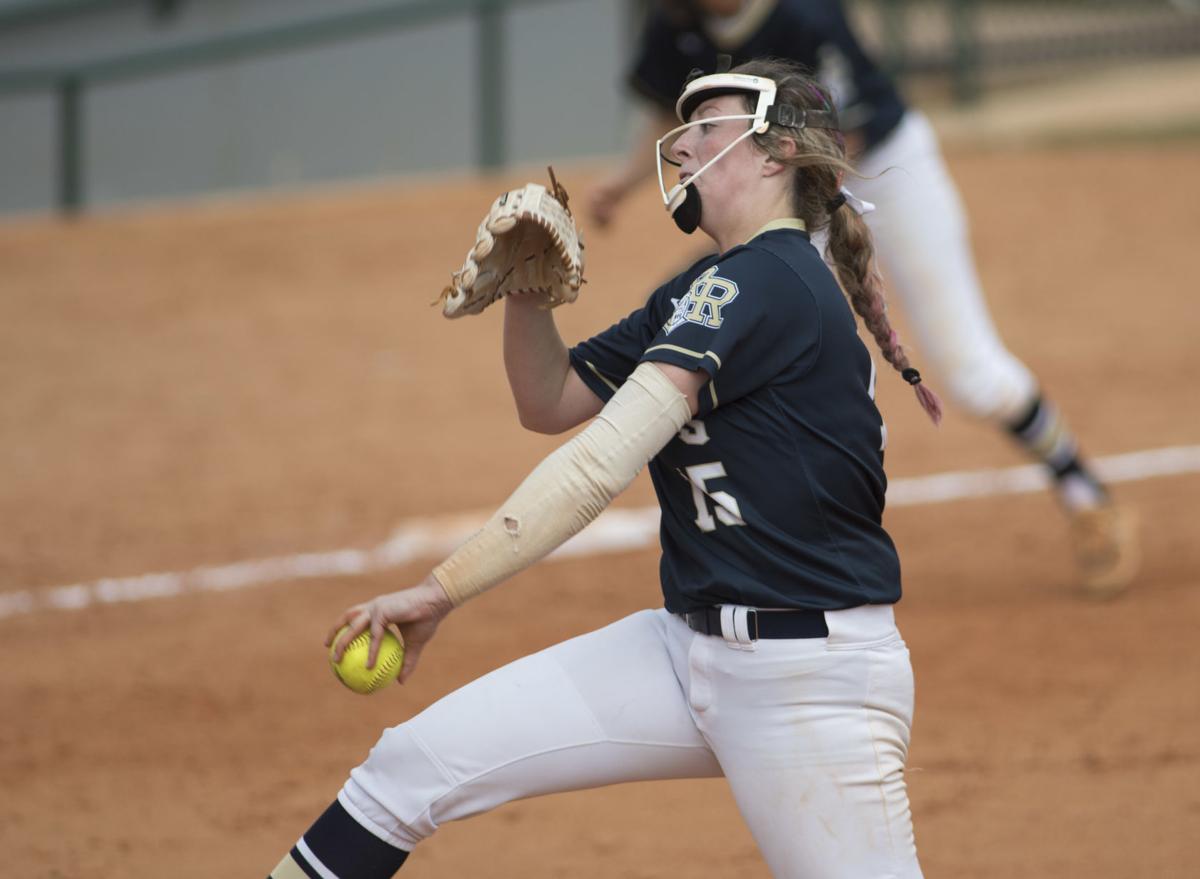 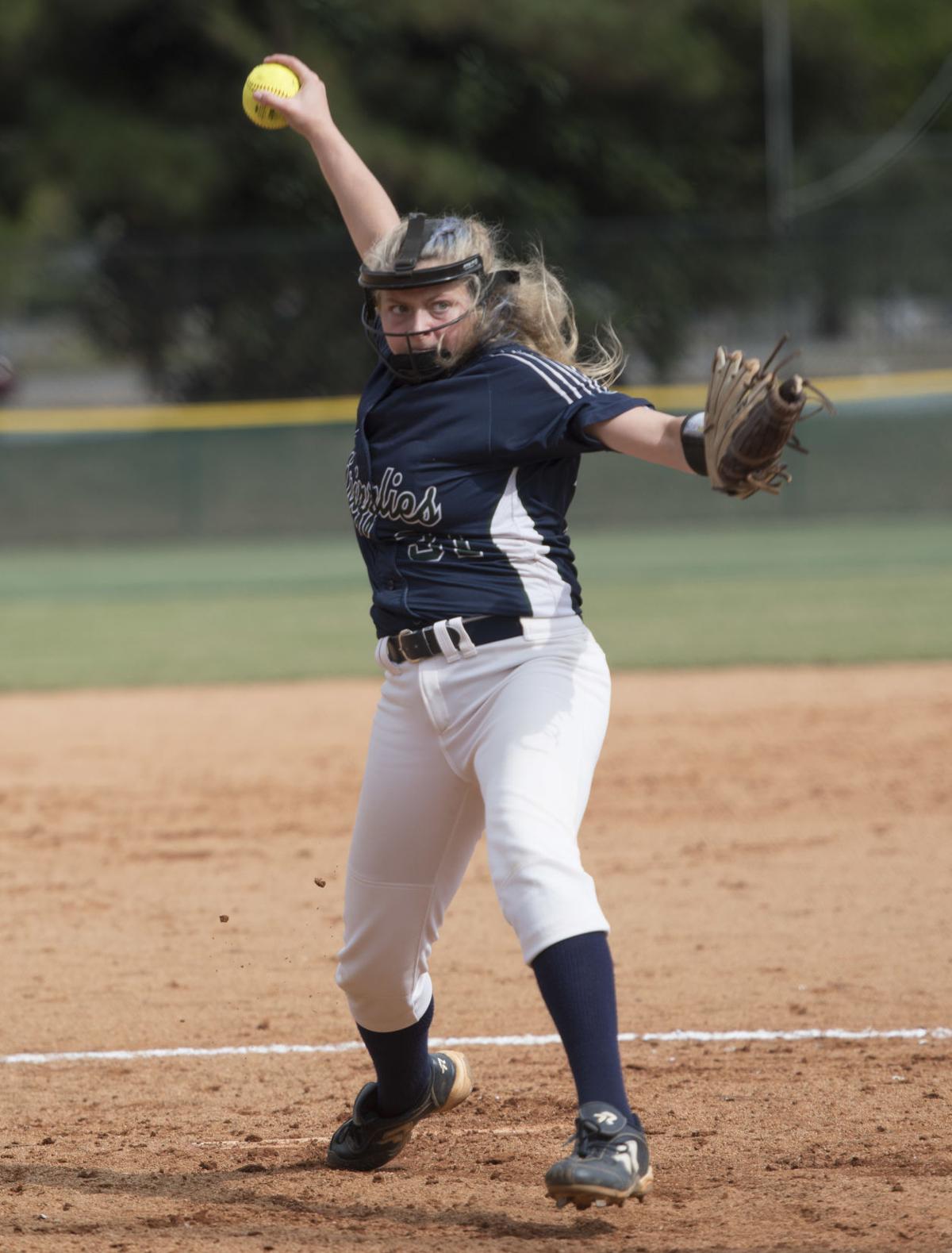 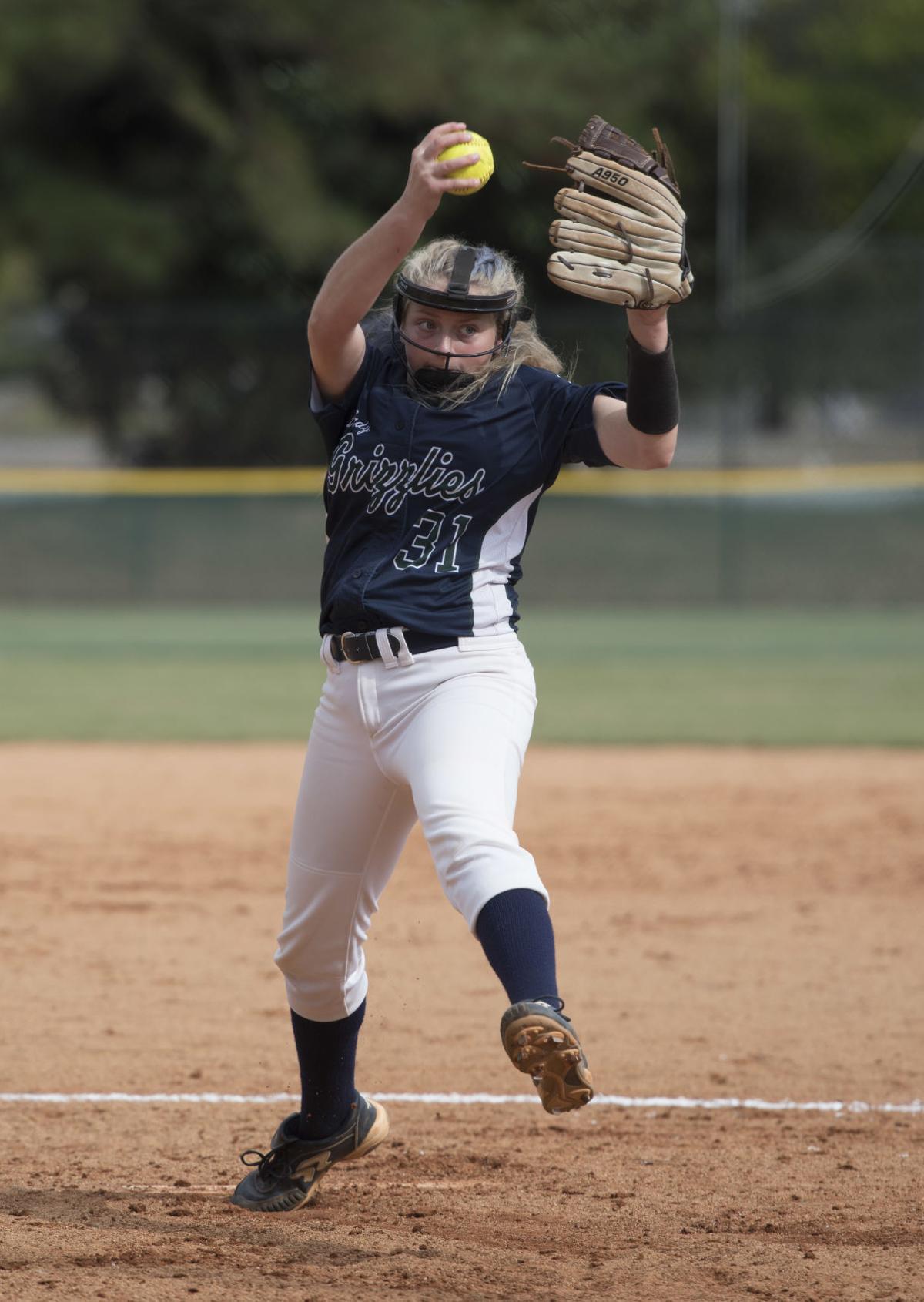 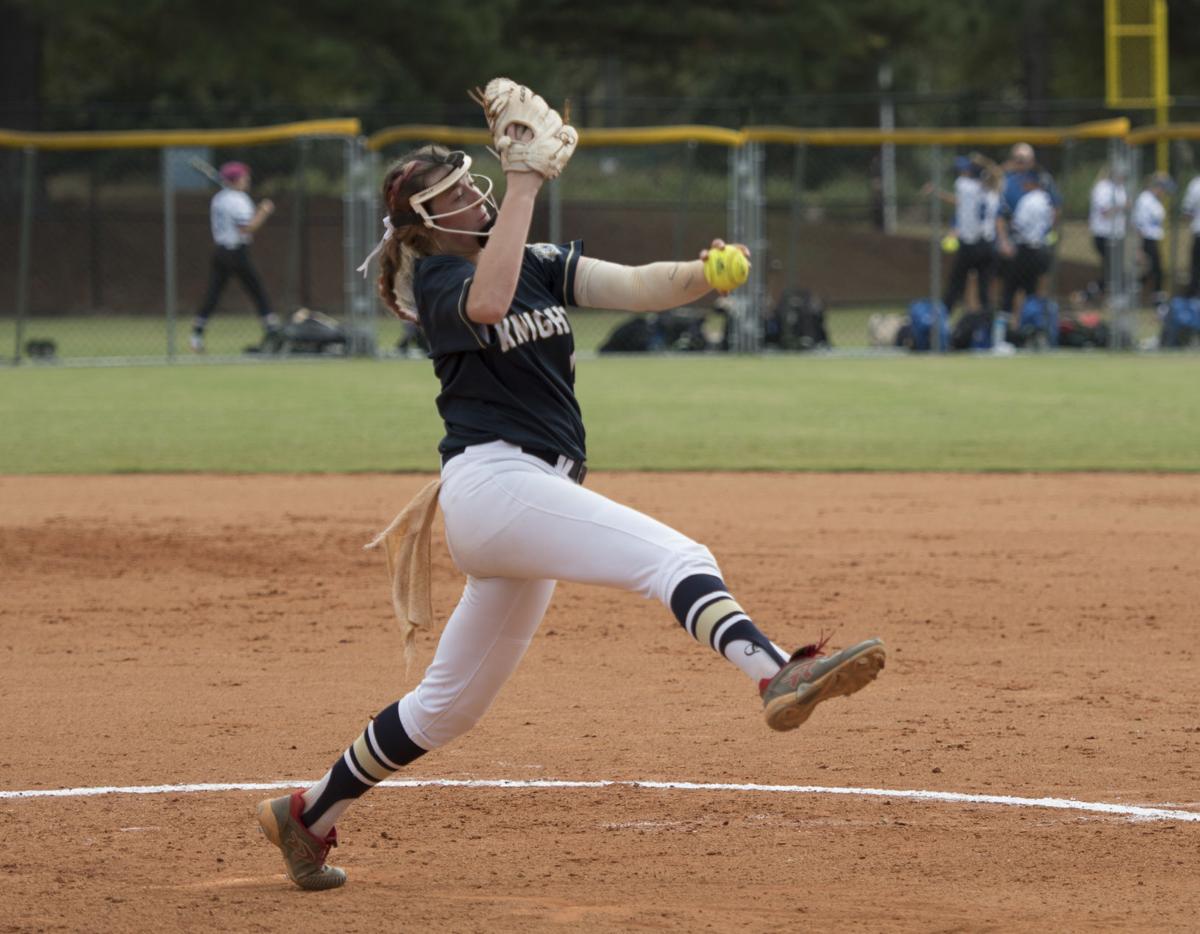 Each of the three Cherokee County softball teams began their state tournament run with wins Thursday afternoon at the South Commons Softball Complex in Columbus, but they all fell in their second games, making their paths to a state championship became even more challenging.

After the third day in Columbus, only one team was still left playing.

Etowah 4, North Forsyth 1: Etowah scored three runs in the first inning, added one more in the second and held on for victory Friday night in Columbus.

North Forsyth outhit Etowah 7-3, but Paige Patterson and Kinsey Norton each homered while Norton scattered seven hits and allowed one earned run to earn the win.

The victory advanced Etowah (23-9) to the third day of the tournament, it will play at 10 a.m. on Saturday morning against Peachtree Ridge in an elimination game. The game will be a rematch of the teams' first game of the tournament which Etowah won 3-0.

Northgate 6, Creekview 4 (8 inn.): Creekview was three outs away from advancing, but Northgate scored two runs in the seventh inning to send the game to extra innings, then added three the following inning.

Creekview rallied for one in the bottom of the eighth, but it could not add anymore and was eliminated from the Class AAAAAA tournament Friday night.

Creekview finished its season at 28-6.

Lee County 5, River Ridge 2: Lee County scored twice in the first inning, added one more in the third and tacked on a couple more runs in the fifth as the Lady Trojans eliminated River Ridge from the Class AAAAAA tournament Friday night.

The Lady Knights ended their season at 22-13.

River Ridge scored one in the fourth inning and one in one more in the sixth, but Lee County's Abby Hughes was too much and earned the win. Hughes also finished 2-for-3 with four RBIs from the plate.

Grayson 6, Etowah 0: Grayson scored twice in the bottom of the first inning and added on four runs late as Etowah fell in its second game of the Class AAAAAAA tournament Thursday night.

Kinsey Norton picked up Etowah’s only hit of the game as the Lady Eagles were outhit 10-1.

"We kind of got away from what we've been doing all season long," Etowah coach Victoria Carter said. "We weren't seeing the ball very well at the plate and didn't get runners on to give ourselves a chance to score."

With the loss, Etowah moved to the consolation bracket and were set to play an elimination game Friday afternoon against North Forsyth.

Dacula 2, Creekview 1 (8 inn.): In one of the many one-run games on the first day of the Class AAAAAA tournament, Creekview fell in extra innings Thursday night.

Dacula got on the board first with one run in the bottom of the first inning, but Emily Wilkie’s RBI double in the top of the sixth inning tied the game 1-1. After the game moved to extras, Dacula ended it with a walk-off victory when Nikki Lajarra scored on a passed ball.

Creekview moved into the consolation bracket and played Friday against Northgate in an elimination game.

Pope 1, River Ridge 0: Pope scored one run in its first at-bat of the game and it turned out to be enough as River Ridge fell in its second game of the day Thursday night.

Sydney Osada allowed three hits and struck out eight for River Ridge, but it wasn’t enough as the Lady Knights were no-hit by Pope pitcher Hallie Adams.

“Down here, it’s just a pitching clinic,” River Ridge coach Andy Marinelli said. “Every single team has a girl who can get it done. It basically comes down to whichever team makes that first mistake.”

The loss moved River Ridge into a consolation game against Lee County on Friday afternoon.

Scores of the evening games were not known as of press time.

"Kinsey pitched well against a good team," Etowah coach Victoria Carter said. "Every team we're going to face down here is going to be good."

Patterson, Norton, Molly Frost and Emma Yanes each recorded hits for Etowah, while Norton struck out eight in the circle.

The victory was the only game on the first day of the Class AAAAAA tournament that did not end by a one-run margin.

Creekview tallied seven runs on seven hits, but Evans pitcher Leah Powell was impressive in the loss, recording 16 strikeouts of her own.

River Ridge 5, Northgate 4 (12 inn.): In possibly the wildest game of the first round, River Ridge junior Sydney Osada pitched out of a bases-loaded, no-out jam in the bottom of the 12th to secure the win.

“That was probably the craziest game I’ve ever been a part of,” River Ridge coach Andrew Marinelli said. “All the other games were done and you could see everyone in the park coming over to watch the ending of our game. After that final out, it was like we won a state championship because the emotions of that one were so up-and-down."

At the end of seven innings, the game was scoreless and Osada was working on a no-hitter. River Ridge scored one run each in the top of the 10th and 11th innings, only to see Northgate tie the game on both occasions. A three-run top of the 12th gave the Lady Knights a bit of breathing room but Northgate scored twice before loading the bases with no outs.

Osada then struck out two batters and induced a game-ending pop-up.

“Osada battled her tail off and got it done,” Marinelli said. “This is the best I’ve ever seen her throw. She’s definitely showing why she’s going to Georgia.”