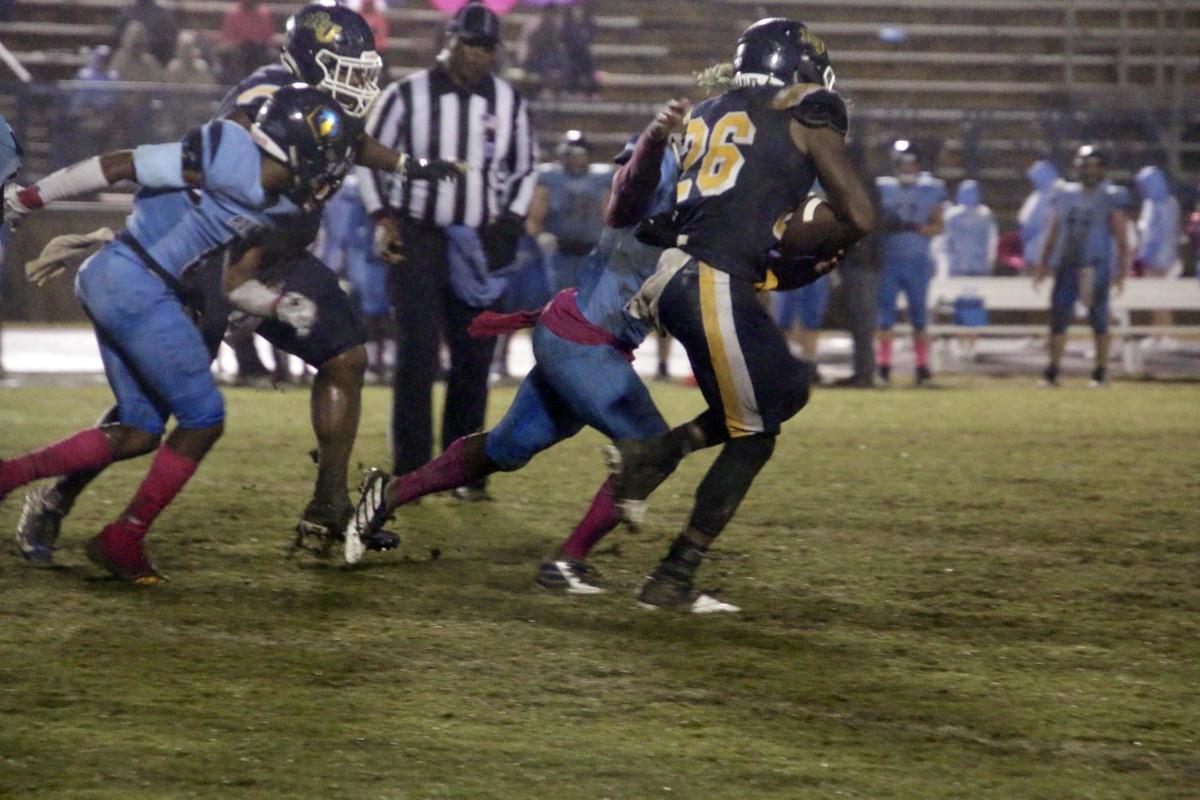 Reinhardt running back M’Calun Lanier led the team with 72 rushing yards on Saturday at Point University. 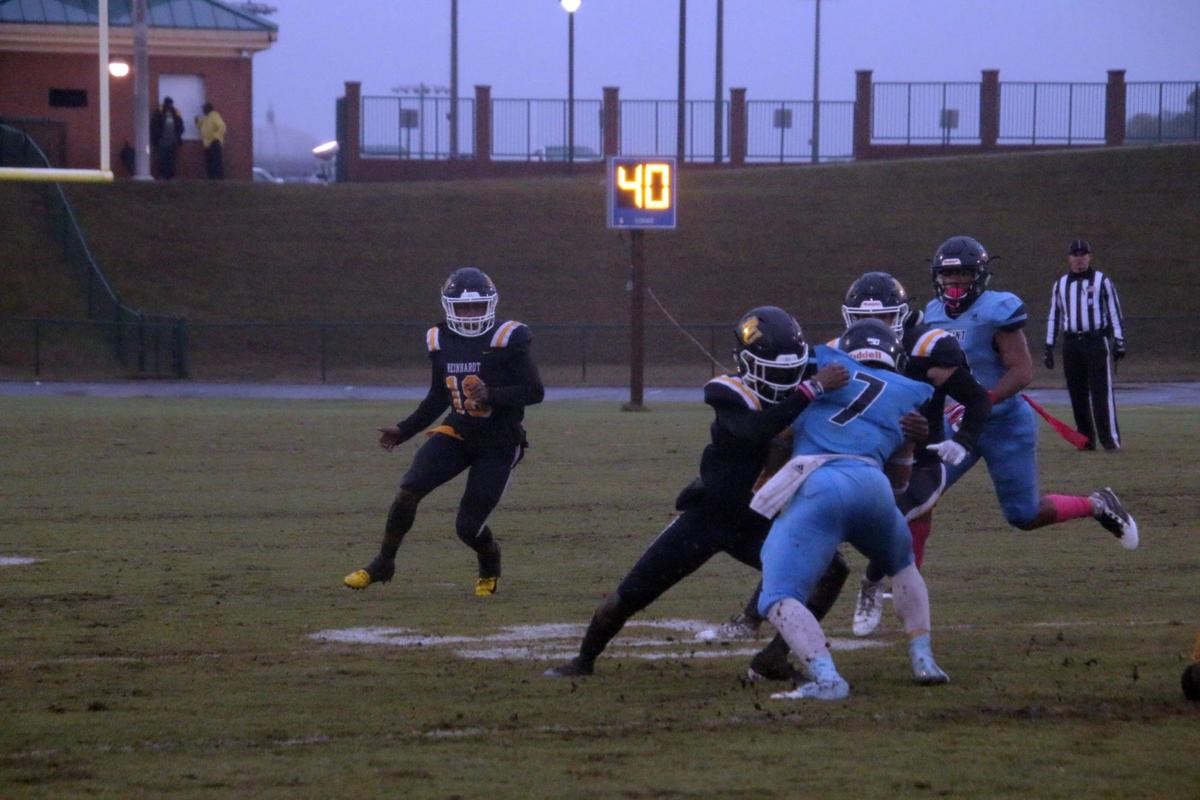 Reinhardt recorded its second shutout of the season in Saturday’s 19-0 win at Point University in West Point, Georgia. 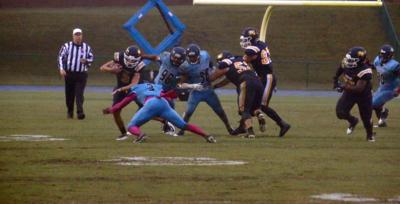 Reinhardt running back M’Calun Lanier led the team with 72 rushing yards on Saturday at Point University.

Reinhardt recorded its second shutout of the season in Saturday’s 19-0 win at Point University in West Point, Georgia.

Despite Mother Nature, Reinhardt won on the road on Saturday night.

Playing in torrential rain, low temperatures and heavy winds, Reinhardt defeated Point University 19-0 on Saturday night in West Point, Georgia. The win gave Reinhardt (6-2, 3-0) a third consecutive Mid-South Conference victory and its second shutout victory of the season although, aesthetically speaking, the play on the field left much to be desired.

Reinardt coach James Miller said there’s only two ways to approach a situation like the one presented on Saturday night..

“You either complain about it or you deal with it,” Miller said. “That’s what I told the guys before the game. You have to embrace it.”

Miller said he held his team back for an abbreviated pre-game warm up due to the weather conditions. Once the game began, Reinhardt struck first when quarterback Billy Hall scored his team-high seventh touchdown of the season on a 13-yard run midway through the first quarter. The early score proved to be important as the score remained 7-0 through three quarters and both teams dealt with multiple turnovers.

A total of 11 fumbles occured in the game with Reinhardt suffering seven and losing three.

“It was sloppy out there, just a pigsty,” Miller said. “I haven’t been that wet in a long time, and wasn’t just wet but it was cold and windy too. We could have done some better stuff offensively, but it was tough to get anything to be honest with you. But I thought we did some good things up front against a physical defense. I thought the kids handled it about as good as we could.”

Defensively, Reinhardt continued its impressive season as Point was held to 51 total yards on its home field. The Eagles tallied four sacks and held Point to 0-for-11 on third downs and 0-for-3 on fourth downs. With Saturday’s effort, Reinhardt improved to No. 3 in the country in sacks (26) and No. 2 in the country in opponents third down percentage (20.8 percent).

Senior defensive lineman Seth Fallen recorded two of the sacks on Saturday and now has a team-high 5.5 on the season.

“Our defense played lights out the whole game,” Miller said. “We really did a good job of plugging up the run game. Tackling is harder in those types of games because you can’t get your footing. It was some of the worst conditions I’ve ever been a part of.”

Touchdown runs by Trevae Cain and M’Calun Lanier in fourth quarter cemented the victory for Reinhardt. Lanier finished with a team-high 72 yards on 12 carries and Reinahrdt outgained Point 244-51 on the waterlogged field. Kenneth Lowery and Malik Ransom led Reinhardt with five tackles apiece and Lowery added a team-high three tackles for loss.

Saturday’s game was Reinhardt’s fifth road game in the past seven weeks and the Eagles will make it six out of seven this week when they kickoff at 1:30 p.m. on Saturday against St. Andrews University in Laurinburg, North Carolina.