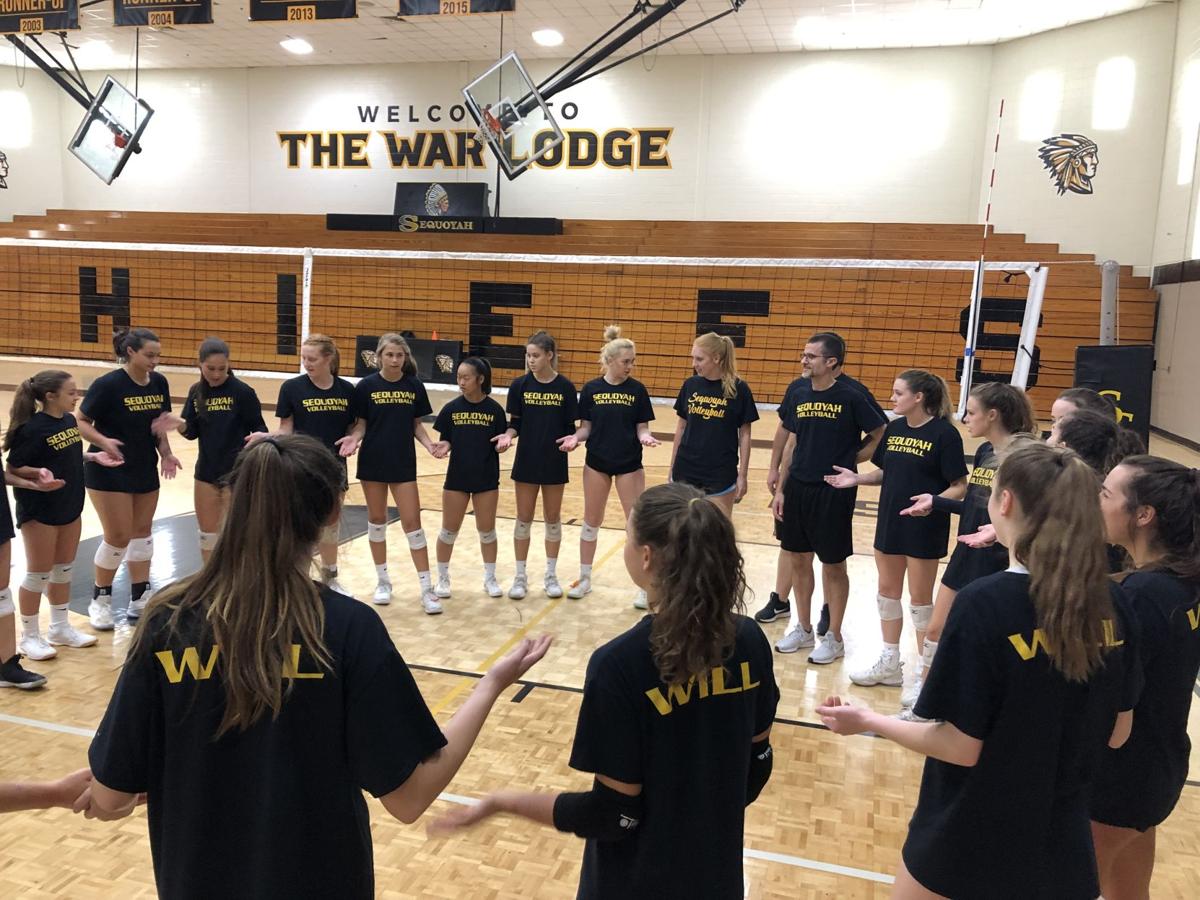 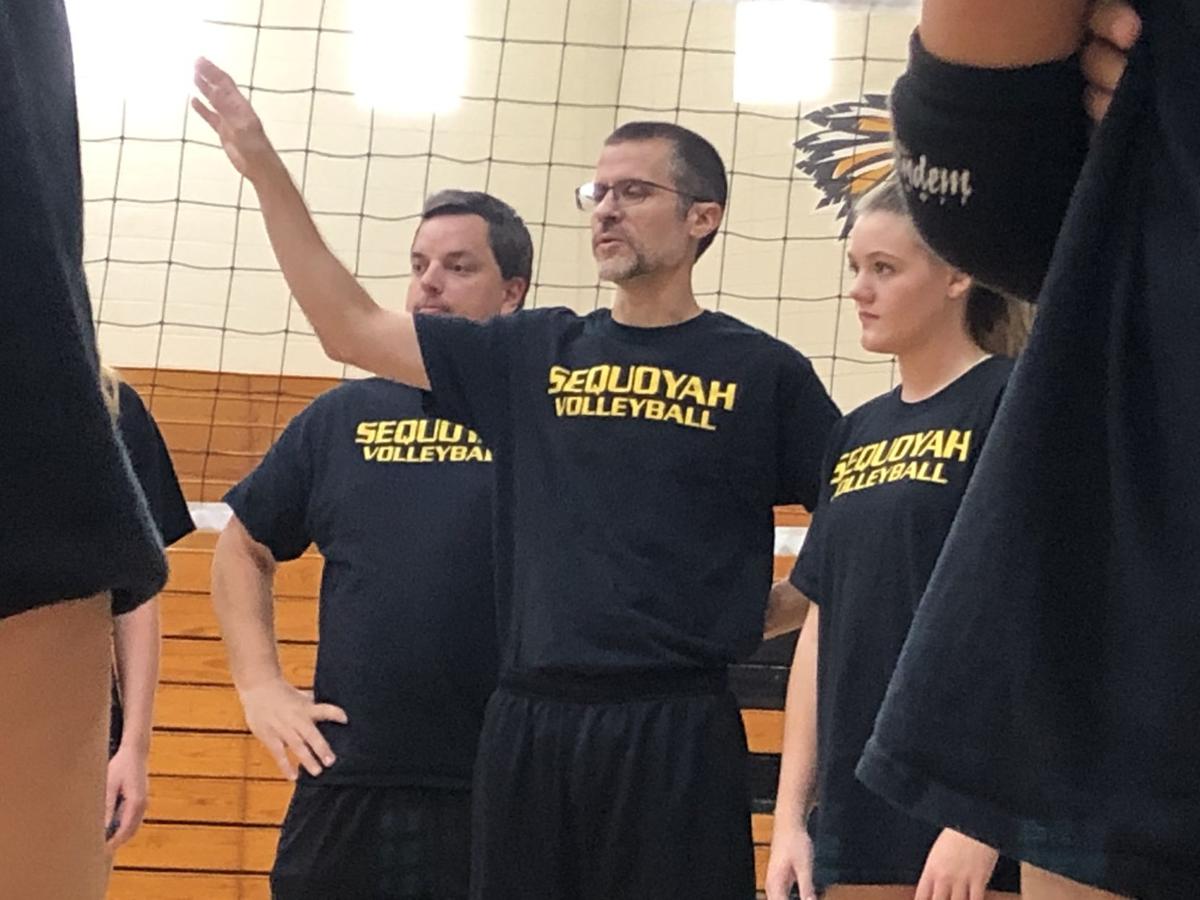 Sequoyah coach John Edwards, huddling with his team at an early-season practice, will be looking to lead the Lady Chiefs to their first state title since 2014. 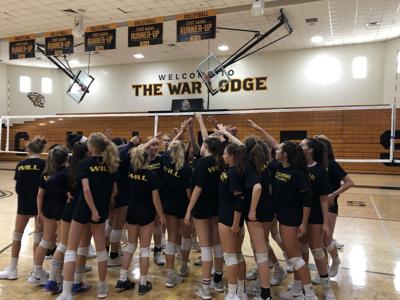 Sequoyah coach John Edwards, huddling with his team at an early-season practice, will be looking to lead the Lady Chiefs to their first state title since 2014.

On Saturday, two region rivals will face each one another for the fourth time this season.

This time, however, the Class AAAAAA state volleyball championship will be on the line.

Allatoona (36-14) and Sequoyah (41-1) will square off the title at 4 p.m. at Marietta High School. The Lady Chiefs won each of the three previous meetings, including the Region 6AAAAAA championship, but nothing is given when it comes to state titles.

“I was telling one of the girls on Friday morning, I wish we could play right now,” Edwards said. “It feels like it’s been two weeks since (the semifinal) Tuesday.”

Sequoyah has been dominant all season and advanced to the championship with a 25-13, 25-16, 25-16 sweep of defending state champion Pope on Tuesday. The Lady Chiefs have a collection of youth and experience this year which has propelled them within one win of their first state title since 2014.

Junior outside hitter Paige Powers leads the team with 475 kills and is second with 269 digs. Senior Allie Powers and junior Emma Bjerke are both among the team leaders in kills and blocks, but it has been a trio of freshmen who have been at the center of Sequoyah’s magical season.

Skylar Martin, Taylor Pecht and Sara Siefert have been impressive from the opening match of the season. Martin leads the team with 404 digs and 63 aces, while Siefert is second with 284 kills. Pecht has racked up 1,020 assists.

“We’re ahead of schedule compared to what I thought would happen,” Edwards said. “That just speaks to this group and how much they’ve bonded. All the different groups that could have been hard to fit in, they’ve been great with that. They genuinely like to spend time with each other. I think that helps our level of communication.”

Allatoona should feel confident after sweeping the only team to defeat Sequoyah this season. The Lady Buccaneers beat Alpharetta 25-21, 25-13, 25-18 in the semifinals, led by Chamblee Russell's 18 kills and four aces.

Annie Smith leads Allatoona with 1,139 assists on the season, while Callie Miller leads the team in aces (91) and blocks (66).

Saturday's match will feature several players at or near the top in statistical categories in the state.

Russell’s 659 kills lead Class AAAAAA, while Paige Powers is third. Smith and Pecht are third and fourth, respectively, in assists.

Edwards said his team has fed off its fans all season. During Tuesday’s match against Pope, a pep band was in attendance, along with a substantial student section.

For a young team, the pressure of the moment has yet caught up with the Lady Chiefs.

“The bigger the crowd we’ve had, the better the kids have played,” Edwards said.

Edwards said he planned on keeping the same routine and disposition he has all year because his team knows what to expect at this point. To have volleyball take center stage at this time of year certainly speaks for itself.

“From experience, if you try to control it too much, everyone gets tight because they think this is different,” Edwards said. “You have to enjoy it, but you also have to be focused. Our mindset in big moments this year is what has really impressed me.