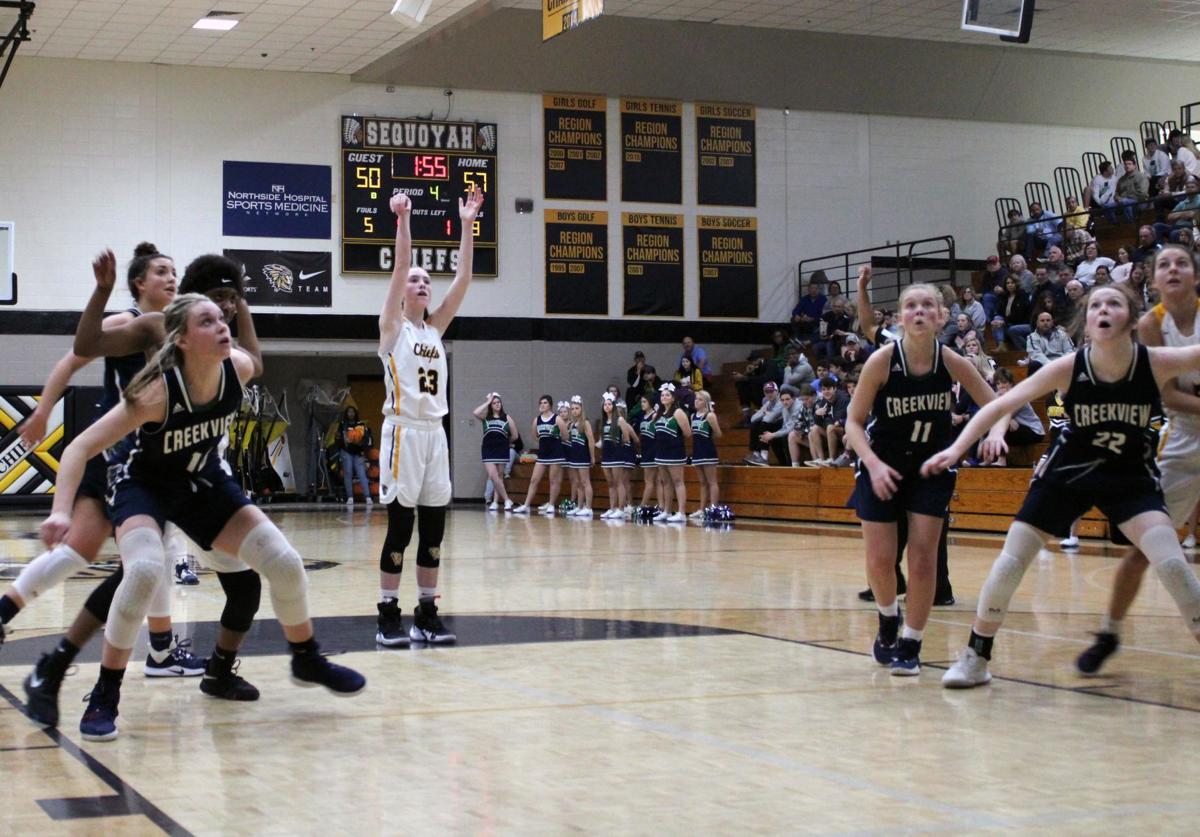 Sequoyah freshman Elle Blatchford (23) shoots a free throw in the second half of Sequoyah wins over Creekview on Tuesday in Canton. 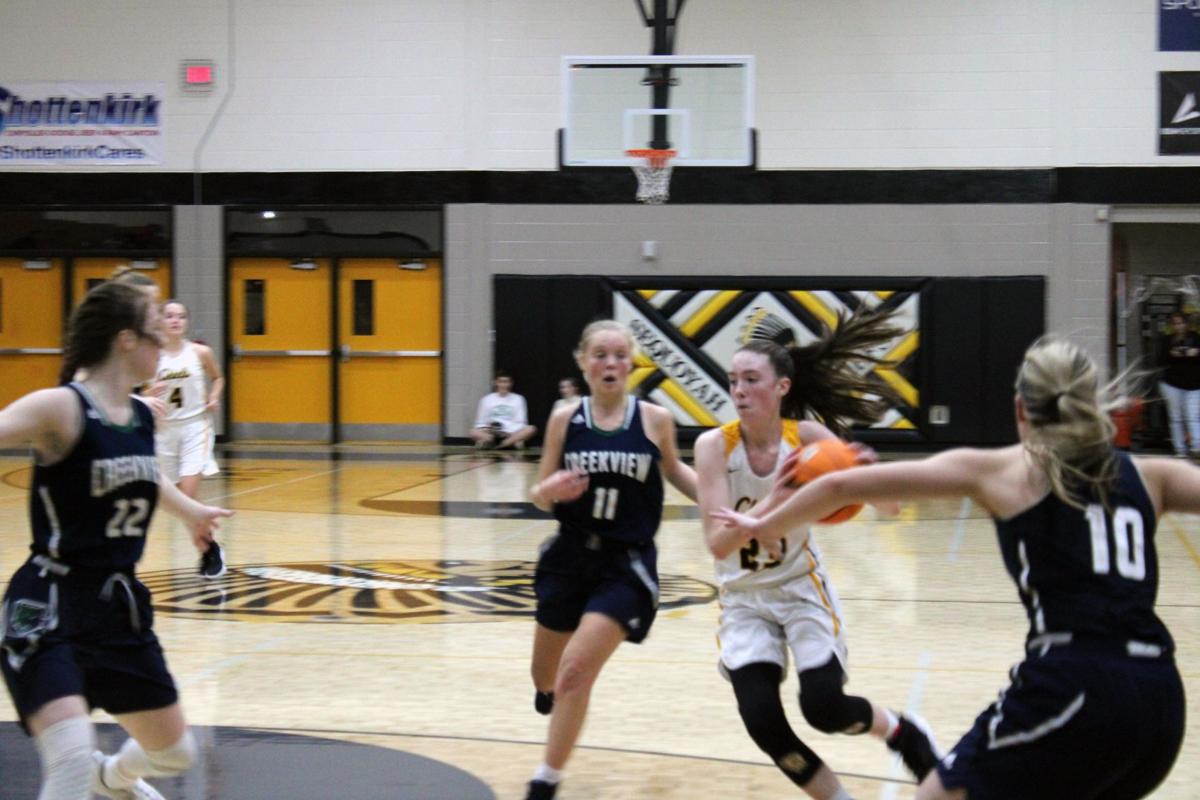 Sequoyah freshman Elle Blatchford (23) drives into the lane against Creekview on Tuesday.

Sequoyah freshman Elle Blatchford (23) shoots a free throw in the second half of Sequoyah wins over Creekview on Tuesday in Canton.

Sequoyah freshman Elle Blatchford (23) drives into the lane against Creekview on Tuesday.

CANTON — Creekview hit nine 3-pointers and cut Sequoyah’s lead to four points in the final minute, but the Lady Chiefs had an answer each time the Lady Grizzlies made a run.

Sequoyah won 61-55 on Tuesday in the War Lodge, giving the Lady Chiefs (11-5, 7-2) the regular-season sweep over their archrivals. The win also kept Sequoyah in the hunt for one of the top two seeds for the region tournament and an automatic bid to the state tournament.

“Region wins and rivalry wins are always great,” Sequoyah coach Chris Yarbrough said. “We knew (Creekview’s) run was coming in the second half, but we never let it get to us. That’s why we built that lead, and I thought we did a good job of hitting our free throws in the fourth quarter.”

The loss dropped Creekview (8-10, 4-5) into sixth place in the eight-team region.

The game remained tight for the first quarter, but an early second-quarter run gave Sequoyah the momentum it needed to take a hold of the game. With the Lady Chiefs leading 16-12 at the 6-minute mark, freshman Elle Blatchford recorded back-to-back steals at midcourt, leading to consecutive baskets.

Creekview coach Roger Nolan called a timeout, but Blatchford connected on a 3-pointer coming out of the timeout. It was her third 3-pointer of the first half, each falling through the net without hitting the rim.

“We threw the ball away three or four times in the second quarter, but (Sequoyah) really puts you in a bind with their guard play,” Nolan said. “We got down by 12, and it’s tough when you get behind them. I was proud of our girls for coming back, but every time we made a run, they answered it with a 3-pointer.”

Kayli Hamby knocked down a buzzer-beating 3-pointer to end the first half, one of Sequoyah’s 11 3s in the game. When Creekview amped up its pressure in the second half, Blatchford knifed through the Creekview defense to score herself or set up teammates for easy buckets.

“It shows you how smart of a player (Blatchford) is because she takes those good shots, and when the defense collapses on her, she’s able to kick it out to her teammates,” Yarbrough said. “She trusts her teammates to knock down those shots and she just makes our team better.”

Blatchford scored a team-high 15 points to go along with five assists, four rebounds and two steals, while Hamby finished with 10 points. Tatum Dondanville, A’ryn Jackson and Macy Williams each finished with nine points.

Creekview trailed 41-29 at the start of the fourth quarter, but it battled back make things shaky for Sequoyah in the final minutes. A 3-pointer by the Lady Grizzlies’ Julia Craft made the score 59-55 with less than 2 minutes to play, but that was as close as Creekview would come as Sequoyah knocked down five of its seven free-throw attempts in the fourth quarter.

Sequoyah will play Friday at region-leading Harrison, while Creekview will host Allatoona.