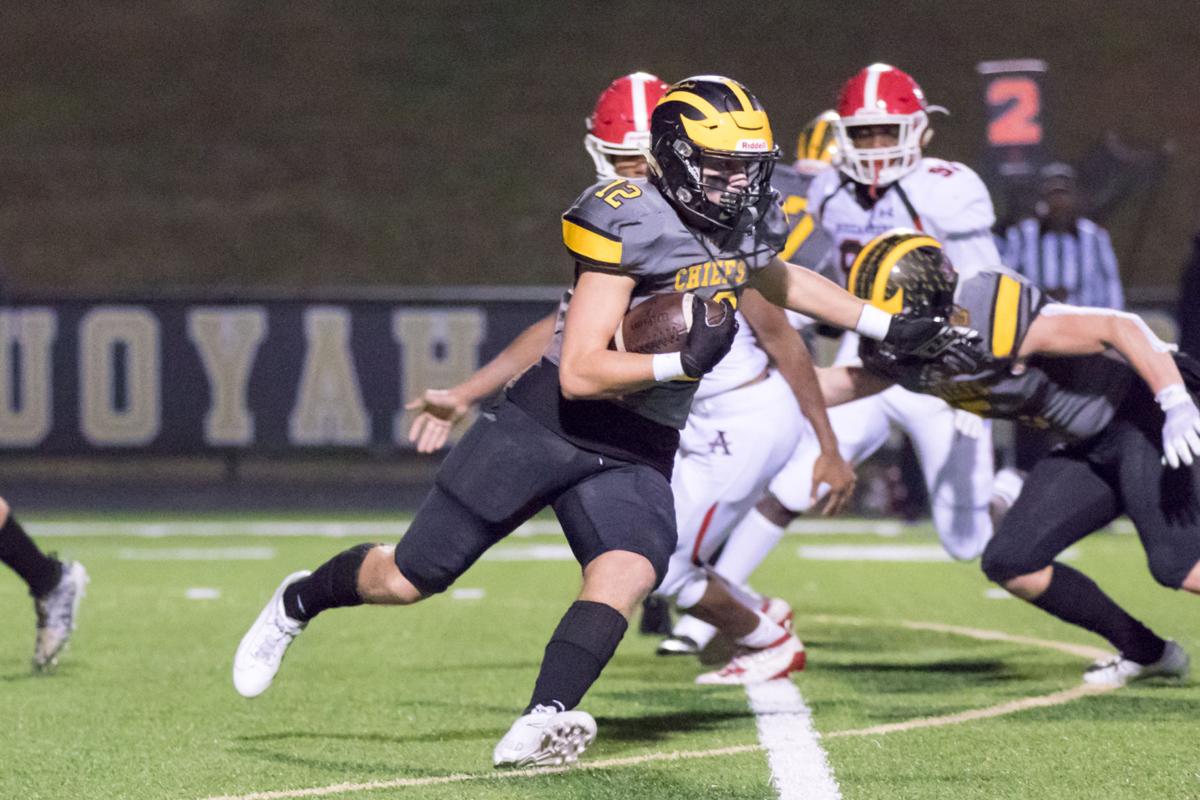 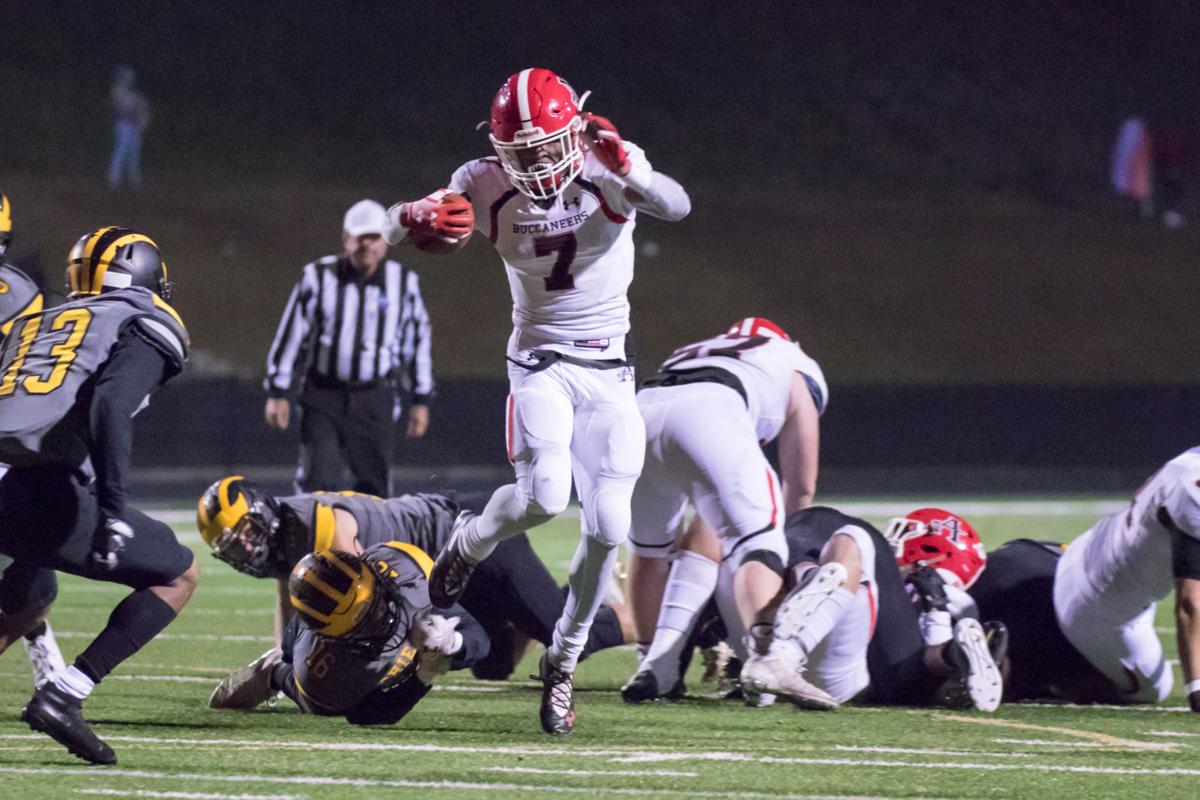 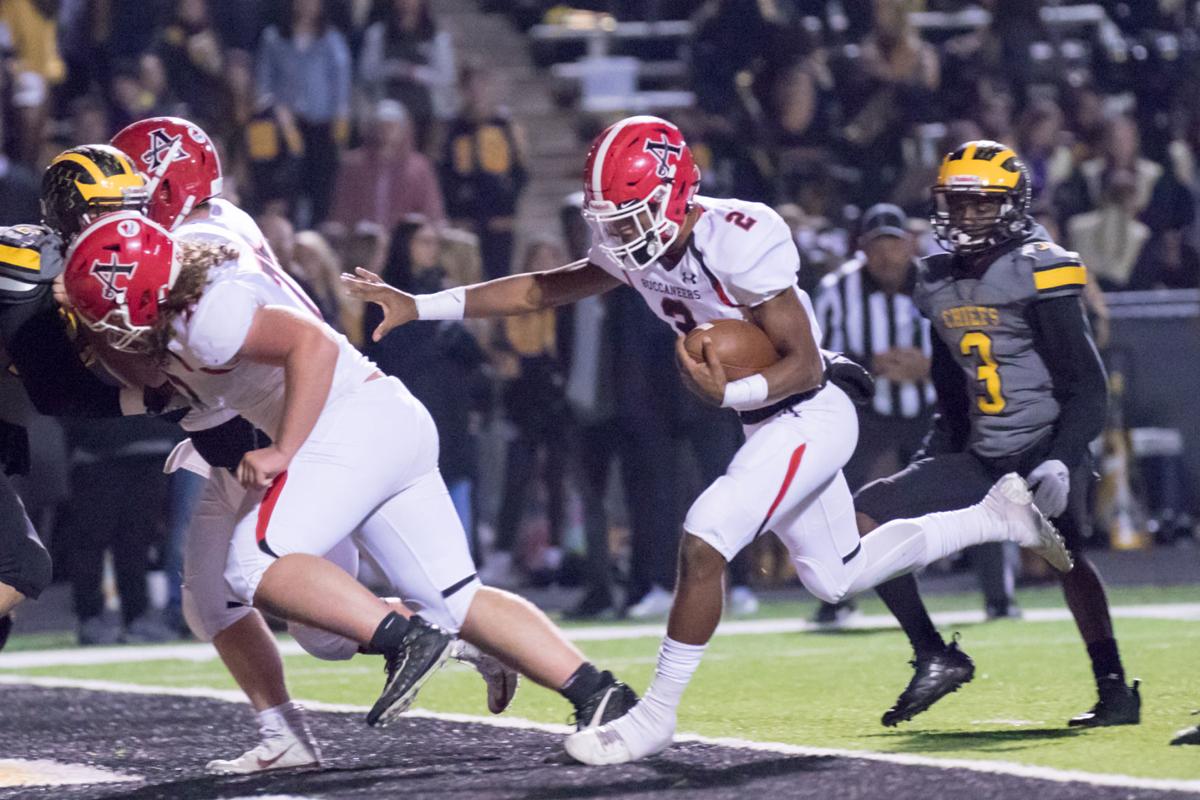 Dante Marshall(2) follows the block for a Buccaneer TD 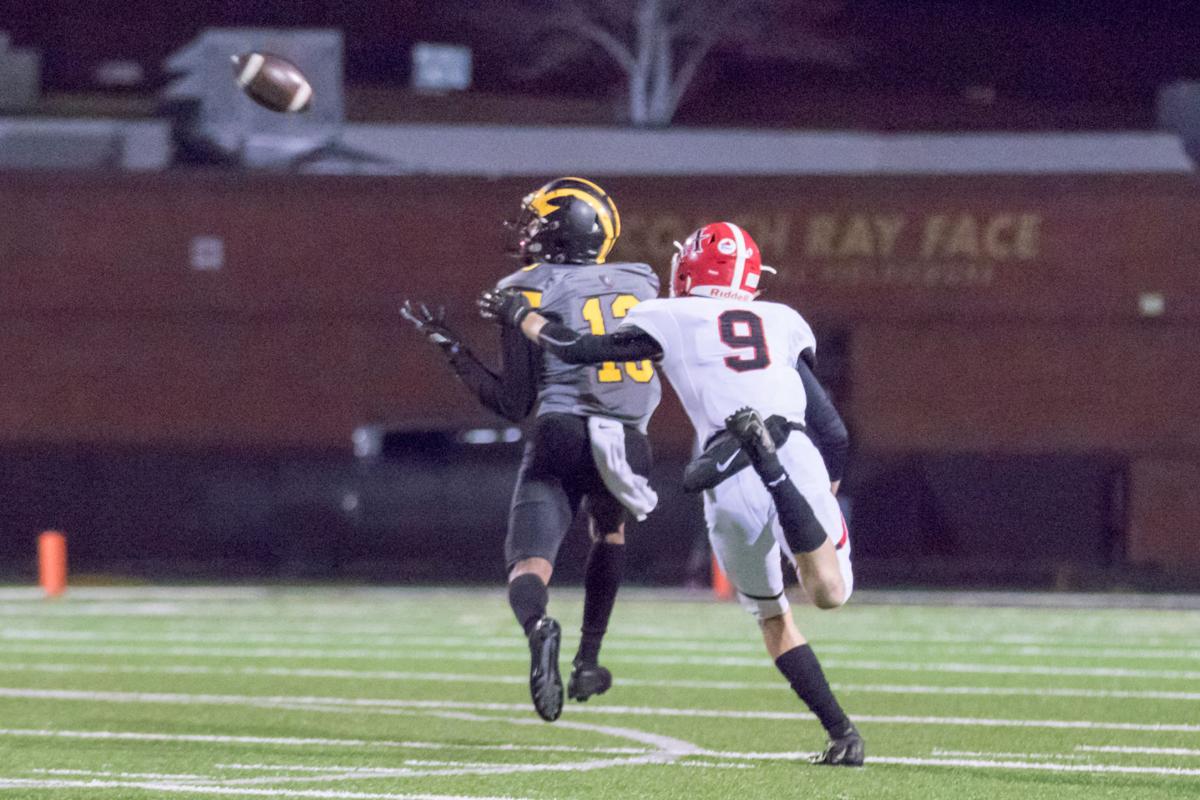 Myles McGee(13) with the long reception for the Chiefs 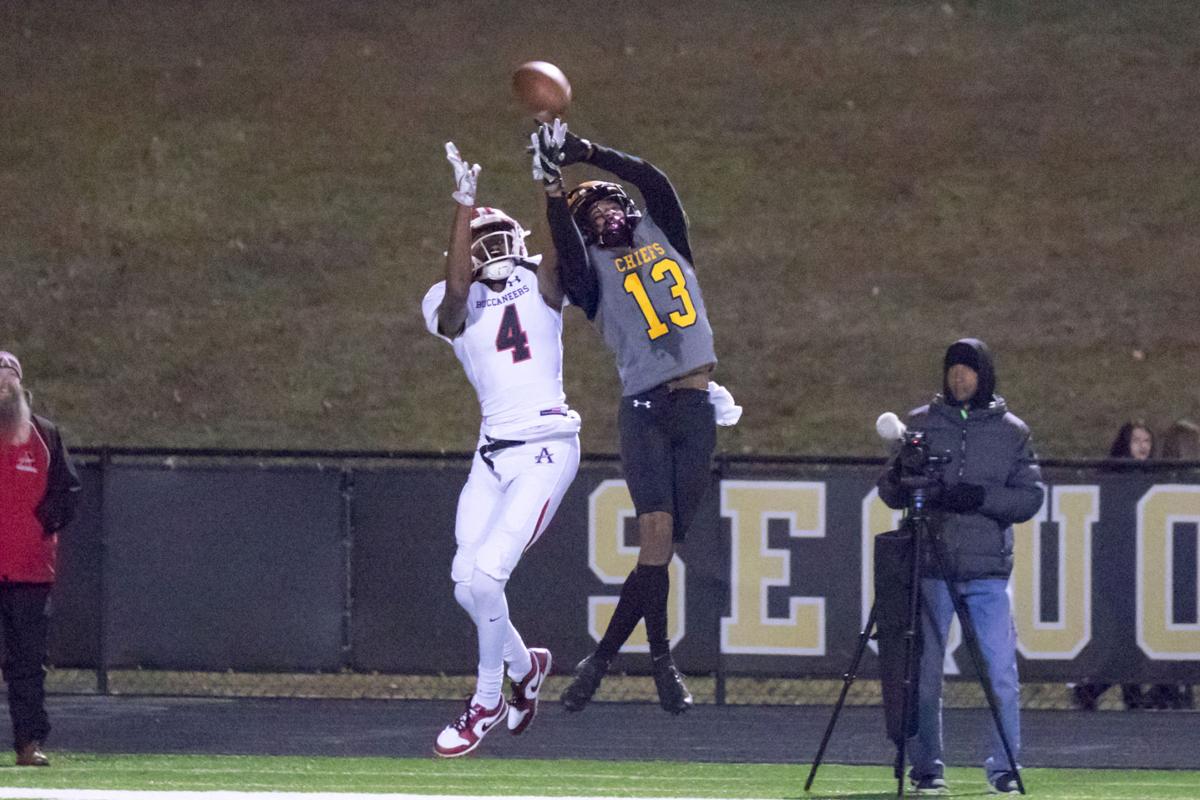 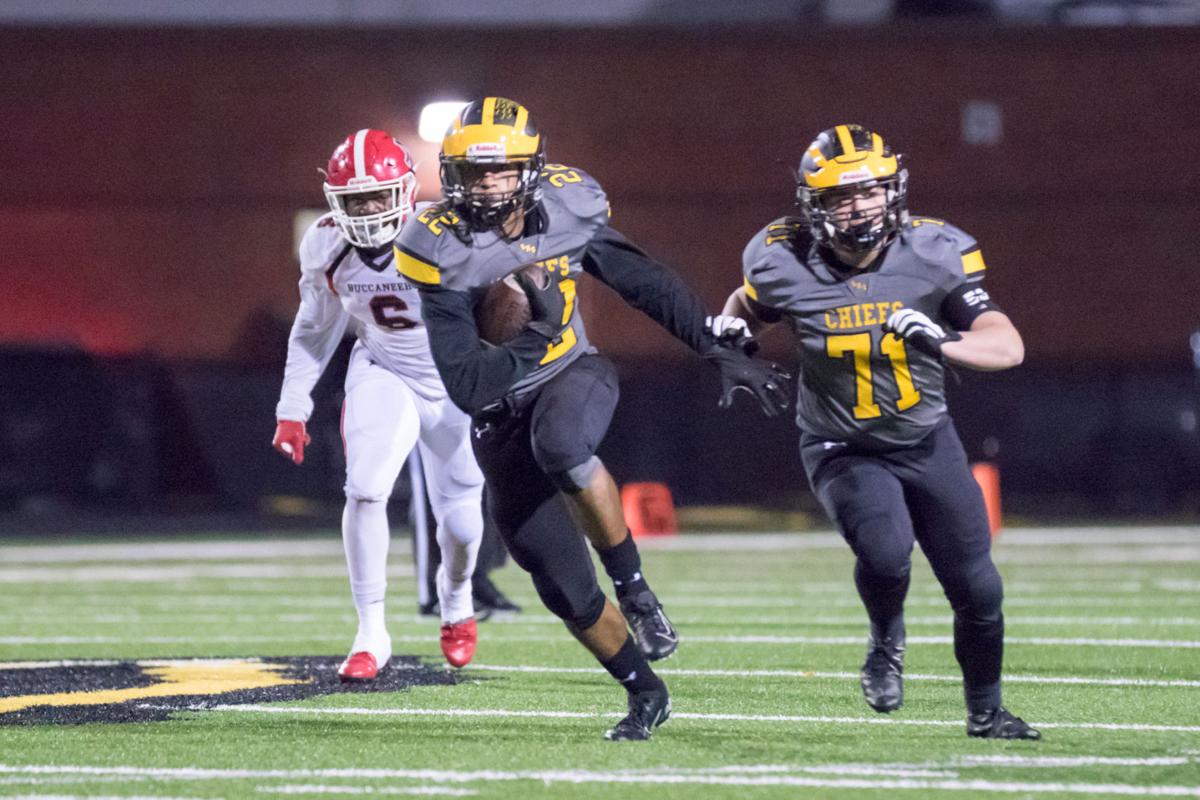 Joseph Silva(22) on the breakaway carry for Sequoyah 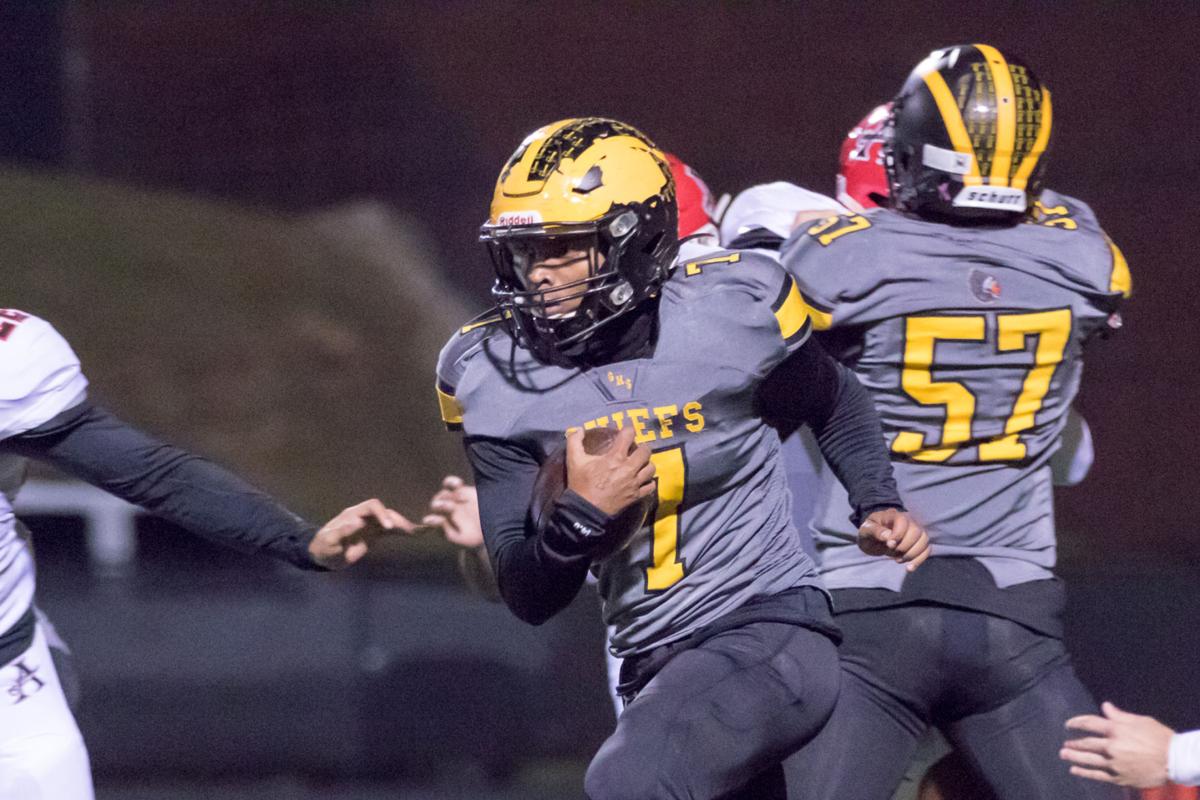 Jaden Mitchell(7) turns the corner for the Chiefs 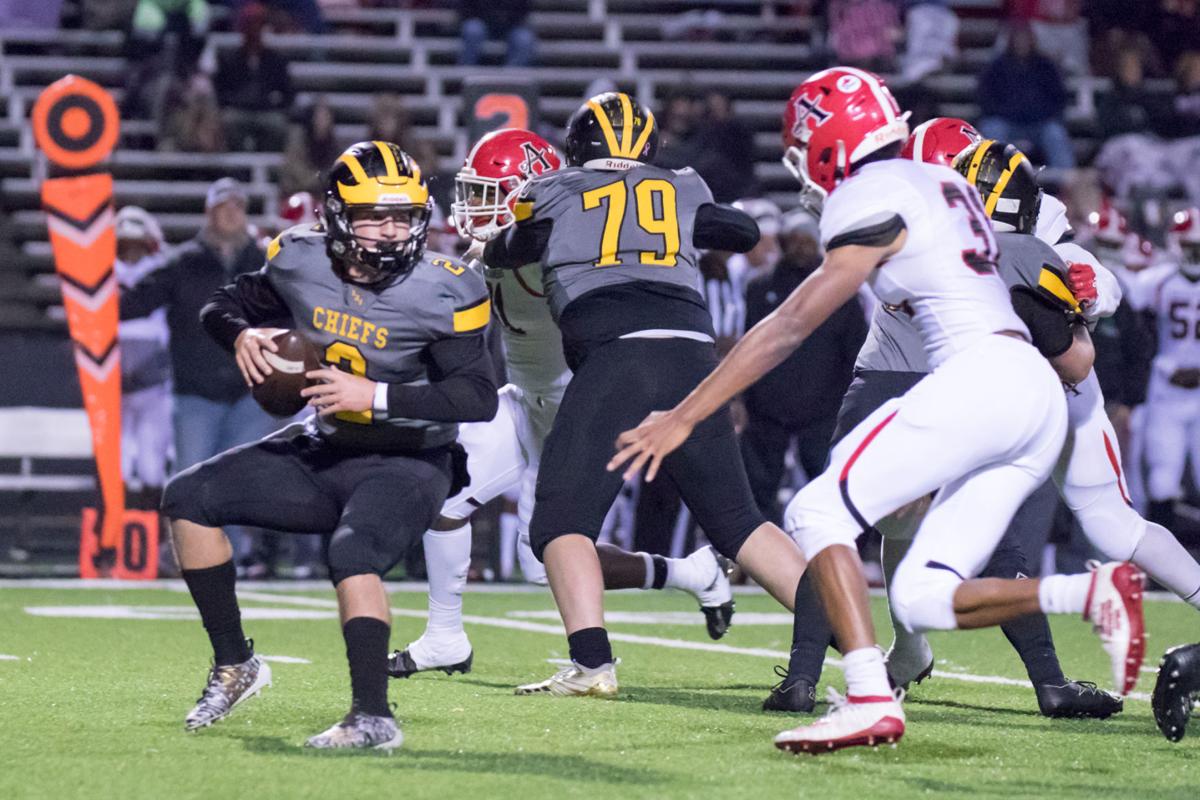 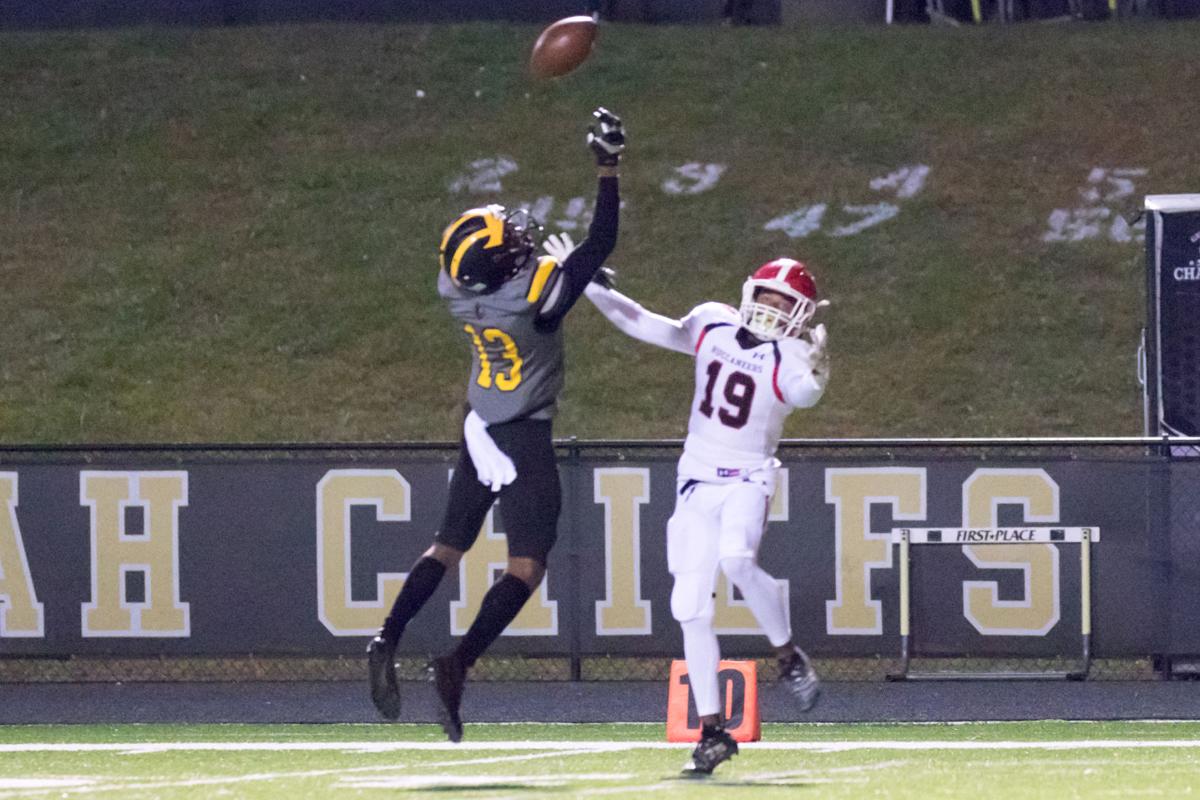 Myles McGee(13) defending the aerial attack from the Buccaneers 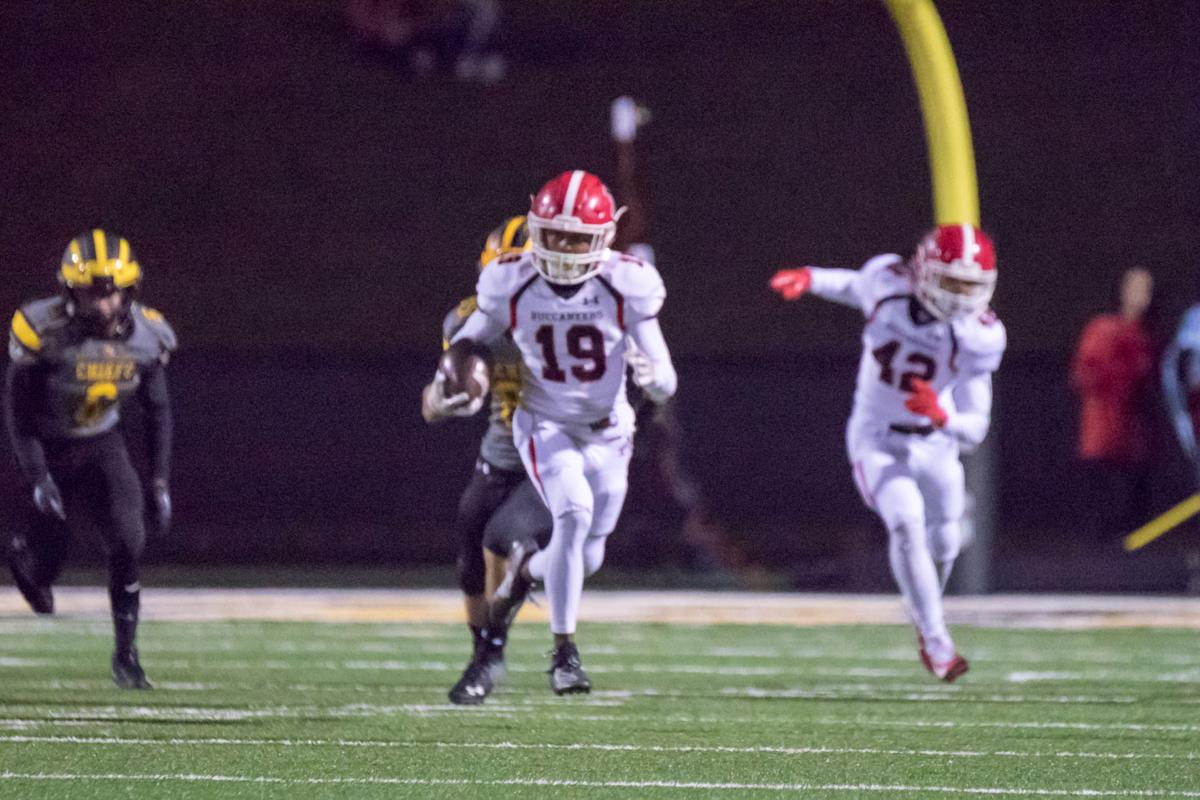 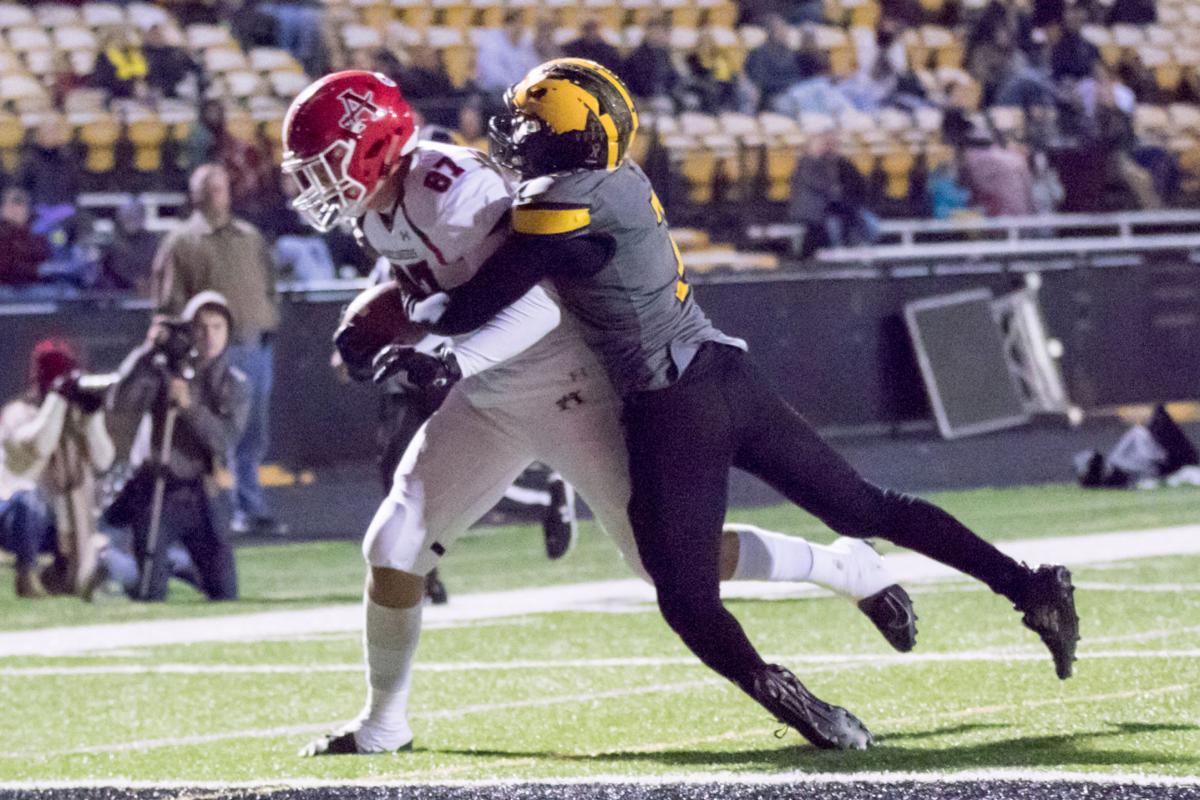 Dante Marshall(2) follows the block for a Buccaneer TD

Myles McGee(13) with the long reception for the Chiefs

Joseph Silva(22) on the breakaway carry for Sequoyah

Jaden Mitchell(7) turns the corner for the Chiefs

Myles McGee(13) defending the aerial attack from the Buccaneers

CANTON -- In a tale of two halves, the team that needed the win dominated the first half, but it was the playoff-bound favorite which asserted its will in the second.

Allatoona won Sequoyah 35-12 on Friday at Skip Pope Stadium, improving the Buccaneers to 7-2-1 overall and 7-1 in Region 6AAAAAA. Allatoona, which had already clinched the No. 2 seed behind Harrison, will enter the state playoffs as the No. 2 seed out of the region and will host Gainesville next week.

Sequoyah (5-5, 4-4), which needed the win and a little help to make the playoffs, instead saw its season come to an end.

It looked early on as if Allatoona would make it a quick game when it took the opening possession 53 yards in six plays and finished it with Dante Marshall's 15-yard touchdown pass to Bennett Christian.

Sequoyah went three-and-out on its opening possession, but from that point on in the first half, the Chiefs played even with the Buccaneers.

Sequoyah had eight first downs in the first two quarters. compared to six for Allatoona, and the Chiefs' defense held Marshall to 2-for-11 passing for 24 yards. Myles McGee batted down multiple passes intended for Allatoona receiver Asante Das, as Sequoyah outgained Allatoona 200-113 in the half.

Sequoyah quarterback Colin Koprowski found McGee for a 35-yard touchdown late in the second quarter, but the extra point was muffed and Allatoona still led 7-6. The Chiefs had a last-second field goal opportunity as the half ended, but the kick sailed wide-left and the Buccaneers held their one-point lead at halftime.

“The first half was difficult,” Allatoona coach Gary Varner said. “I think (Sequoyah) did a lot of good things with their plan, and they always play hard. I think they had some injuries and had some guys limping up in the second half, so we got a little lucky with that.”

The Buccaneers' running game, particularly senior running back Alex Wilson, demonstrated a show of force. Wilson finished with 179 yards and a touchdown on 26 carries and, as the second half progressed, the yardage on the ground seemed to come in bigger and bigger chunks for Wilson.

Marshall scored twice on the ground as well and completed both of his passes in the second half, one on an 8-yard touchdown to Das. On Marshall’s second touchdown, he broke several tackles and stretched over the goal line to secure the score.

“We were trying to get the run game going because, without that, we wouldn’t be able to open up the other stuff,” Marshall said. “We all got fired-up in the second half, and everyone was kind of just boosting each other. That’s what kind of fueled me to get into the end zone on that second score. It was a good win tonight, but we started off too slow in the first half. I’m excited about the playoffs because we’re trying to make a run.”

Allatoona’s defense seemed to put the clamps down as well, intercepting Koprowski twice and setting up the offense in good field position. Brett Blomquist and Fisher Paulson recorded the interceptions.

Offensively, Allatoona recorded nine first downs in the second half, compared to one for Sequoyah.

“I think we’re playing alright right now,” Varner said. “Every week is different ... but we’ll get ready for (Gainesville), and a lot of times in the playoffs, it’s about matchups.”

Sequoyah did not go down without a fight, however, as Koprowski connected with McGee for an 80-yard touchdown in the fourth quarter.

Koprowski finished 10-for-22 for 280 yards, while McGee finished with five catches for 206 yards and two touchdowns.

With the loss, Sequoyah finished out of the playoffs for the first time since 2015.

“It’s not the finish that everyone wanted, and obviously everyone wanted to win this one and get it especially after everything we’ve been through this season,” Teter said, “but I’m proud of our seniors for getting us to this point. People will probably evaluate it based on record, but, for us, it was a good season based on everything that we’ve had to go through.”