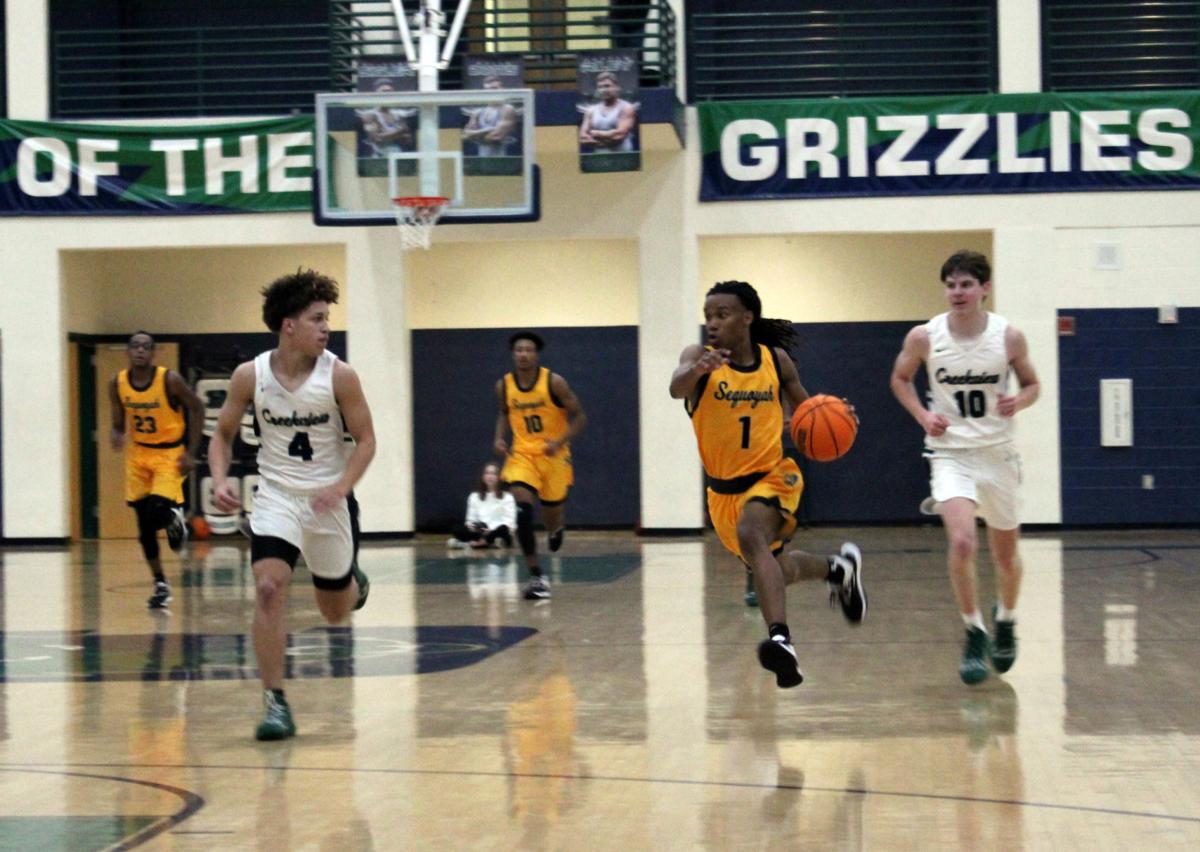 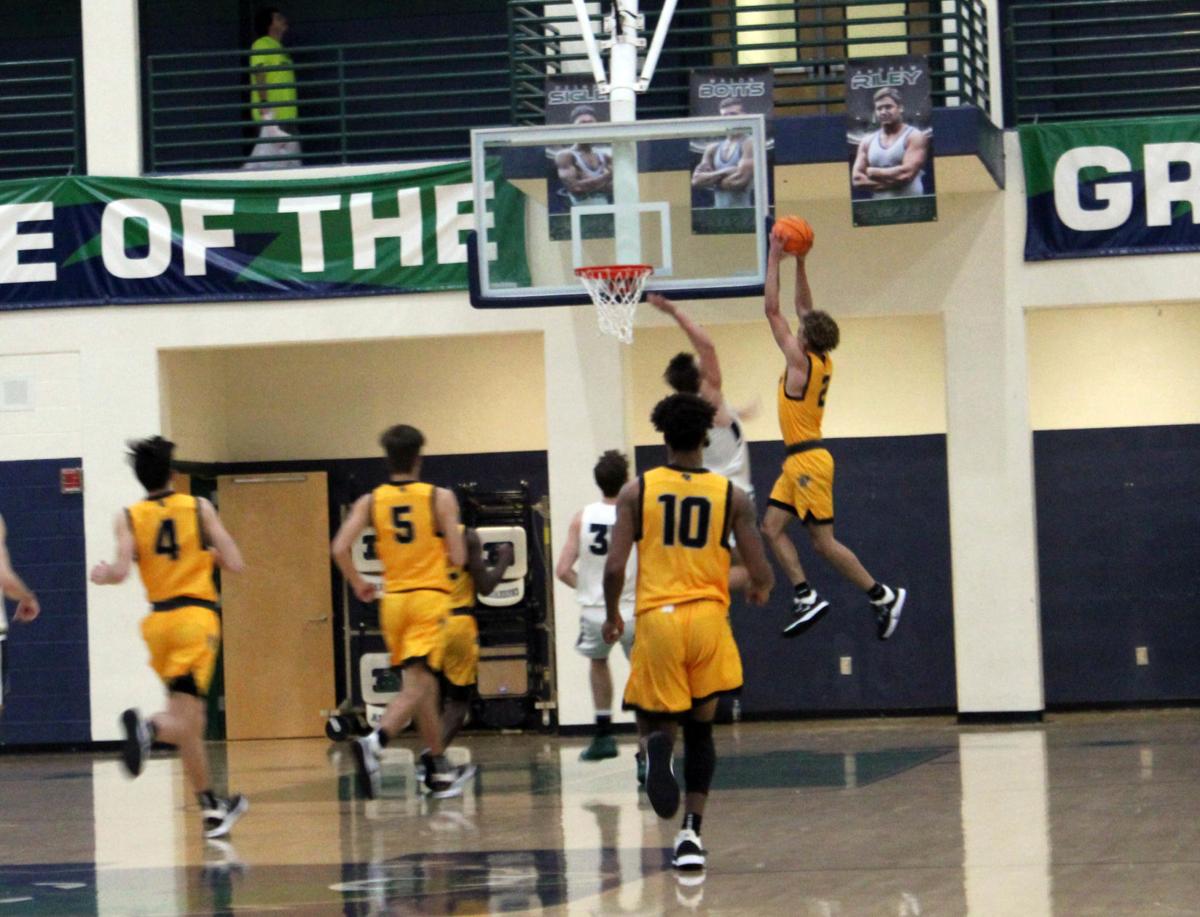 Sequoyah's Ayden Watson rises for a slam dunk during the Chiefs' win at Creekview on Tuesday night. 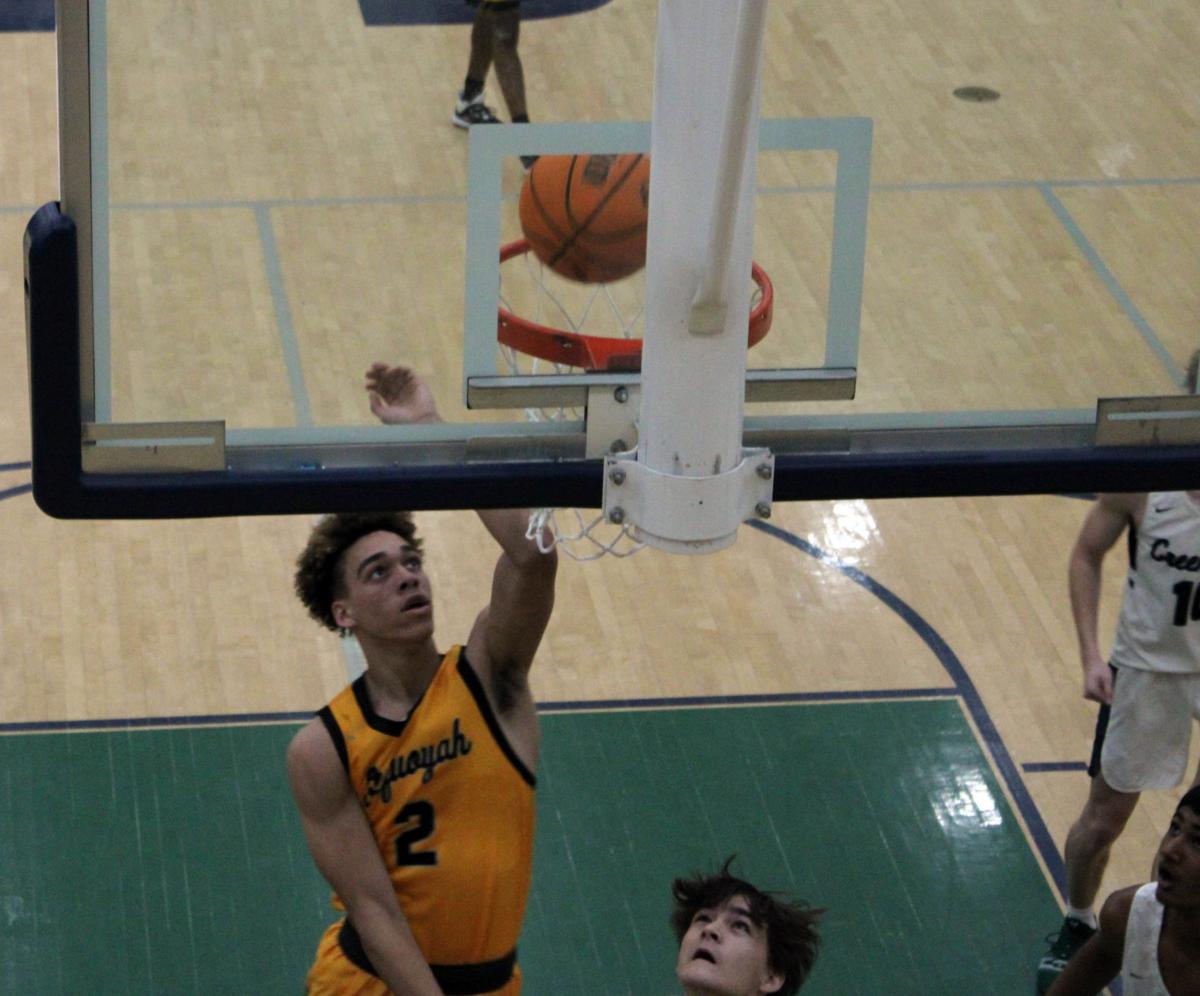 Sequoyah’s Ayden Watson scores two of his career-high 25 points in the Chiefs’ win at Creekview on Tuesday night. 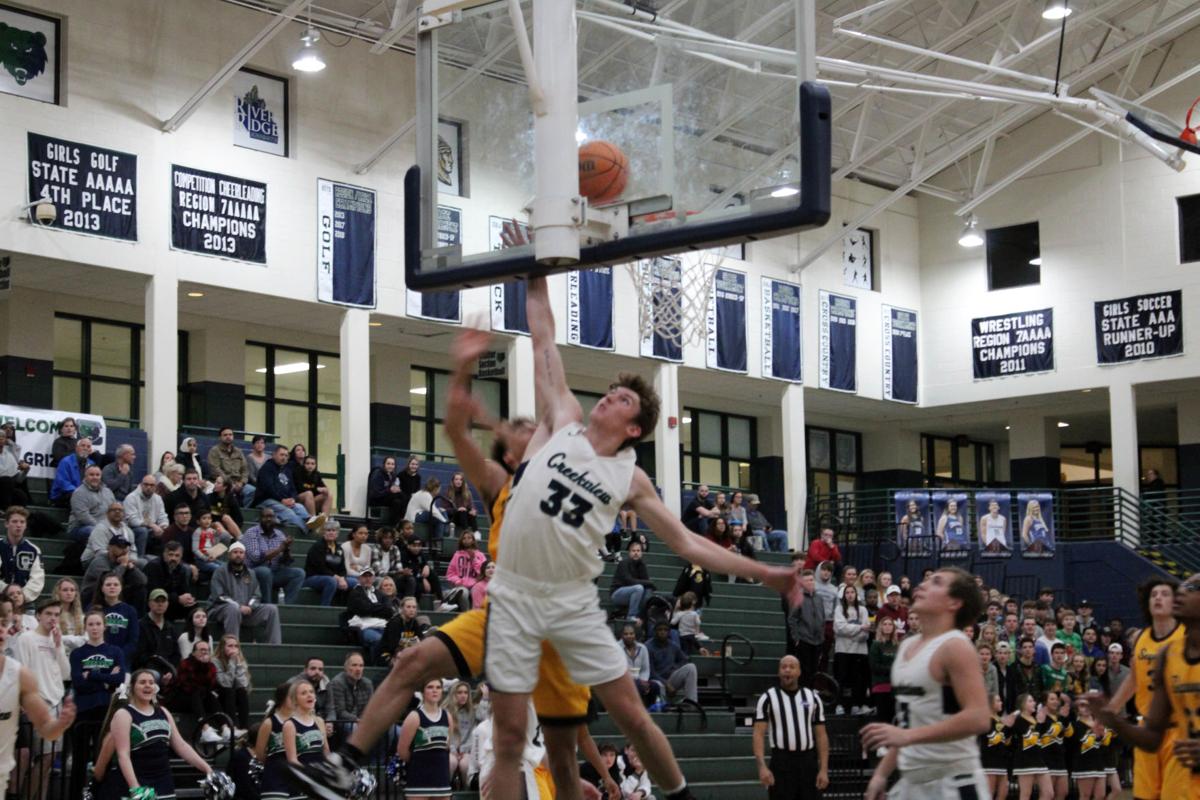 Sequoyah's Ayden Watson rises for a slam dunk during the Chiefs' win at Creekview on Tuesday night.

Sequoyah’s Ayden Watson scores two of his career-high 25 points in the Chiefs’ win at Creekview on Tuesday night.

CANTON — In a game of runs, Sequoyah ran past Creekview 79-58 on Tuesday in the Battle of Hickory Flat.

After a tight first half, the Chiefs (8-4, 4-2) ran away in the third quarter, winning their third game in a row and maintaining their fourth-place position in Region 6AAAAAA.

Creekview (3-10, 1-5) dropped its second game in a row and was tied with Osborne and Sprayberry at the bottom of the region.

“We really came out with energy to start the game, and then I think we started to settle,” Sequoyah coach Allen Carden said. “But for the first time all year, I was really pleased and impressed with our half-court man defense. We rotated correctly and got down in a stance and didn’t let our man around us. I was really pleased with that.”

Early on, it looked as if Sequoyah would put the game away in the first half.

Ayden Watson scored 14 of his career-high 25 points in the first quarter as the junior aggressively attacked the basket at every opportunity. The Chiefs quickly built a 18-7 lead before Creekview climbed back in it to trail 19-14 at the end of the first quarter.

Behind Ethan Dirrim and Spencer McDonald, the Grizzlies took their first lead of the game late in the second quarter. Dirrim’s 3-pointer gave Creekview a 28-27 lead with 2 minutes remaining in the quarter and was followed by McDonald drawing a charge on the other end of the floor.

Creekview had as much momentum as it would all night, but Sequoyah retook the lead on a pair of buckets by Donovan Shipp and led 31-28 at the half.

“Everybody is frustrated right now,” Creekview coach Casey Gramling said. “It’s just a grind right now, but I still believe we’re going to be a hard team to beat in January and February when it counts. We’re a little inexperienced, and I’m trying to figure that out right now. There’s a lot of things we can do better, myself included.”

The third quarter was the turning point as Sequoyah outscored Creekview 30-10 in the period. Watson scored 11 points in the quarter, connecting twice from beyond the arc and throwing down a dunk on a fast break.

Shipp’s 3-pointer at the buzzer ended the quarter and gave the Chiefs all the breathing room they would need.

“Ayden’s energy level was off the charts tonight,” Carden said. “We kind of feed off his energy level, and I thought that was the key.”

Watson was the fourth Sequoyah player to score at least 25 points in a game this season.

Shipp finished with nine points, eight assists and four steals, while Jacksen Greco added seven points, five assists and eight rebounds. Sequoyah’s defensive length and speed seemed to speed up Creekview, even in the half-court, and the Chiefs finished with 10 steals.

Sequoyah will play at 5:30 on Friday at home against North Cobb on the first day of the War Lodge Invitational. Creekview will play at 7:30 Thursday at Etowah.