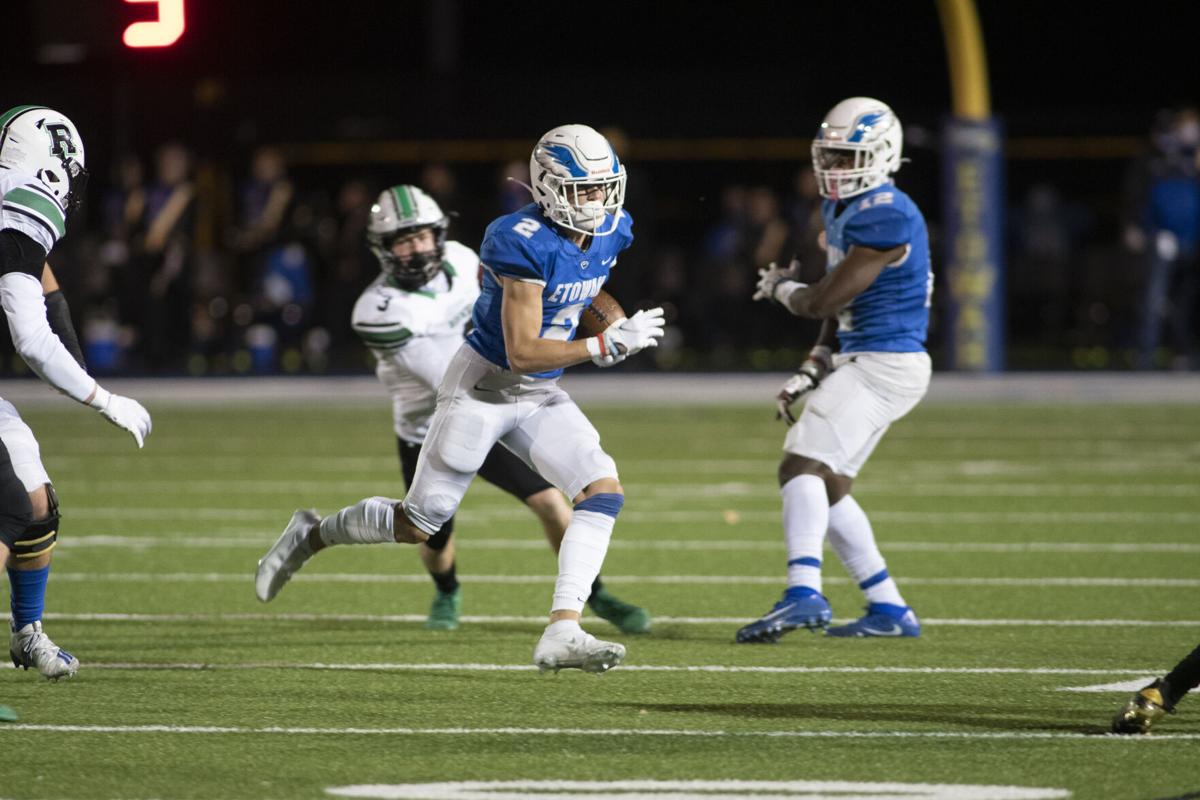 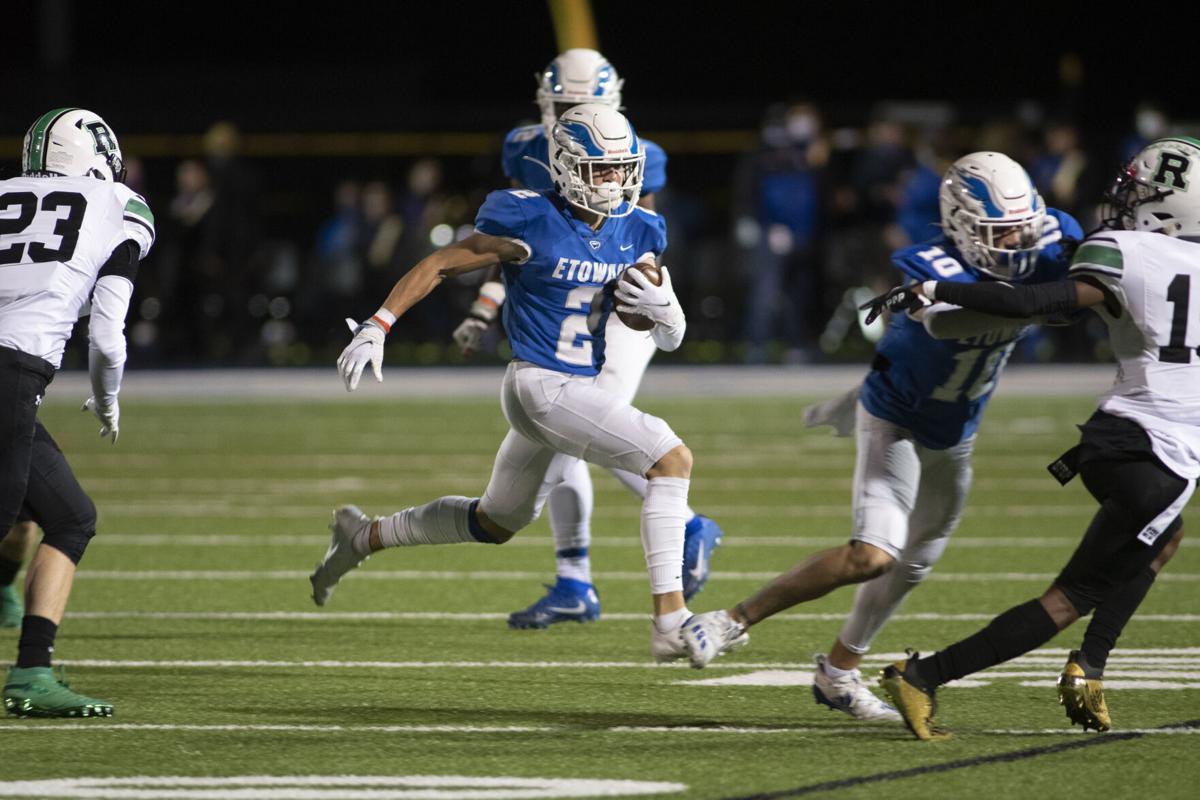 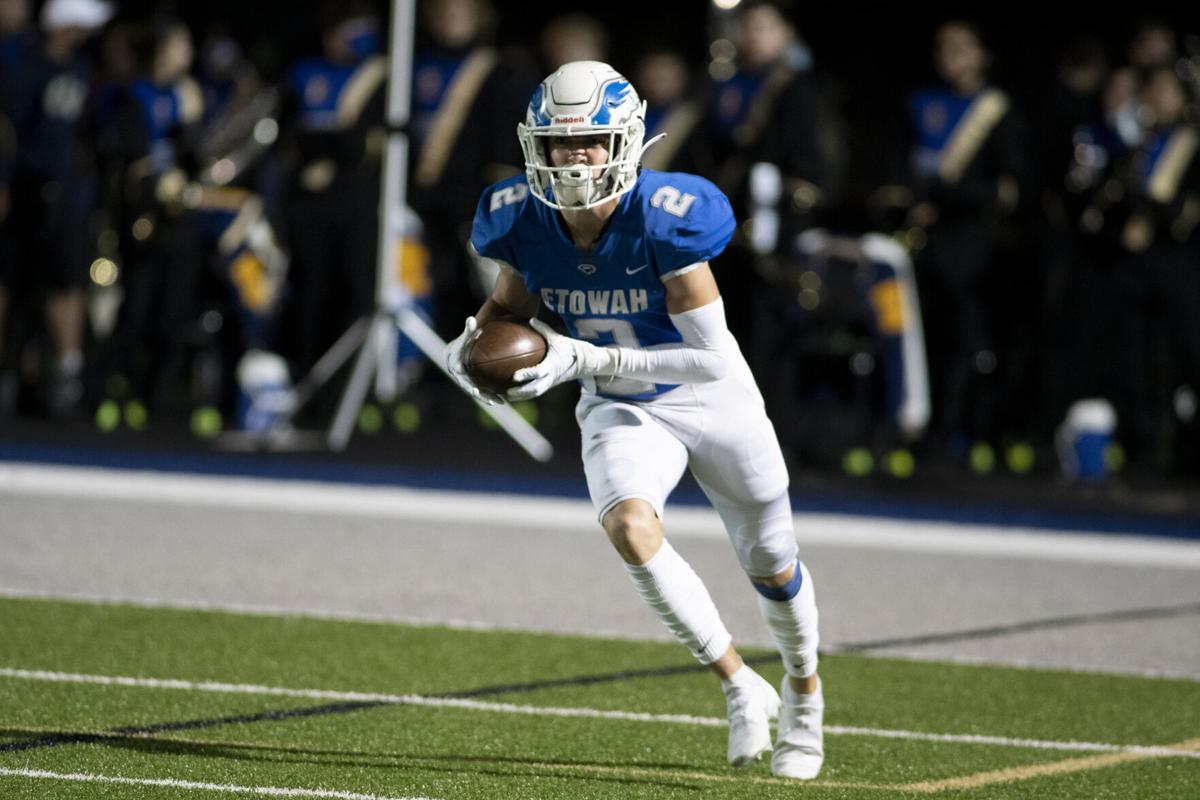 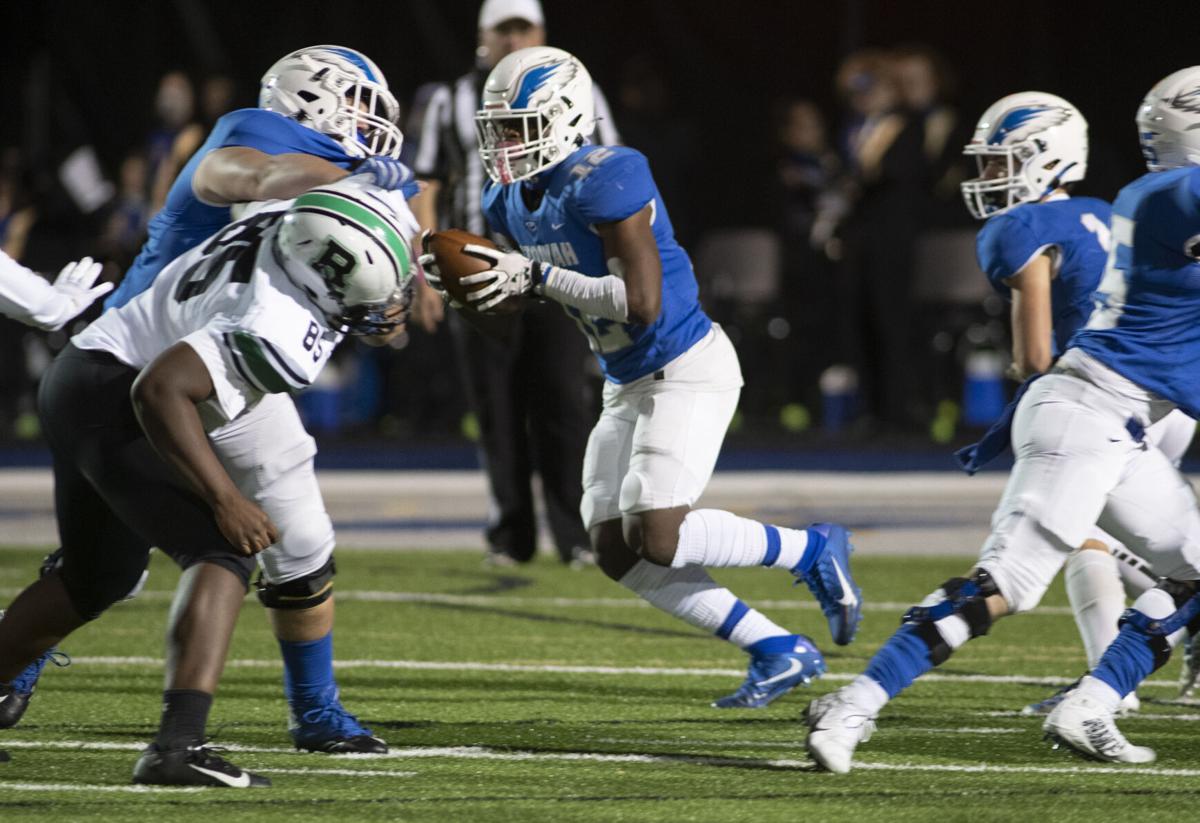 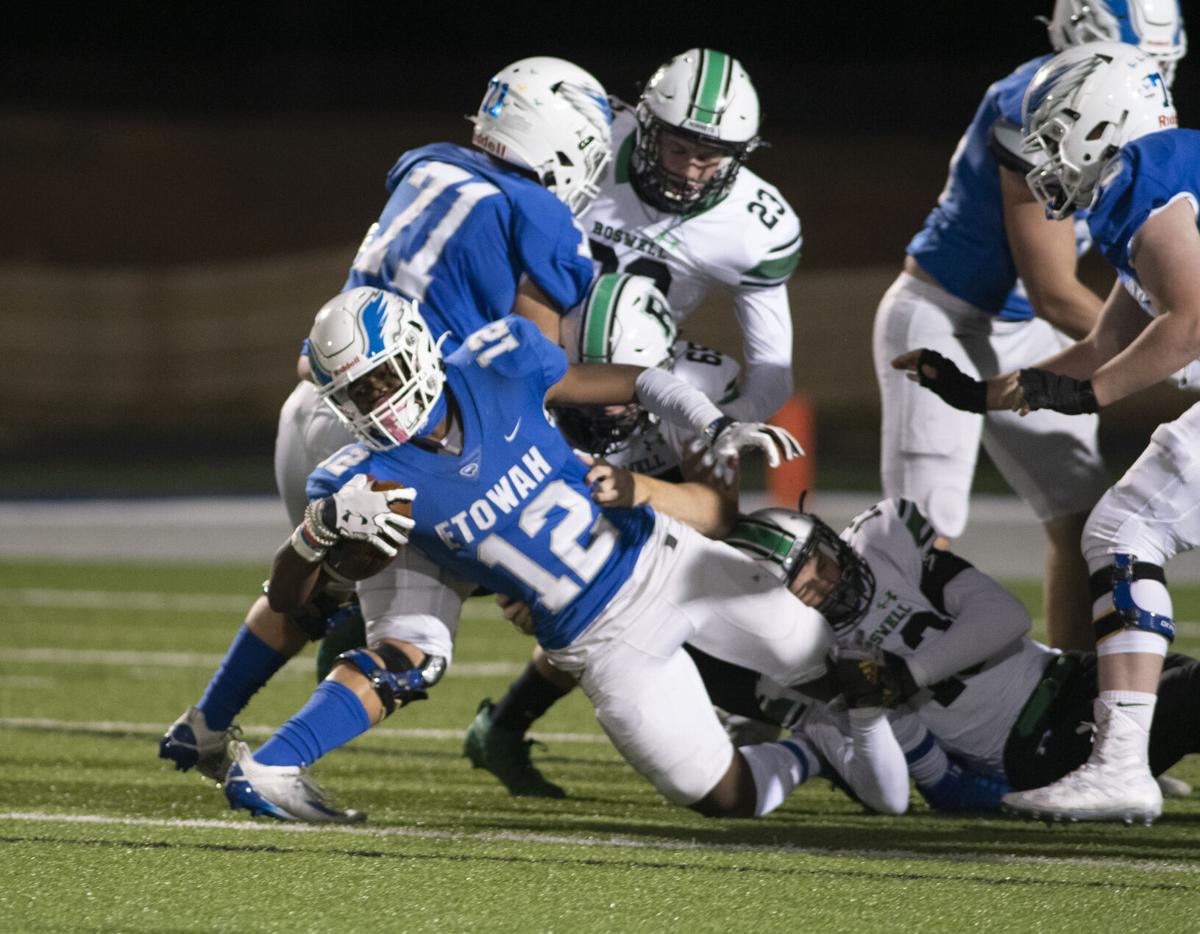 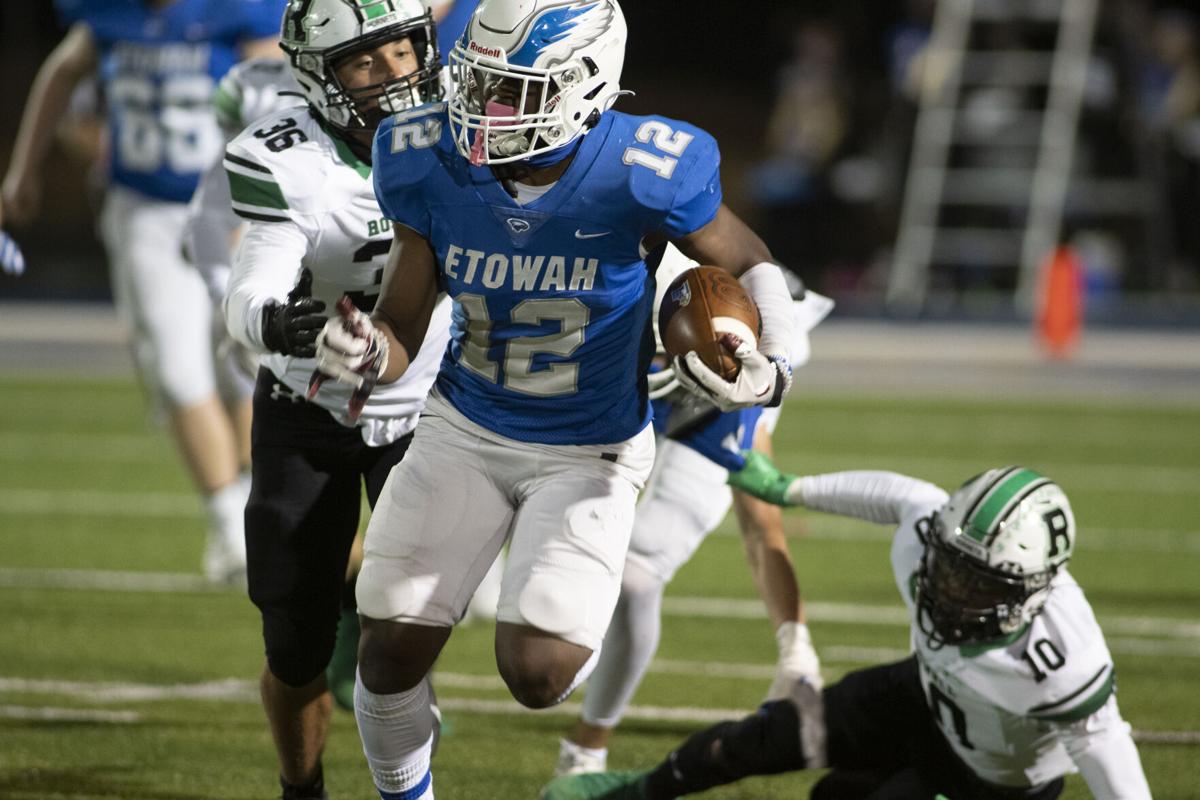 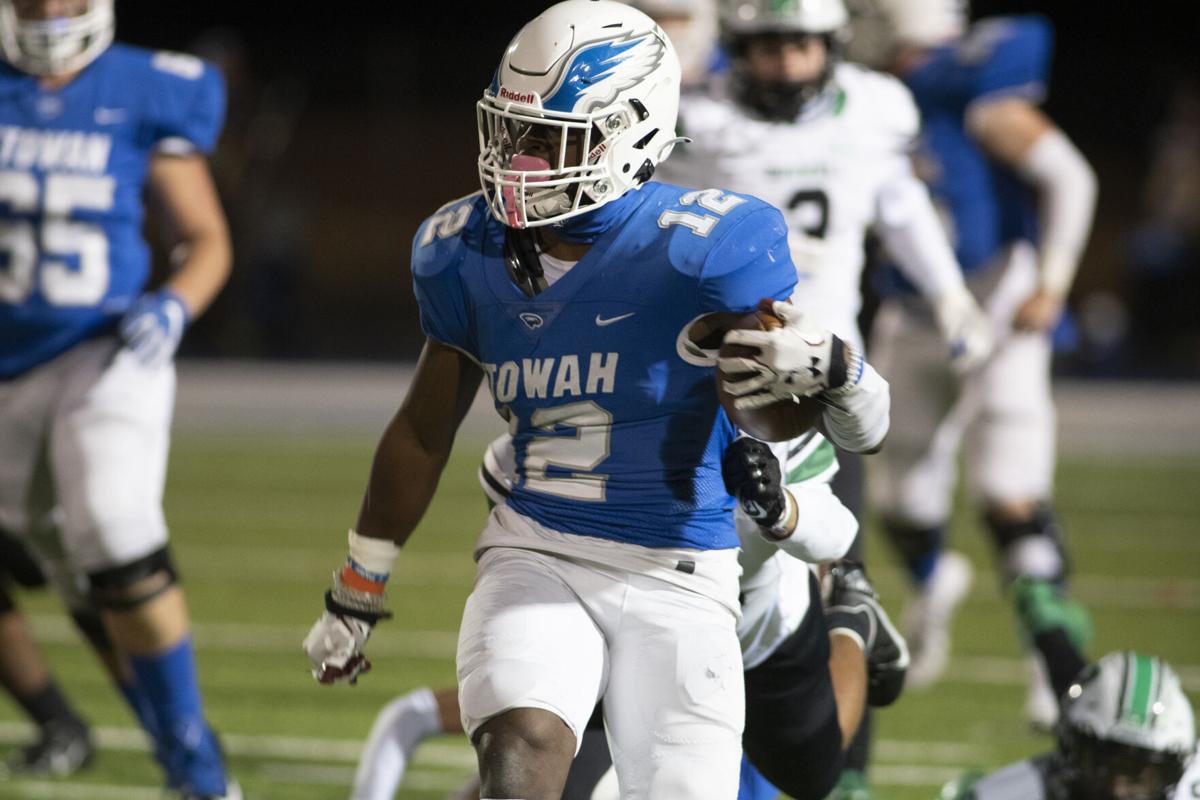 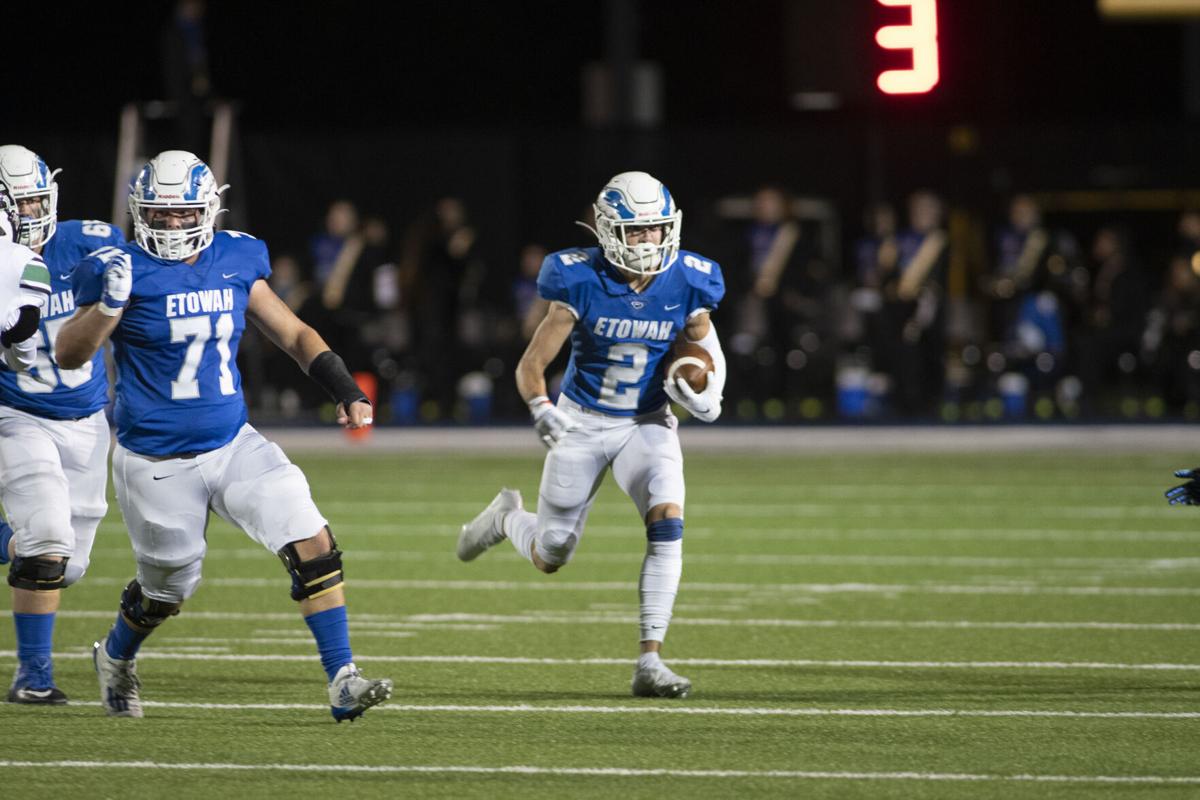 WOODSTOCK — Ryan Hill scored on a 6-yard run to give Roswell a 21-7 lead, and the Hornets would hold on for a 21-14 victory over Etowah in the Region 5AAAAAAA opener last Friday.

It was part of a second-half ball control offense that churned out 15 first downs, but it also let to some mistakes. The Eagles were able to force five turnovers on the night, but the offense wasn’t able to capitalize.

“They were flying around, making plays, hitting people,” Etowah coach Matt Kemper said about the defense. “It was a great effort. Great defensive game plan by my staff. I couldn’t help but to be more proud.”

Down 21-7 late, Kilvert Many pulled the Eagles within a score, but that was as close as they would get. He finished the night with 26 carries for 176 yards and two touchdowns.

“He just keeps getting better each week,” Kemper said. “We’re a very inexperienced football team. We’re in a new system, culture and they have bought in 10,000 percent. They work so hard and deserve to win, we just haven’t gotten the results yet and I’m going to help them get it.”

After a scoreless first quarter, Roswell opened the scoring when quarterback Robbie Roper threw a 3-yard touchdown pass to Marquise Willis. Willis had a game high six receptions for 62 yards.

On the ensuing possession Klivert ran for 64 yards and set up the Eagles in the red zone. Etowah would advance the ball to the 1, but it was turned away on fourth down and Roswell kept its 7-0 lead.

The Eagles followed by forcing its first turnover, and Many would score on a 5-yard run, to tie the game 7-7.

Etowah forced another turnover at midfield on the next drive and had a chance to take the lead, but a missed field goal gave the ball back to the Hornets.

With 7 seconds left in the half, Roswell’s Ryan Stephenson scored on a 1-yard touchdown for a 14-7 lead.