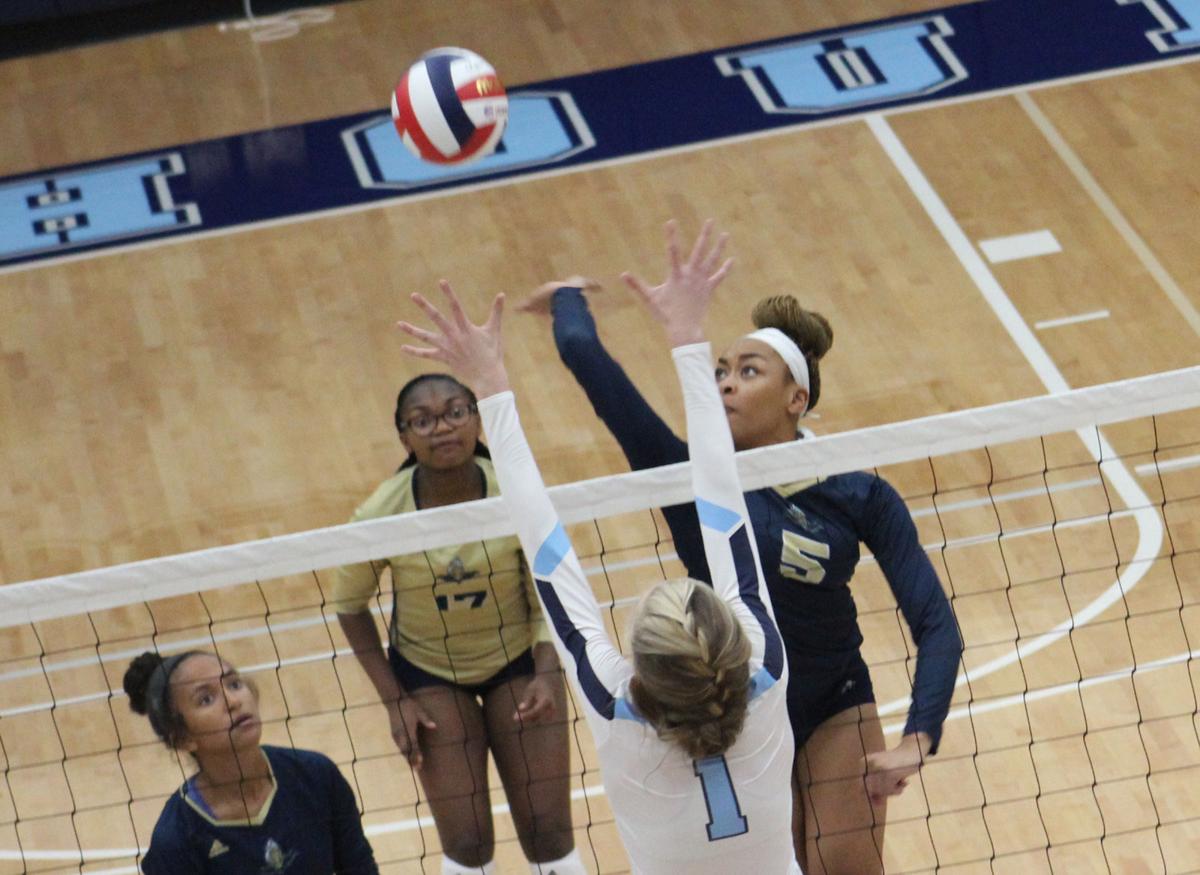 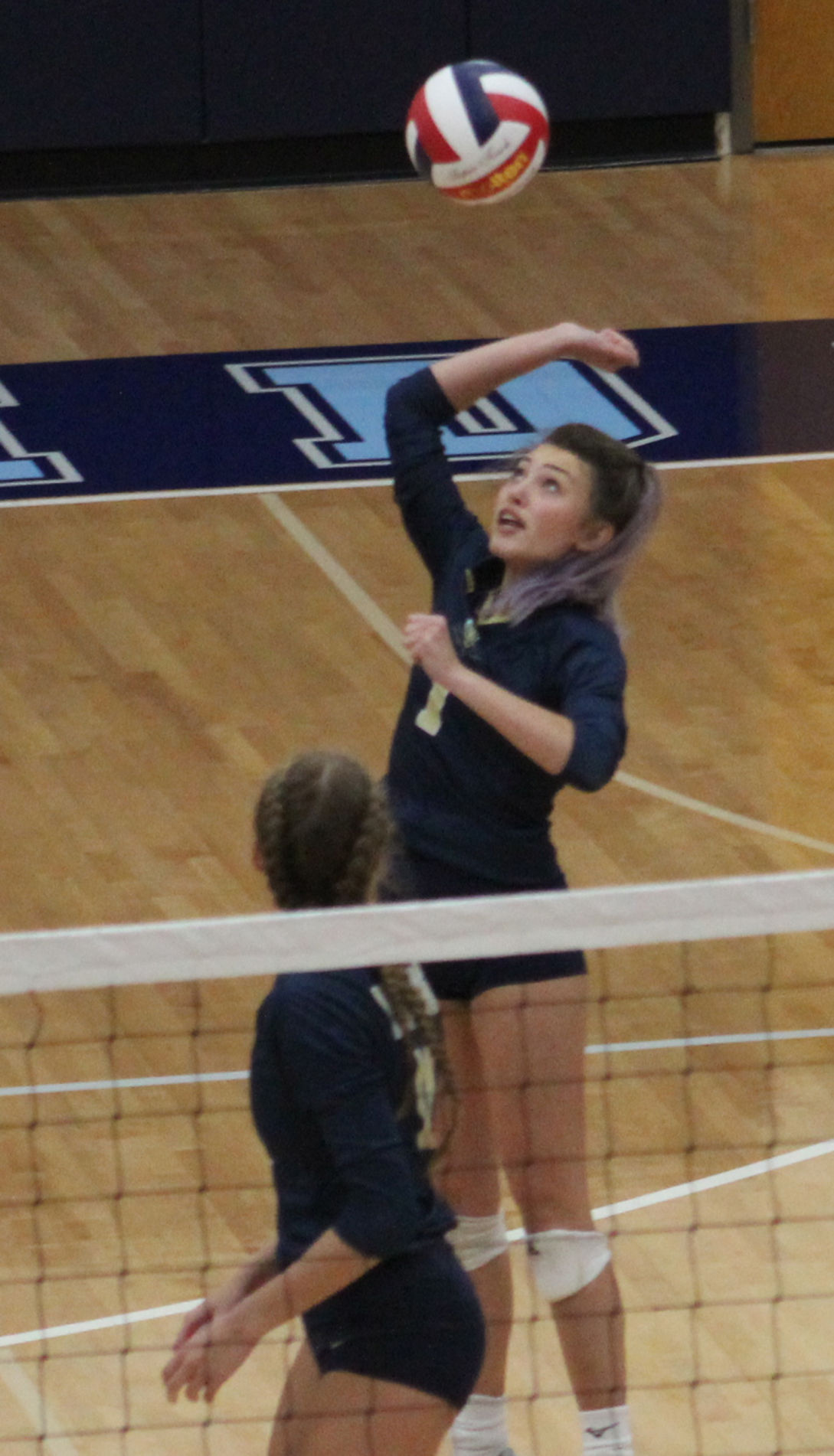 River Ridge's Tegan James goes on the attack against Pope in the Class AAAAAA quarterfinals. 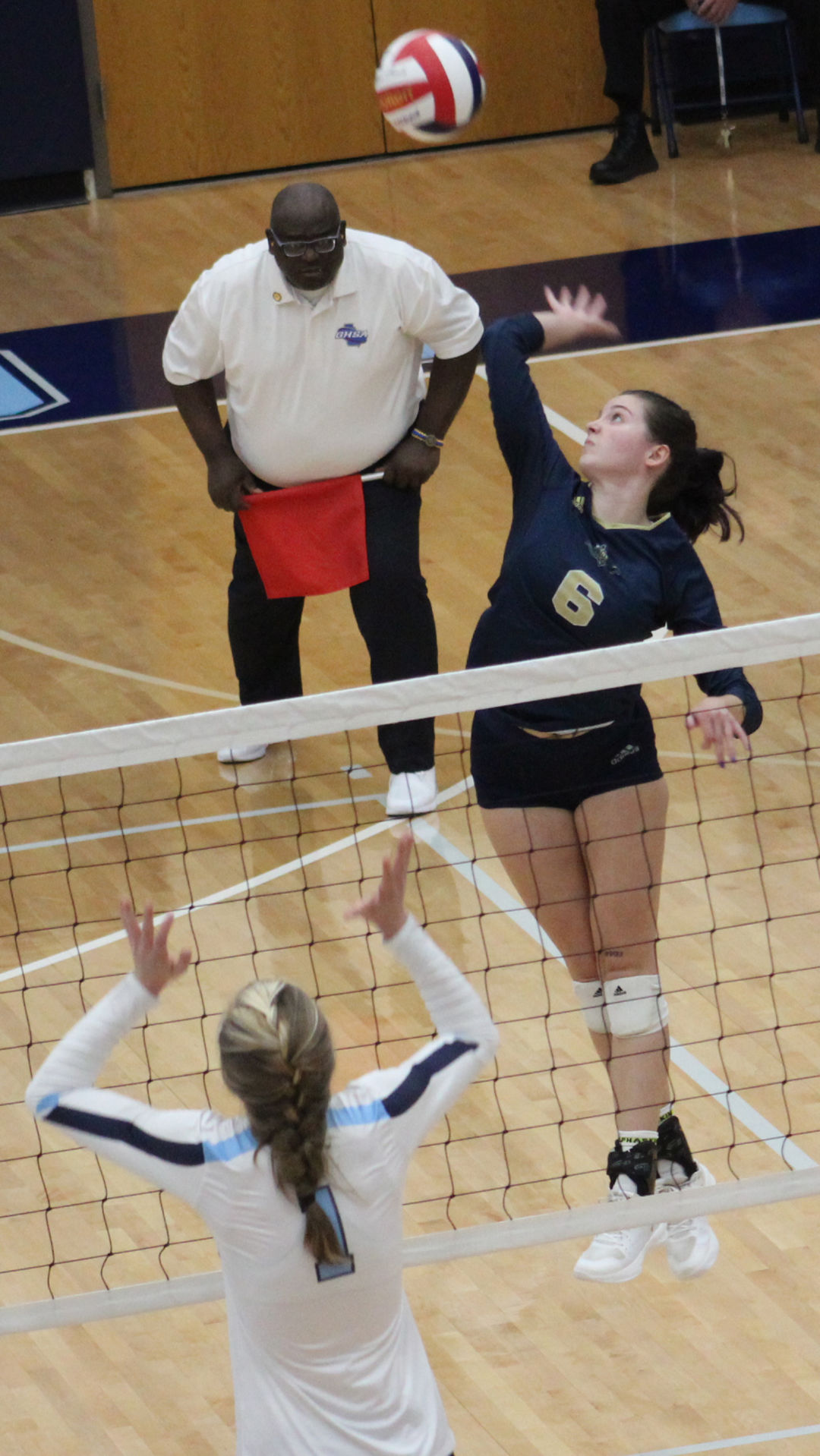 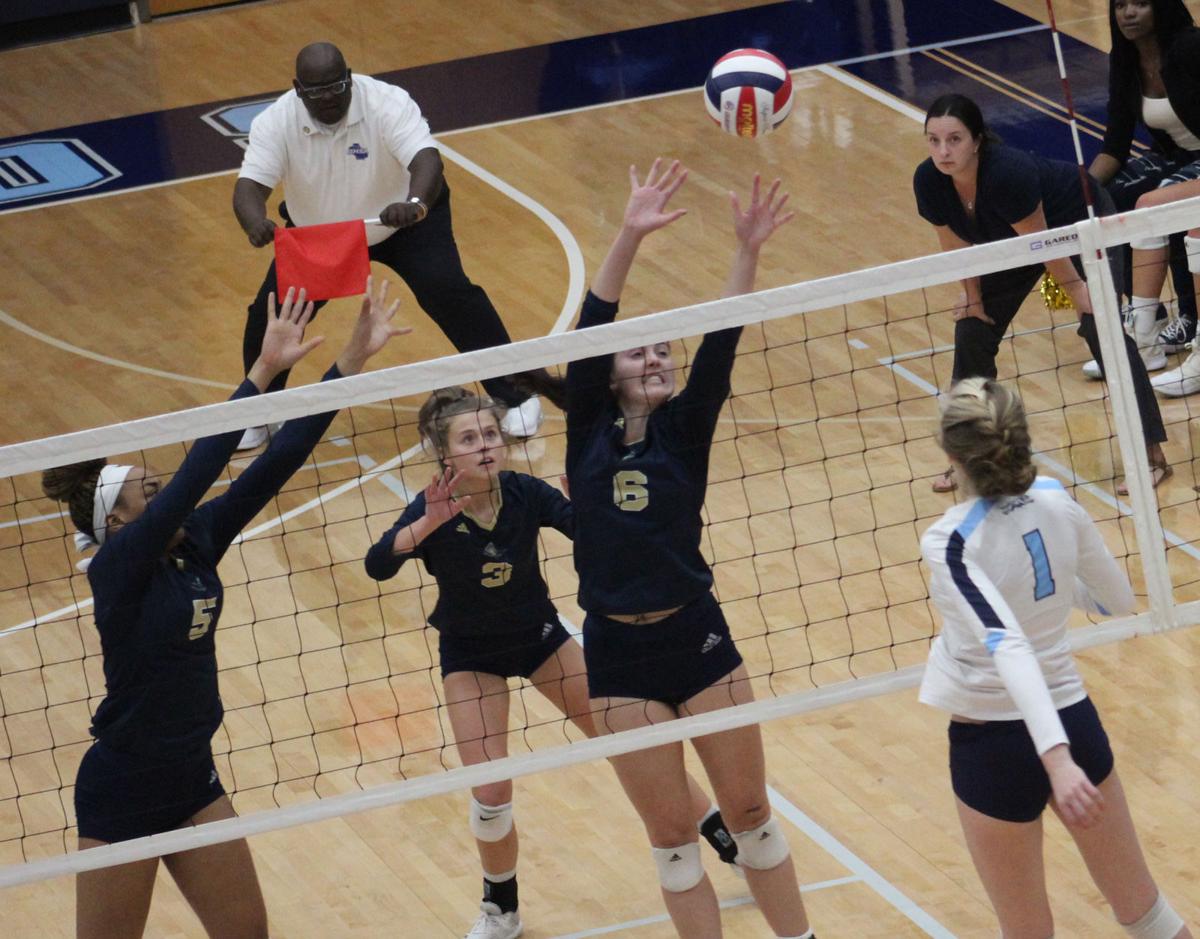 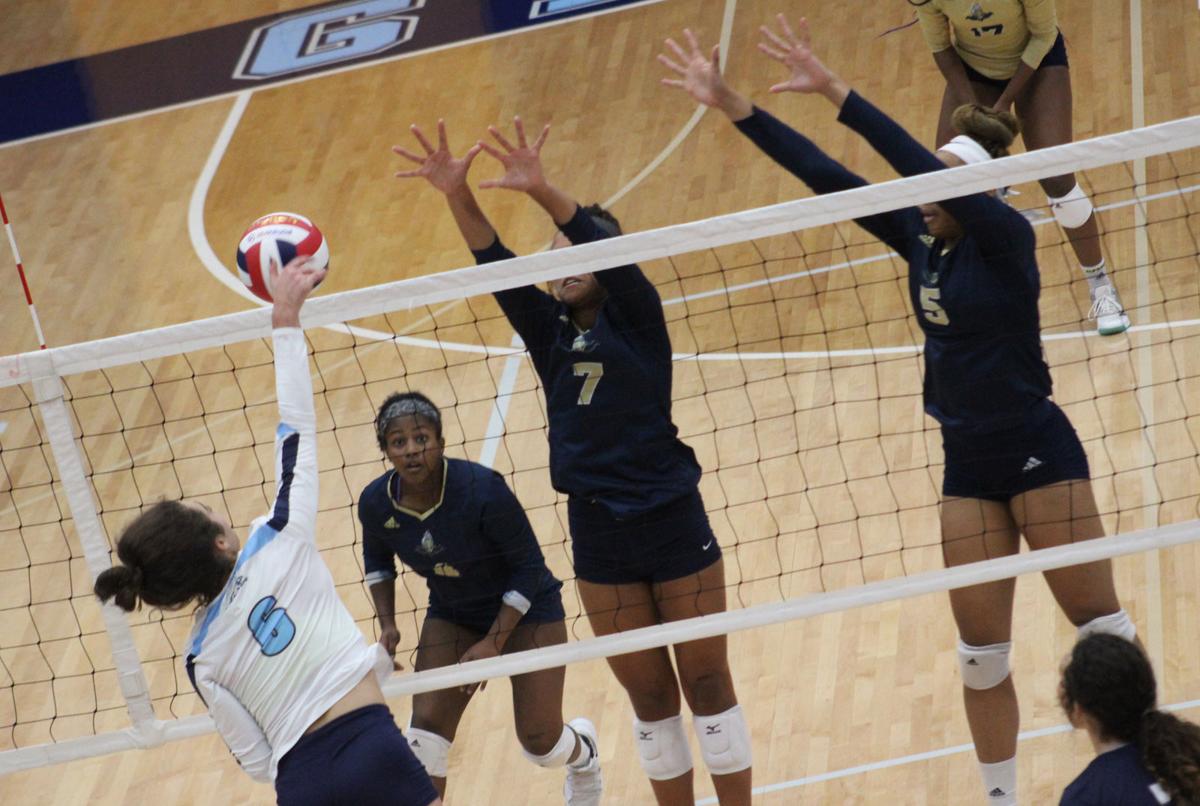 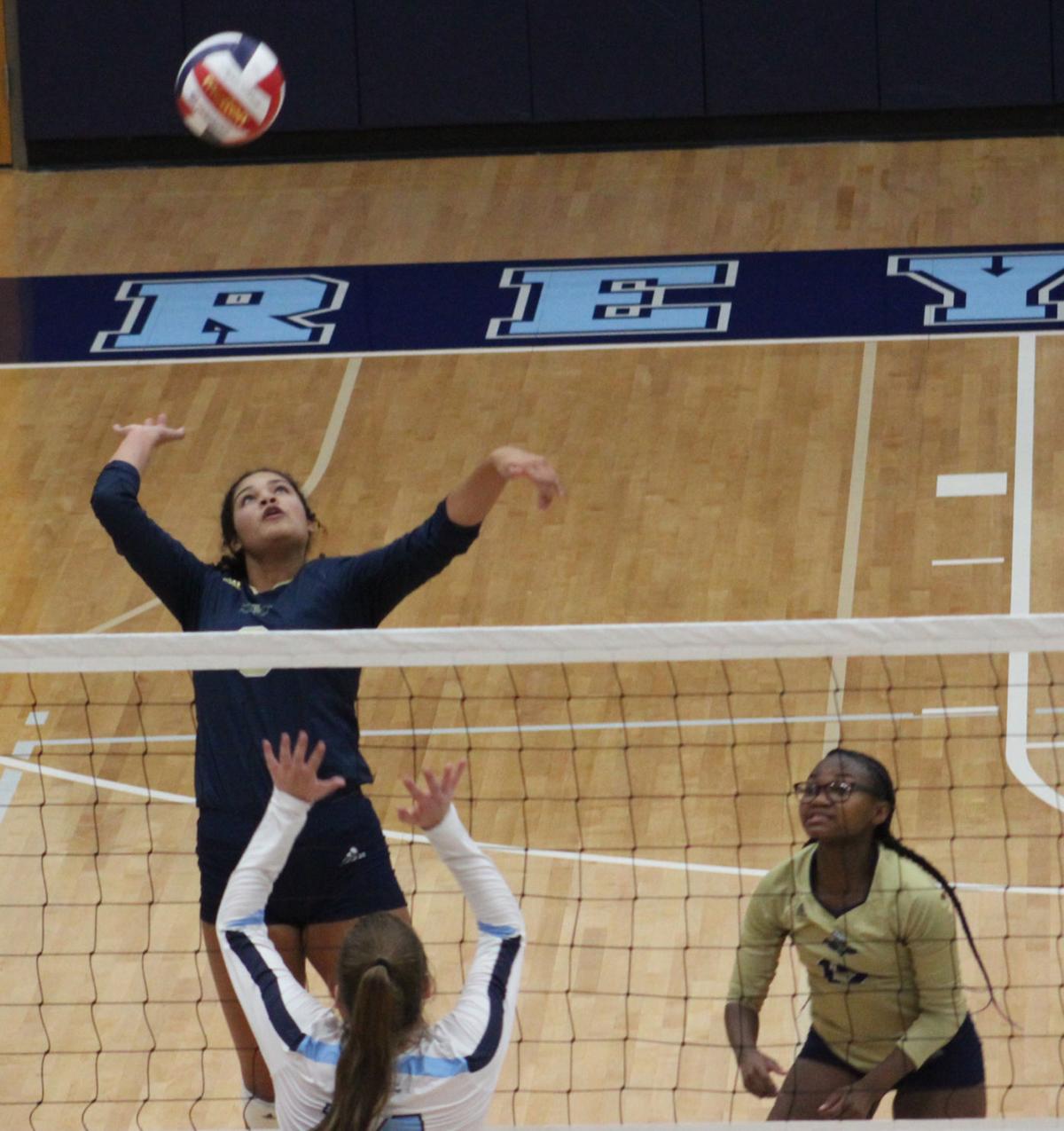 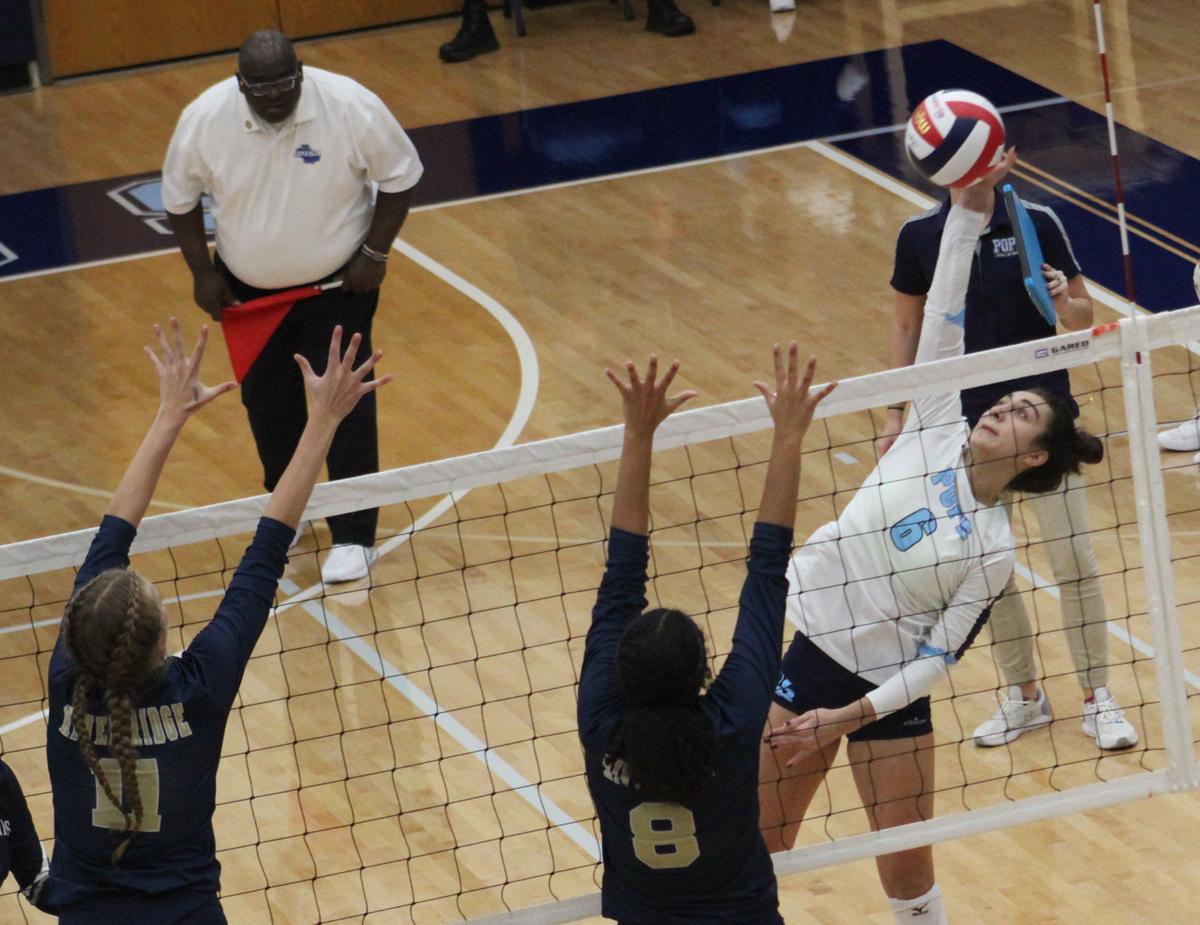 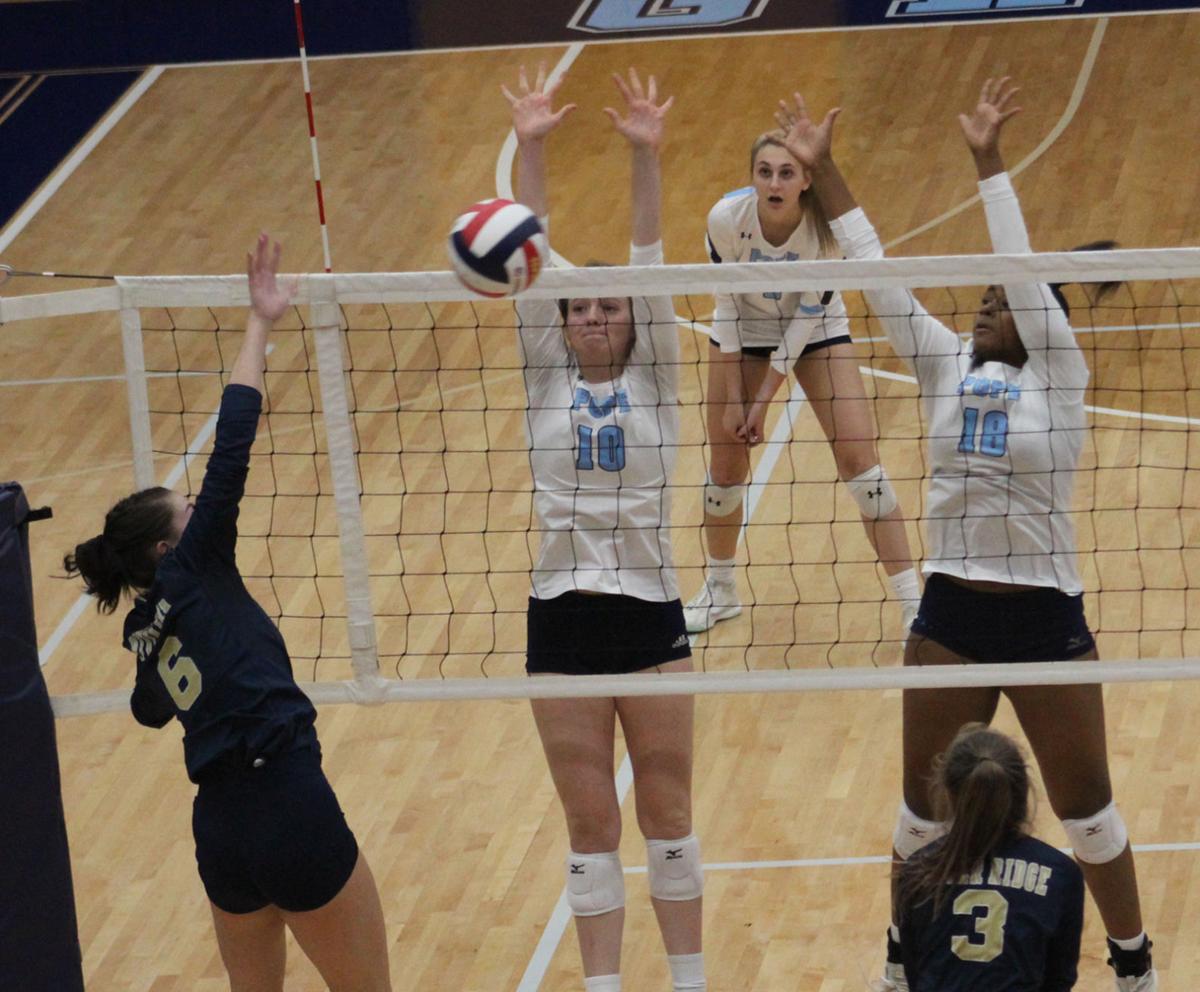 River Ridge's Tegan James goes on the attack against Pope in the Class AAAAAA quarterfinals.

MARIETTA -- At the beginning of the season, Pope was not sure who was going to contribute offensively.

Now, the Lady Greyhounds have almost everybody contributing offensively.

Defending state champion Pope, in the final four for the third straight season, will play at Sequoyah on Tuesday for a chance to return to the state championship match.

Zaren Yesilova, who switched from defensive specialist to outside hitter, also had seven kills, while Madison Mims added six kills to go with her 17 assists.

Pope beat a scrappy River Ridge team that made it into the playoffs as Region 6AAAAAA’s No. 4 seed before winning a pair of five-set matches over Apalachee and Richmond Hill on the road.

But once the sets reached 15-all, Pope gained the upper hand.

The first set was decided on a 10-point service run by Adair Hutchinson, who served four aces during the stretch. River Ridge made just one error during those final 10 points, with the other nine ending with aces and kills.

River Ridge seemed to bounce back from the late first-set lapse by jumping out to a 5-2 lead in the second on Emily Cheek’s serve. The Lady Knights stayed in control of the second set until the Lady Greyhounds rallied to tie it at 15-all.

But once the score reached 17-all, Yesilova served out the remaining eight points to give the Lady Greyhounds a two-set advantage. Four of Wiseman’s seven kills came during this run.

An early five-point service run by Ava Vlokovic opened up a 12-5 Pope lead in the third. An additional four-point run on Yesilova’s serve upped the lead to 18-8, making it tough for the Lady Knights to make a comeback.

“We’re proud of the girls and proud of the season that we had,” River Ridge coach Julie Winfield said. “A No. 4-seed team making it to the elite eight is something to be said. I don’t think a lot of people thought we’d make it here, and our girls stepped up to every challenge that we faced.”