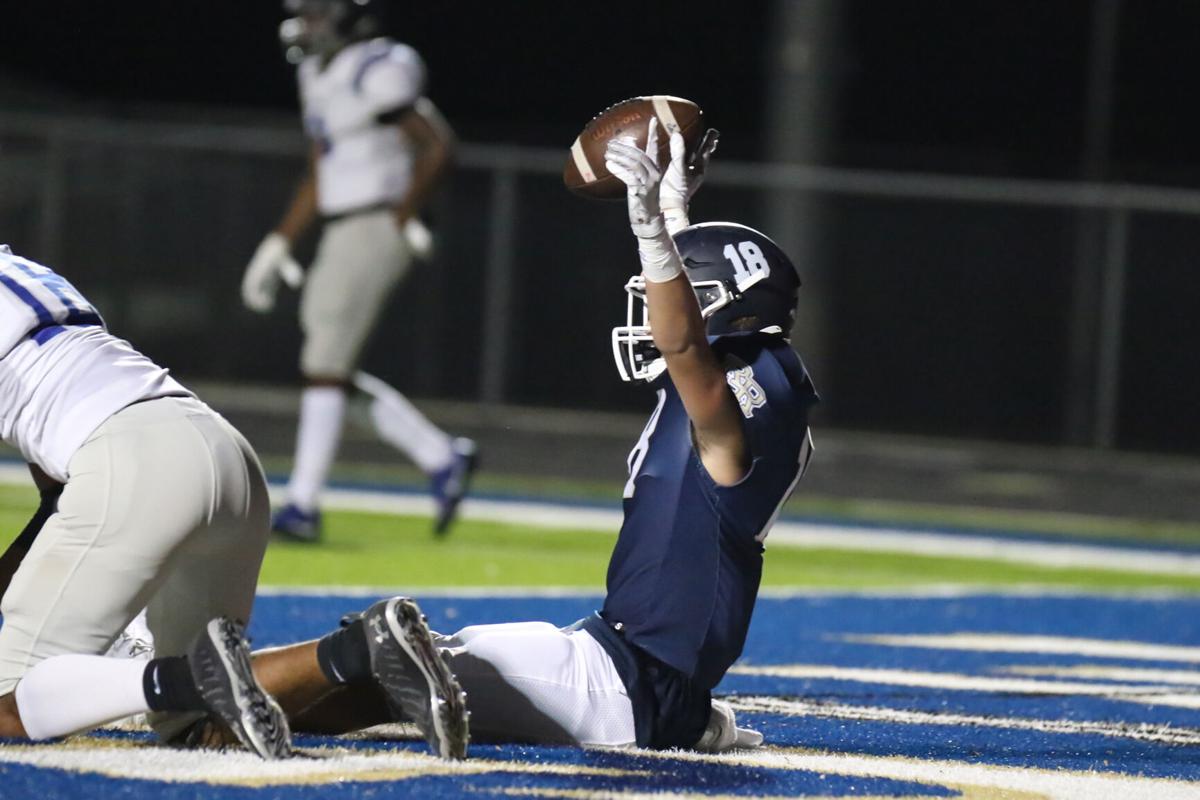 Micah Martineau showing there was no doubt 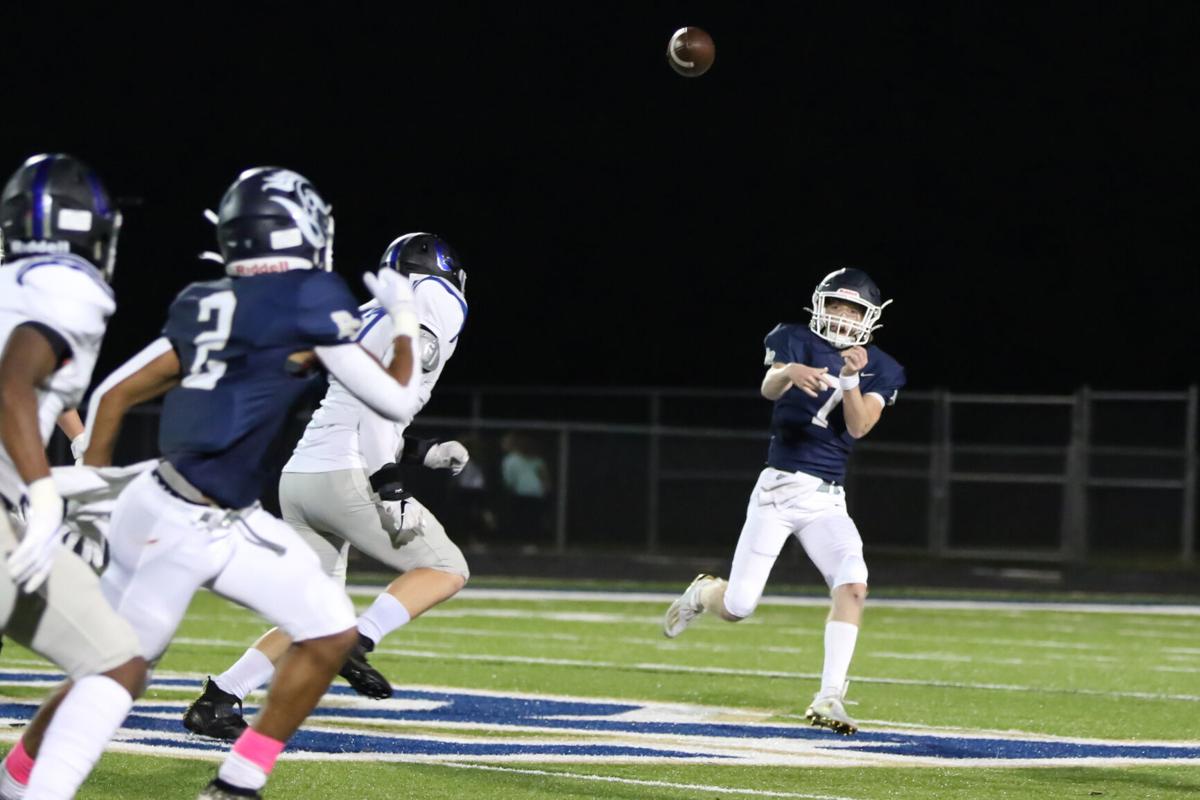 Carson Lathem(7) with the pass to Andrew Bingham(2) 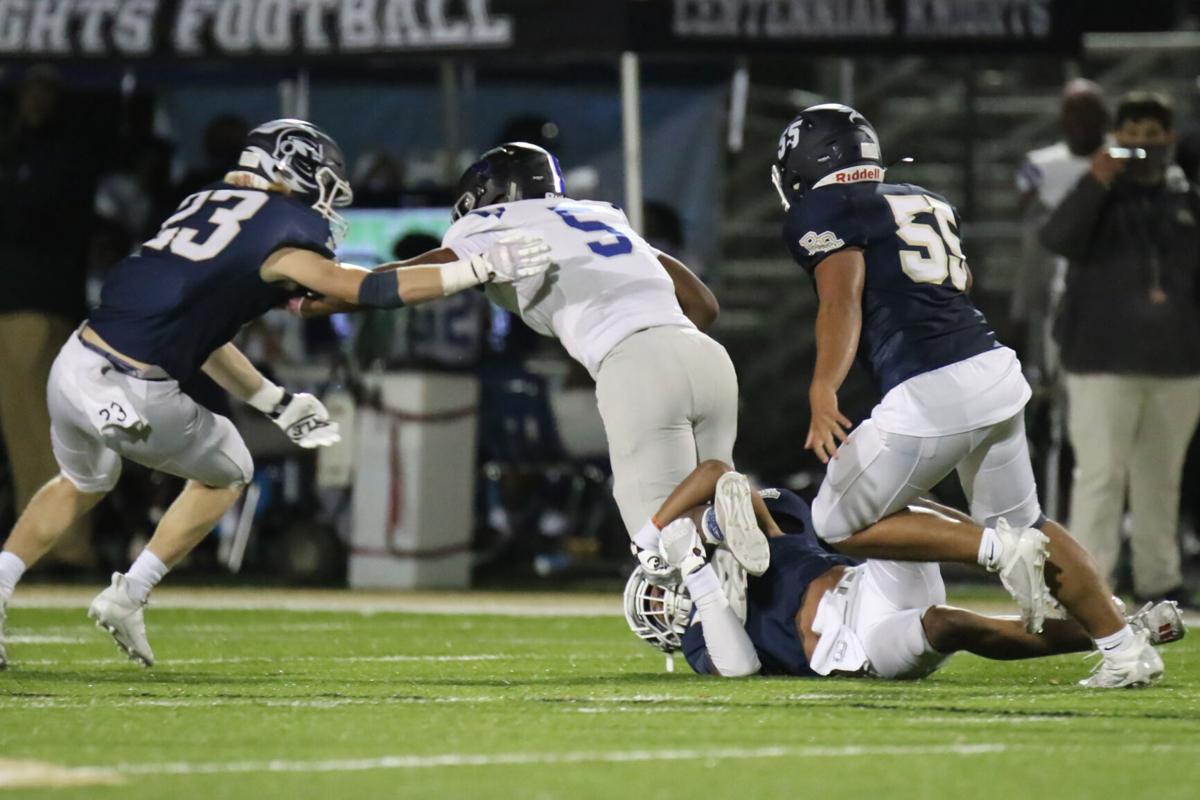 Chase Usher wraps the legs for the tackle 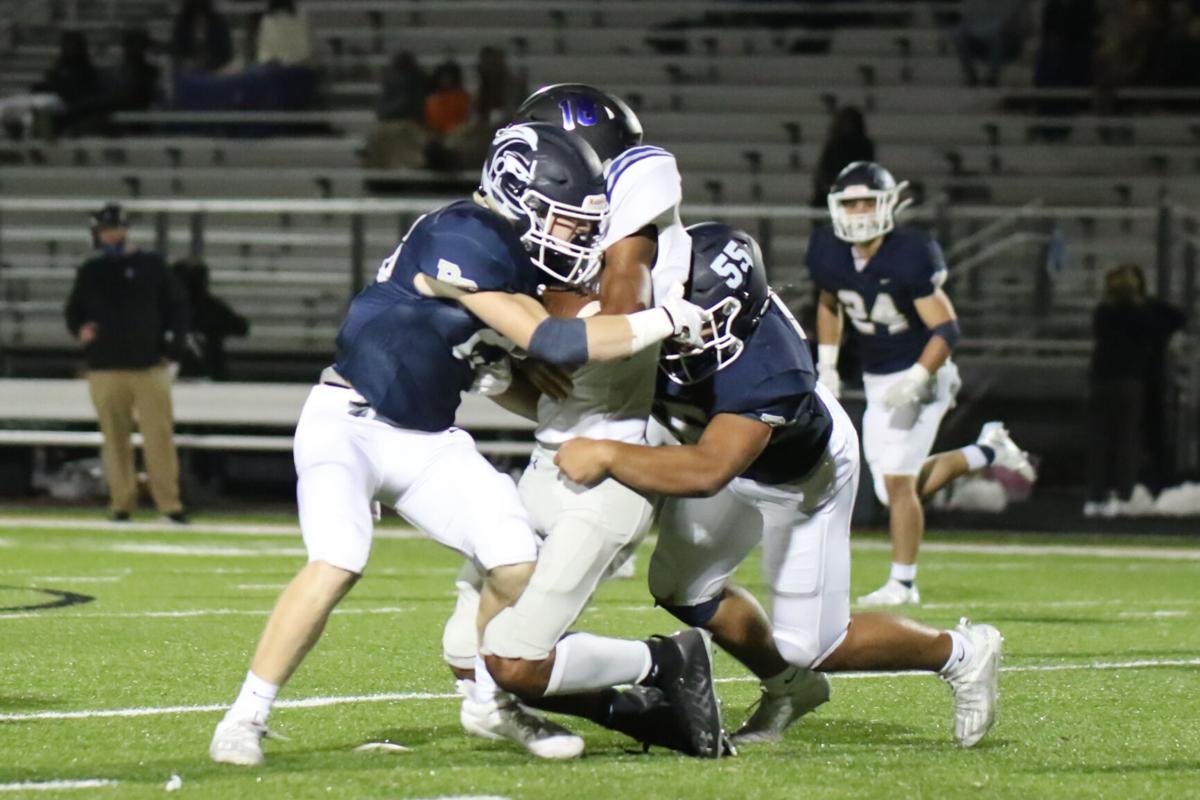 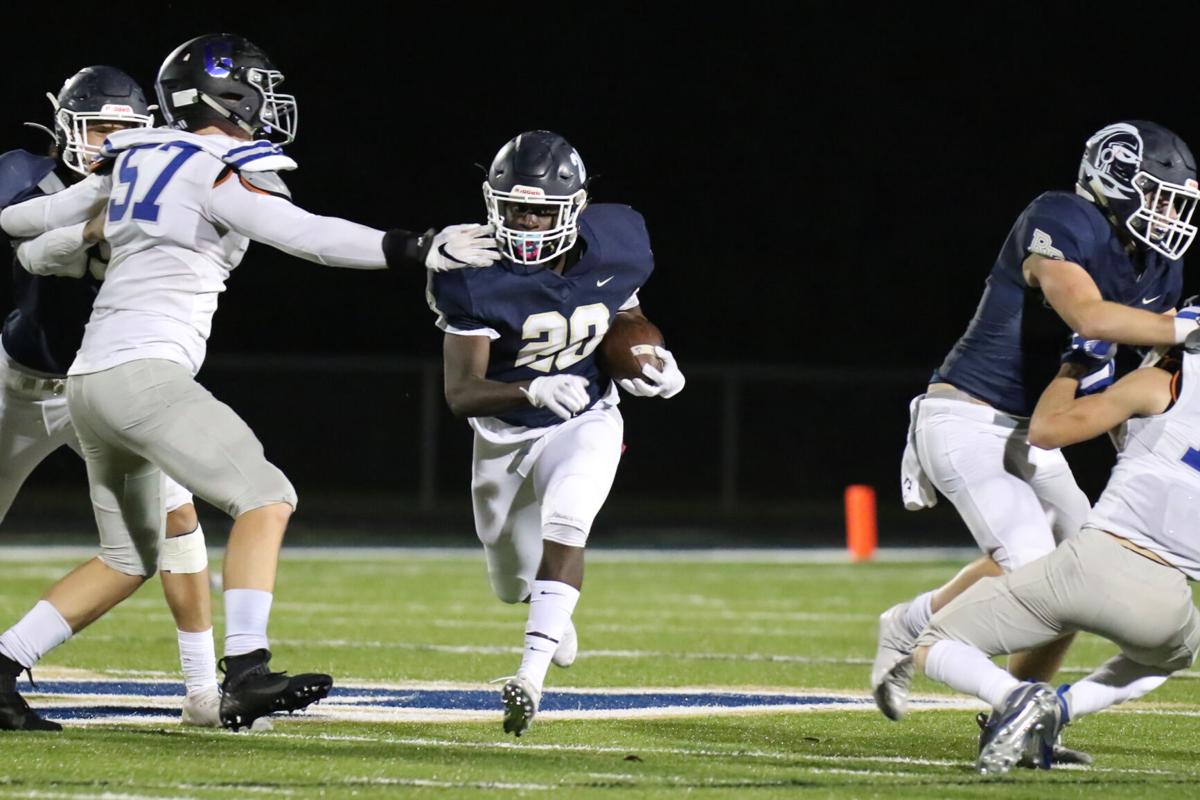 Tyler Carter for the carry through the gap 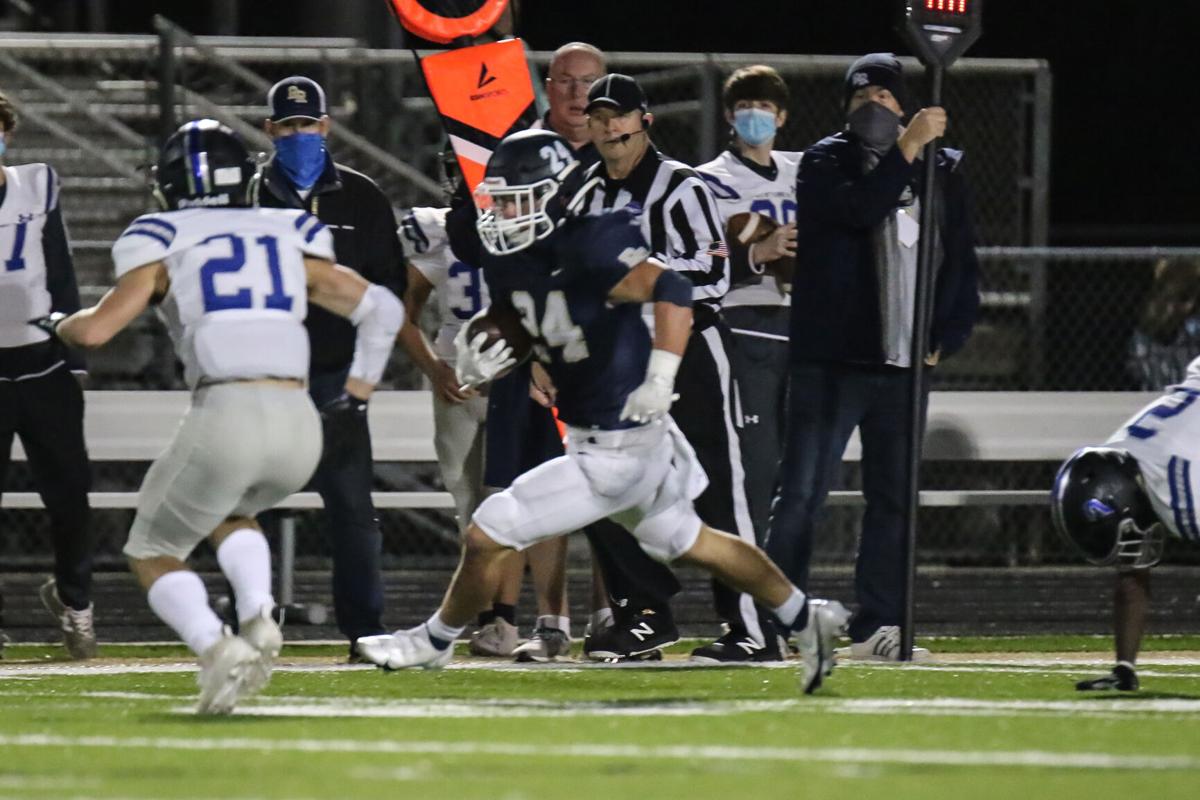 Scotty Rutherford carries to the sideline for the Knights First Down 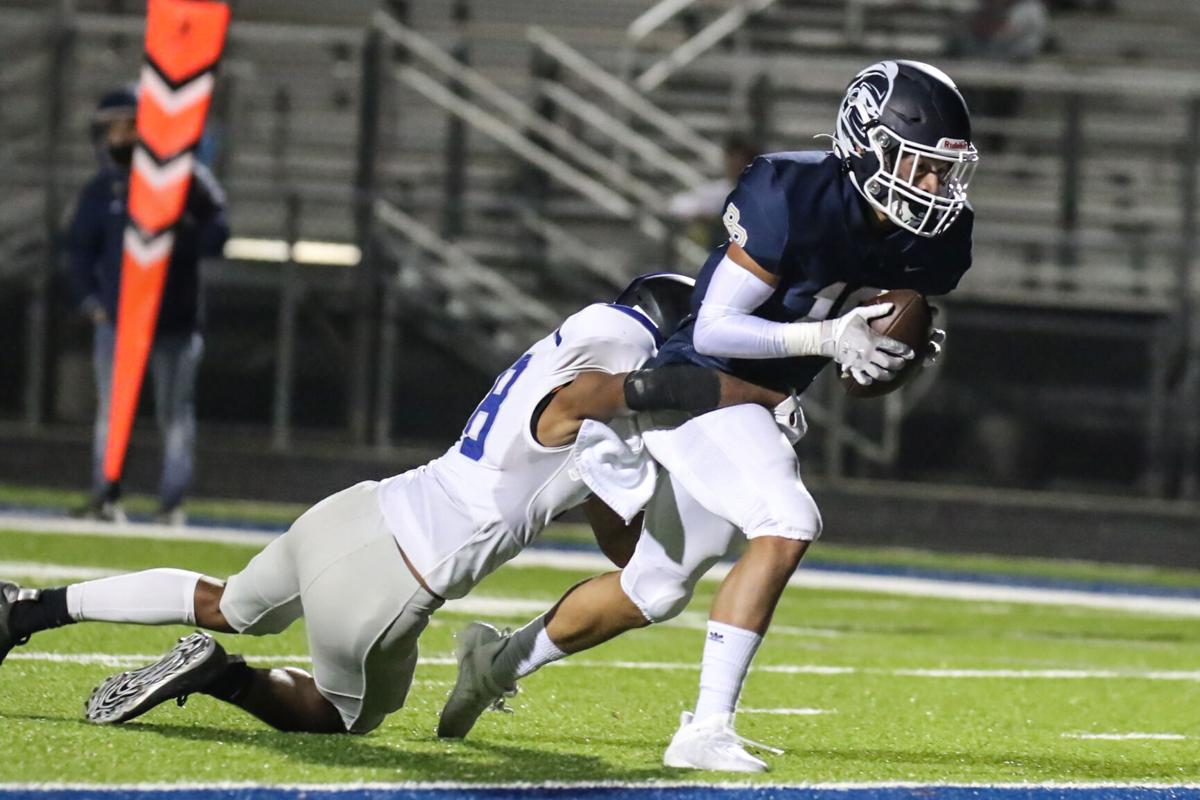 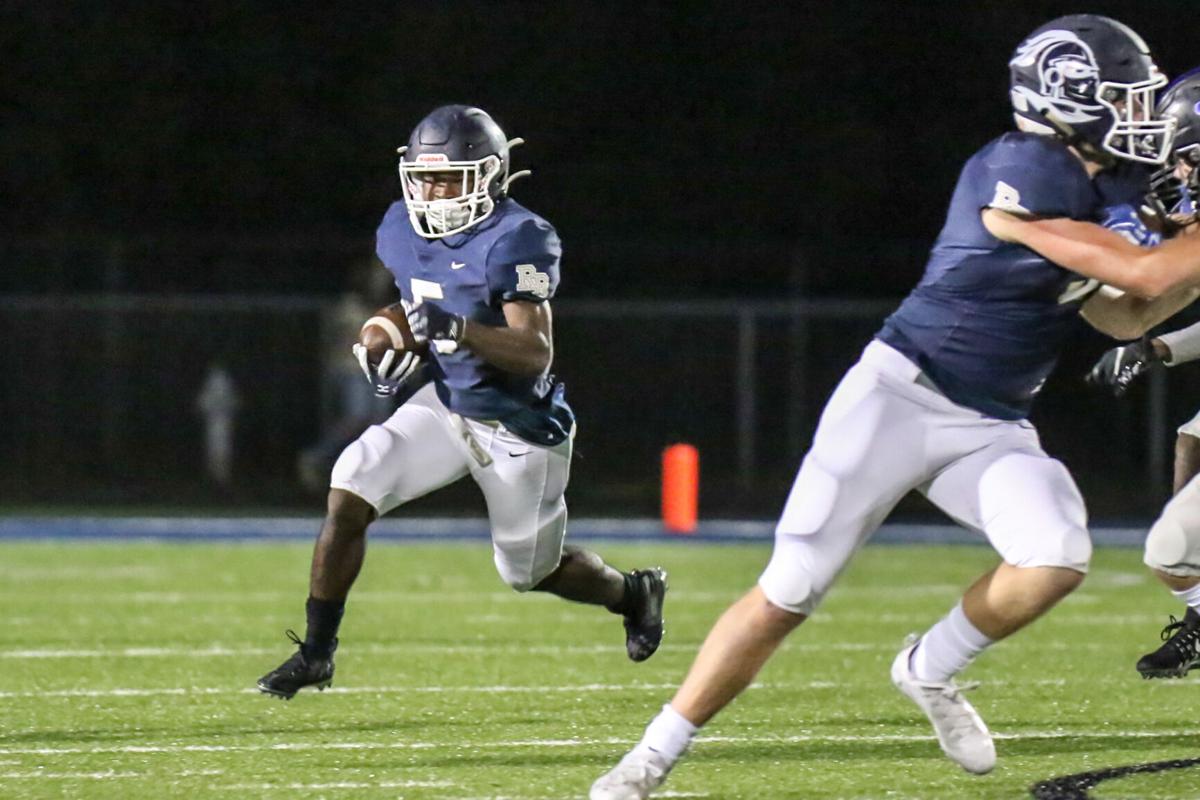 Amehre Morrison turns the corner for the Knights' carry 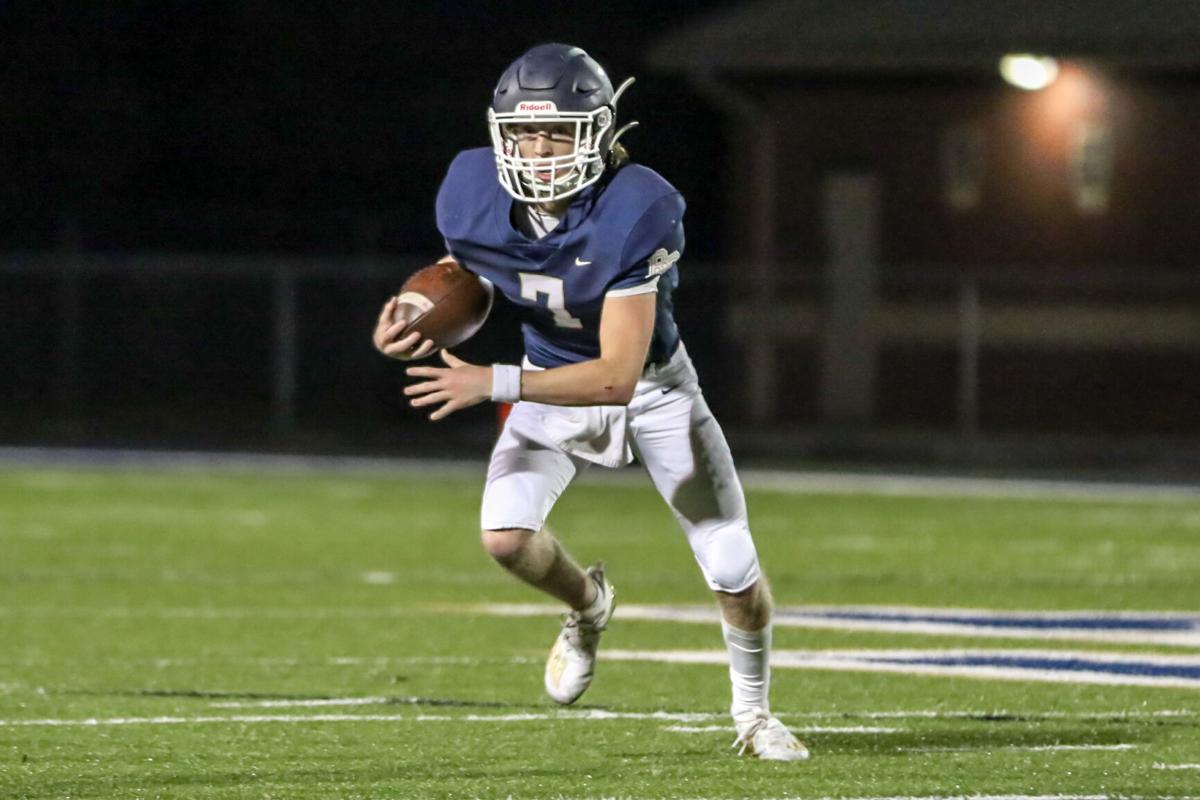 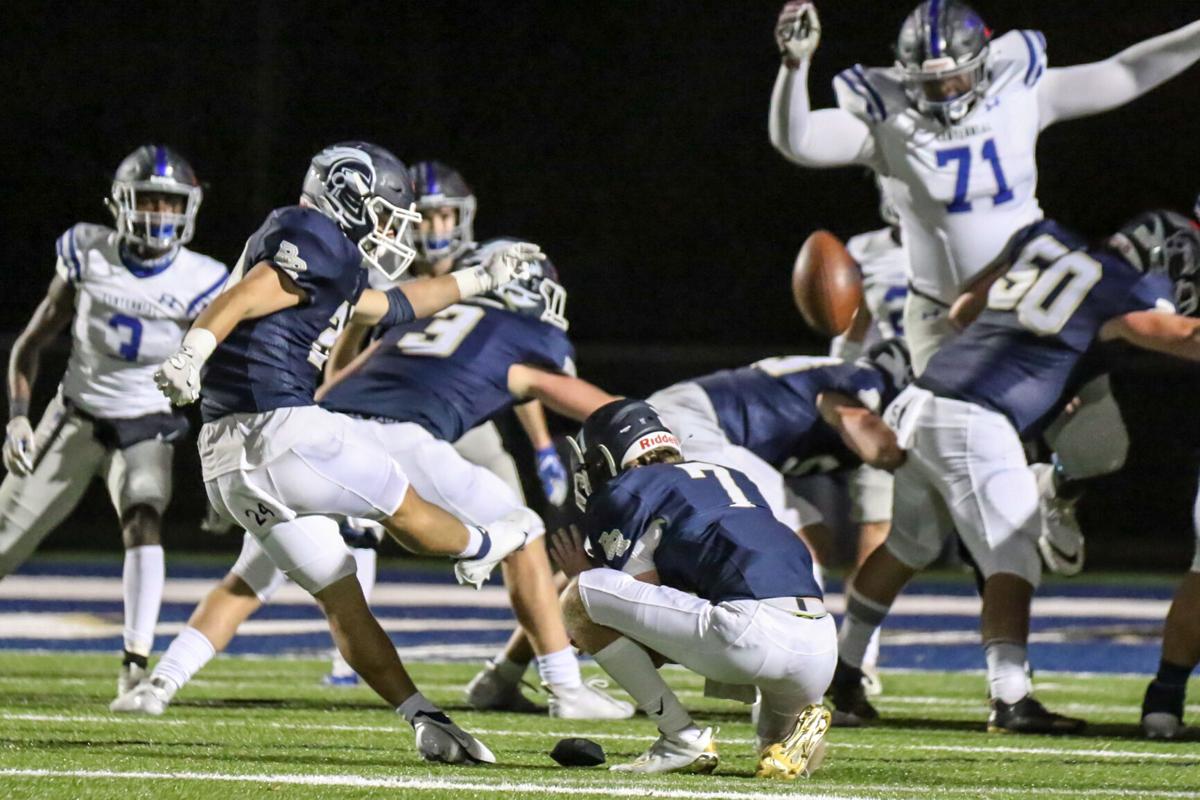 Scotty Rutherford with the FG to put the Knights on top

Micah Martineau showing there was no doubt

Carson Lathem(7) with the pass to Andrew Bingham(2)

Chase Usher wraps the legs for the tackle

Tyler Carter for the carry through the gap

Scotty Rutherford carries to the sideline for the Knights First Down

Amehre Morrison turns the corner for the Knights' carry

Scotty Rutherford with the FG to put the Knights on top

WOODSTOCK -- On its homecoming night, River Ridge eased to a 31-7 victory against Centennial.

The Knights (7-0, 4-0 Region 7AAAAAA) scored 24 unanswered points in the second half to pull away.

River Ridge’s offense came alive in the third quarter behind the play of quarterback Carson Lathem and running back Amehre Morrison.

“We just had to be patient. We knew the plays were there in the first half,” River Ridge coach Mike Collins said, “Carson did a great job, guys got open on a couple of plays and we were able to get Amehre off late, too.”

Coming out of halftime tied. River Ridge marched down the field for a 73-yard drive that was finished off by a 17-yard scoring toss from Lathem to Andrew Bingham.

Up 17-7 after a 24-yard field goal from Scotty Rutherford, Lathem struck again with a 24-yard touchdown pass to Micah Martineau to extend River Ridge’s advantage to 24-7 late in the third.

Morrison finished off the game’s scoring with a 46-yard touchdown scamper midway through the fourth quarter. The junior finished with 203 yards on 26 carries -- 149 of those yards which came in the second half.

While the offense came alive in the second half, River Ridge’s defense proved suffocating, holding Centennial (0-6, 0-4) to 190 yards of offense.

“Our guys did what they always do," Collins said. "They kept working and trusting each other, kept fitting and made a few tackles and was able to get off the field quick for the most part."

River Ridge broke through on its second possession when Lathem kept the ball for 44 yards on a read option to give the Knights a 7-0 lead in the first quarter.

A Centennial punt pinned the Knights on their 1-one yard line. With the poor field position, the offense could not get out of the shadow of its own end zone, and the following punt set up Centennial’s offense at the River Ridge 41-yard line.

After gaining only one first down during its first five possessions, Centennial finally found a groove with a 10-play scoring drive. Julian Nixon lined up as a wildcat quarterback for six of the plays and finished off the drive with a 4-yard scoring catch on a goal-line fade to even the score at halftime.

River Ridge will host Sequoyah next Friday, looking to improve to 4-0 against county competition. A win would potentially set up a de-facto region championship the following week against Johns Creek.

“I still don’t think we’ve reached our pinnacle yet, and we still haven’t played our best football,” Collins said.