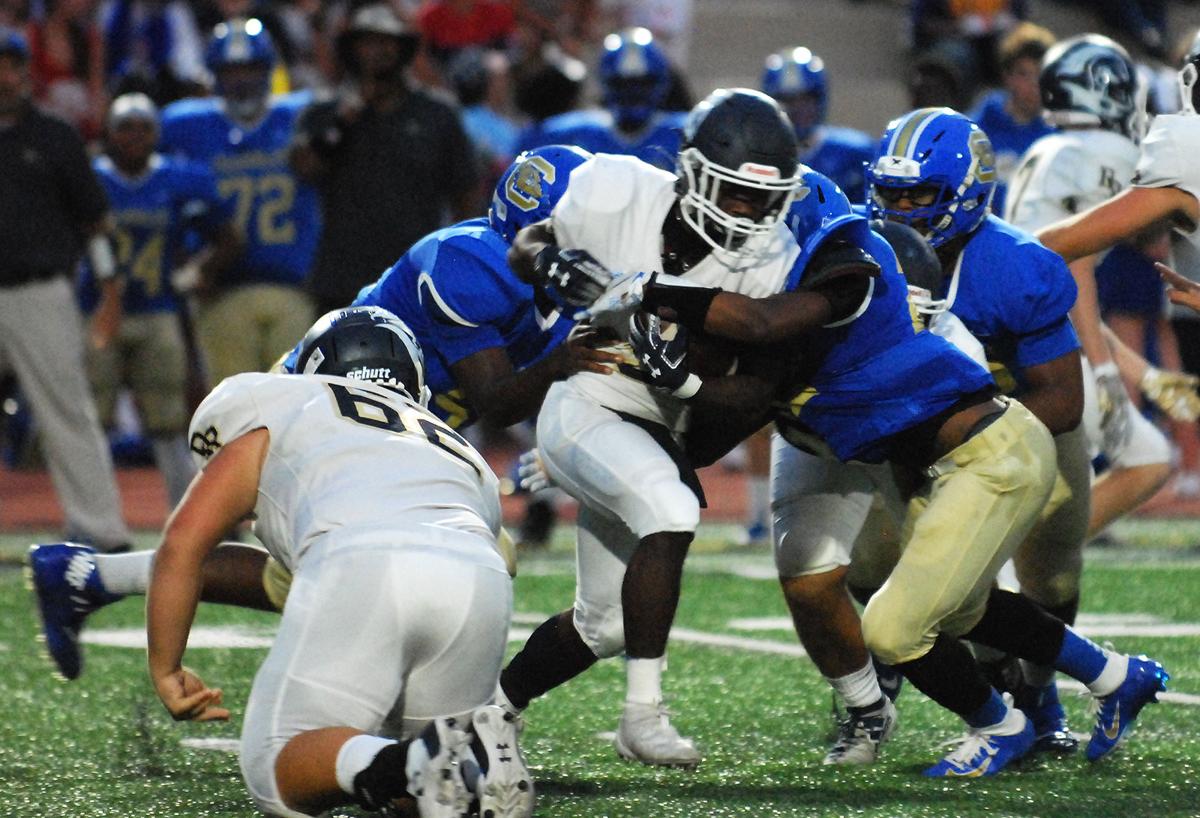 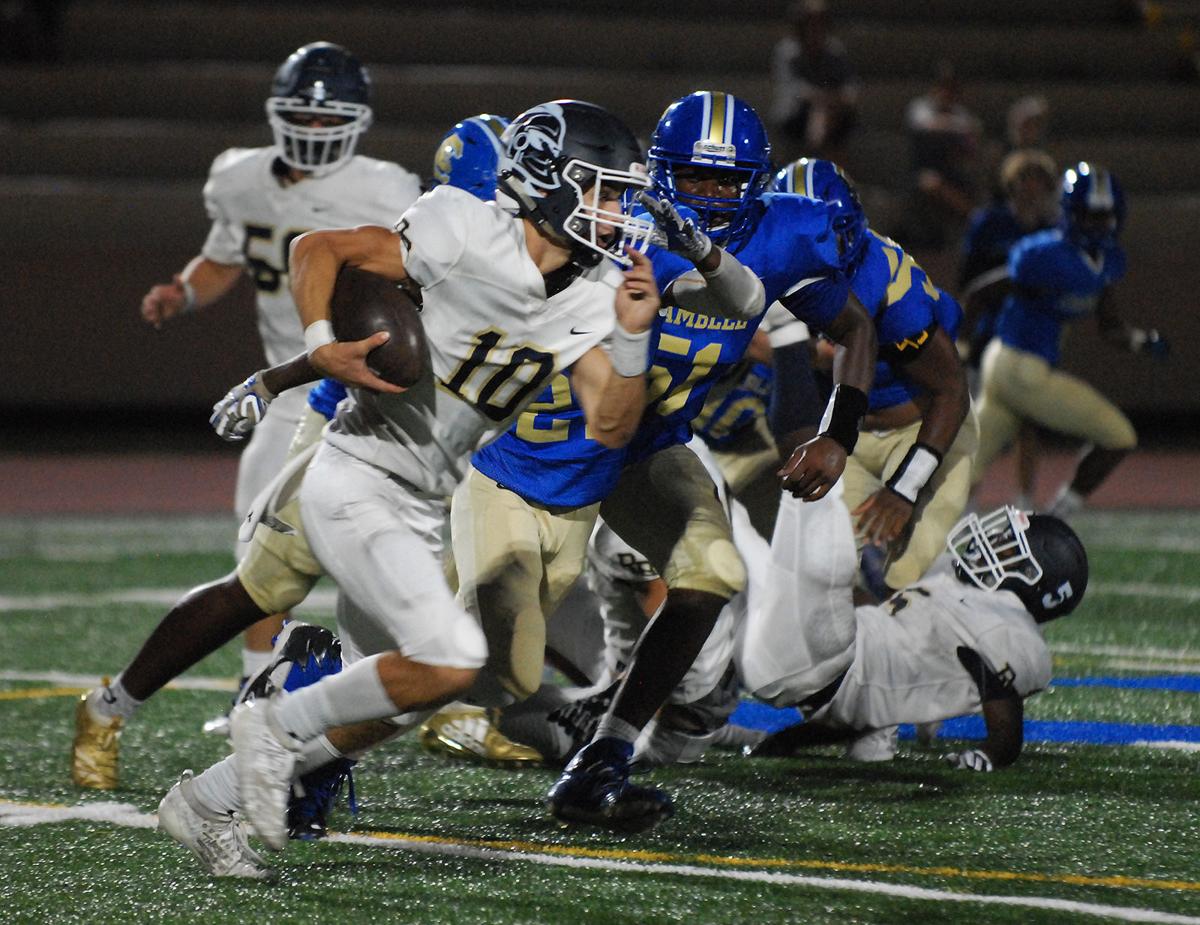 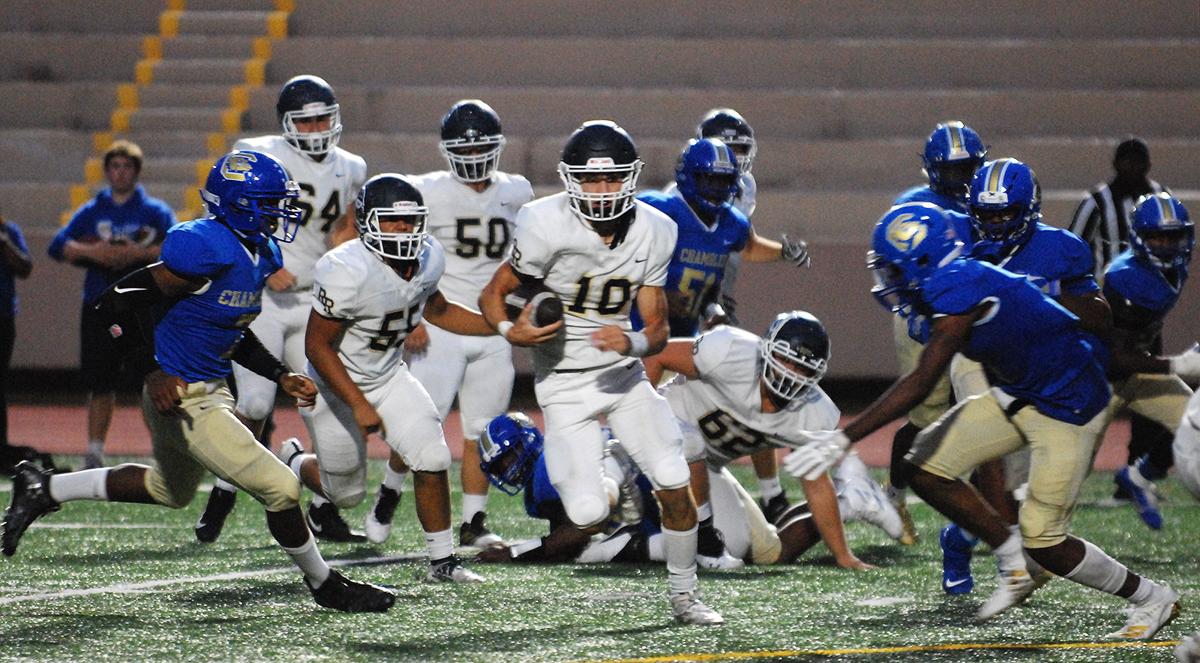 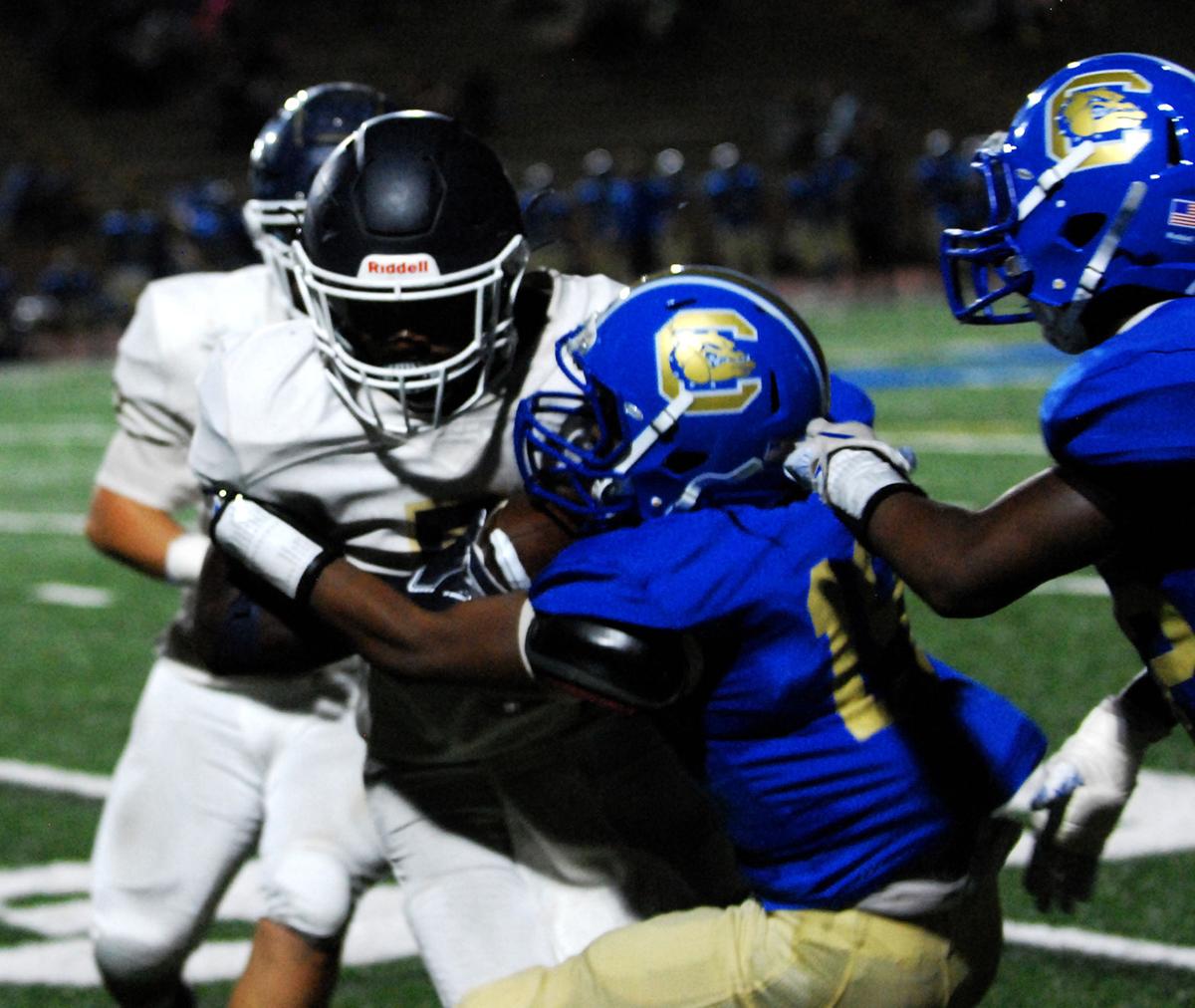 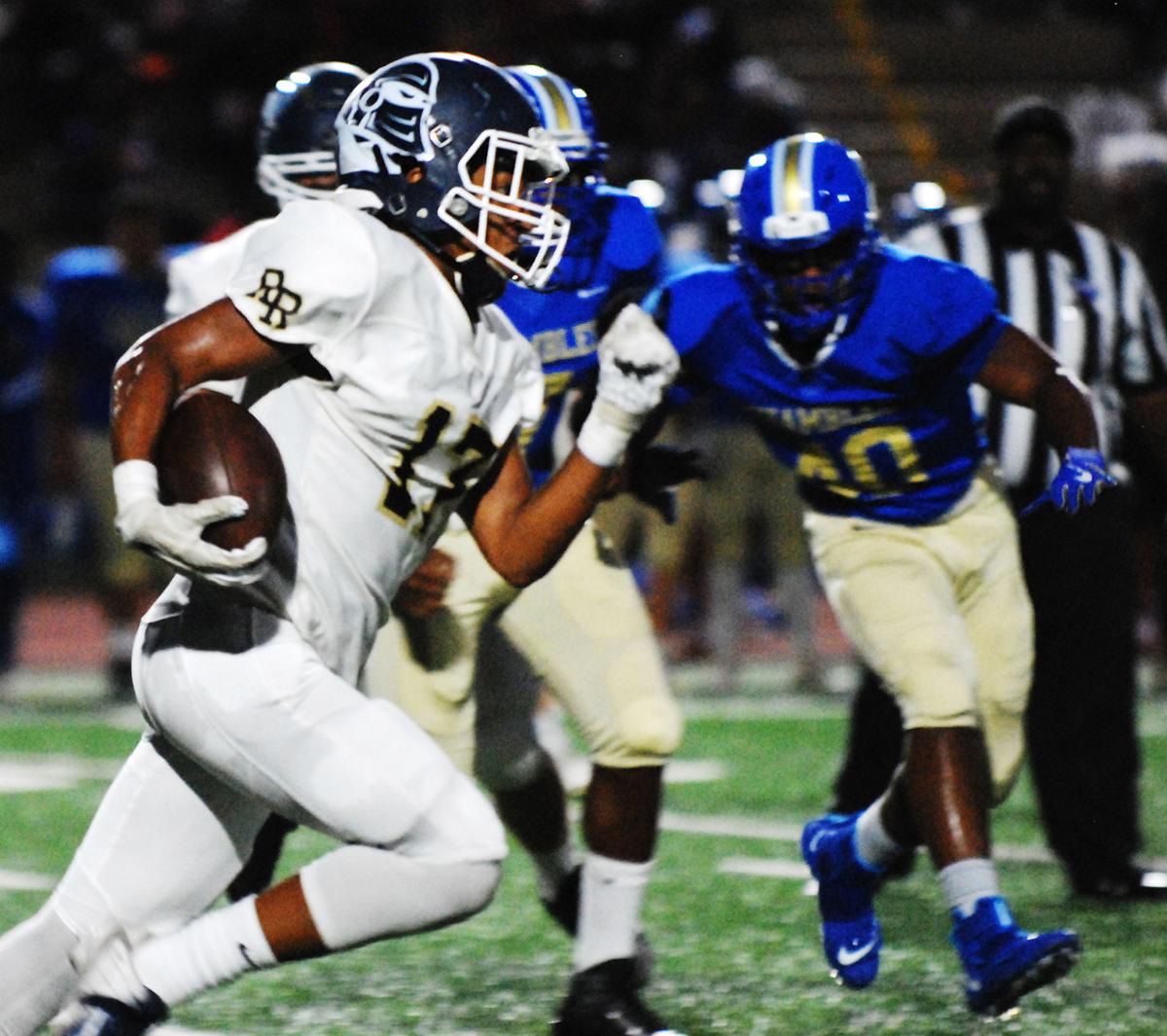 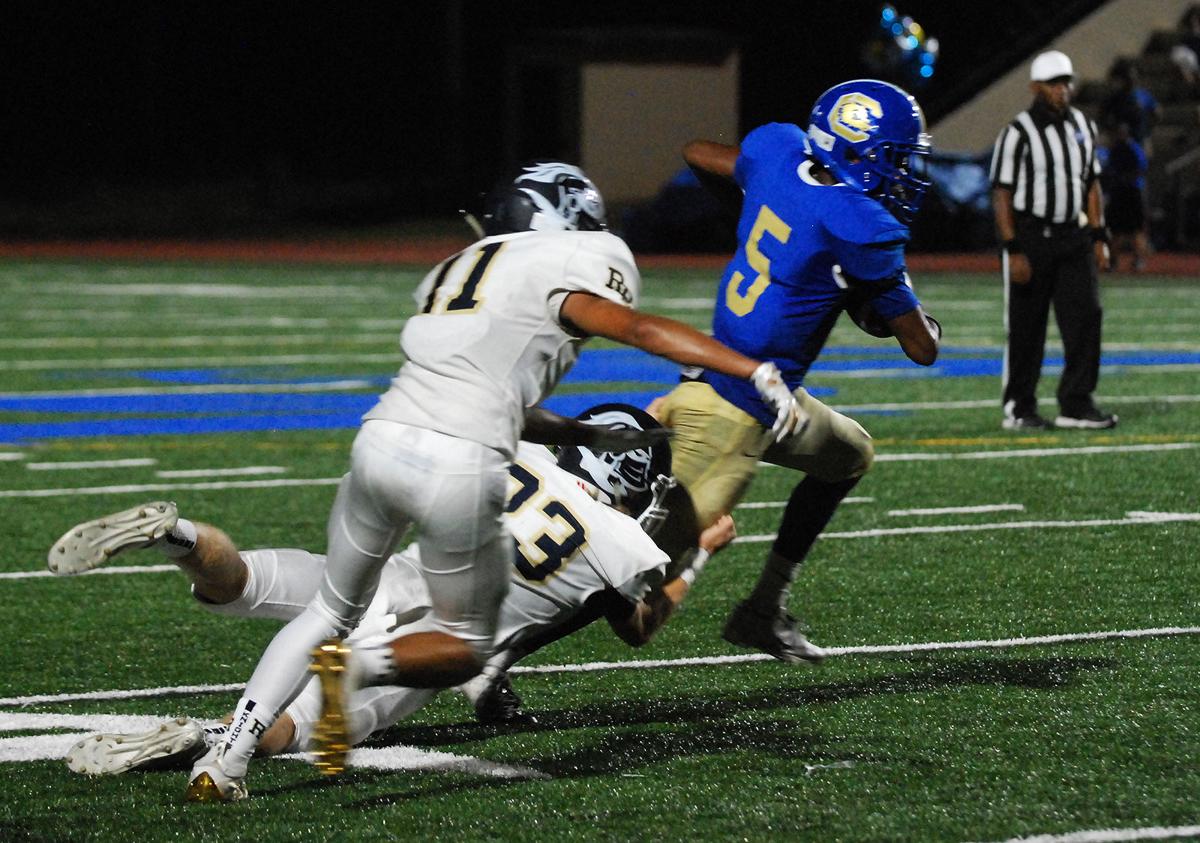 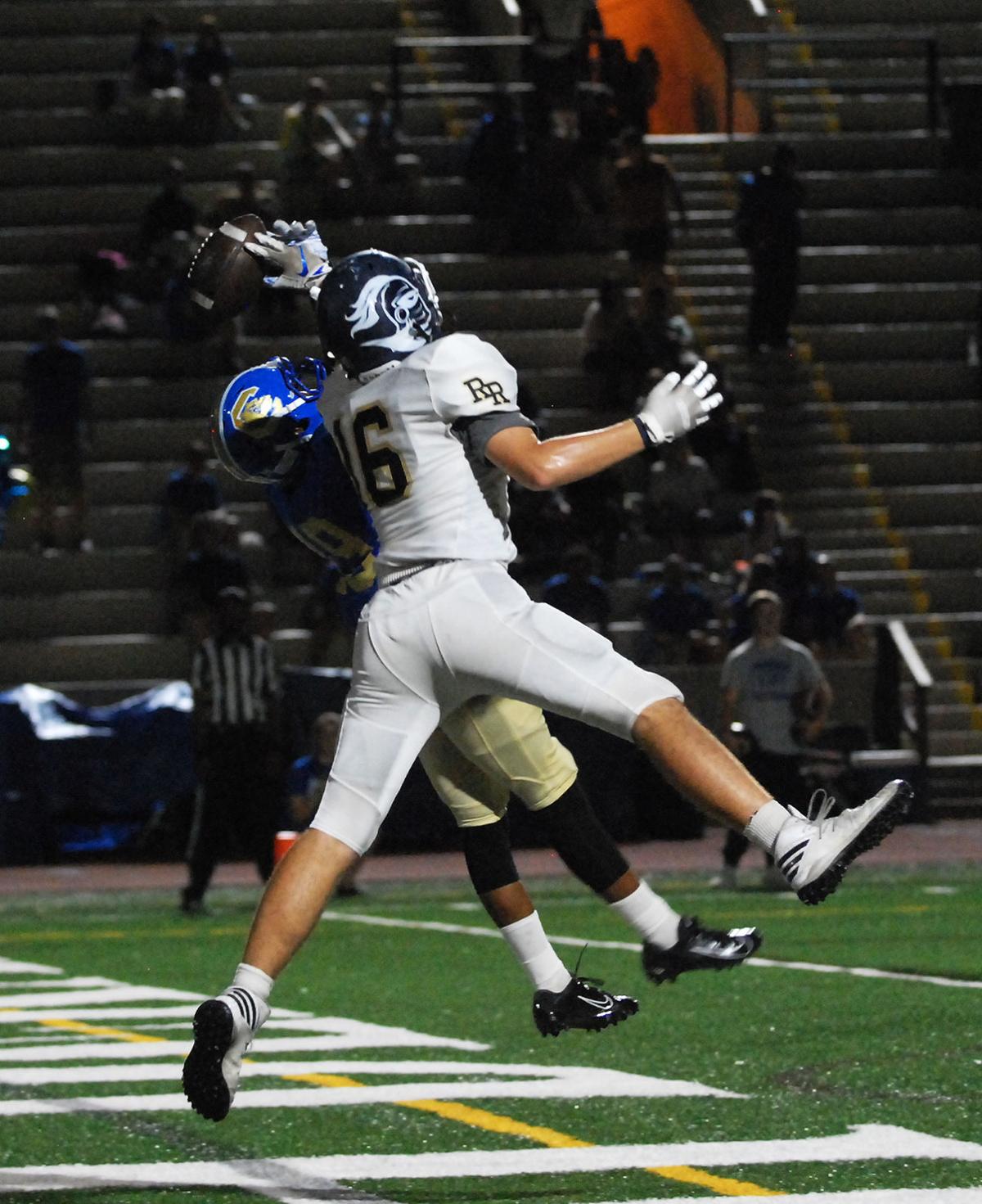 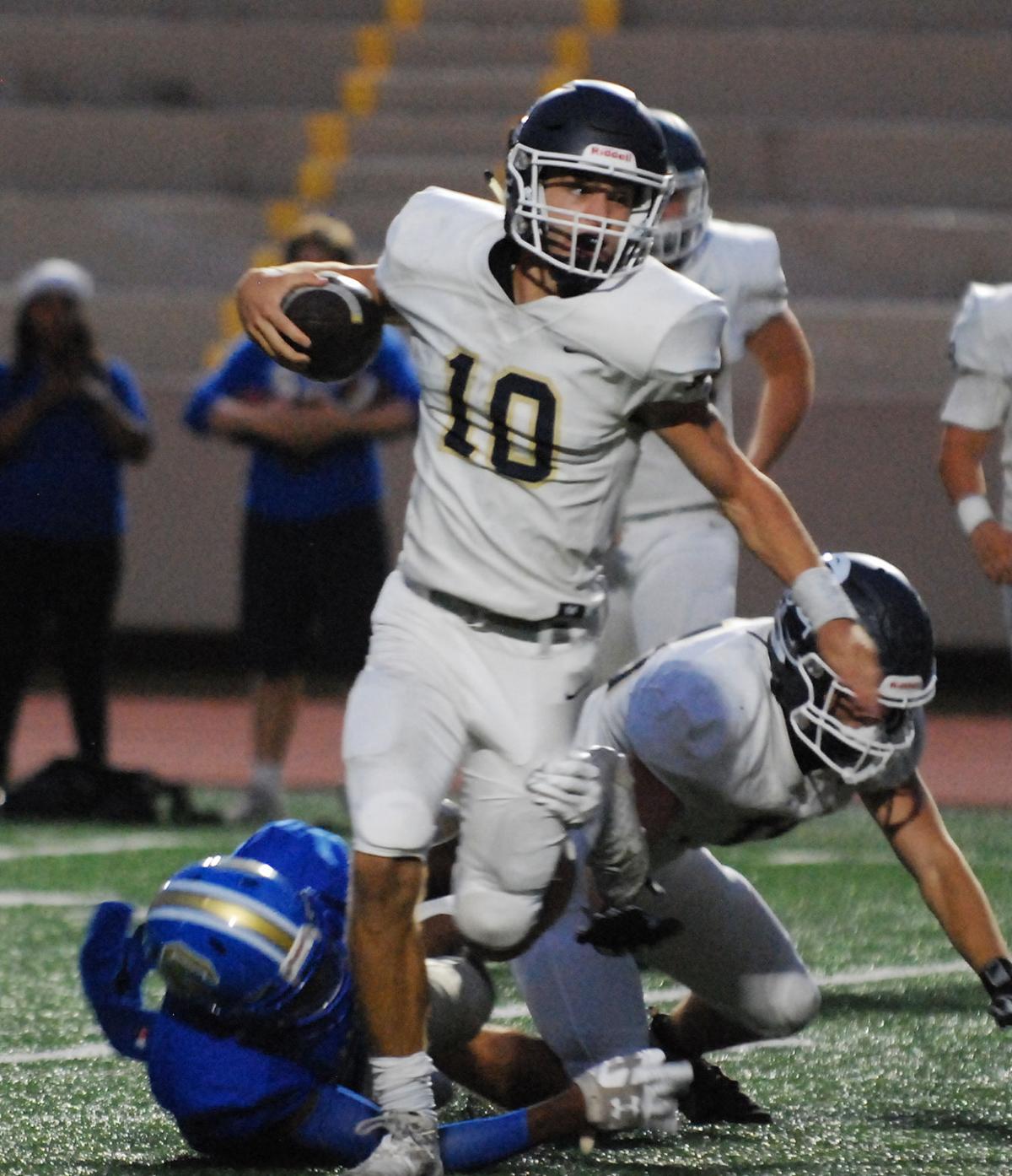 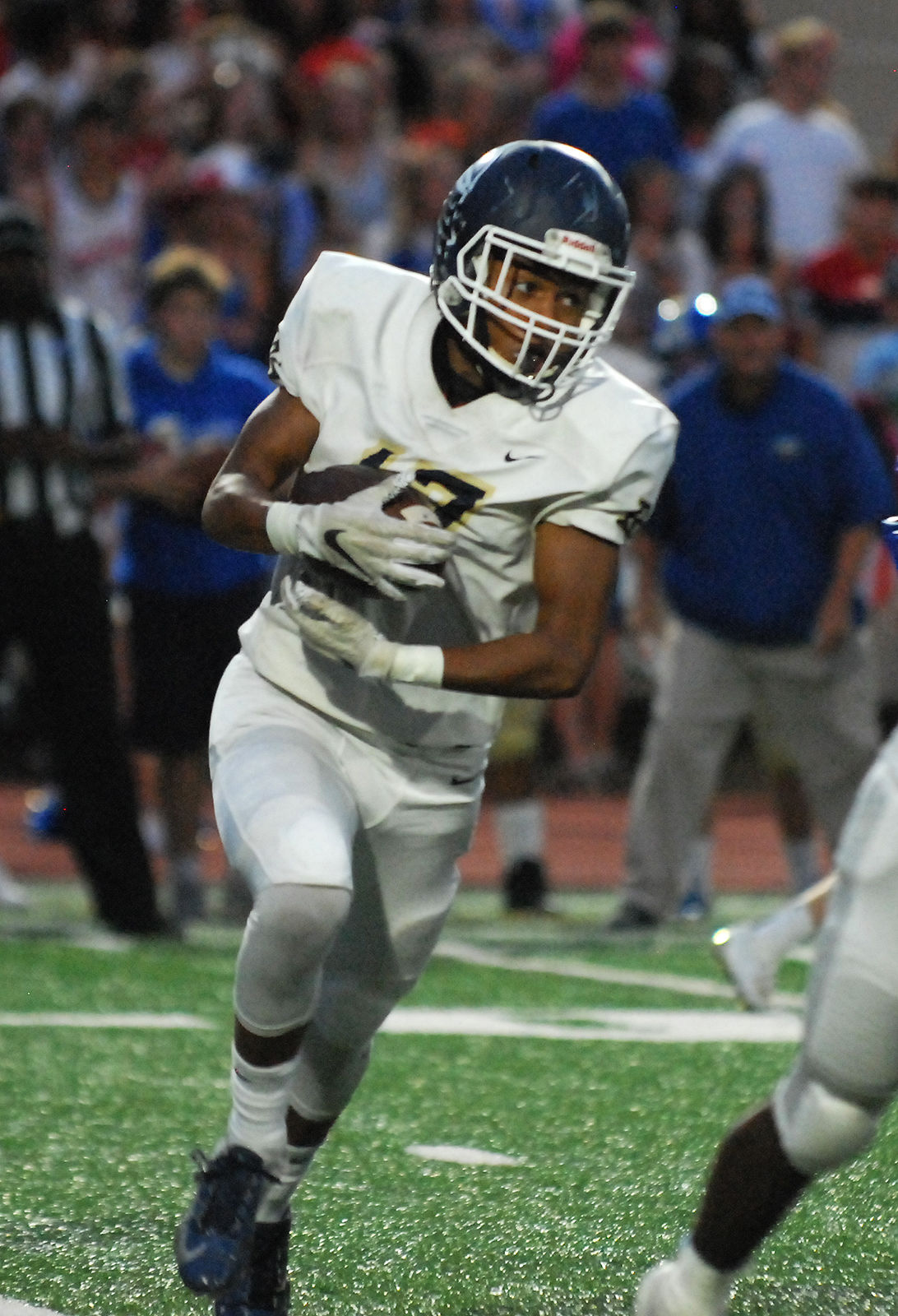 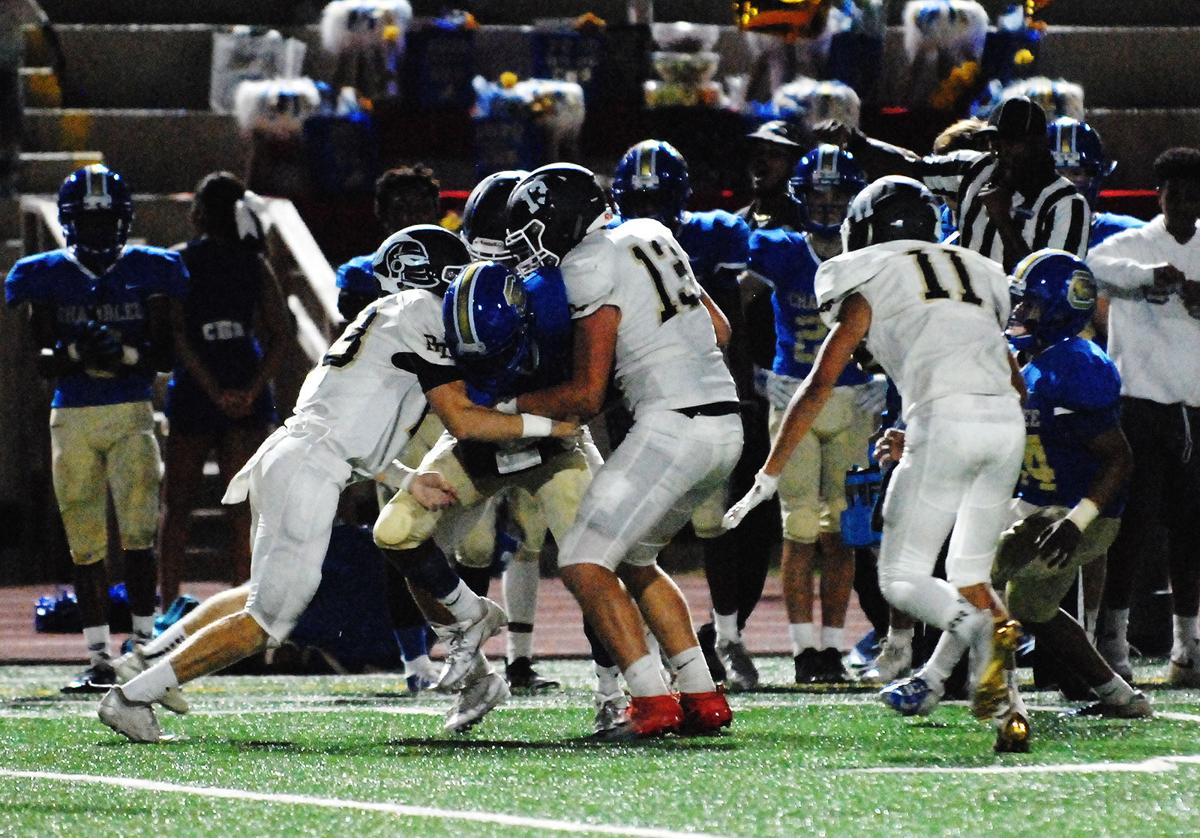 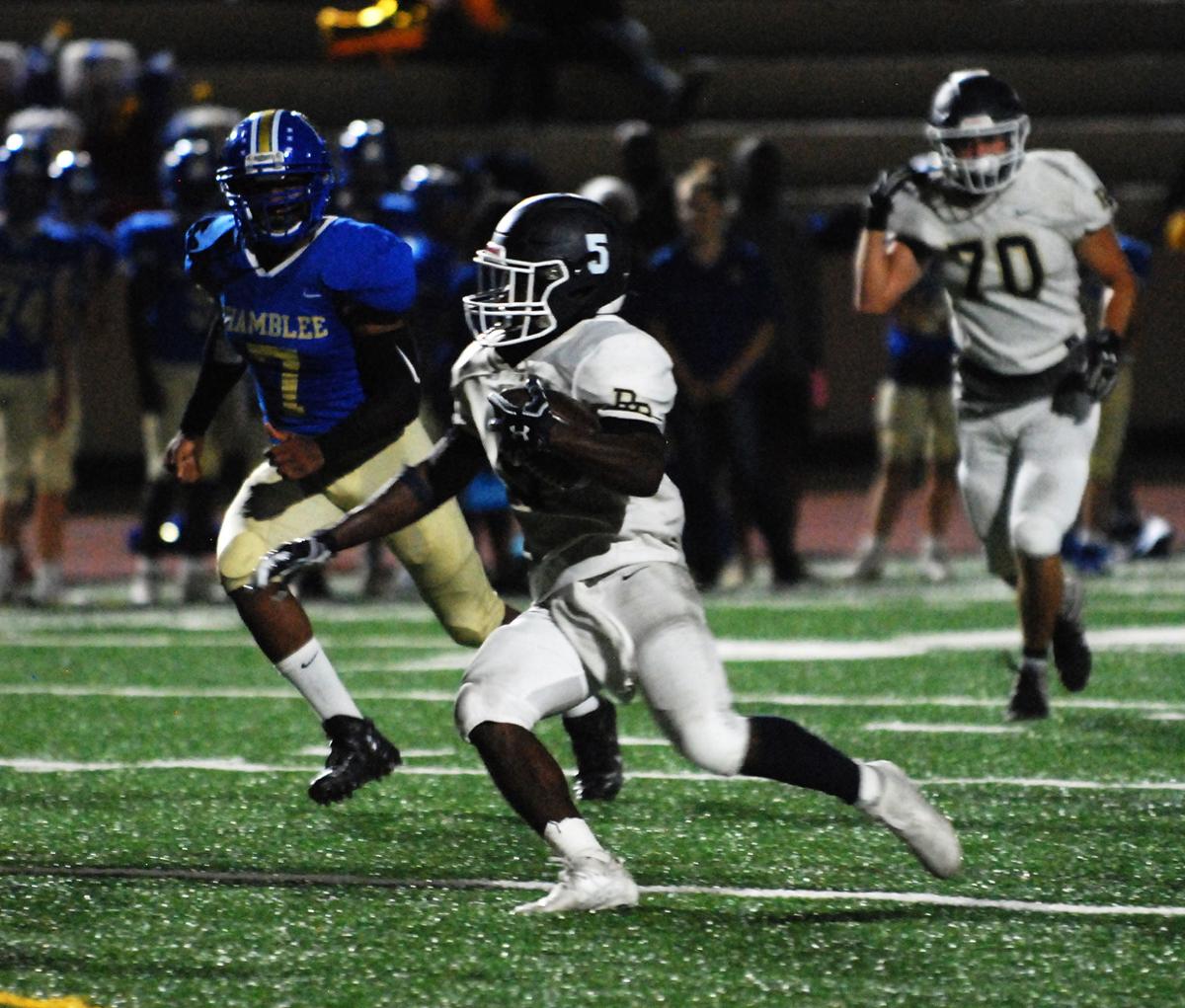 CHAMBLEE — For the first time since early in the 2017 season, River Ridge is on a winning streak.

The Knights traveled inside the Perimeter on Friday and drove back with a 40-7 win over Chamblee at North DeKalb Stadium.

The Knights’ offense was efficient and explosive, accumulating 562 yards while racking up 21 first downs. Mike Collins’ postgame speech was short and sweet, but the importance of every win isn’t lost on River Ridge’s first-year coach.

“I’m just happy for the kids, and I’m proud of them,” said Collins, who coached Chamblee for two seasons.

“Any time you get wins in this state, especially in this Perimeter area, you should enjoy them. because they ain’t easy.”

Collins said he was proud of how the team responded after Chamblee showed it would not lay down without a fight, while Begin said the passing game seemed to open up the running game.

“We had some trouble getting the ball up the middle at first, but we started to work the passing game with some short routes to get some yards,” Begin said. “The outside runs opened up after that.”

Begin finished the game 16-for-24 for 225 passing yards and a touchdown, while adding 46 yards and two touchdowns on the ground.

However, the explosive plays for the Knights were centered around sophomore running back Amehre Morrison, who finished with a game-high 186 rushing yards on 21 carries with one touchdown. Morrison also finished as the team’s leading receiver, with six receptions for 109 yards.

Morrison smiled after the game when asked how it felt to win back-to-back games.

“It feels great, to be honest,” Morrison said. “All those summer workouts are coming back to pay off. I love carrying it and catching it, but, honestly, I’m just trying to get more yards for Chase when I catch it.”

River Ridge was twice stopped inside the red zone in the first half, but Jose Ledezma was able to convert on field goals of 25 and 30 yards. Begin’s 1-yard quarterback sneak put the Knights’ up 20-7 and another 2-yard keeper gave River Ridge a 26-7 lead at the half.

Chamblee moved the ball a bit on River Ridge in the first half, finishing the first two quarters with 131 yards and six first downs. Quarterback Fabian Walker finished 14-for-32 for 109 yards, while Harrell finished as the team’s leading rusher with 81 yards on nine carries.

River Ridge held Chamblee to 61 yards and three first downs in the second half.

“They came out with something we didn’t practice all week, so we kind of got punched in the mouth there early,” River Ridge senior linebacker Kofi Reeves-Miller said. “But we came out on those next drives and really cleaned it up. They had nothing going in the second half.”

Begin said finishing the game in the second half was something River Ridge had been working to improve, and he was proud of the Knights’ finish in the third quarter. Morrison’s 36-yard touchdown run up the middle gave River Ridge a 33-7 lead late in the third quarter, and freshman quarterback Daniel Fichtner added a 22-yard scamper for a touchdown late in the fourth quarter.

The Knights will resume their Region 6AAAAAA schedule next week at Dalton next week, and Collins reminded his players after the game of the importance of getting refocused for region play. The victory Friday was important, however, for turning around the culture of a program that has not seen a winning season since 2011.

“I thought we mixed it up well tonight and got a lot of people involved on offense. Hopefully, we can build off this, and we’ll see where we are next week, but I’m so happy for our kids. They work hard, and they deserve to be able to enjoy this for a moment.”