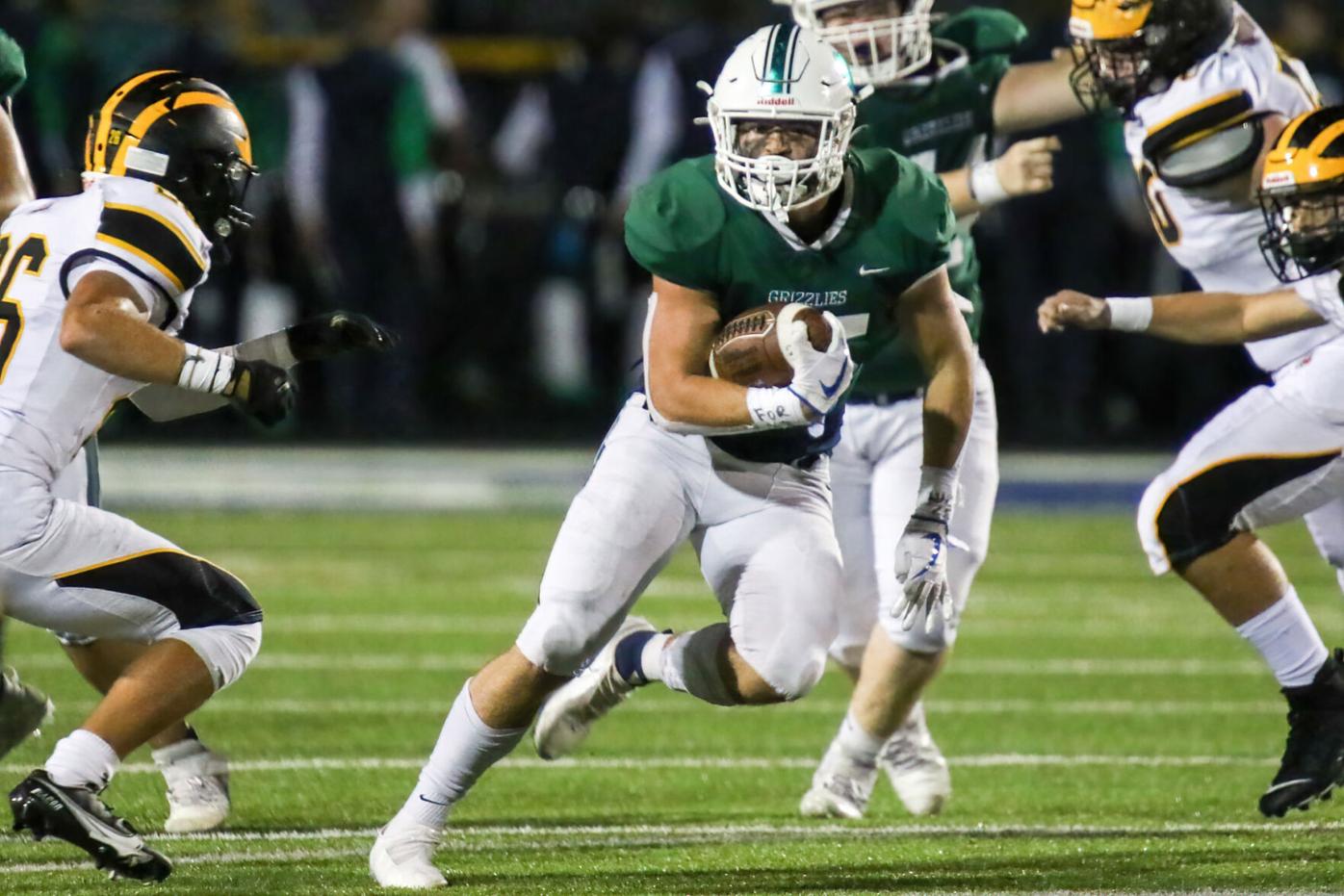 Above: Tyler Stevens breaks through the line in Creekview’s win over Sequoyah last week. Stevens will remain a key part of the Grizzlies’ offense as they make the trip to River Ridge in a key Region 7AAAAAA game Friday. Above: After the River Ridge offense was kept in check by Riverwood last week, Gabe Bolden and the Knights are looking to bounce back. 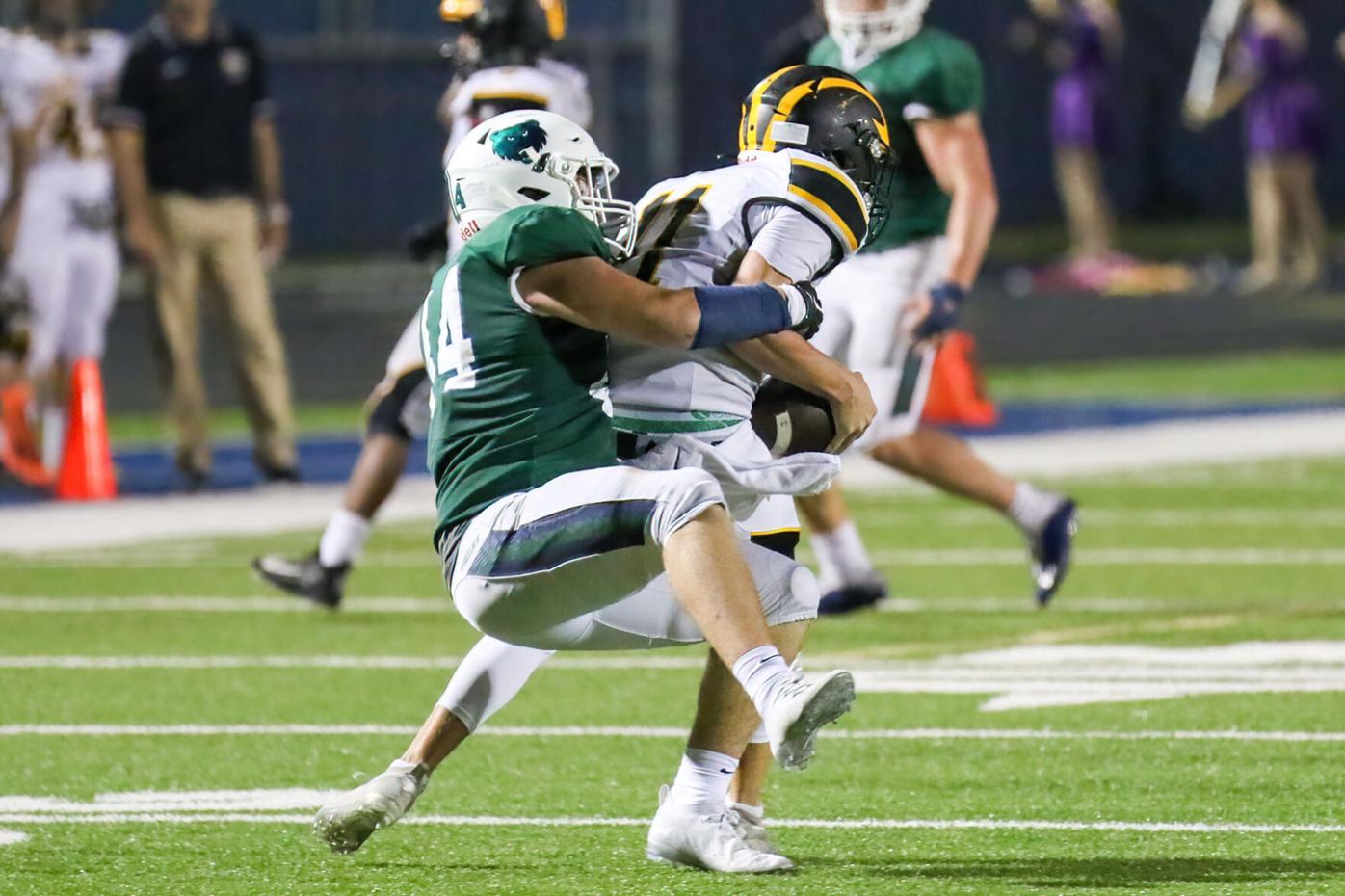 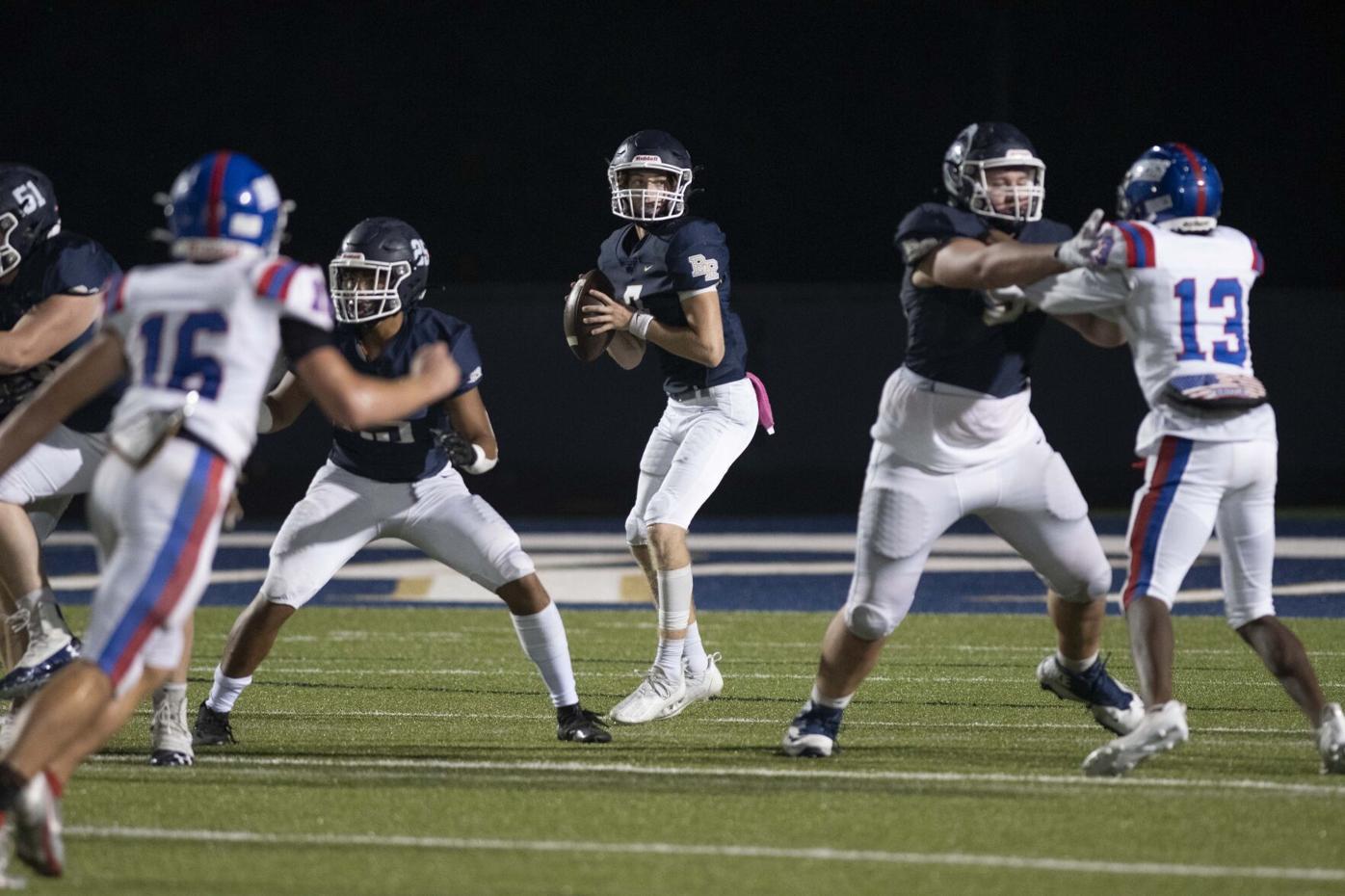 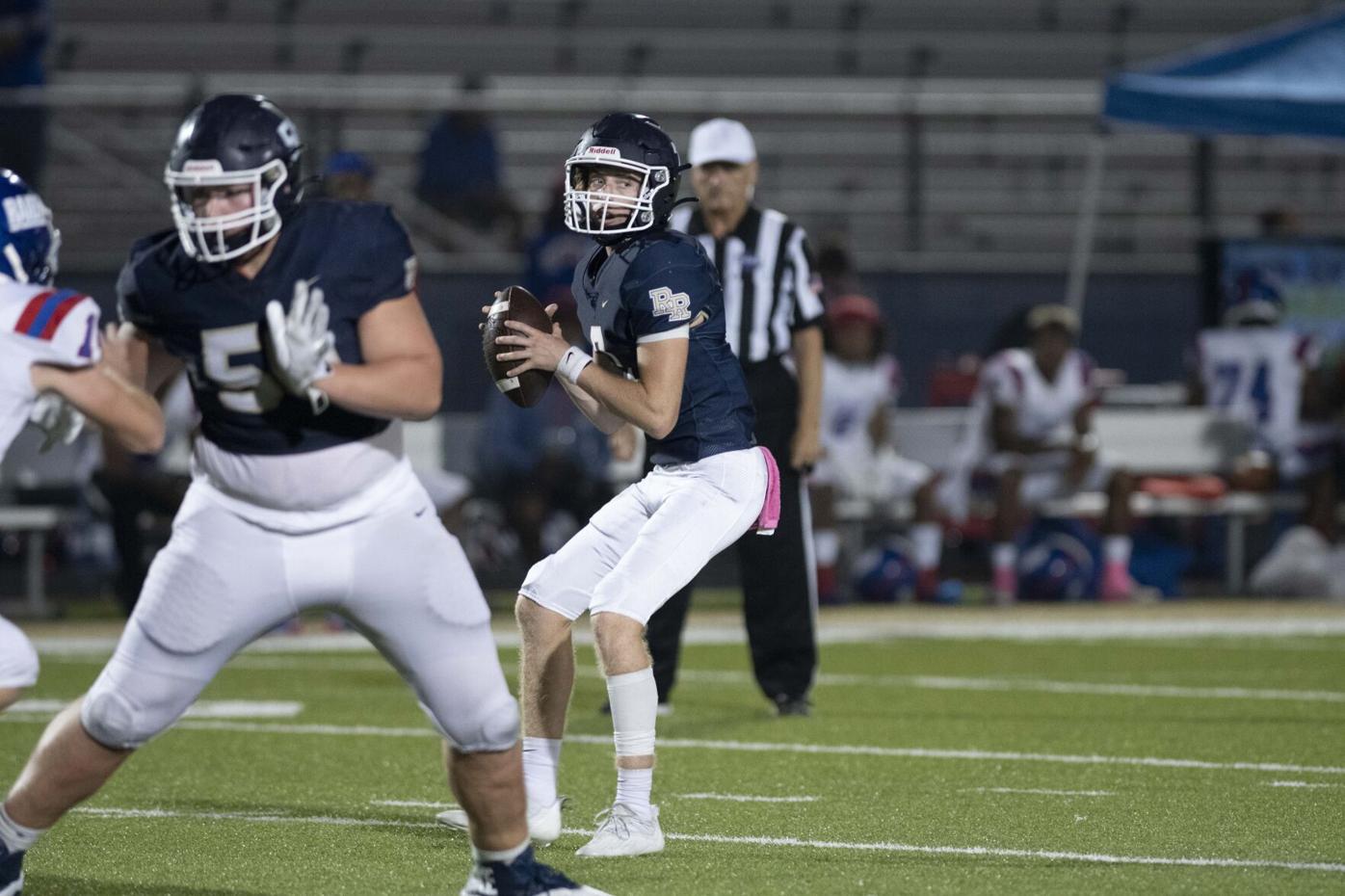 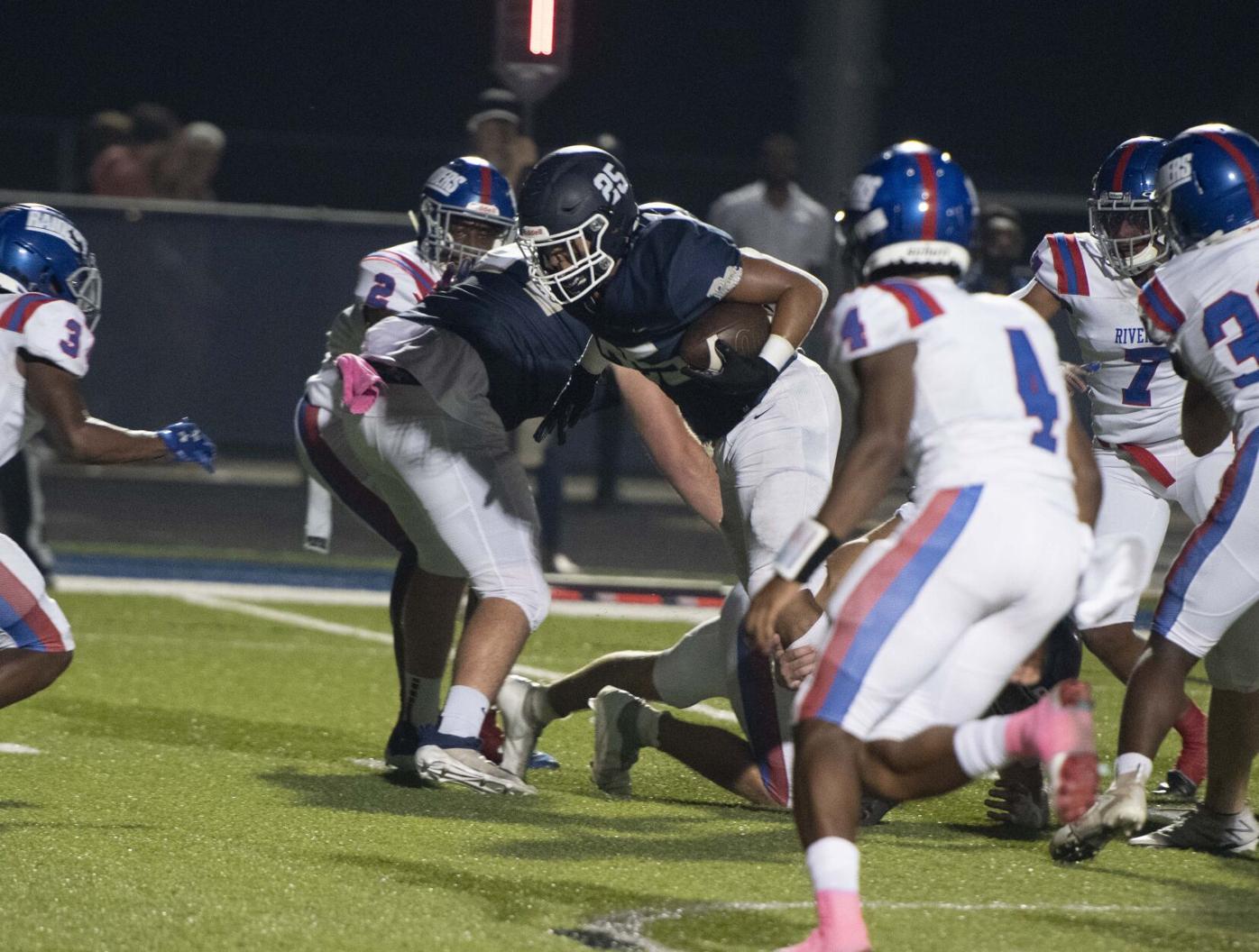 Above: Tyler Stevens breaks through the line in Creekview’s win over Sequoyah last week. Stevens will remain a key part of the Grizzlies’ offense as they make the trip to River Ridge in a key Region 7AAAAAA game Friday. Above: After the River Ridge offense was kept in check by Riverwood last week, Gabe Bolden and the Knights are looking to bounce back.

Creekview made a statement with its win over Sequoyah last week.

The Grizzlies were nearly unstoppable on offense and only allowed one touchdown on the defensive side as they rebounded from their first loss of the year.

On Friday, Creekview will match up with River Ridge, which is coming off its first loss of the season last Friday to Riverwood.

The game will be a serious test for both teams as they look to remain on the top side of the Region 7AAAAAA standings.

“We understand that this is probably one of the most physical football games that we are going to play,” River Ridge coach Michael Collins said. “We have to be mentally prepared for it. The mentality has to be that physicality will be at a high level, and we have to match that for four quarters.”

River Ridge (4-1, 1-1) had some uncharacteristic issues on offense in its 44-15 loss to Riverwood. The Knights were held under 100 yards rushing for the first time this season.

“It starts with doing the best you can to stop the run game,” Williams said. “Their running back is so dynamic and does such a good job creating explosive plays, and that opens up the rest of their offense. They have done a good job this year of being balanced.”

River Ridge is 4-0 this season when rushing for more than 100 yards. The Knights have run for more than 160 yards in three of those games and have the county’s leading rusher, Amehre Morrison, with his 486 yards and six touchdowns.

However, Creekview (4-1, 1-1) has a strong rushing attack of its own. Tyler Stevens was dominant in the Grizzlies’ win over Sequoyah, rushing for 120 yards and a touchdown, while adding three catches for 56 yards in the passing game.

“I think that is where it starts,” Collins said. “We have to come out and stop the run, then establish the run ourselves. If we can do that, we will have a very good chance of winning. Finding a way to contain (Stevens) would be huge for us so we can make them one-dimensional, but I am sure they feel the same way.”

This is an important game for both teams as they jockey for position in the region standings, and Williams knows the Knights will not go down easily after losing last week.

As for his own team, Williams expects to see the same players step up. Stevens and quarterback Mason Hicks will be featured as they were against Sequoyah, though the defense may ultimately decide the outcome Friday.

“They are a really good football team, and we are going to have to play really well to come out with a win,” Williams said. “I know they will have their best foot forward after last Friday night, so we will have our hands full.”