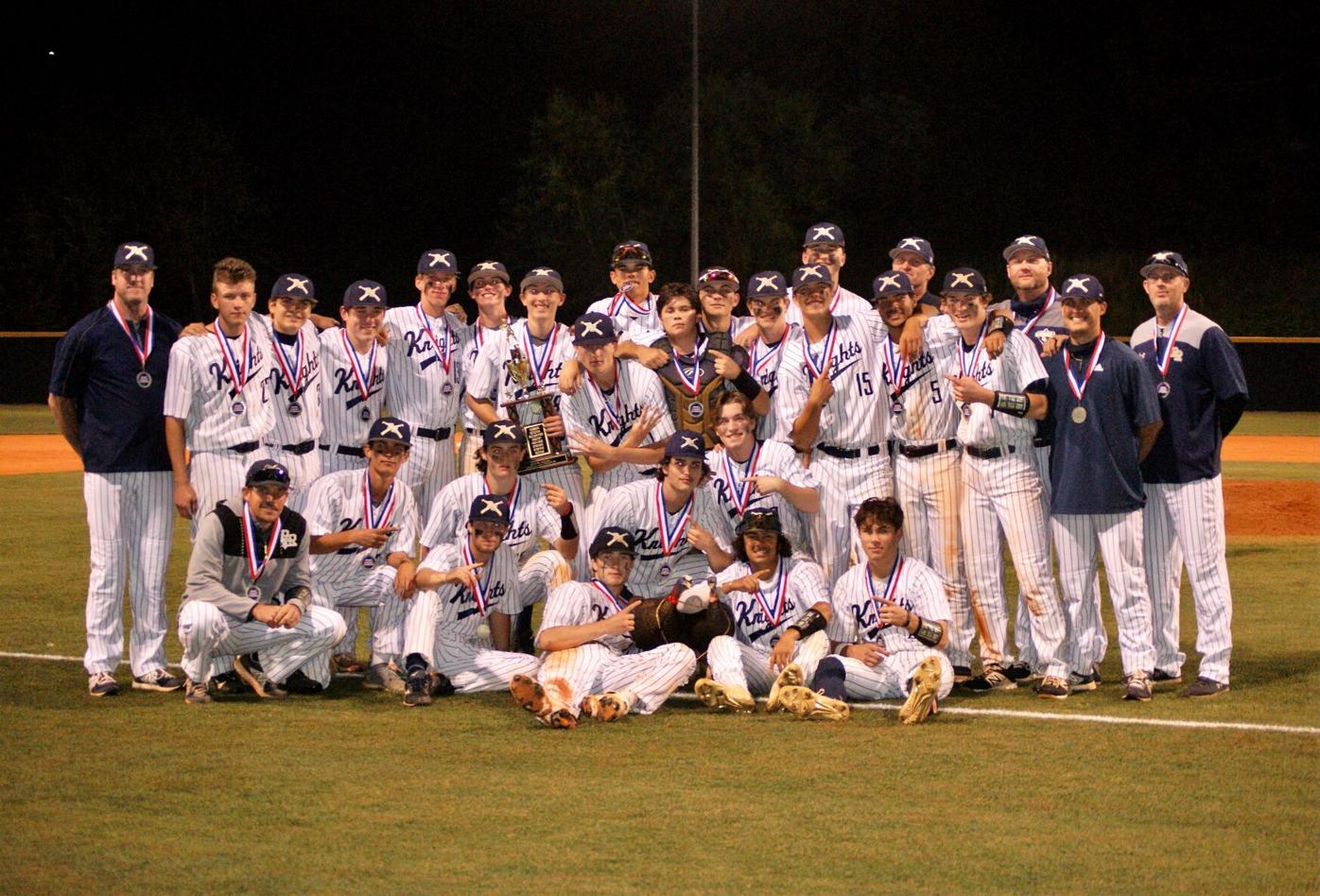 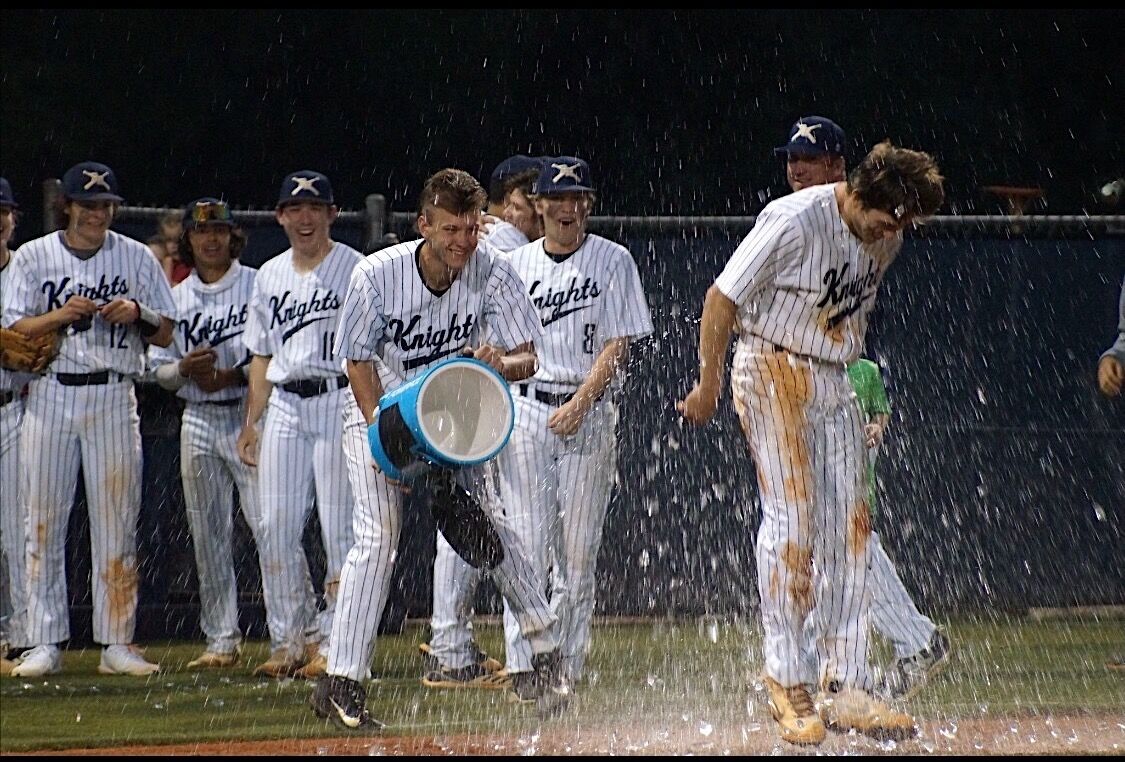 The boys celebrate a historic win over Riverwood.

The boys celebrate a historic win over Riverwood.

The shutout of the Raiders allowed the Knights to clinch the Region 7AAAAAA championship.

“All year, this team has risen to the occasion,” River Ridge coach Scott Bradley said. “I believe we have 13 wins this year by two or fewer runs, and seven of those were come-from-behind wins. This group doesn’t panic, and they thrive in tough situations.”

The performances from pitchers Andrew Neubert and Hunter Ward were key factors in the win for River Ridge. Neubert and Ward pitched a combined seven innings of shutout baseball, with Neubert striking out 10 and allowing four hits in six innings.

“Neubert has been having a great year for us on the mound,” Bradley said. “He is a competitor and gives us a chance to win every time out. He was dominant against Riverwood last week in the game that clinched the region. We could not have asked for anything better from him.”

Offensively, River Ridge came out of the gate early, scoring the first run of the game in the first inning off of a base hit from right fielder Taylor Harris. The Knights followed a consistent hitting attack for the duration of the game, leading them to seven runs scored on six hits. They also showed patience, drawing five walks.

“It’s really special to know that we were able to win one for coach Bradley in his last year here at River Ridge, and that even with all the great past baseball teams at River Ridge, we were the first to ever win the region,” Herrick said.

River Ridge (22-5, 17-2), which beat Sequoyah on 1-0, will finish off the season with two more games against the Chiefs before switching gears to postseason play.

The Knights’ first playoff game will be next Thursday, with the opponent yet to be determined.

“Winning the region and getting the chance to host the first round of playoffs is exciting, but our kids’ heads are down and we are focused on the next one,” Bradley said.