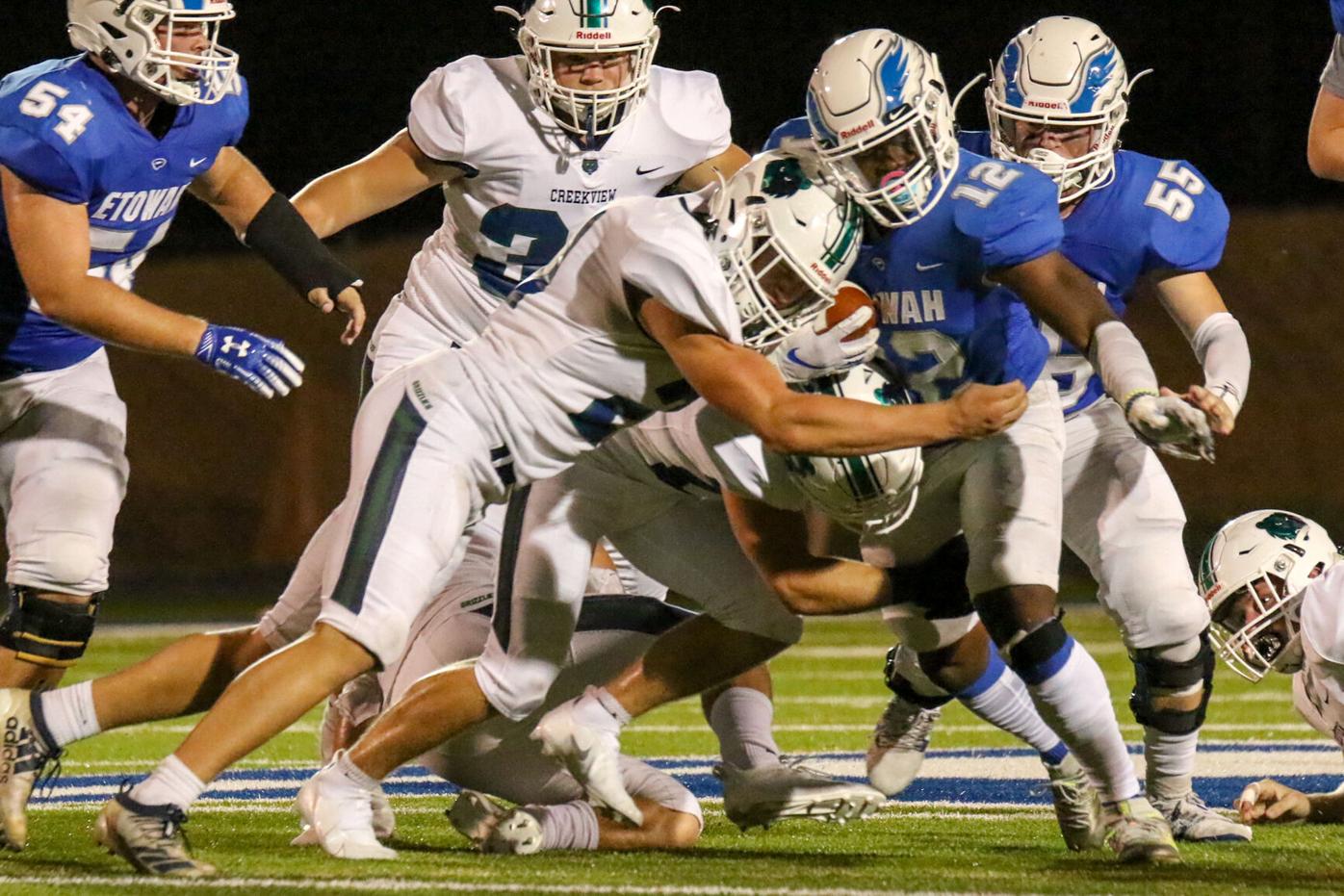 Klivert Many paced the Etowah running game against Creekview, and he will be depended on this week against Forsyth Central. 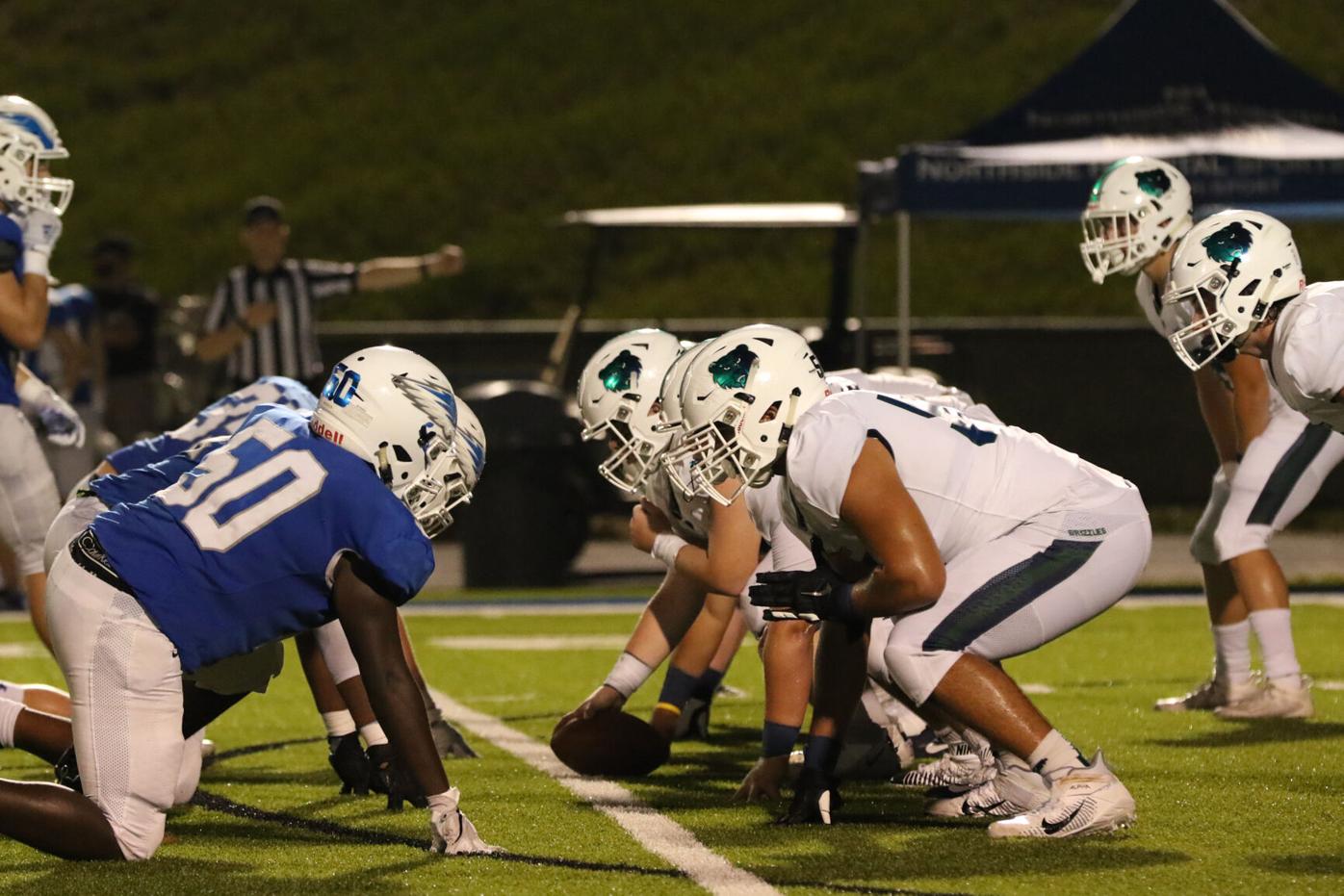 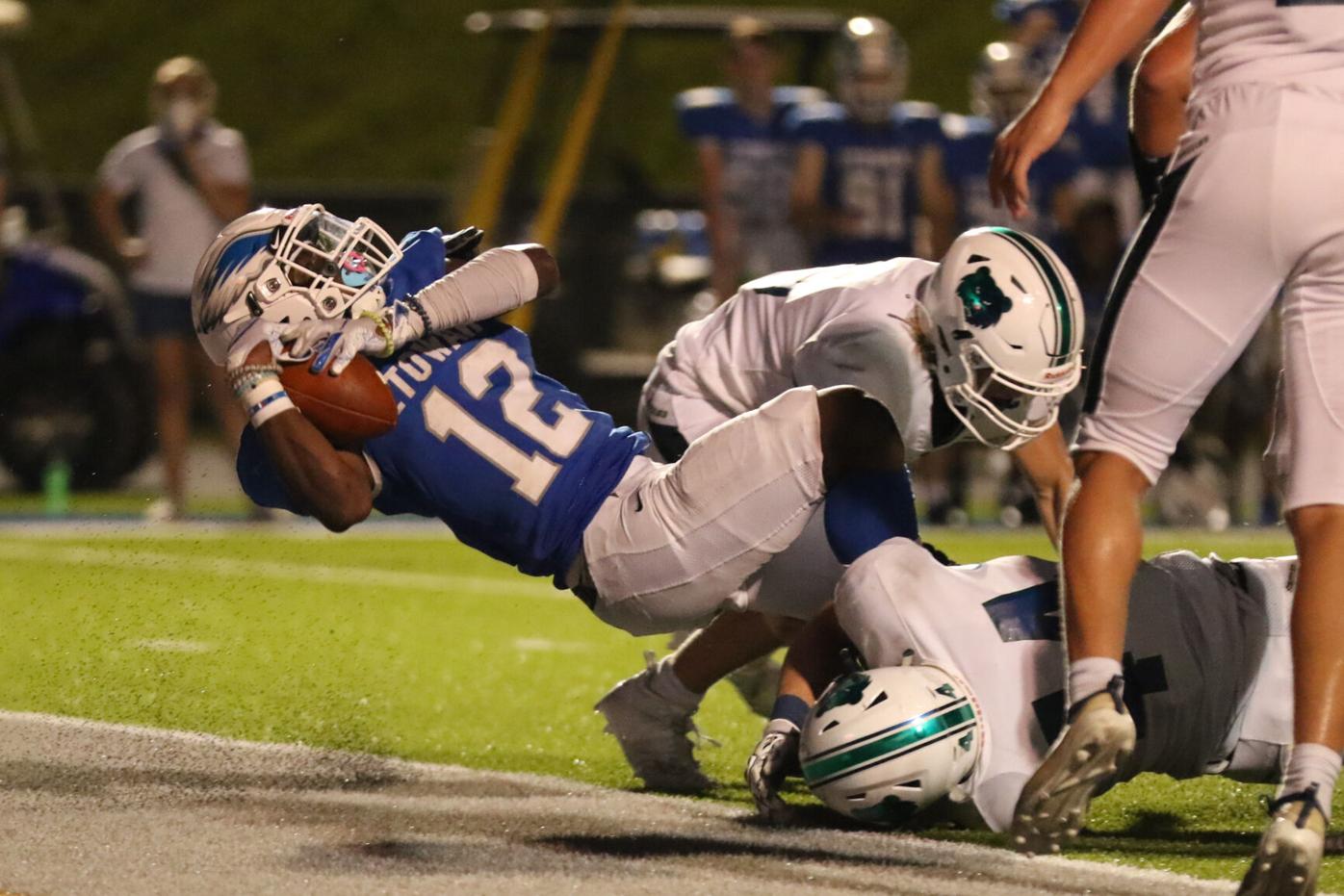 Klivert Many spins in for the TD 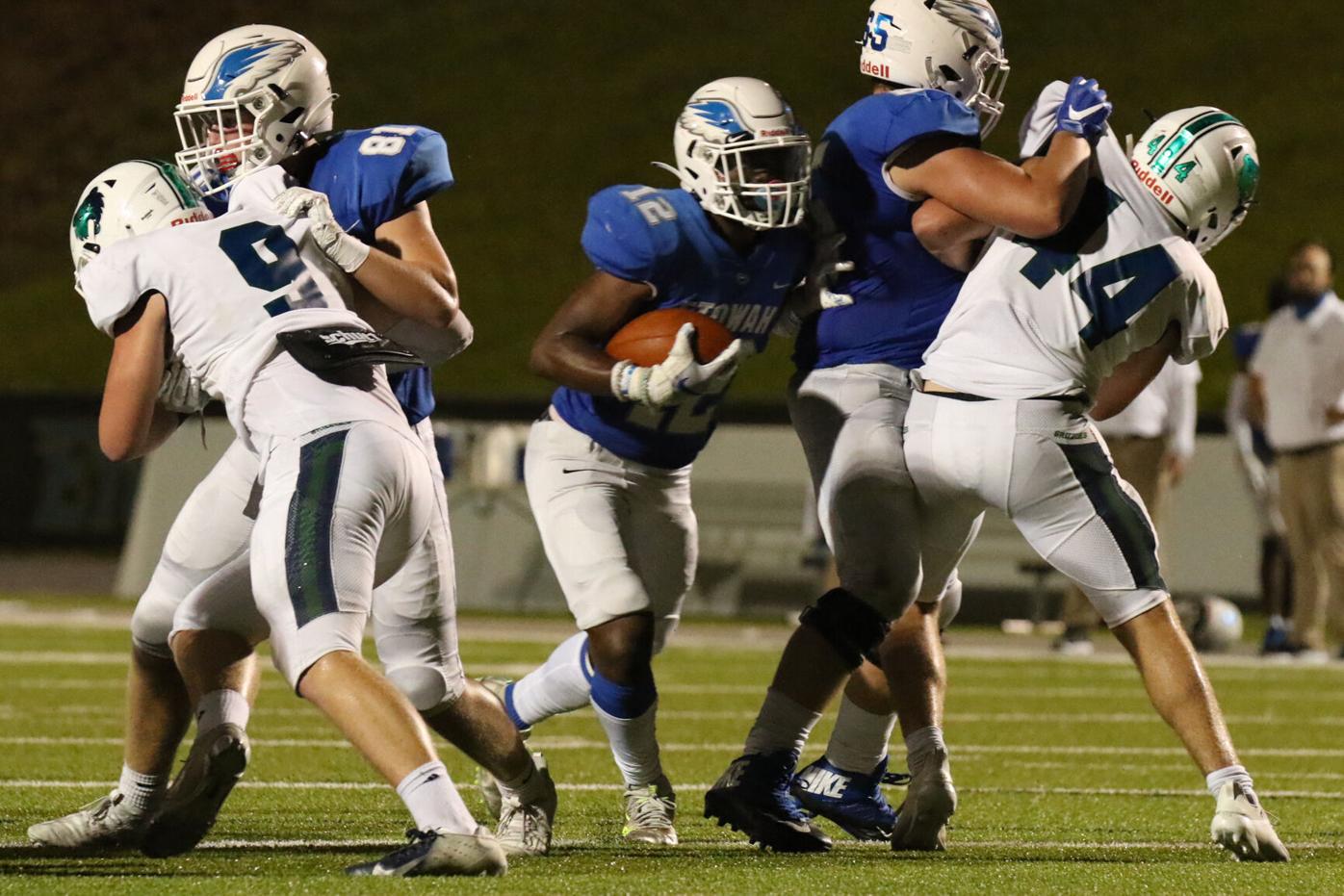 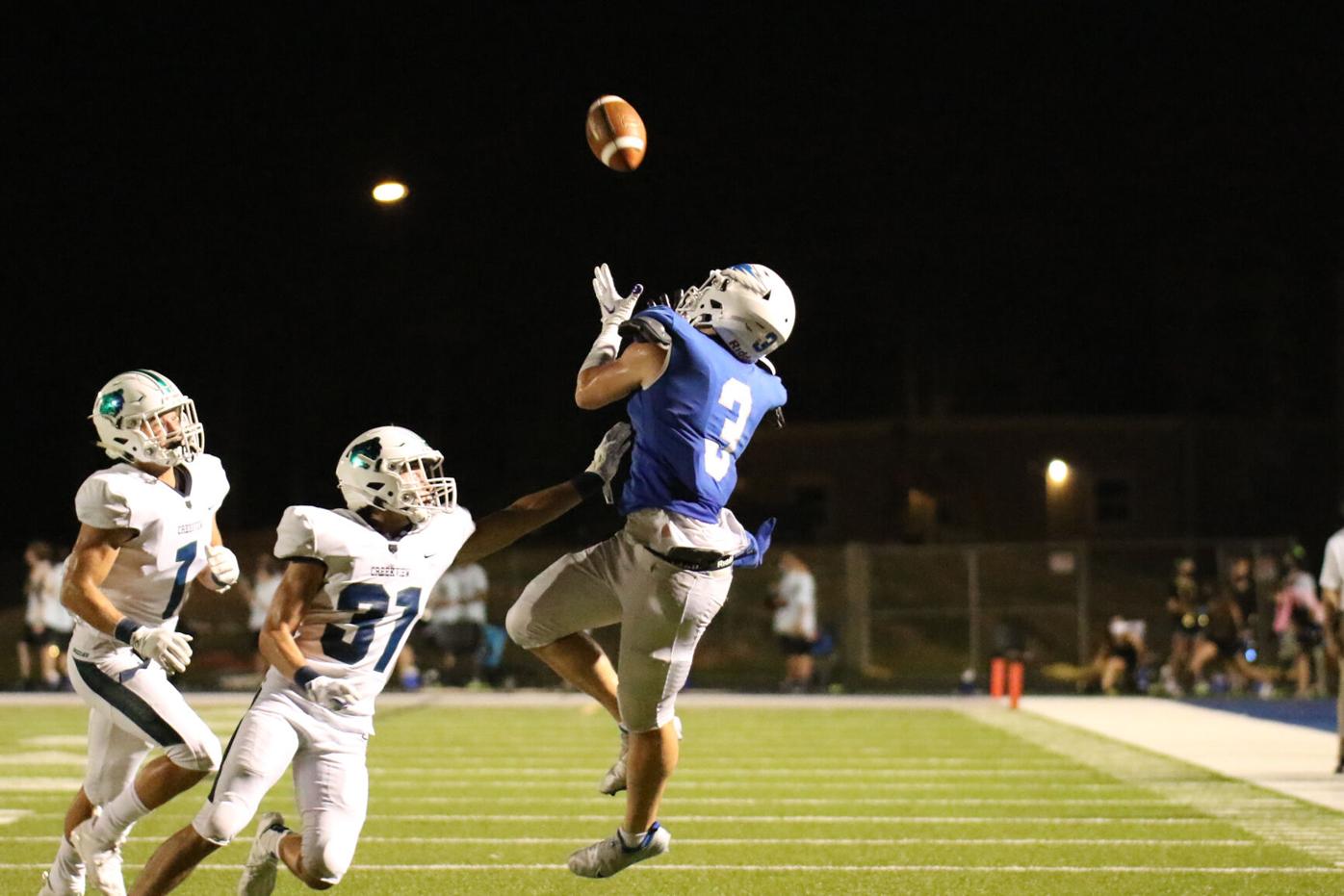 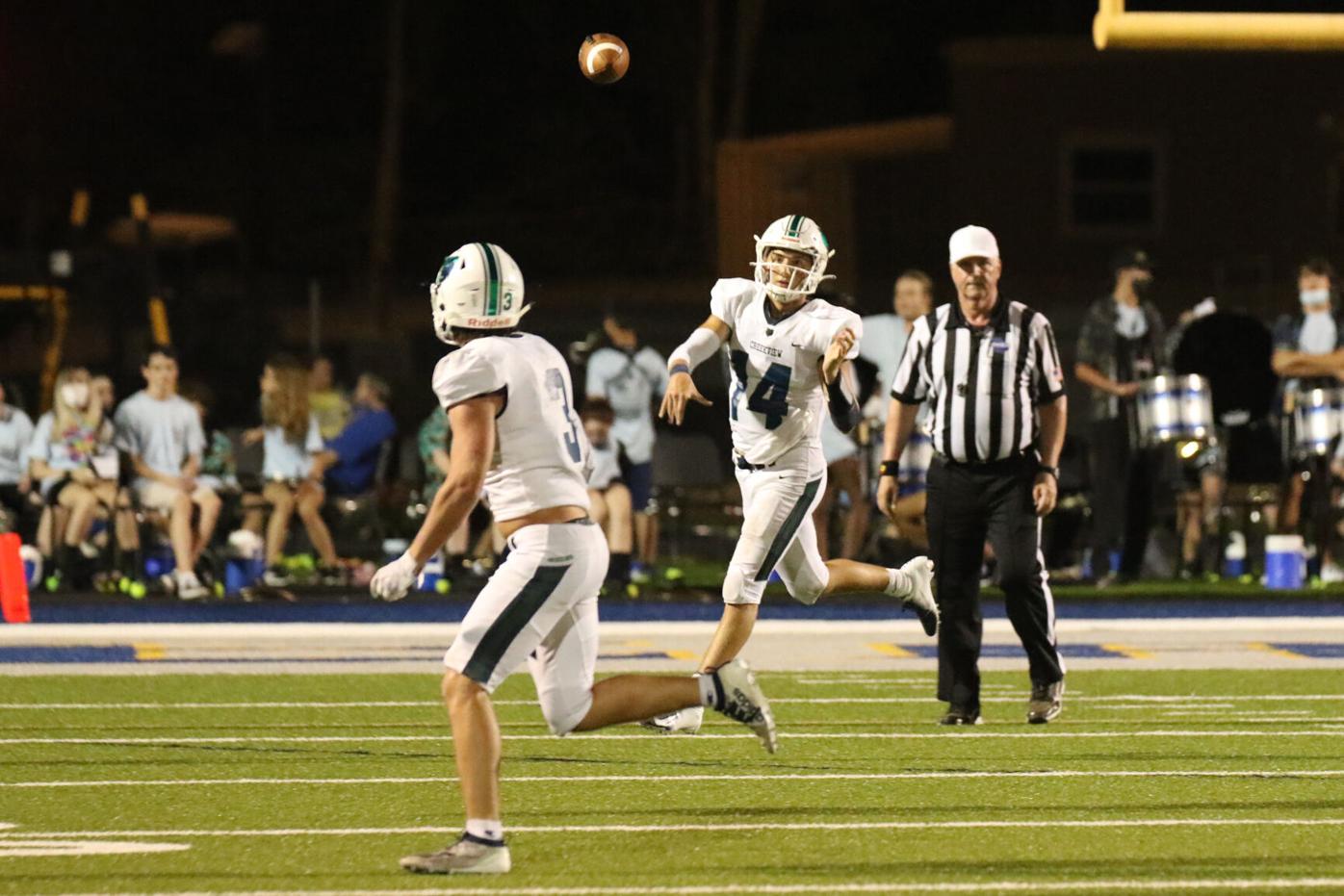 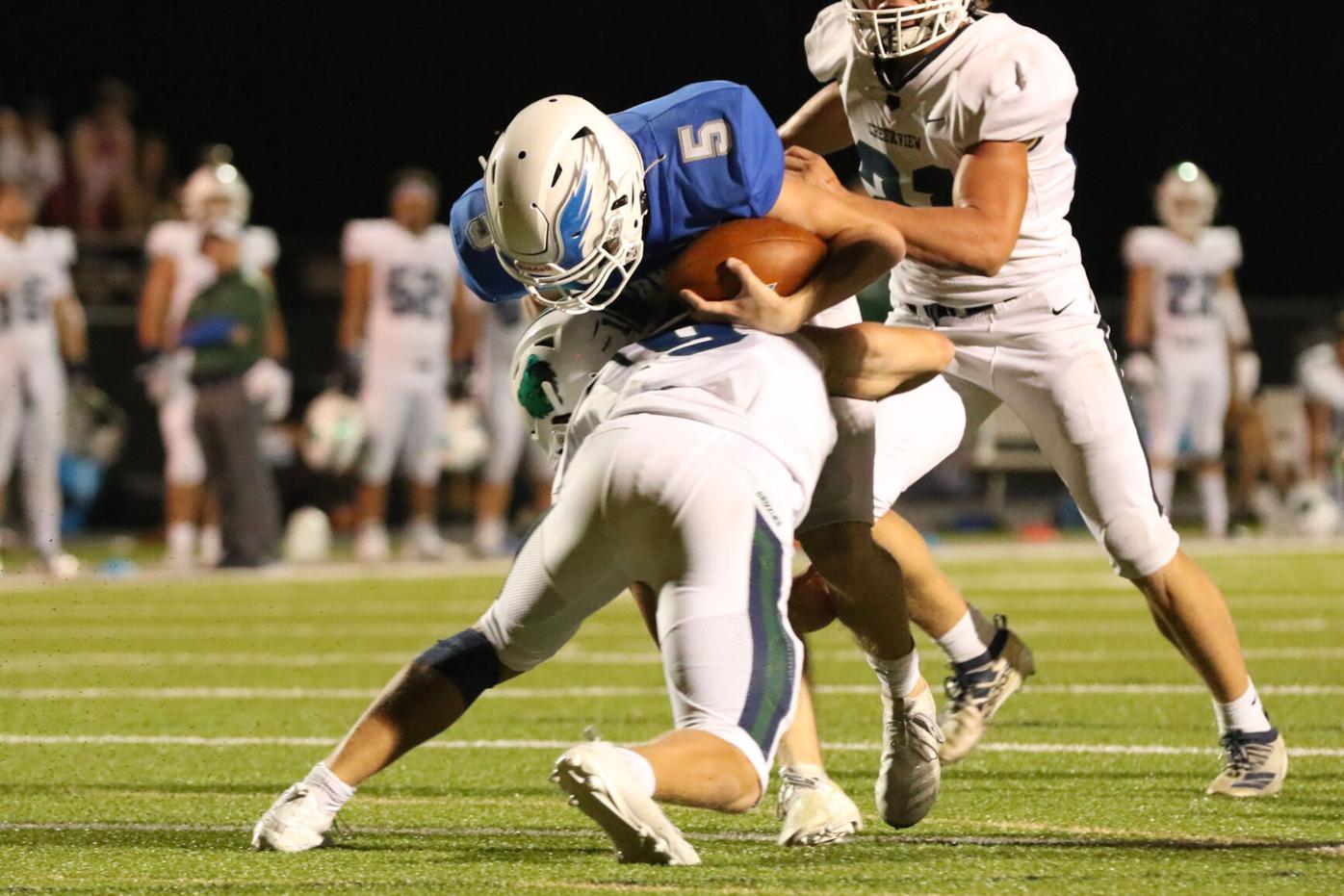 Grizzlies Ty Hubert with the hit on Etowah's Braden Bohannon 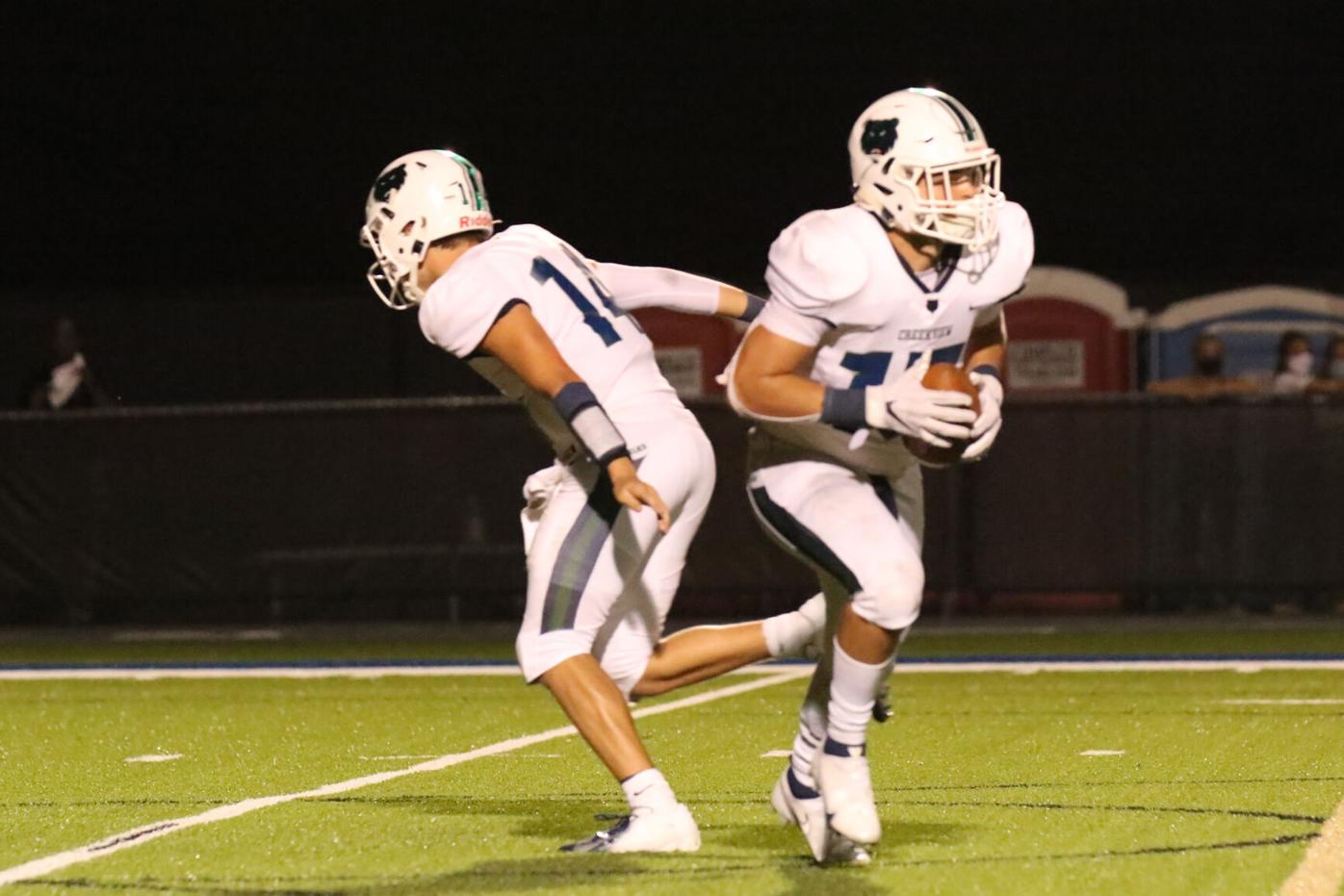 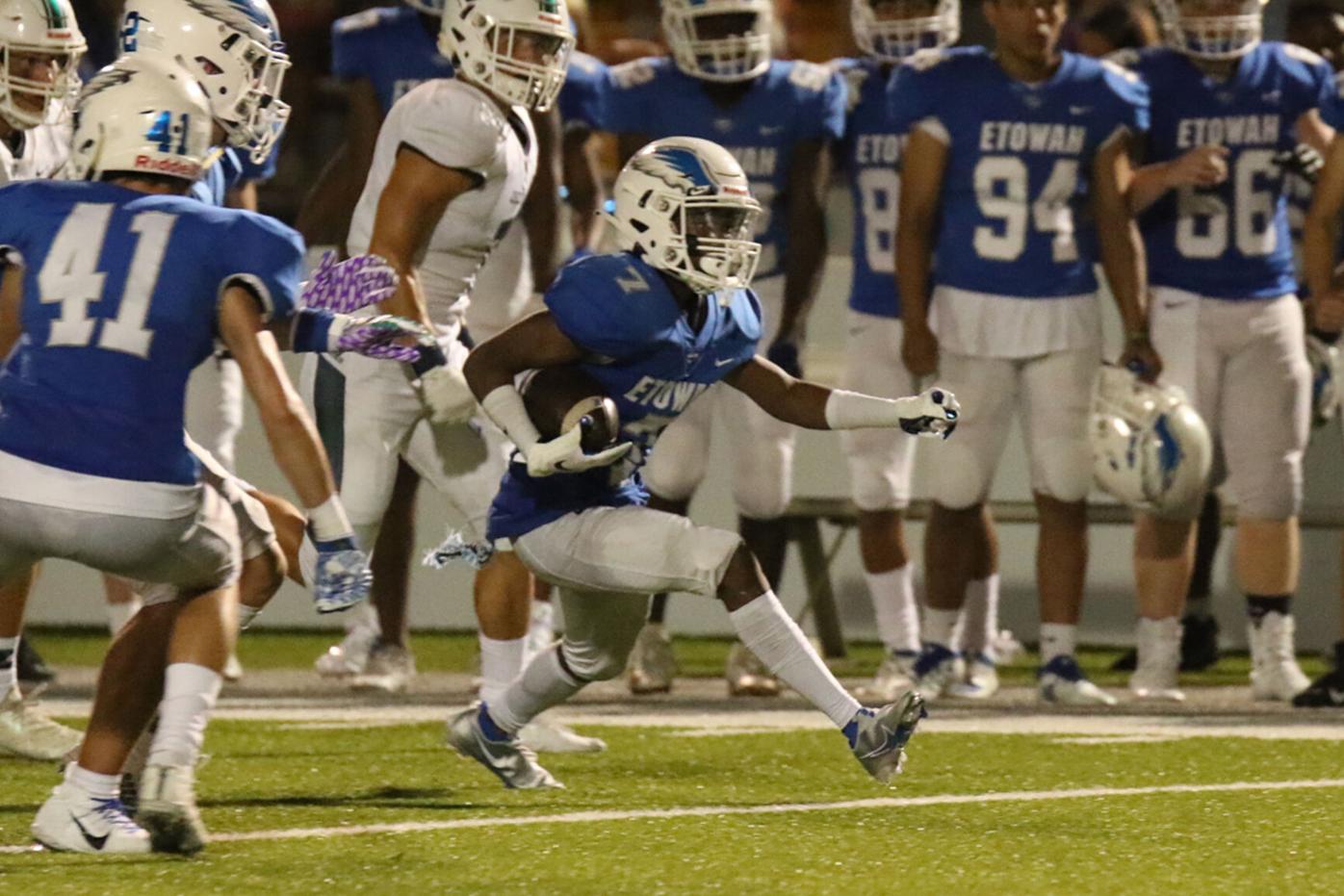 Trevor Fair carries for the Eagles 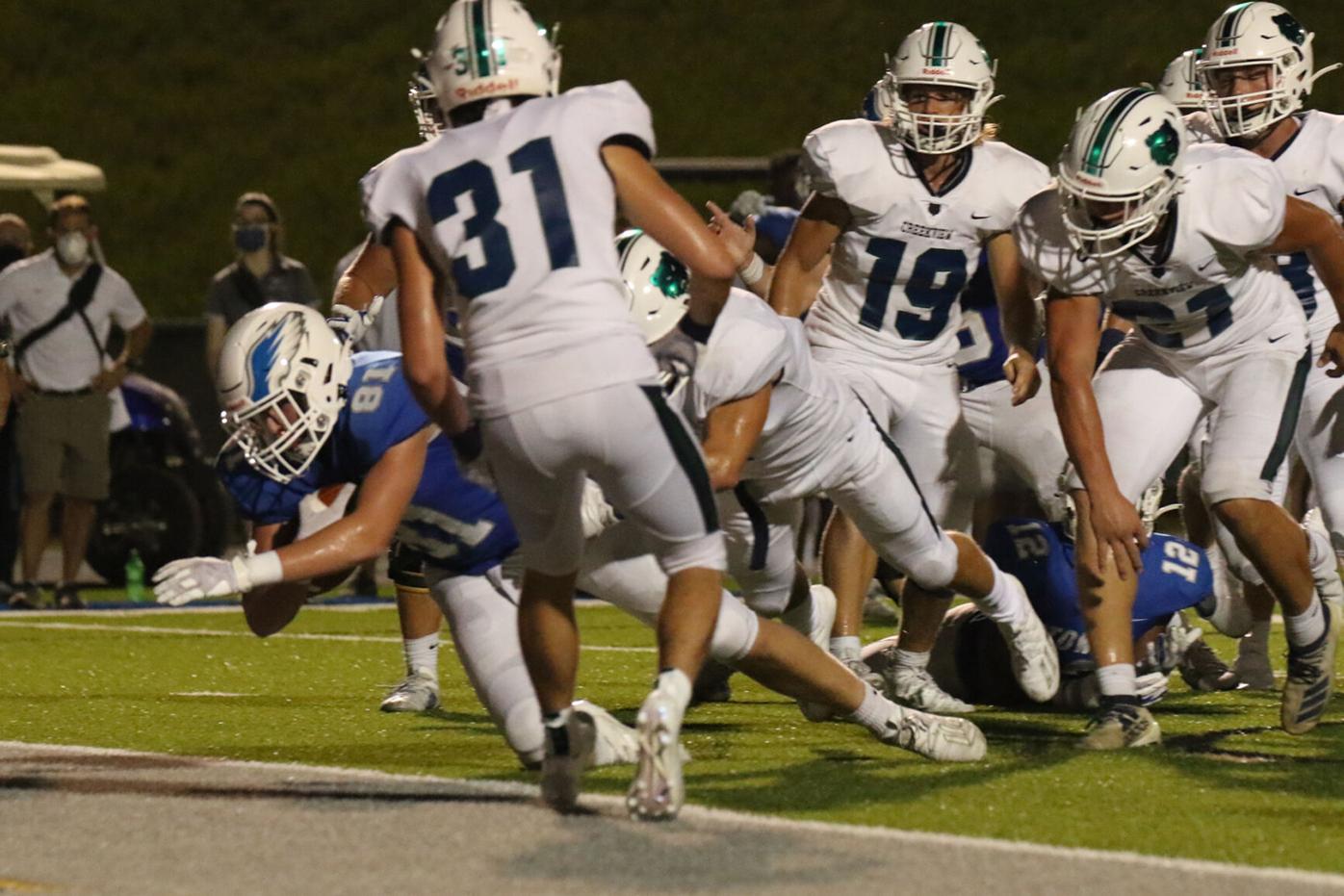 Tyler Catton stretches for the goal line but just short 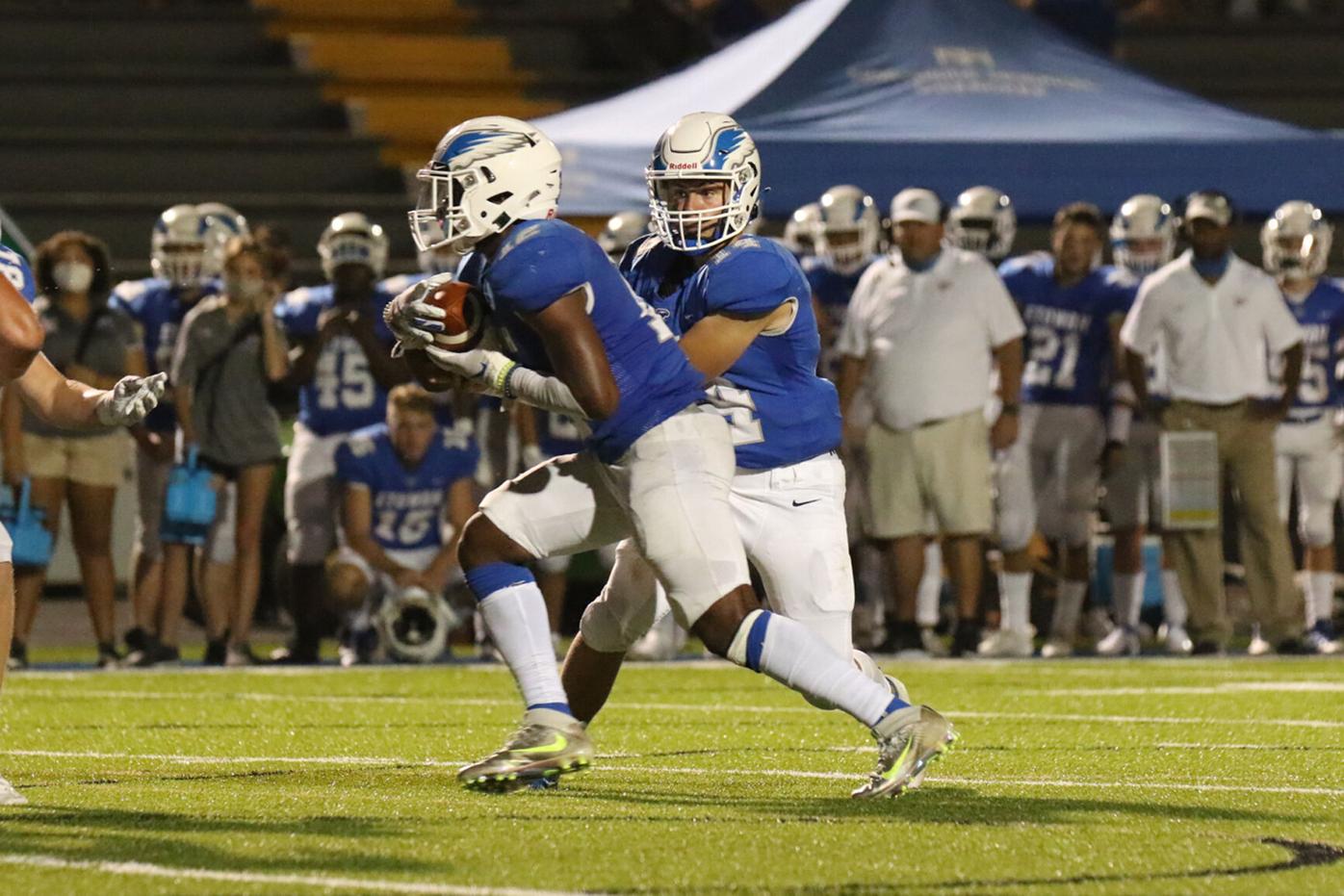 Will Curcio hands off to Klivert Many 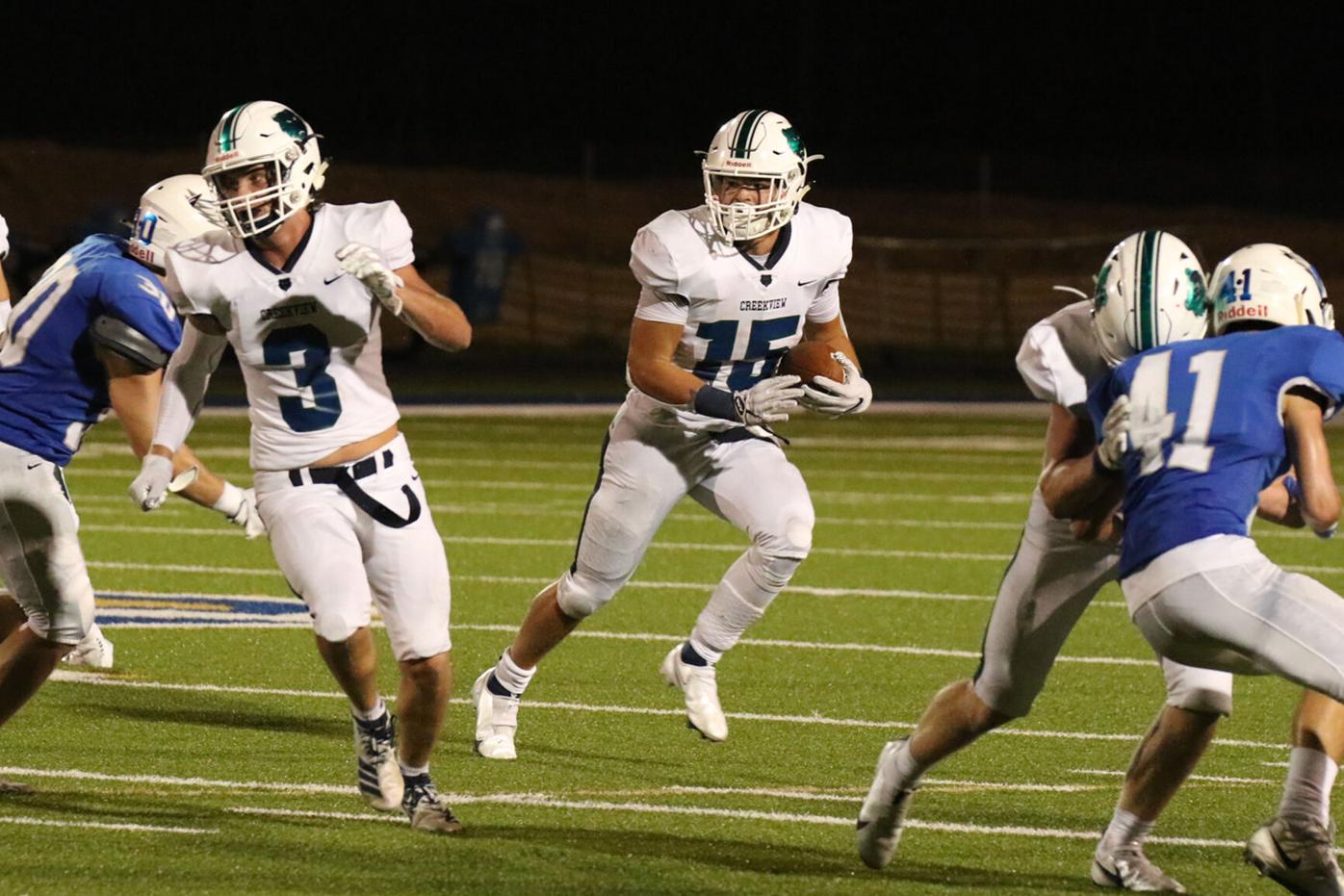 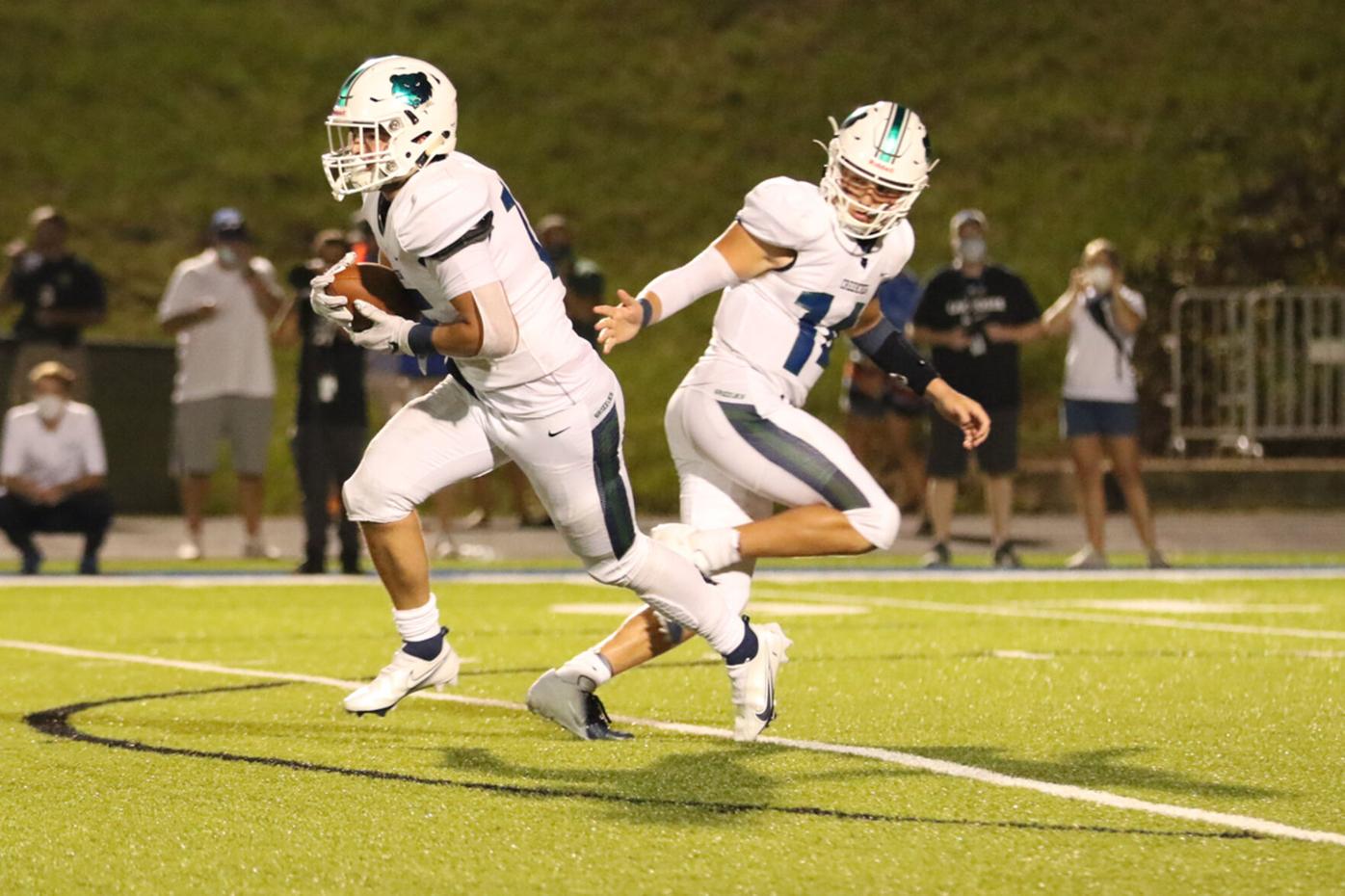 Klivert Many paced the Etowah running game against Creekview, and he will be depended on this week against Forsyth Central.

Klivert Many spins in for the TD

Grizzlies Ty Hubert with the hit on Etowah's Braden Bohannon

Trevor Fair carries for the Eagles

Tyler Catton stretches for the goal line but just short

Will Curcio hands off to Klivert Many

WOODSTOCK — It took a perfectly executed play in the final moments to decide the first meeting between two of Cherokee County's most successful programs.

Creekview went on the road to beat Etowah 14-13 in both teams' season opener, and it was senior running back Tyler Stevens who led the fourth-quarter comeback.

Trailing 13-7 with 6 minutes remaining, Creekview (1-0) took the ball on its own 20-yard line and marched the length of the field to score in with 6 seconds remaining.

Facing a third-and-goal from the 6-yard line with 14 seconds left, senior quarterback Brody Rhodes rolled out of the pocket to his right and threw back across the field to Stevens, who was escorted by a convoy of Creekview blockers into the end zone for the game-tying touchdown.

After Dawson Currie connected on the extra point to put the Grizzlies on top, a squib kick was downed at the 36-yard line. Etowah’s final pass fell incomplete, and Creekview celebrated its come-from-behind victory.

“Well, we waited 10 months, and it was a good one,” Creekview coach Trevor Williams said. “Our offensive coordinator, Jake Martin, made an unbelievable call. The game plan all along was to establish the run and be physical up front. That was the game plan, and then we were able to make that call at the end because they were flowing so hard to the run game.”

Stevens finished with a game-high 24 carries for 105 yards on the ground, and his lone reception ended up being the game-winner. Twice on the 17-play final drive, Creekview converted fourth downs with runs by Rhodes and Stevens.

Stevens said he knew it was the perfect setup midway through the final play.

“Just a phenomenal play-call,” the senior said. “As soon as I saw everyone drifting right, I knew it was the right call. This whole team has just grinded more than anyone in the state. We have a family bond like no one else, and it's so nice to be rewarded with this.”

The game was highlighted by two aggressive defenses which left few options for the opposing offenses.

Creekview outgained Etowah 174-145 as both passing games struggled to find a rhythm throughout the contest.

Creekview junior A.J. Vaccaro scored the opening points of the game when he plunged in from 3 yards out early in the second quarter.

The score remained 7-0 at halftime until Etowah sophomore Carson Allen connected on a 39-yard field goal late in the third quarter to open the scoring for the Eagles (0-1). The Grizzlies maintained ball control in the first half, but the momentum seemed to switch to the home side as the game progressed.

On a short field to open the fourth quarter, Etowah took its next possession 26 yards for a score when Klivert Many found the end zone from 1 yard out. It was Many’s eighth consecutive carry, and the senior finished with a team-high 16 carries for 33 yards.

Allen added another 43-yard field goal to extend Etowah’s lead to 13-7 with 7:03 remaining to play, but the Grizzlies used up nearly the entirety of the remaining time and made the most of their final offensive snap.

“I’m just proud of how resilient these guys are,” Williams said. “Just that they were able to stick it out throughout the pandemic, the virtual meetings, the small-group workouts, and to still develop that chemistry and love for each other. I think it showed because you don’t make a play like that unless you love each other.”

Creekview will be off next week before returning to Towne Lake to play at Woodstock on Sept. 18. Etowah will play at Forsyth Central next Friday.