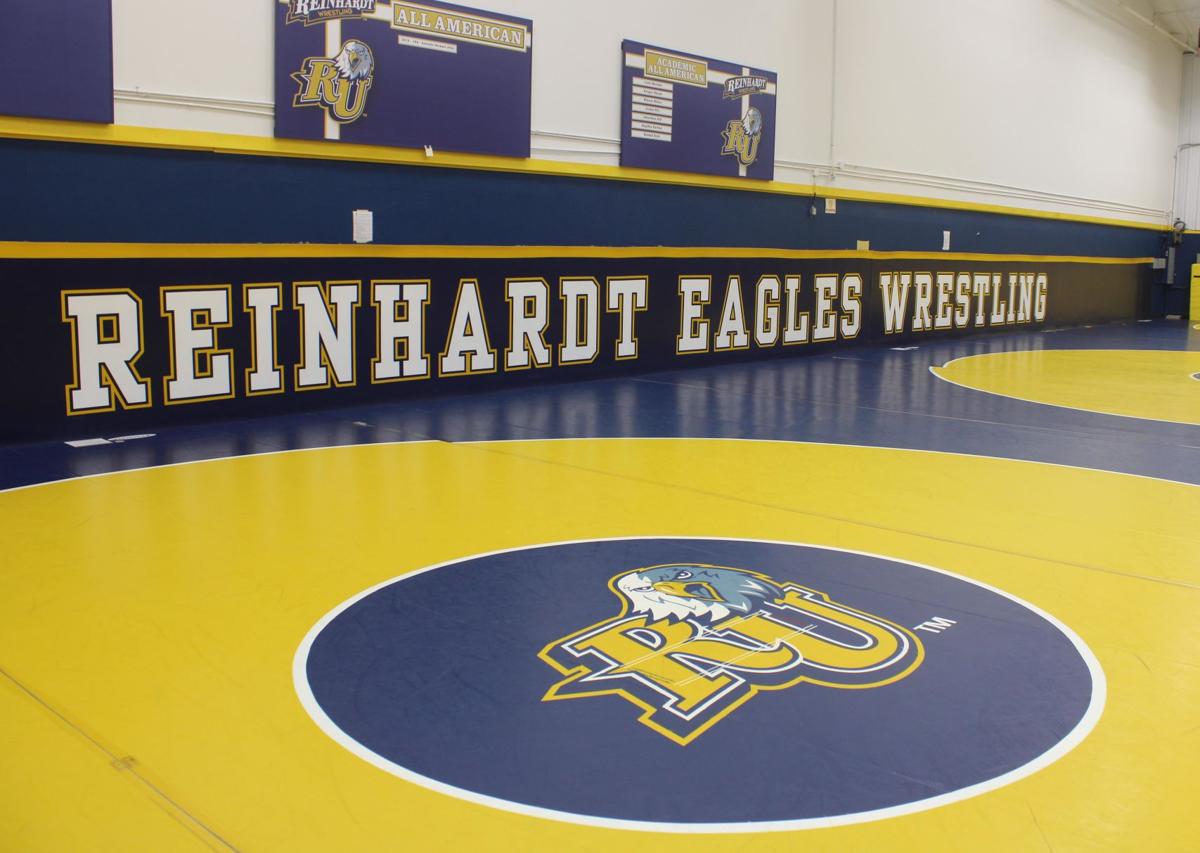 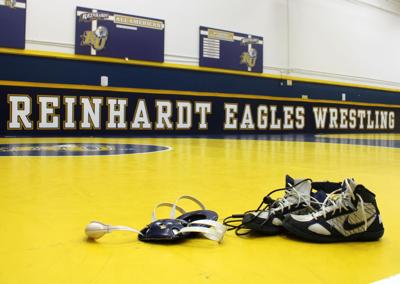 WALESKA — The philosophy of iron sharpening iron will surely be tested at Reinhardt this season.

In the wrestling program’s third year of existence, Reinhardt coach Jeff Bedard led the team to a final ranking of No. 5 in the NAIA. Now entering year No. 4, Bedard said he expects even better results.

“We sat through some butt-whoopings that first year,” Bedard said. “It’s totally different now compared to where it was three years ago. If we stay healthy, with the guys that we got, we should bring home a trophy. To be honest, I’ll be upset if we don’t.”

The top four teams at the NAIA championships receive a trophy, and by finishing fifth last season, Reinhardt fell one spot short. Bedard said last season’s finish served as motivation during the offseason.

“We don’t want to feel that again,” Bedard said. “I truly think, if we get our 12 best guys to the national tournament, I think we can finish top-four and make a serious push for a national title.”

The Eagles have won the Appalachian Athletic Conference each of the last two seasons and have increased the number of wrestlers to qualify for nationals in each season under Bedard. Last season, 11 Reinhardt wrestlers competed, and Bedard was named the NAIA Coach of the Year.

“Our biggest asset is our conditioning,” Bedard said. “My guys are going to wrestle hard for seven minutes because, if they don’t, they’re not going to be in the lineup. The way we train and push them is a little bit different than most NAIA schools.”

Bedard, whose personal resume includes competing in U.S. Olympic qualifiers along with winning multiple international titles, will be joined this season by assistant coach Matt Moley, who was a two-time NCAA Division I All-American at Bloomsburg University in Pennsylvania.

Bedard said the 31-year-old Moley will be able to help push a few of the wrestlers in ways he is unable to anymore.

“I can wrestle maybe once or twice a week. I’m pushing 50,” Bedard said. “I don’t go up the weight classes like I used to when I was younger, but (Moley) can wrestle everybody in the lineup, and beat them.”

Reinhardt, which began practice last week, will begin the season Nov. 2 at the Georgia Open at Emmanuel College in Franklin Springs. Bedard said the Eagles’ schedule will be full of high-level competition, including matches against NCAA Division I North Carolina State along with tournaments in Ohio, Kentucky and Missouri.

Bedard said the scheduling of higher-level competition was not by mistake.

“Our schedule is brutal,” Bedard said. “I want to wrestle the best guys. It’s all geared toward getting the guys ready for the end of the season, to win national titles and become All-Americans. I truly believe that’s why we did so well last season, because our guys got there and had already faced top-10 Division I programs.”

The addition of several transfers and freshmen has also ramped up the competition at practice.

Bryce Davis (133), Trent Leon (141) and Nolan Saxton (157) transferred into the program and all could push for starting positions acccording to Bedard. For Davis, a three-time state champion at Creekview, the return is a homecoming of sorts after spending two years at Ashland University in Ohio.

With a little more than one month before the start of the season, the optimism is high for Bedard. More will be expected from the wrestlers who hope to start, and Bedard said that is the way it’s supposed to be.

“If you’re going to be successful, it’s going to require a lot of work, especially in a combat sport,” Bedard said. “You have to train a certain way to be that good. That’s how we’re training with these guys right now and, hopefully, we see some of that hard work pay off.”