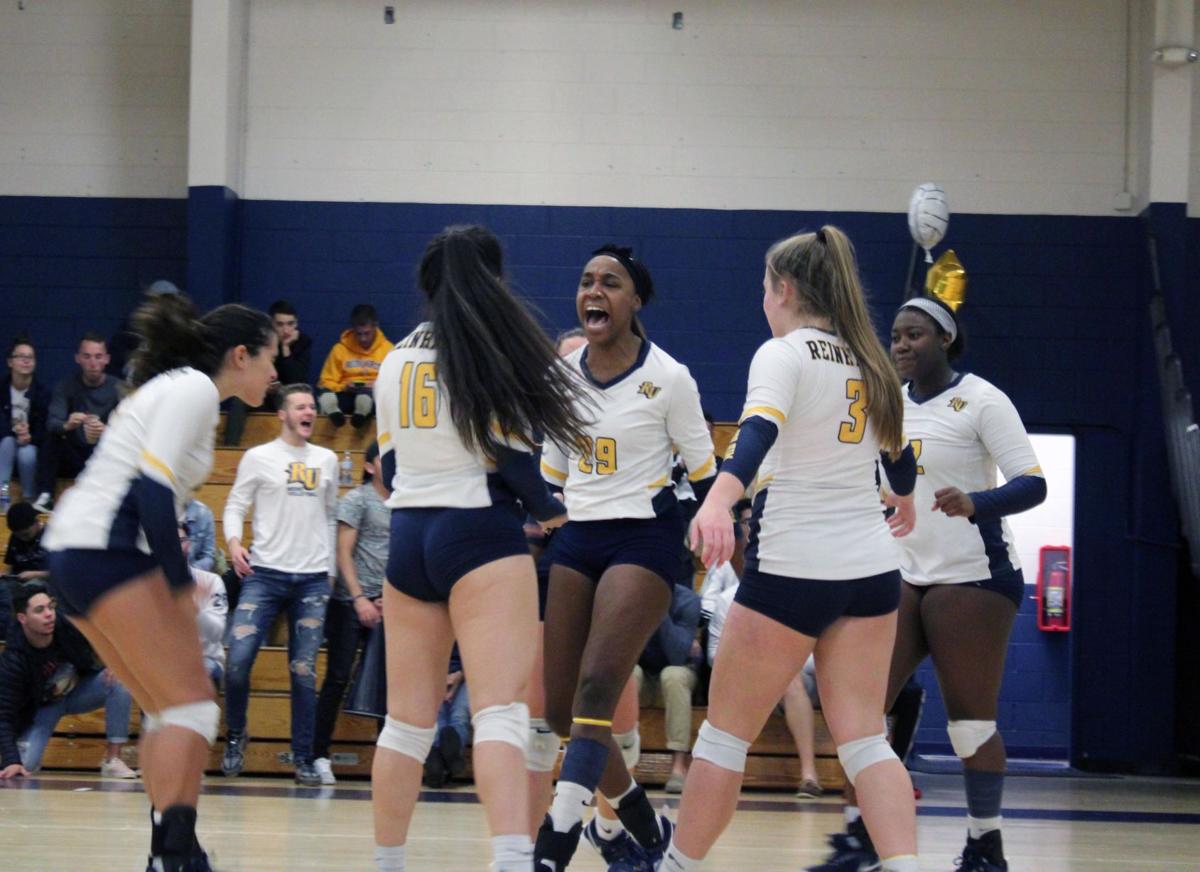 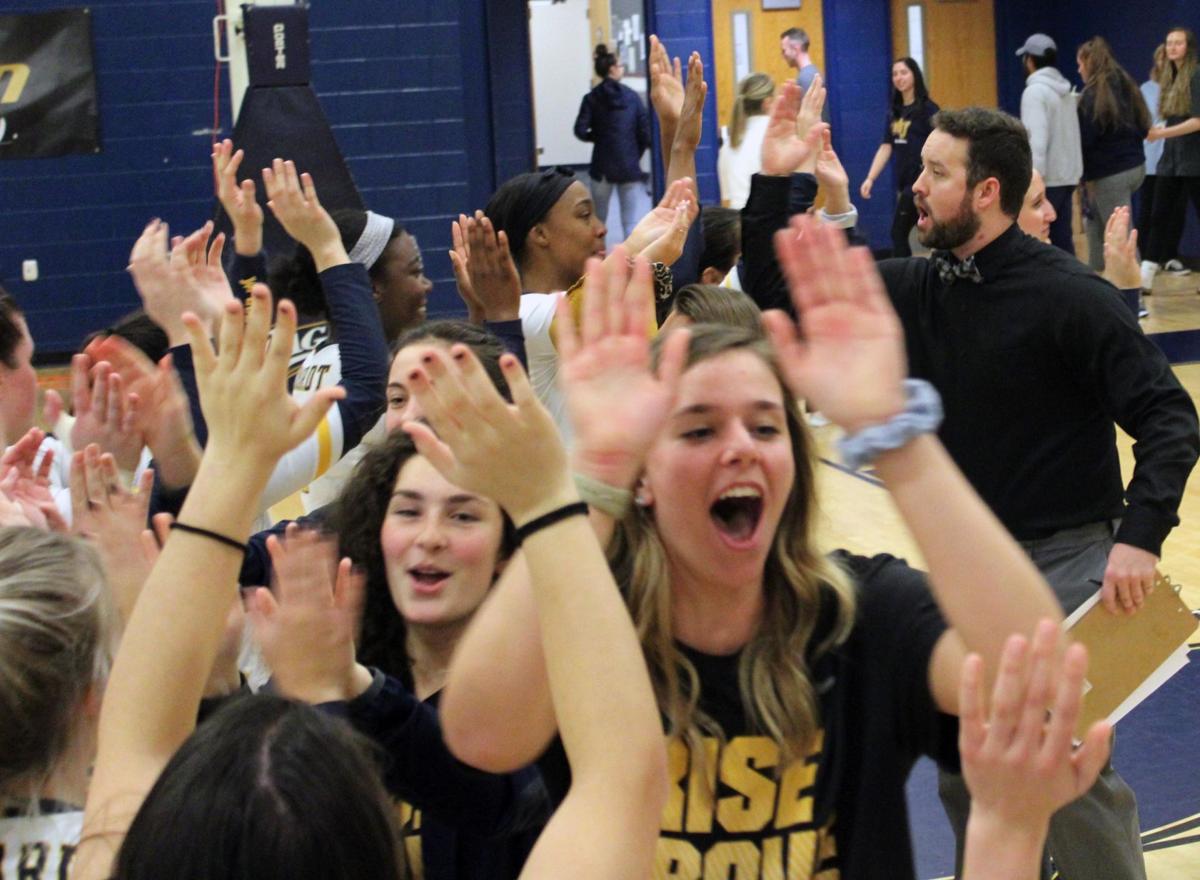 Reinhardt players celebrate with fans following the Lady Eagles Opening Round victory over Florida Memorial University on Saturday in Waleska. 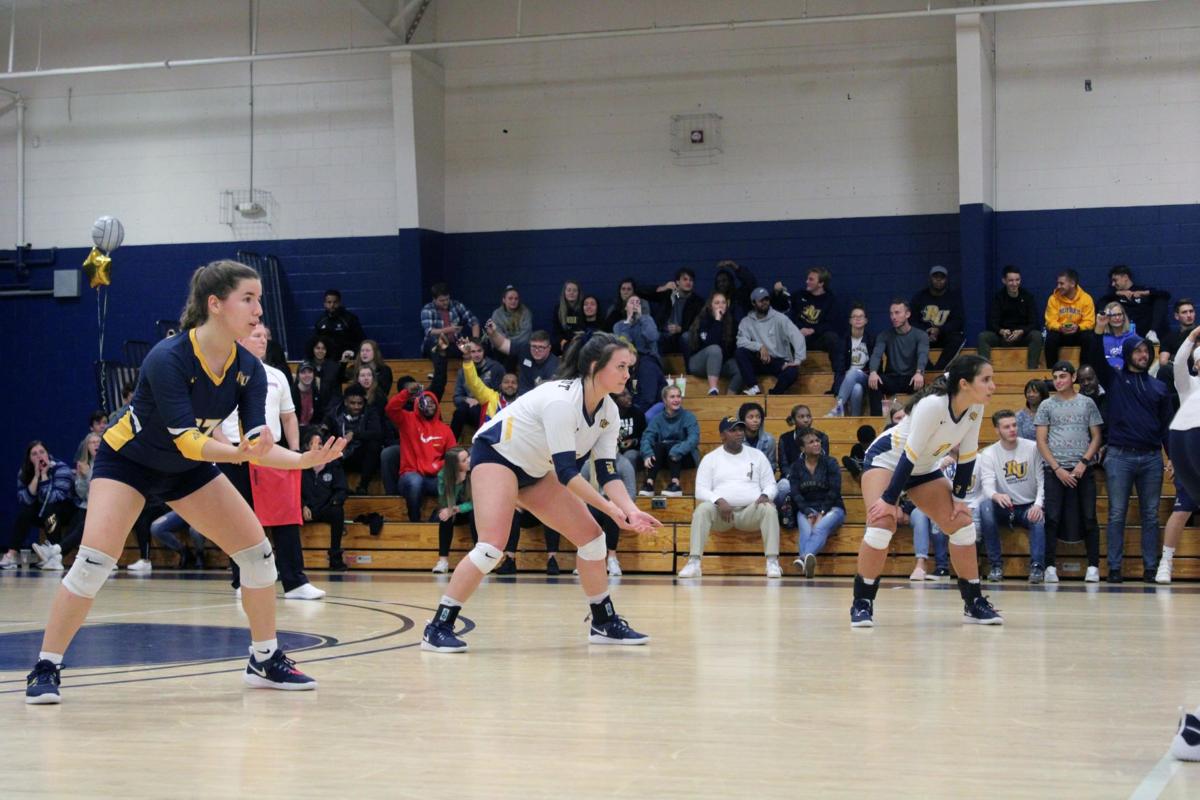 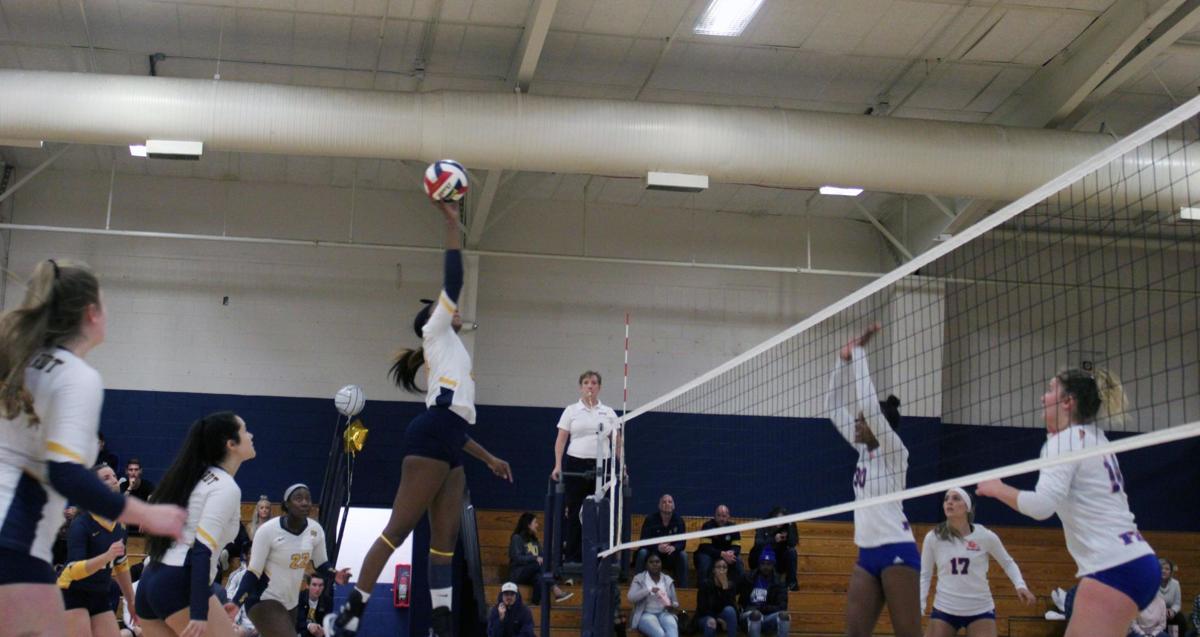 Reinhardt senior Shadaisha Summerall rises for a spike during Reinhardt's victory on Saturday in Waleska. 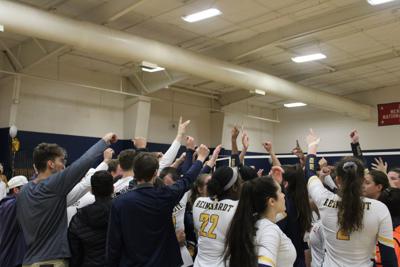 Reinhardt players celebrate with fans following the Lady Eagles Opening Round victory over Florida Memorial University on Saturday in Waleska.

Reinhardt senior Shadaisha Summerall rises for a spike during Reinhardt's victory on Saturday in Waleska.

WALESKA — For the second time in team history, Reinhardt’s volleyball program is headed to the second round of the NAIA tournament.

The No. 24 Eagles beat Florida Memorial 25-20, 26-24, 25-19 on Saturday, marking the 27th straight victory for the Appalachian Athletic Conference champion.

Reinhardt (33-2) will travel to Sioux City, Iowa, to begin the pool-play portion of the tournament Dec. 3.

“I feel really blessed because I have a lot of respect for Florida Memorial,” said Reinhardt coach Brian Goodhind, who has led the team to the NAIA tournament twice in his three years at the helm. “It’s just crazy to blink from 2017 to now. It’s hard to put into words right now.”

The win did not come easy for Reinhardt, but Goodhind said this year’s group seems to have a knack for coming from behind.

Florida Memorial (22-11) took a 7-3 lead in the first set before Reinhardt rallied and tied the match 8-8 on Cheetara Bing’s spike.

The Lady Eagles trailed again 17-15 when Goodhind called a timeout to refocus his players. Senior Tessa Holden, who finished with seven kills and eight digs, connected with a spike on the following play and Reinhardt retook control to win the first set.

The second set saw eight ties between the teams, and it looked as if Florida Memorial was primed to take the set, leading 24-21. Goodhind, however, called another timeout and, again, it worked. The Lady Eagles rallied, claiming the next five points to take the set.

“Every year is different, but, this year, every time we’ve been in adverse situation, the girls somehow don’t lose their way. We’ve probably done that five times this year, where, somehow, our girls pull off a set where you don’t think they can win.”

Florida Memorial was unable to regain the momentum it lost due to Reinhardt’s second-set comeback and fell in the third set.

Reinhardt players celebrated with fans on the court following the final point as the team officially punched its ticket as one of the final 32 teams in the NAIA.

Marroquin and Goodhind said setter Mar Vives was integral in the second-set comeback, as the junior finished with nine assists, seven digs and two aces.

“We just really trust each other and all believed we were going to win that set,” Vives said. “We were really looking forward to this match today and having the opportunity to go to Iowa. This has been one of the greatest seasons for me personally and for this program.

“I think we deserve this win, deserve to be champions of our conference, and deserve to go to Iowa. We’ll be in front of the greatest teams in the country now, but we’re really confident in ourselves. I’m so excited and really looking forward to it.”