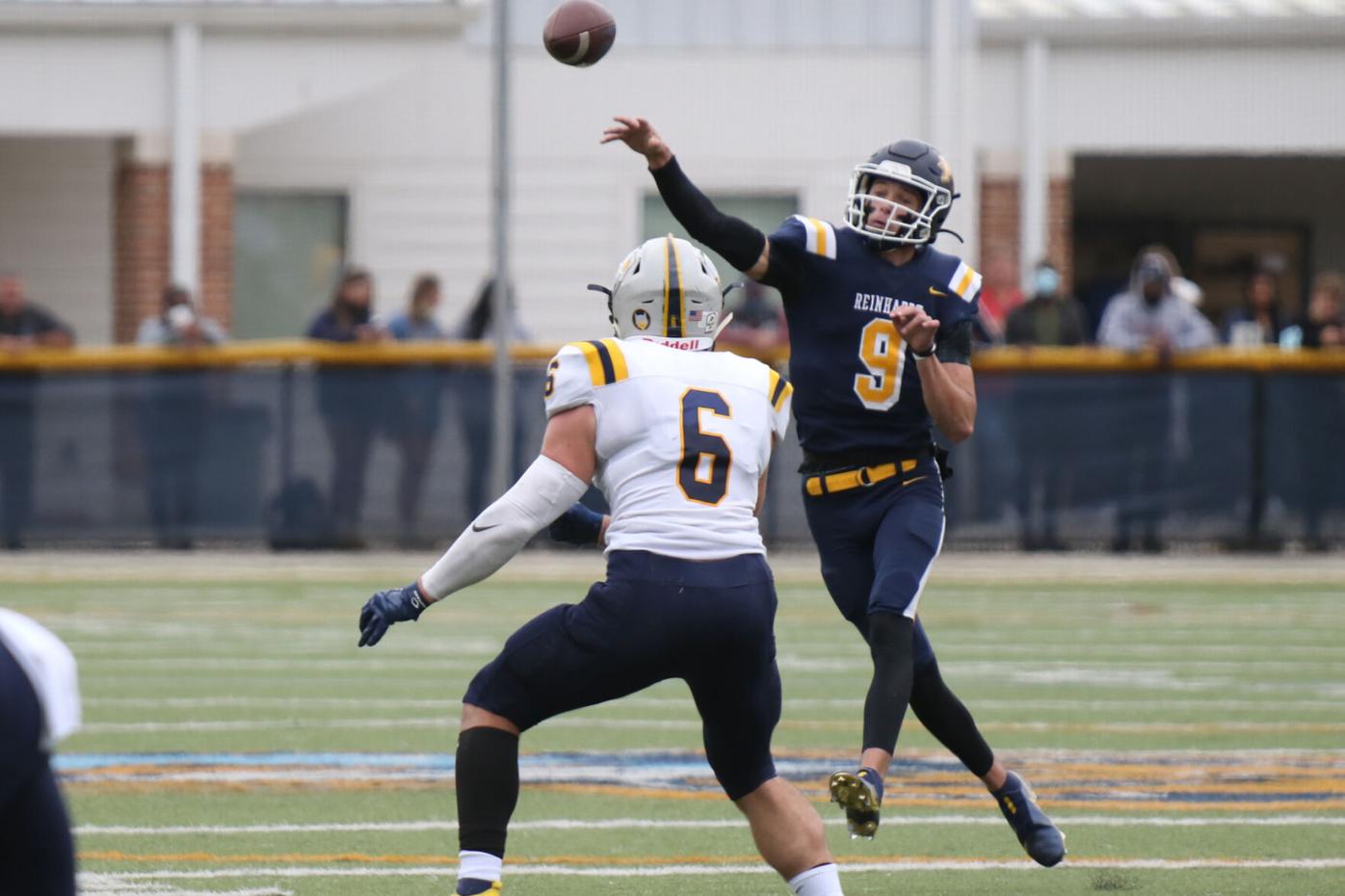 Reinhardt quarterback Billy Hall passes the ball during the spring season. Hall threw for 224 yards and four touchdowns in the Eagles’ win over Bluefield last week. 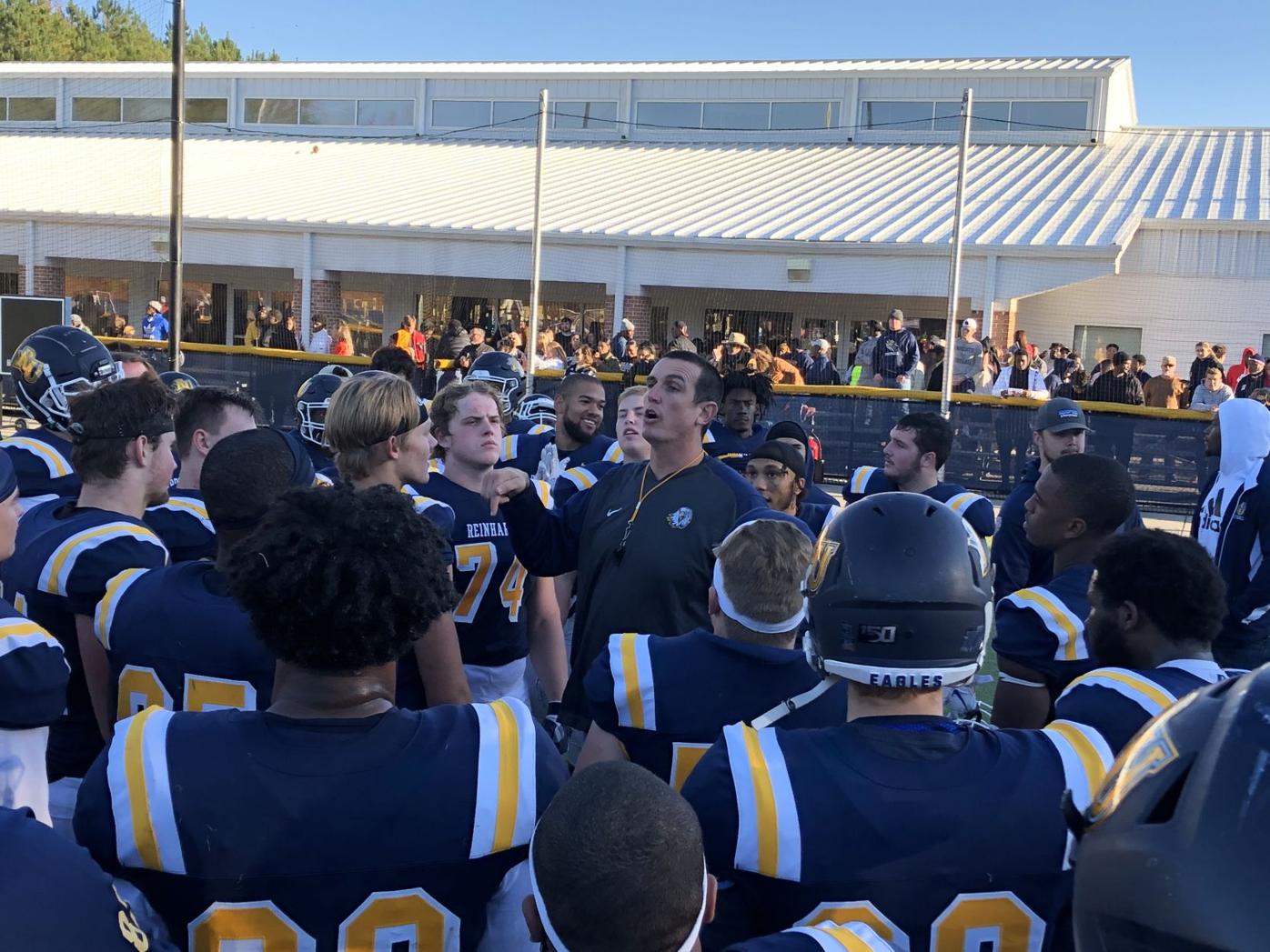 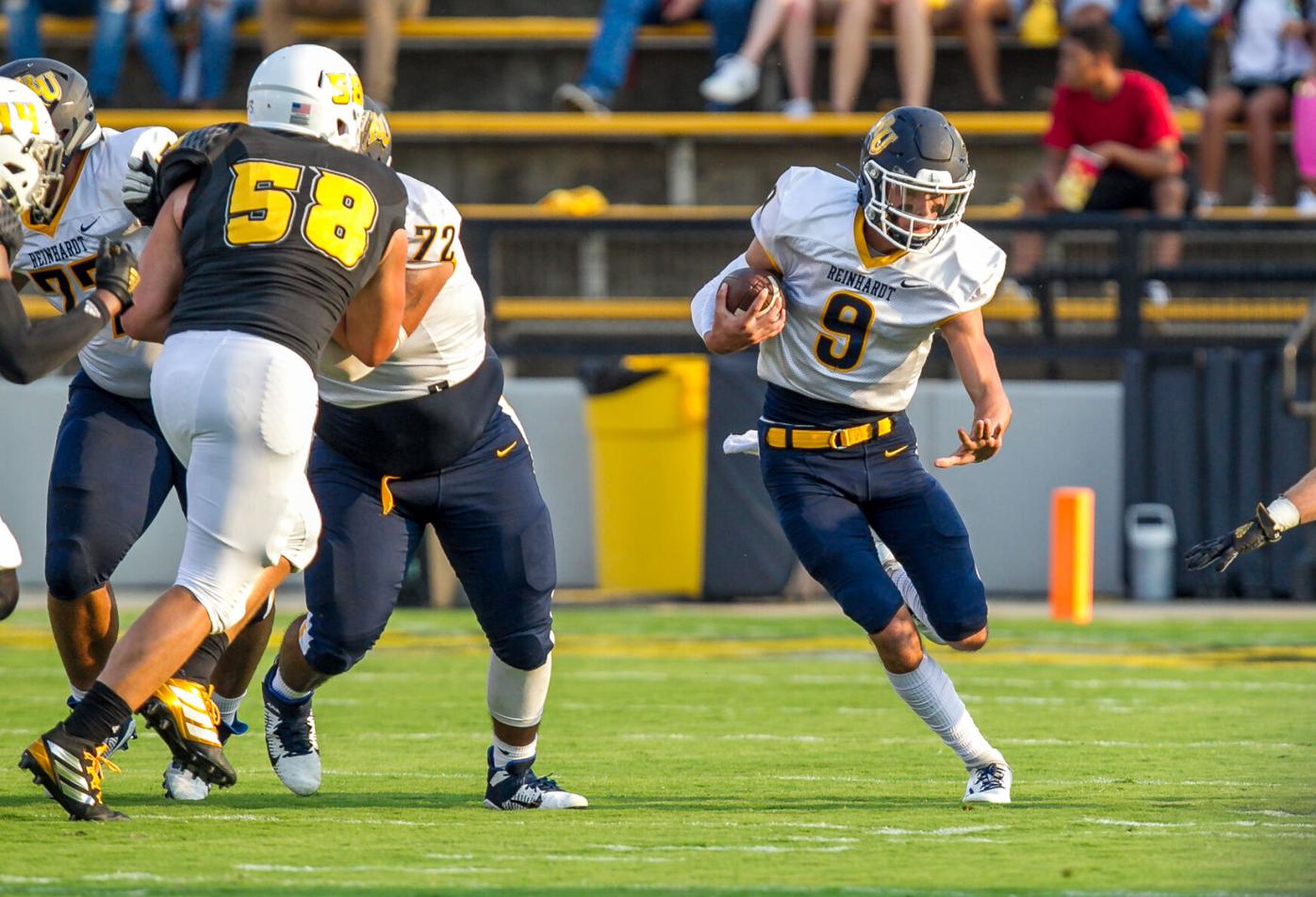 KSU vs. Reinhardt - Reinhardt's Billy Hall (9) runs for yardage during their game at KSU against the Owls. SPECIAL / Cecil Copeland

Reinhardt quarterback Billy Hall passes the ball during the spring season. Hall threw for 224 yards and four touchdowns in the Eagles’ win over Bluefield last week.

KSU vs. Reinhardt - Reinhardt's Billy Hall (9) runs for yardage during their game at KSU against the Owls. SPECIAL / Cecil Copeland

After a full spring season and a 3½-month offseason, Reinhardt’s football team is ready to go once again for its season opener Thursday night at Kennesaw State.

The Eagles are coming off a 9-1 spring season in which their only loss was to Keiser in the NAIA quarterfinals. They have their sights set on getting back to the postseason, and it starts with a step up in competition against the perennial Football Championship Subdivision playoff team.

“I think we have some guys who can really match up well,” Reinhardt coach James Miller said. “When we played them two years ago, I do not think we were ready for the speed of the game. I think we have a better idea of what that speed looks like now.”

Miller’s focus has been on cleaning up the mistakes he saw from his group last time they played the Owls — a 31-9 loss in 2019, in a game halted in the third quarter due to inclement weather.

“This is a great test for us,” Miller said. “It is a great test to see where we are as a football program and a team. I told the kids earlier this week that I want to see us play better than we did last time. If we do that, we give ourselves a better chance to win.”

For Reinhardt, Thursday’s opener will be all about the players proving to themselves that they belong on the same field as Kennesaw State. If the Eagles’ offense continues to produce as it did in the spring, they may do just that.

In 10 games last spring, Reinhardt averaged 40.2 points per game while surrendering just 16.2. Kennesaw State scored 37.9 points per game in 2019, but that number dropped to 29.6 during the Owls’ truncated five-game spring schedule.

The Reinhardt offense will continue to heavily feature quarterback Billy Hall, now a senior. Hall passed for 1,905 yards last season, with 22 touchdowns to only five interceptions.

“Hall is our returning All-American and a really good player,” Miller said. “He had a really good year for us, and he is going to be a pivotal force. How he plays is how we are going to go.”

Navarie Solomon will be another key player for Thursday’s game and the season as a whole. He broke out last year with 31 receptions for 643 yards and seven touchdowns.

Solomon is an excellent route-runner according to Miller and has shown tremendous improvement during his first two years at Reinhardt. Solomon has a chance to show his game-breaking potential this season with what his coach called deceptive speed.

“He had a really good year for us,” Miller said. “He has made really big strides in fall camp, and I really like where he is from a mentality standpoint. He had two games where he struggled a little bit. If he does not have those, he is probably our single-season receiving leader.”

The quick turnaround from the spring season to the fall has Reinhardt gearing up for 11 straight weeks of games without a bye. The Eagles are excited to get back on the field, but Miller expects his team leaders will need to be vocal.

“When our season ended, we had 18 days of no football,” Miller said. “I think we came back in good shape, and from a mental standpoint, they are ready to go. Coming off 10 games, we play 11 straight weeks. It is going to be a grind.”

Looking ahead to Kennesaw State, Reinhardt knows it faces a formidable opponent in its season opener. The Eagles, though, are out for redemption from 2019, with renewed energy and effort leading the charge.

“They have a really good team,” Miller said. “They are ranked highly for a reason. This is a great test for us to see where we are. Coach (Brian) Bohannon wants his team to play physical, fast and with effort. We want to do those same things.”