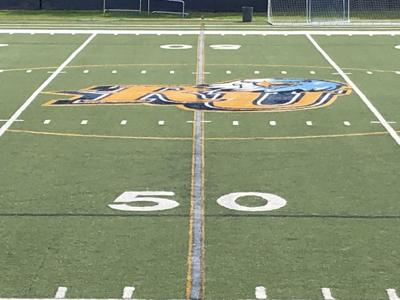 For the second time in three years, Reinhardt’s football team had a game on its schedule canceled at the last minute.

In 2017, Reinhardt’s scheduled game against Webber International was canceled due to damage caused by Hurricane Irma, preventing the Warriors from traveling to Waleska.

Earlier this week, Reinhardt was forced to cancel its scheduled game against Cincinnati Christian for very different reasons.

Cincinnati Christian announced this week it would be closing its doors following the current semester, and as a result, all scheduled athletic events — including Saturday’s homecoming football game in Waleska — were either canceled for forfeited.

For Reinhardt (8-2, 5-0 Mid-South Conference), the forfeiture leaves it with a double-bye week before it ends the regular season by hosting Union on Nov. 16.

Reinhardt has suffered a number of injuries along the offensive and defensive lines this fall, something coach James Miller said he has never seen in such high numbers. Along the offensive line, the Eagles have started the same five-man unit in consecutive games only once.

A couple weeks of rest and rehab could bode well for a team which is third in the country in rushing. The two-week hiatus may also be a blessing in disguise, as it could serve as a chance for Reinhardt to heal up before the NAIA tournament begins Nov. 23.