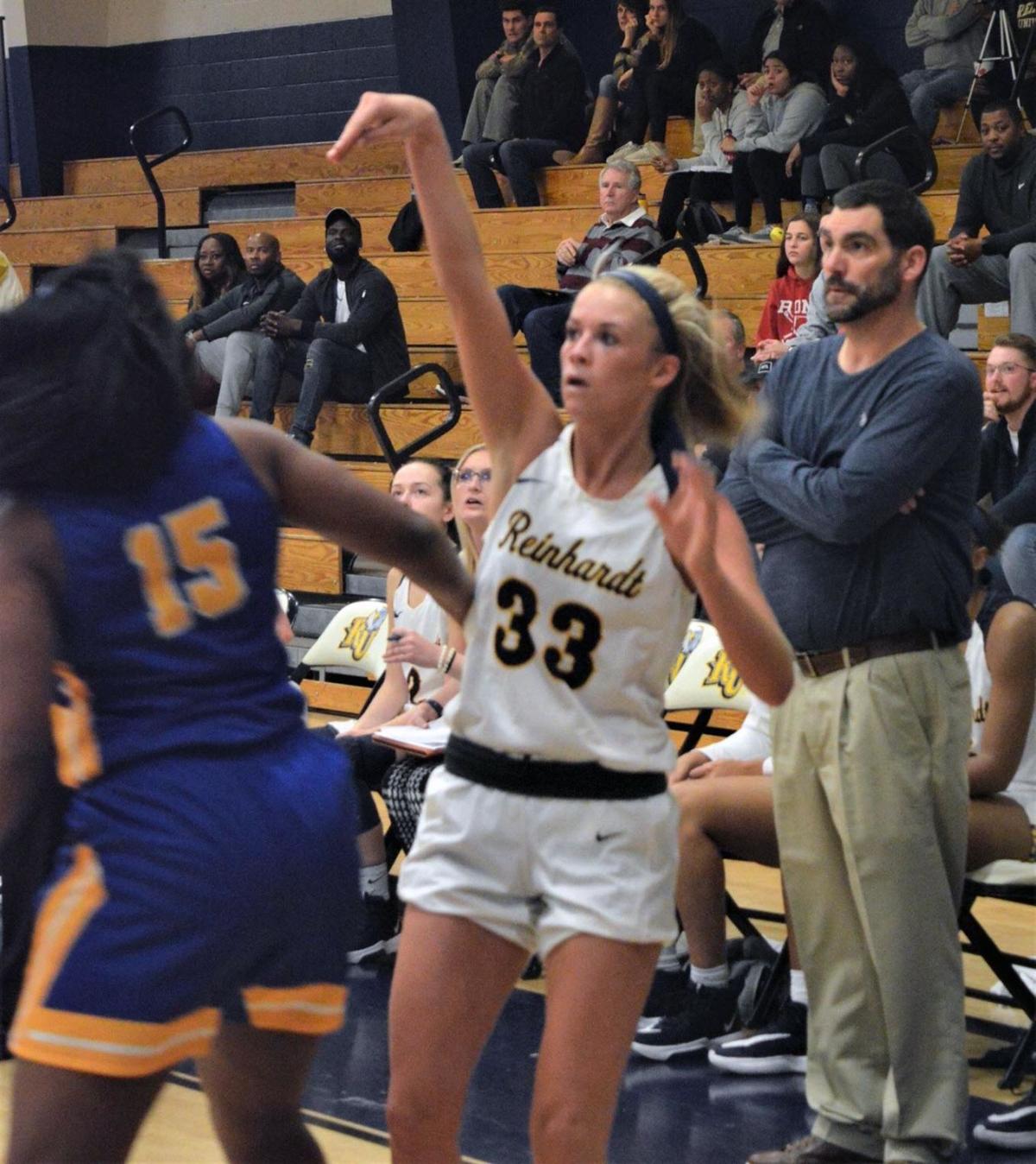 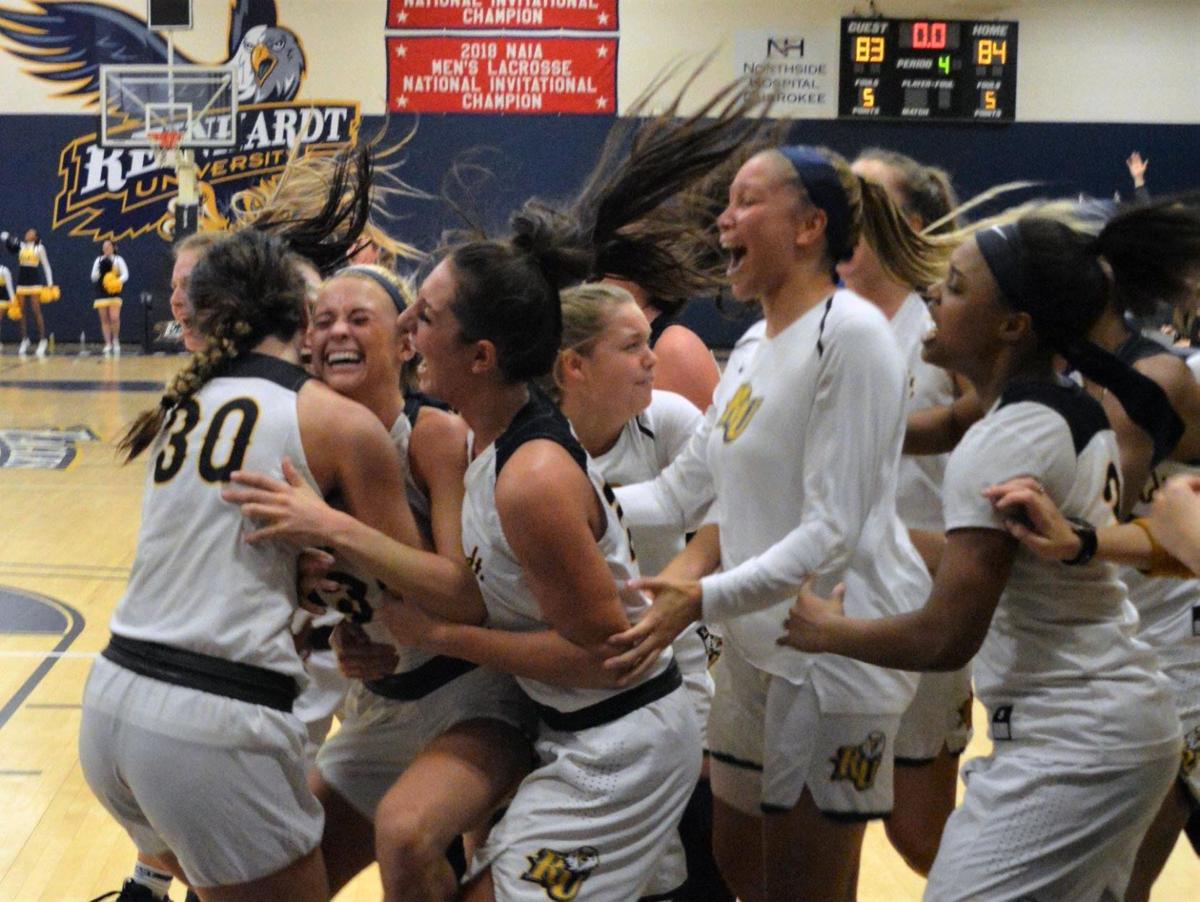 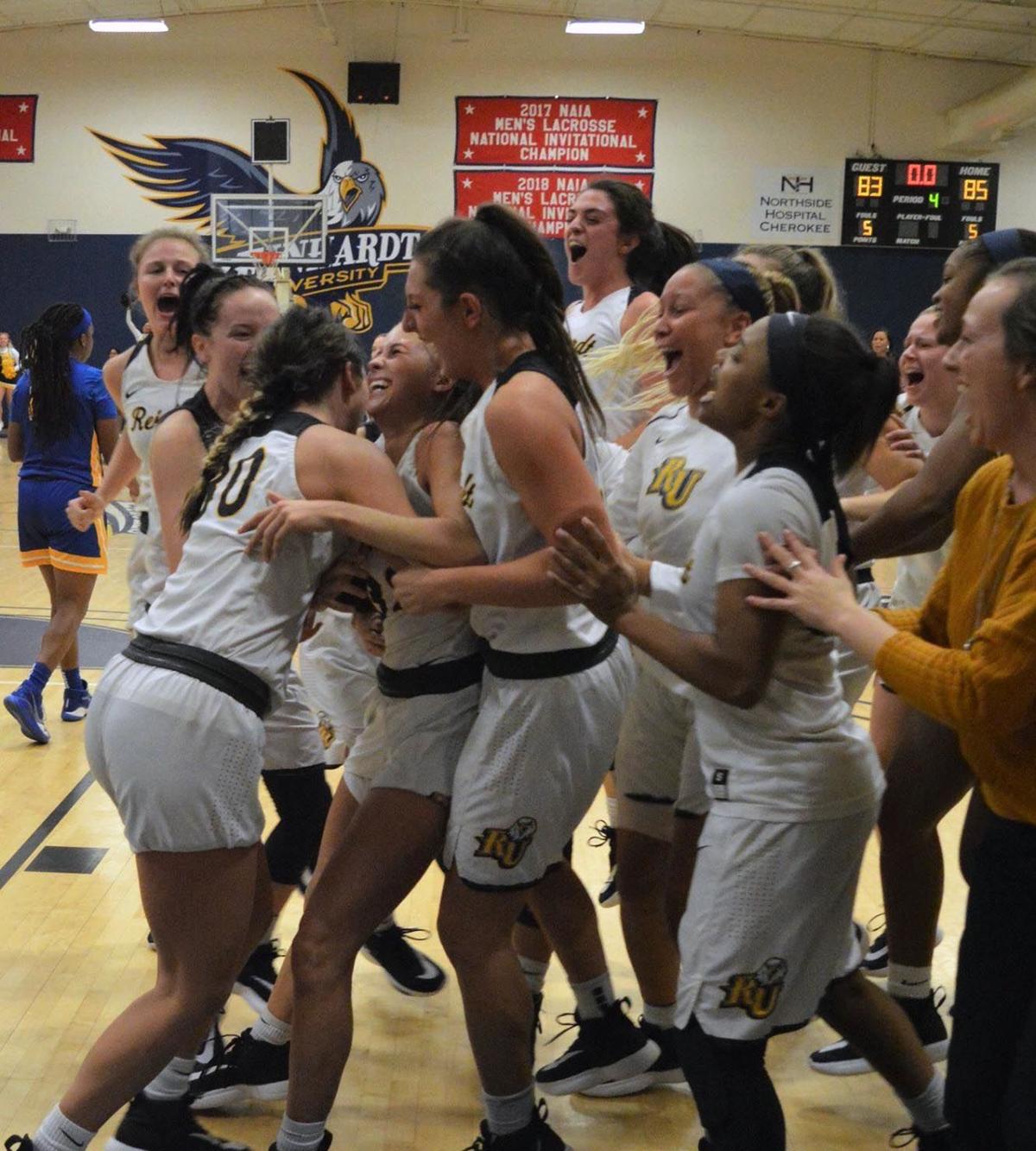 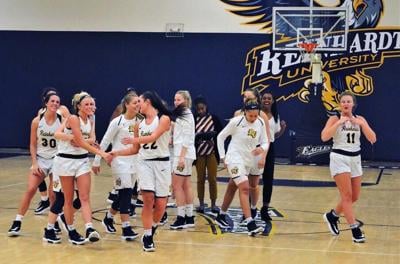 WALESKA - With less than a second left on the clock and the score tied at 83, Reinhardt’s first-year coach Toby Wagoner drew up his best play.

Wagoner designed multiple options for the sideline inbound play but it was Woodstock High School alum Ashton Sutton who ended up with the ball. Off the inbound pass from teammate Amberlee Zeller, Sutton caught the ball in the near corner and and in a split second - literally - the senior hoisted a shot toward the basket which fell through the net without touching the rim.

Reinhardt senior and @woodstockgbb alum Ashton Sutton hit this game winner last week to lift @RUWBB to victory over Allen University. At 10-0, 7-0 in the @AACsports, Reinhardt is off to its best start in program history. pic.twitter.com/axKcHrv7sk

Reinhardt (10-0, 7-0 in the Appalachian Athletic Conference) defeated Allen University 86-83 on Sutton’s shot and continued the best start in program history.

“Really, it was a dream,” Sutton said. “I literally just threw it up but somehow I had good form. It was amazing.”

The Lady Eagles finished 19-12 last season, fourth in the AAC with a record of 17-9. Enter Wagoner, who was hired this past May from Georgia Southern where he served as an assistant coach for the women’s basketball program. After 20 years of coaching basketball at both the high school and college levels, this fall is Wagoner’s first head coaching opportunity at the college level.

One noticeable difference between this year’s version of the Lady Eagles and previous seasons is the pace of play. An up-tempo style of offense has been a welcome change for Reinhardt as the Lady Eagles are averaging 83 points per game and winning their games by nearly 20 points per contest. Playing fast has been new for the team and ironically it’s been new for the coach as well.

“I always thought that when I got my chance we were going to pack it in defensively and run a swing offense,” Wagoner said. “Like Tony Bennett at Virginia, that’s what I love. But when I got here it just seemed like the right thing to do was play fast.”

Wagoner’s decision to run an up-tempo offense came before he ever stepped foot on campus and spawned from the idea that he simply wanted his players to enjoy themselves. It was that simple. The result has been a group of experienced players who are winning games at a record pace while at the same time enjoying the process that comes with it.

“Honestly the word to describe this whole season is fun,” sophomore Catherine Shope said. “The freedom on offense is unbelievable. I’ve always been a scorer and from the first time I talked with coach I knew I was going to be able to relax and just play.”

Wagoner echoed Shope. The change in offensive philosophy has been a pleasant change for the first-year coach, especially with this particular group of players. Wagoner credited former coach Lindsey Huffman with recruiting quality individuals to Waleska while also crediting any success on the court this season to his players.

“I’m living a dream,” Wagoner said. “I love these kids. We’re all on the same page and that’s what makes it fun.”

On Monday, the Lady Eagles made their first appearance in the NAIA Division II Women's Basketball Coaches' Top 25 Poll, coming in at No. 23. The team will play two road games at Union College and at St. Andrews before the new year, but a home game with undefeated Bryan College looms large on January 2nd.

In the stands for Sutton’s game-winner was her father Jamie Sutton, who held his hands high above his head in celebration following the shot. It was the final game Jamie Sutton was able to attend in person before he began treatment for a sarcoma diagnosis he received November 26. As her teammates mobbed her on the floor in celebration, there was one person in the gym who she was glad saw the ball go in.