The Latest: Australia’s most populous state to … 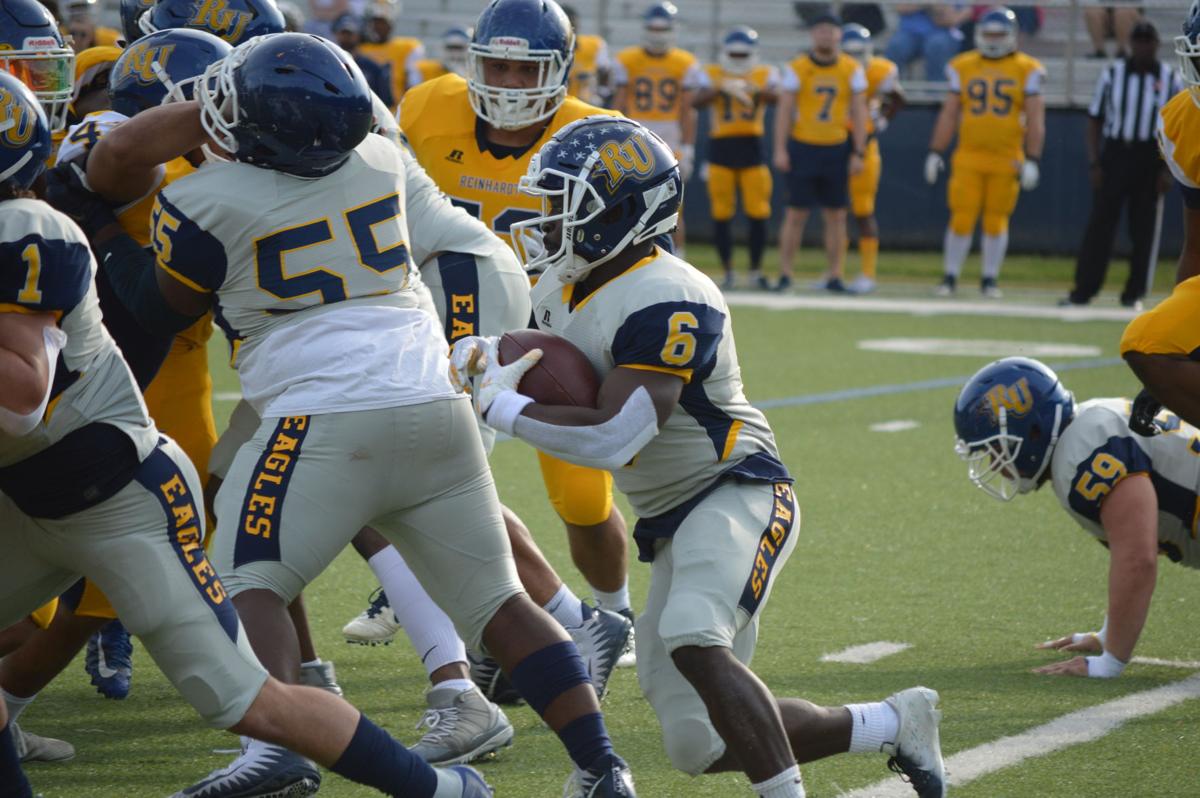 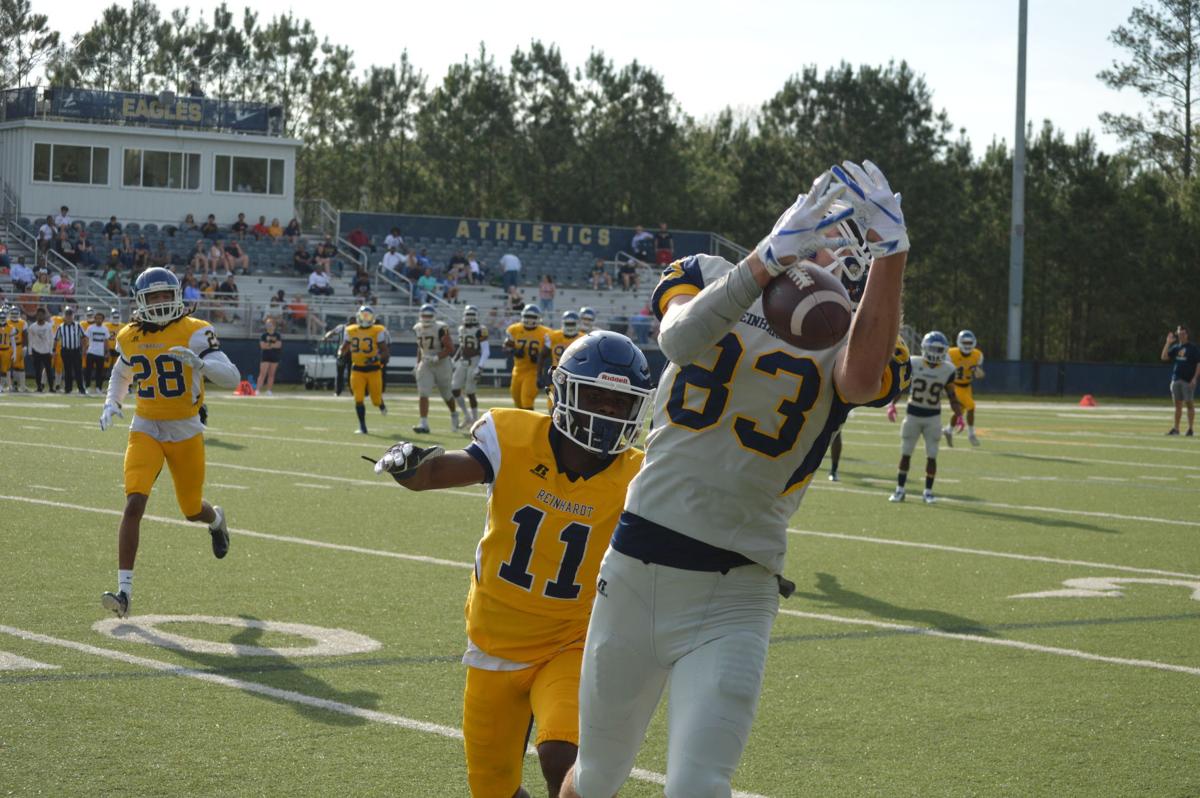 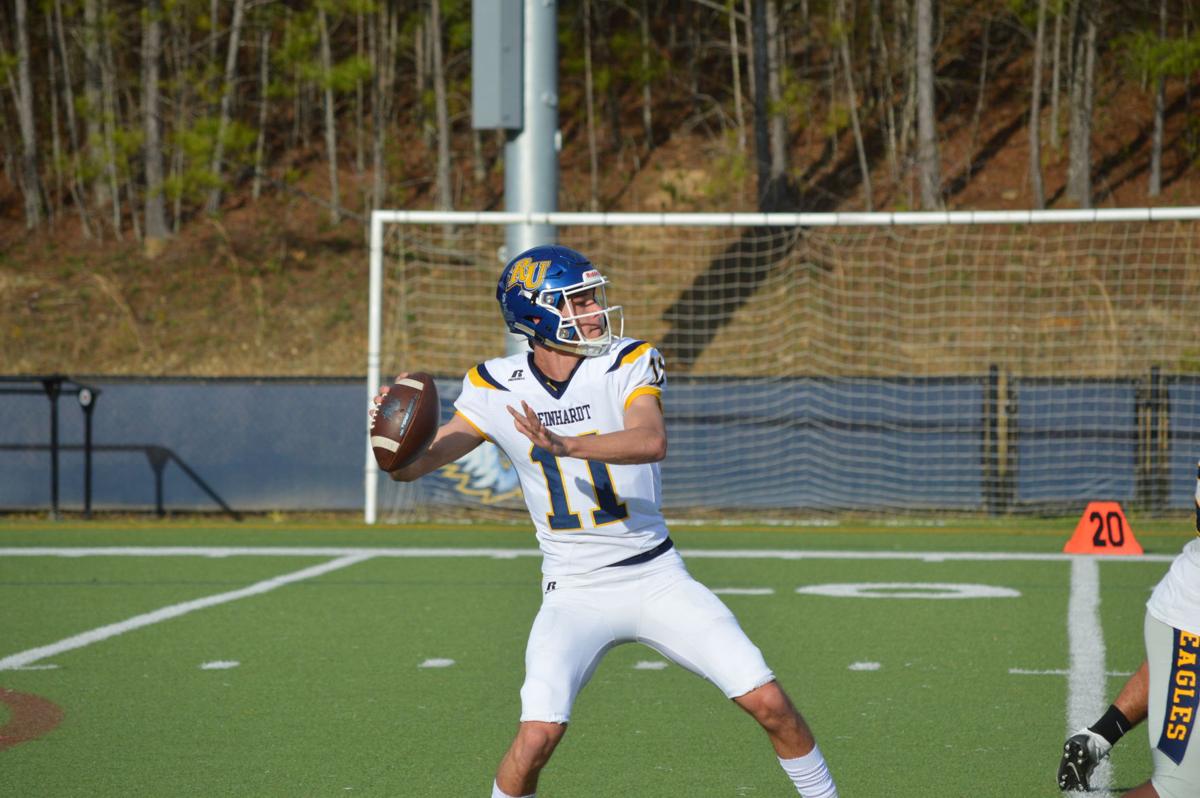 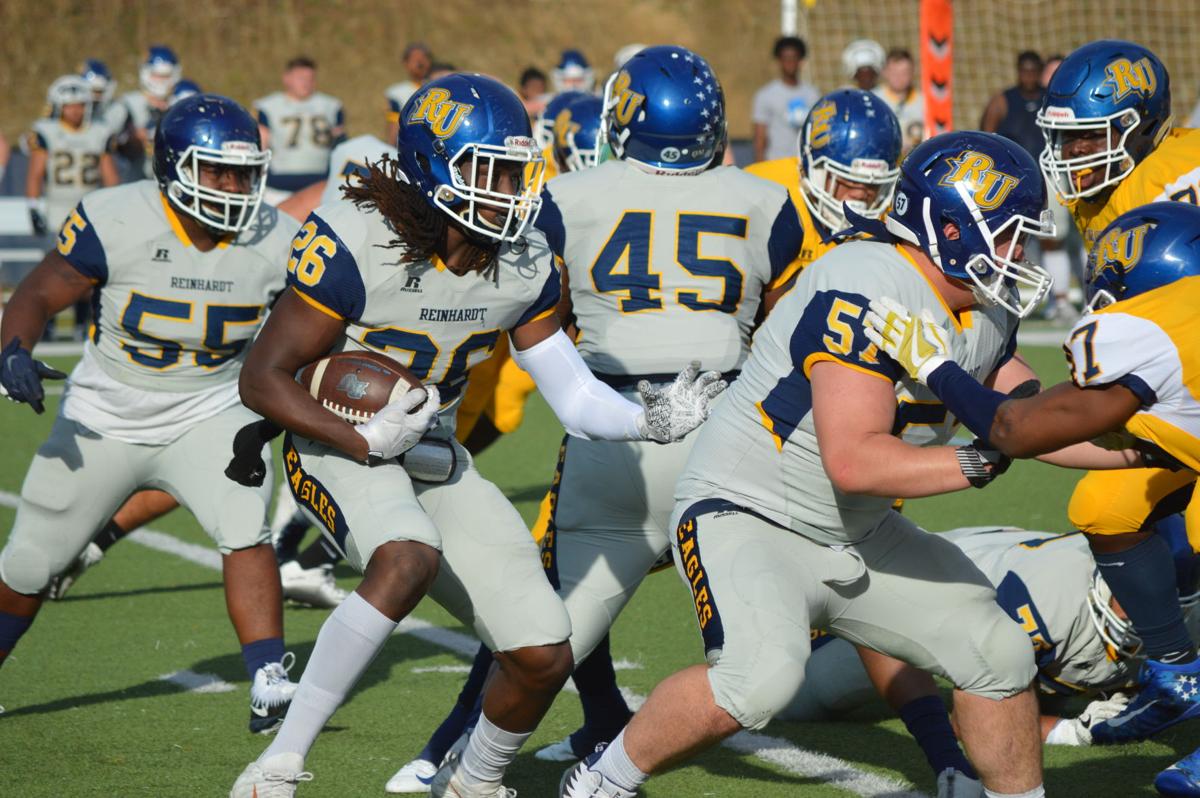 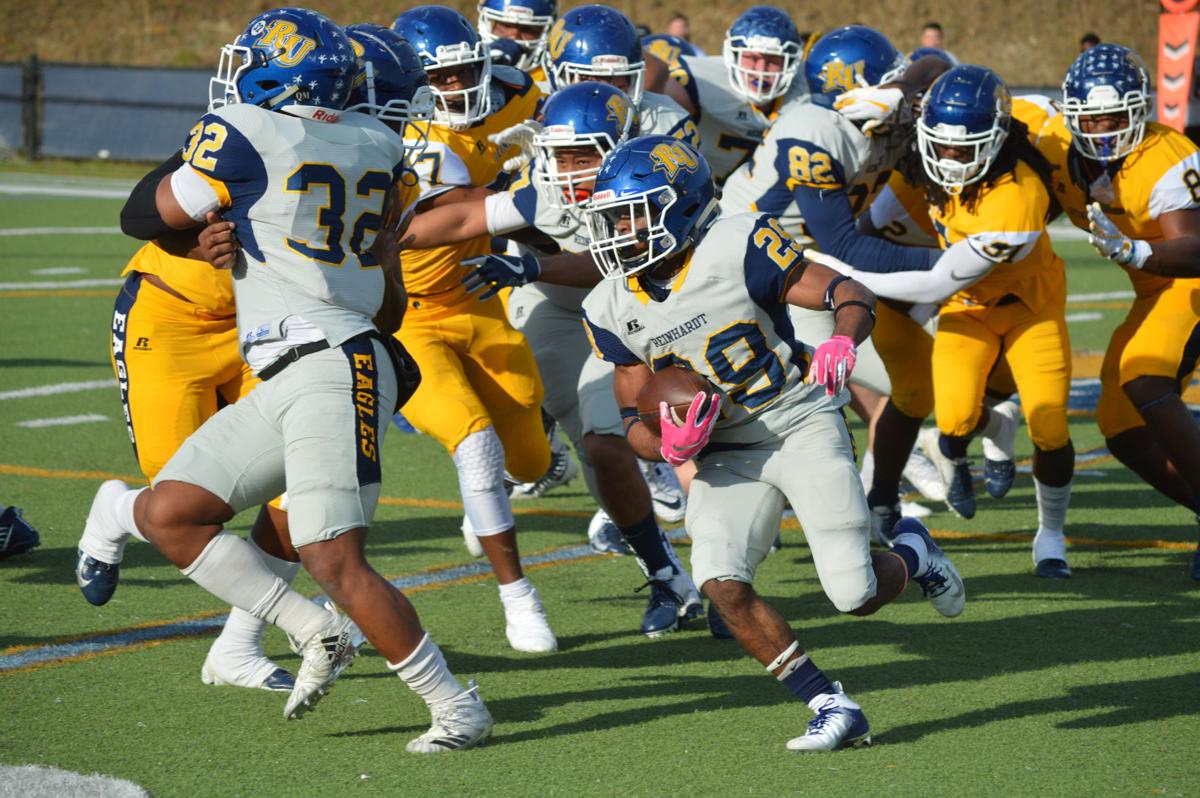 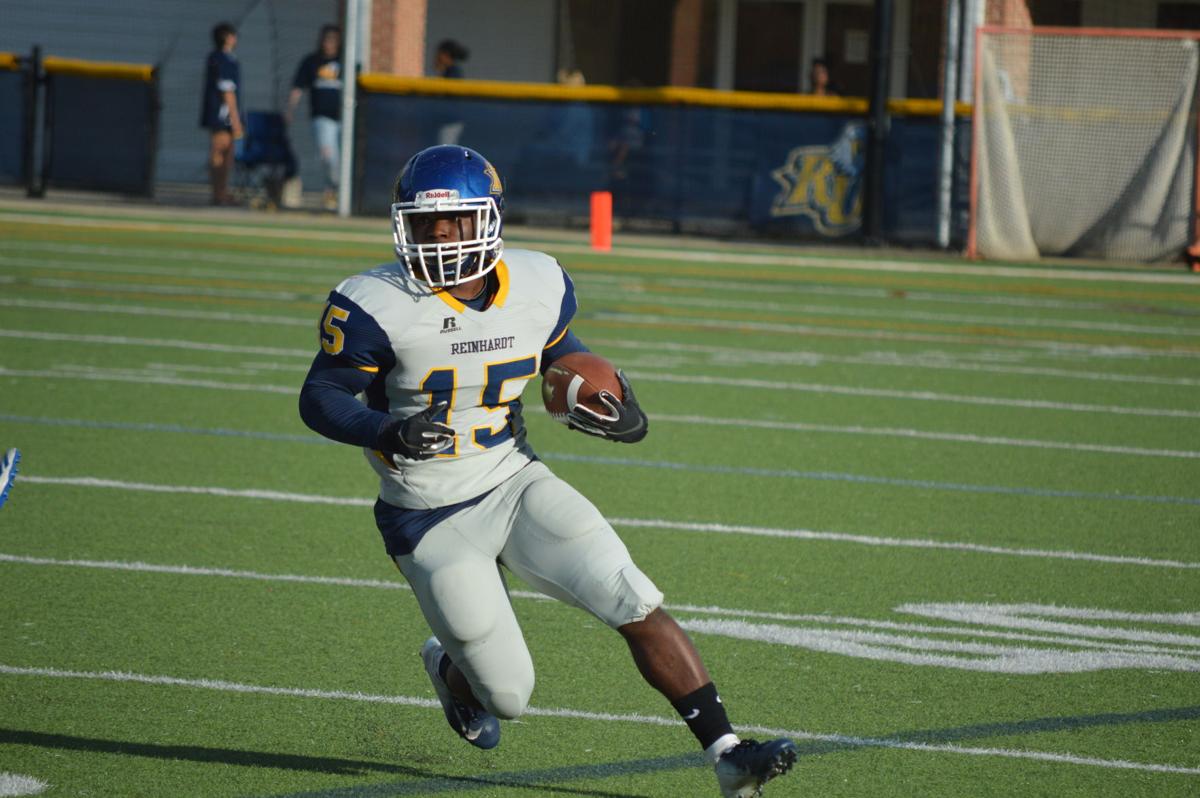 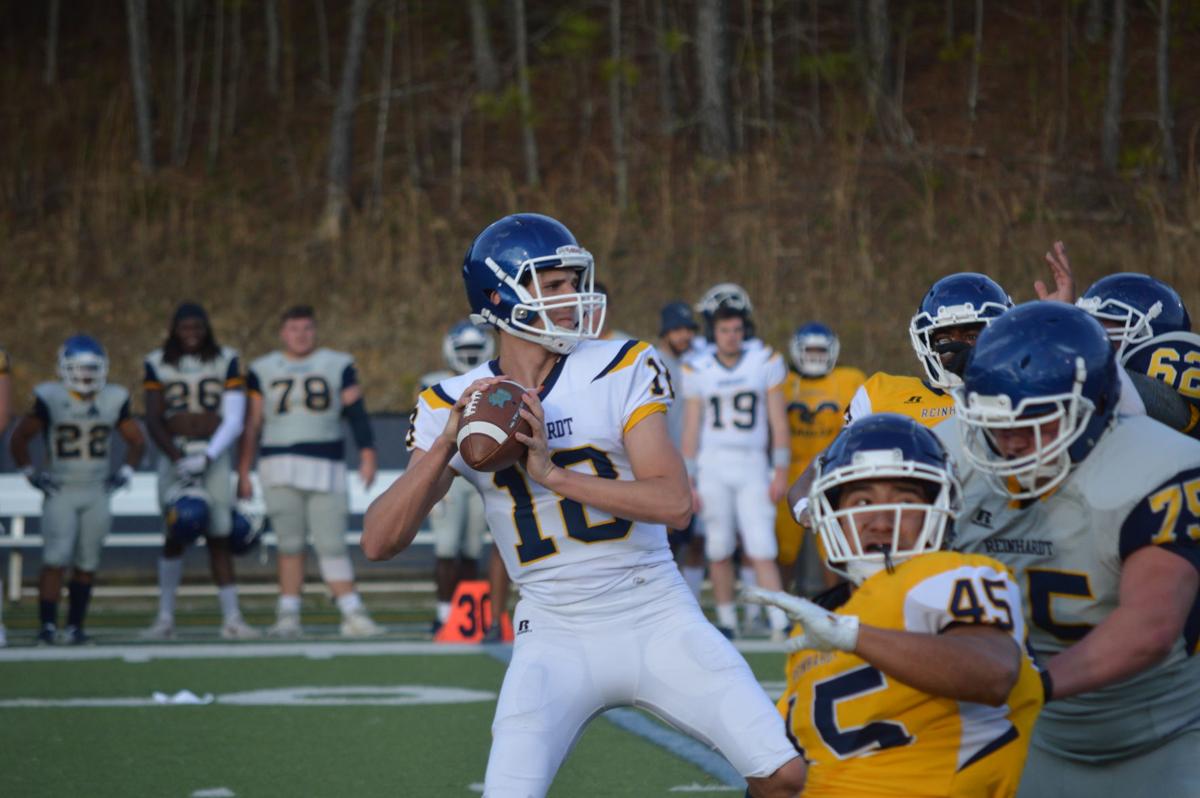 WALESKA — The offense came out on top with a 56-22 win over the defense Thursday in Reinhardt’s annual spring game.

The offense was awarded the traditional six points for a touchdown, three for a field goal and one for an extra point, but it also received two points for a pass play of 20 or more yards or a run of 12 or more yards, and a point for a first down.

The defense could score six points for a touchdown and one for an extra point, and it could also score four points for a turnover, three points for a three-and-out and one each for a drive stop, a sack or tackle for loss and a forced fumble.

“I thought we executed,” Reinhardt coach James Miller said. “It got a little sloppy in the second half. In the first half, with the first groups on both sides of the ball, I thought we did some good stuff. We just have to continue to progress and get better. It’s been a good spring.”

The offense started the game well, with Reinhardt’s running game looking to again be a strength.

Montralius Mosely took the game’s first play around the left side for a 42-yard gain and added two catches for 30 yards.

Otis Odom looked like he might be ready for more than a special teams role this season, rushing a game-high six times for 82 yards, while hauling in three passes for 81 yards, including touchdown catches of 33 and 40 yards.

“He’s been doing that all spring,” Miller said of Odom. “He really has. He had a great offseason in the weight room. I’ve been really proud of the way he’s played and continued to get better.”

In the spring game, quarterbacks were considered down when touched, but it did not matter for Billy Hall, who took his only carry 60 yards untouched for a score. He also went 3-of-5 through the air for 58 yards and a touchdown.

Though Hall is the incumbent starter, rising sophomore Matthew Holt also looked poised to make a run at the position. Though he was intercepted on his first pass of the game, Holt completed his next six attempts to finish 8-of-12 passing for 107 yards and a touchdown on the game’s final play.

“Matt’s a good player,” Miller said. “He does a lot of really good things and throws a good ball. Bill did some good stuff, too. He’s such a threat with his feet and has become a two-way player for us. We did a good job protecting both of them, though.”

While Reinhardt’s defense struggled to hold the offense consistently, there were bright spots for the unit.

Herve Aklotsoe and Jon Perry each got to the quarterback once from the defensive line, and transfer linebacker Michael Collins made his mark with an interception and a 55-yard return down to the 5-yard line.

“The guys up front did a good job,” Miller said. “The first group tackled well when we were in there. Like everything, we just have to keep getting better.”

The game was the last time Reinhardt will meet for football activities before fall practice commences. Until then, players will work on their summer workout plans.

While an entire group of incoming freshmen will join the team this fall, Miller said he already has a pretty good idea of how his returning players stack up.

“I think you can see some stuff here,” he said. “It’s really a game-day atmosphere. These are game-day situations. We’re not really doing anything different than we would on game day. Some guys performed, and some guys didn’t. We’ll watch the film, make some evaluations and go from there.”