Trump extends virus guidelines, braces US for b…

Two more die of coronavirus in Missouri as stat… 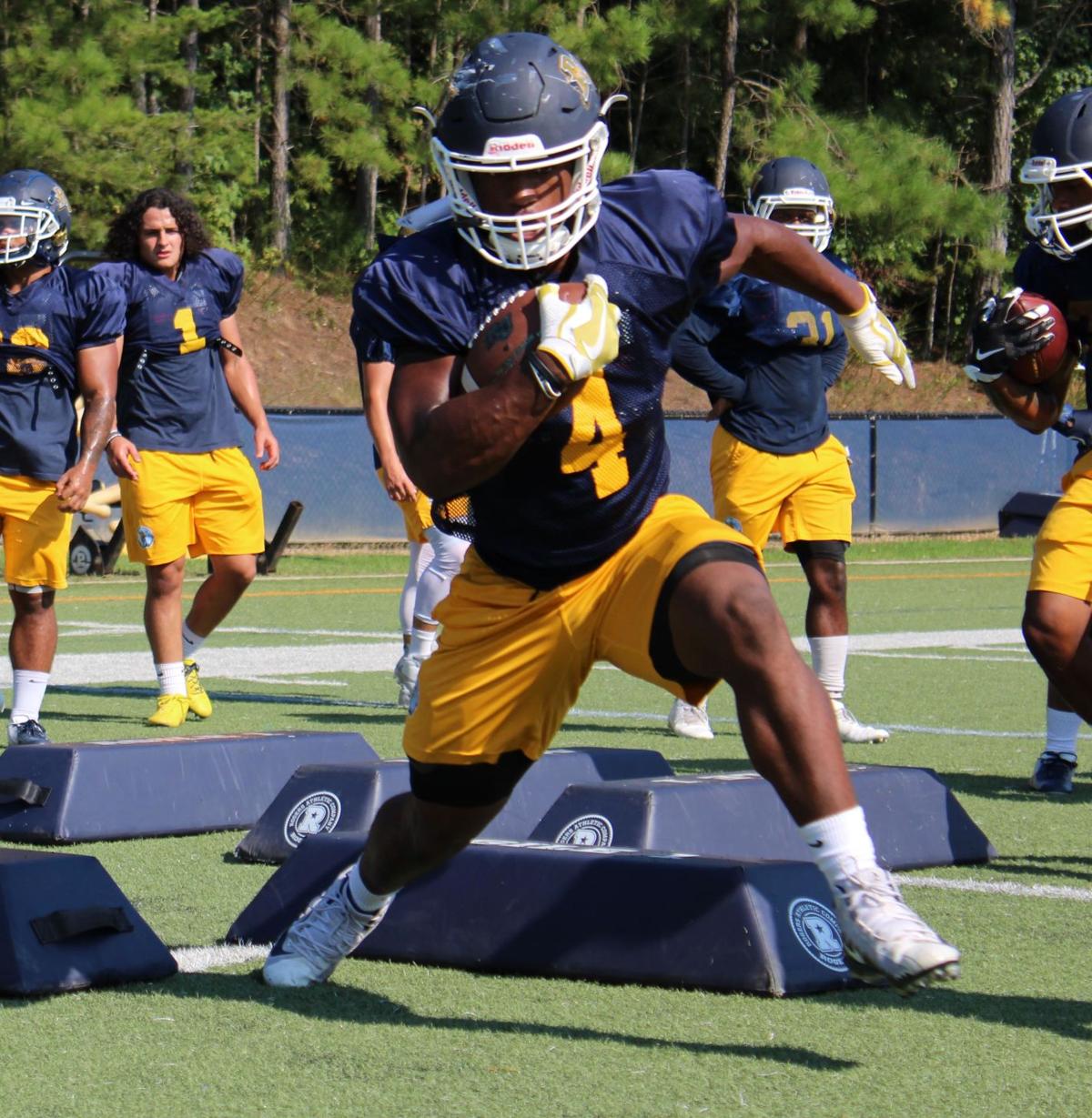 Reinhardt running back Travae Cain runs through drills at practice earlier this season in Waleska. 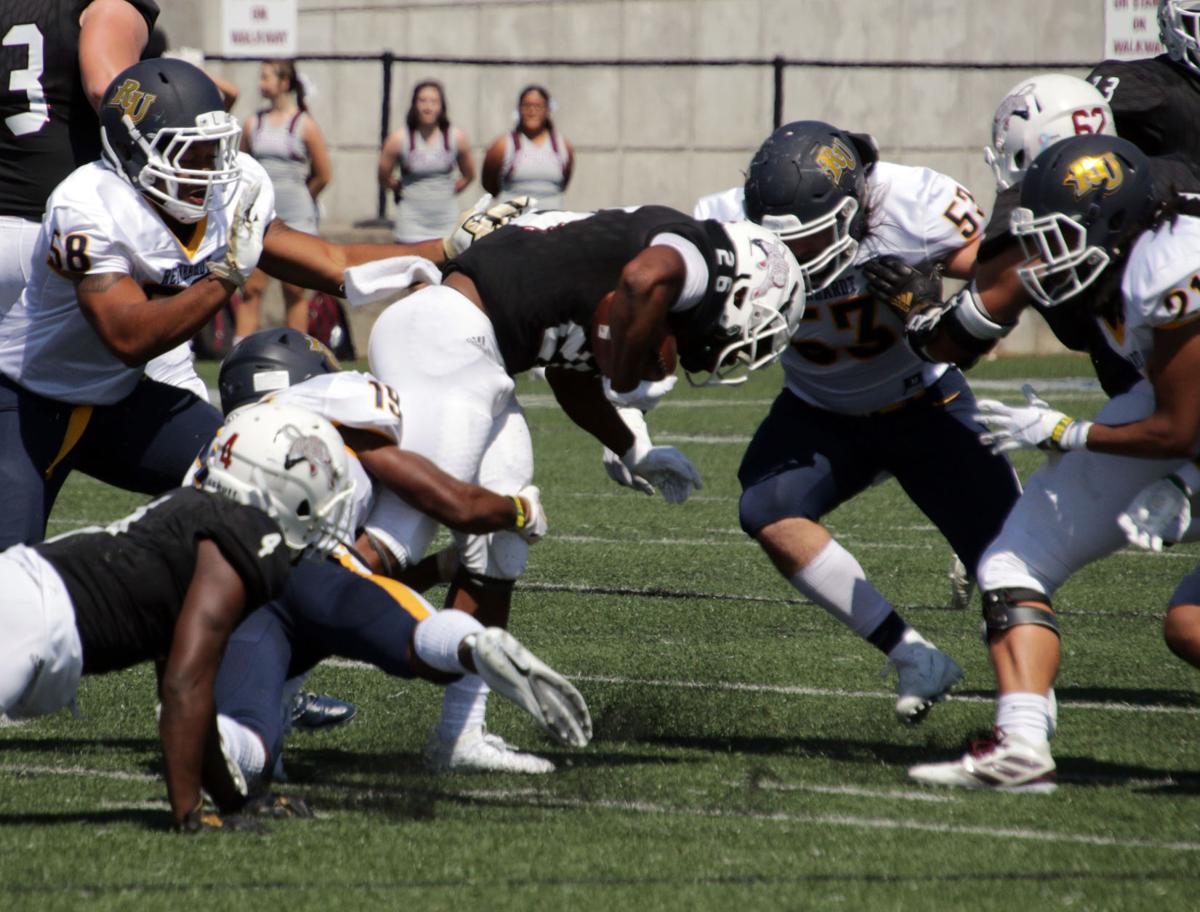 Members of the Reinhardt defense tackle a Campbellsvill ball carrier during the Eagles' 28-0 win last week in Campbellsville, Kentucky.

Reinhardt running back Travae Cain runs through drills at practice earlier this season in Waleska.

Members of the Reinhardt defense tackle a Campbellsvill ball carrier during the Eagles' 28-0 win last week in Campbellsville, Kentucky.

WALESKA - Dominant last week following a pair of one-score wins to start the season, Reinhardt will travel south to play Keiser for the first time.

After a five-hour trip to Campbellsville, Kentucky, last week, the Eagles will make a 10-hour trip to West Palm Beach, Florida, to face off with the Skyhawks. Reinhardt coach James Miller said the team planned to split the trip between two days, stopping at a hotel Friday night about halfway through the trip.

“It’s a long trip,” Miller said. “We’ve never gone to play down there, so this will be a first for us.”

As Saturday's game kicks off at 12:30 p.m., Reinhardt (3-0) should feel confident as it has improved both offensively and defensively in each game. The 28 points scored last week against Campbellsville was Reinhardt's highest total of the season, and Miller said he felt good about the improved play along the offensive line.

After leading the NAIA in rushing last season, Reinhardt has continued its run dominant approach on offense. The Eagles are averaging 276 rushing yards per game, compared to 120 for their opponents. Quarterback Billy Hall has led the pack with 271 yards and three touchdowns on 36 carries, but Miller also noted the improved play of running back Travae Cain, who is second on the team with 185 rushing yards.

“(Travae) is playing really well right now,” Miller said. “He stepped up his game when we had a few guys dinged-up. He can run it well, catches it well and he’s physical. He’s really a well-rounded player.”

The Reinhardt defense will again likely be without multiple starters this week, according to Miller. Defensive tackle Teon Burroughs is out for the year, while All-American defensive end J.T. Graydon and starting linebacker Dawson Mitchell are questionable for Saturday's game.

Miller said Graydon or Mitchell can still hold influence over the game’s outcome whether or not they play.

“We’d love to have those guys, and they want to be out there,” Miller said. “They can still be great leaders for us and great people to have around the younger guys.”

After beating then-No. 24 Dordt 34-21 on Aug. 29 in the first week of the season, Keiser (1-0) had its second game against St. Andrews postponed due to Hurricane Dorian.

It will be the home opener for the Skyhawks, whose offense was impressive their opening win. Quarterback quarterback Eli Matthews was nearly perfect, completing 20 for 21 passes for 256 yards and three touchdowns. Keiser also rushed for 238 yards in the upset victory.

Miller said it will be another good test for his defense.

“They’re big, and they’ve already beat a ranked opponent,” Miller said. “Our defense has played well. The guys are really playing well as a unit, but one thing I think we can improve on is getting the ball out, causing more turnovers.”

Series: This will be the first-ever meeting between the two programs