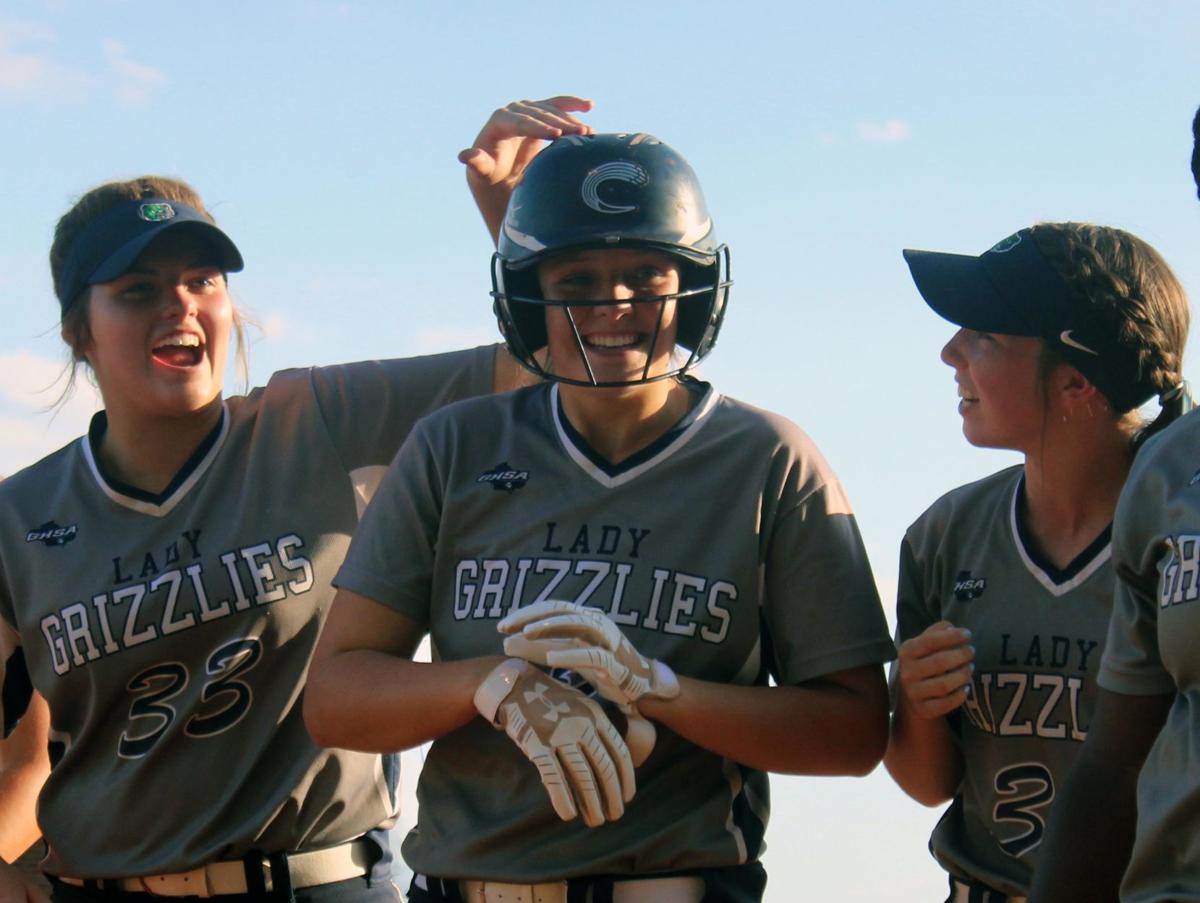 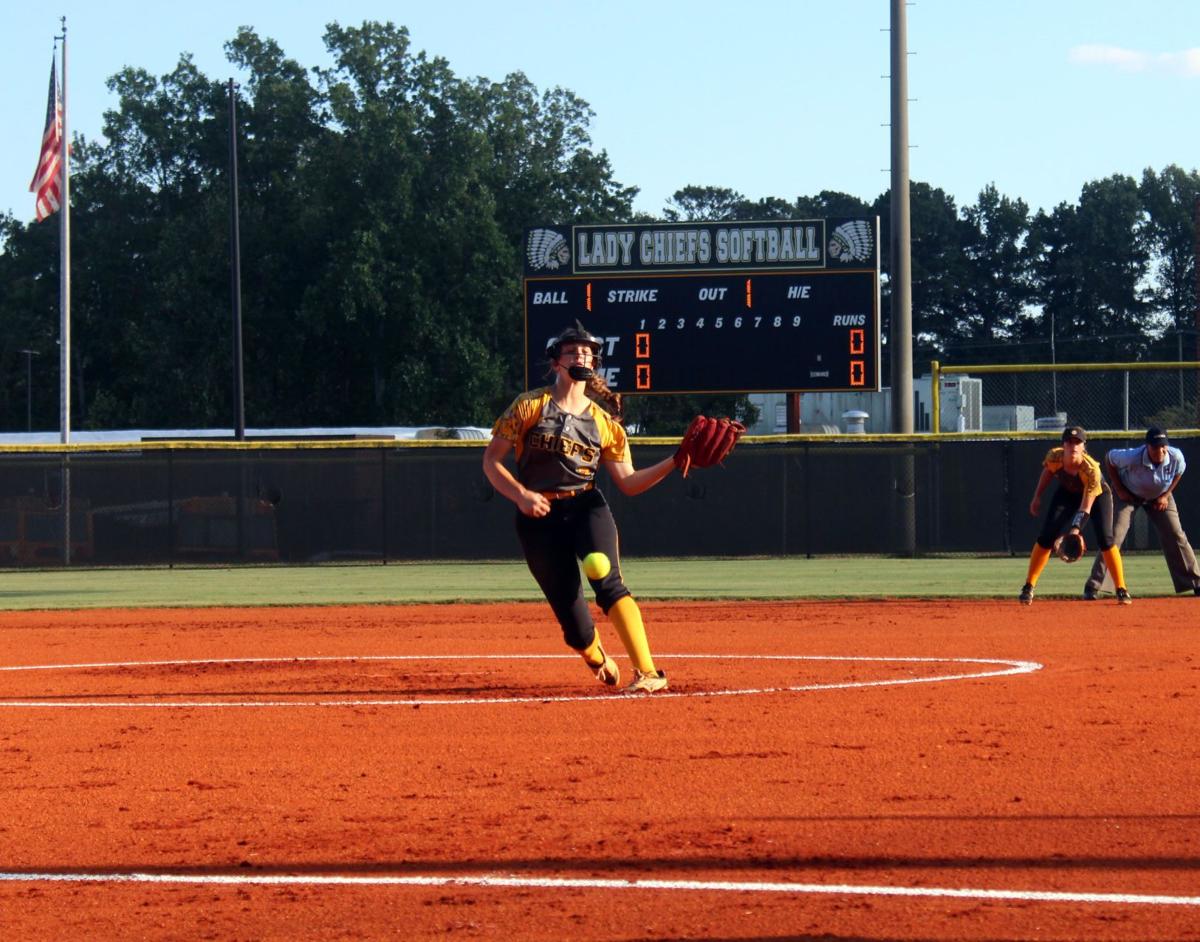 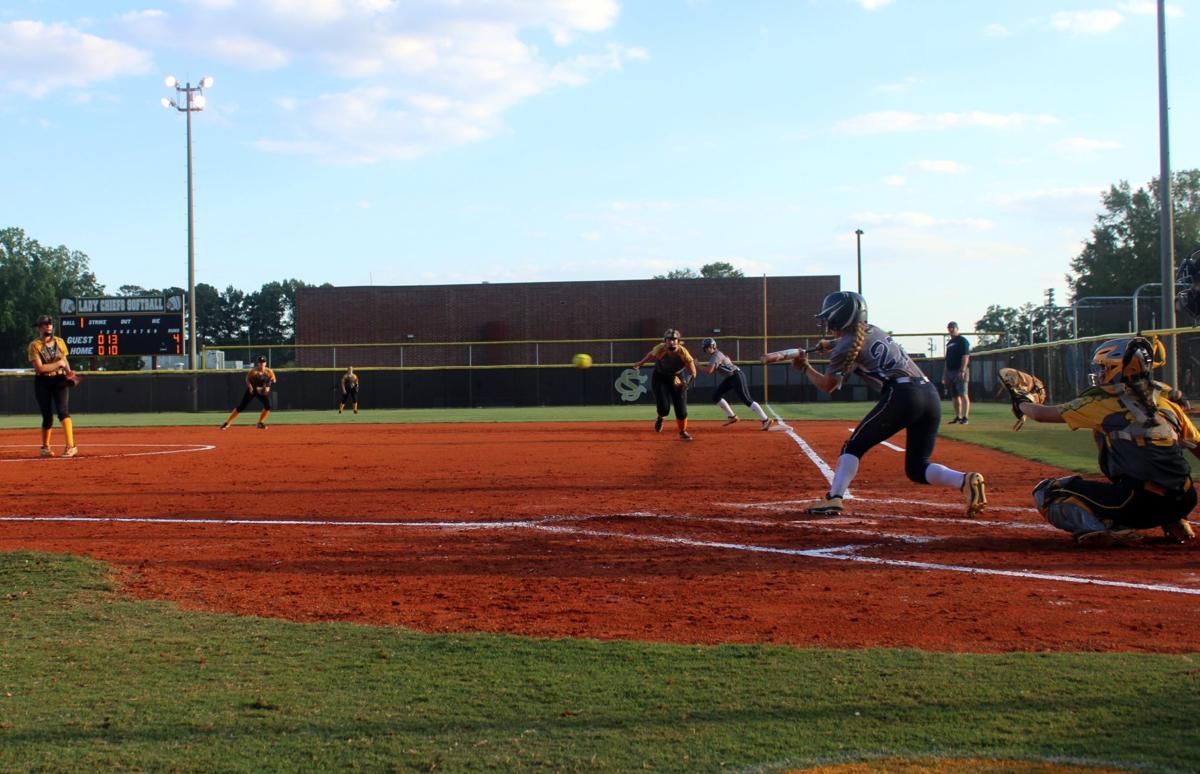 Creekview's Ashton Schroyer lays down a bunt during Creekview's 10-4 win at Sequoyah on Monday night. 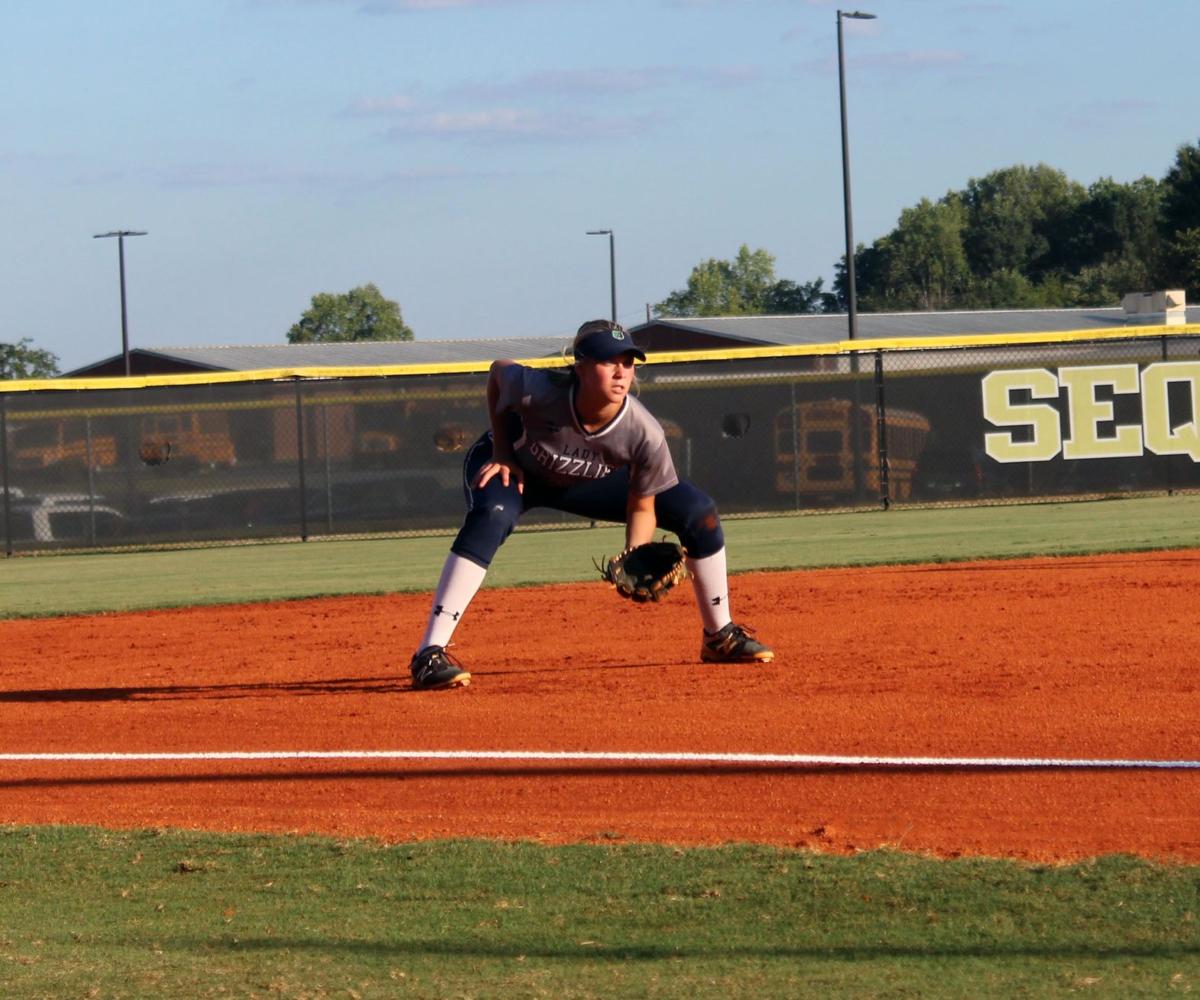 Creekview's Emily Wilkie at third base during Creekview's 10-4 win at Sequoyah on Monday night. 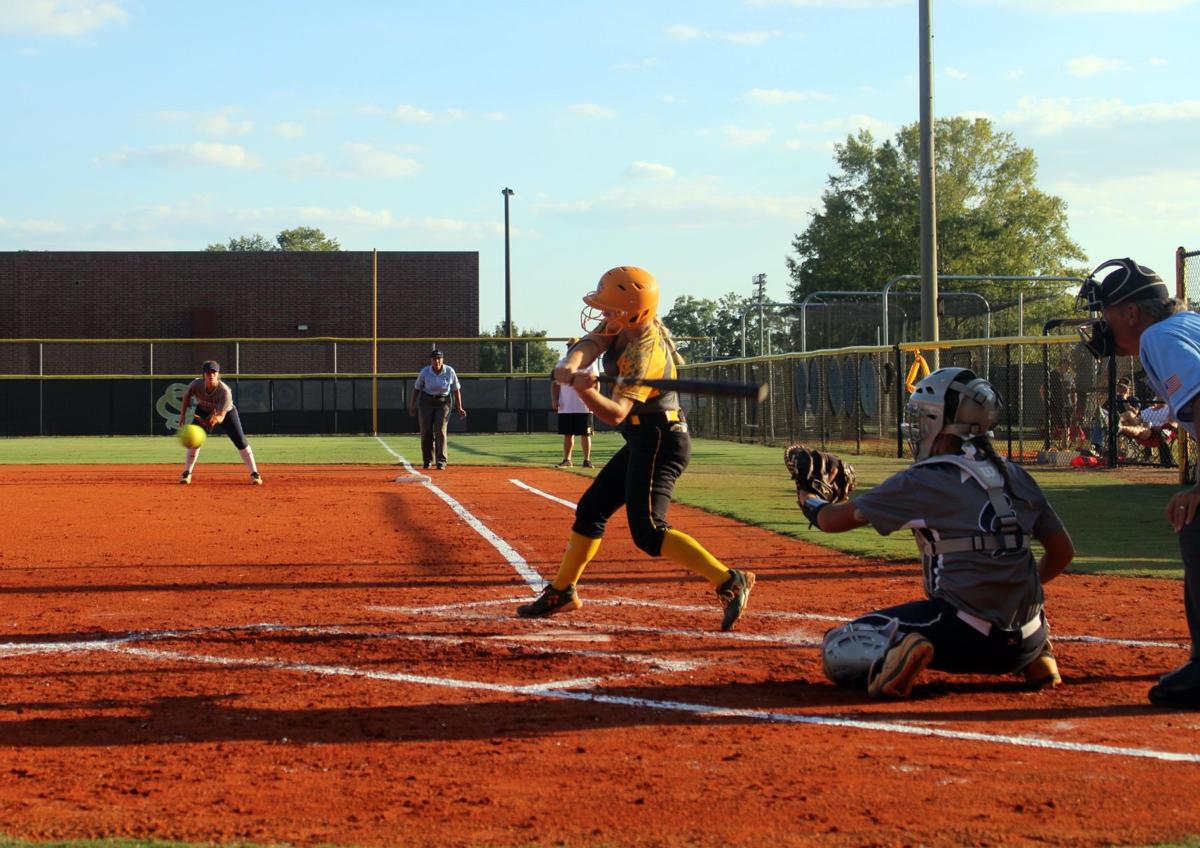 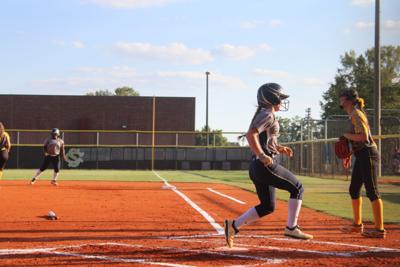 Creekview's Ashton Schroyer lays down a bunt during Creekview's 10-4 win at Sequoyah on Monday night.

Creekview's Emily Wilkie at third base during Creekview's 10-4 win at Sequoyah on Monday night.

CANTON — A successful regular season does not make a champion, but an unblemished region record is a good start toward that goal.

Creekview finished its regular season last Monday night with a 10-4 win at Sequoyah.

With the win, Creekview (20-3, 16-0) completed its sweep through Region 6AAAAAA and will begin the region tournament as the No. 1 seed.

“I knew we had a lot of talent, but this team has exceeded my expectations,” first-year Creekview coach Jennifer Maloney said. “They’ve come out at practices and worked hard, they’ve been coachable and they’ve listened.”

Creekview lost 12 seniors to graduation last spring and entered 2019 with a new coach and only one senior. Despite their youth, the Lady Grizzlies outscored their region opponents 156-22 and rose to No. 3 in the MaxPreps Class AAAAAA rankings.

Emily Wilkie, the lone senior and a Florida commit, said she has had to take on a new role this year, but the experience has been an easy transition.

“I want to make sure everyone stays positive and don’t want to let anyone hang their heads when things go wrong.”

Both teams scored a single run in the second inning Monday, but Creekview broke the game open in the top of the third inning.

Trailing 6-3 in the bottom of the sixth inning, Sequoyah threatened a comeback after back-to-back singles by Stevens and Schreiner gave the Lady Chiefs runners on second and third with no outs. Throughout the game, Wilkie walked to the circle to give words of encouragement to Pettit, and the strategy seemed to pay off as Pettit pitched her way out of the jam by inducing two ground balls and striking out a third batter.

“I just told her that she’s doing awesome,” Wilkie said. “She’s a leader out there for us and she’s a dominant player. I’m very excited to see her future.”

Creekview left no doubt in its final at-bat. After Peyton Fitzpatrick scored on an error and Wright hit a three-run home run to expand the lead to 10-3.

Wright finished 3-for-5 with two runs scored and four RBIs.

Sequoyah added one more run in the bottom of the seventh, but Pettit shut the door to earn the win.

Sequoyah finished the regular season fifth in the region, but coach Lane Whitley said head anything can happen in the region tournament.

“As much as the season means mentally, it’s just a preface for the tournament,” Whitley said.

“You can get hot in that tournament and make a run, or get cold and get knocked out. It’s just the way that tournament is. We just need to play our game and can’t have the mental breakdowns we had (Monday).”

Creekview, with a first-round bye, will begin the region tournament Saturday in Dalton, and Maloney said the focus during the week would be to continue to improve in every aspect.

“I think we’re playing some good ball right now,” Maloney said. “We just want to focus pitch-by-pitch and not really worry about anything else. Undefeated in region play is a good thing, but it’s nothing right now. We have to do our job in the region tournament. It feels good to be undefeated, but we still have a lot of work to do.”

Sequoyah will play at 7 p.m. Thursday at Allatoona. Creekview will play a to-be-determined opponent at noon Saturday at Heritage Point Regional Park in Dalton.