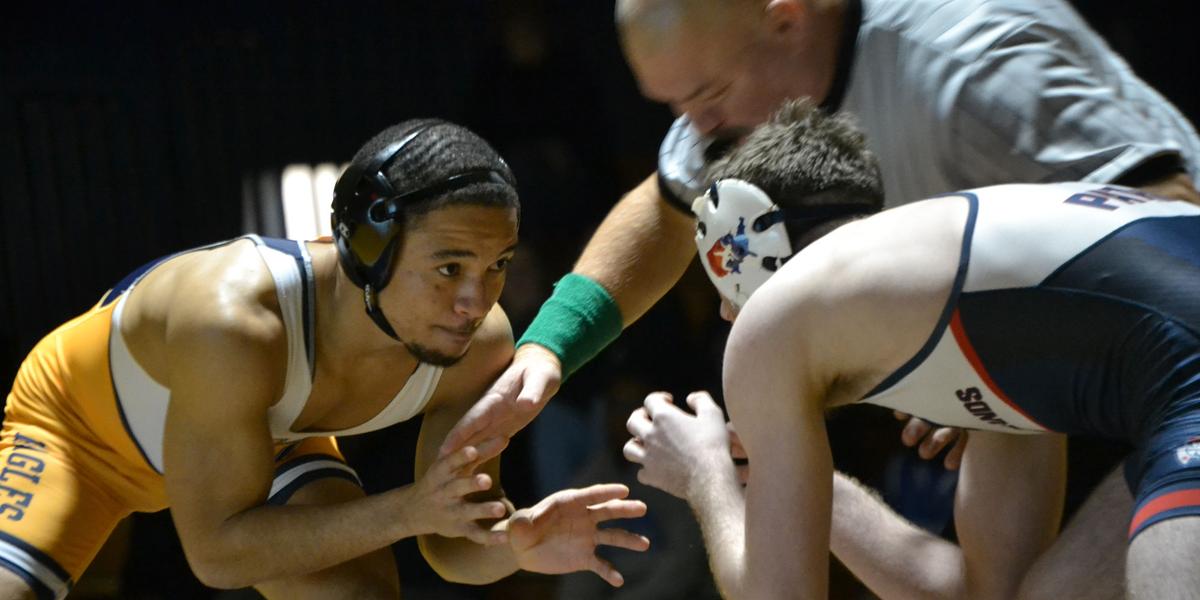 Reinhardt’s Curtis Doctor has twice been named the Appalachian Athletic Conference wrestler of the week this season.

Reinhardt is the No. 2-ranked wrestling team in NAIA with a record of 9-1 so far this season. 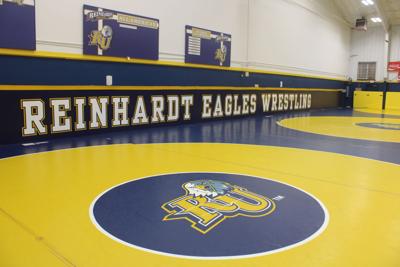 Reinhardt’s Curtis Doctor has twice been named the Appalachian Athletic Conference wrestler of the week this season.

Reinhardt is the No. 2-ranked wrestling team in NAIA with a record of 9-1 so far this season.

Following a successful first half of the season, Reinhardt's wrestling program has high goals for itself in the new year.

The No. 2-ranked Eagles (10-1) will host St. Andrews on Sunday at 2 p.m. in their Appalachian Athletic Conference home opener. Reinhardt will then travel next weekend to Louisville, Kentucky, for the National Wrestling Coaches Association National Dual Meet Championships.

The top eight teams from the previous season’s national championships are invited to the event, and this is the first year Reinhardt has qualified to compete in the exclusive midseason tournament.

“We’re really excited about it,” Reinhardt coach Jeff Bedard said. “It’s a big deal for our program to get to this point.”

The only loss Reinhardt has suffered so far this season came on the road at the hands of North Carolina State, the No. 4-ranked team in NCAA Division I. It was the third year in a row Bedard had scheduled a dual at N.C. State, and he said the high level of competition can only benefit Reinhardt.

Beyond it loss to N.C. State, Reinhardt has been dominant, winning by an average margin of 31-9 in its nine wins. Five Eagles -- Michael Carew (174 pounds), Justin George (165), Koby Milner (125), Antonio Stewart (184) and Cole Tenety (157) -- were All-Americans last season, but several new names have also made names for themselves so far this season.

Curtis Doctor (141) has twice been named the AAC wrestler of the week this season, joining teammates Jacob Henderson (197), Nicholas Jarvis (285) and Nolan Saxton (157) who each claimed the honor once.

In only its fourth year of existence, Reinhardt has built considerable depth.

“The room has been a lot more competitive this year,” Bedard said. “It takes time to build that kind of depth.”

Heading into the second half of its schedule, Reinhardt should get an added boost to their roster as well. Senior Jordan Pitt (131) will join the team for the spring semester after sitting out the fall.

Bedard said Pitt’s decision to rejoin the team has been unanimously welcomed by teammates.

“We’ve been solid at every weight class, but he’s going to be a huge addition,” Bedard said. “Everybody’s real excited to get him back.”

Bedard said he is not losing focus on the postseason goals for his team, but the national duals should be a good barometer for Reinhardt.

For a relatively young program, Reinhardt is pushing for a place at the top of the NAIA. The only team ranked ahead of Reinhardt is Iowa's Grand View University, which has won eight consecutive national championships.

“We’re going to travel and get the best competition we can get during the season so that, when we get to nationals, it isn't a surprise,” Bedard said. “We’re trying to win every time we step out there and, so far, it’s gone well. We have a lot of work still to do, but I’m definitely proud of what we’ve done so far.”