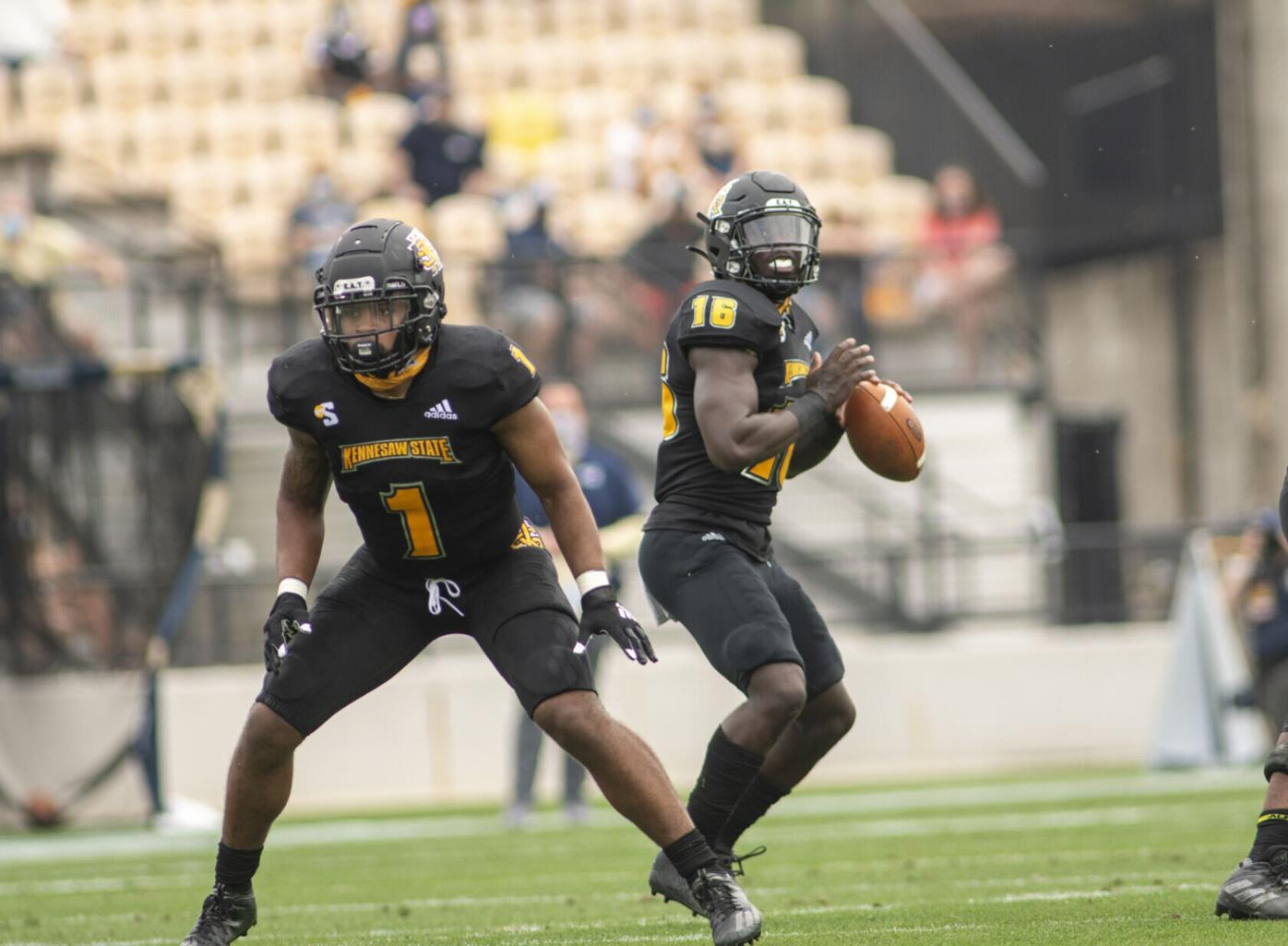 With Tommy Bryant out for the season, Jonathan Murphy (16) is set to take over as Kennesaw State’s quarterback in Saturday’s game against Robert Morris. 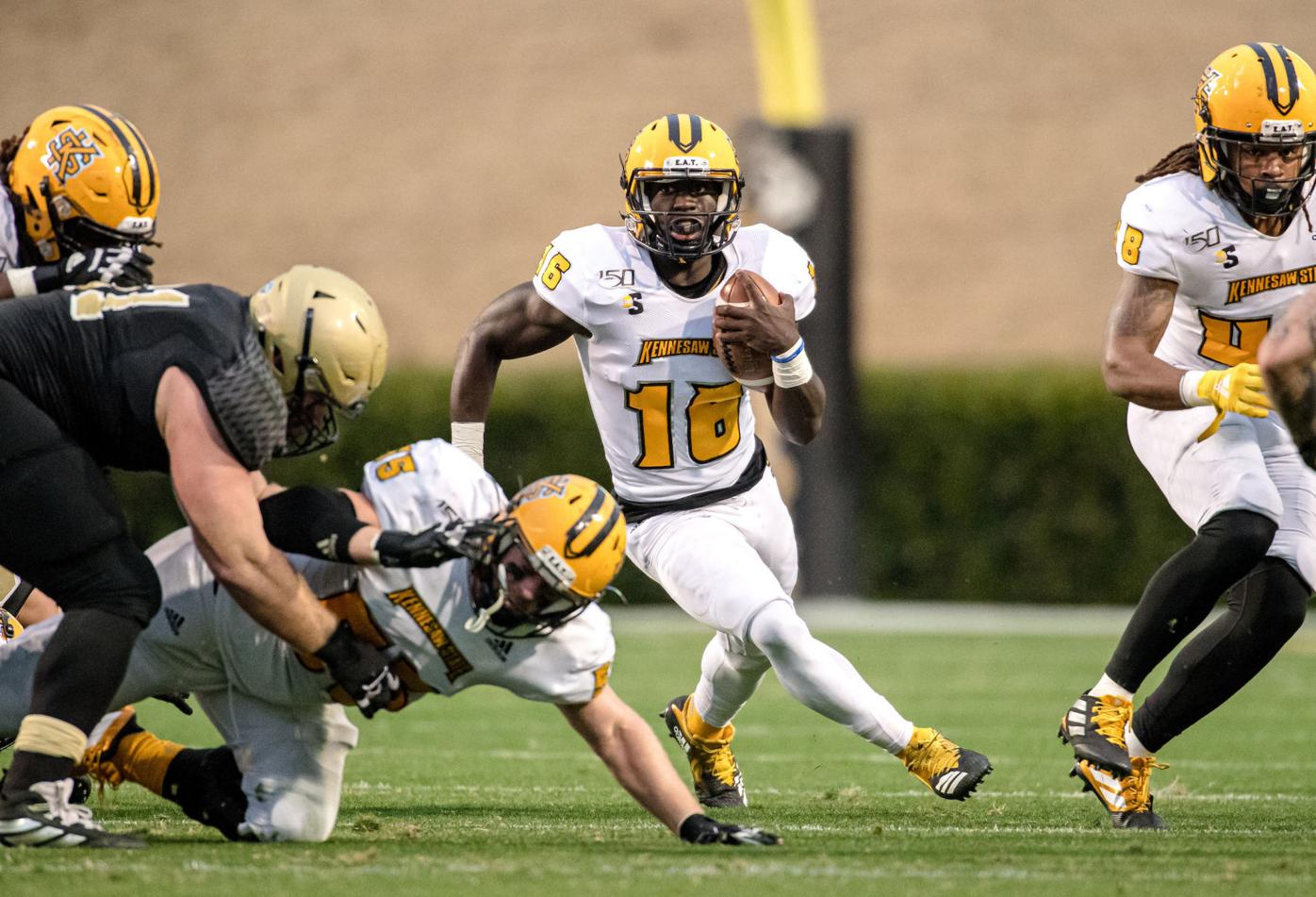 Kennesaw State quarterback Jonathan Murphy tries to break through the defense against Wofford. 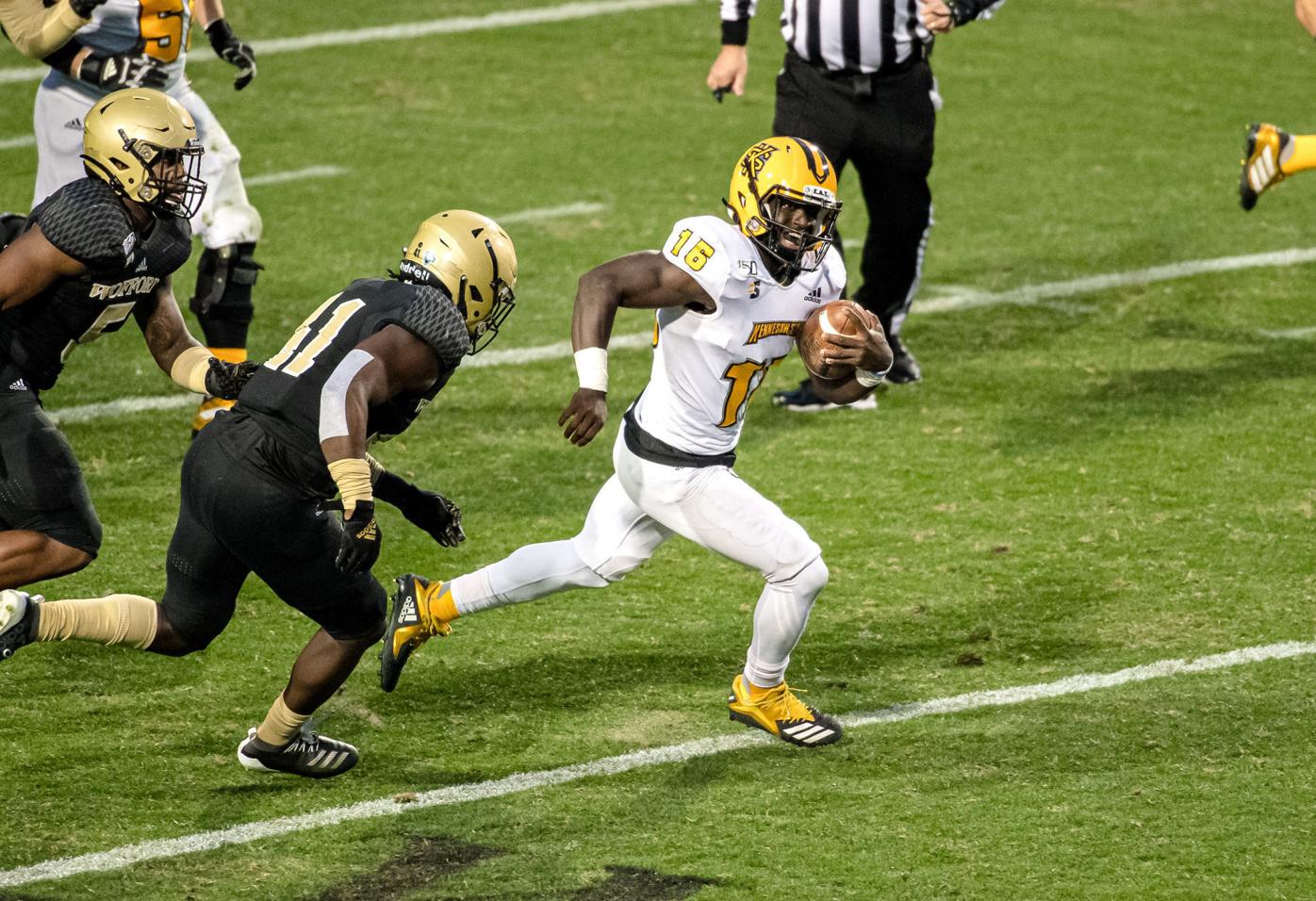 Kennesaw State quarterback Jonathan Murphy tries to break away from the defense against Wofford.

With Tommy Bryant out for the season, Jonathan Murphy (16) is set to take over as Kennesaw State’s quarterback in Saturday’s game against Robert Morris.

Kennesaw State quarterback Jonathan Murphy tries to break through the defense against Wofford.

Kennesaw State quarterback Jonathan Murphy tries to break away from the defense against Wofford.

The 6-foot, 195-pound redshirt sophomore from Los Angeles will likely take over as the starting quarterback for the injured Tommy Bryant Saturday when the Owls host Robert Morris at Fifth Third Bank Stadium.

Kickoff is scheduled for 1 p.m.

There was a question as to whether Murphy would be ready this week after getting injured against Charleston Southern on March 13. He did not play a week later after Bryant suffered a season-ending leg injury in the fourth quarter against Dixie State, leaving Xavier Shepherd to come off the bench to help secure the victory.

With an extra week to recover after the unexpected postponement of last week’s game against Gardner-Webb due to COVID issues within the Runnin’ Bulldogs’ program, Murphy is now listed at the top of the depth chart.

Before getting banged up, Murphy had run for 113 yards and a touchdown, and thrown for 108 yards and two scores against Charleston Southern. He really made an impression in 2019 when he came off the bench against Wofford in the opening round of the FCS playoffs and ran for 206 yards and three touchdowns in the Owls’ 28-21 victory.

When the Big South Conference announced last week that Kennesaw State’s game against Gardner-Webb would be postponed, it said it would work with both schools to try to reschedule the game at a later date.

To this point, Bohannon said the conference has not given him an update.

“I don’t have anything other than what everyone knows right now,” he said. “I don’t know anything else.”

After playing Robert Morris, Kennesaw State is scheduled to face Monmouth next week. The Owls are scheduled to be off the last week of the regular season, but Gardner-Webb is already scheduled to play Charleston Southern that week.

The FCS playoffs begin the week of April 24.

Last week’s game was the first game Kennesaw State had canceled by the effects of COVID-19, and Bohannon told his team to continue to expect the unexpected.

The Owls moved up one spot to replace future ASUN Conference rival Jacksonville State, which lost 13-10 to Austin Peay on Sunday.

James Madison continued to be No. 1, followed by North Dakota State, Weber State, South Dakota State and Sam Houston State. Other teams of note included the Gamecocks, who fell to No. 12, Chattanooga at No. 17 and Furman at No. 21. Monmouth and Gardner-Webb received votes.