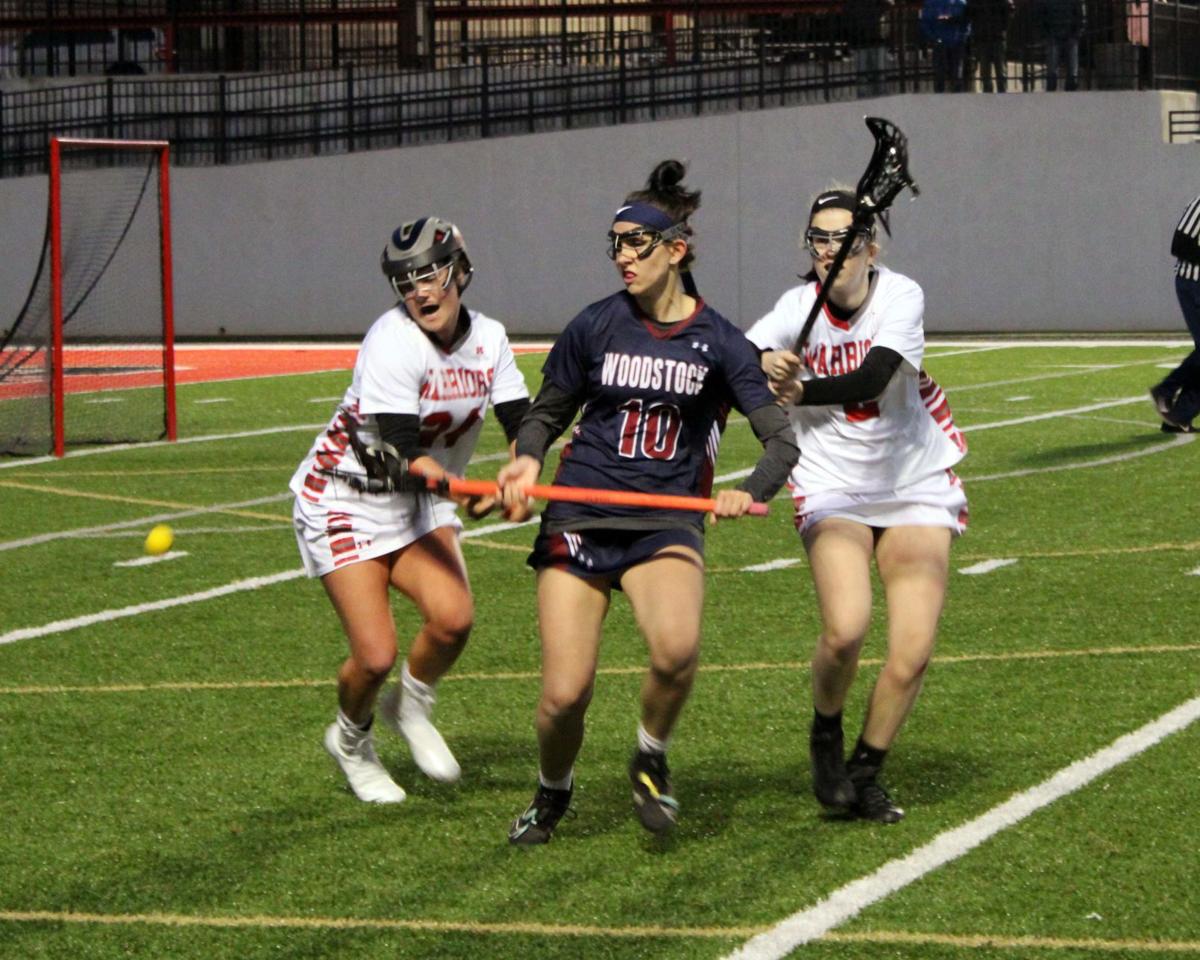 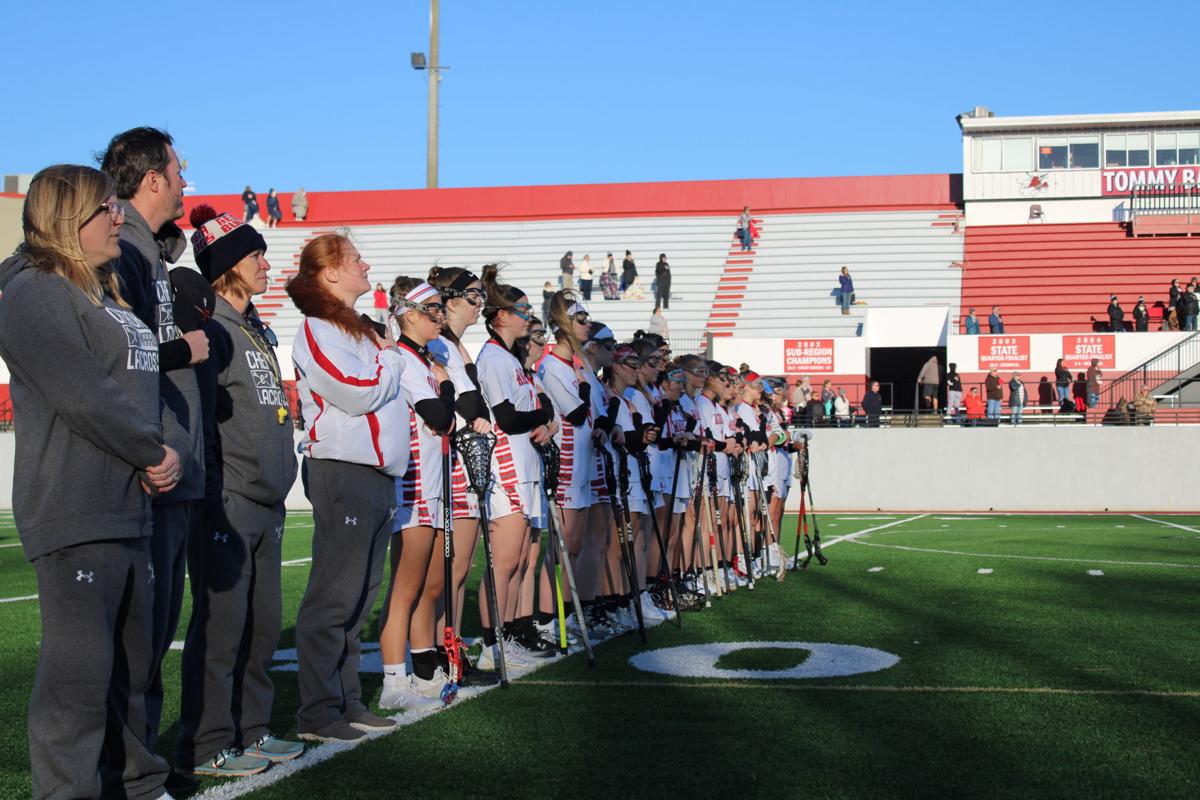 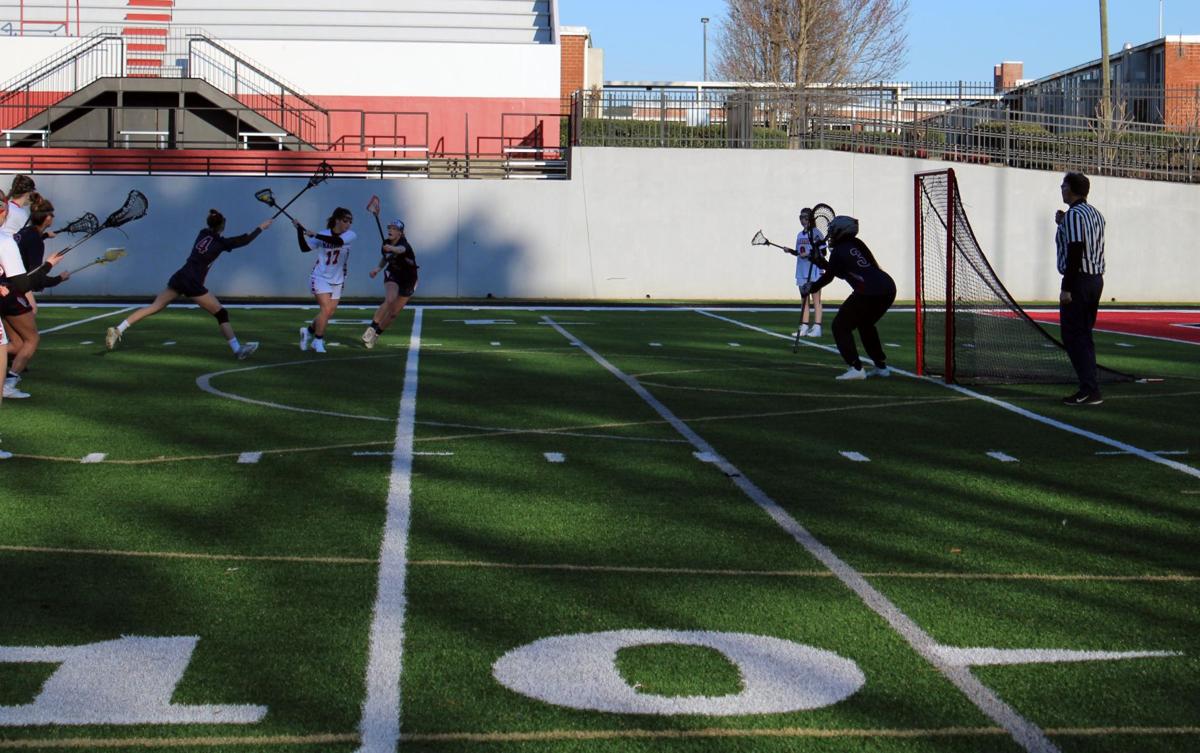 Cherokee's Lilly Stock takes a shot on goal during the first half of Friday's game in Canton. 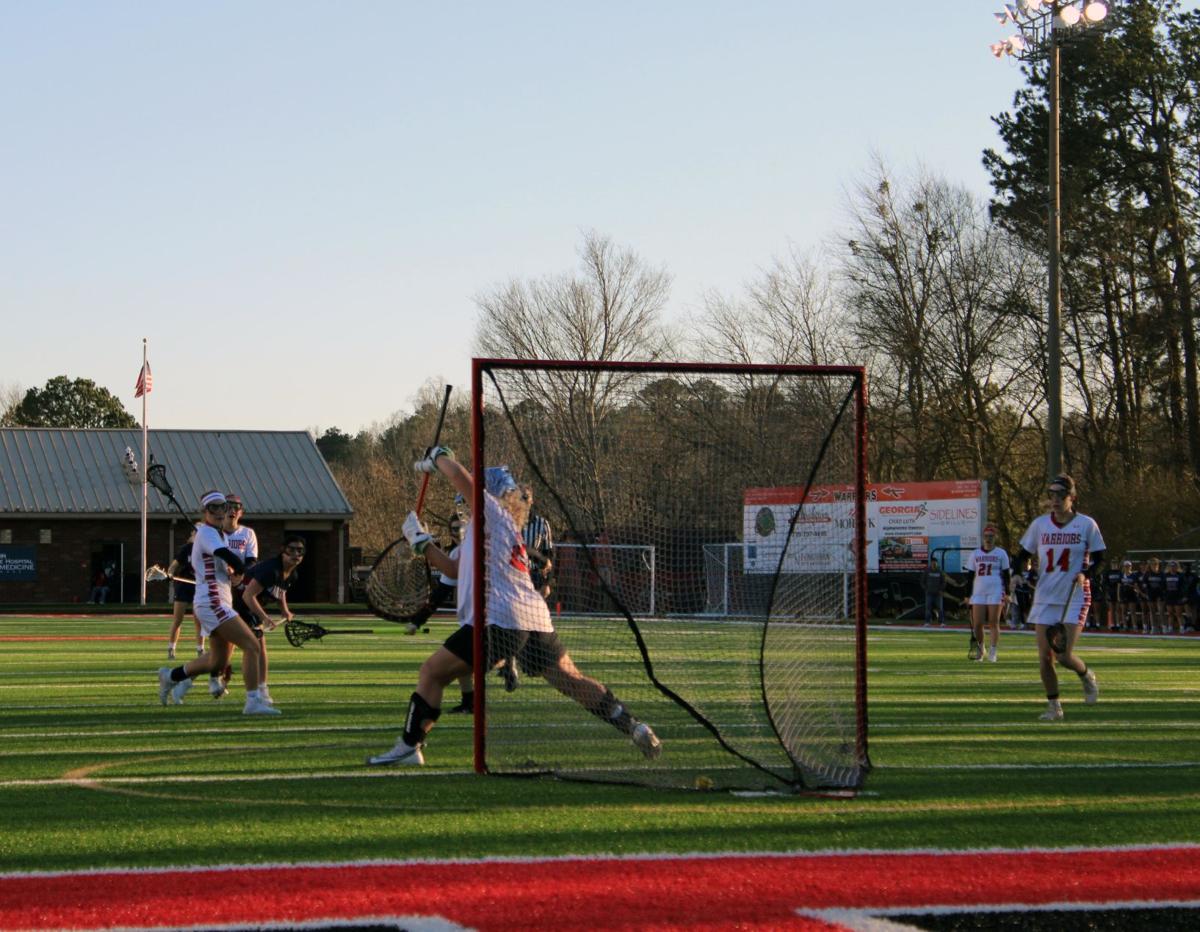 Cherokee freshman Hailey Darko makes a save during the second half of Friday night's game in Canton. 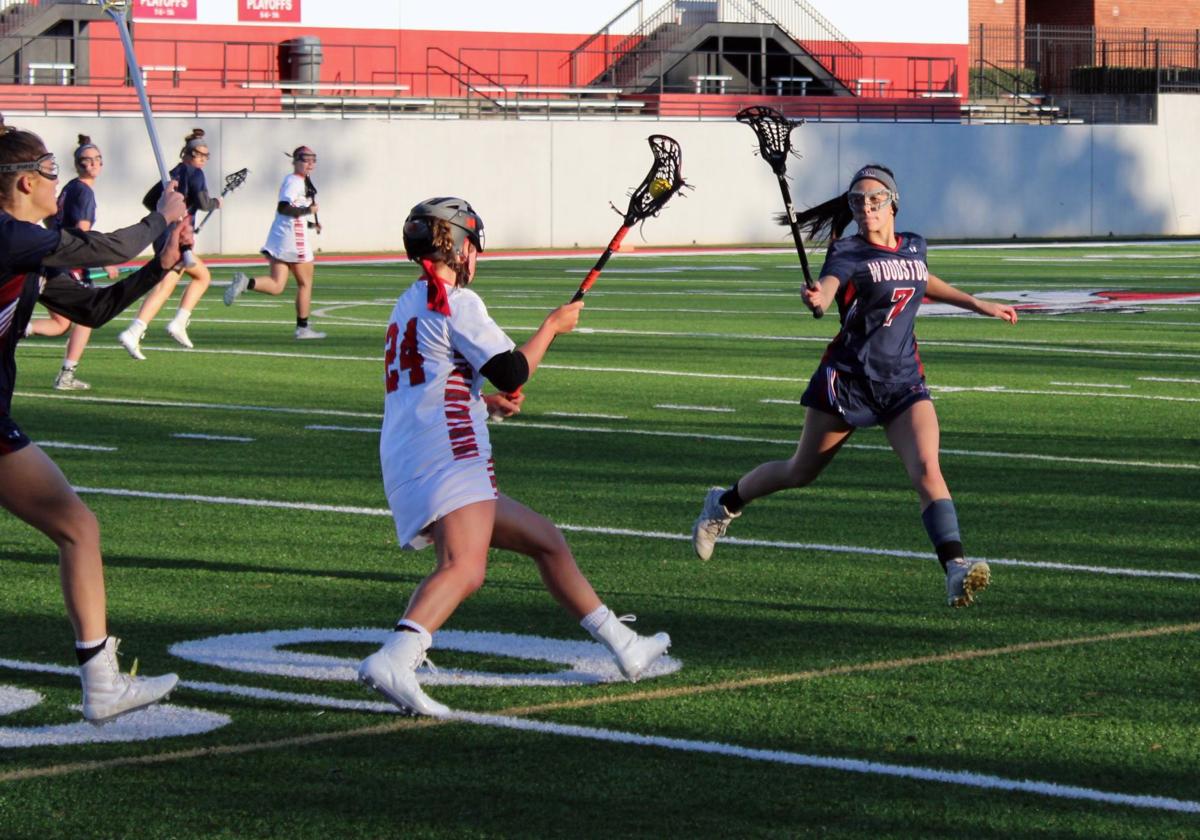 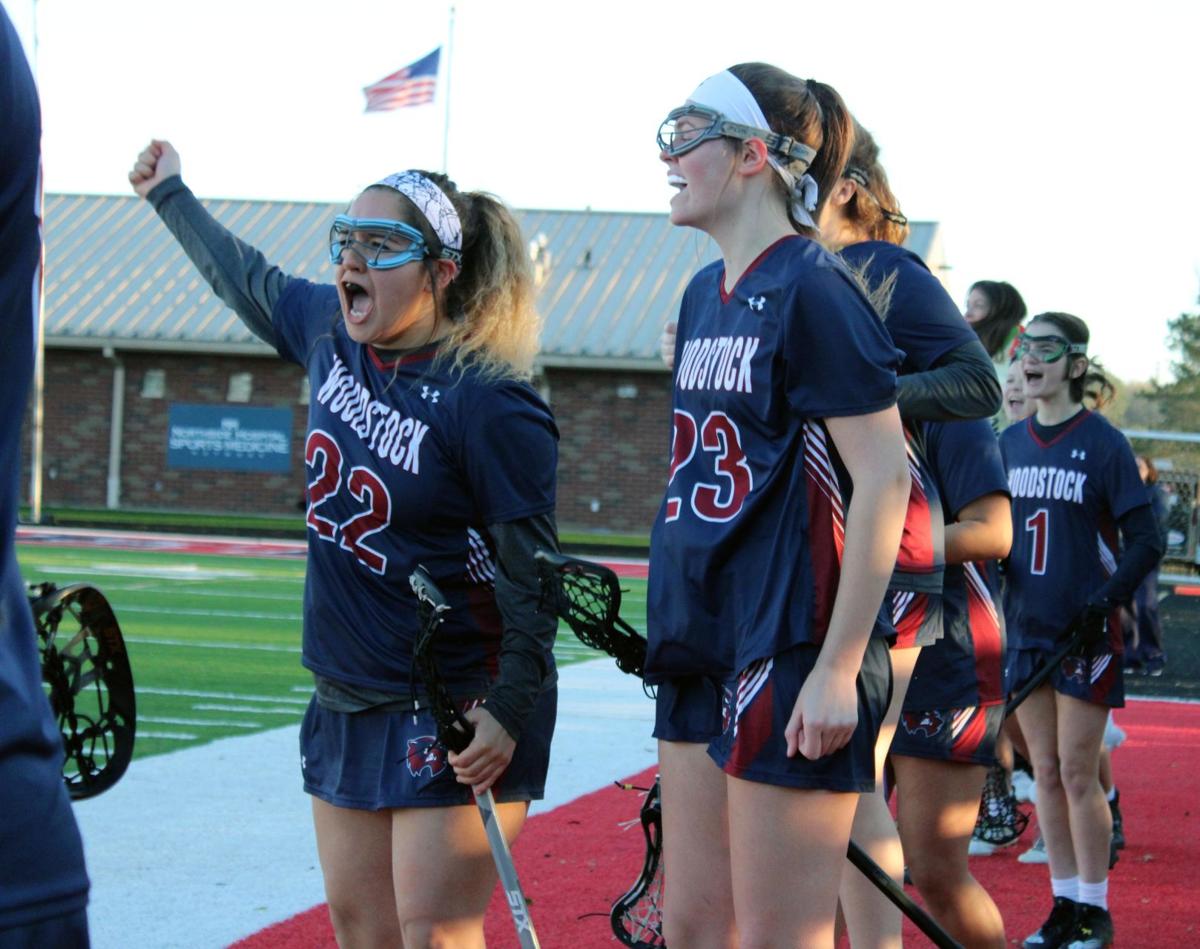 Woodstock senior Heidi Urena (22) and junior Maddie Dennigman (23) celebrate a goal during the first half of Friday night's game in Canton. 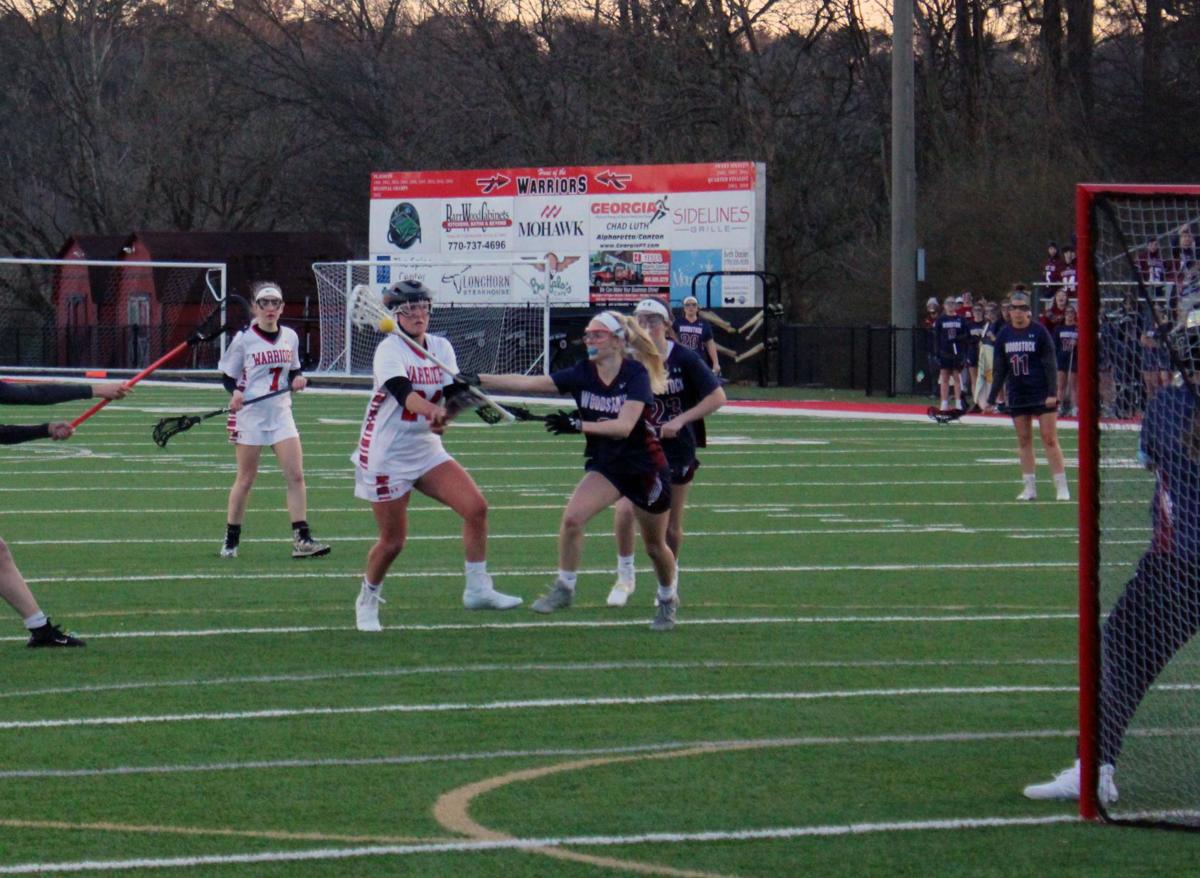 Cherokee senior Kylie Dunlap (left) takes a shot on goal during the second half of Friday night’s game in Canton. 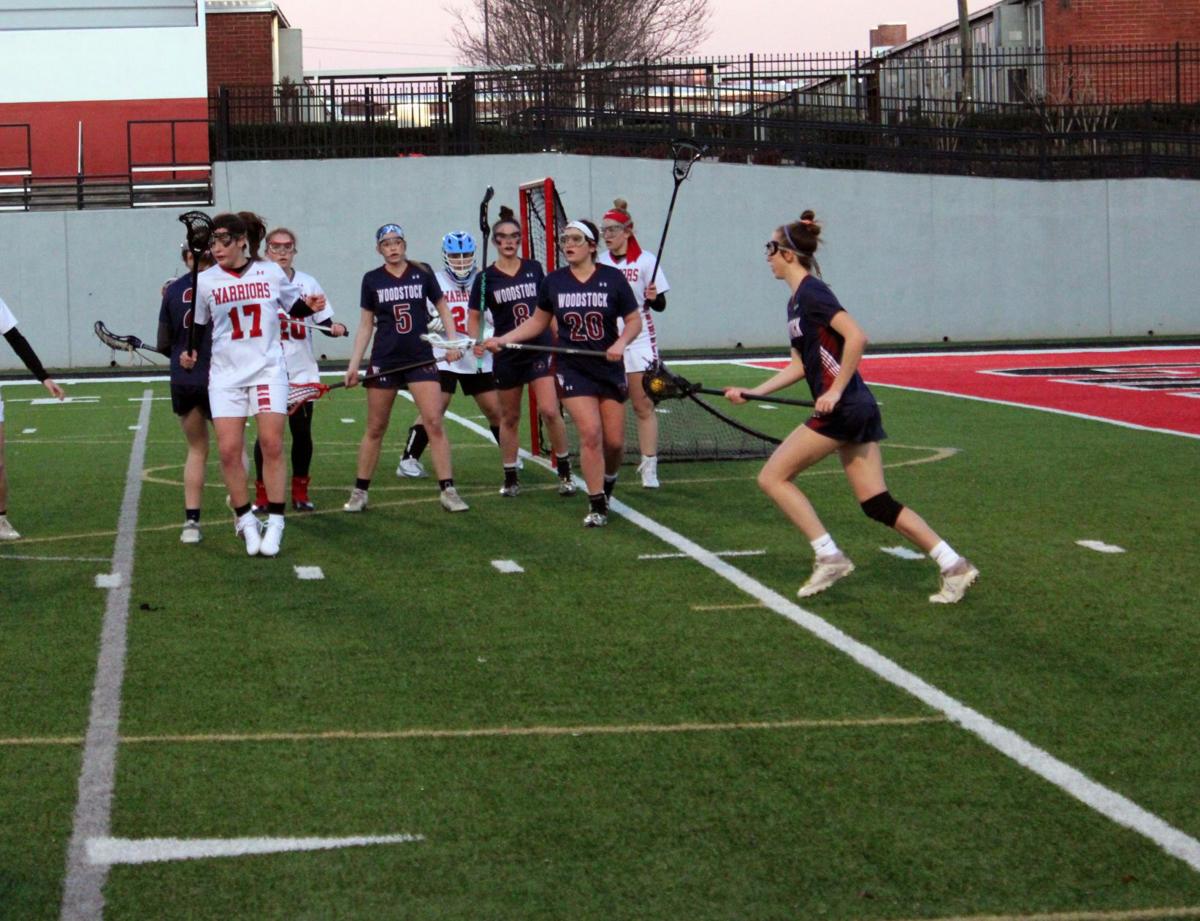 Woodstock sophomore Reece Morrish (right) attacks with the ball during the second half of Friday night’s game in Canton. 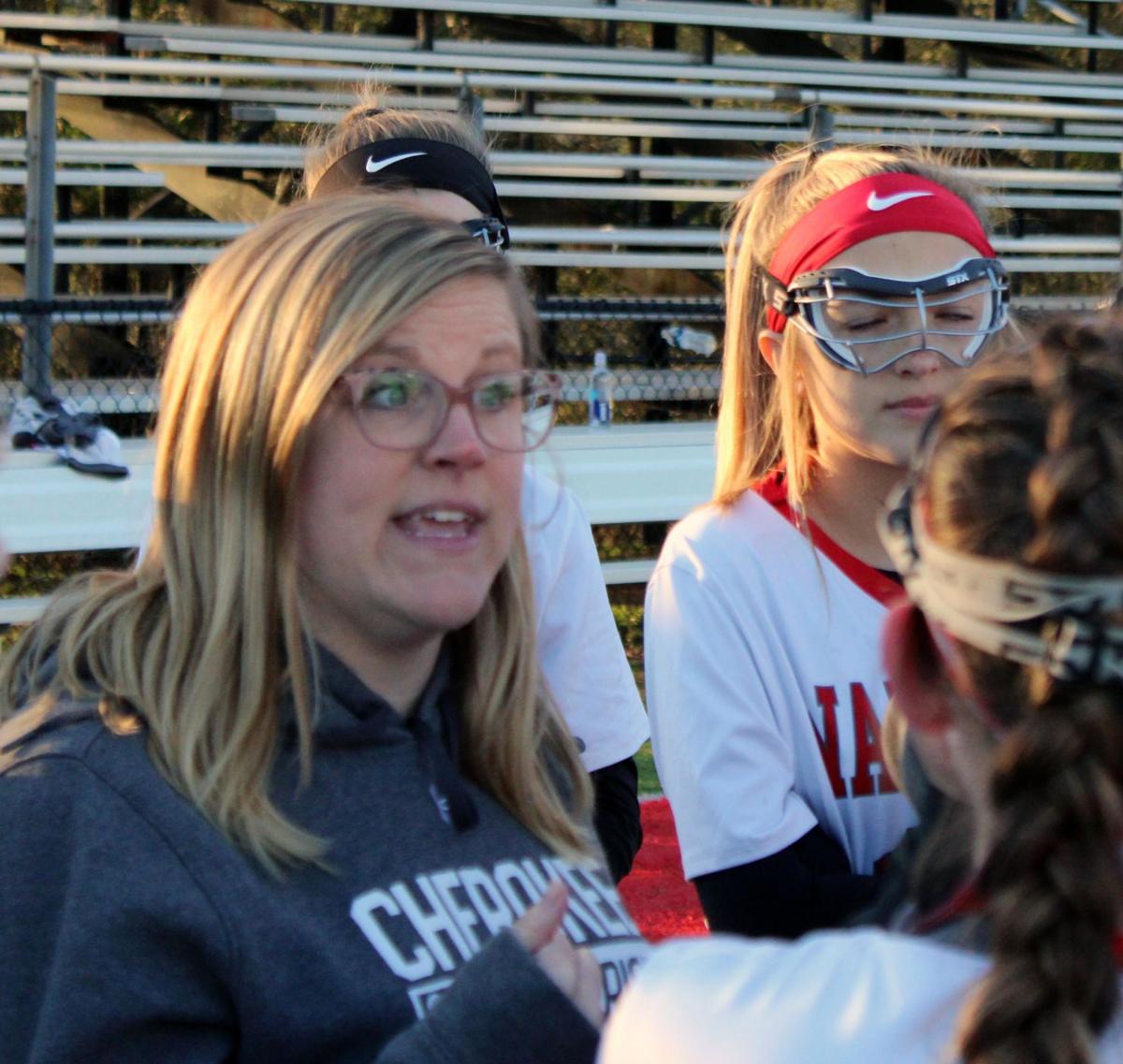 Cherokee girls lacrosse coach Jamie Hunt (left) talks with players during a timeout in the first half of Friday night's game against Woodstock.

Cherokee's Lilly Stock takes a shot on goal during the first half of Friday's game in Canton.

Cherokee freshman Hailey Darko makes a save during the second half of Friday night's game in Canton.

Woodstock senior Heidi Urena (22) and junior Maddie Dennigman (23) celebrate a goal during the first half of Friday night's game in Canton.

Woodstock sophomore Reece Morrish (right) attacks with the ball during the second half of Friday night’s game in Canton.

CANTON — A one-goal loss from a season ago was still motivation for a team looking for its first-ever playoff appearance.

Cherokee defeated Woodstock 9-6 on Friday night at Tommy Baker Field. The Lady Warriors (4-1, 2-0) remained unbeaten in Area 5 play and controlled the second half after a furious first-half comeback by the Lady Wolverines (4-2-1, 0-1). Once the final whistle was blown, the Cherokee coaches embraced each other and congratulated their players. It was possibly a pivotal win for the Lady Warriors, who last year fell just short of the playoffs and who are looking to make the program’s first-ever playoff appearance.

“This win is a big deal,” Cherokee coach Jamie Hunt said. “It was between us and Woodstock for the fourth spot in the playoffs last year so this year we just really wanted to get this one. Woodstock is a good team and one thing that we’ve always needed to focus on is being mentally tough and not playing other people’s games. That’s why we’ve lost in the past but this year our kids are unstoppable mentally.”

Through the first 10 minutes of the game it looked as though the Lady Warriors would run away from Woodstock. With the scored tied 1-1 less than four minutes into the game, Cherokee’s Emma Kirkman scored following a rebound in front of the goal. Cherokee scored the next three goals before Woodstock answered but the Lady Warriors added one more and led 6-2 with less than nine minutes remaining in the first half.

Woodstock, which entered Friday on a four-game winning streak while averaging 16 goals per contest, promptly made its run to close the half. The Lady Wolverines scored four-straight goals with sophomore Reece Morrish finishing the final score and the two teams went into the half tied 6-6.

“Our girls played hard and we came up short due to several factors,” Woodstock coach Casey Clouse said. “We will regroup and be ready for North Cobb on Wednesday.”

“I don’t know why but we’re a second half team,” Hunt said. “We stayed patient and calm in the second half and they got frustrated. We just reiterated what we had already talked about. Picking up ground balls, positive talk on the sidelines, purposeful passes, we just reiterated those things. In a situation like that you just have to stay positive. We stayed mentally tough, that’s really all it was.”