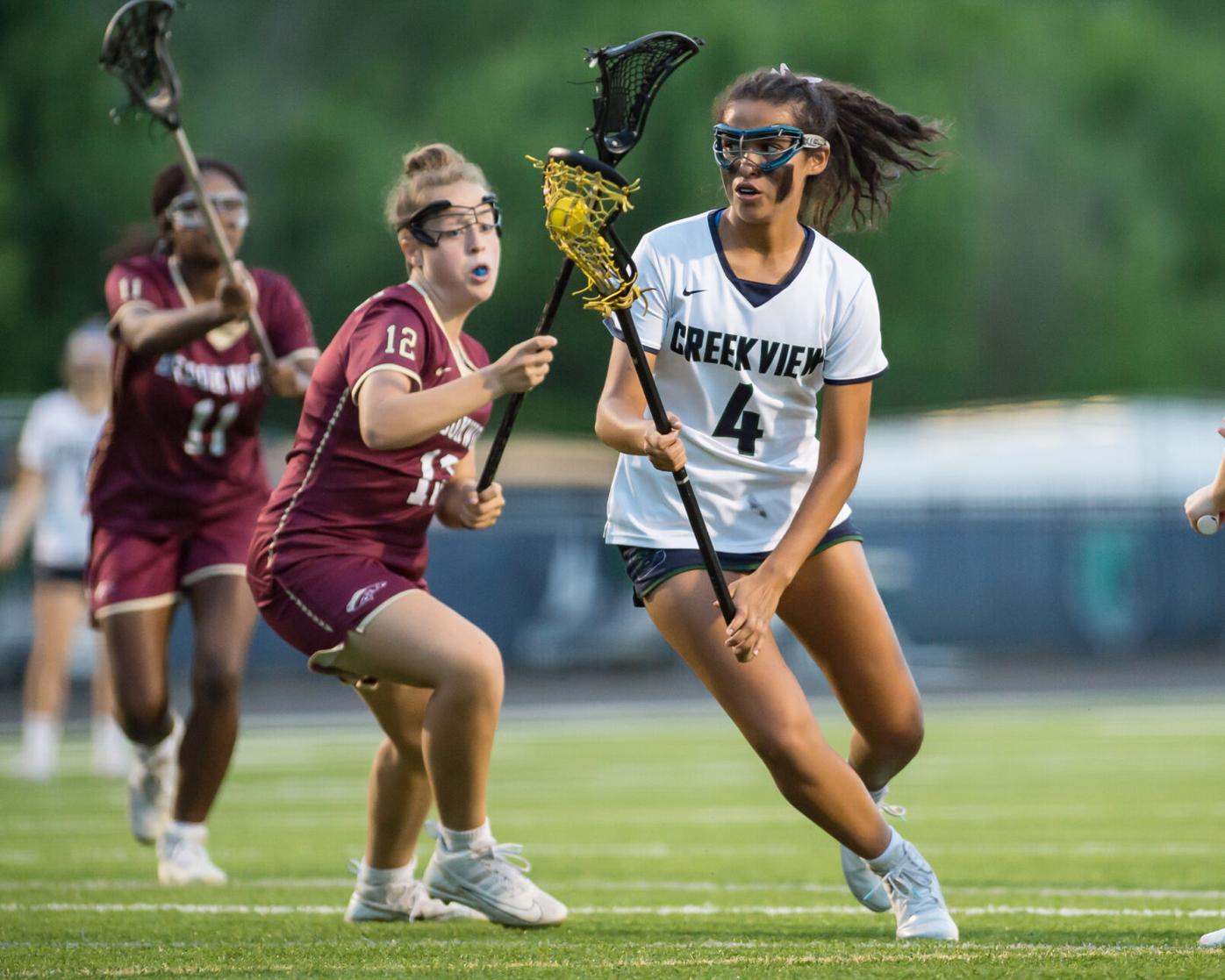 Creekview’s Maya Maldonado has been named the Cherokee County Girls Offensive Player of the Year by the county lacrosse coaches for the 2021 season. 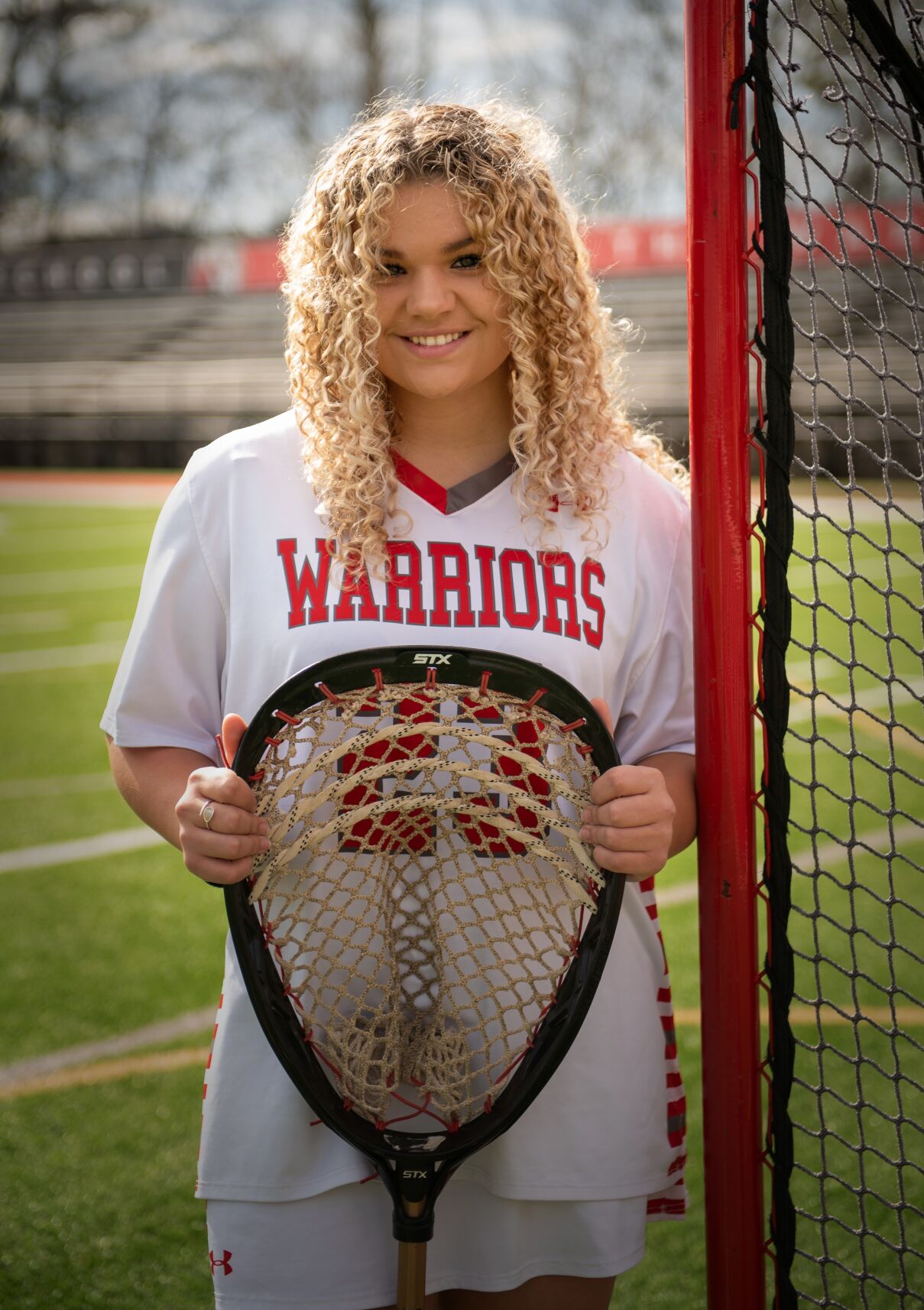 Cherokee’s Hailey Darko was named the Cherokee County Girls Defensive Player of the Year by the county lacrosse coaches.

Creekview’s Maya Maldonado has been named the Cherokee County Girls Offensive Player of the Year by the county lacrosse coaches for the 2021 season.

Cherokee’s Hailey Darko was named the Cherokee County Girls Defensive Player of the Year by the county lacrosse coaches.

“She is the glue for us. She gets us all lined up, situated and ready to go when we start running our offense,” Creekview coach Russell King said. “She’s a captain that leads by example, leads with her words.”

Maldonado said it took more than scoring ability to make a good attack player. She makes a point to keep her head up while driving toward the goal in order to find opportunities for assists, and she shoots only when an opportunity presents itself.

“I think a good attacking player is someone who can work with the team and is a team player,” Maldonado said. “On the field, whenever I go in, or if I drive, I’m always looking for the right opportunities, and I never just take it just because. I’m never selfish.”

King said Maldonado brings her “A” game every week, which shows up on the stat sheet in assists, goals and forced turnovers. She also plays a big role off the field, particularly in helping teammates learn the offense.

“Pretty much everyone on the team always comes to me if they have a question. They can always rely on me. They can always trust me,” Maldonado said. “If they ever need help with anything like that, I’m always the first one they’ll come to, especially on offense.”

The rising senior said she wants to continue developing her leadership and scoring skills during her final season at Creekview. After that, Maldonado will head to Mercer to play for the Bears while studying structural engineering.

Darko leads from the opposite end of the field in goal, a position she thrives at due to her aggression and intelligence.

“Her lacrosse IQ in general is just significantly higher than most high school-level athletes. She knows the entire game, so she’s not just playing in her circle,” Cherokee coach Jamie Hunt said. “She’s not scared of anything, and she’s not intimidated by any of these athletes on the offensive side of the ball who are twice her size and two years older than her.”

Darko said training in jiu-jitsu as a child helped her become competitively aggressive. The martial art also allowed Darko to develop hand-eye coordination and an appreciation for technique, all of which transferred well to lacrosse.

“I was always aggressive, so when I first started (lacrosse), my coach asked me to play goalie,” Darko said. “I just loved it so much. It was always fun to be almost like the quarterback of the field. I always liked the pressure on me to help my teammates.”

Darko felt that pressure this season after she sustained a concussion in practice and was forced to miss a region game against East Paulding, which Cherokee lost by one goal. She made it back for the next game to help the Warriors to a 11-7 win over Etowah.

“Unfortunately, my team lost the game,” Darko said. “I kind of took some of that pressure on myself, so I decided when I would come back out and play my absolute hardest and better than I have, just to prove to my teammates that I was back for them.”

Darko, who helped Cherokee make it to the second round in the Class 6A/7A playoffs, said she puts pressure on herself to perform off the field, though she said she enjoys all the time she spends studying the game, watching highlights, taking lessons and working out.

“I think, when we practice in-season, those practices and everything we do like that is fun for her because she does all of her powerhouse work on her own time,” Hunt said. “Her goal is to be a Division I goalie, and in order to do that, practicing for her high school team isn’t enough, and she knows that.”