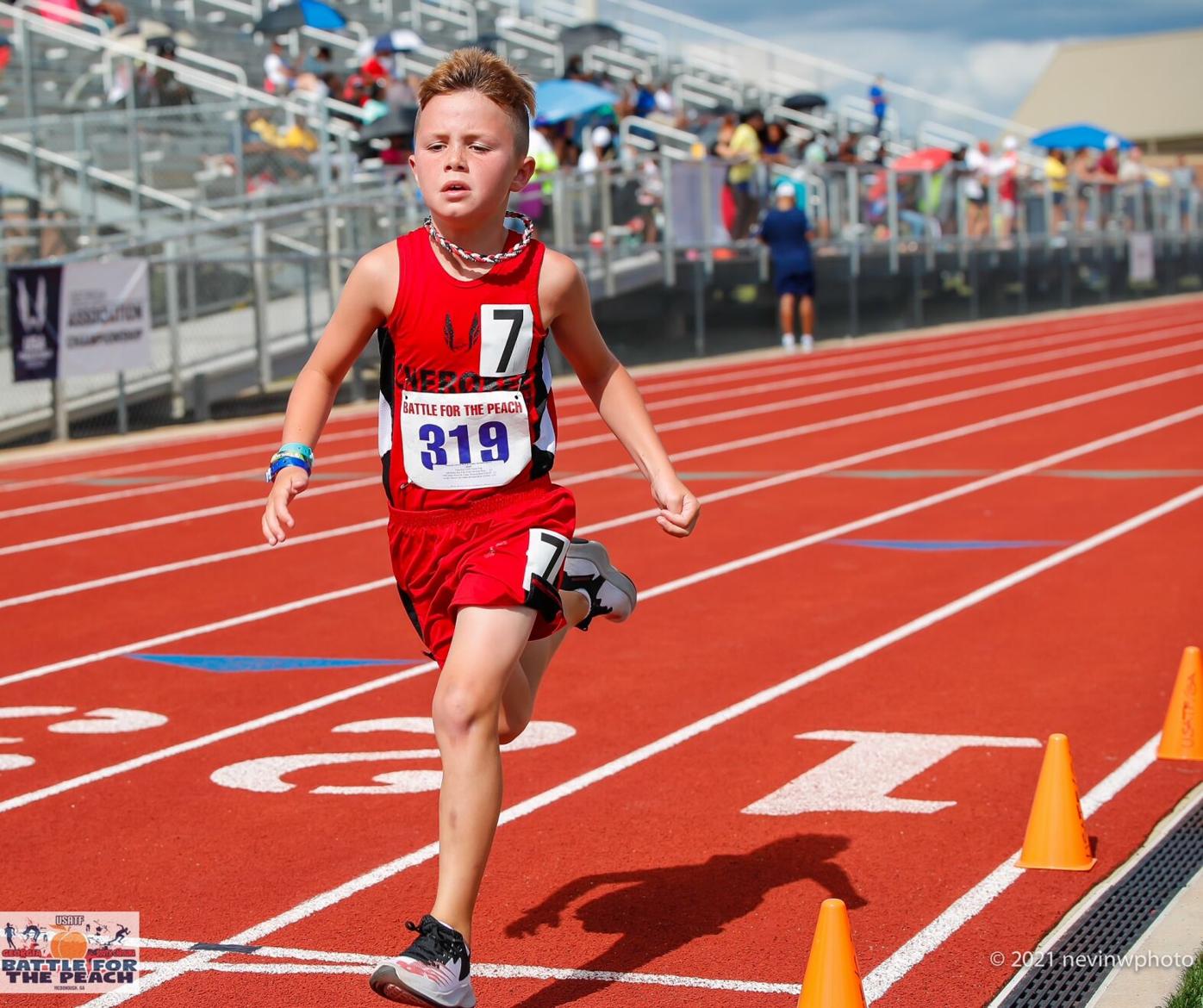 Oliver Duncan, a third-grader at Liberty Elementary School in Canton, will compete in the USA Track and Field Junior Olympics, which begin Monday in Jacksonville, Florida. 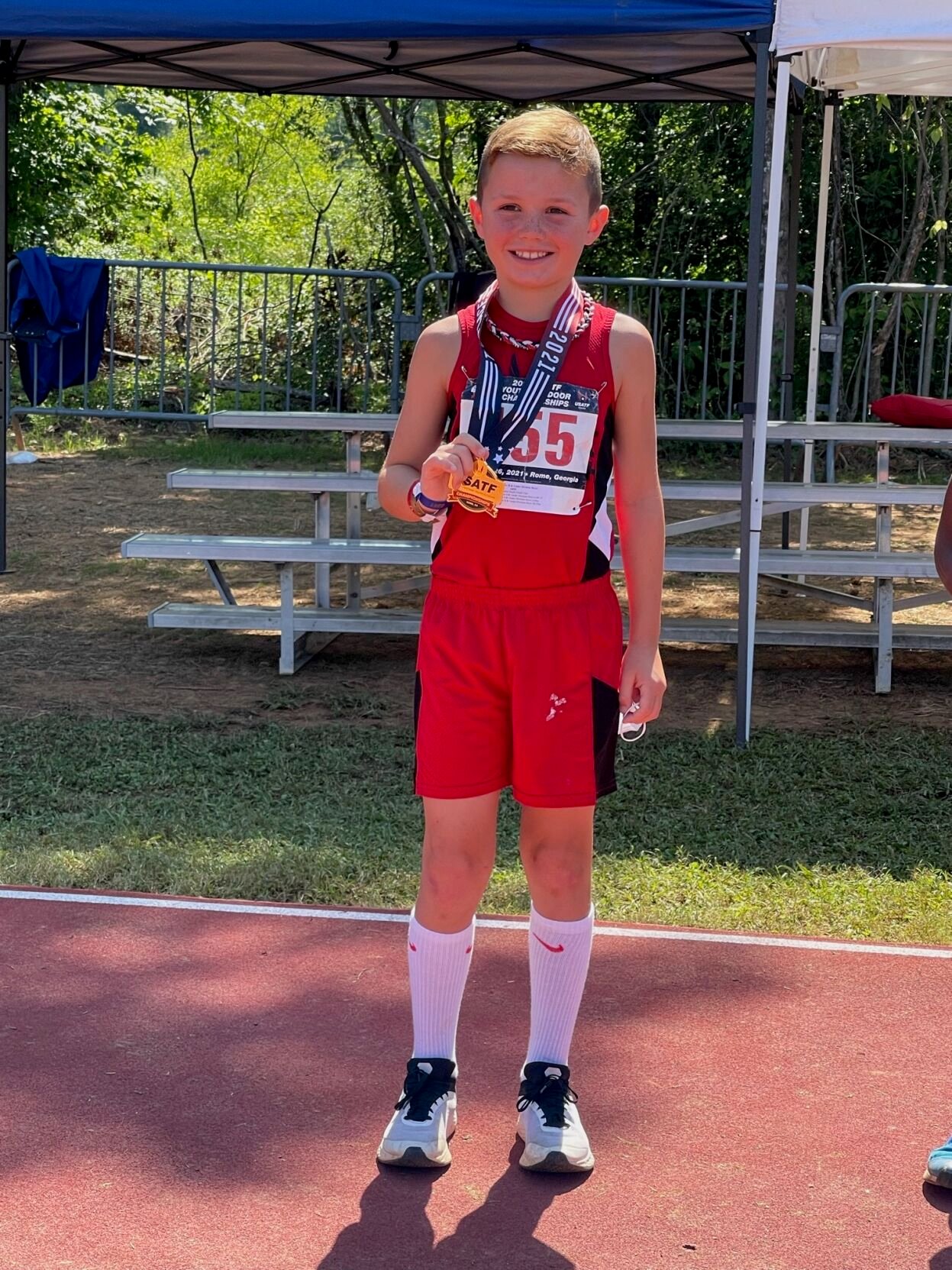 Oliver Duncan will compete in the USA Track and Field Junior Olympics in Jacksonville, Florida, from Monday through Aug. 1.

Oliver Duncan, a third-grader at Liberty Elementary School in Canton, will compete in the USA Track and Field Junior Olympics, which begin Monday in Jacksonville, Florida.

Oliver Duncan will compete in the USA Track and Field Junior Olympics in Jacksonville, Florida, from Monday through Aug. 1.

Following his first true season of track and field experience, Oliver Duncan is slated to compete in the 8-and-under division of the USA Track and Field Junior Olympics.

The Liberty Elementary School third-grader will be at the competition in Jacksonville, Florida, which is slated to begin Monday and continue through Aug. 1.

Duncan is ranked No. 1 in the state for his age group in the 1,500-meter run. His personal record is 6 minutes, 9.37 seconds — nearly 3 seconds ahead of the second-place mark.

Duncan also captured a gold medal in his first and only 800-run race at a USATF invitational meet in McDonough. He now heads to Jacksonville with his eyes set on the national stage.

Duncan is a year-round athlete outside of track and field. He runs cross country, plays baseball and basketball and is considering soccer.

“Most times, he was going to track and field and then, after that, he was changing in the car into his baseball uniform to go play a three or four-game tournament over the weekend,” Duncan’s father, Brian, said.

Oliver Duncan also competes in the javelin, where an average distance for athletes his age is around 30-40 feet.

Duncan, however, throws 60 feet. In a regional qualifying meet in Rome, he added another 15 feet to his already head-turning distance.

That sharp improvement came when Duncan faced another athlete his age with similar power.

“He knew going into the event in Rome that there was a kid coming up from Florida that was throwing about the same 60-62 feet he was,” Brian Duncan said. “He would get out there after school or camp and he would go practice with his coach for a couple of hours.”

Brian Duncan said he is confident his son will perform well at the Junior Olympics. He thinks Oliver has a chance to crack the top five in the javelin and potentially finish in the top eight of the 1,500.

Commitment is a trait of Oliver Duncan that stands out, especially among athletes his age.

Brian Duncan said he believes his son’s coaches at the Cherokee Youth Track Club have made a significant difference in his development and commitment to running. That drive to train and compete leads him to one of the nation’s top meets for his age group.

“Last night, it was pouring rain, and I told him we did not have to train tonight,” Brain Duncan said. “He made me run through the woods on a three-mile trail run. We were covered in mud, and he was looking for hills to run.”