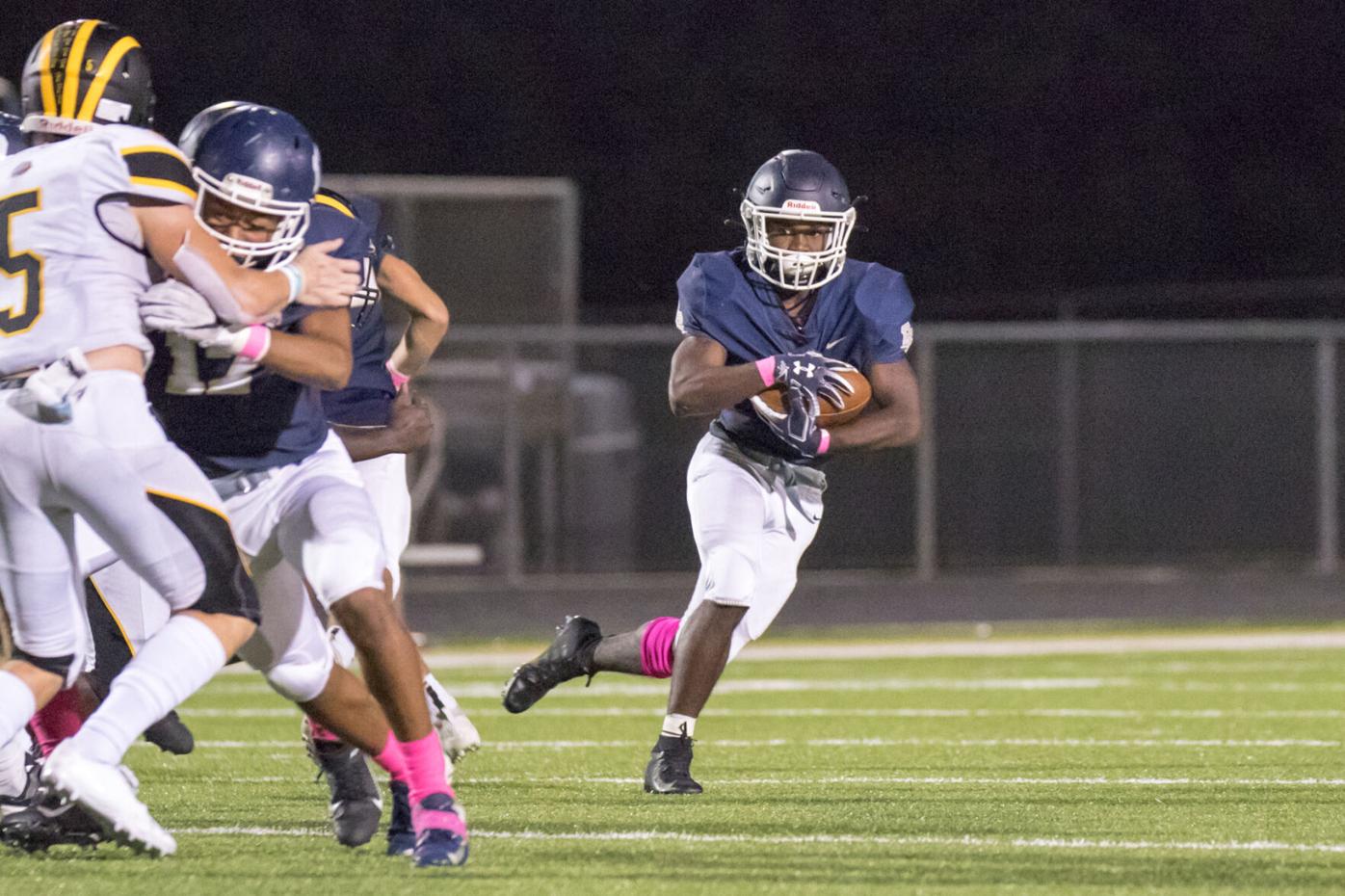 Running back Amehre Morrison will try to help lead River Ridge into contention in the new Region 7AAAAAA. 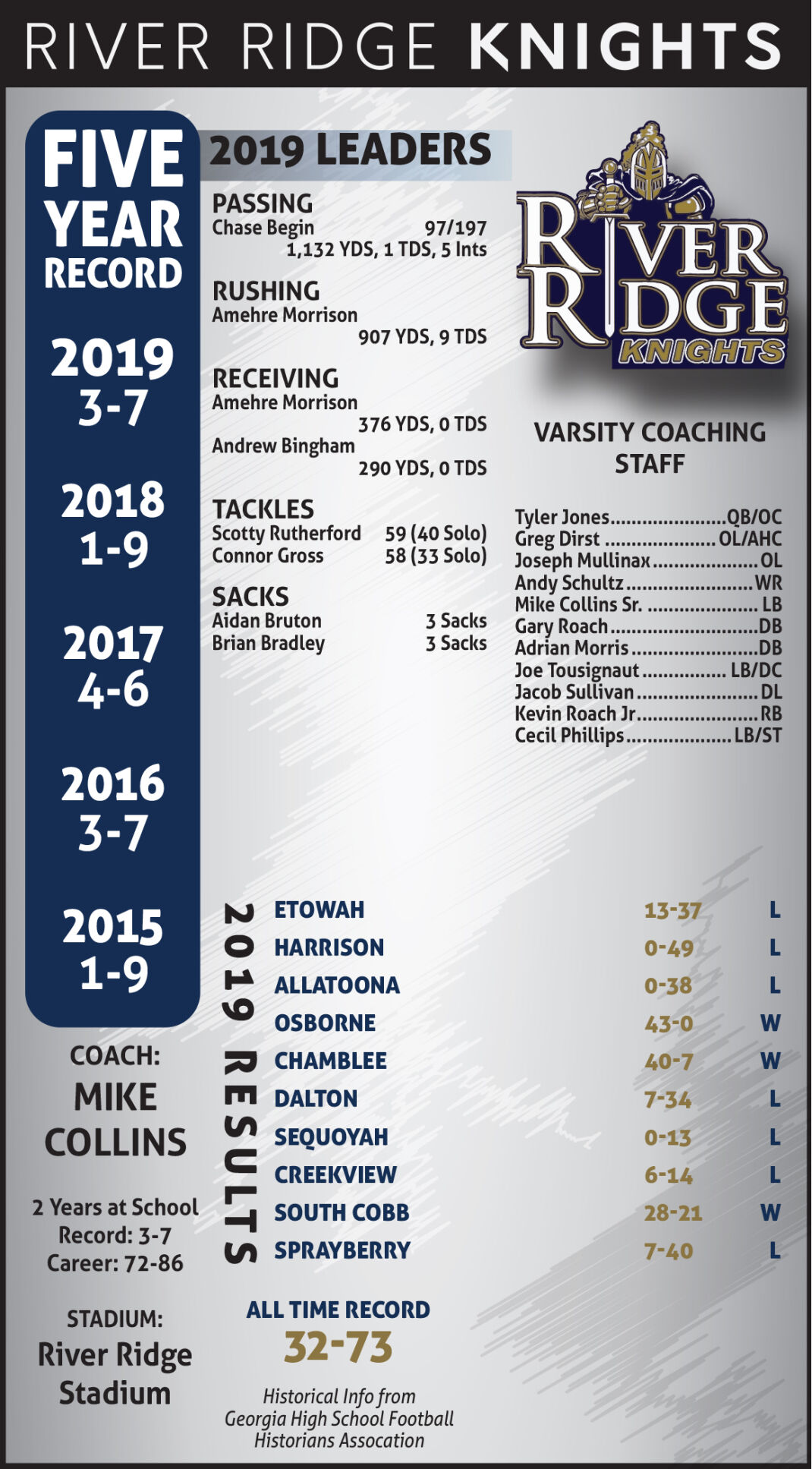 Running back Amehre Morrison will try to help lead River Ridge into contention in the new Region 7AAAAAA.

When Mike Collins began his first season as coach at River Ridge last year, he knew that a lot of the time was going to be dedicated to laying the groundwork for his style of play.

Collins inherited a young team, outside of several leaders that included then-senior quarterback Chase Begin, and he expected gains by the end of the season. Collins was ecstatic with how the Knights ended the 2019 season and have picked up where it left off heading into this fall.

“We have a blueprint we have to stick to,” Collins said. “This was as best an offseason I’ve had as a coach.”

Part of that blueprint includes getting stronger and faster off the field. Even though River Ridge’s record only improved by two wins last season, Collins believes he has a core in place to take the team to the next level.

“Most games are won and lost in the weight room,” Collins said. “I’ve got some older guys now that are also just getting naturally stronger.”

Collins said his players set numerous weight records, and he was impressed how they were able to maintain their strength at home while coping with the coronavirus.

“(We did) virtual workouts, which changed based on access to weight equipment,” Collins said. “I saw (my players) posting things and workouts on Twitter.”

Overall, Collins is optimistic about the season, and he is confident his team is going to continue performing. He said he recognizes the loss of Begin is tough, but he is also ready to help new starter, junior Carson Lathem.

“Carson’s going to be given the keys,” Collins said. “He is one of the smartest players I have ever coached.”

Collins added that he is a firm believer that players, and especially quarterbacks, need two to three seasons to fully understand a coach’s system, and Lathem is beginning to understand Collins’ system better than any player he has coached.

Outside of role changes and off-the-field work, Collins said he has made the playing style a lot smoother.

“I’m keeping things simple to help them all play faster,” he said. “We’re more aggressive and efficient in tackling on defense.”

Collins said his players are specifically excited for this season, both because of the momentum the team is building and the individual work the players have put in due to coronavirus restrictions. Collins is ready for the new Region 7AAAAAA, and while he said he does not know what exactly to expect from new rivals Chattahoochee, Cambridge, Riverwood and Johns Creek, he is looking forward to the Lassiter opener as a sign for what the season holds.

“We’re ready to finally get the helmets on and work,” Collins said.