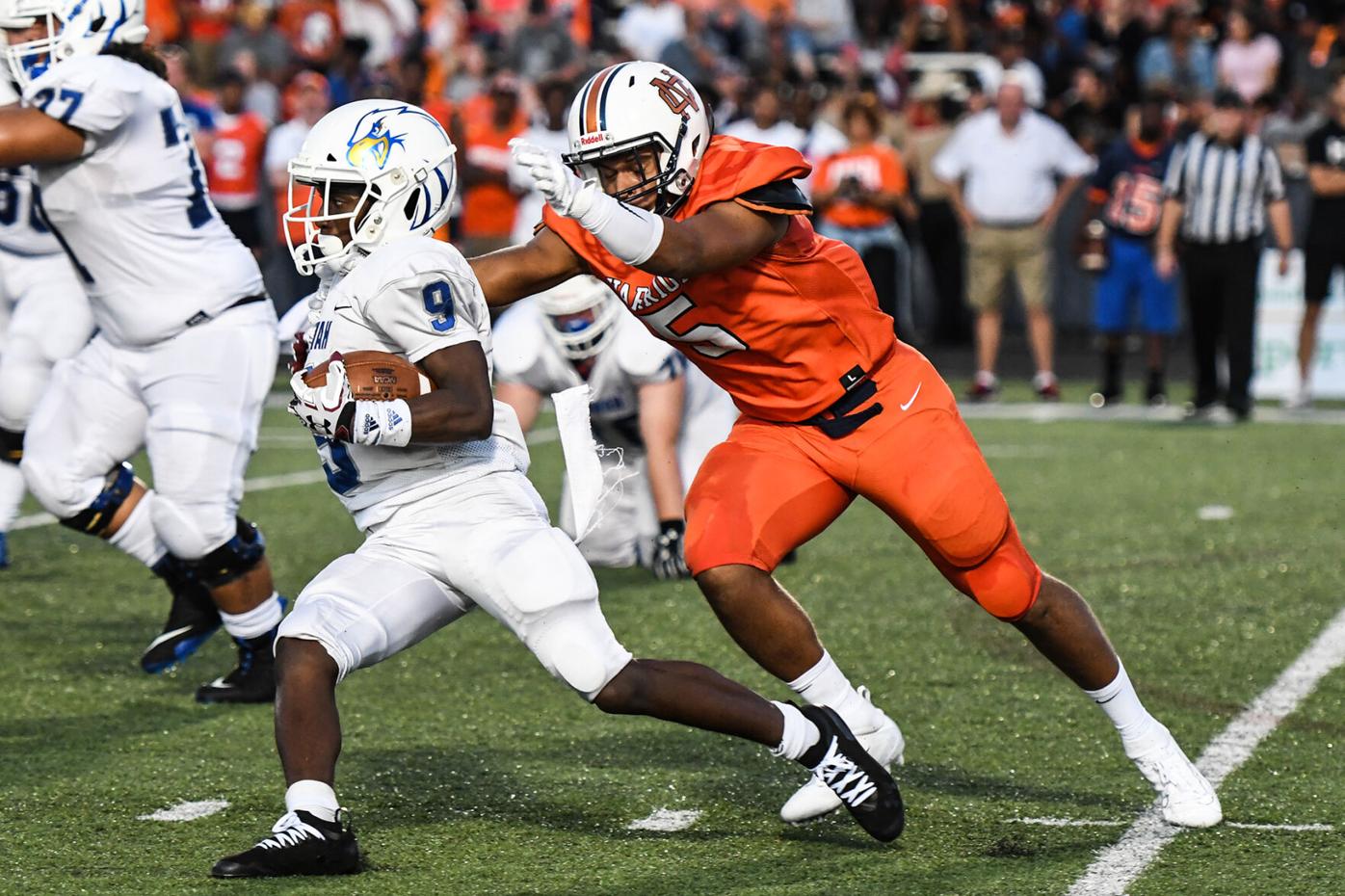 Remington Adams will be one of a committee of running backs who will help guide the Etowah offense this season. 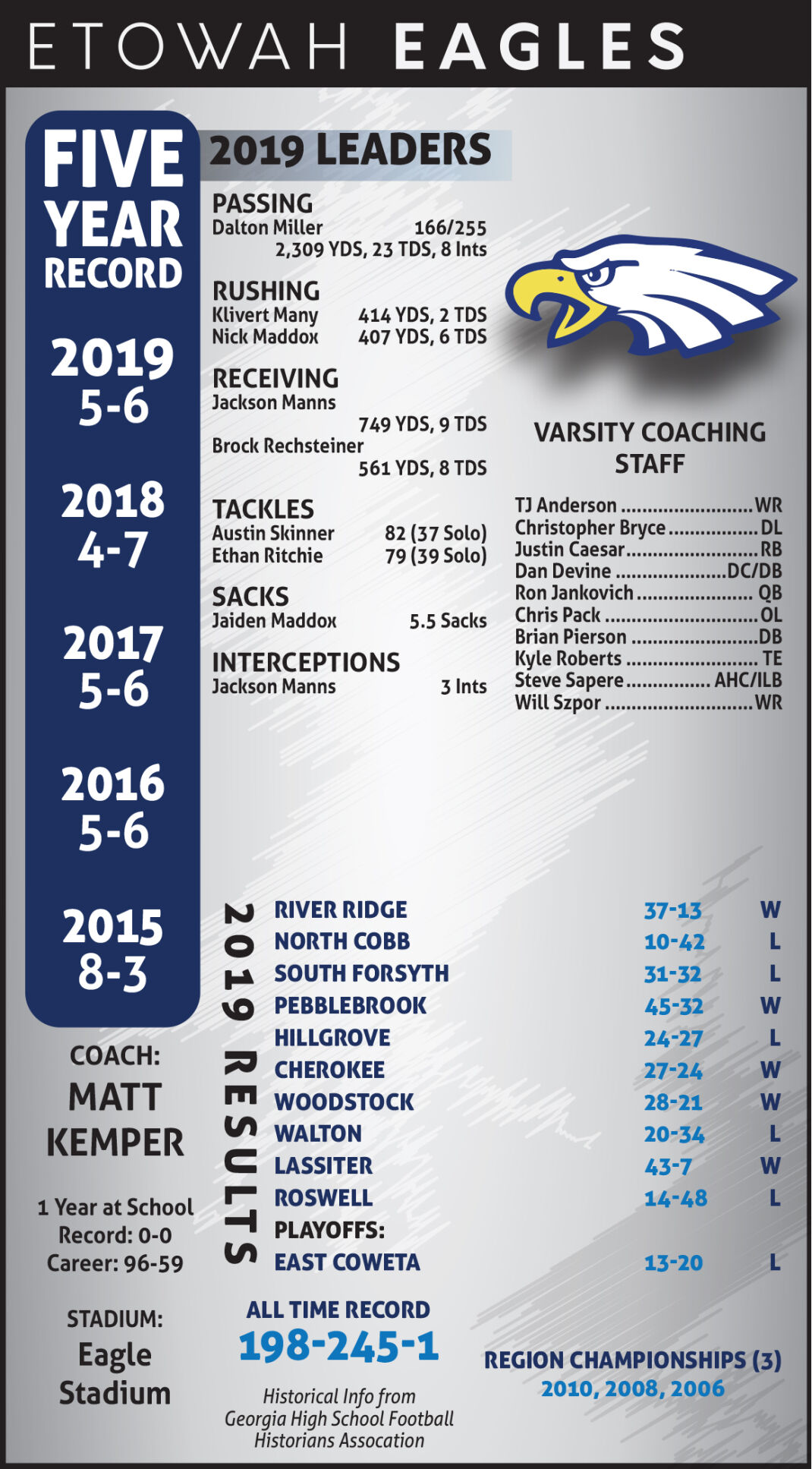 Remington Adams will be one of a committee of running backs who will help guide the Etowah offense this season.

Matt Kemper’s primary expectation for Etowah in his first year as coach is simple — take the program from “good to great.”

“‘Good to great’ is about (fixing) the smallest of details,” Kemper said. “There’s nothing too small for us to overlook, whether it’s our attitude in the classroom, or saying, ‘That’s supposed to be a 3½-inch step, not a 4-inch step.’”

Etowah is entering the 2020 season after seven straight playoff appearances, but it has not finished with a winning record since 2015. The streak of playoff berths is enough for Kemper to say he does not think a complete rebuild is necessary.

Keeping the majority of the coaching staff from predecessor Dave Svehla’s staff proves Kemper means it.

Much will remain the same defensively for Etowah as Dan Devine is returning for his second season as defensive coordinator. Last season, the Eagles allowed more than 27 points per game, and Kemper said that will have to improve if the Eagles are to have a successful fall.

“Because of the lack of time we’ve had (this offseason), if you can’t rely on your defense to play well, then you’re in trouble,” Kemper said. “Our offense is going to take time to jell.”

It bodes well that the defense is returning more starters than the offense, beginning with third-year starter Lane Cantrell and first-team all-region honoree Austin Skinner at linebacker.

Leading the secondary is senior cornerback Trevor Fair, who was also a first-team all-region selection last season. Fair might also be utilized as a punt and kick returner on special teams.

While the defense seems to be set for the season, Etowah’s offense is replacing multiple starters at vital positions, as well as learning a new system. Possibly the biggest challenge for Kemper this season is replacing all five starters on the offensive line from last season.

Etowah will not have to worry much about the running back position.

Because spring practice and part of summer workouts were canceled due to the coronavirus pandemic, Kemper said he is still unsure who will replace first-team all-region quarterback Dalton Miller, but the battle is down to three players — juniors Braden Bohannon and Dawson Heck, along with sophomore Will Curcio.

“It’s a wide-open competition right now,” Kemper said, “and I don’t think anything will be settled for some time because we (haven’t) evaluated them in a true full-team setting.”