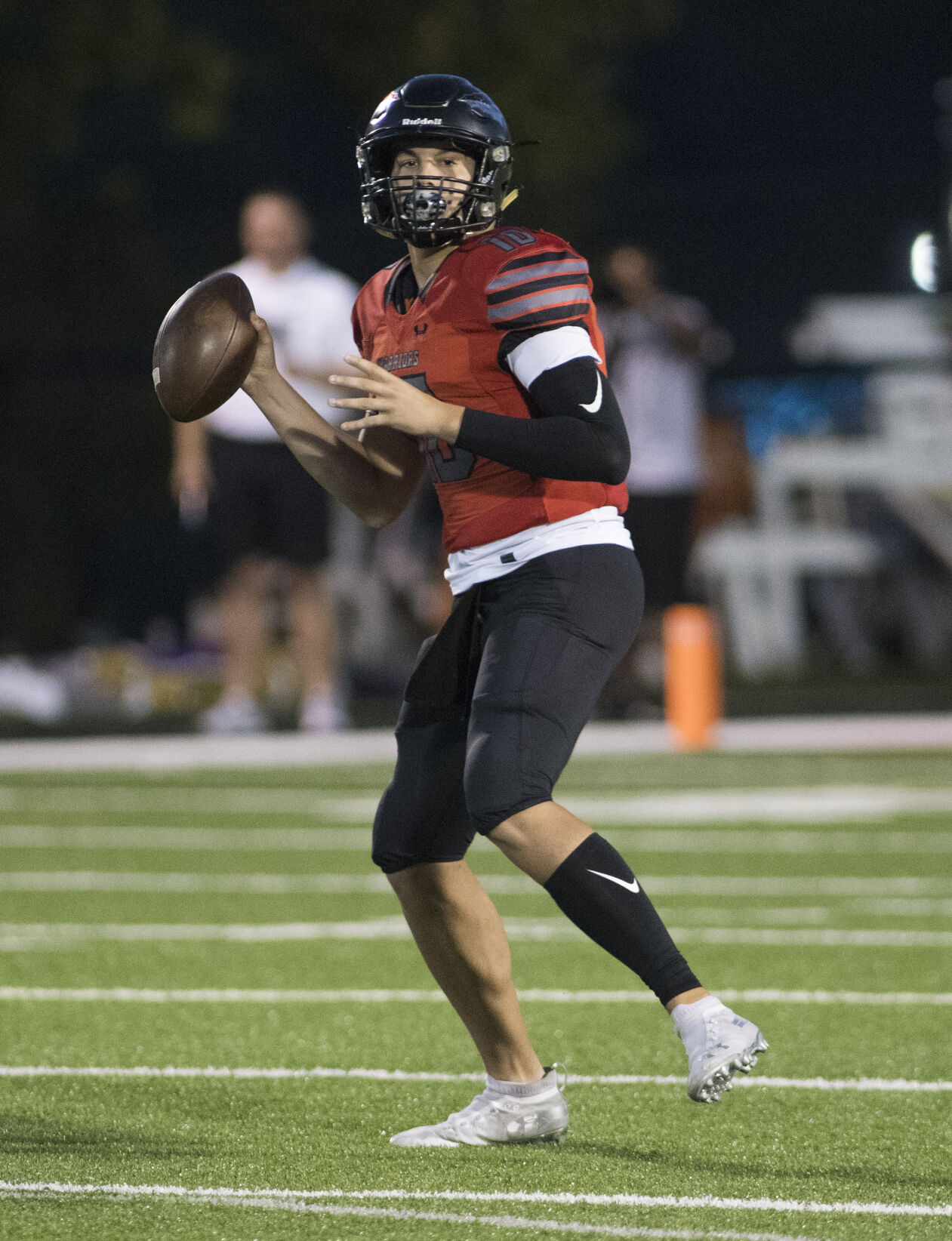 Cherokee quarterback A.J. Swann is back to help lead the Warriors to the top of their new home in Region 5AAAAAAA. 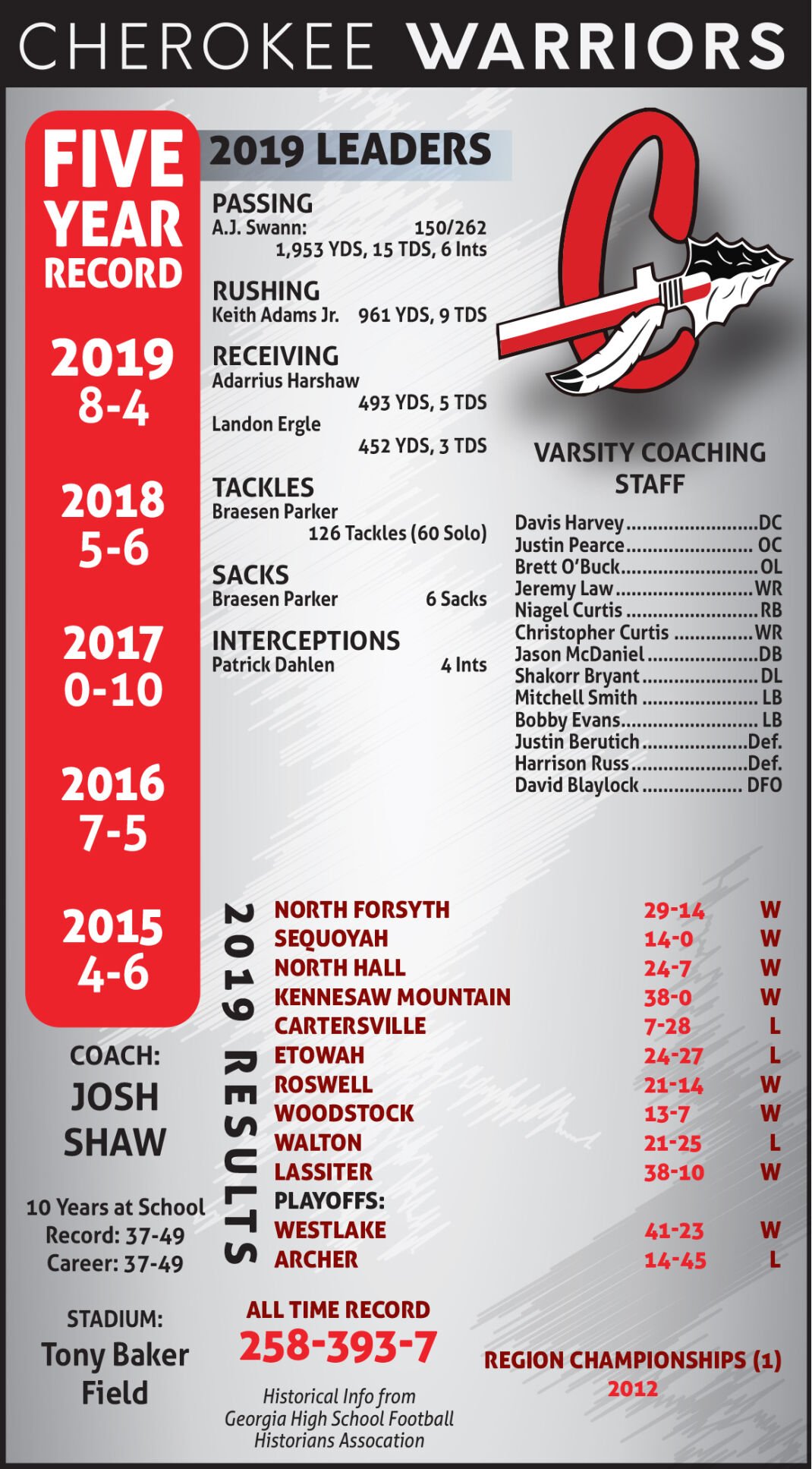 Cherokee quarterback A.J. Swann is back to help lead the Warriors to the top of their new home in Region 5AAAAAAA.

This could be the most talented junior class Cherokee has had in years.

Cherokee played multiple sophomores last season, and the Warriors nearly won the Region 4AAAAAAA championship. Despite coming up short, they still qualified for the state playoffs and upset Region 2AAAAAAA power Westlake in the first round.

“It definitely wasn’t a failure of a season, but it really propelled us to the offseason,” Cherokee coach Josh Shaw said. “We were having an unbelievable offseason until the quarantine hit.

The team set a high bar after winning eight games last season, which is the most wins in a season since Shaw took over the program in 2012. With the amount of talent they have at the skill positions on offense and on defense, the Warriors anticipate making a deeper run.

Cherokee’s offense starts with its quarterback. A.J. Swann is considered to be one of the strongest in the state under center after throwing for 2,399 yards and 20 touchdowns last season.

“He’s the best that I’ve had in 22 years of coaching,” Shaw said. “We’ll have him for the next couple of years and expect him to be better than he was last year.”

Running back Keith Adams Jr. also returns after rushing for 1,115 yards and 10 touchdowns last fall. Adarrius Harshaw was an all-region receiver a year ago wit,h Brandon Drummer being a solid addition. Fellow junior Ben Rice is expected to be plugged in as the center.

On the defensive side, Toby Thompson is a promising junior on the defensive line, and Keegan Baker is expected to help lead a group of younger safeties.

The Warriors will be senior-laden at linebacker behind Braeson Parker, who set a team record with 168 tackles last season. Alonzo Upshaw is another senior who will bring experience at the position, along with senior cornerbacks Riley Lyons and Austin Trimble, who combined for 10 interceptions.

“We have a fantastic group of kids,” Shaw said. “Their attitude and effort are always outstanding. They make practice a lot of fun. Obviously, our goal is to make the playoffs, and we feel like we’ve got enough talent of kids to be able to compete for a region.”

Cherokee will be competing in the new Region 5AAAAAAA, where it will be retaining familiar rivals Etowah, Woodstock and Roswell alongside new opponents Milton and Alpharetta.