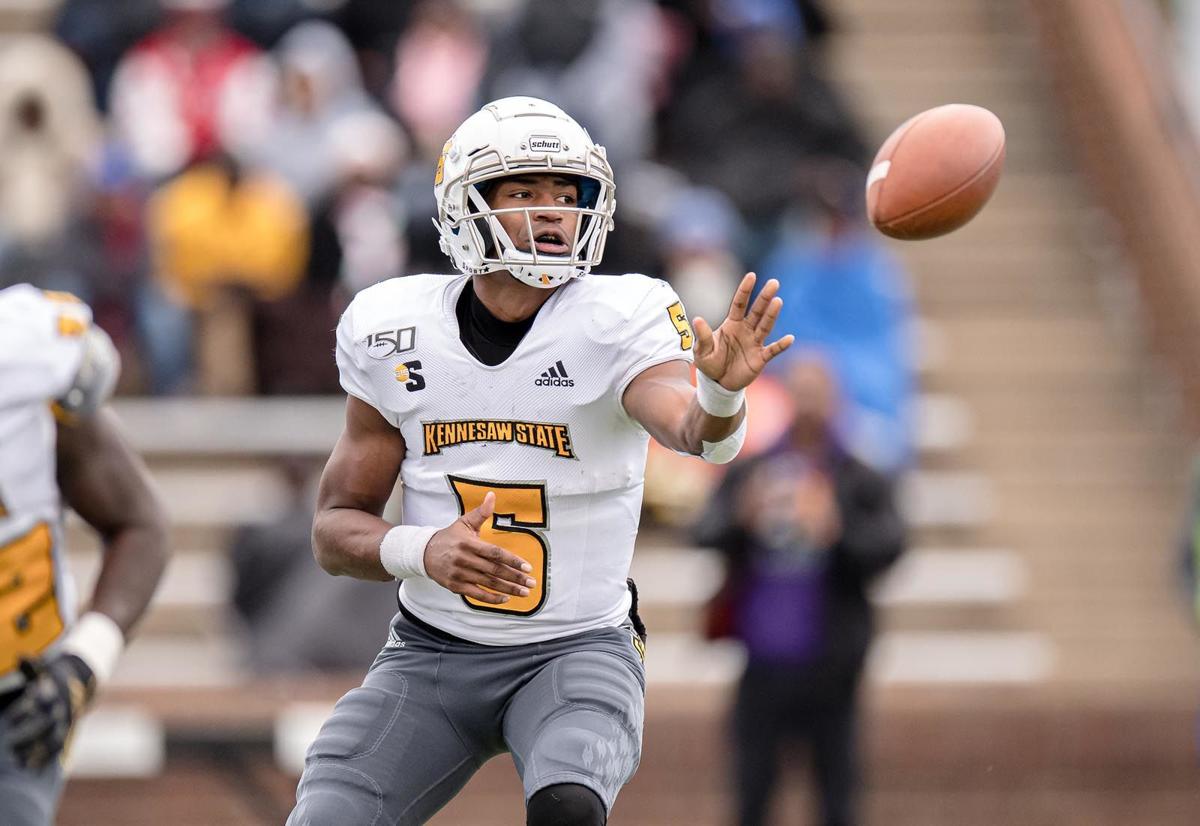 Kennesaw State quarterback Tommy Bryant pitches the ball to a running back against Hampton during the 2019 season. 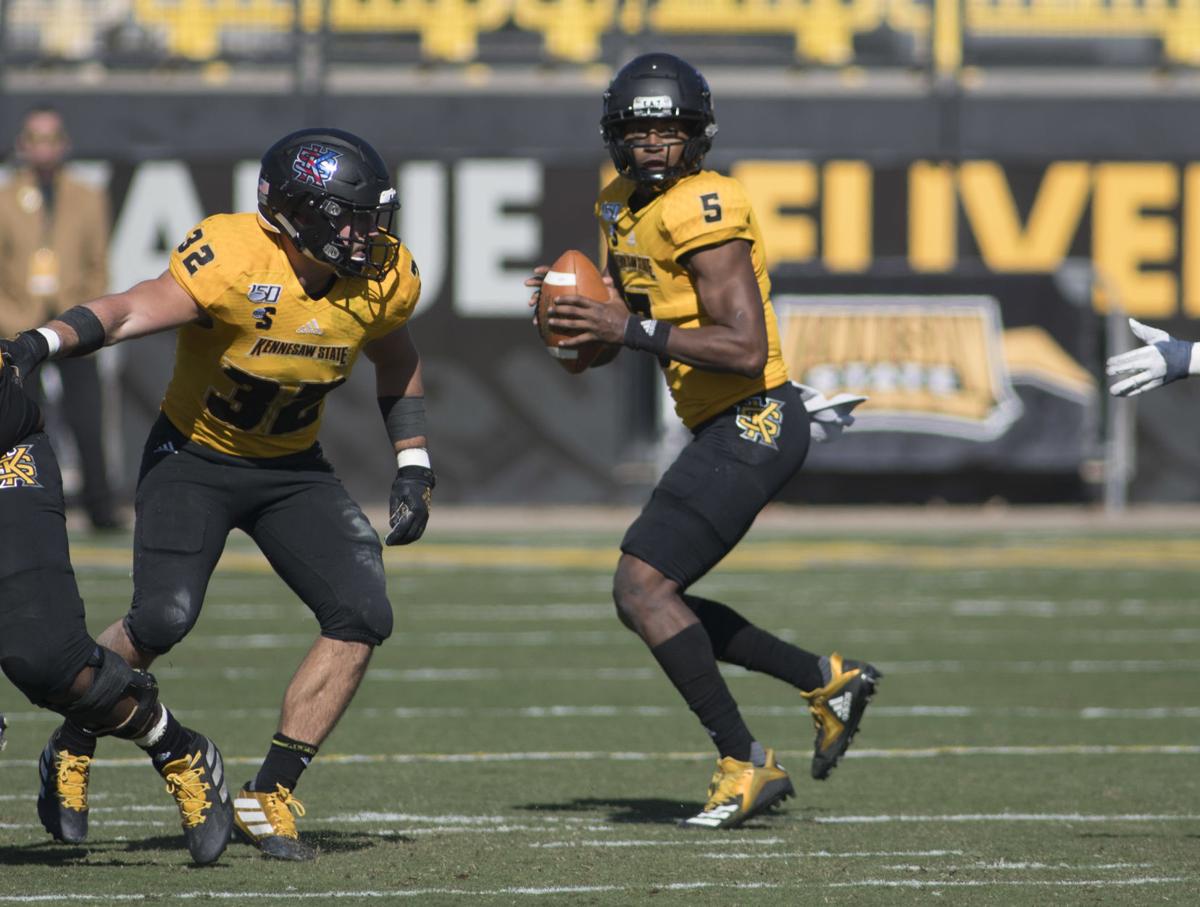 Kennesaw State’s Tommy Bryant (5) looks to pass the ball in a 2019 against Monmouth. 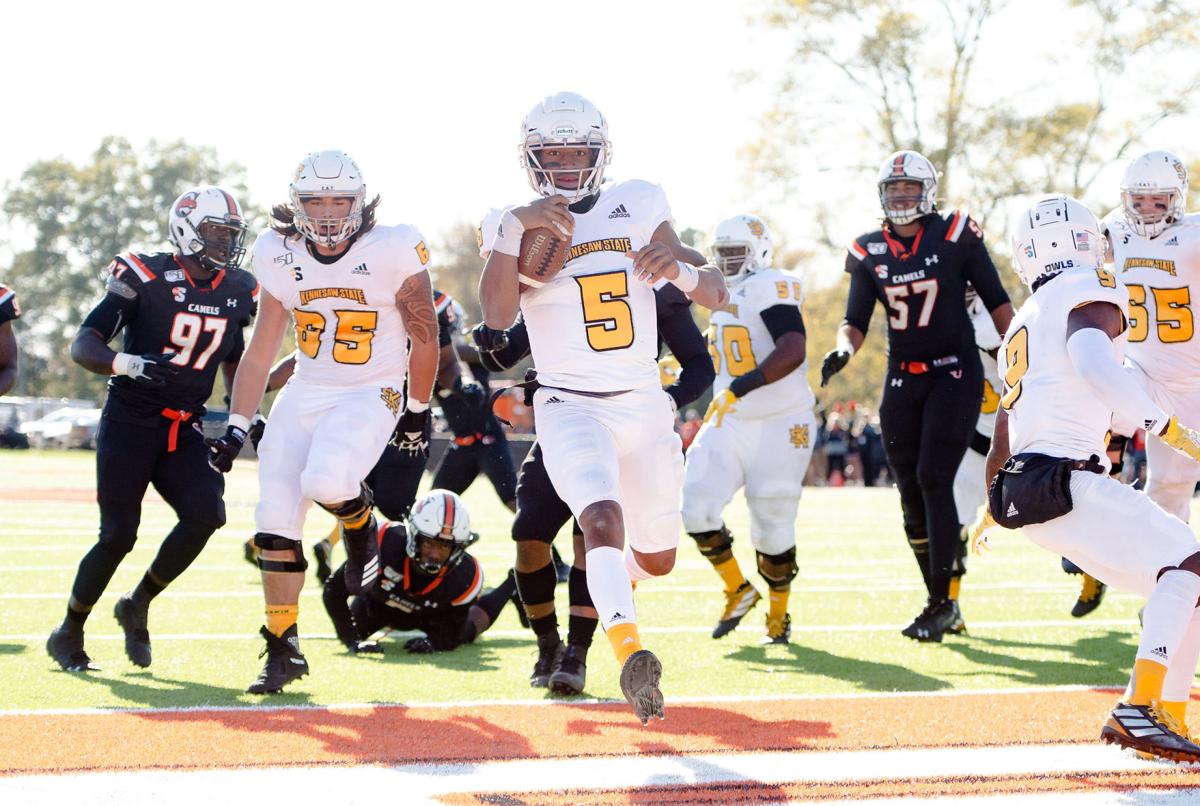 Kennesaw State quarterback Tommy Bryant runs into the end zone for a touchdown in a 2019 game at Campbell.

Kennesaw State quarterback Tommy Bryant pitches the ball to a running back against Hampton during the 2019 season.

Kennesaw State’s Tommy Bryant (5) looks to pass the ball in a 2019 against Monmouth.

Kennesaw State quarterback Tommy Bryant runs into the end zone for a touchdown in a 2019 game at Campbell.

Nearly 400 days since the Kennesaw State football team last played a game, it finally began preparation for its next one Friday.

The Owls opened practice for the 2021 spring season, which will kick off Feb. 27 against Shorter at Fifth Third Bank Stadium.

The restructured schedule of six games, with four at home, is a result of the ongoing pandemic. The NCAA canceled fall sports in 2020, with the exception of Football Bowl Subdivision games.

It means for the first time, Kennesaw State and many other Football Championship Subdivision teams will prepare to play not one season, but two within the same calendar year.

"We are all pretty excited," Owls coach Brian Bohannon said. "It's been a unique process to get to this point. We've had a lot more workouts and practices without playing any games."

When the spring 2021 Owls took the field for practice, it looked similar to the team that last played a game Dec. 7, 2019, in a second-round FCS playoff game at Weber State.

Tommy Bryant is back at quarterback, while running backs Shaq Terry and Isaac Foster and the entire offensive line return from a team that went 11-3 and made the FCS playoffs for a third straight season in 2019.

Former Kell High School standout Bryson Armstrong and Demetrius Pettway are back at linebacker to help anchor a unit that allowed only 18 points and 278.7 yards per game last season.

As a group, they will be trying to win the Owls' third Big South title in four seasons.

However, there are plenty of new faces ready to make an impact, and that may be the one area in which the pandemic may have benefited the roster.

Freshmen like running back Gary Osby, wide receiver Carter Pinholster and defensive back Elijah Kirby, among others, have gotten more practice time and reps with the delay to the season. That trend will continue through spring practice, as Bohannon said it will be key to get as many of the young players up to speed as they can.

"Depth is critical during a pandemic," Bohannon said.

Bohannon also said that continuing cautiousness in how the players go about their business will continue to be stressed.

"Our guys have done a good job to this point," he said, "but now there are games to play."