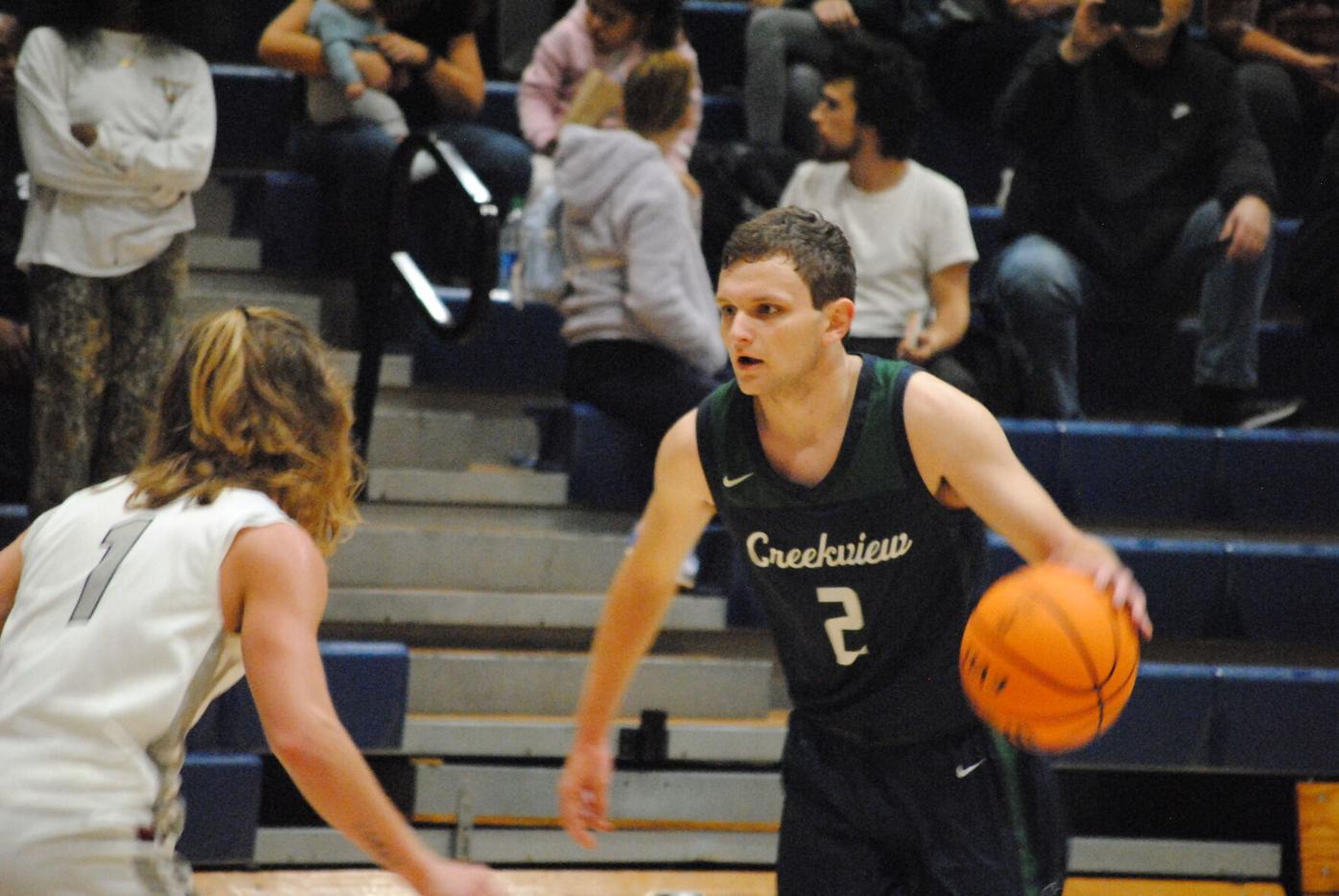 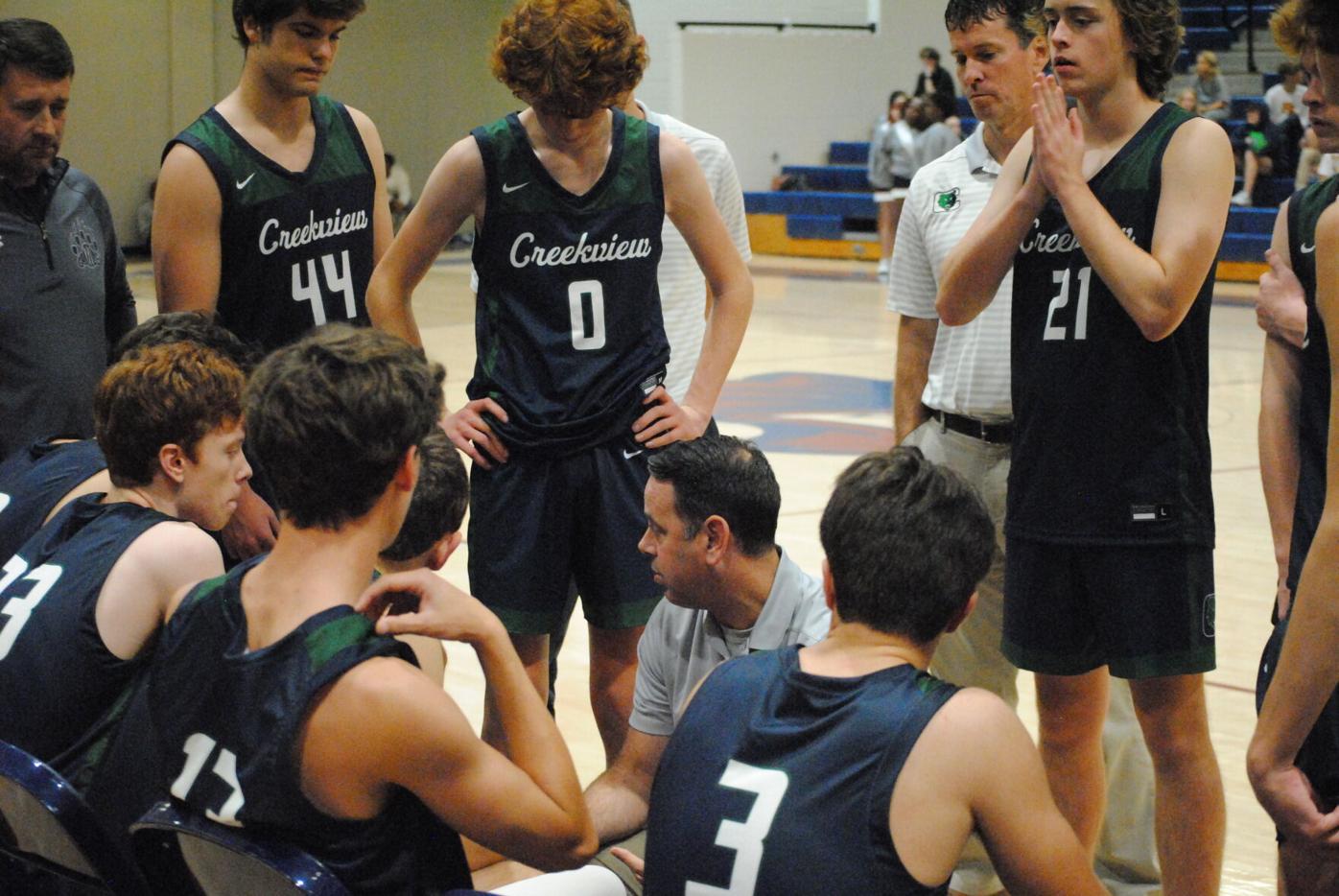 Creekview coach Casey Gramling talks to his team during a timeout 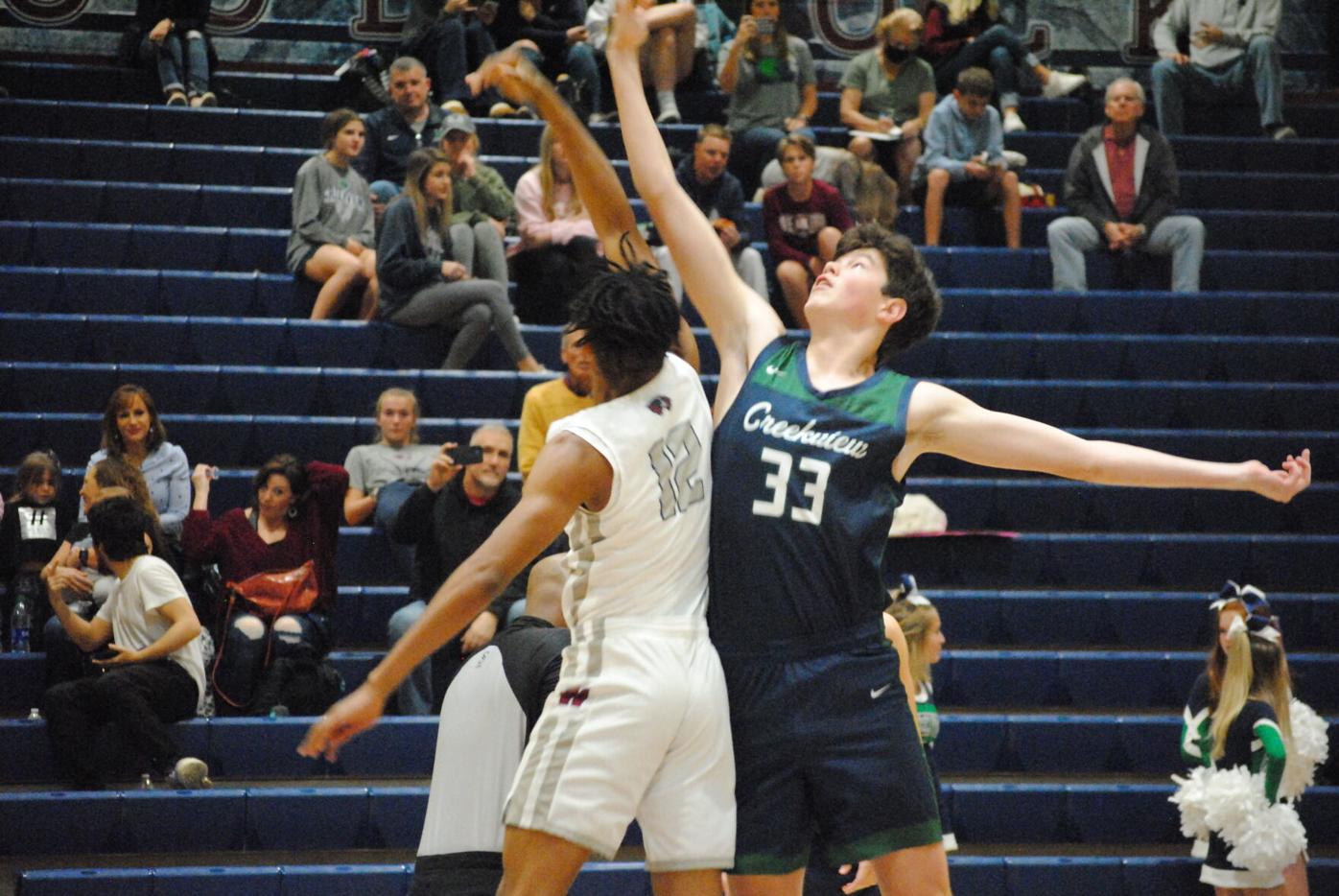 Amarious Lawrence and Nolan Tricker rise for the opening tipoff 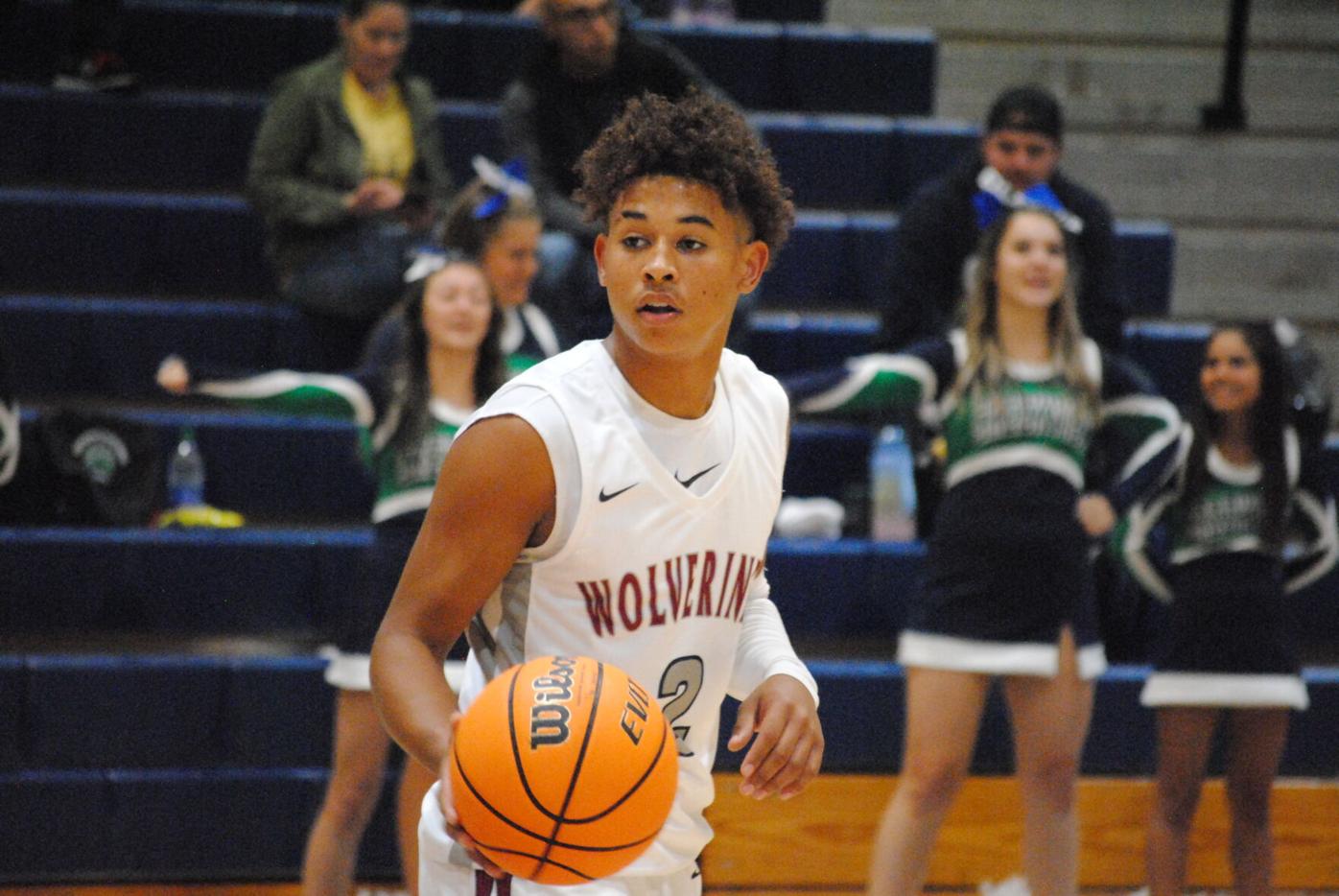 Woodstock senior Cayden Pickens dribbles the ball across half court in the Nov. 16 loss to Creekview. 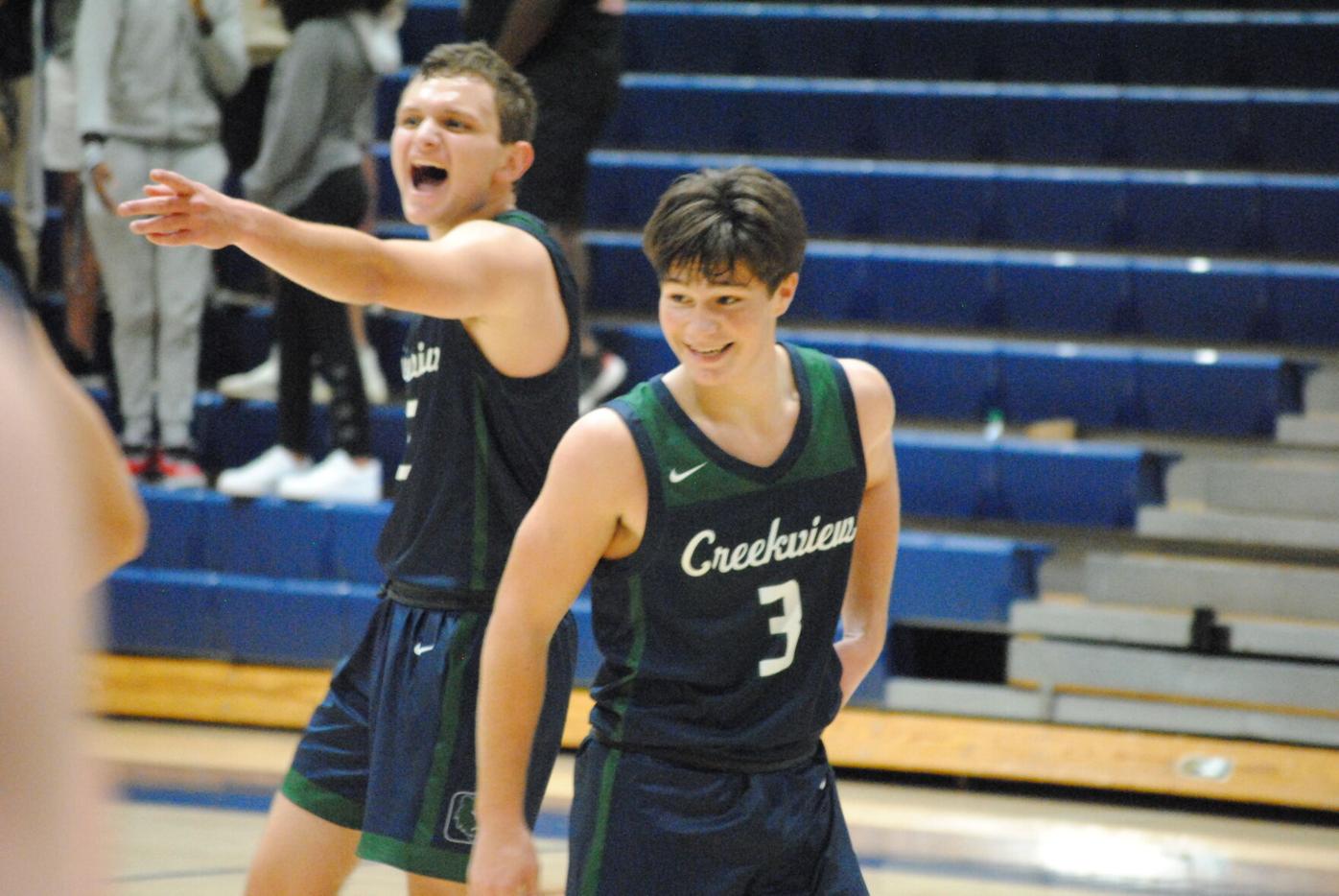 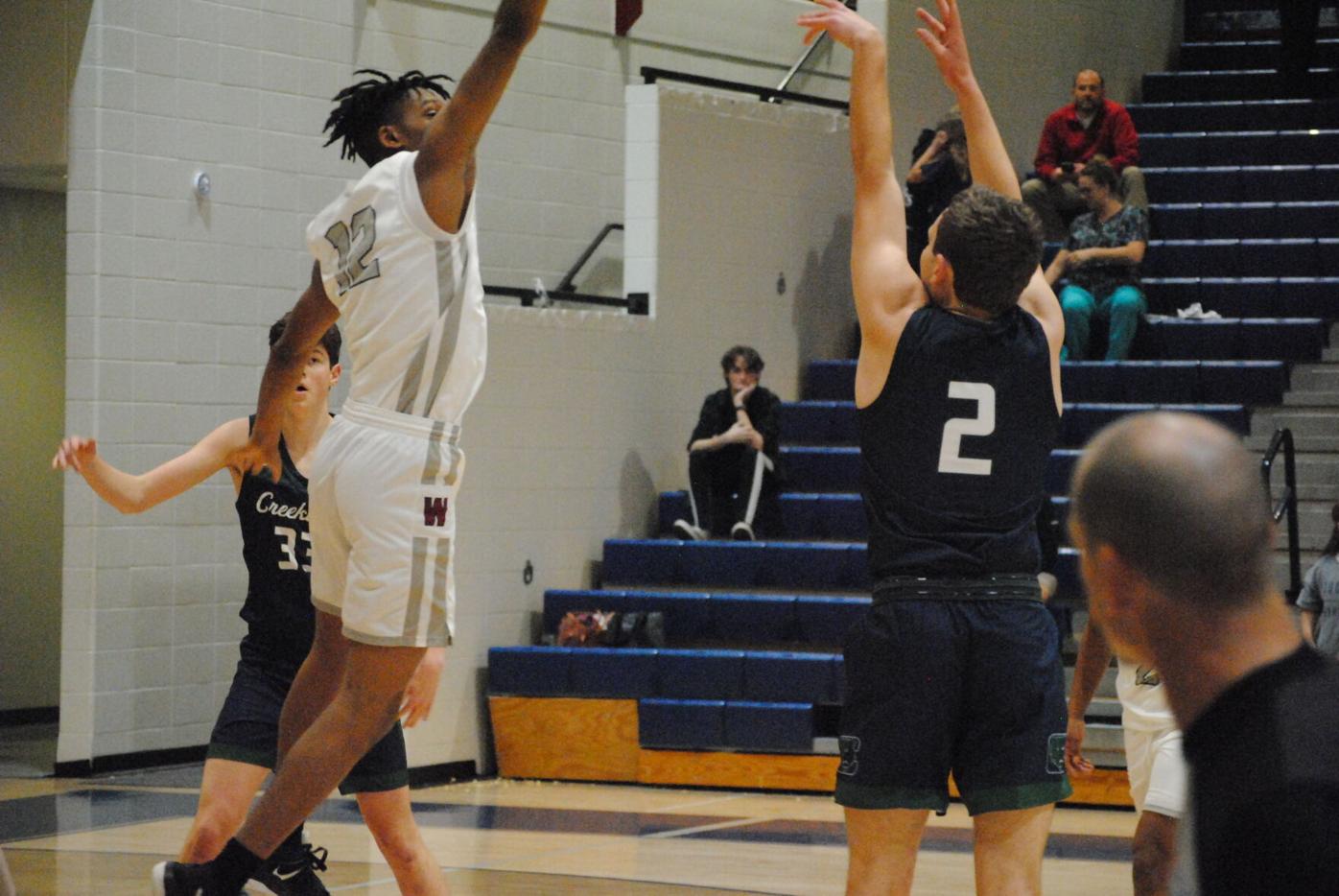 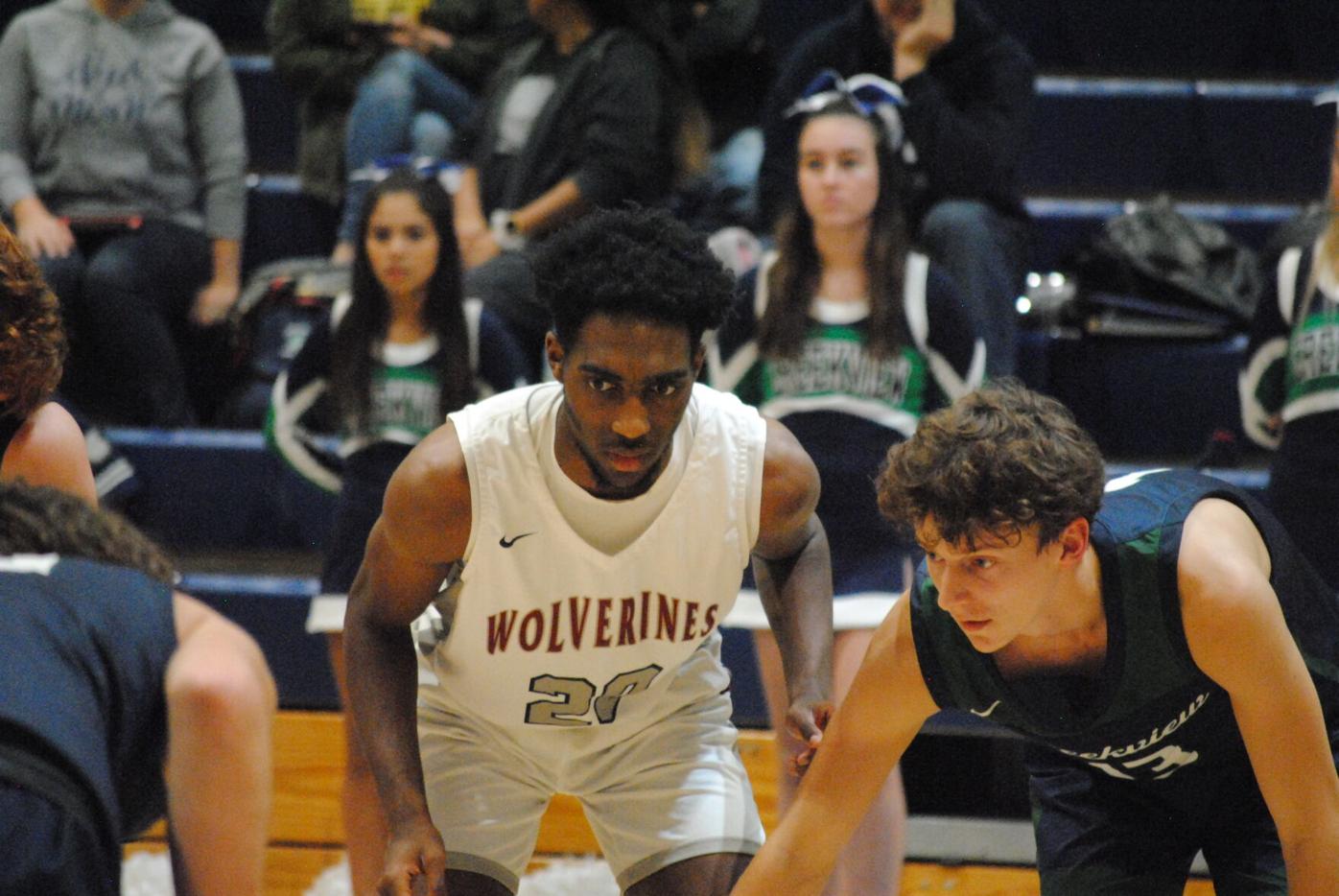 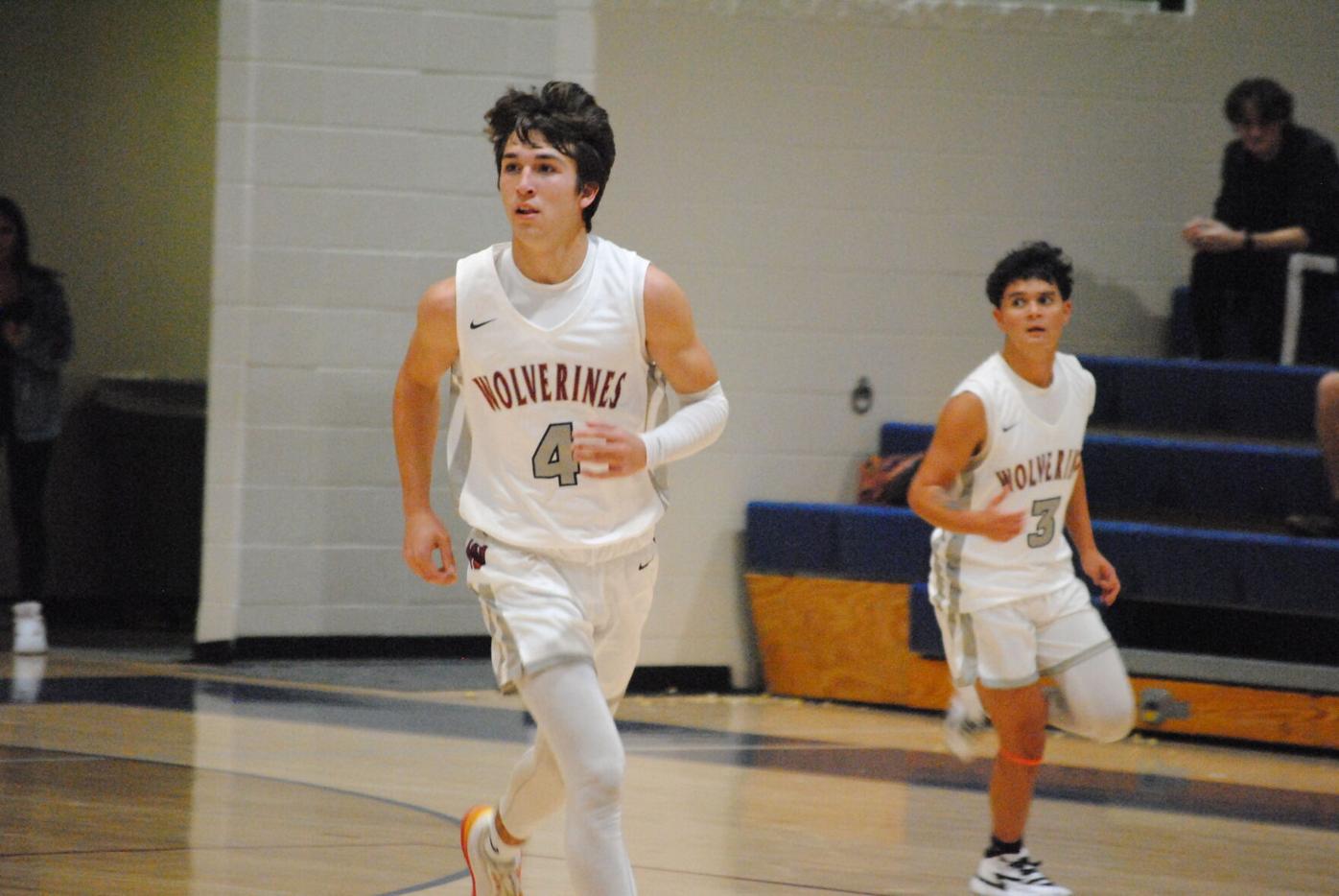 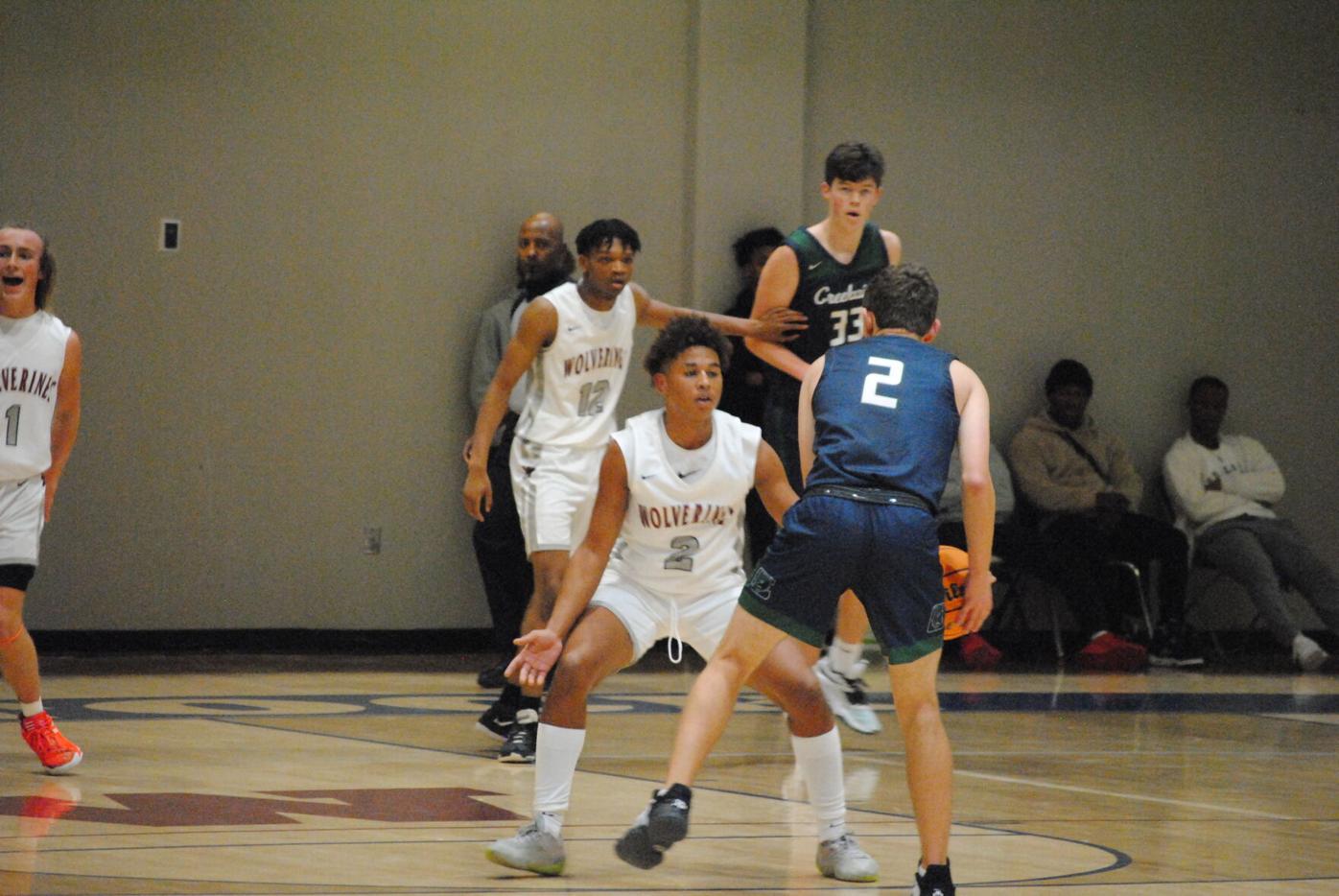 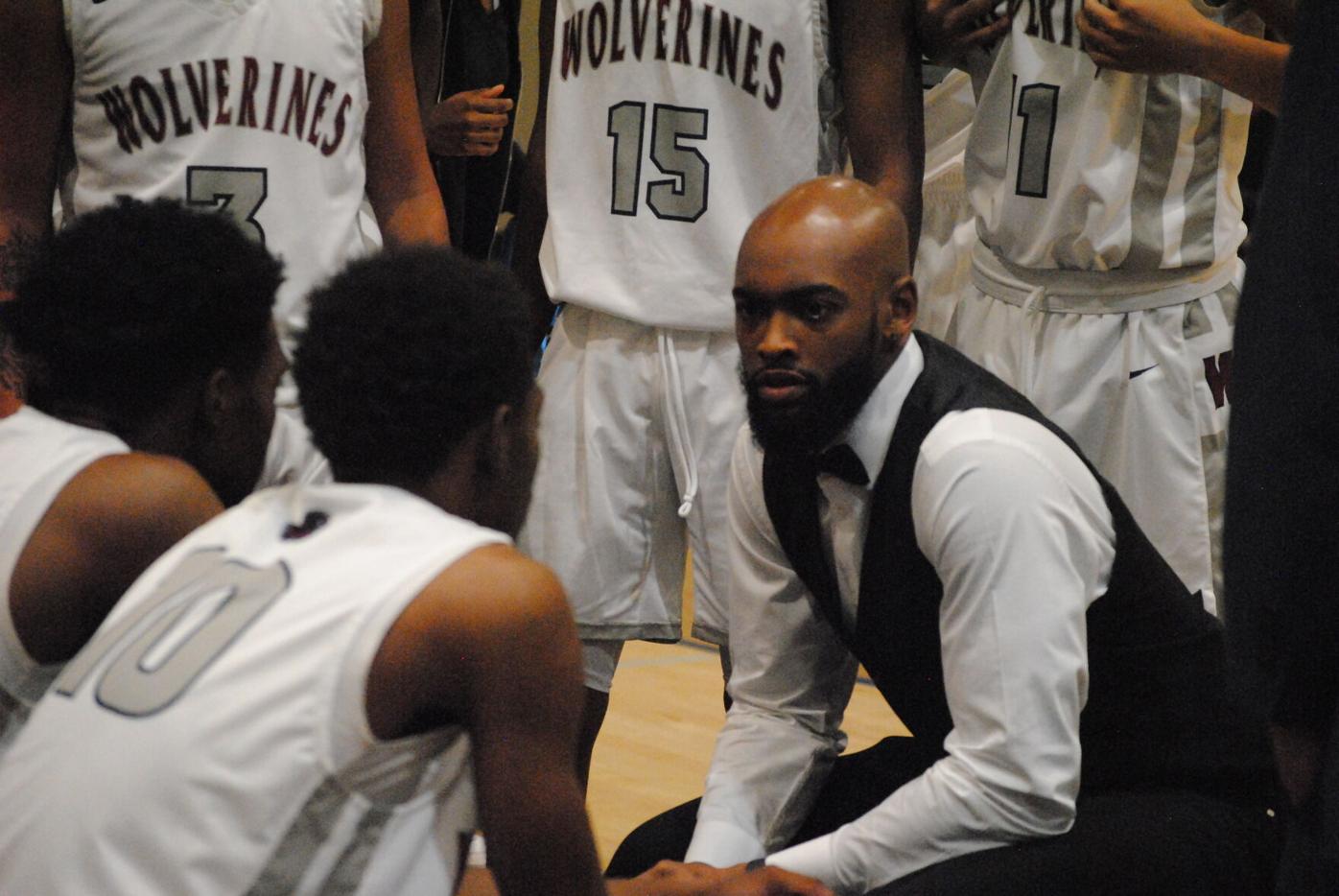 Woodstock coach Josh Pierce discusses with his team between quarters. 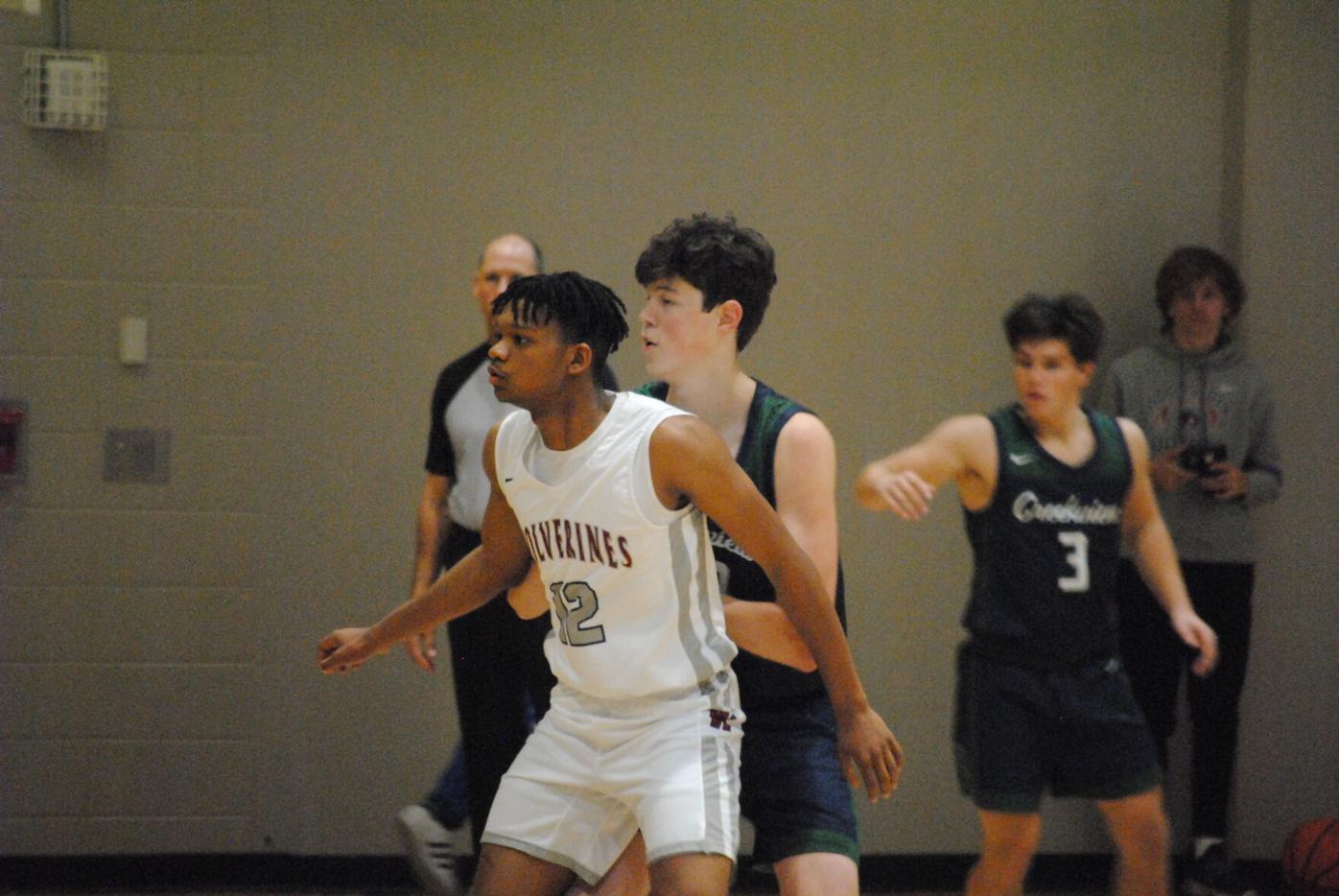 Creekview coach Casey Gramling talks to his team during a timeout

Amarious Lawrence and Nolan Tricker rise for the opening tipoff

Woodstock senior Cayden Pickens dribbles the ball across half court in the Nov. 16 loss to Creekview.

Woodstock coach Josh Pierce discusses with his team between quarters.

Jackson scored a game-high 23 points for Creekview (1-1), following up his 28-point season-opening effort against Etowah. Jackson set the tone early against Woodstock (0-2), making three 3-pointers in the first half, and controlled the game throughout.

“Trent is amazing,” Creekview coach Casey Gramling said. “Teams are going to plan for him and scout him. The young guards need to step up around him, but Trent plays hard and is a great leader in the locker room. I can not say enough about how great it is to coach him.”

The 3-point shot was a major factor for Creekview as it converted 11 shots from behind the arc, compared to Woodstock’s four. The long-range shooting helped the Grizzlies build a double-digit lead in the second quarter.

“Going forward, that will be a big part of what we do,” Gramling said. “We got to the rim and shared the ball a bit, too. I did not think we took too many bad shots. Shot selection was good and we drew a few charges, which is good against a team like this.”

Tuesday’s game was played at a rapid pace. Turnovers and good defense from the Grizzlies, though, allowed for a significant chunk of scoring to come in transition.

Turnovers hurt Woodstock after halftime. The Wolverines scored only six points in the third quarter — compared to Creekview’s 18 — as they struggled to keep possession.

“I think we were really not taking care of the ball,” Woodstock coach Josh Pierce said. “That was more on us than what Creekview was trying to do. We are actually used to them having a slower pace, and playing fast is what we typically like to do. We just did not take care of the ball.”

Danny Sanders, another player Woodstock expects to be a key component, was held to six points against Creekview and has been relatively quiet to start the season.

“He is very important,” Pierce said of Stubblefield. “We know what we can expect from him. We know he can put the ball in the basket, but we have to find other guys who can do the same. We have another senior, Danny Sanders, who we are depending on, but he has not been able to do that so far. We are going to try to build some confidence in him.”

Creekview pulled ahead 28-19 with 4 minutes remaining in the first half. From there, the Grizzlies rode Jackson and Griffin Latimer to a 41-26 halftime advantage and sustained a significant lead to the end.

“We made some shots and got our confidence early,” Gramling said. “We are a young team and only have two kids with varsity experience, but they have a lot of potential. All three freshmen played well today. We played well early, and it was an all-around effort.”

On the girls side, Woodstock defeated Creekview 55-38 to earn its first victory of the young season. The Lady Wolverines were led by a 20-point game from Bridget Utberg.