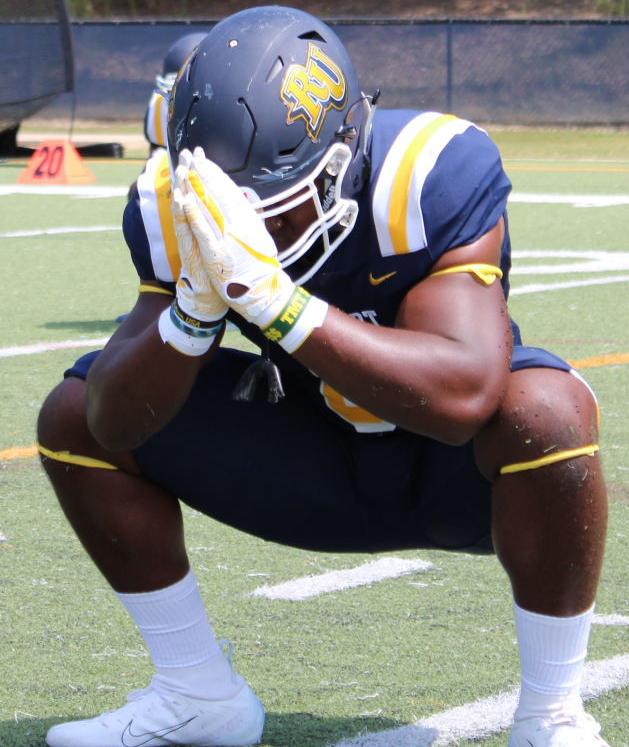 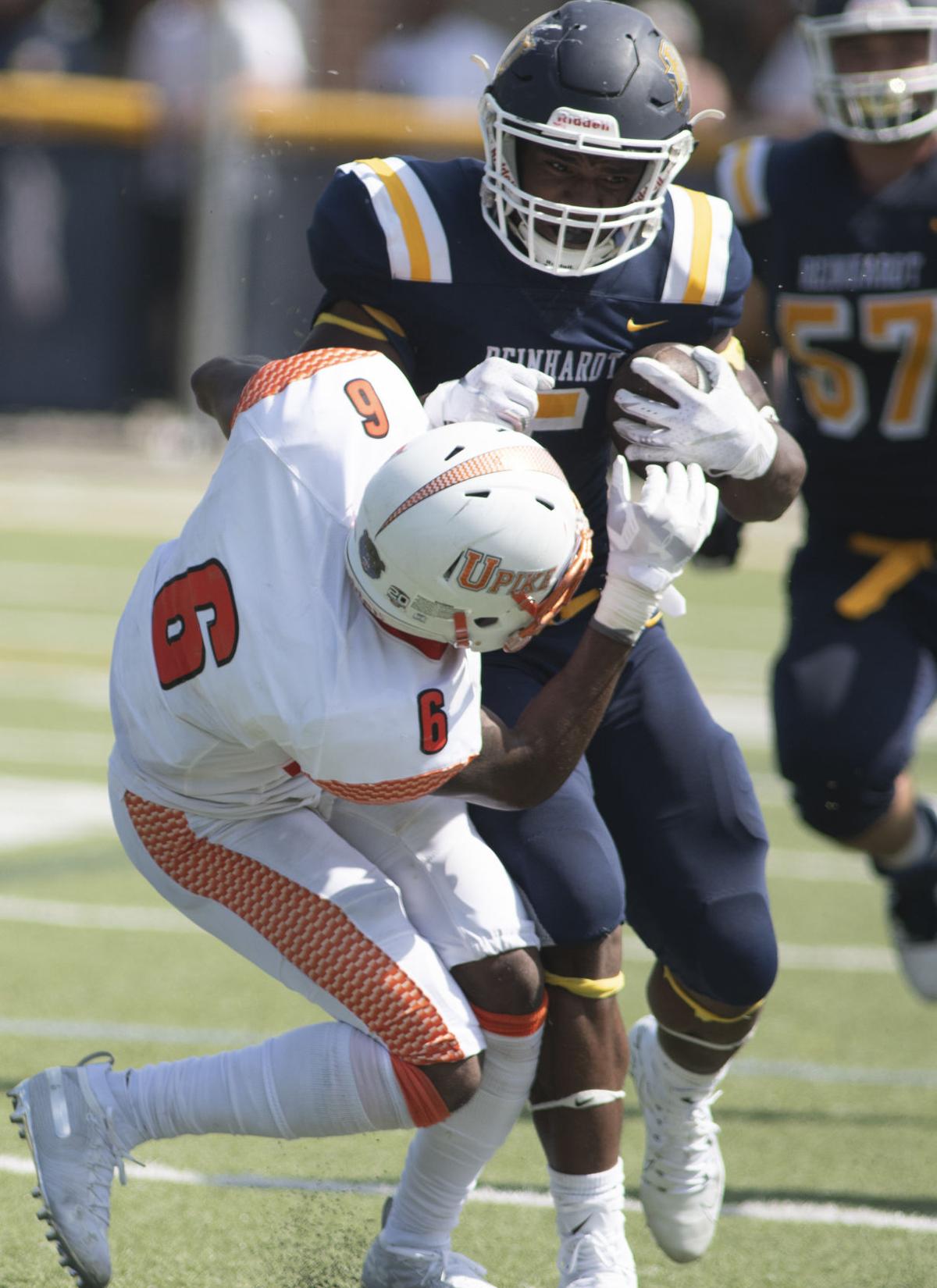 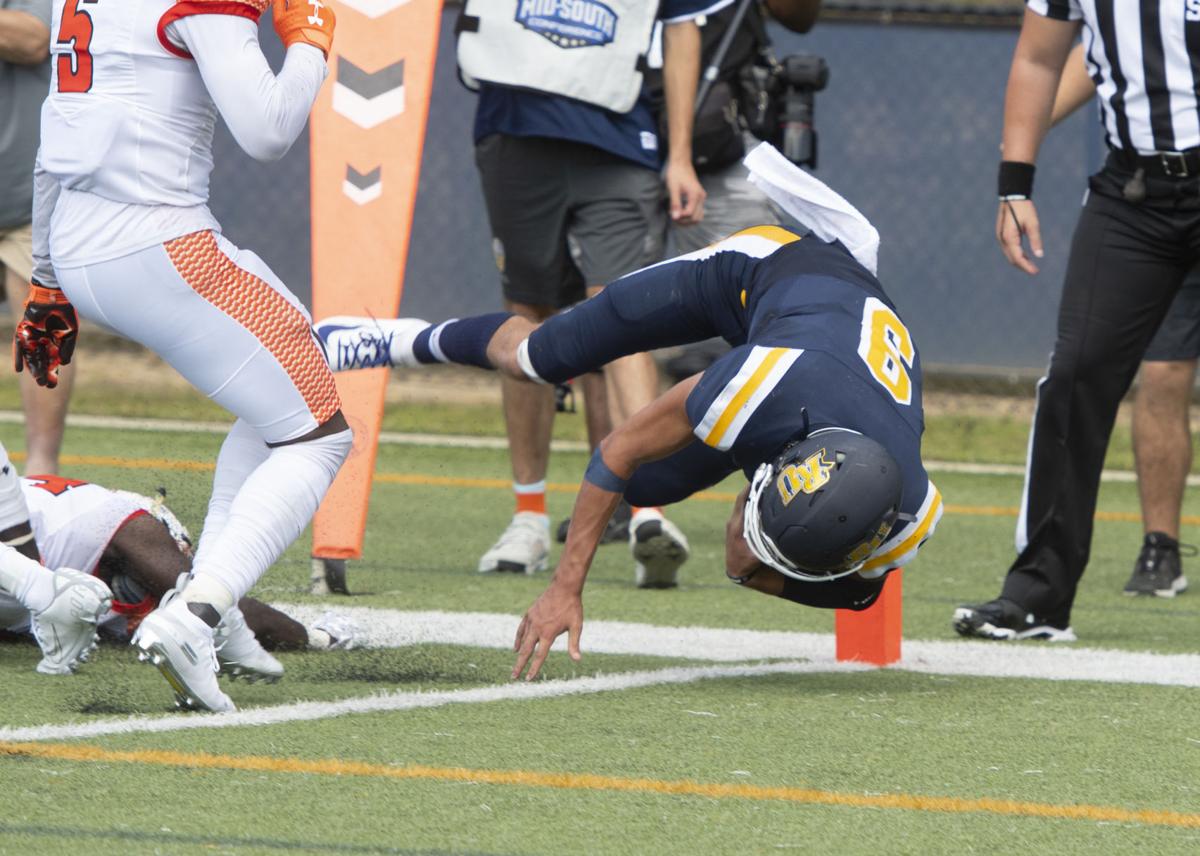 WALESKA -- After a pair of gut-check victories to begin the season, Reinhardt will test its mettle on the road for the first time in 2019.

The No. 10 Eagles (2-0) will travel to Kentucky to face Campbellsville University (0-1) on Saturday. The game will begin a four-week stretch of away games for Reinhardt before it returns home to play Bluefield on Oct. 12.

Reinhardt coach James Miller said he does not mind the road warrior mentality it often takes to win on an opponent's home field, but he admitted the travel can add up.

“It’s always different when you go on the road,” Miller said. “In some ways, you can lock in more because there’s less distractions. There’s no family or girlfriends around and we can really focus on what we need to do to be successful. It’s a tough stretch, these next four weeks, because it’s not like we’re flying. You’re talking anywhere from six- to 10-hour bus trips.”

Reinhardt beat Pikeville 20-17 last week on Alex Hardy’s 27-yard field goal in overtime. Both of the Eagles' wins this season came in one-score games, and it was the defense that led the way.

Miller said he has been pleased with the defense so far this season, but he understands Reinhardt will need all three phases to start clicking if they want to play deep into the NAIA playoffs.

“The defense has played awesome, but there may come a game where they don’t, and the offense will have to hold up its end of the bargain,” Miller said.

Reinhardt has held its opponents to 11.5 points per game and has yet to allow a rushing touchdown while holding Pikeville and Webber International to an average of 3.6 yards per carry. Meanwhile, the pass defense has held opponents to less than 50% on passing and has recorded an interception in each game.

The defensive line has been most impressive, with bookends J.T. Graydon and Matthew Prather frequenting the opponents’ backfield.

Offensively, Reinhardt looked to quarterback Billy Hall both on the ground and in the air last week. Hall led the Eagles with 105 yards on 15 carries and started to find his groove passing as well, finishing with 126 yards and a touchdown on 7-for-15 passing.

Hall’s 35-yard strike to Terry Berdin in the third quarter  seemed to help open up the running lanes a bit more for Reinhardt, which has maintained its run-first identity.

“Us connecting on a few deep balls will help with the scoring, but it’s always a group effort from everyone,” Miller said.

Reinhardt led the NAIA in rushing yards last season while averaging 39.9 points per game, but through the first two games this season, the Eagles seem to be searching for consistency on offense. Reinhardt is averaging only 18 points per game.

“It really just comes down to execution, because I think we’ve left some points out there,” Miller said. “But I think it’s starting to come together, honestly. I tell them not to worry about the points, because it’s just about getting the win.

“I also told our coaches before the first game I thought it was going to be a growing process with the offense. I saw a lot of improvement from Week 1 to Week 2. I think, if we keep doing that, the points will come, and I think we’ve played two really good football teams.”

Campbellsville lost 40-24 to Lindsey Wilson in Week 1, but its scheduled game last week at Southeastern was postponed due to Hurricane Dorian.

Reinhardt has not played Campbellsville since 2016, winning 69-20 in Waleska. Miller said several of the Tigers' players stuck out on film, and he said his team canot take anything for granted.

“They’ve got an All-American wide receiver and kick returner, Kendon Young, and a transfer defensive tackle, Micah Corley, who is a really good player,” Miller said. “They have a mix of Wing-T and spread stuff on offense and, defensively, they’ll run a four man front. I expect them to be tough and physical because that’s what coach (Perry) Thomas likes his teams to be.”