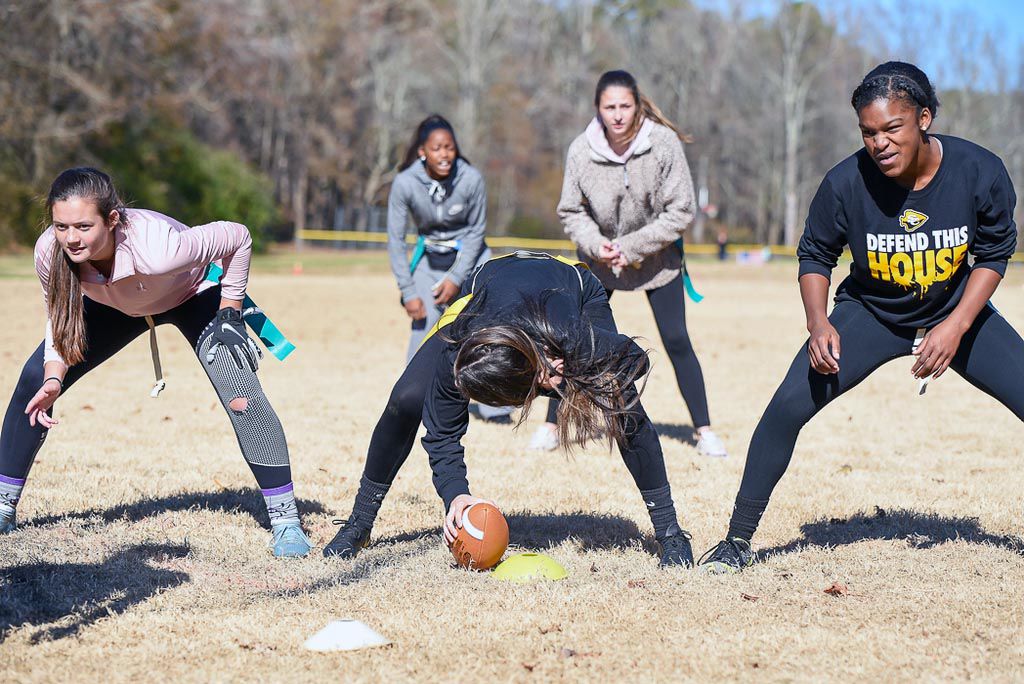 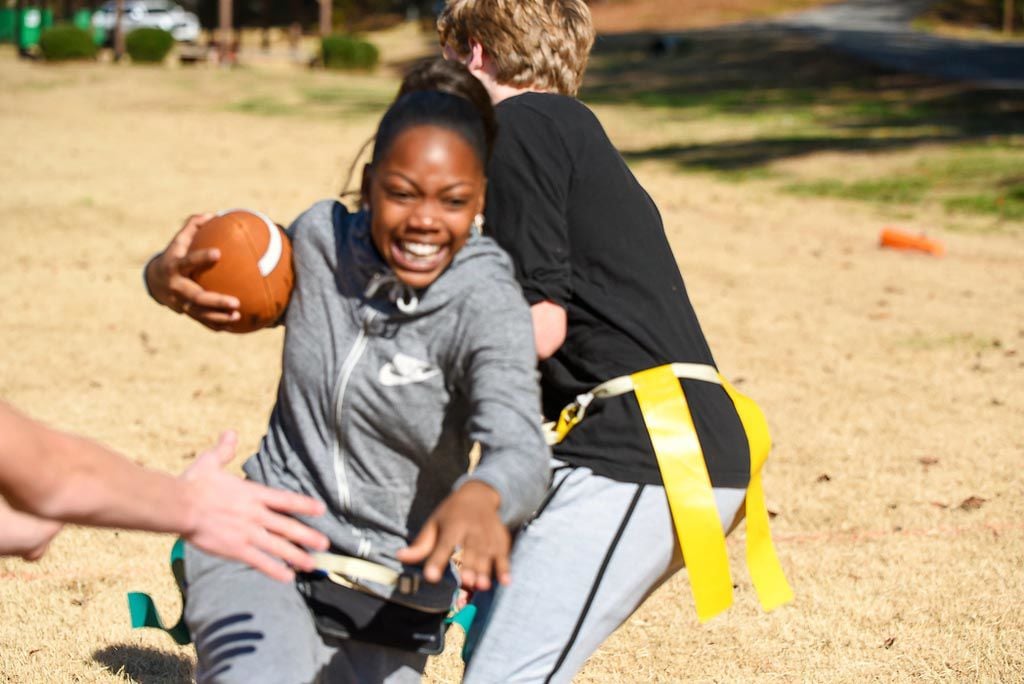 Sequoyah running back April Cook runs the ball during practice earlier this season. 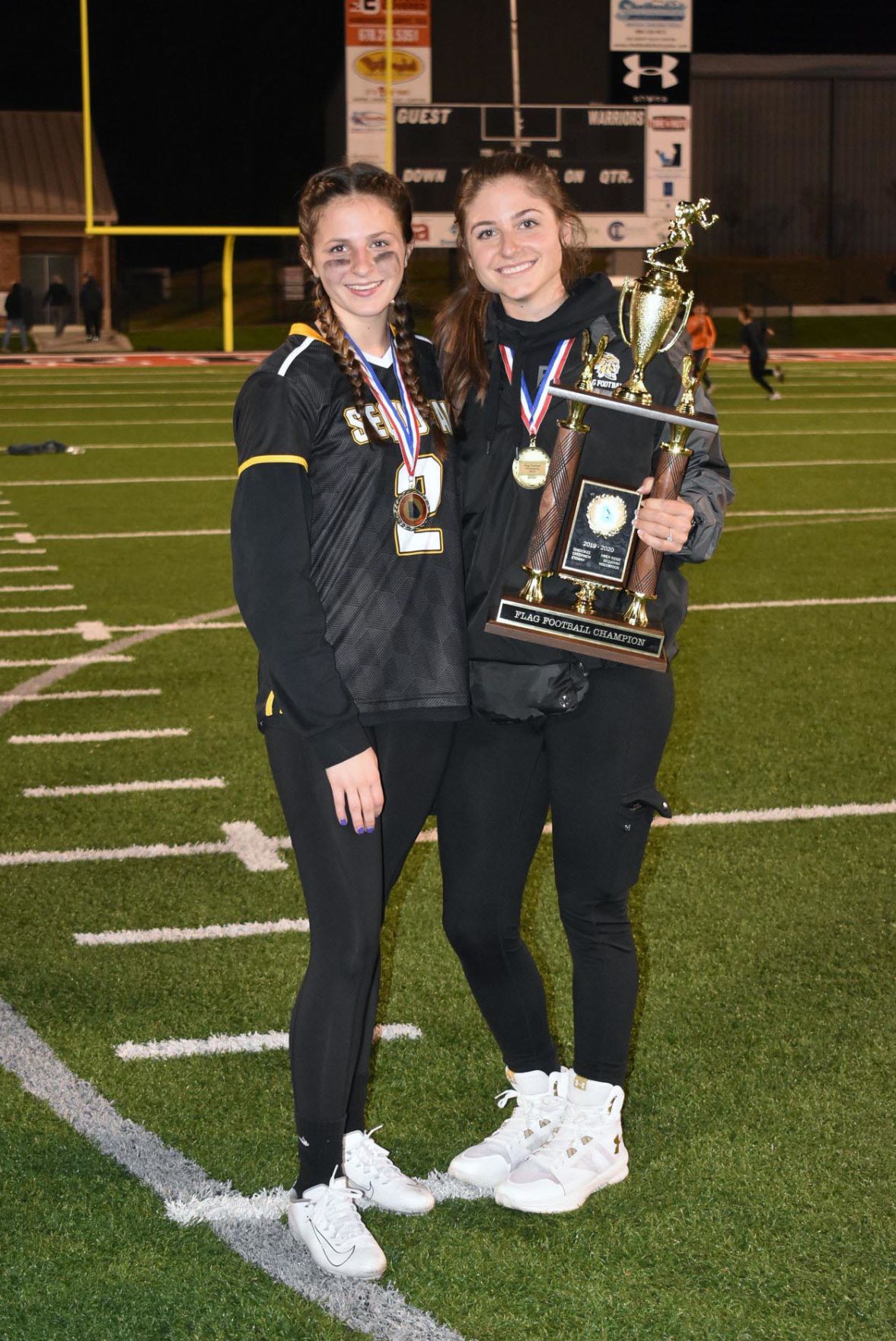 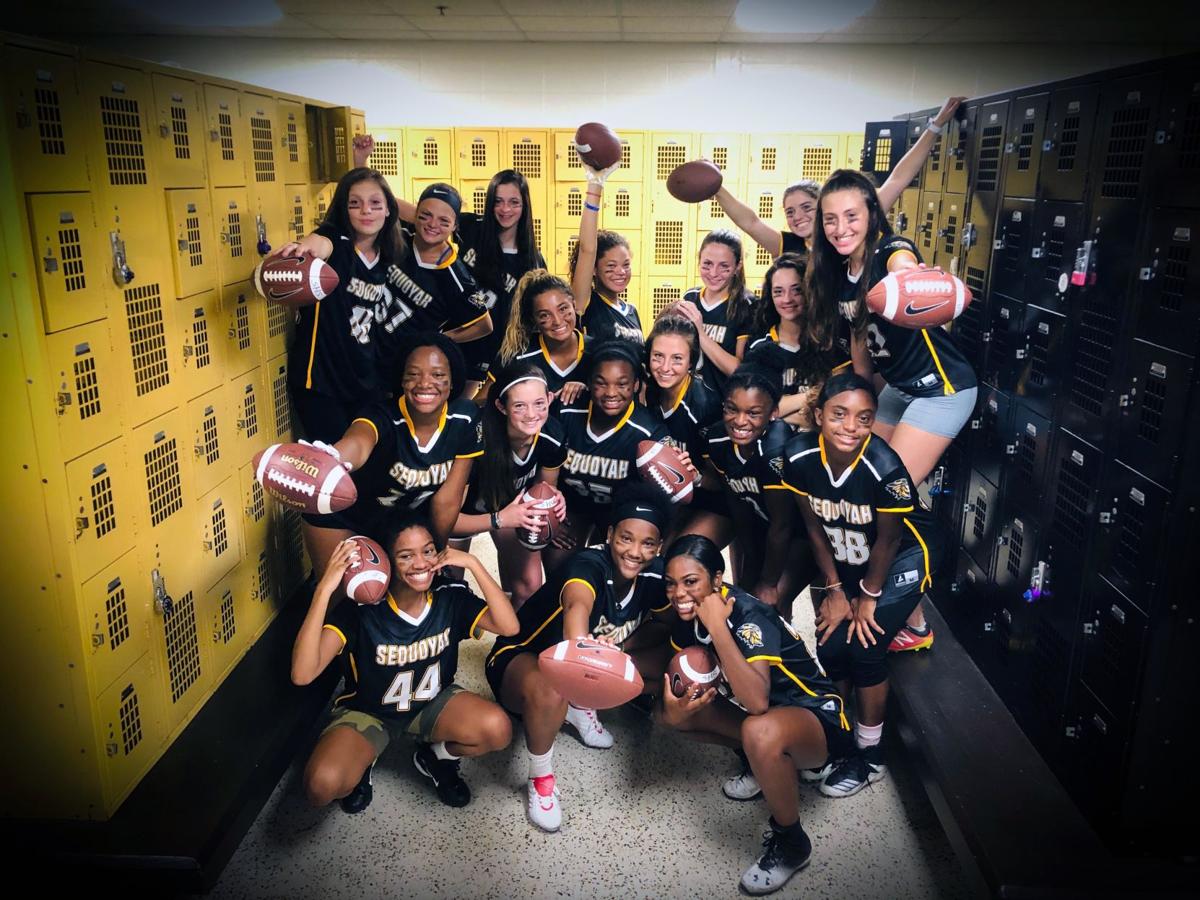 Sequoyah will play on December 18 in Atlanta at the Mercedes Benz Stadium in the state flag football tournament. 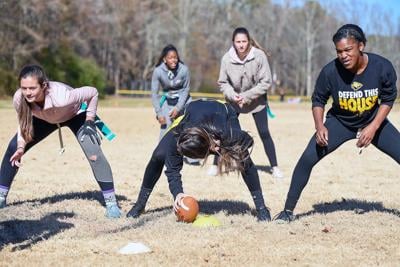 Sequoyah running back April Cook runs the ball during practice earlier this season.

Sequoyah will play on December 18 in Atlanta at the Mercedes Benz Stadium in the state flag football tournament.

Dakota Hughes would have given anything for the chance to play football in high school.

Hughes, a 2013 Sequoyah graduate, serves as the offensive coordinator for the Sequoyah girls flag football team. Hughes played softball while in high school and participated in the annual Powder Puff games each spring, but the opportunity to play a more competitive version of the sport was never available.

“It’s all I ever wanted to do growing up was play ball,” Hughes said. “The powder puff game was my favorite day of the year. I’d be drawing up plays in the fall for a spring game. I would have been so excited to have this chance when I was their age.”

This fall, Cherokee County completed its inaugural season of girls flag football. The six county high schools competed in the 7-on-7 version of the sport, joining Forsyth, Henry, Muscogee and Rockdale counties in integrating flag football into their school systems. Gwinnett began the movement last year when — with the help of the Arthur M. Blank Family Foundation and the Atlanta Falcons — the county became the first to introduce competitive girls flag football.

Money granted from the Blank Foundation helps to fund the new sport around the state. For now, girls flag football is a club sport, but it’s rapid growth could lead to the Georgia High School Association recommending it become a sanctioned high school sport in the near future.

“I don’t think the roll out in Cherokee County could have gone any better,” Cherokee County athletic director Tonya Sebring said. “It’s my understanding that the (GHSA) is moving in the direction of making it a sanctioned sport, and I think Cherokee County would definitely be at an advantage after this year.”

Sequoyah defeated Cherokee in the championship game of the inaugural county tournament on November 21. With seconds left in the regulation, junior quarterback Bailey Hodgins connected with Carolina Small on a corner route and to score the game’s only touchdown in a hard fought defensive battle.

Hughes, who played six seasons as the starting quarterback for the Atlanta Steam in the Legends Football League, now coaches Bailey and the rest of the Sequoyah offense. The growth in the quality of play was substantial over the course of the season according to Hughes.

“We were having to teach these girls everything about football on day one,” Hughes said. “Now we’re working on checks at the line, audibles and reading defenses. It shows that we were always capable of doing this if the opportunity was provided. That’s what Arthur Blank has done.”

By winning the county championship, Sequoyah earned the right to compete with teams from around the state on Dec. 18 in Atlanta at the Mercedes Benz Stadium. While Sequoyah will be the only team from Cherokee playing on that day, Cherokee and Etowah will also send their teams to join Sequoyah at a Women’s Empowerment Summit to be held on the same day before the state championship tournament.

From its inception, the interest shown in Cherokee County has been substantial according to Sebring.

“We didn’t have to scramble to find coaches,” Sebring said. “I think it’s just another opportunity for girls to compete. Any time you can provide kids a chance to compete I’m all for it.”

For Hughes, the opportunity to coach the sport she loves is something she never thought would manifest. After the Sequoyah’s championship game victory, Hodgins told Hughes she inspired the junior quarterback to continue to grow in the sport.

Hughes coaches her younger sister on the team as well and while she was never afforded the opportunity to play organized football in high school, she’ll do everything possible to give others a chance at experiencing the game she loves so dearly.

“I hope it gets the proper coaching and the proper respect,” Hughes said. “As a female who has played football I obviously think football is the greatest thing and I’m happy to see it grow the way it has.

“I played because I couldn’t do it as a kid, and if I can open up that door for another kid then it’s a dream come true for me. I didn’t know when I made the decision to coach this year — I didn’t know how grateful I’d be. I’m so glad I was asked to do this. I know how the sport has impacted me and I’d love to give that to another young lady.”