The Latest: UN facing cash crisis, made worse b… 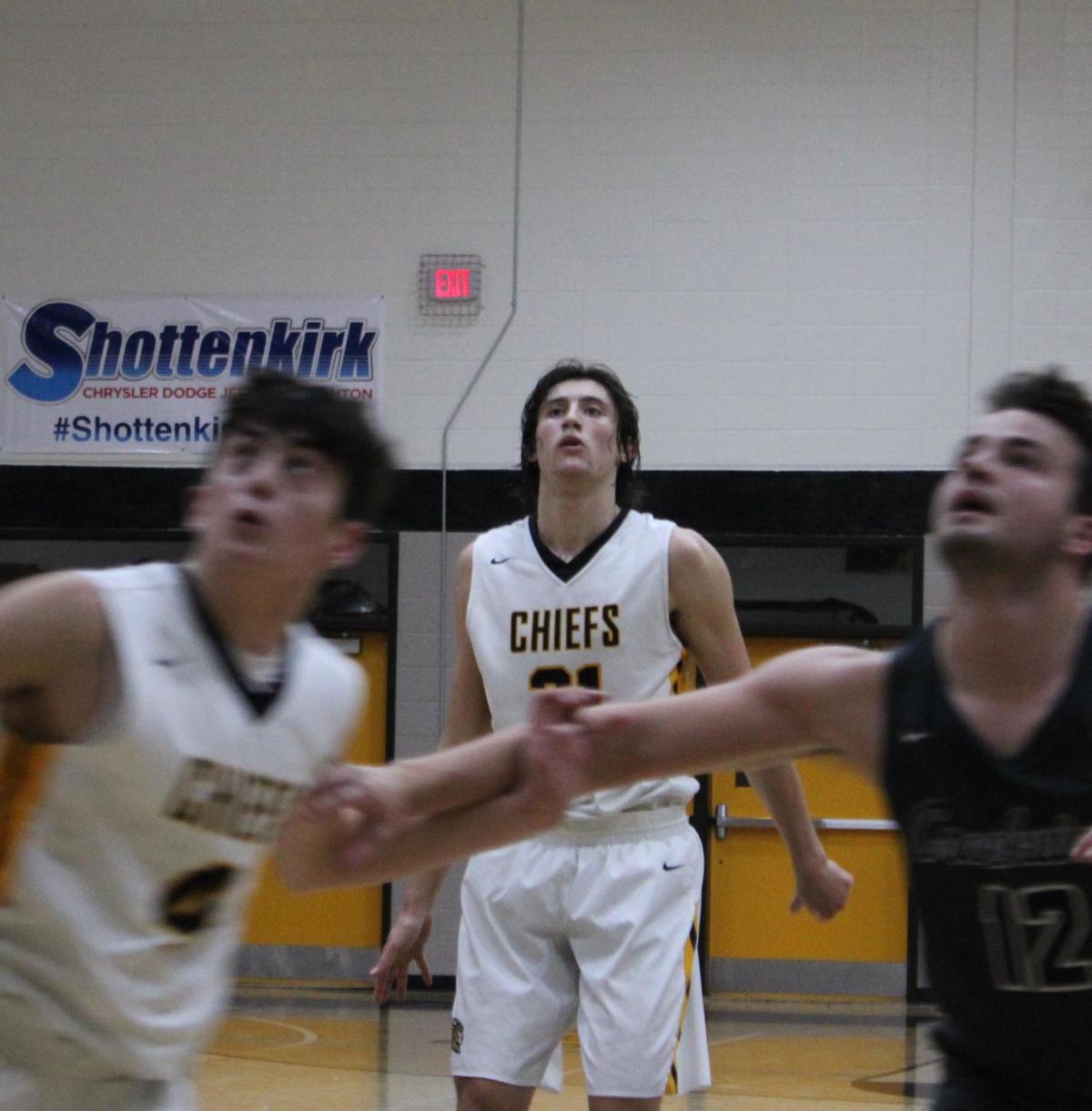 Above: Sequoyah’s Jacksen Greco backs away after sinking a free throw Tuesday night against Creekview. The senior scored 20 points to give him 1,516 for his career, passing the late Adam Benton as the all-time leading scorer in team history. Above: Greco (31) poses after the game with his teammates, including Myles McGee (right center), who passed 1,000 career points. 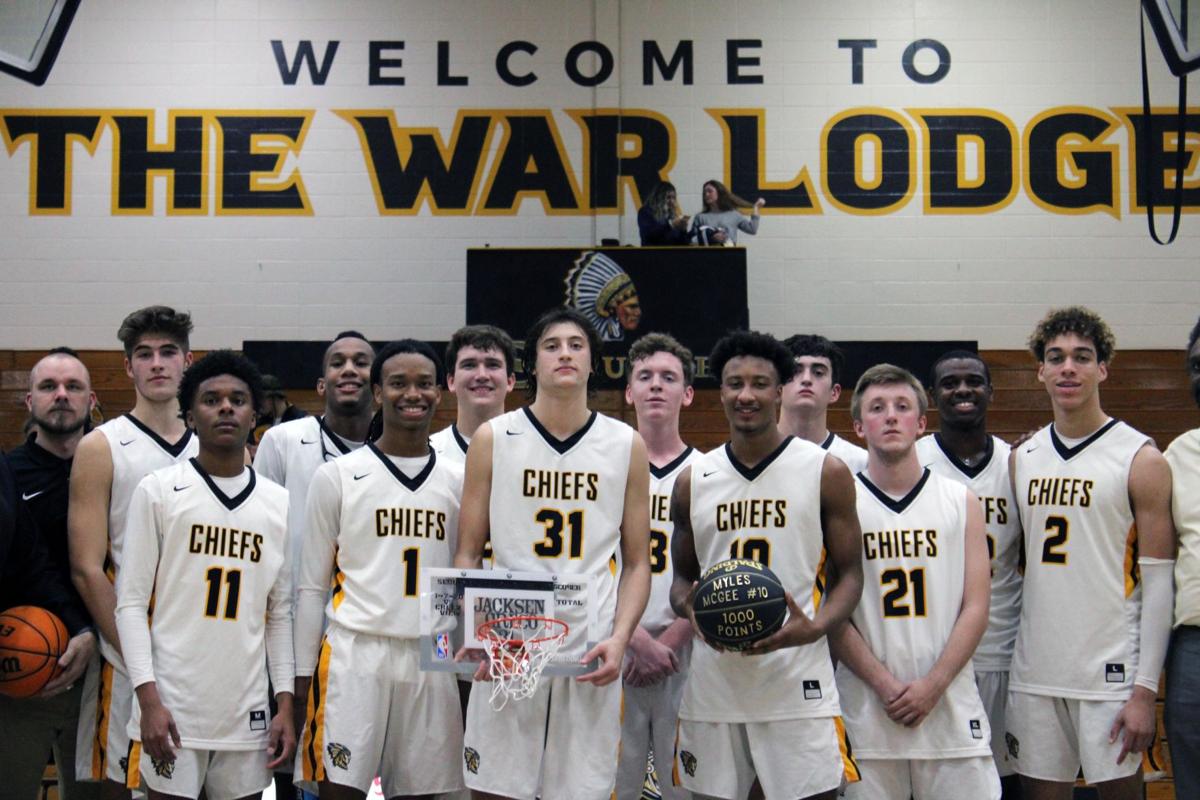 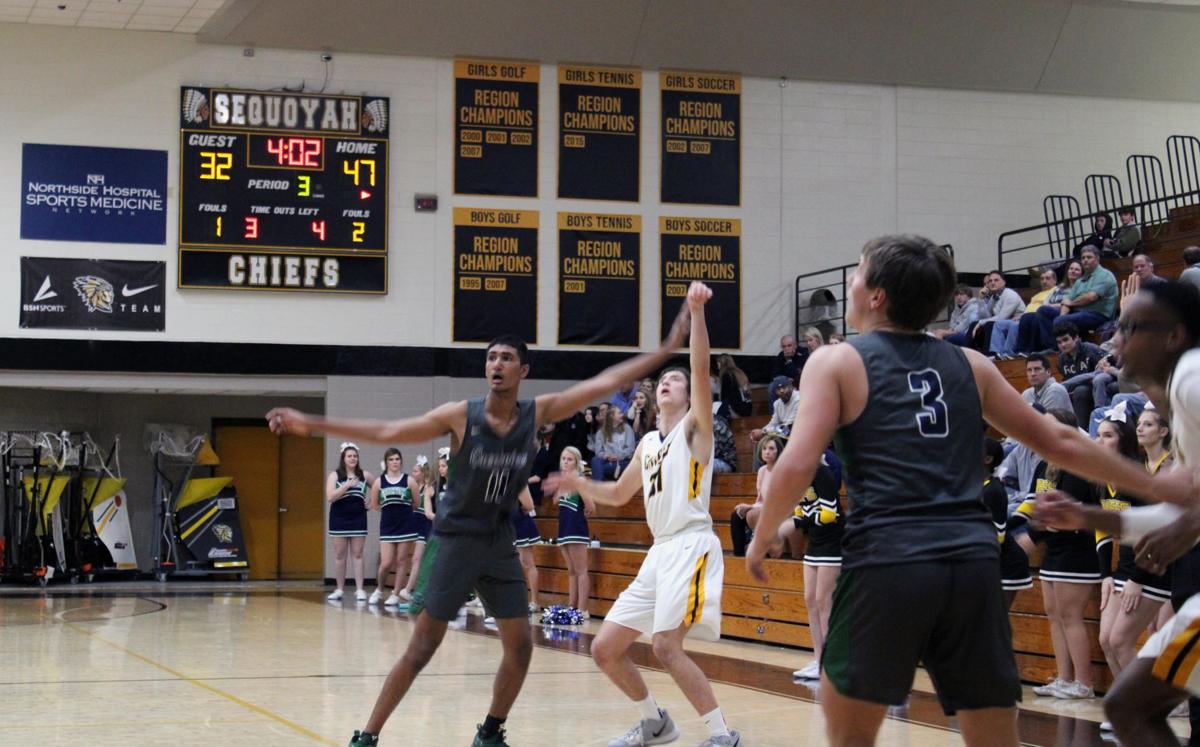 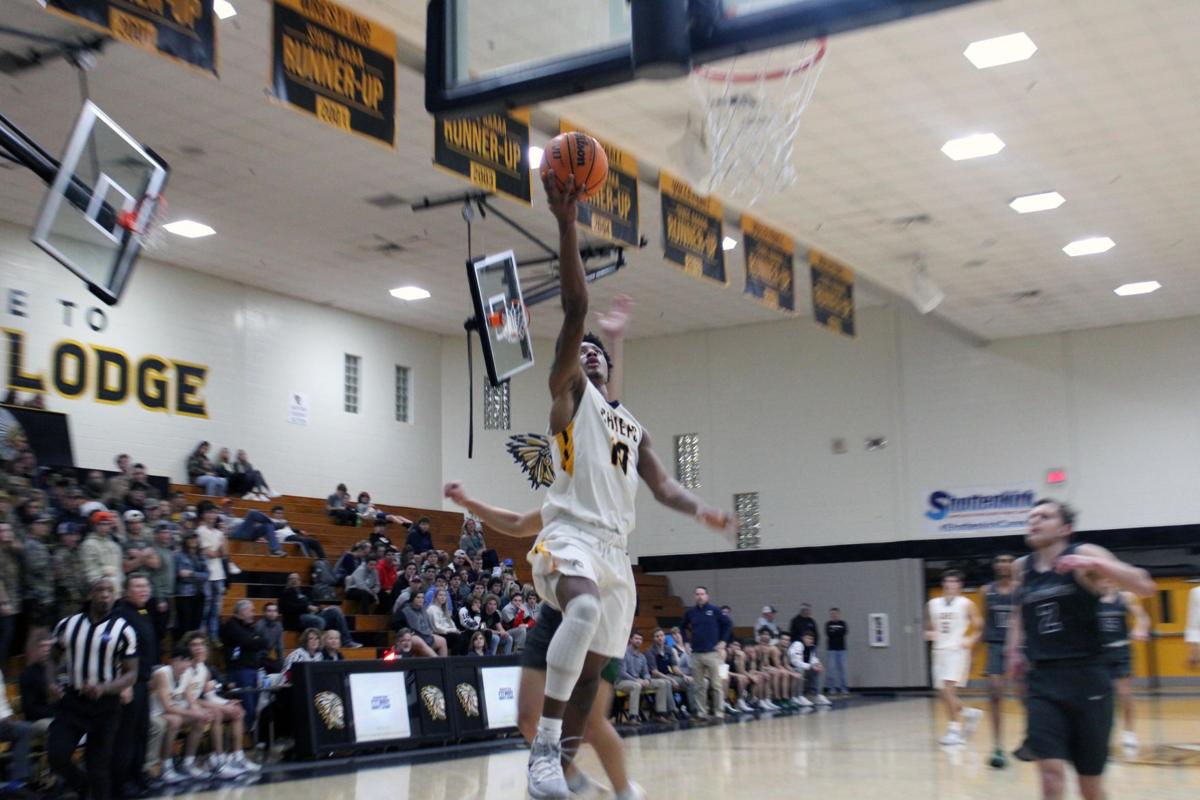 Sequoyah’s Myles McGee rises for a layup on Tuesday night in Canton.

Above: Sequoyah’s Jacksen Greco backs away after sinking a free throw Tuesday night against Creekview. The senior scored 20 points to give him 1,516 for his career, passing the late Adam Benton as the all-time leading scorer in team history. Above: Greco (31) poses after the game with his teammates, including Myles McGee (right center), who passed 1,000 career points.

Sequoyah’s Myles McGee rises for a layup on Tuesday night in Canton.

CANTON — Sequoyah beat Creekview 77-64 in the War Lodge last Tuesday night, but the history made in the process took center stage.

Senior Jacksen Greco became the Chiefs’ all-time leading scorer on a deep 3-pointer in the first quarter, passing Adam Benton’s mark of 1,501, which had been in place since 1994.

Greco finished with a game-high 20 points and now has 1,516 for his career. Fittingly, the bucket that put him atop the list came on his signature 3-point shot.

“It means everything to me,” he said. “I put Adam Benton’s initials on my shoes before the game because I wanted to show my respect as a tribute to him.”

Benton died in 2003 at the age of 27, and Greco said honoring his legacy was important to him personally.

“His jersey is retired, and I’ve seen it up on the wall every day since freshman year,” Greco said. “It’s such an honor to pass him.”

Greco’s record-setting shot was part of a 17-4 run to open the game for the Chiefs (13-4, 7-2 Region 6AAAAAA) who led wire-to-wire. Sequoyah attacked the basket at every opportunity and was led by a quartet of seniors in Greco, Myles McGee, Donovan Shipp and Dashaun Robinson.

Each scored during the first-quarter run, and the Chiefs led 41-25 at the half.

“The first 4 minutes were about as good as we could have started a game,” Sequoyah coach Allen Carden said. “We were playing so well together on both the offensive and defensive end. These region games are so important because the top two get an automatic state playoff berth. Our region is so tough top to bottom, we want to take care of our business now before that region tournament.”

Creekview (4-13, 2-7), playing without senior Spencer McDonald, who sat out with an injury, was led by Umar Rashid’s 13 points. Jayden Cox-Young and Trent Jackson each finished with 11 points.

Creekview cut into the lead a bit in the fourth quarter, but the game’s outcome was well in hand.

Creekview coach Casey Grambling, a 1995 graduate of Sequoyah, was a teammate of Benton’s and reflected on Greco’s achievement following the game.

“Jacksen came up to me before the game, showed me his shoes and told me he knew I was close with Adam,” Gramling said. “He’s just a good young man — really classy. I wanted him to break the record. I just didn’t want it to be tonight against us.”

Greco’s moment was not the only piece of history for Sequoyah, as McGee also became the 10th player in team history to reach 1,000 career points. McGee, a Northern Illinois football signee, joined Greco and Shipp in the 1,000-point club.

“I love playing basketball, and getting that 1,000th point really meant a lot to me,” McGee said. “These guys are like my brothers. We’ve been playing together forever, and it was cool to reach this point with them.”

Former Sequoyah boys basketball coach Mark Farist was also in attendance and spoke with the team following the game.

“I told Greco to finish strong and, hopefully, it’ll be 27 or 28 years before someone breaks his record,” Farist said. “Adam was a scorer, but Jacksen is a better shooter in my opinion. I was glad Myles reached his mark tonight, too, because it’s really an honor for both of those kids.”

Greco said he was a bit relieved when his first two shots fell early, allowing he and his teammates to focus on the primary goal of winning the game. The Mercer signee was 6-for-8 from 3-point territory while adding five rebounds and three assists.

After a loss to River Ridge on Dec. 12, the Chiefs have rattled off eight straight wins.

With the historical benchmarks now behind them, Greco said the team is focused on the remainder of the schedule.

“We had some losses earlier in the season where we just weren’t ready to play,” he said. “We’ve started focusing more on the little things and the little details, and we’ve got to keep working to get those losses back.”