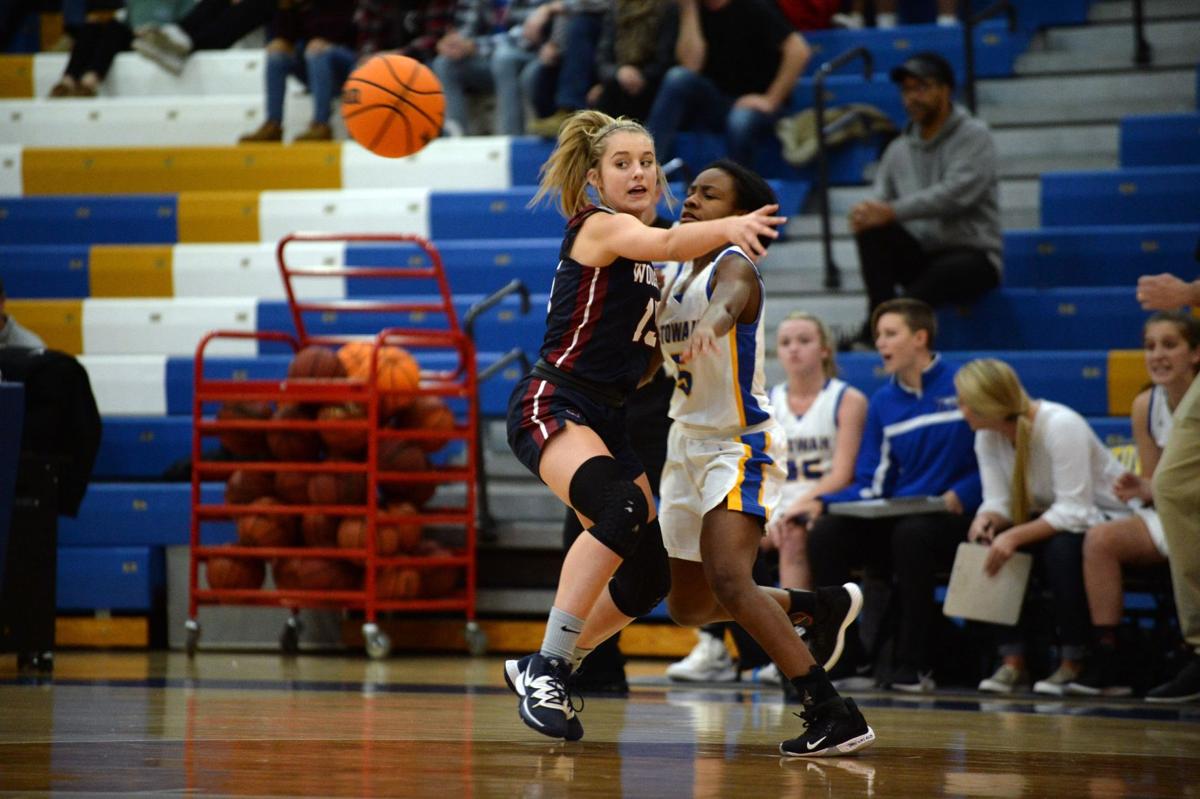 Above: Woodstock freshman Karson Martin, left, defends Etowah freshman Jada Peterson during a game at Etowah on Tuesday. Martin and Peterson are among the number of freshmen across the county contributing at the varsity level. Below: Elle Blatchford has flourished in her freshman season, having already emerged as one of Sequoyah’s top players. 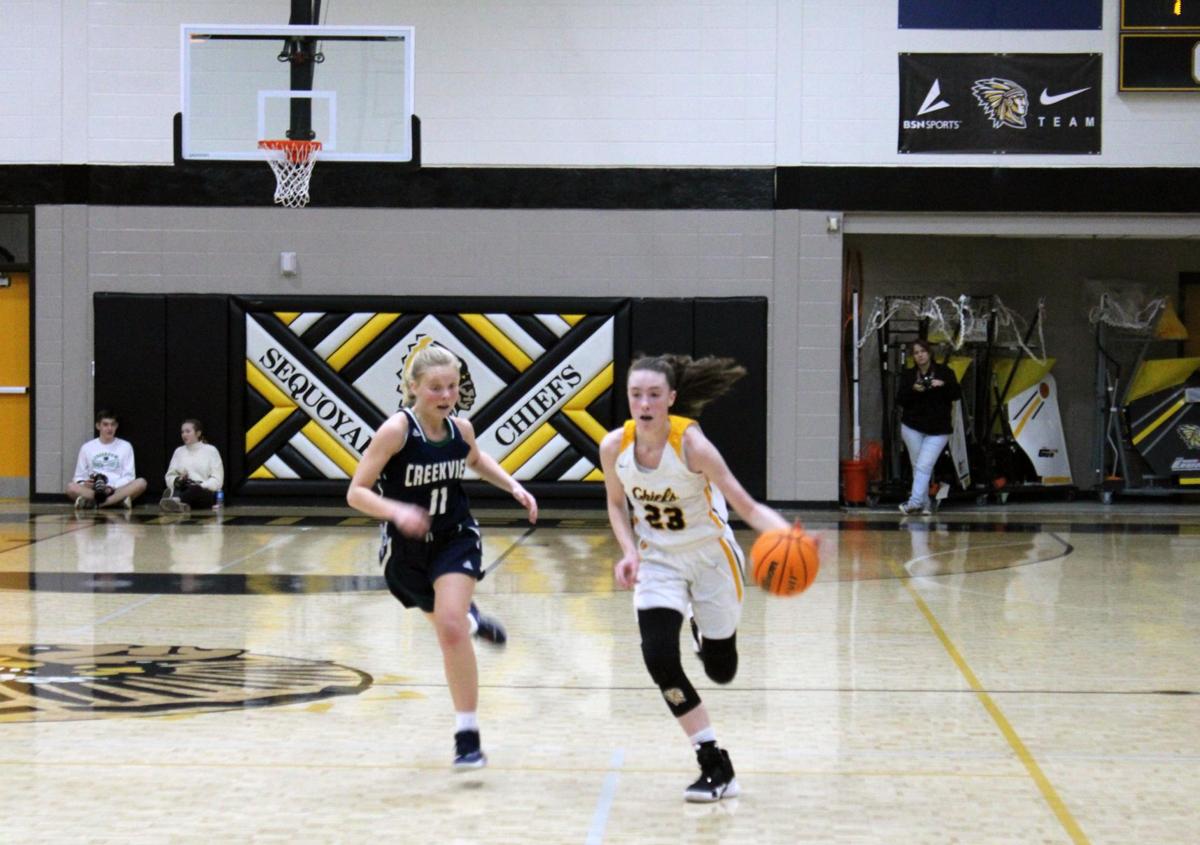 Sequoyah freshman Elle Blatchford (23) dribbles down the court during a game at Sequoyah on Tuesday. 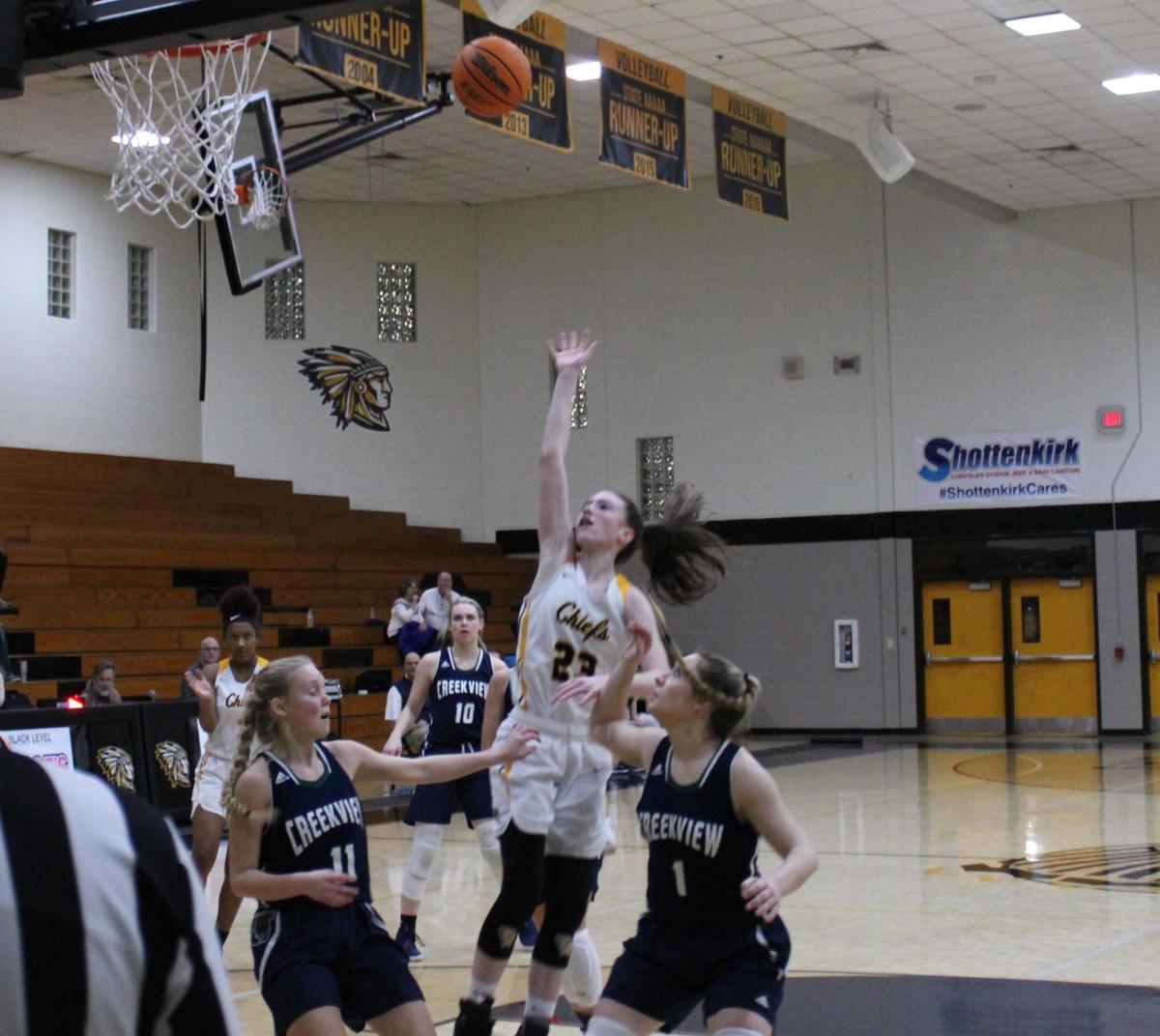 Sequoyah freshman Elle Blatchford (23) puts up a floater in the lane during a game at Sequoyah on Tuesday. 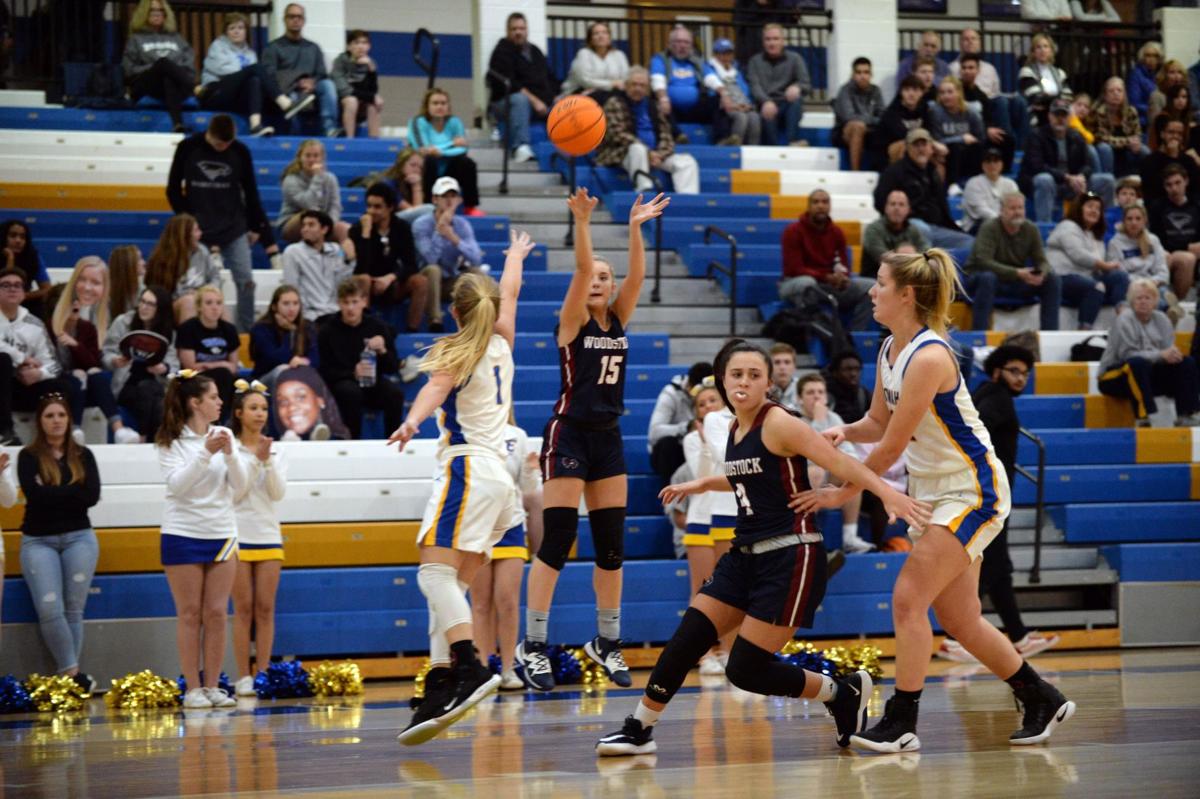 Woodstock freshman Karson Martin (15) shoots a 3-point shot during a game at Etowah on Tuesday. 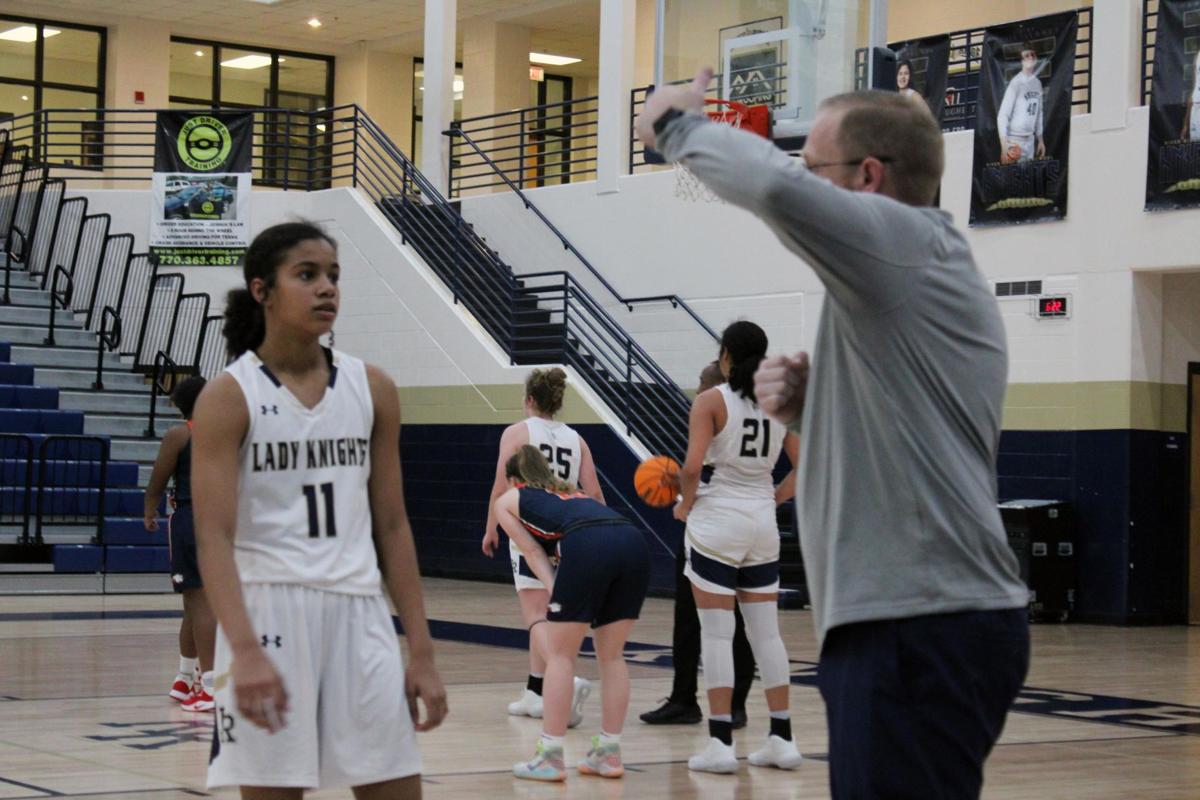 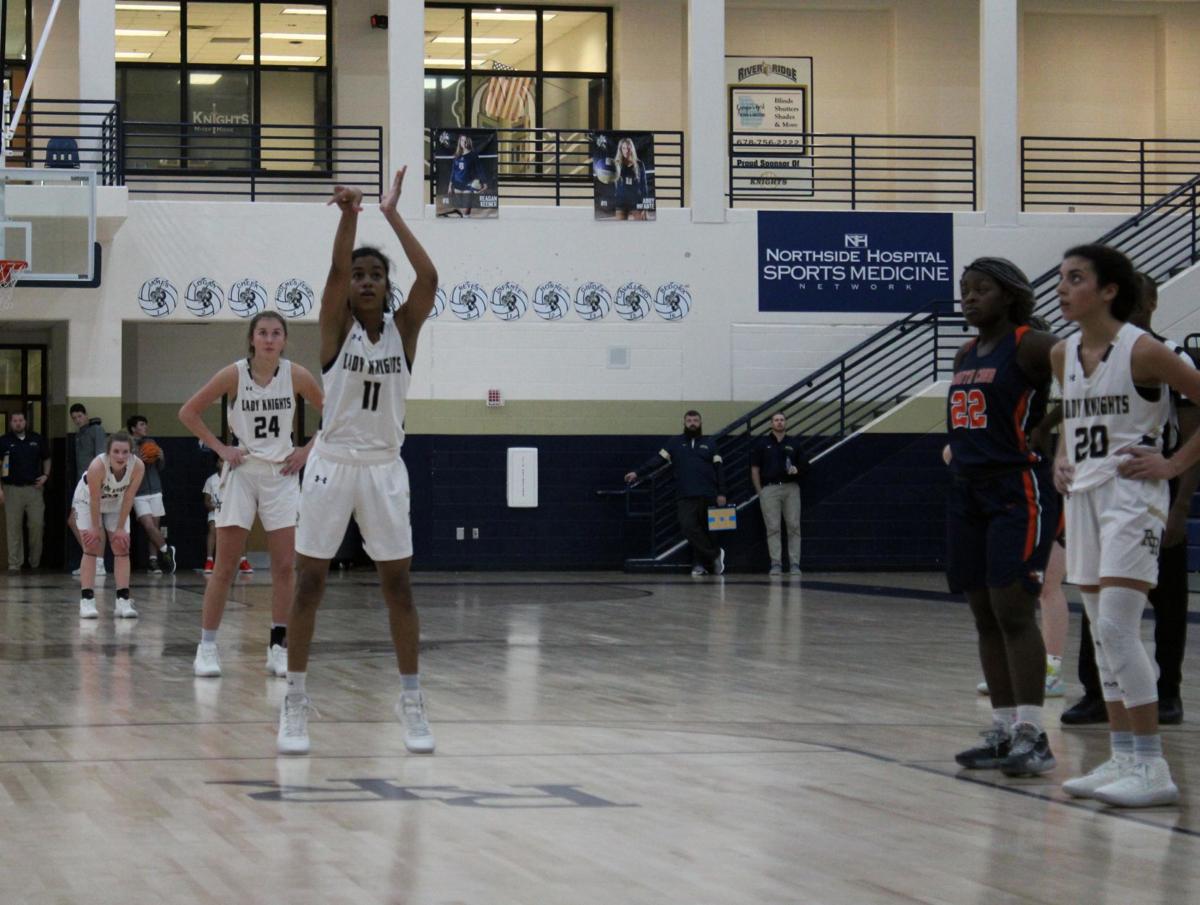 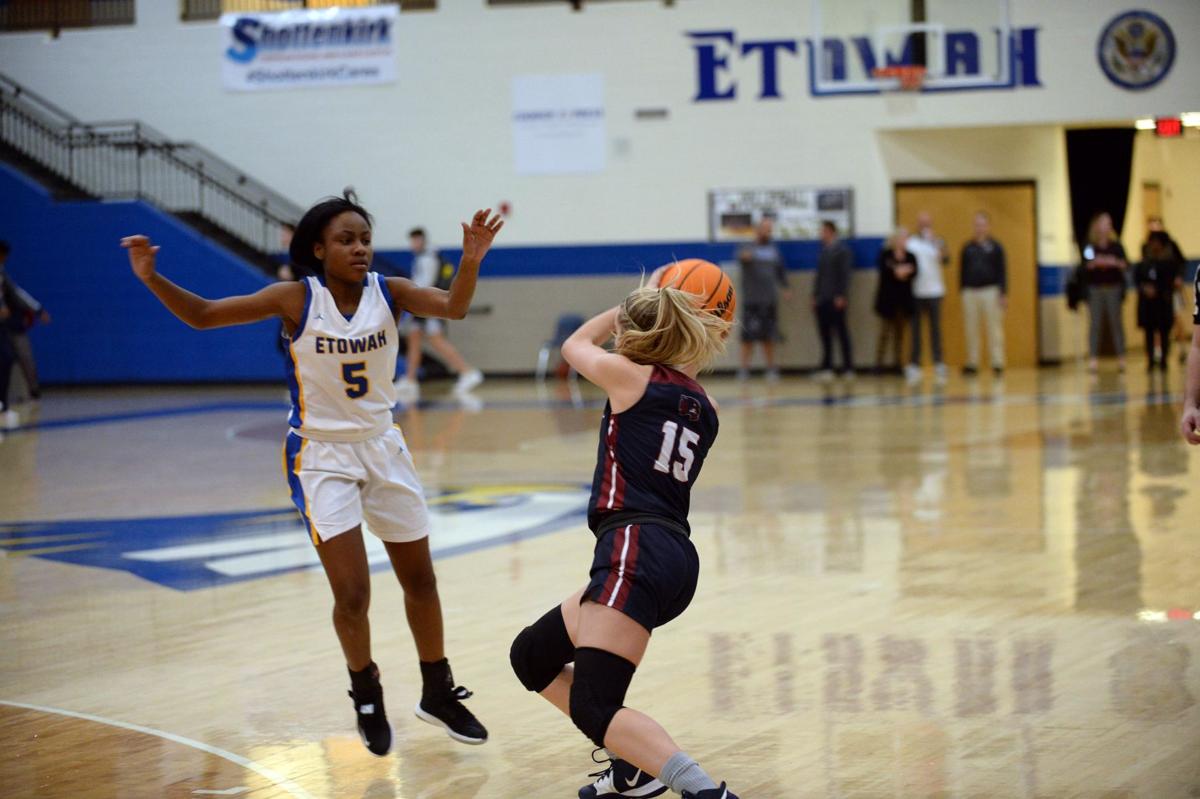 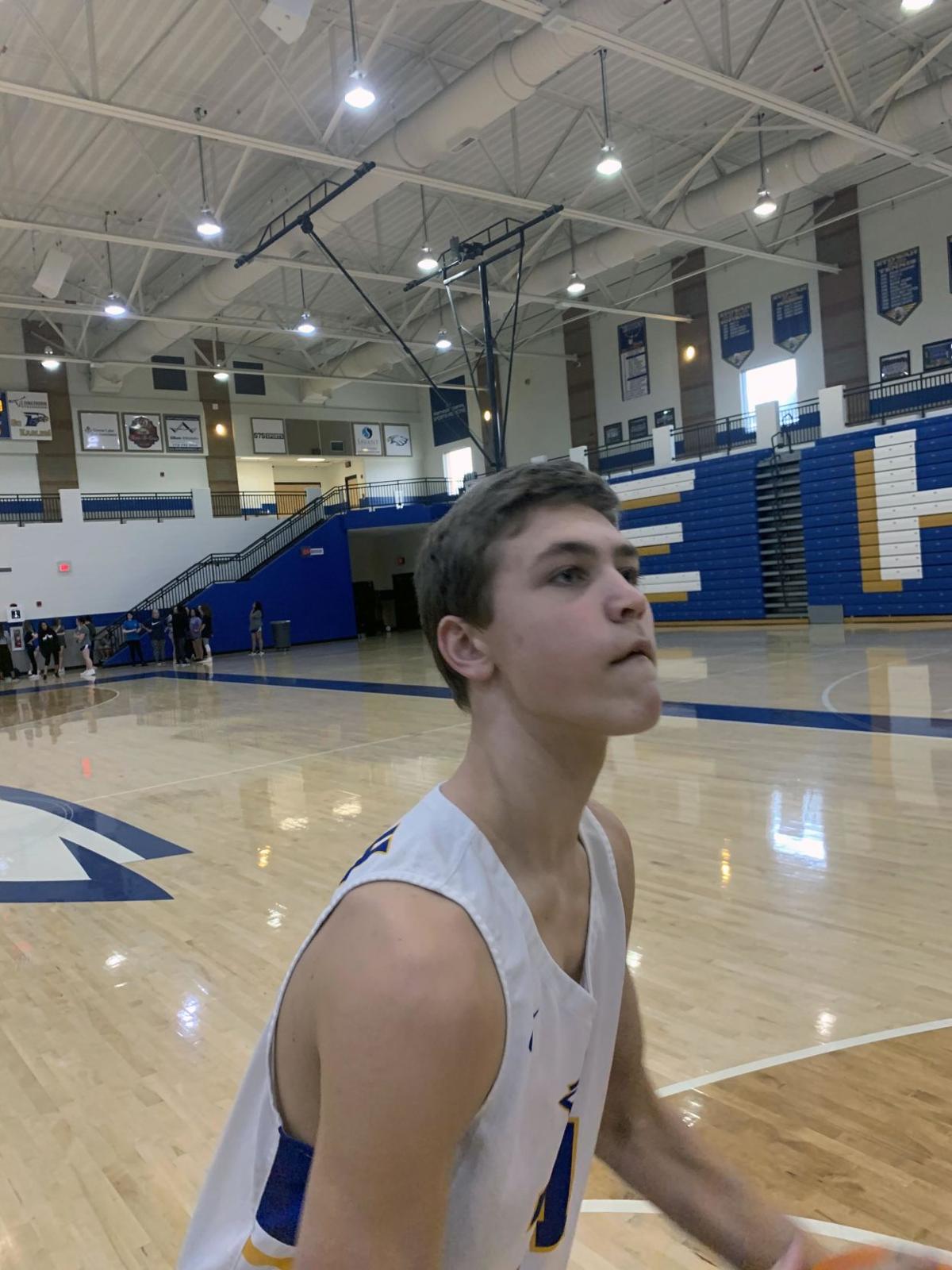 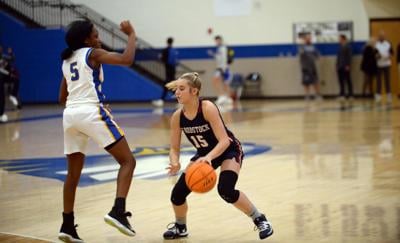 Above: Woodstock freshman Karson Martin, left, defends Etowah freshman Jada Peterson during a game at Etowah on Tuesday. Martin and Peterson are among the number of freshmen across the county contributing at the varsity level. Below: Elle Blatchford has flourished in her freshman season, having already emerged as one of Sequoyah’s top players.

Sequoyah freshman Elle Blatchford (23) dribbles down the court during a game at Sequoyah on Tuesday.

Sequoyah freshman Elle Blatchford (23) puts up a floater in the lane during a game at Sequoyah on Tuesday.

Woodstock freshman Karson Martin (15) shoots a 3-point shot during a game at Etowah on Tuesday.

If the first half of the season is any indication, basketball in Cherokee County has a bright future.

Several teams have talented freshmen making major contributions this season, and in multiple cases, these players are helping propel their teams toward the top of the region standings.

Sequoyah girls coach Chris Yarbrough said it did not take long for him to see that a freshman guard would likely be his best player this season, and his prediction has turned out to be correct.

Blatchford was shooting 30% from 3-point territory, 55% from inside the arc and 83% from the foul line, and she has been noted for her composure at the point guard position. Blatchford finished with 15 points, five assists, four rebounds and two steals in a win this week over Creekview.

On a guard-heavy team, Blatchford has stood out with her ball-handling, play-making and decision-making abilities.

“I’ve coached many talented players before and Elle might be the most skilled freshman I’ve ever coached,” Yarbrough said. “ It’s a real luxury to have someone like her because it just makes everyone better around her. I have been impressed with the way Elle has grasped our offense. She has a great sense of spacing and it is going to force teams to respect her skills, which, in turn, should create open shots for teammates.”

At Woodstock, Karson Martin has emerged as one of coach Regina Tate-Leslie’s most dynamic players. In her first year, Martin has joined sophomore Bridget Utberg as one of the Lady Wolverines’ most well-rounded players, averaging of 9.5 points, 4.6 rebounds, 2.5 assists and 3 steals per game.

Martin scored 21 points in the first game of the season and recorded double-digit scoring outputs in nine games. She finished with 10 points, 11 rebounds, six assists and six steals in a win over Salem, her best overall performance of the season.

The Lady Wolverines (16-2, 4-1) are ranked in the top 10 in Class AAAAAAA and sit just below Cherokee atop the Region 4 standings. Tate-Leslie said Martin’s defense is one of the reasons why.

“She is one of our best on-ball defenders because she commits to learning and playing good defense,” Tate-Leslie said. “Karson is a workhorse. She has a high basketball IQ and many of the mistakes she makes is because she sees what is supposed to happen before it does, and she’s had to adjust to her teammates. She’s a smart player who is only going to get better because she truly desires to be the best.”

River Ridge has a pair of freshmen who are both enjoying successful debut seasons.

The pair have been responsible for nearly half of the River Ridge’s scoring this season.

“The numbers speak for themselves,” River Ridge coach Jason Taylor said. “As a result of those numbers, our team is much better than it was last year.”

Paulson’s 3-pointer as time expired propelled River Ridge to win at Osborne earlier this season, and her seven 3-pointers against Mountain View demonstrated her shooting acumen.

“Emily is a tremendous shooter and is not afraid of big moments,” Taylor said. “She’s quick and has good basketball instincts. She plays with a lot of confidence.”

Whether driving the ball past defenders or setting up teammates for easy baskets, Gayle’s athletic ability stands out even among seasoned varsity players.

“Mataya is a tremendous athlete that is excellent on the perimeter with the ball,” Taylor said. “She has great court vision and is also a tenacious defender that us very disruptive on the court. I can’t wait to see where they are in the next four years.”

Etowah can boast a pair of standout freshmen on both the boys and girls teams.

Jada Peterson has emerged as one of the girls team’s best guards this season, averaging 8 points and 2.1 assists per game, but coach Rob Graner said Peterson’s impact defensively is where it all starts.

“She’s been a really good on-player defender for us,” Graner said. “She’s developing into a major player for us. She still struggles at times with situations in the game, but is learning about how fast and physical this level really is.”

On the boys side, Etowah’s Mason Etter has helped Etowah (13-4, 4-0) atop the Region 4AAAAAAA standings while averaging 9.7 points, 4.8 rebounds, 2.1 assists per game. He has also drawn an average of 2.6 charges per game.

Etter is shooting 47% from 3-point territory, and coach Jason Dasinger said Etter’s play has made it easy to decide if he stays on the court or not.

“He has gone from a guy who could make some shots for us to a kid we can’t take off the floor,” Dasinger said. “Regardless of his scoring, he impacts the game every day with his defense and decision-making. His basketball IQ is off the charts. If he continues to develop as an athlete, he will be a very, very special player.”

Etter is following in his older brother’s footsteps. Jaxon Etter starred for the Eagles from 2017-19 before earning a preferred walk-on roster spot at Georgia.

The 1-on-1 games in the backyard helped Mason according to his brother.

“Growing up, I never let him win, so it got to the point where he didn’t want to play me anymore,” Jaxon Etter said. “Honestly, I think that probably helped him because he finally understood he had to play a little more competitively.

Beyond Mason Etter’s shooting and defensive abilities, his composure with the ball and offensive decision-making has been beyond the norm for a freshman playing his first season of varsity basketball. Unlike most underclassmen, Etter has demonstrated an ability to largely play under control, which is something his brother said comes natural.

The physical resemblance is apparent to most fans, but Jaxon Etter sees differences as well.

“We look exactly the same, but the biggest difference is that he’s as tall as I am right now as a freshman in high school,” Jaxon Etter said. “Hopefully, he keeps growing because, honestly, his ability to shoot is special. I’m really excited to see the next few years for him. Hopefully, he’ll have more opportunities than I did.”