The Latest: UK's Johnson still has symptoms of …

Stocks shake off an early stumble and turn slig… 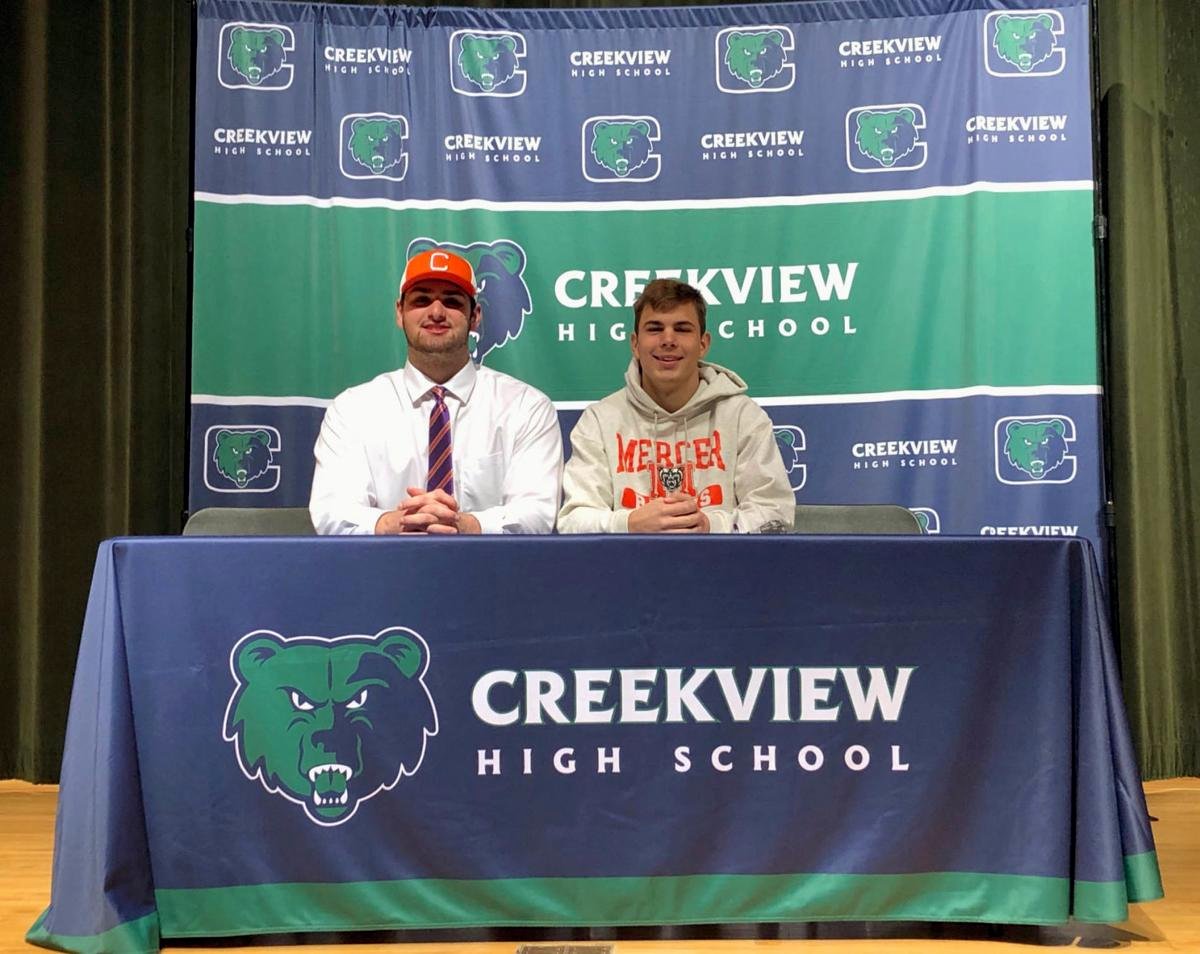 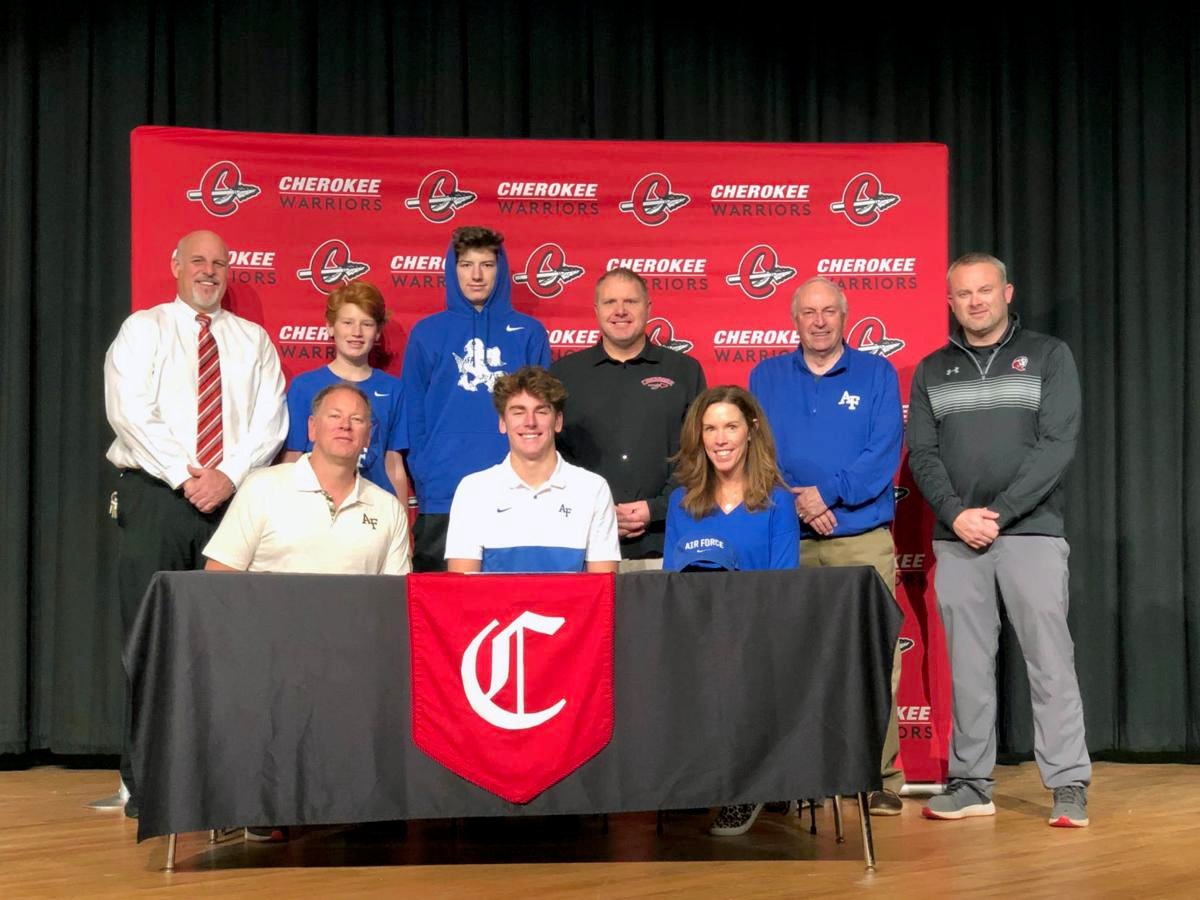 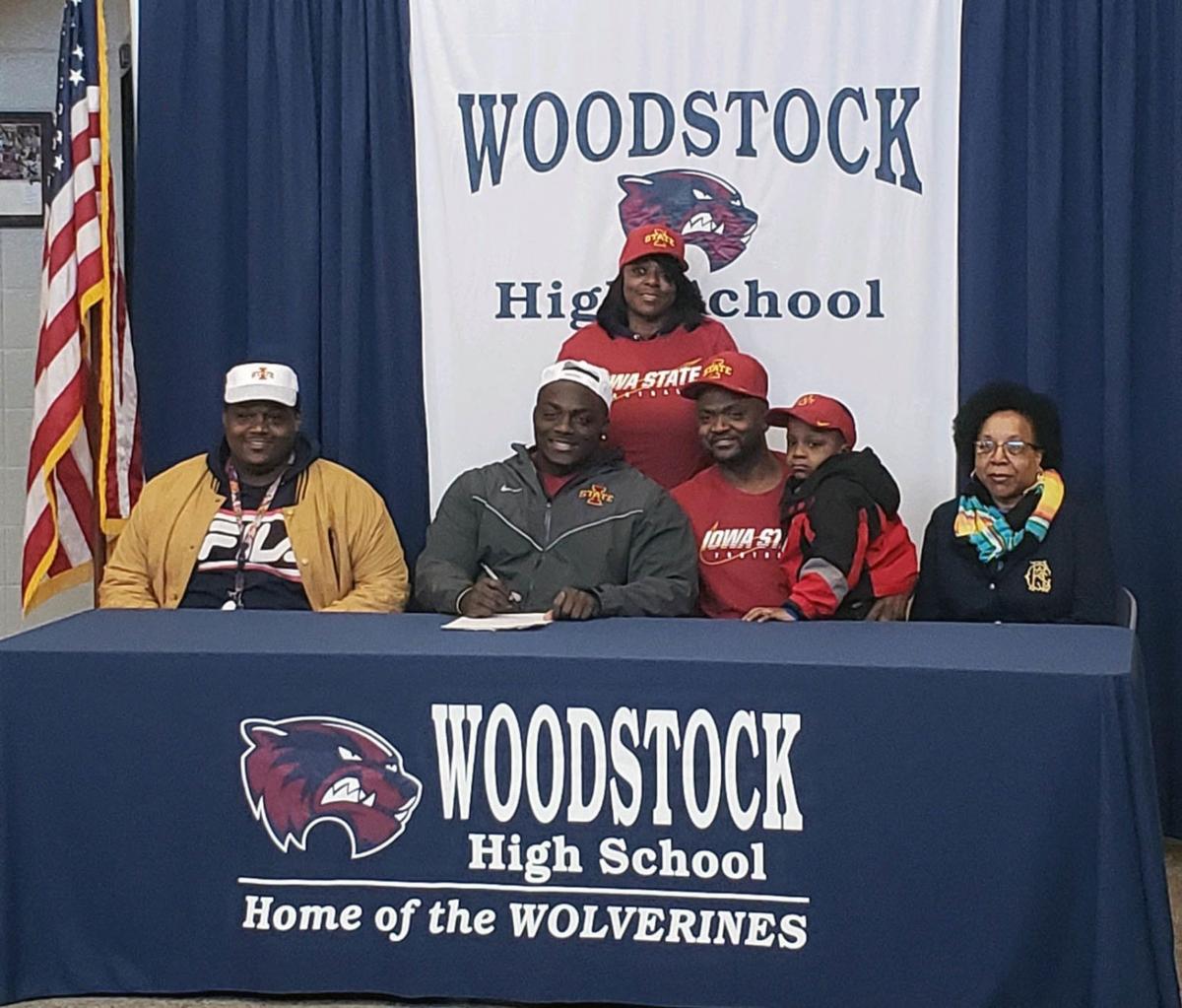 After two years playing at Hutchinson Community College in Kansas, Latrell Bankston came back to Woodstock to sign his letter of intent with Iowa State. 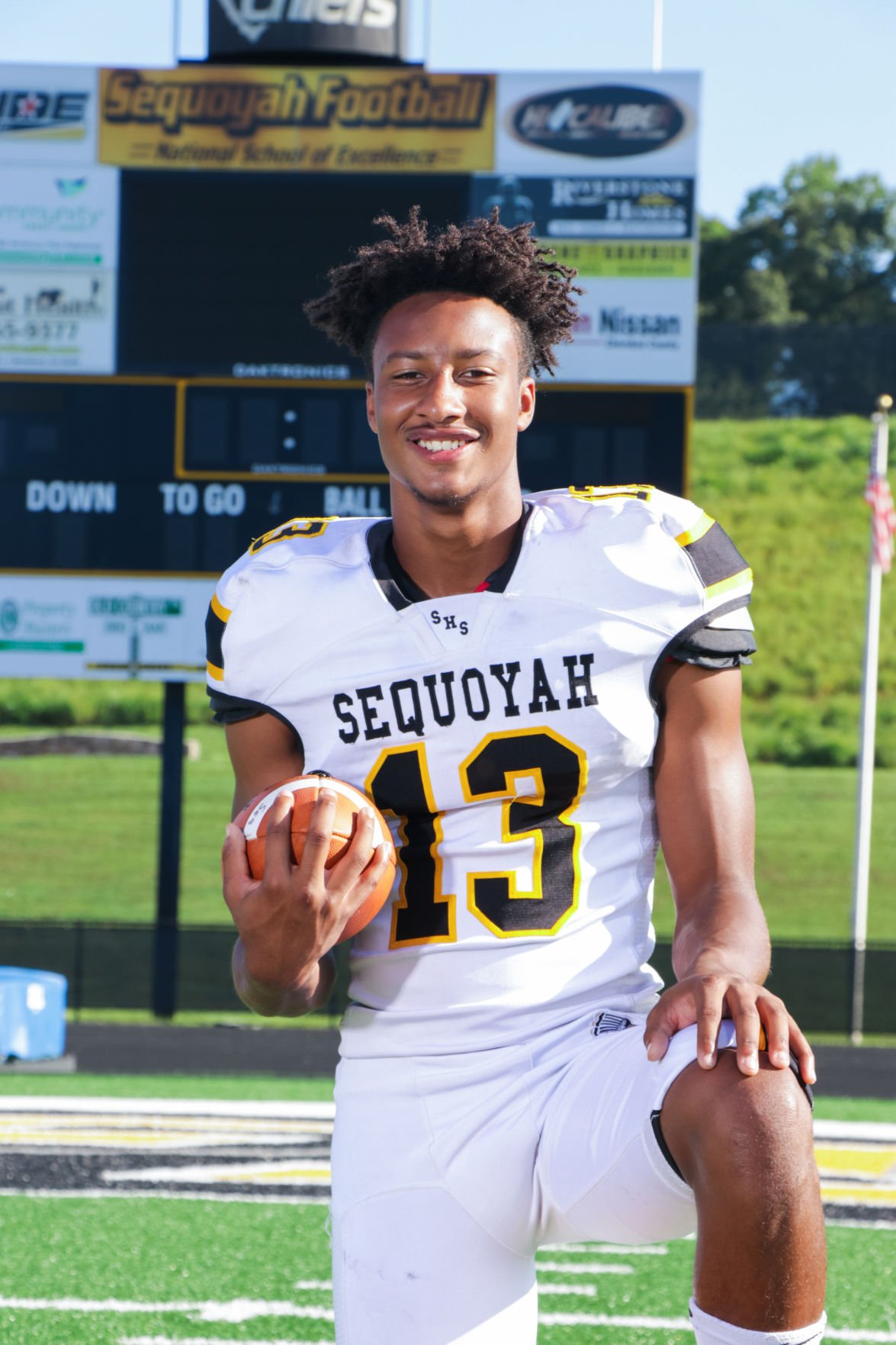 After two years playing at Hutchinson Community College in Kansas, Latrell Bankston came back to Woodstock to sign his letter of intent with Iowa State.

For high school football players, National Signing Day is the culmination of many years of hard work.

Five players from Cherokee County made their college choices official last Wednesday during the early signing period, and more could follow on the second signing day Feb. 5.

Latrell Bankston, Patrick Dahlen, Ethan Dirrim, Myles McGee and John Williams each will be playing Division I football next season and fans from Cherokee County will have their eyes spread from Colorado to Macon.

Creekview was the only school with two signees Wednesday, with two-way player Ethan Dirrim signing with Mercer and offensive lineman John Williams signing with Clemson.

Williams, a three-star recruit according to 247Sports and the highest-rated prospect in the county, has been committed to Clemson since September 2018. Even with his decision made well in advance, the 6-foot-5, 270-pound senior said he was beyond excited to finally join the defending national champions.

As of Wednesday evening, Clemson had the consensus nation’s No. 1-rated signing class.

“Clemson wants you to enjoy the moment,” Williams said. “After I committed my junior year, it took other schools about a month to realize that I was going to say no regardless of what they said.

“I went to campus my eighth-grade year and fell in love with the place. People talk about culture and feel, but it just reminded me of Canton. It was just perfect for me. The success is gonna come at Clemson with how coach (Dabo) Sweeney has built his team.”

Dirrim had his decision come down to the last week.

After former Reinhardt coach Drew Cronic was announced Dec. 10 as Mercer’s new coach, he soon made a phone call to Dirrim, which was enough to convince the multi-skilled athlete.

“They offered me Friday, and their coaches had only been there for two days,” Dirrim said. “Me and my dad read about the coaches and we talked to them. (Creekview coach Trevor) Williams was telling me great things about them, too.”

“It felt great to make it official, and I’m excited about having the chance to turn their program around. More than anything, I’m just excited to play again because, after our last game against Harrison, I was already missing it a few days later.”

Cherokee’s Patrick Dahlen made his commitment to the U.S. Air Force Academy official Wednesday by sending in his letter of intent, though the talented defensive back is still awaiting the formality of receiving his official letter of appointment required for every service academy applicant.

Dahlen committed to Air Force on Aug. 1 and began the lengthy application process on the very next day. He will make an official visit to the academy’s campus in Colorado on Jan. 24 and said he has been in constant communication with the Falcons’ coaching staff.

“I didn’t want to go to a school just for football,” Dahlen said. “I just don’t think there’s any other place where you can get the high-level education and the character-building like you can at Air Force. You have a guaranteed job right when you get out, and it just opens up a lot of options for me.”

Another defensive back, Sequoyah’s Myles McGee, said he could not wait to wake up Wednesday morning. The rangy cornerback said other schools attempted to reach out to him after his commitment to Northern Illinois earlier this year, but he knew where his heart was set.

“I never really thought I was going to play football in college, so today was just amazing,” McGee said. “When I went up there, they showed me a lot of love, and I just loved the vibes. I’m just excited to get out on the field and do what I love.”

Woodstock’s Latrell Bankston took a road less traveled, but the 300-pound defensive linemen said Wednesday made the journey worth it.

“Today was just a real big blessing,” Bankston said. “Coming from nothing to something. Just to have a chance to change my life in a couple years in a huge blessing.”

The 2018 Woodstock graduate spent the last two seasons playing for Hutchinson Community College in Hutchinson, Kansas. After breaking his leg his freshman season, he wrote down his goals for his sophomore year on a chalkboard in his room — become an All-American, become conference player of the year and record 50 tackles, 15 tackles for loss and 10 sacks.

“It’s funny, because I overachieved all my goals,” Bankston said.

After earning junior college All-American honors and a three-star rating as the No. 3-ranked junior college defensive tackle in the country, he signed to play at Iowa State.

“Coach (Matt) Campbell was the most genuine guy,” Bankston said. “He told me I was their No. 1 target, and it was going to stay that way. Knowing I could play right away on a big stage, it was a match made in heaven.”