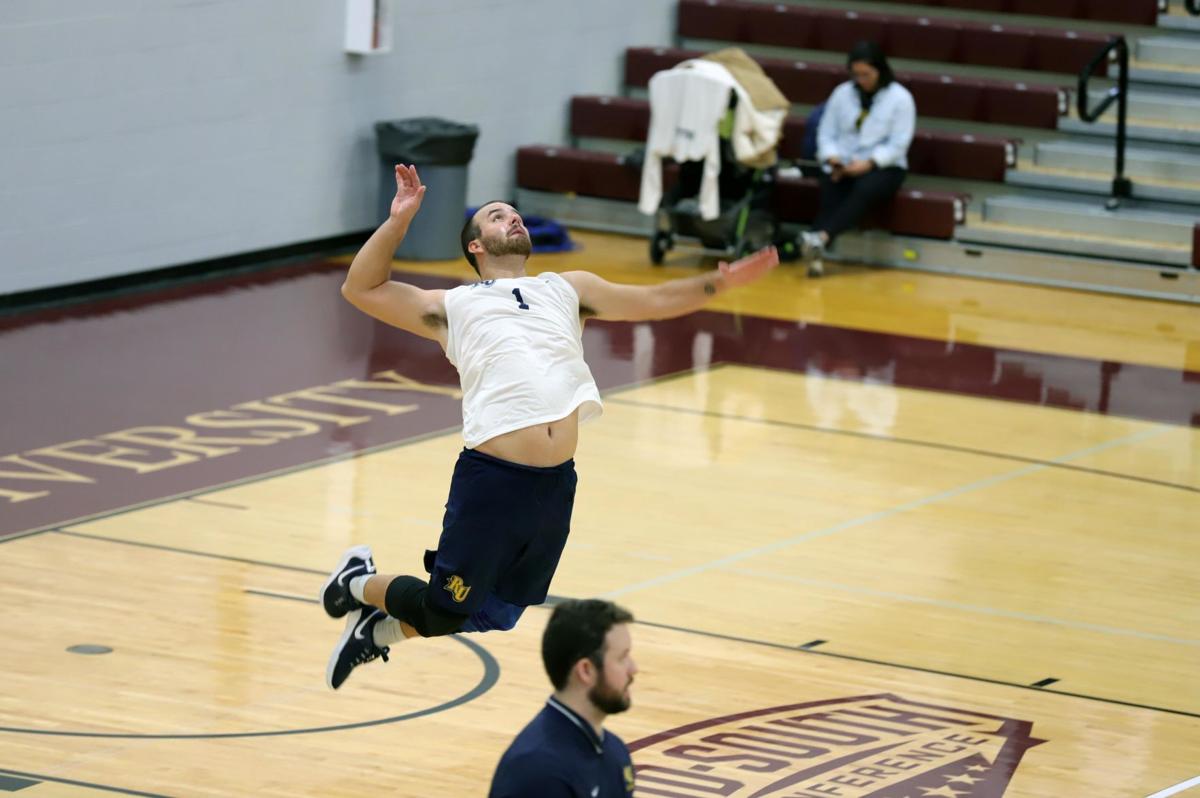 Reinhardt captain Matthew Corrales led the team with 25 kills in the Eagles' first-ever win this past Friday. 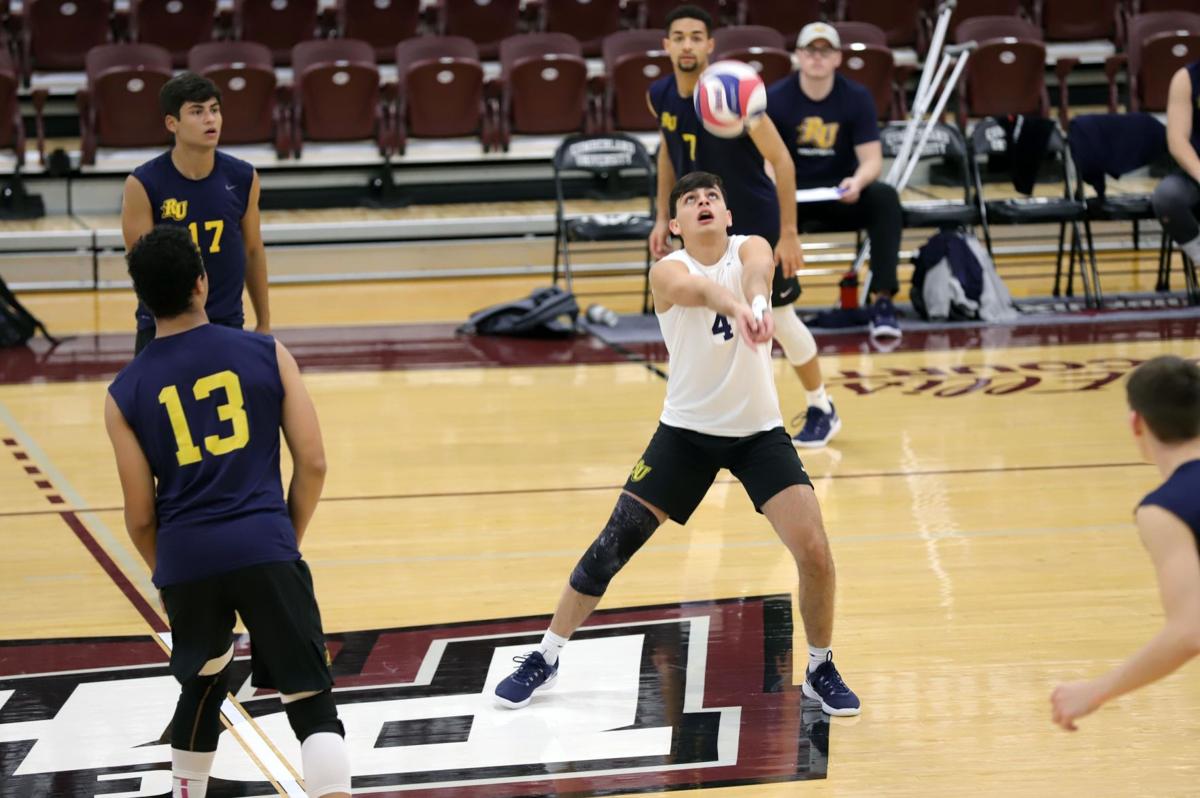 Reinhardt freshman Reynaldo Medina (4) sets up his teammate during practice this past weekend. 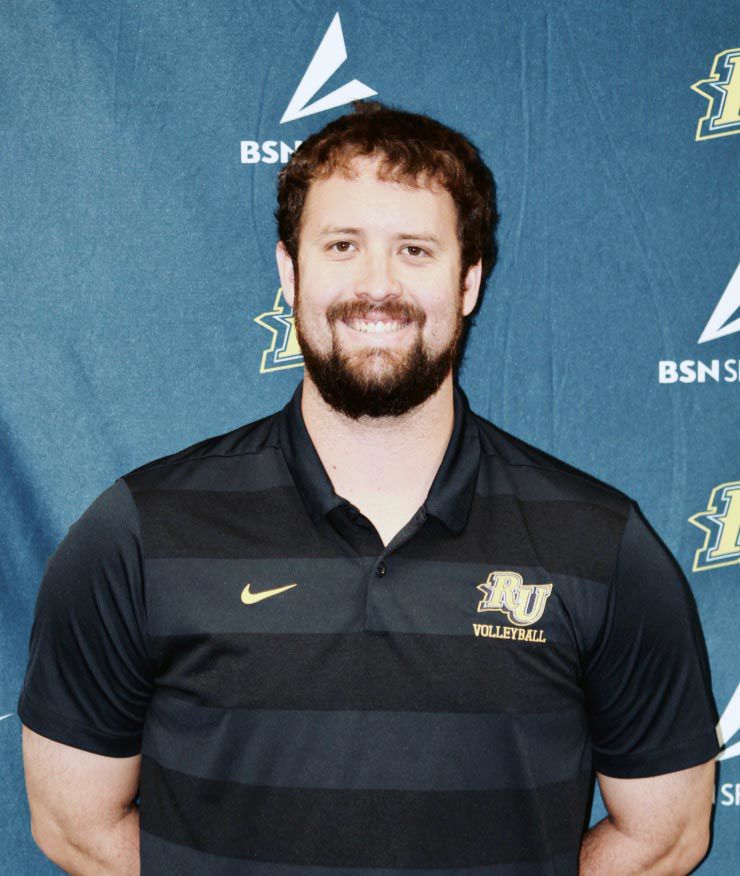 Reinhardt captain Matthew Corrales led the team with 25 kills in the Eagles' first-ever win this past Friday.

Reinhardt freshman Reynaldo Medina (4) sets up his teammate during practice this past weekend.

Reinhardt unveiled its latest athletic program this past weekend with its men’s volleyball team competing for the first time in program history.

The Eagles competed at the Phoenix Men’s Volleyball Classic in Lebanon, Tennessee on Friday and Saturday and finished the tournament with a 1-3 record. A 3-0 loss to No. 4 Lourdes University (Ohio) on Friday was the first result in program history but the Eagles followed it up with a 3-1 victory over Judson College (Ala.) later in the evening.

“I thought this weekend went well overall,” first-year coach C.J. Shearer said. “I thought there were a lot of moments where we were able to get some younger guys in some situations that they’ve probably never seen before. I think we rode the emotional roller coaster a little bit too much on Saturday but overall I’m very pleased.”

Judson won the first set of the match against Reinhardt on Friday evening, but the Eagles rallied to take the next three sets en route to victory. Matthew Corrales, a junior from Orlando, Florida, led Reinhardt with 25 kills while Ricardo Mujica led the team with 37 assists and Reynaldo Medina led the team with 11 digs.

Mujica and Medina, both freshmen from Puerto Rico, are two members of a roster which includes players from as far away as Hawaii and as close as county schools River Ridge, Sequoyah and Woodstock.

“A big part of building the roster was finding kids who were excited about being a part of a first-year program,” Shearer said. “Reinhardt makes it easy to sell because with the backing of the president and the athletic department we know they’ve got our backs. Building the roster was about asking the kids whether they want to go somewhere and just play or go somewhere where you can be a part of building a program from within.”

Shearer, who was a member of the first-ever men’s volleyball class at Limestone College, can sell the dream because he’s lived it. Shearer has been an assistant with the Reinhardt women’s volleyball team for the past three seasons and prior to his time in Waleska served as an assistant women’s coach at Webber International University for two seasons and the head coach for the Webber men’s club volleyball team for one season.

“Boys want to play they just need the platform,” Shearer said. “It’s been unbelievable for a few of these kids. All the guys really are really relishing this experience.”

Men’s volleyball is the 23rd team in the Reinhardt athletic program. Shearer said his goals for this season won’t be quantified in wins and losses but instead in whether he sees growth in the unity between teammates. Shearer said the schedule, which included the No. 4-ranked team in the country to open the season, was intentional.

"I really set up the first half to be a challenge," Shearer said. "We want to try to bring our guys up to speed as fast as possible."

“We want to build what Reinhardt is from the inside,” Shearer said. “Obviously we want to be better in the second half of the season than in the first half but if we can say we never bailed on each other this season, regardless of wins and losses, then I’ll view this as a successful year.

“There’s so many cool little things mixed into this story. I just feel blessed to be the person that gets to do this with starting a brand new program.”