Giants return, so do some players, but Padres' … 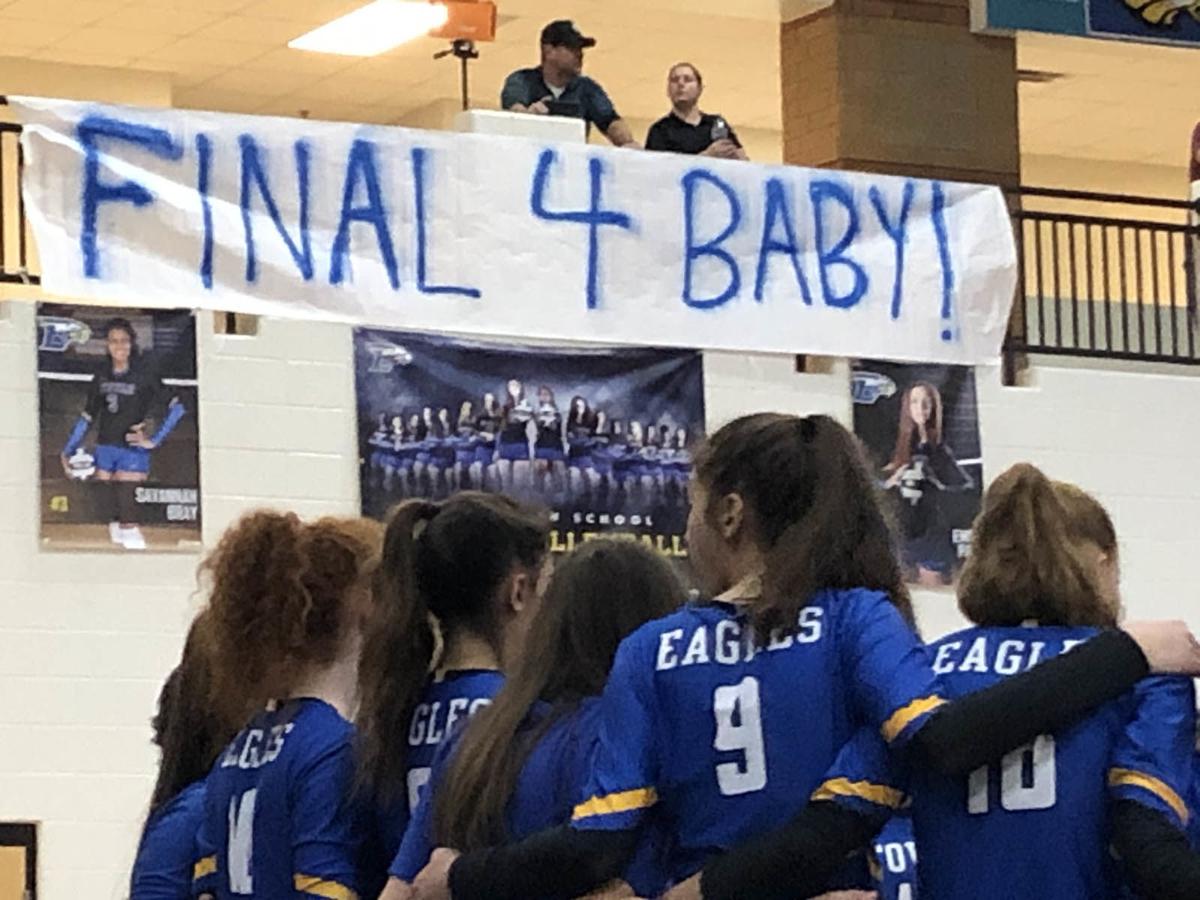 Etowah players huddle against Lassiter in the Class AAAAAAA semifinal. 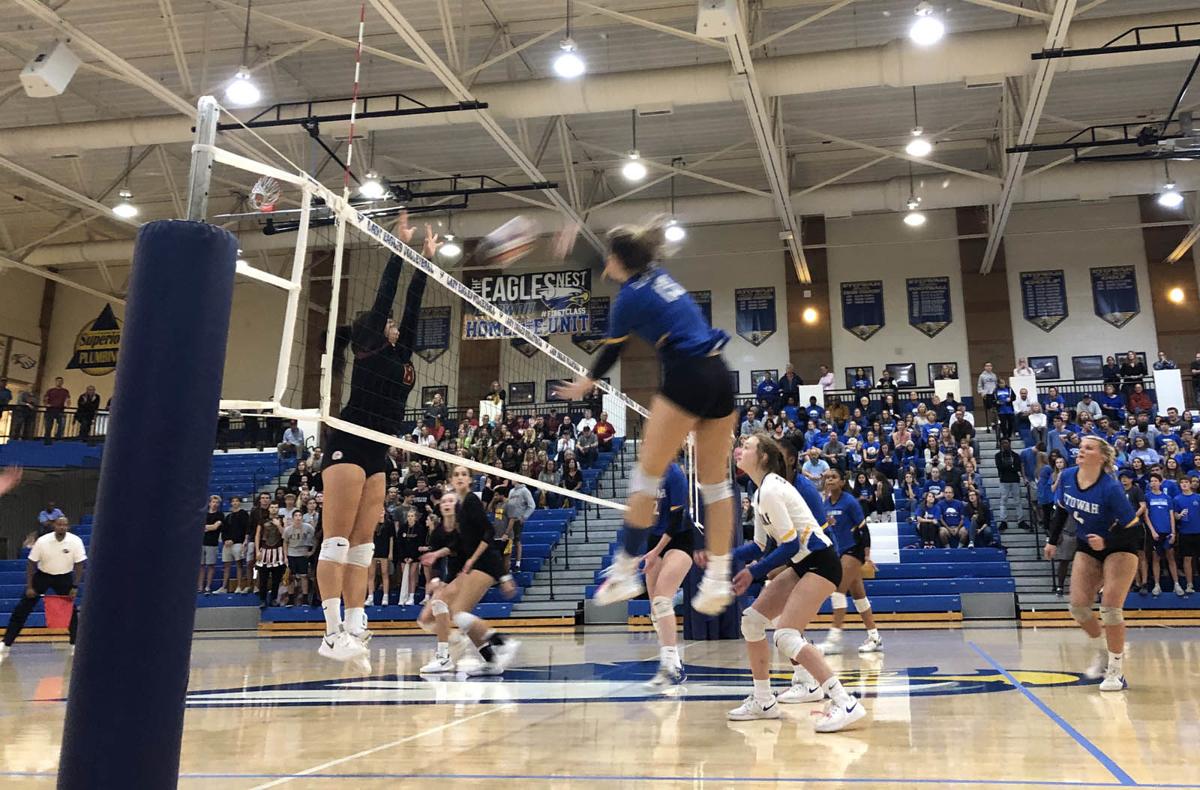 An Etowah player goes on the attack against Lassiter in the Class AAAAAAA semifinal. 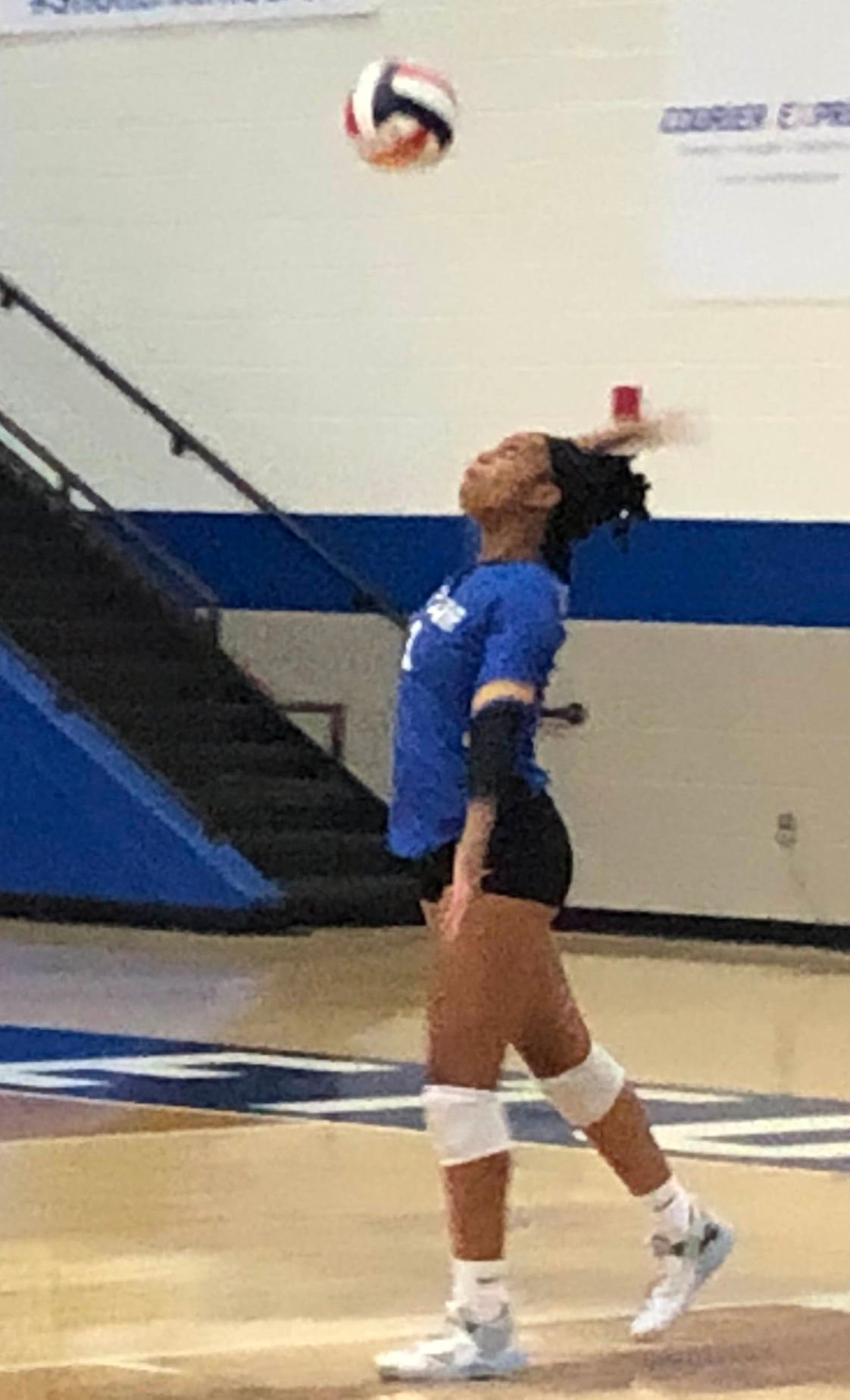 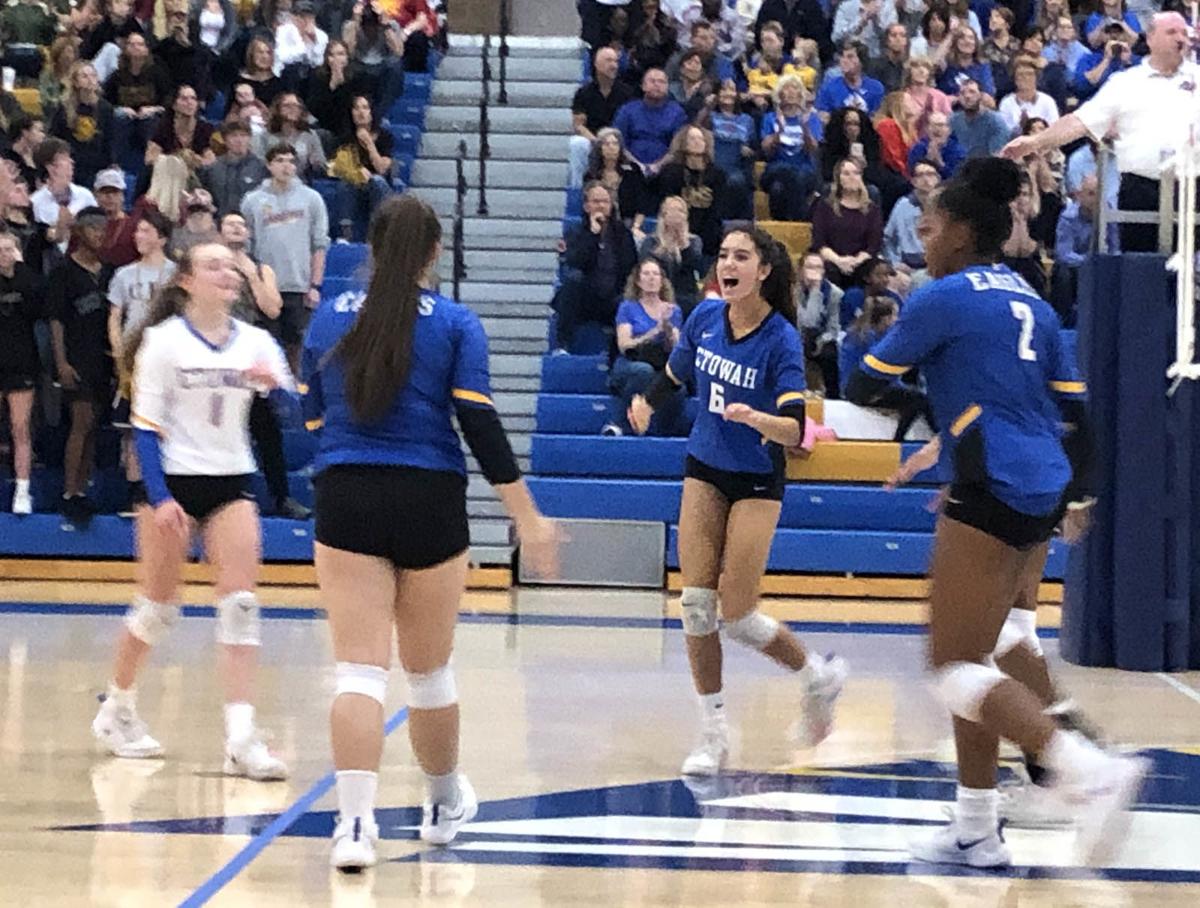 Etowah players celebrate a point against Lassiter in the Class AAAAAAA semifinal. 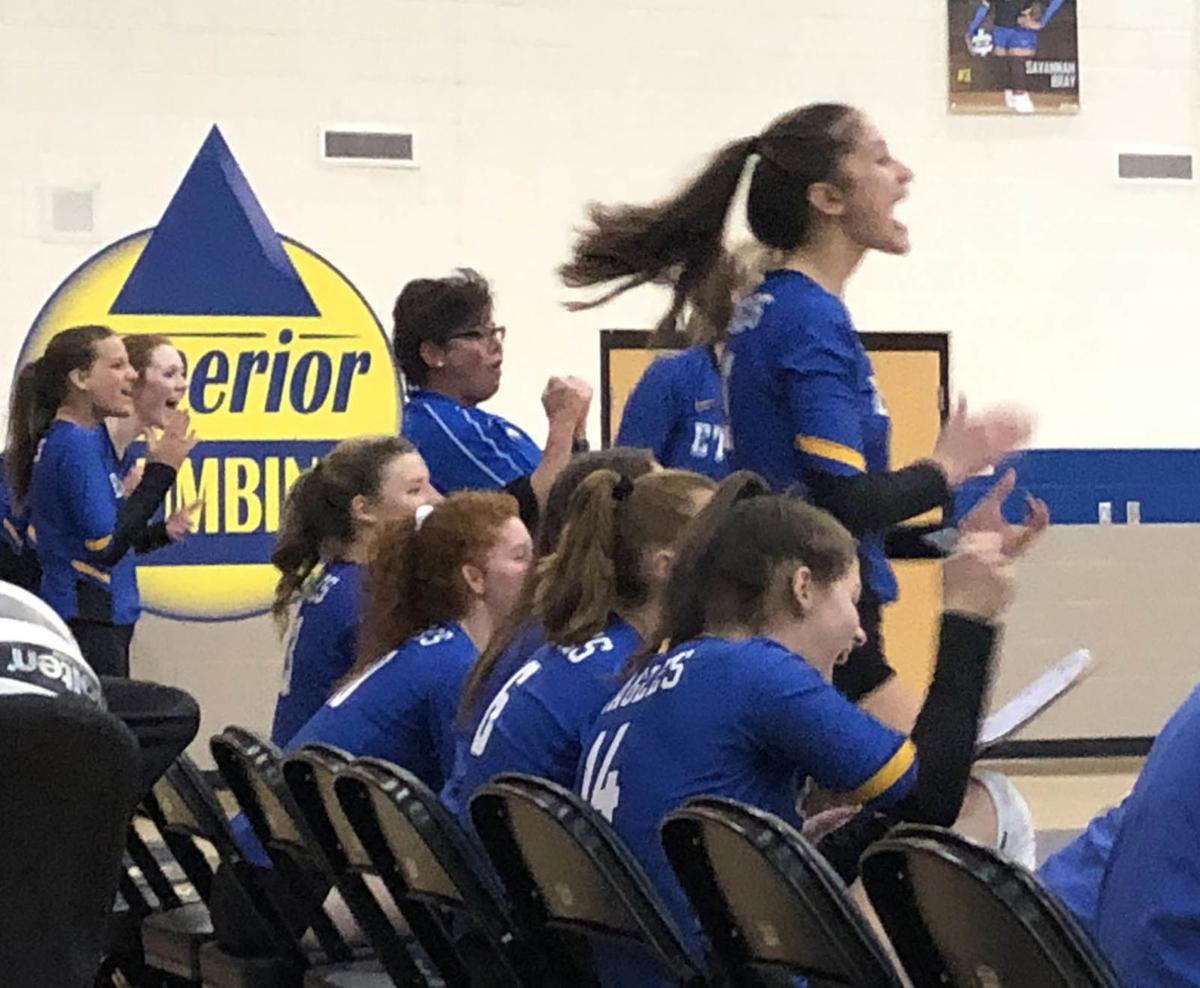 Etowah players cheer on from the bench against Lassiter in the Class AAAAAAA semifinal. 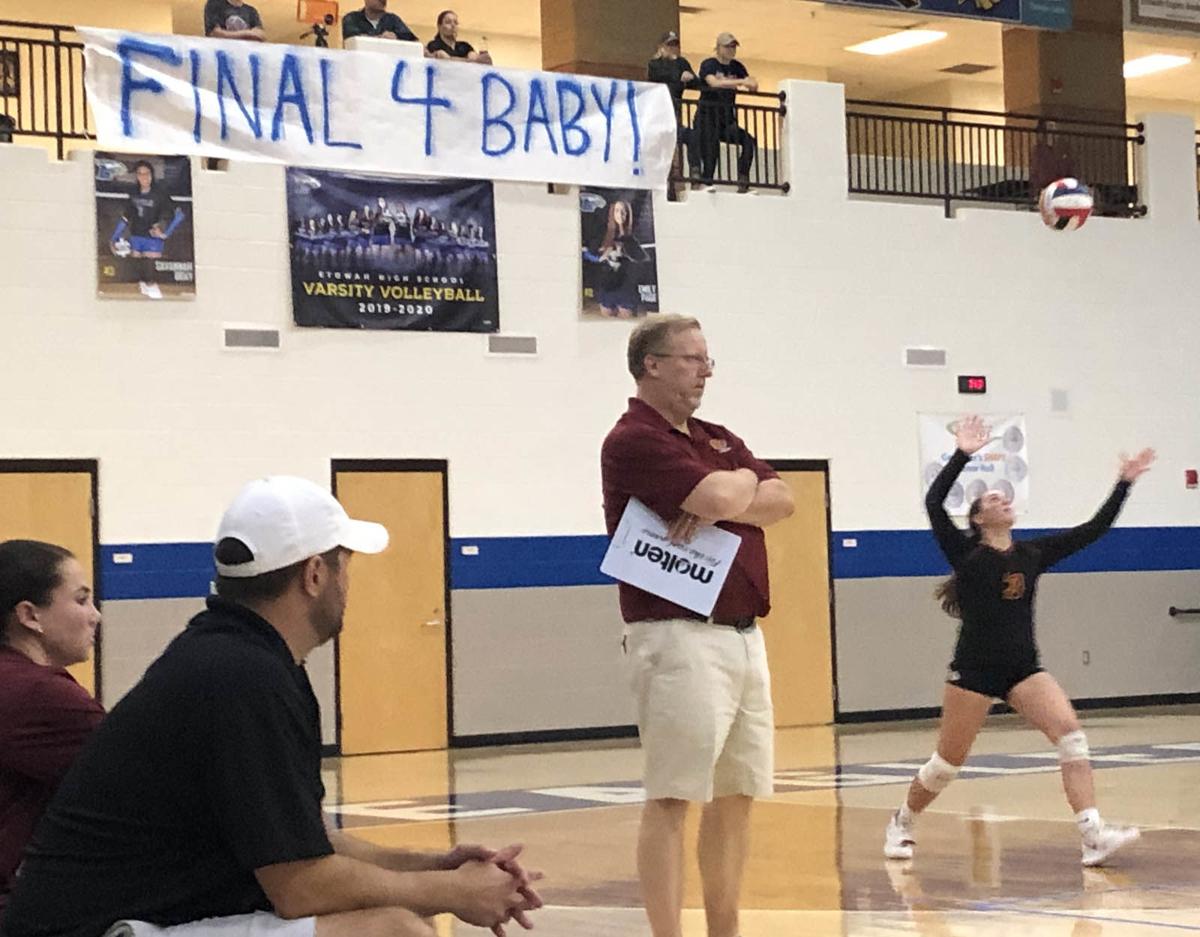 Etowah players huddle against Lassiter in the Class AAAAAAA semifinal.

An Etowah player goes on the attack against Lassiter in the Class AAAAAAA semifinal.

Etowah players celebrate a point against Lassiter in the Class AAAAAAA semifinal.

Etowah players cheer on from the bench against Lassiter in the Class AAAAAAA semifinal.

WOODSTOCK - Tuesday's Class AAAAAAA semifinal between Etowah and Lassiter had all the makings of being a finals-worthy matchup, but in the end, one side grabbed the momentum early and never let up.

Playing on the road in front of large assortment of students from both schools, Lassiter won 25-23, 25-18, 25-16 to sweep its way into Saturday's state final.

A midseason match between Lassiter and Etowah went to five sets, but on this occasion, the Lady Trojans methodically took down their Region 4AAAAAAA rival to advance to the program’s first state final since its runner-up finish in 2016.

All four teams in the Class AAAAAAA final four were from Region 4AAAAAAA, including Roswell, which lost to Walton in the other semifinal.

“This region has been the toughest region all year, and we had to bring our 'A' game tonight,” Lassiter coach Greg Hodge said. “I’m happy we got out of here in three because Etowah is still a very good team. I didn’t want to play anymore than three.”

A tight first set saw both teams with momentum at certain points and although Etowah (35-14) led briefly, Lassiter (34-7) seemed too complete of a team to stay down for very long.

Led by Claire Parsons and Kate Kudlac, who each finished with 11 kills, Lassiter began to slowly assert itself. Once the Lady Trojans took the first set, Etowah never seemed to regain enough steam to slow down the result.

“I think our passing broke down,” Etowah coach Kim Robertson said. “We couldn’t get the ball to our hitters, but credit to Lassiter because they served really well. They had a lot of aces and we had some serve-receive breakdowns.”

Lassiter finished with five aces, led by Parsons' two. The Lady Trojans looked like a complete side, with the passing and defense equally as good as the hitters and blockers at the net. Kate Bochniak recorded every assist for Lassiter, finishing with 33 to go along with 10 digs.

Lassiter seemed to get on the end of most of Etowah’s scoring chances, and libero Camille McCraw led the Lady Trojans with 12 digs.

According to McCraw, there was no room for hesitation with a player like Etowah’s Savannah Bray on the other side of the net.

“I’ve got hit in the face plenty of times, so I’m kind of used to it,” McCraw said. “We spent the whole week just focusing on Savannah, working on our blocking and just trying to shut her down. She’s an awesome player, and I was definitely shocked we won in three sets because, the first time we played them, it was really close.”

“It’s just crazy how it’s my last high school match,” she said. “I tried to be a mentor to these girls and give them someone to look up to. I tried to go as hard as I could every game and every practice, and I tried to make sure everyone else was, too. Lassiter was amazing tonight. I have to give it to them, and there was an amazing energy in the gym tonight. It’ll be a great final match. I know that.”

Robertson said reaching the final four is always an accomplishment, and that coaching a player like Savannah Bray is what she will remember most from this season.

Hodge and the Lassiter players celebrated on the floor after the match and will now prepare for Saturday's showdown with Walton.

“I love my team,” Hodge said. “They work hard, they’re a joy to coach and I love the fact they’re getting rewarded for it. My best player works as hard as my 12th player, and we’re peaking right now.

“We had to bring our best game tonight, and we came pretty close to that. We’re not afraid to play anyone, and we’ll go there on Saturday and try to give Walton a run for their money.”