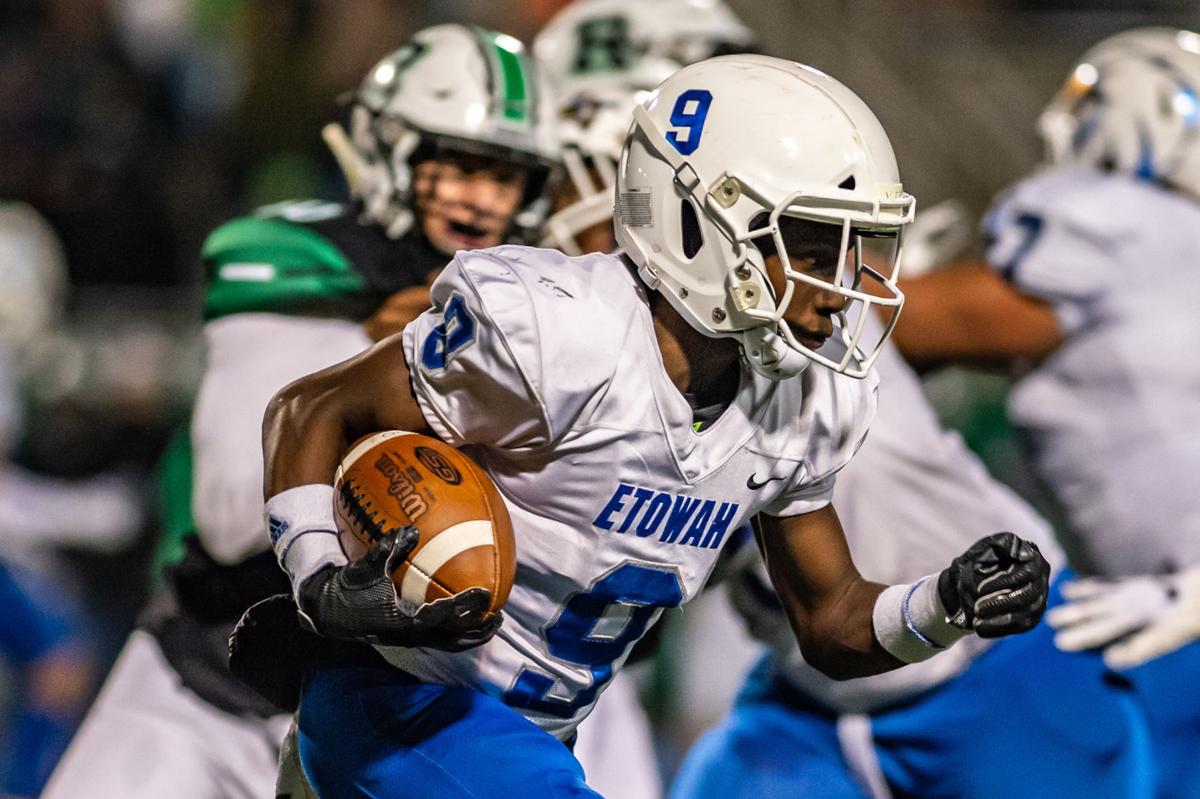 Etowah sophomore running back Remington Adams (9) carries the ball against Roswell during a game this past season. 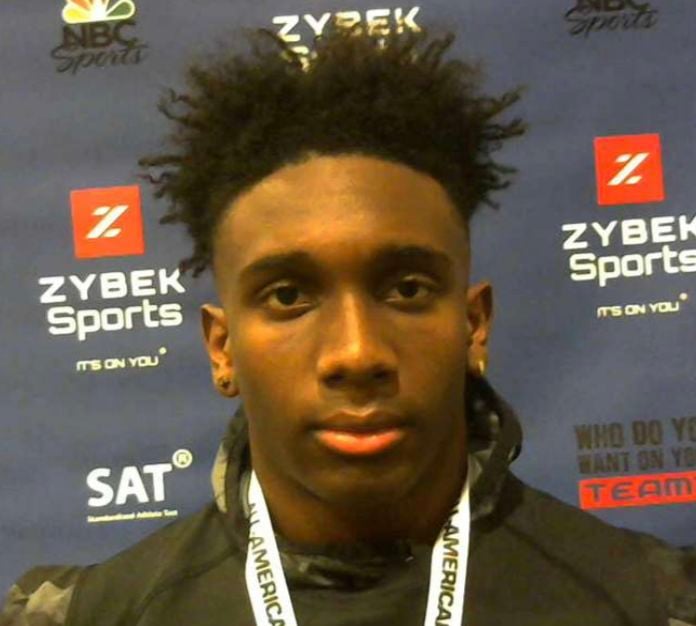 Etowah sophomore running back Remington Adams ran the second-fastest time in the 40-yard dash at the National Combine held in San Antonio this past Friday.

Etowah sophomore running back Remington Adams (9) carries the ball against Roswell during a game this past season.

Etowah sophomore running back Remington Adams ran the second-fastest time in the 40-yard dash at the National Combine held in San Antonio this past Friday.

Etowah sophomore running back Remington Adams scored with a 65-yard touchdown run on the Eagles’ first offensive snap in 2019 and this past Friday he displayed his dazzling speed once again.

Adams was one of 600 high school athletes from 44 different states around the country who were tested at the All-American Bowl National Combine in San Antonio this past weekend. The invite-only event included football players from the classes of 2021, 2022 and 2023 and Adams’ 4.497 laser-timed 40-yard dash was the second-fastest time recorded at this year’s combine.

Zybek Sports, a talent identification and performance analysis company which has been responsible for athlete testing at the NFL combine since 2011, measured all the athletes in San Antonio. Zybek Sports CEO and founder Mike Weinstein said in terms of 40-yard times at any level, Adams’ result is elite.

“85 percent of the athletes we test are five seconds or slower. ”

In sports, an athlete’s success can come down to milliseconds. One of Weinstein’s main goals at Zybek Sports is to standardize athlete testing and Zybek’s system puts the onus on the athlete.

Players line up in a three-point stance at the start of a 40-yard dash and their front hand is placed to block the path of an invisible laser. Once the hand is moved the laser’s path is cleared and the time begins. A laser measures the athletes finish as well and Weinstein said this process eliminates anyone beyond the athletes themselves from affecting the results.

The company has produced automated testing to measure everything from a 40-yard dash to the height of an athlete and Weinstein said a lot of his time is spent counseling parents to explain why their child’s true measurables aren’t exactly what they thought.

“I think it’s so important for people to understand that the electronic timing is really the athlete’s true time,’ Weinstein said. “You wouldn’t apply to a college with an academic SAT score that your parents graded. Well that’s really what’s been happening in athletics for a long time.

“I’ve been really intentional about branding this similar to the academic SAT because there are many studies showing the variability in how times are measured. Even something as simple as measuring an athlete’s height doesn’t have any standards that people can rely on.”

There were 27 athletes from Georgia in attendance at the event and Cherokee High School sophomore quarterback A.J. Swann was the only other player from Cherokee County.

In the world of big time college football, the coach’s job can rely, in part, on attracting the best athletes possible. Zybek Sports has seemingly cornered the market in terms of gaining a true understanding of a prospect’s measurables. Adams’ time, according to Zybek Sports, is a legit as it comes.

“These combine tests are really just designed to show what an individual’s athleticism is,” Weinstein said. “You can coach skills and understanding a playbook but it’s hard to coach athleticism.

“Everything else in sports is pretty subjective, but that’s why we say ‘It’s on you’ to the athletes we test because they’re the ones starting and stopping the time. Everyone is timed the exact same and it’s really foolproof.”