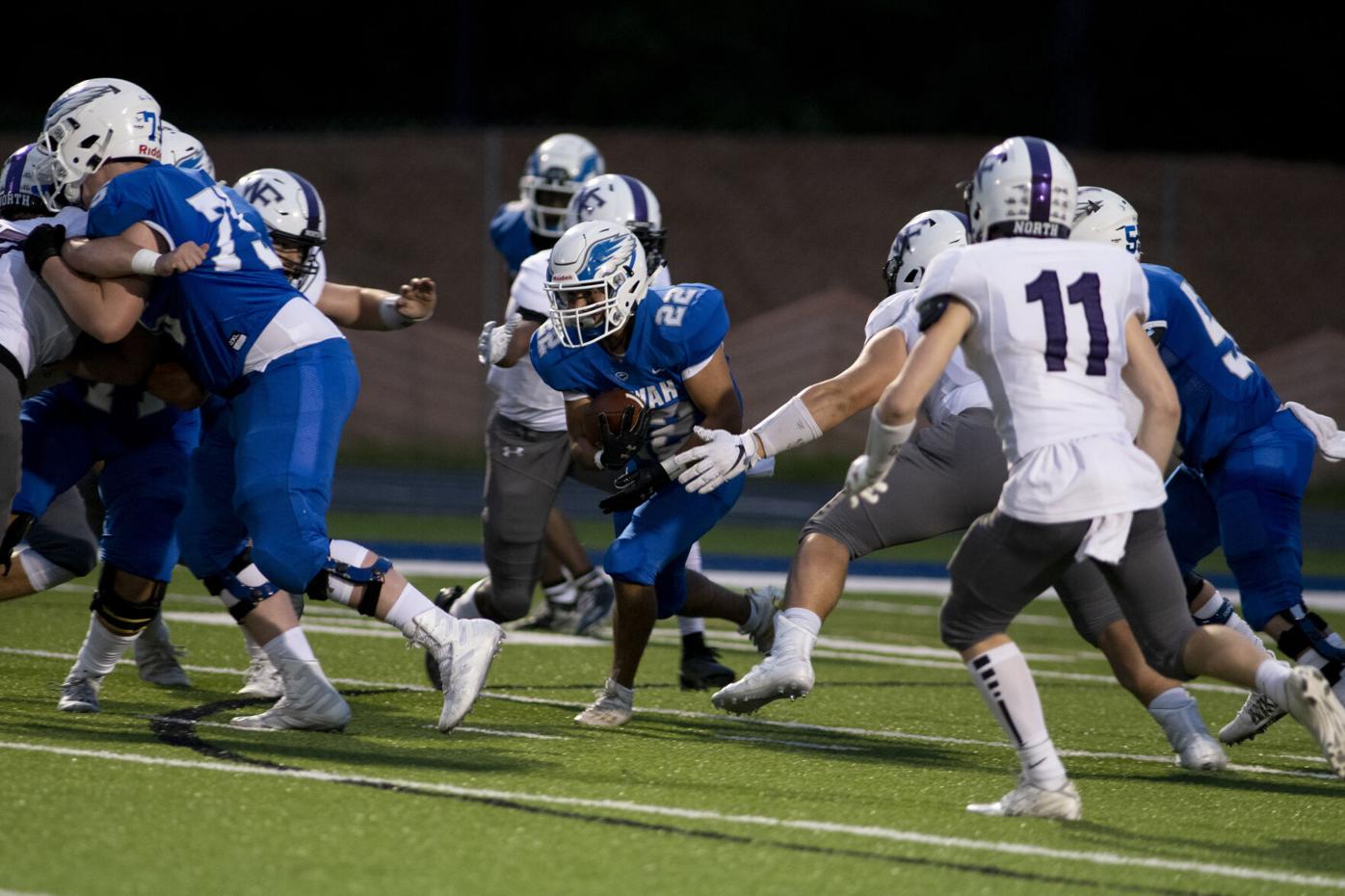 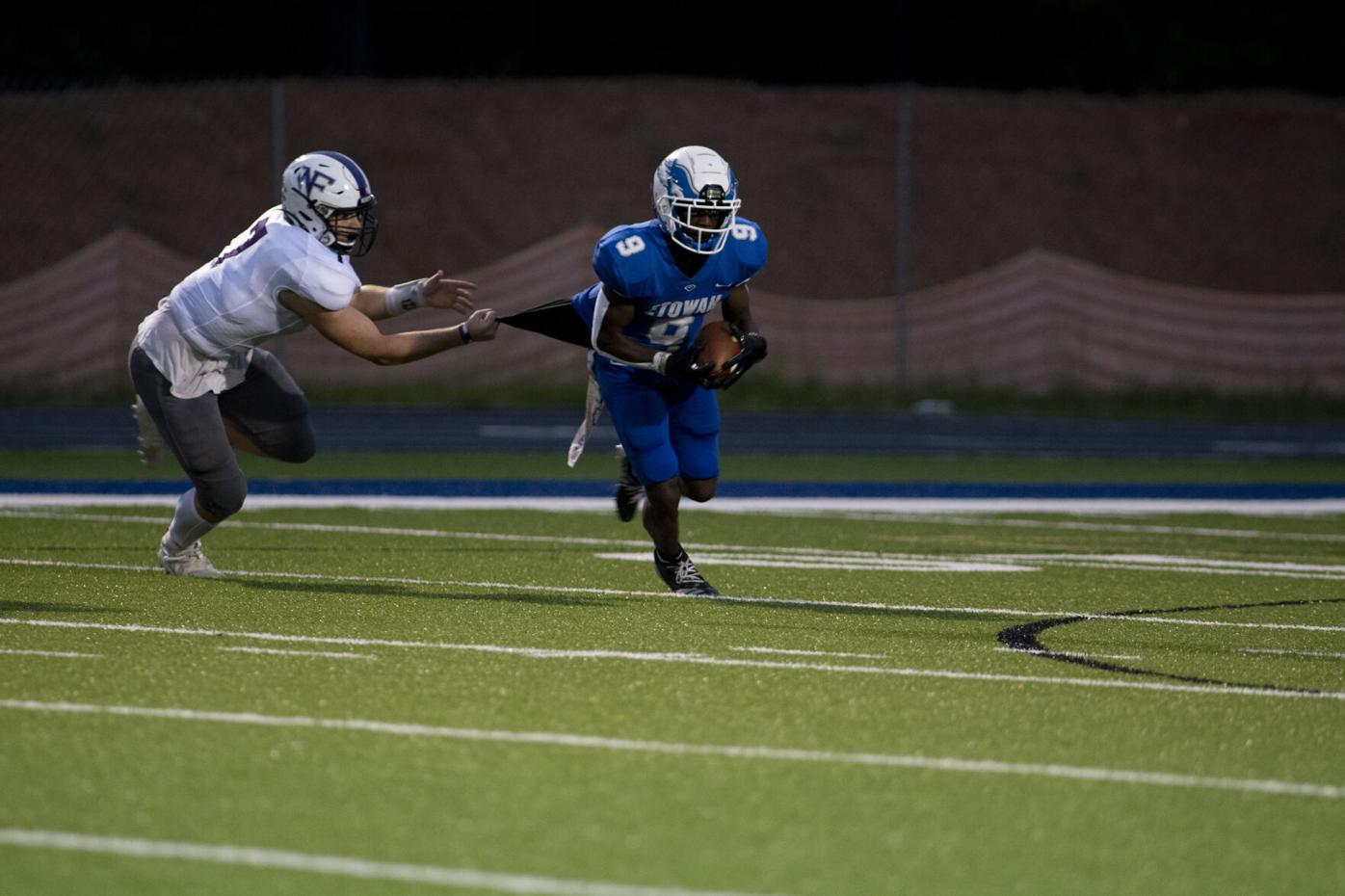 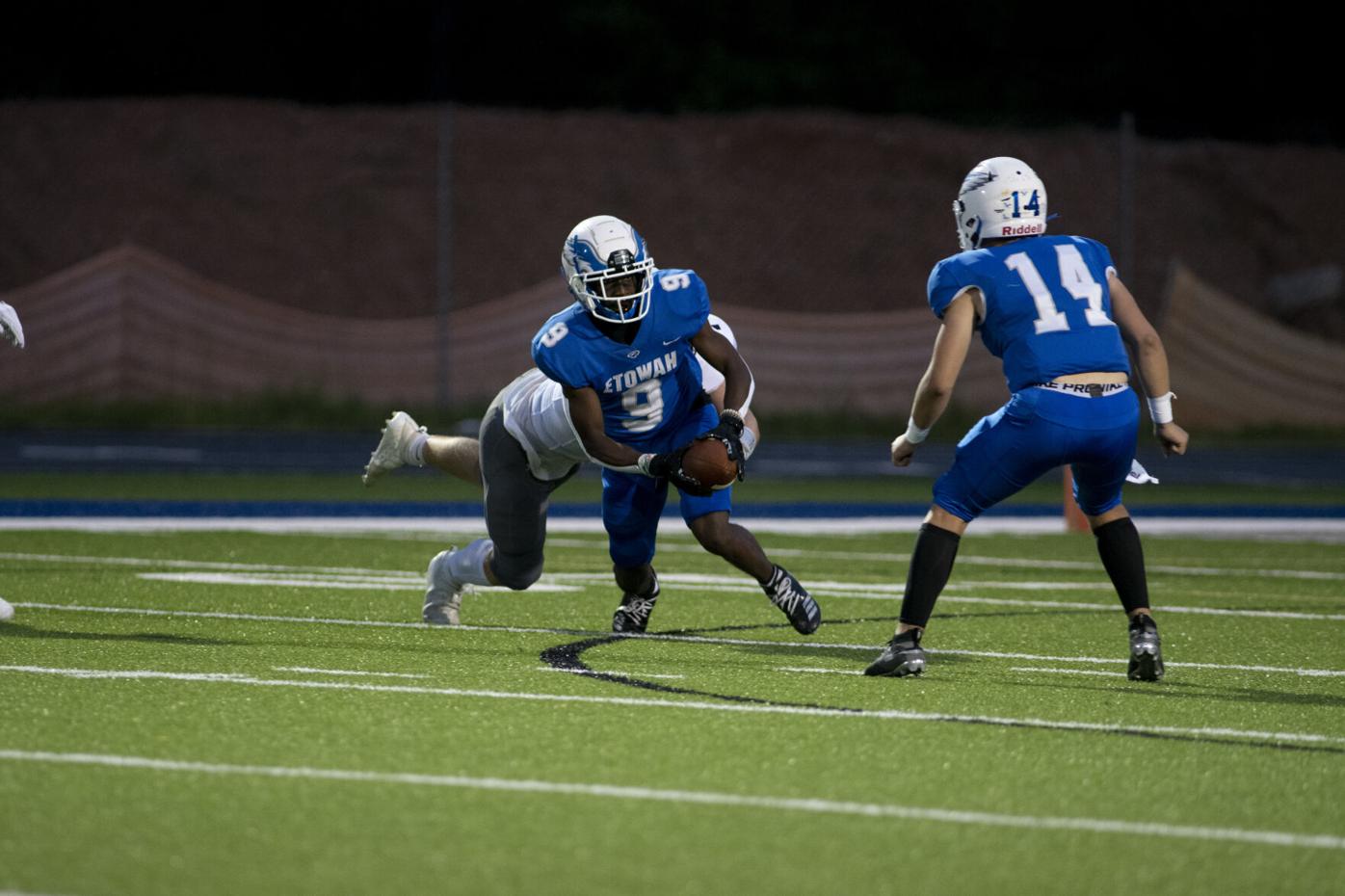 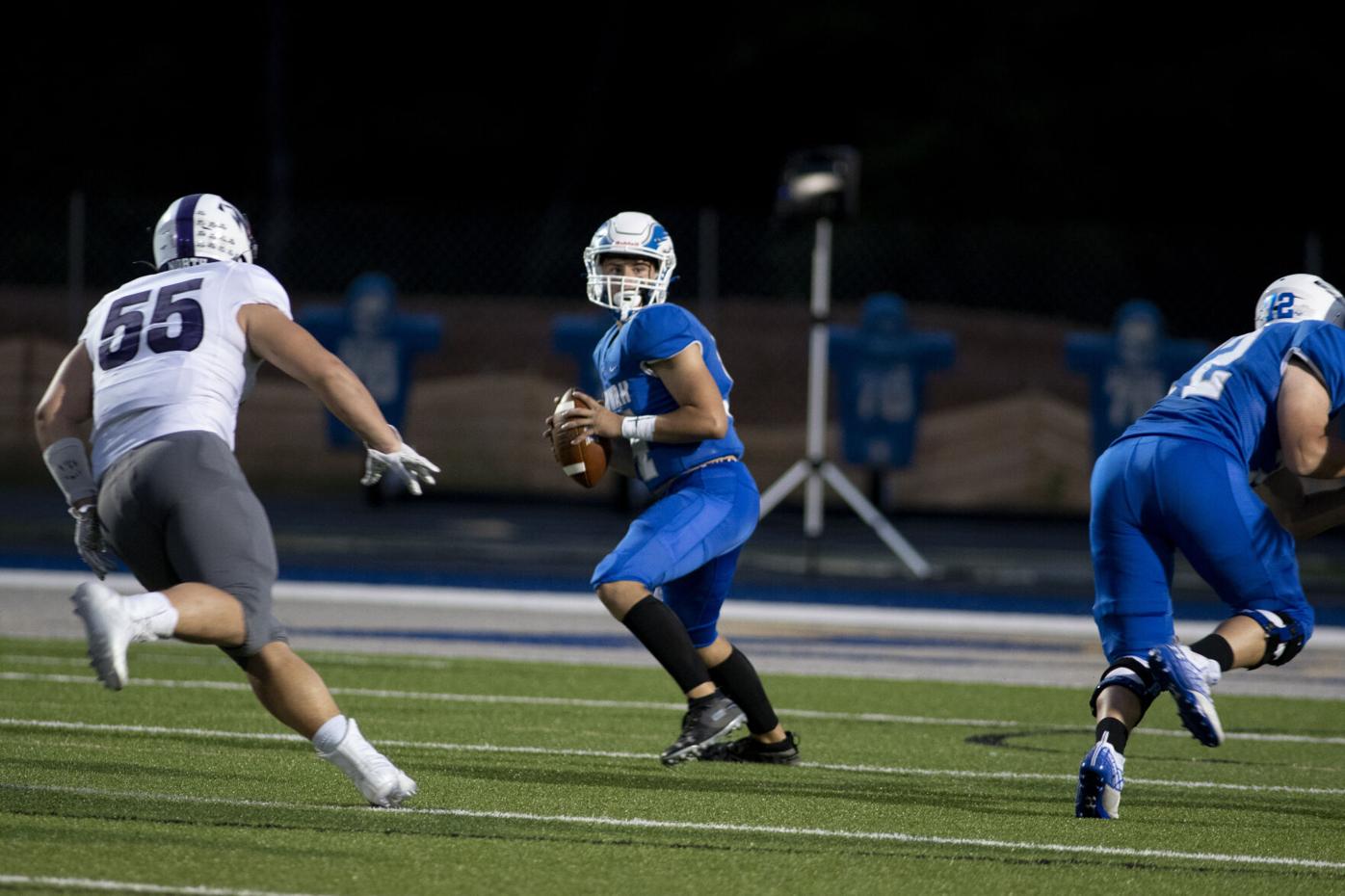 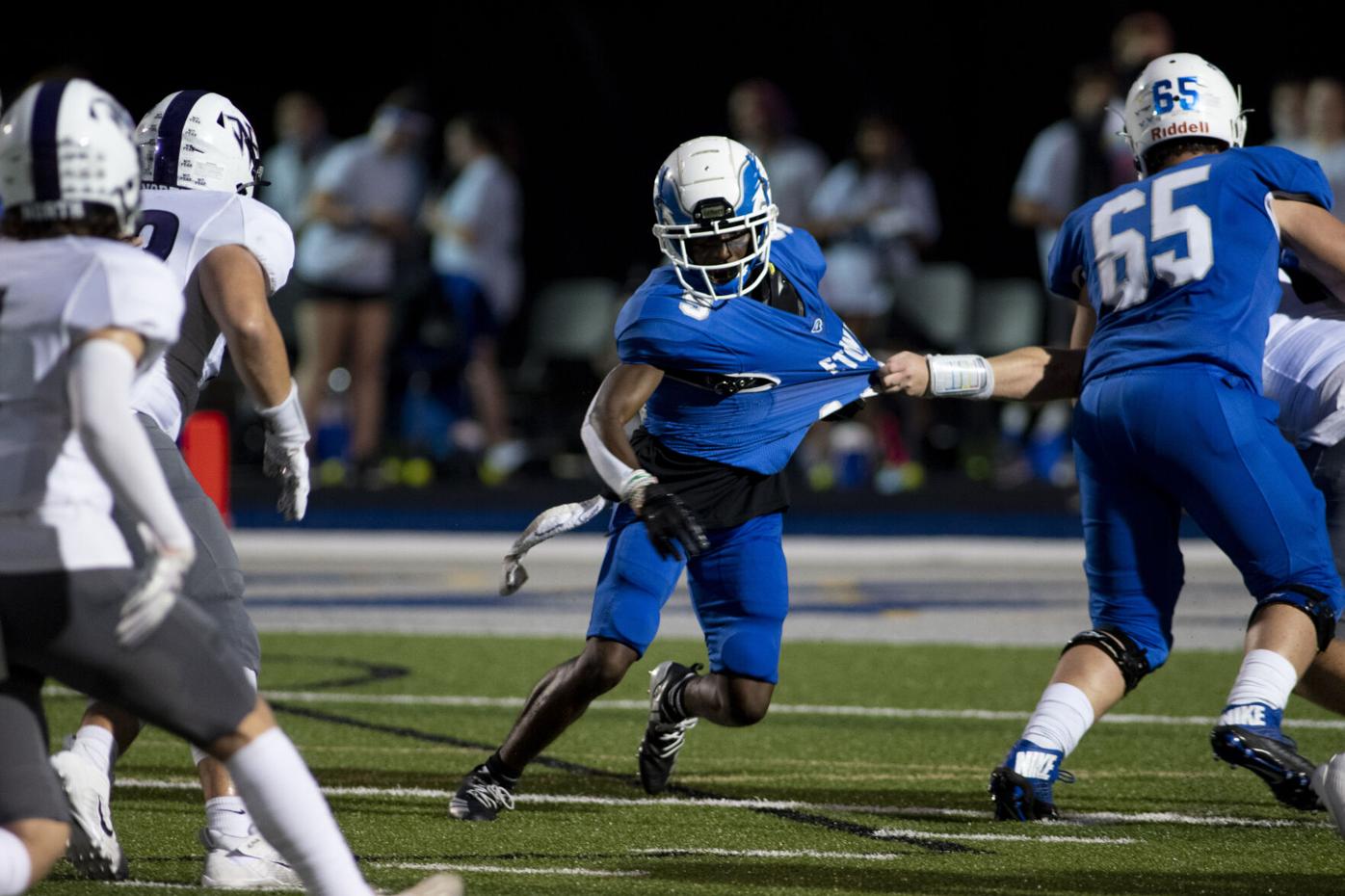 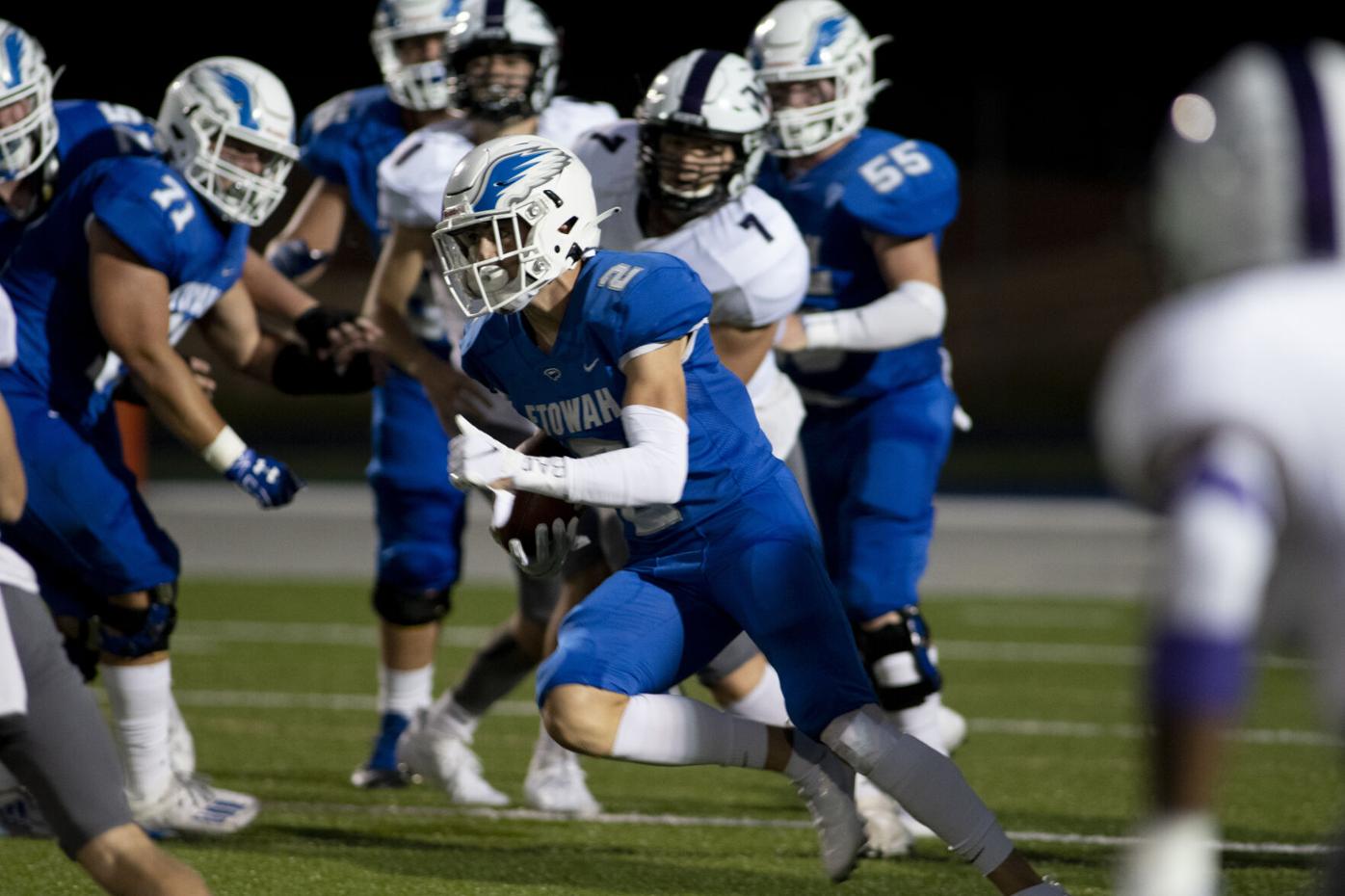 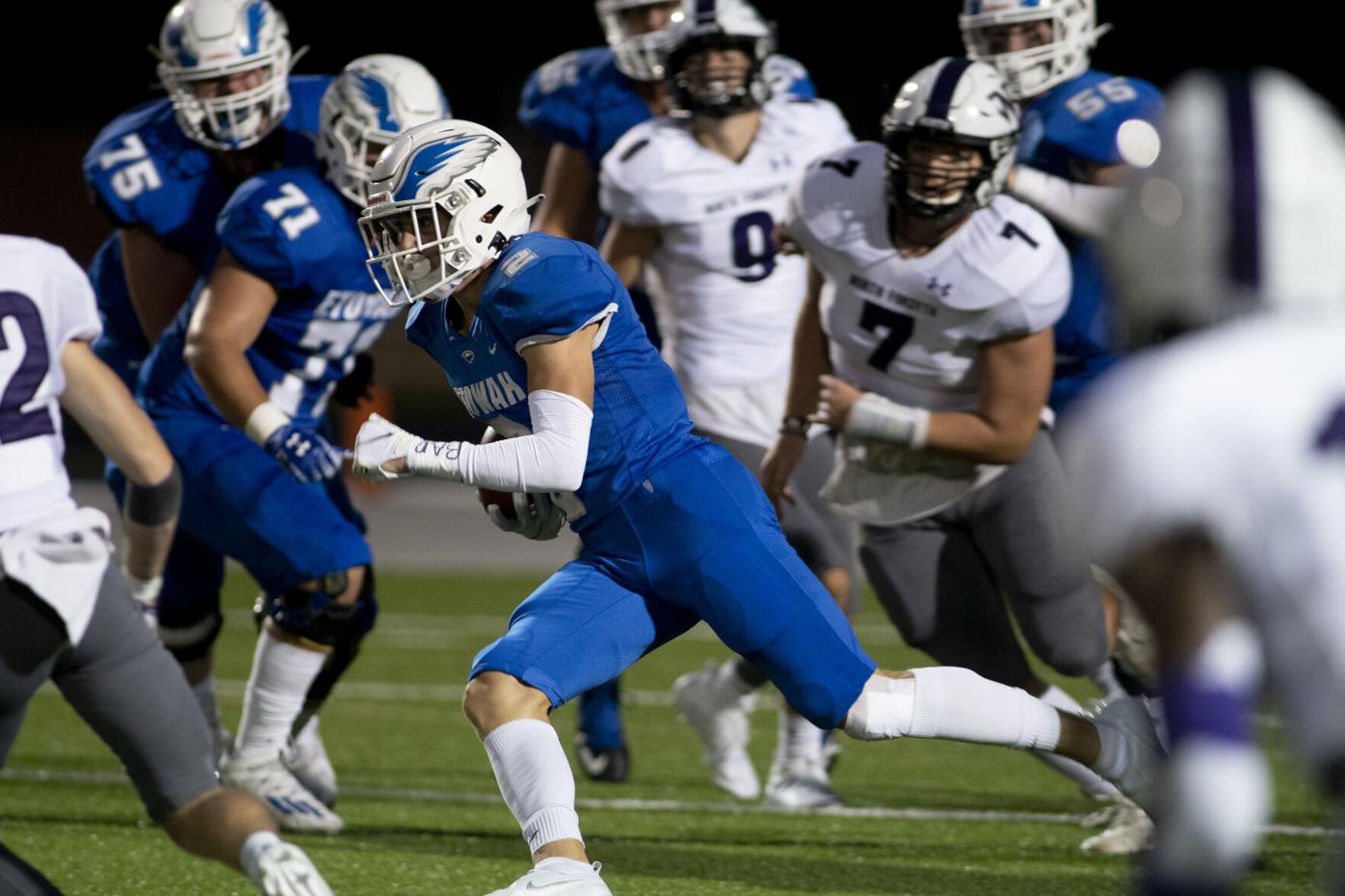 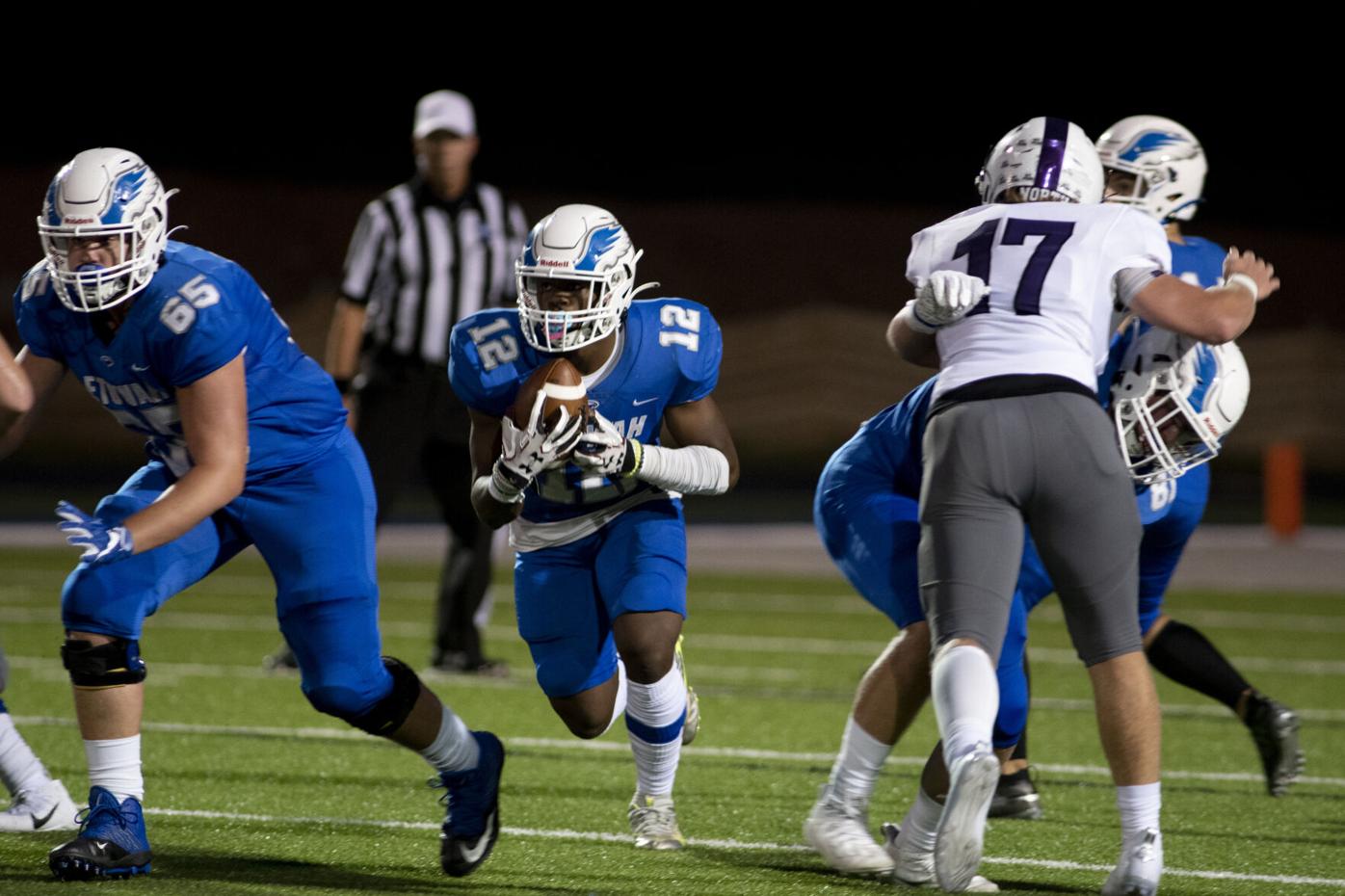 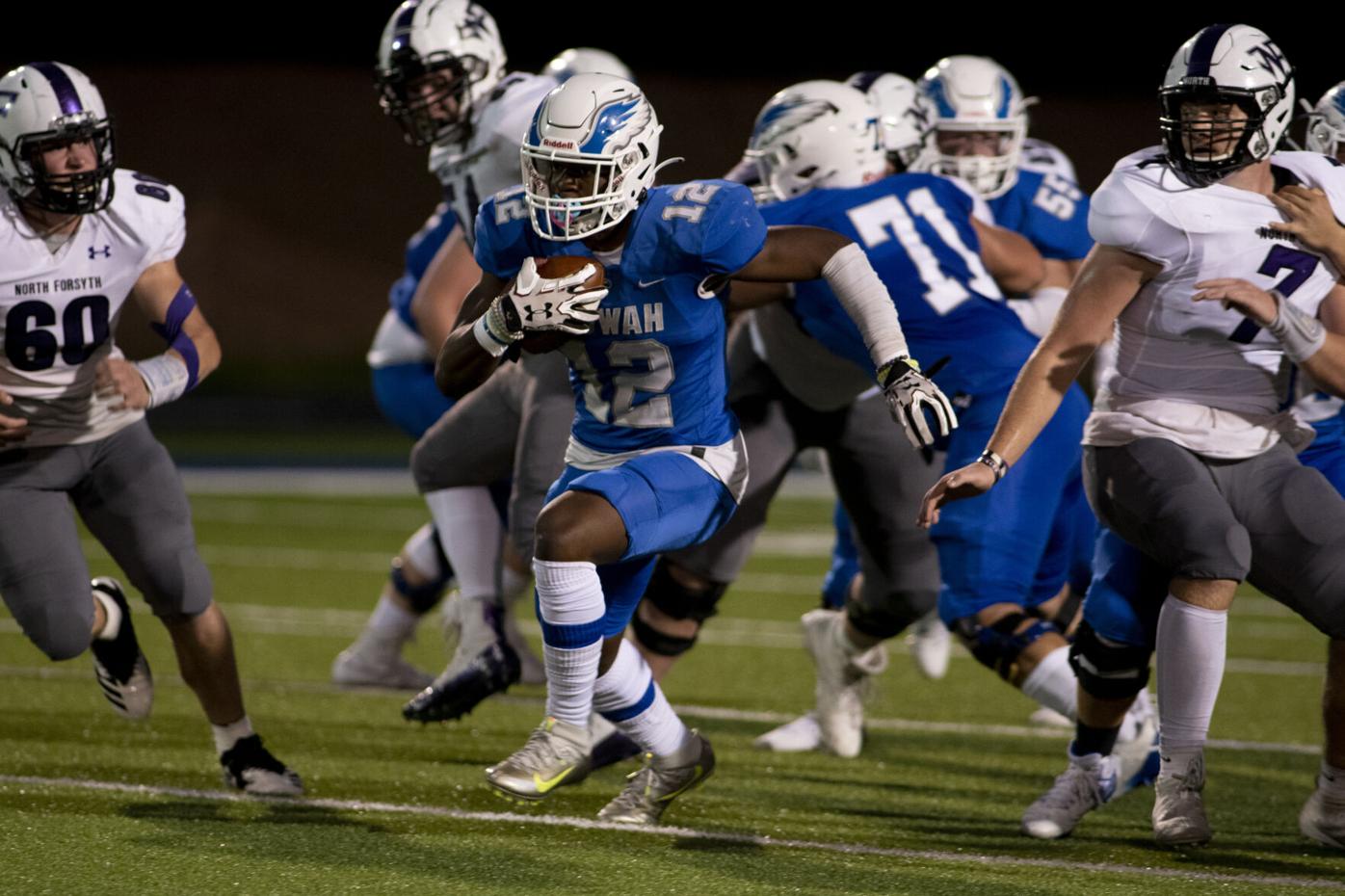 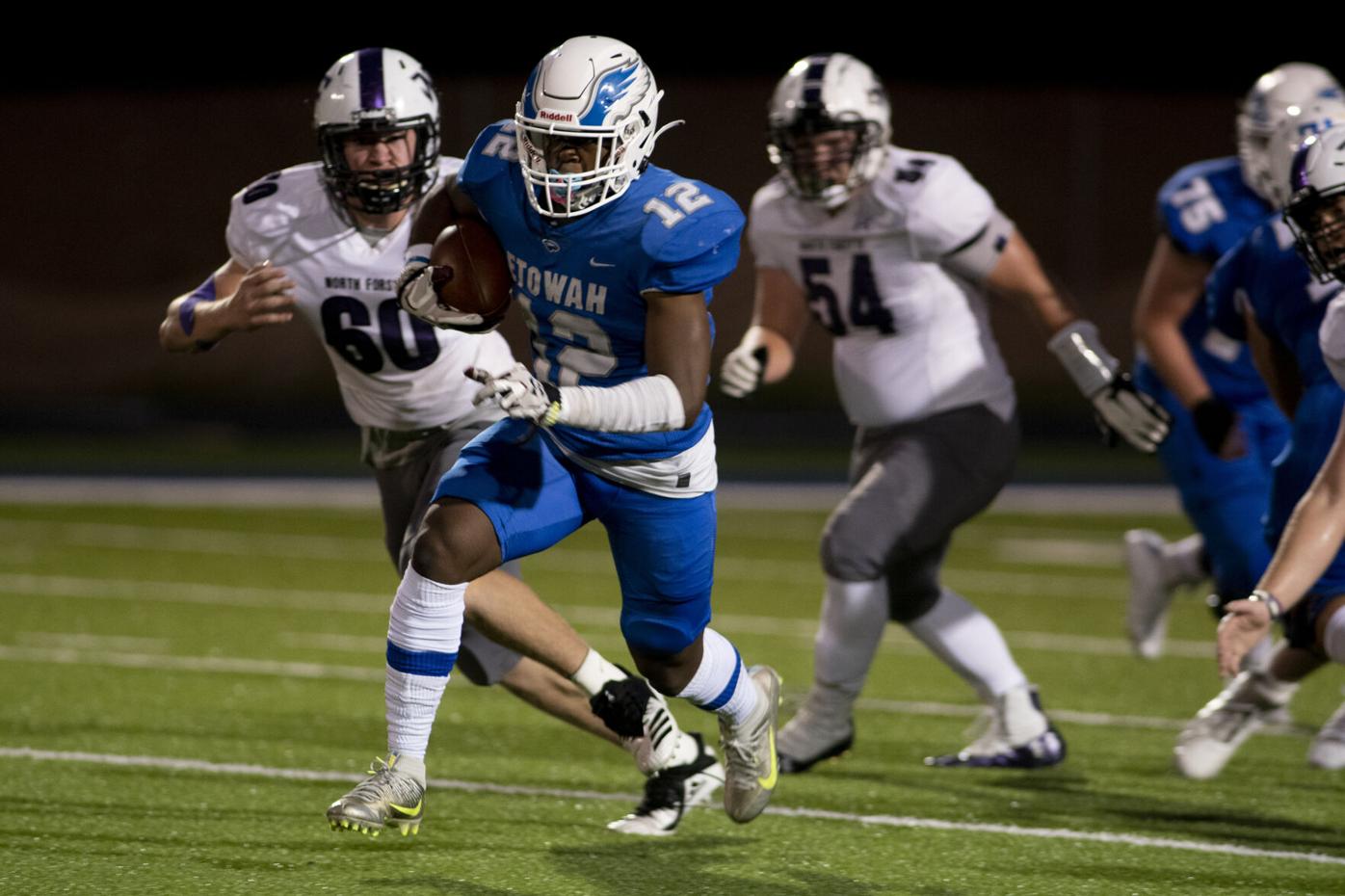 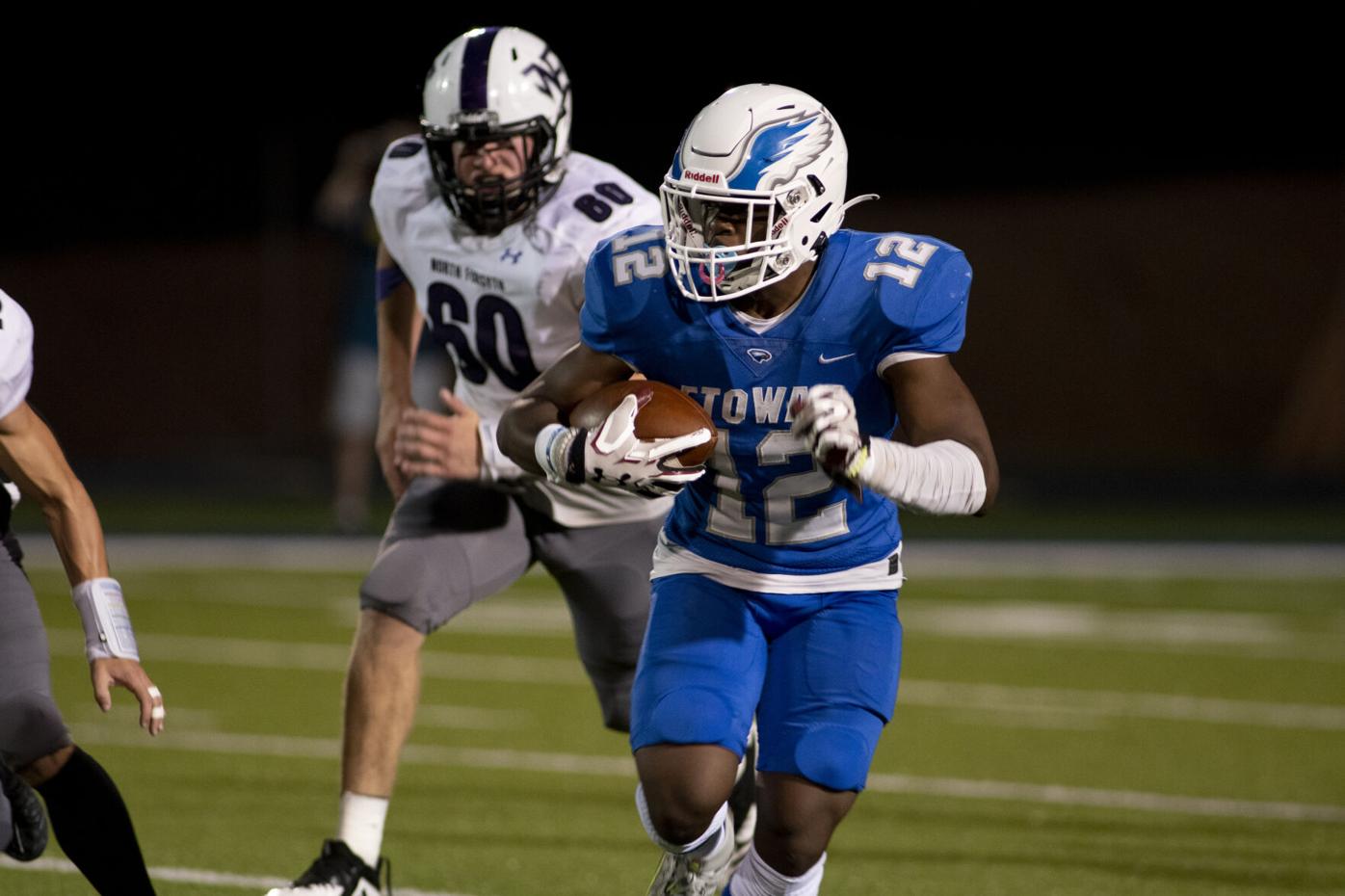 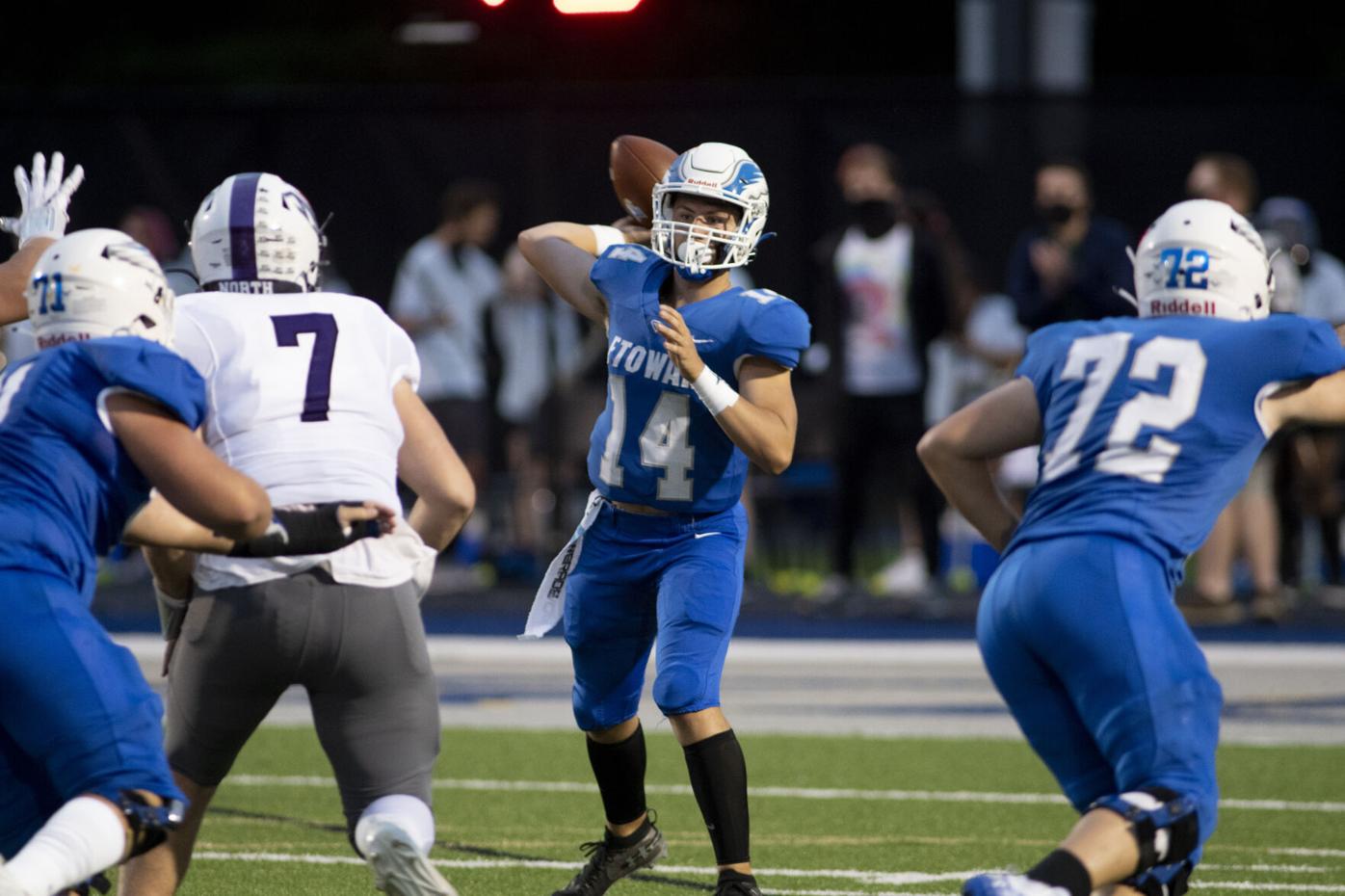 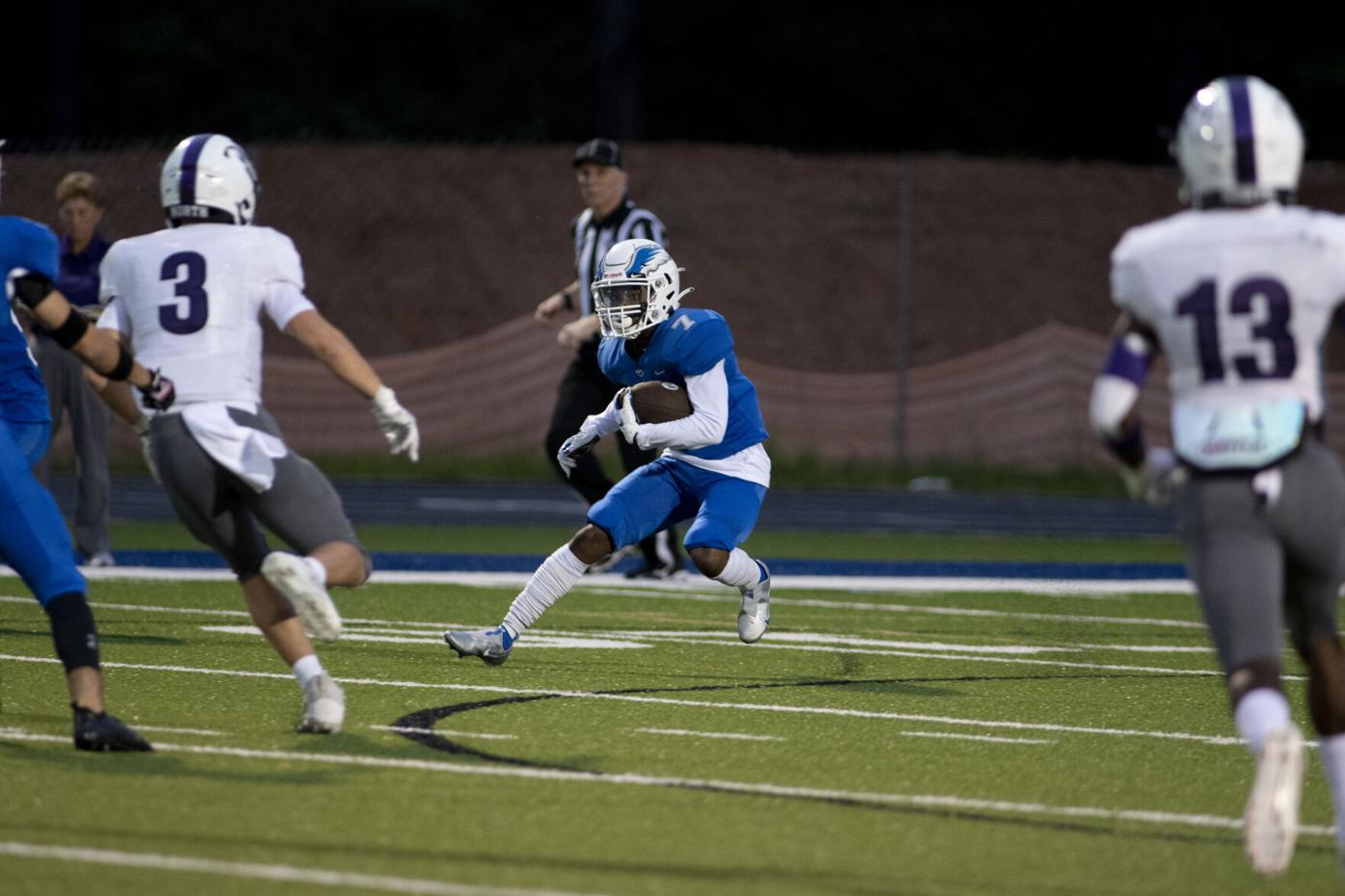 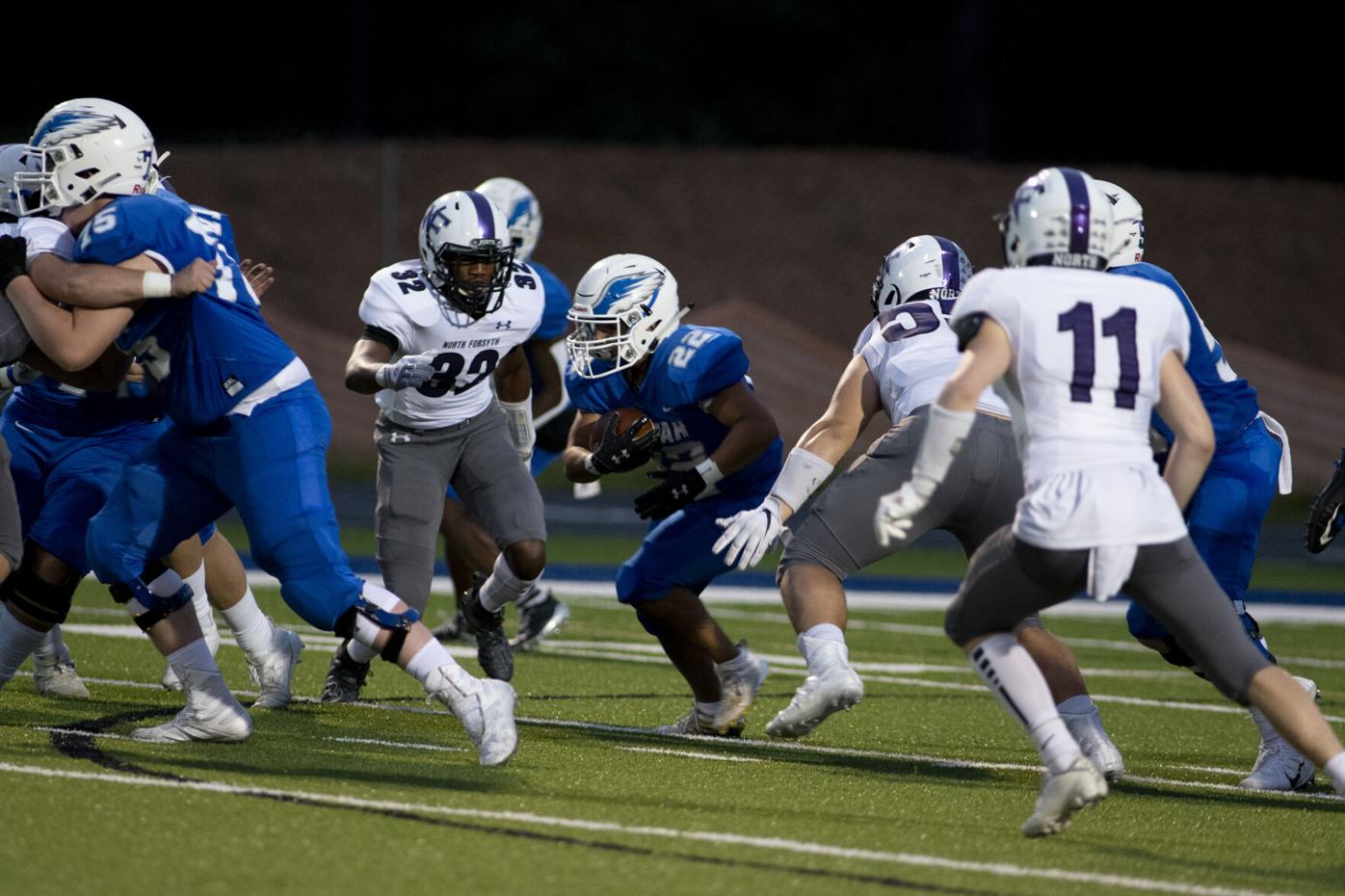 With the win, the Raiders (4-0) remained undefeated on the season, while Etowah (0-3) is still looking for its first win under new coach Matt Kemper.

“Three weeks ago, we took a snap against Creekview, and we had one varsity player that had taken an offensive snap," Kemper said. "I don’t fault the kids or their effort. That was a big test, and we needed a small miracle or two and didn’t get it."

North Forsyth's defense set the tone early. On the game’s first play from scrimmage, defensive back Jumel Lewis intercepted Will Curcio’s pass and returned 20 yards it for a touchdown.

After a slow start, the Raiders’ offense found its rhythm in the second quarter.

Patrick Corrigan finished off a four-play, 43-yard drive with a 4-yard scoring run to push North Forsyth lead to 14-0. The next series, quarterback Brady Meitz found Austin Colon across the middle for a 24-yard scoring toss to push the lead to 21-0.

After going three-and-out on its next possession, Etowah found some success on the legs of running back Klivert Many.

The senior carried four times to get the Eagles down to North Forsyth’s 18-yard line. That would be as close as Etowah would get to scoring on the night though, as the Raiders stuffed Many on fourth down rushing attempt.

Many was a bright spot for the Eagles, finishing the game with 100 yards on 16 carries.

“He’s a kid that’s got a ton of ability," Kemper said. "He’s big, strong, good speed. He’s continued to come along, running behind his pads and run with authority."

Despite the offensive struggles, Etowah’s defense came out ready to play.

The Eagles held North Forsyth scoreless on their first three possessions. Additionally, Etowah kept North Forsyth’s offense out of the end zone in the second half. The only scoring play for either team in the second half came late in the third quarter when Drew Aucoin recovered a blocked punt in the end zone, giving the Raiders their final margin.

“The defense played lights-out and played hard,” Kemper said. “That is a ginormous football team, and we’re undersized defensively, but our guys played their hearts out. We just can’t have them on the field so long.”

Etowah will travel to North Cobb next Friday.