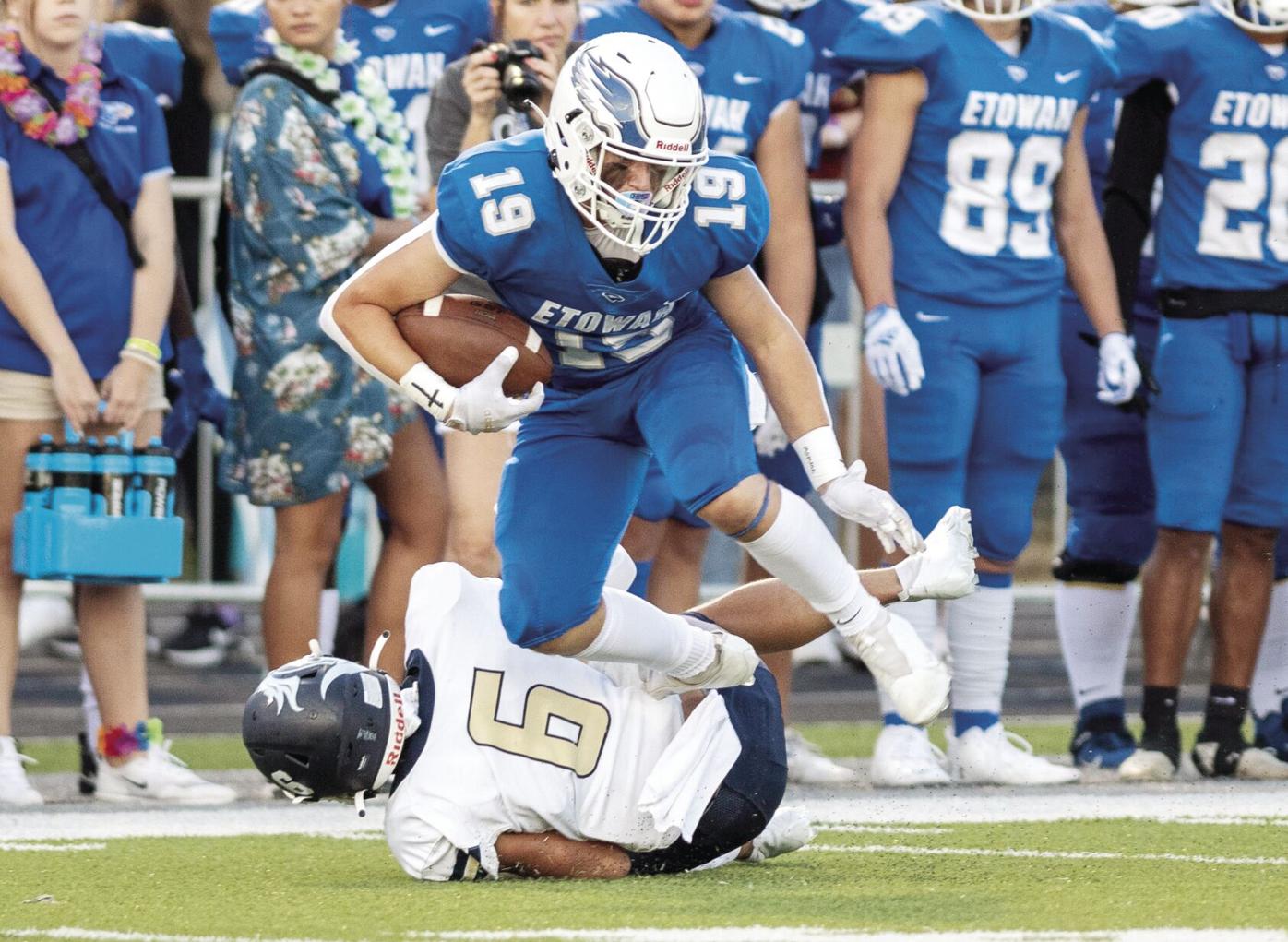 Etowah's Will Pailthorpe (19) gets tripped up after making a catch in Friday night's game against River Ridge. (Photo: Anthony Stalcup) 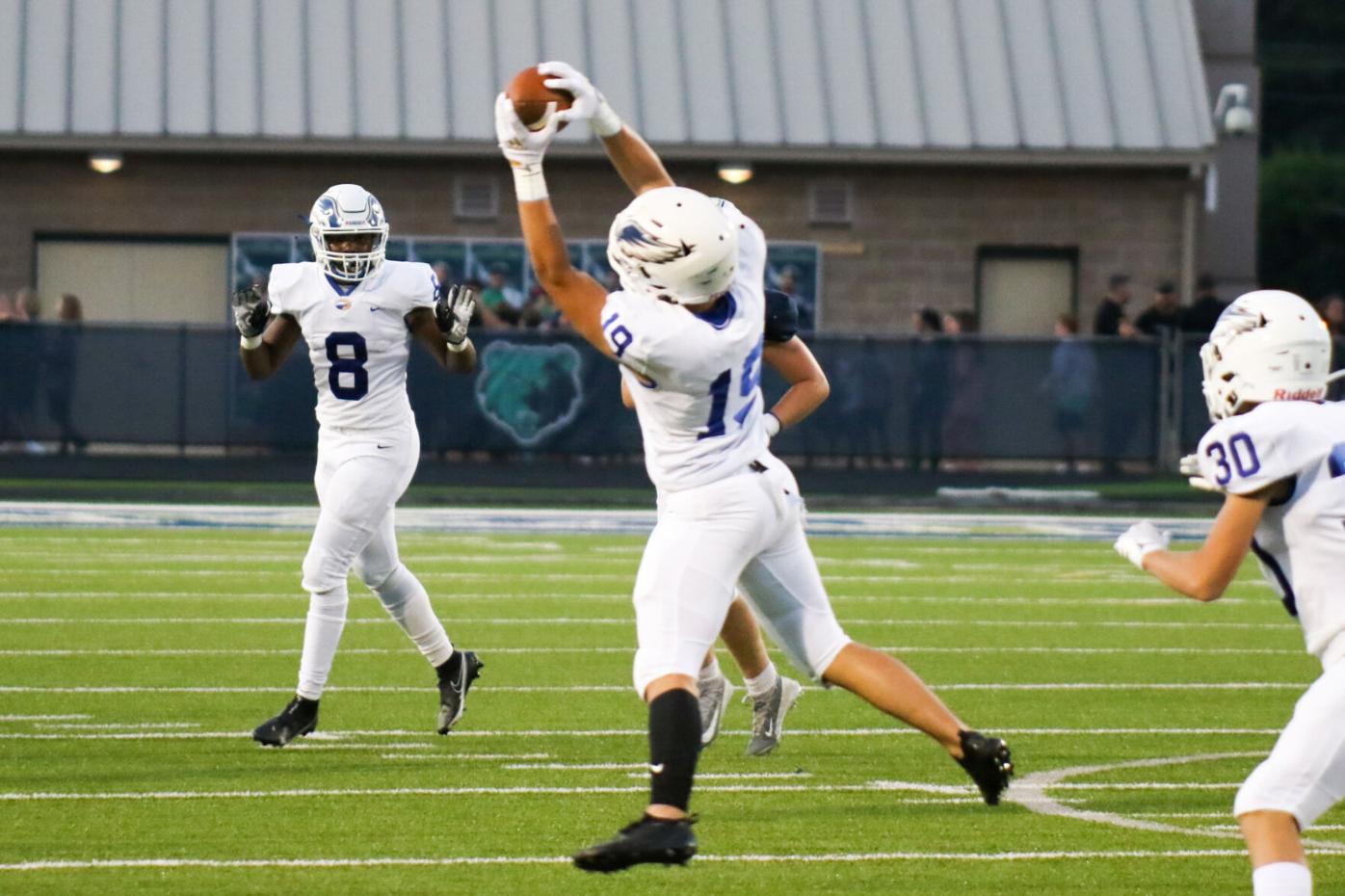 Will Pailthorpe makes the grab on the pass across the middle

Etowah's Will Pailthorpe (19) gets tripped up after making a catch in Friday night's game against River Ridge. (Photo: Anthony Stalcup)

Will Pailthorpe makes the grab on the pass across the middle

Etowah’s game against River Ridge last week showed a significantly better Eagles team than the one that played in the season opener against Creekview.

Etowah (0-2) had two weeks to prepare for River Ridge, and it showed with an impressive defensive effort.

After scoring a combined 84 points in their first two games, the high-powered Knights offense was kept down in a game where Etowah showed a rejuvenated approach, though River Ridge still won 22-7.

“The defensive staff had a great plan, and the kids played really hard,” Etowah coach Matt Kemper said. “There were a lot of positives on that side of the ball in particular.”

The defense was key in setting up the offense’s lone touchdown. It recovered a bad snap on a punt attempt that set the offense up for the score.

“We are not built to put 40 points up on the board,” Kemper said. “We have to play great defense to try and try to be opportunistic on offense. We have to make plays on special teams, and things happened for us early with the bad snap on a punt.”

Etowah will return a few players from injury this week against North Forsyth (2-1). Kemper said that would surely help, but it will be hard to get past the youth on the offense.

“We are just so young on the outside at receiver,” he said. “There are some kids there who will be good players, but we are playing a lot of sophomores and don’t have any sprinters on the outside. We need to throw possession-down passes.”

Though Etowah did show plenty of improvement, the team is still without a win. Things will only get more difficult as the season progresses and teams continue to improve and find their identities.

“I told the kids that we were much more competitive,” Kemper said. “I’ve got to think (River Ridge) will challenge for its region title. We had a good, solid practice, and we have to stack those together. It does not get any easier this week.”

Etowah will need to be physical on defense again this week to keep the North Forsyth offense down. In their two wins this season, the Raiders have scored a combined 79 points.

North Forsyth boasts an imposing running back in 6-foot-3, 230-pound senior Patrick Corrigan, who has 208 yards and two touchdowns on 33 carries this year. With the help of their leading rusher, the Raiders racked up 428 total yards last week.

“They pound on you, lean on you and wear you down,” Kemper said. “They chew up the clock, and before you know it, you are in the fourth quarter.”