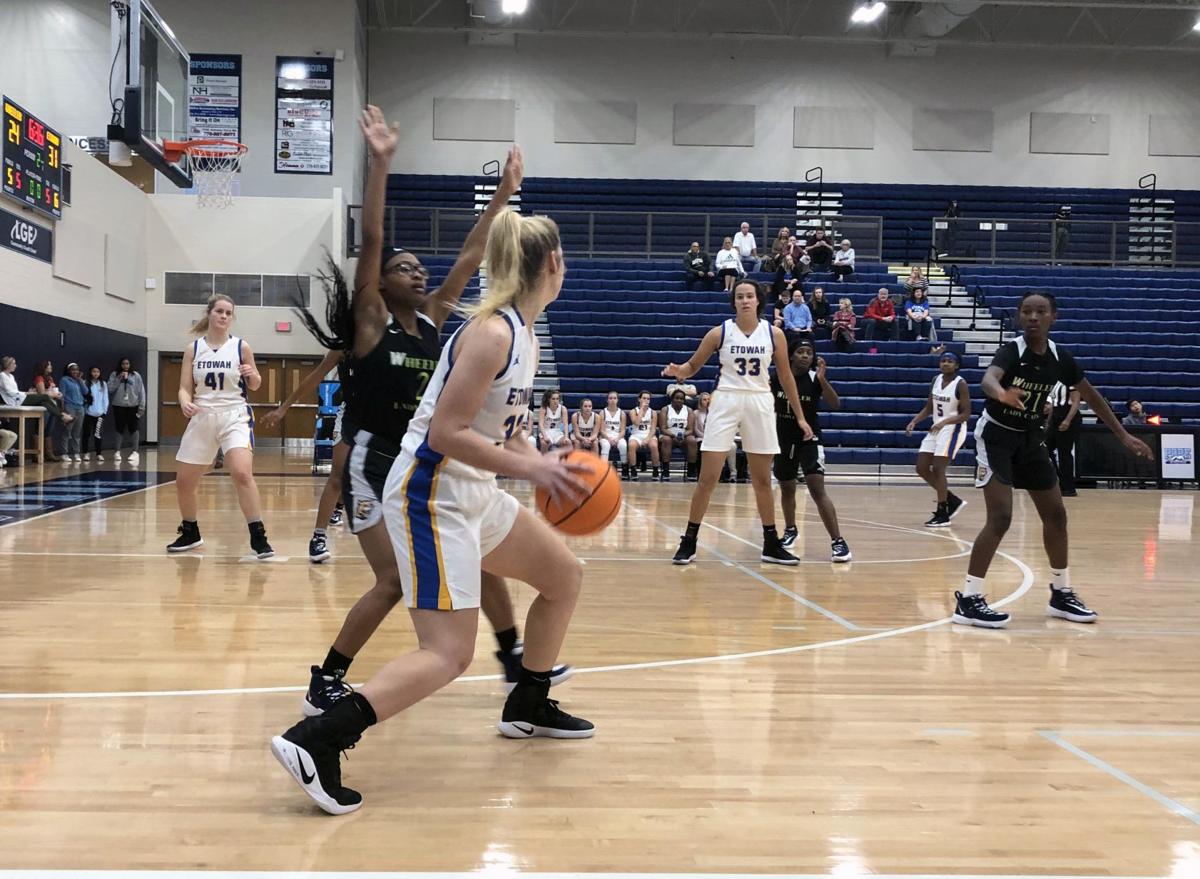 Etowah’s Ally Zazzara looks for a teammate to pass to during the second half against Wheeler on Monday afternoon at Pope High School in Marietta. 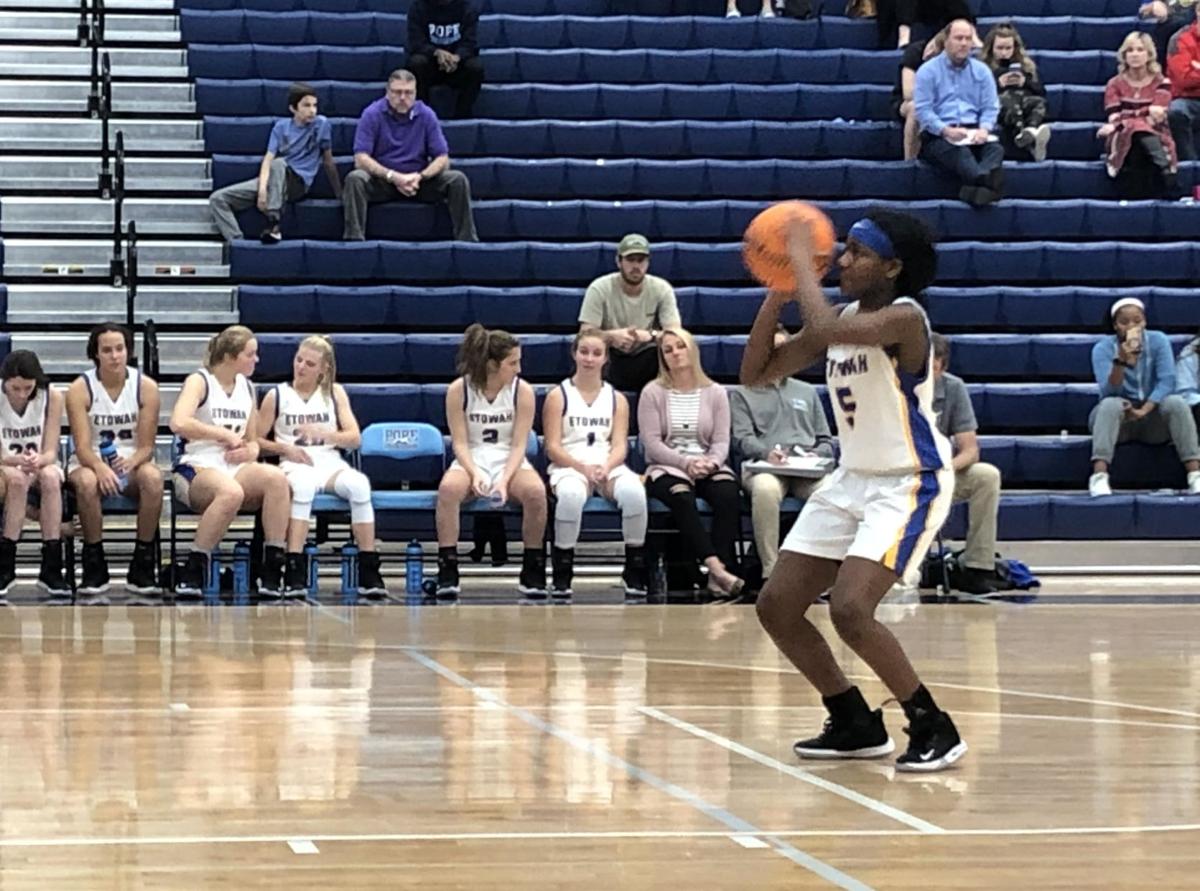 Etowah’s Ally Zazzara looks for a teammate to pass to during the second half against Wheeler on Monday afternoon at Pope High School in Marietta.

MARIETTA — Etowah coach Steve Graner said his team ran into a bit of a buzzsaw on the first day of the Hounds Holiday Hoop Classic, but he was pleased with the response that followed.

Playing on the third and final day of the tournament, Etowah defeated Wheeler 53-42 on Monday afternoon at Pope High School. With the win, Etowah (9-6, 1-1) finished in fifth place at the holiday tournament and took a bit of positive momentum into what is sure to be a challenging next few weeks.

Kell defeated Etowah 67-32 on Friday night to open the tournament and the Lady Eagles responded with a 75-31 win over Apalachee on Saturday, setting up Monday’s game against Wheeler.

“I don’t think our girls responded physically in that game on Friday night,” Graner said. “I don’t think we were expecting that game to be as physical as it was. But today I thought we played really well and did the little things we should have done on Friday.”

Etowah was led by senior Ally Zazzara who scored a game-high 18 points. The University of Tennessee soccer commit showed off her athletic ability on the court, drilling four 3-pointers and controlling the pace of the game in the second half.

Freshman guard Jada Peterson continued to show development for the Lady Eagles as she scored 11 of her 16 points in the first half. Peterson was also critical on the other end of the floor guarding Wheeler’s Jadah Waite, as Etowah used multiple players to slow down the Lady Wildcats’ senior guard.

“I thought Jada played really well and she’s only going to get better,” Graner said. “Throwing her into a role like that today is a big challenge.”

Etowah’s size began to take its toll on Wheeler in the second half, however, as Jordan Jordan and Kinsey Norton asserted themselves on the offensive glass.

Jordan finished with seven points while Norton finished with four and each recorded a number of offensive rebounds which gave Etowah numerous second-chance opportunities.

“I very rarely ever play Kinsey (Norton) and J.J. (Jordan) at the same time, if ever,” Graner said. “I really kind of liked that combination today though, so that might be something I’ll have to do though, especially against the taller teams.”

“These last three games showed us we can step it up if we have to,” Graner said. “Wheeler is a good team with two really good players and our girls were able to step up to shut them down today.”

Etowah will play next at 6 p.m. on Friday at Roswell.